Pasha Shisha Lounge is currently open but their offerings and services may be affected due to the pandemic. Please contact the business directly for more information about any changes. Is this your business? Please contact us if you would like to update this message.

Pasha Shisha Lounge is a rare hookah bar located in the heart of downtown Toronto.

The first lounge of its kind to open since Toronto's crackdown on hookah bars, Pasha Shisha manages to function despite the City's bylaws by offering herbal shisha for customers to smoke instead of the tobacco kind. 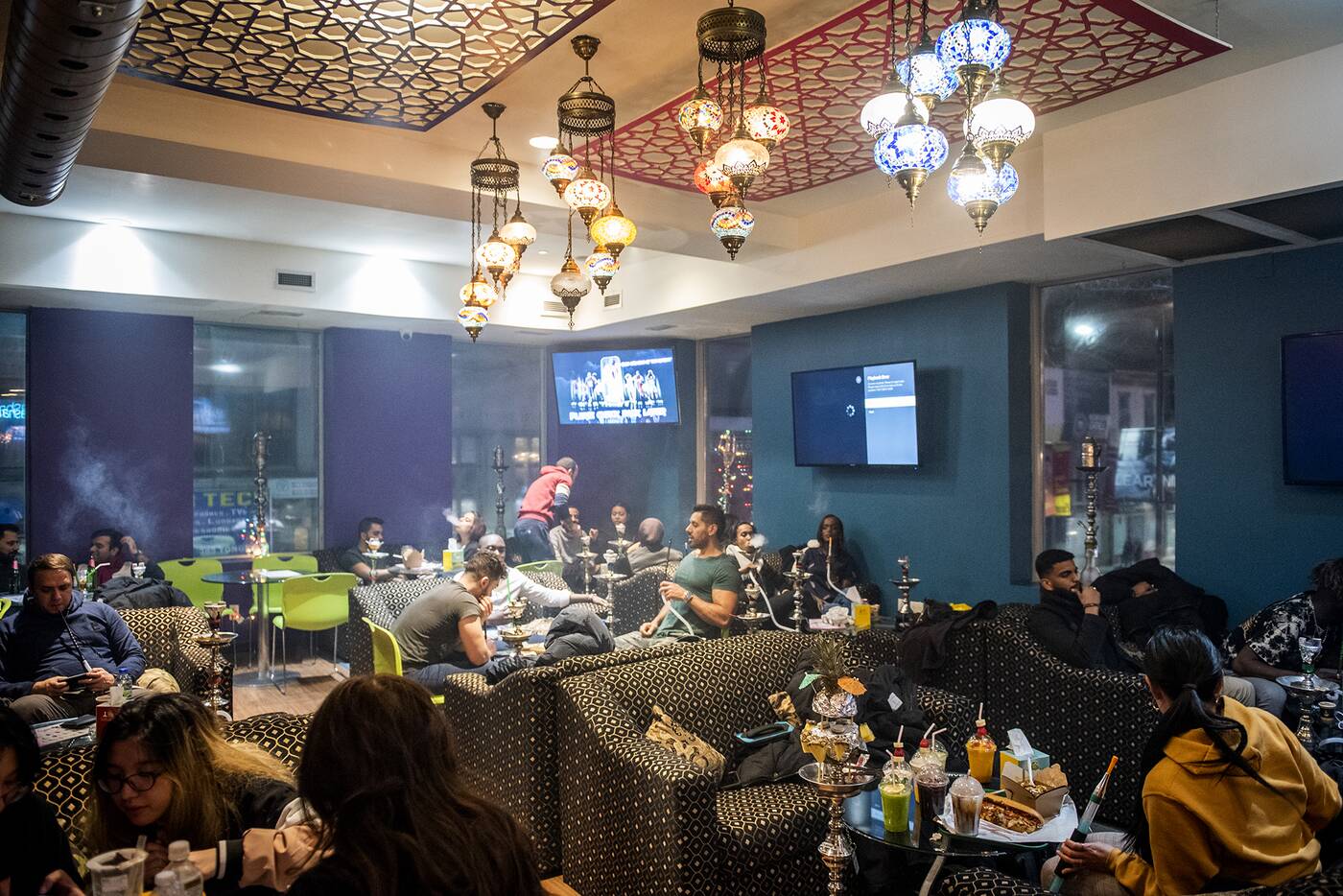 The fact that it's herbal shisha doesn't make the smoke any less potent. Sitting on the second floor atop the food hall that holds Cheers Cut and Thai Express, the activities of the lounge upstairs subsequently makes the entirety of the first floor smell like sweet shisha smoke. 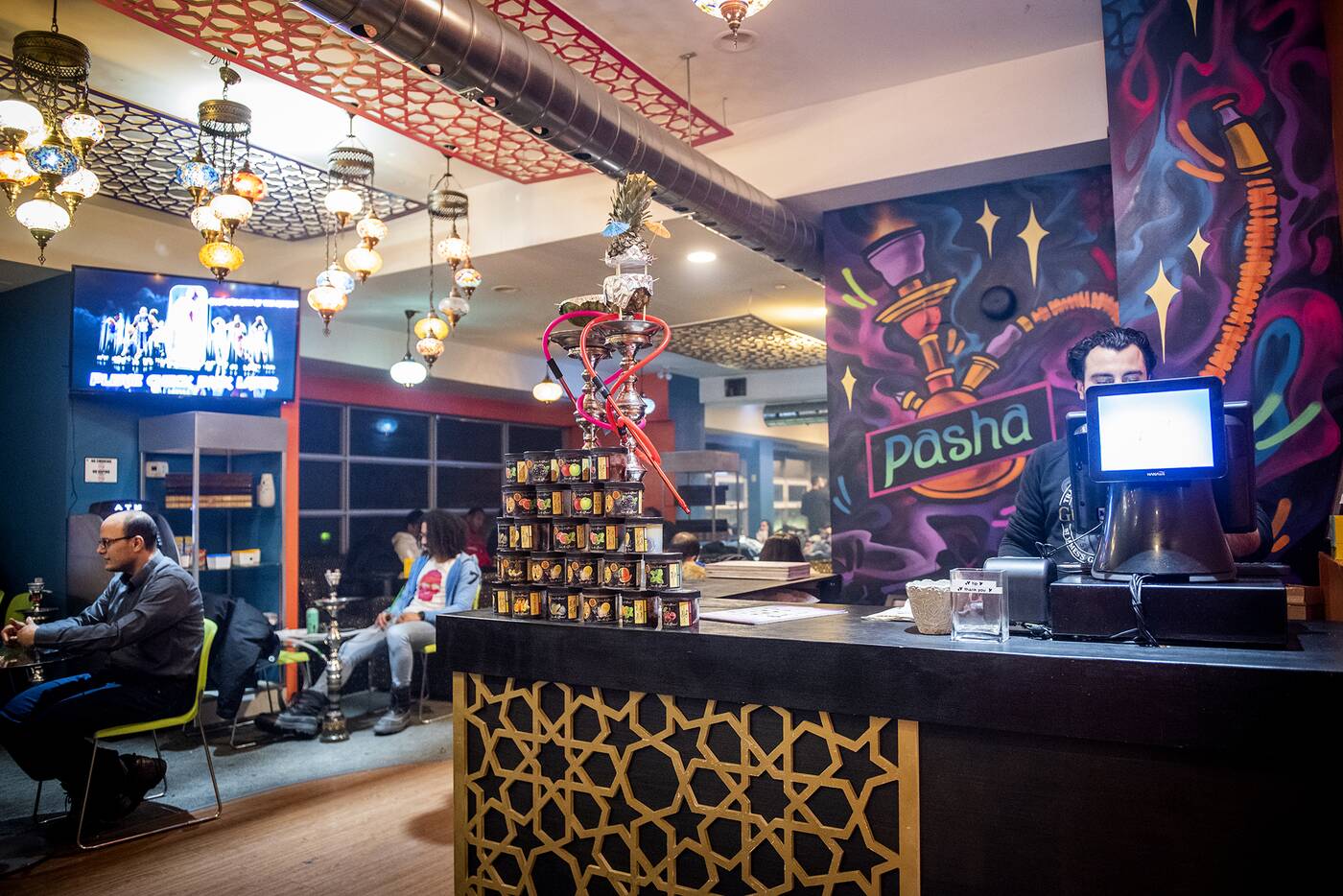 Pasha certainly isn't glamorous, though some decorative elements like chandeliers from Turkey certainly add some glitz to the 2,000-square-foot space that formerly housed a Weight Watchers. 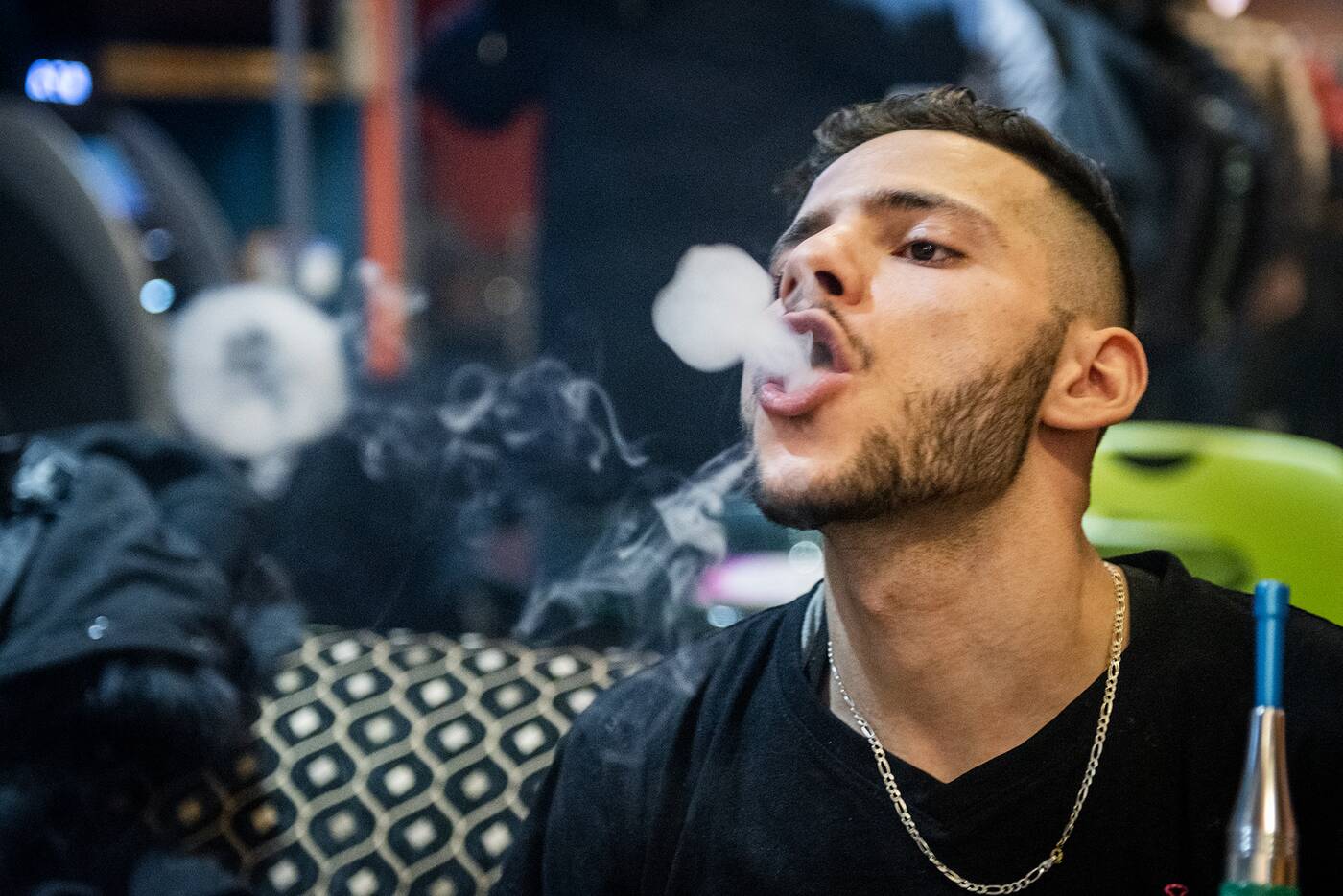 The thing that makes Pasha standout is its surprising environment of inclusivity: come here on a Friday evening and you'll see the cozy space is filled wall to wall with clientele that isn't limited to one gender, age, or ethnicity. 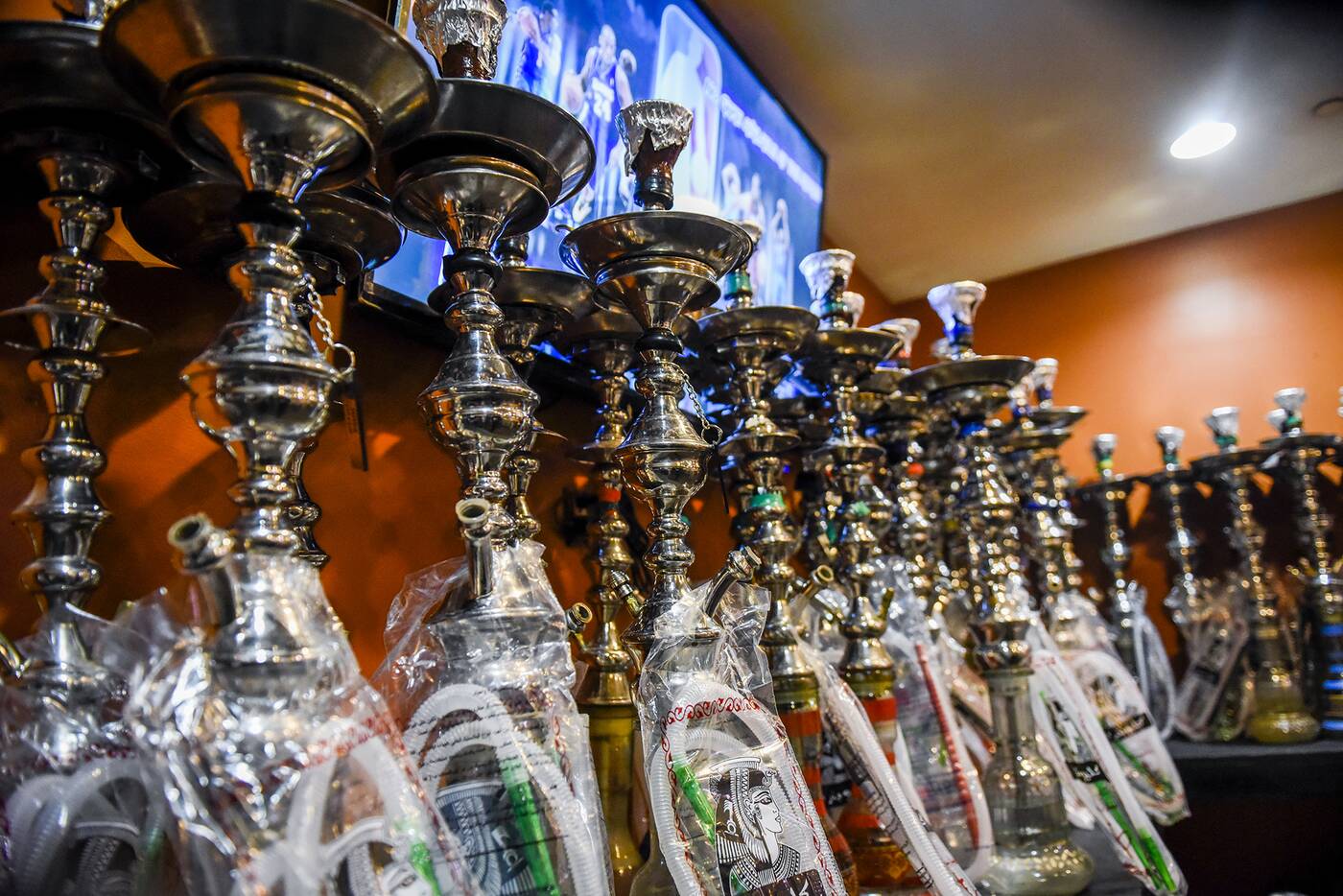 Free WiFi make this a hotspot for students from nearby Ryerson trying to get a puff of argile in while finishing the midterm, but you’ll also find older crowds playing dominos or chess. 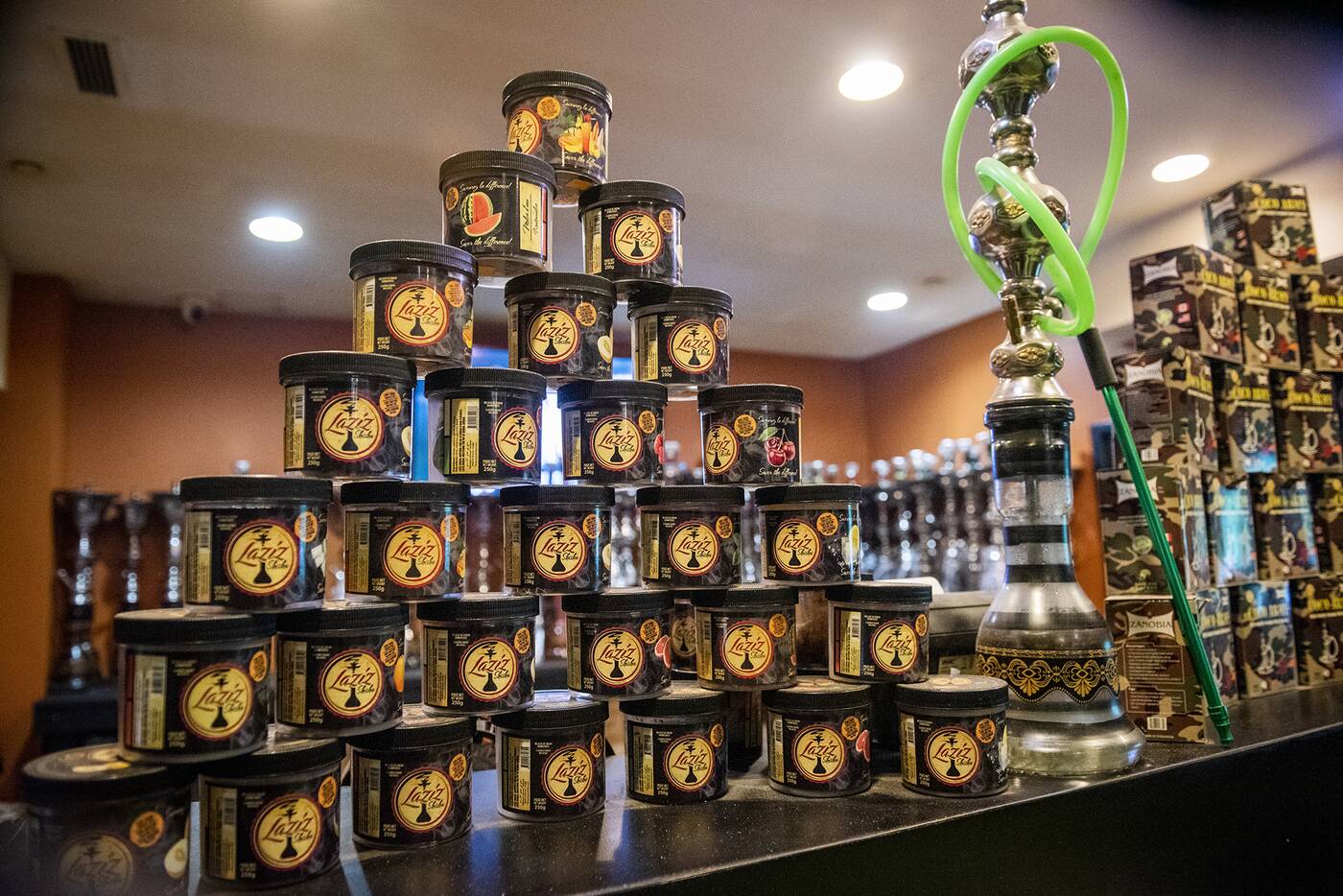 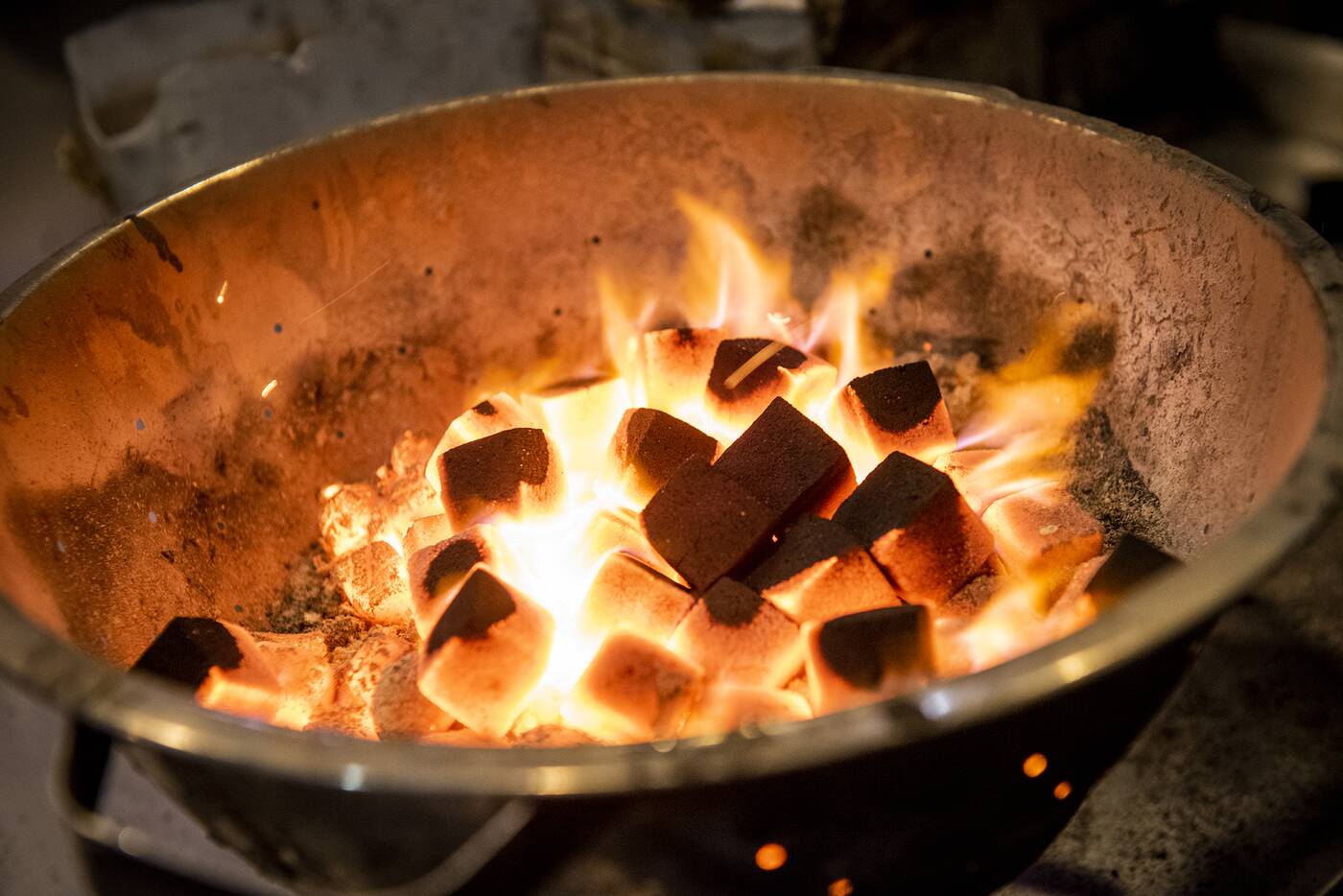 Shisha equipment is higher-quality than at other lounges: square coconut hookah coals used to heat up the Laziza herbal shisha here are healthier than the traditional circular coals found at places like 3 Kings. 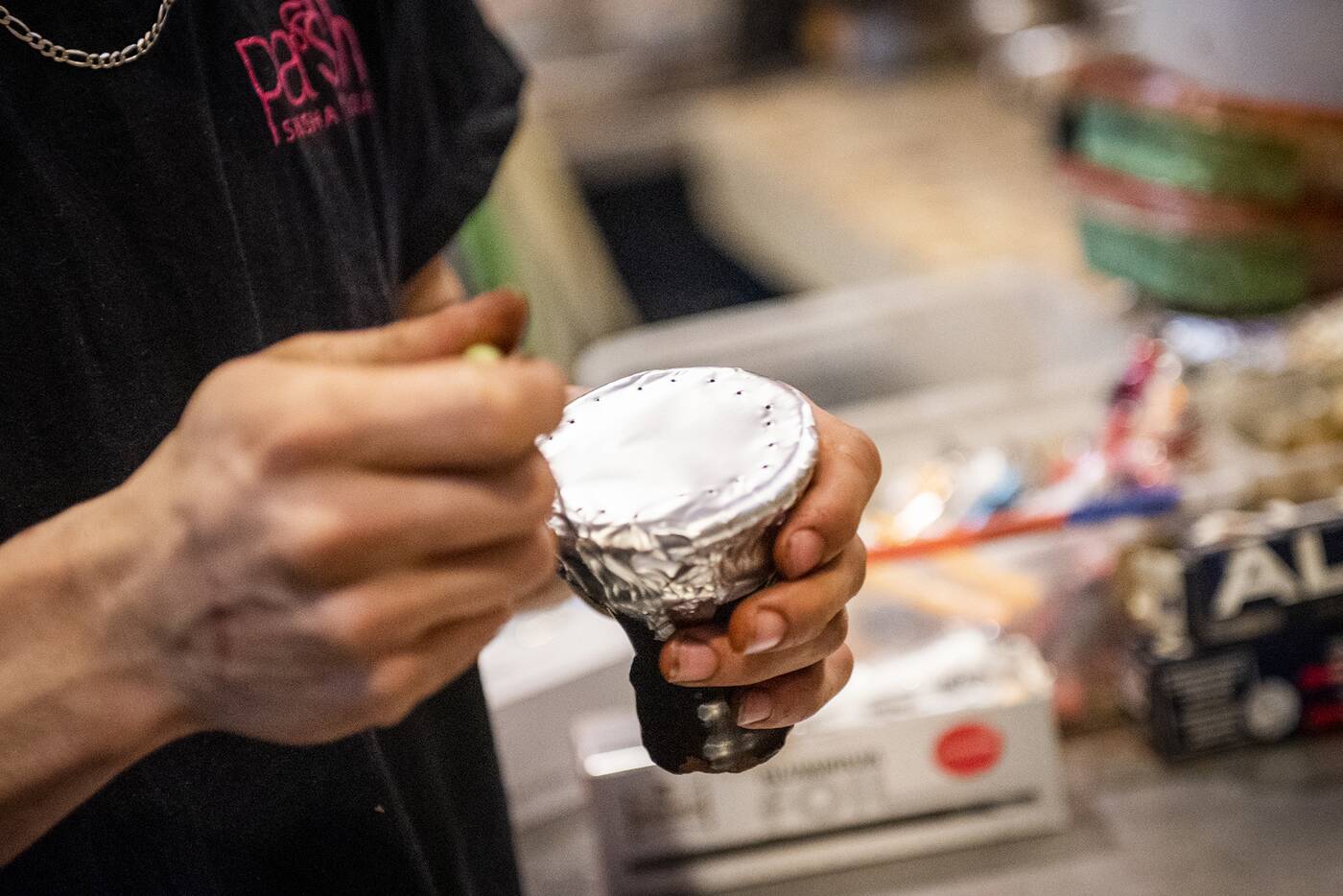 All hookahs also come via the reputable brand Khalil Mamoon, an Egyptian manufacturer that many experienced shisha-smokers will know and appreciate. 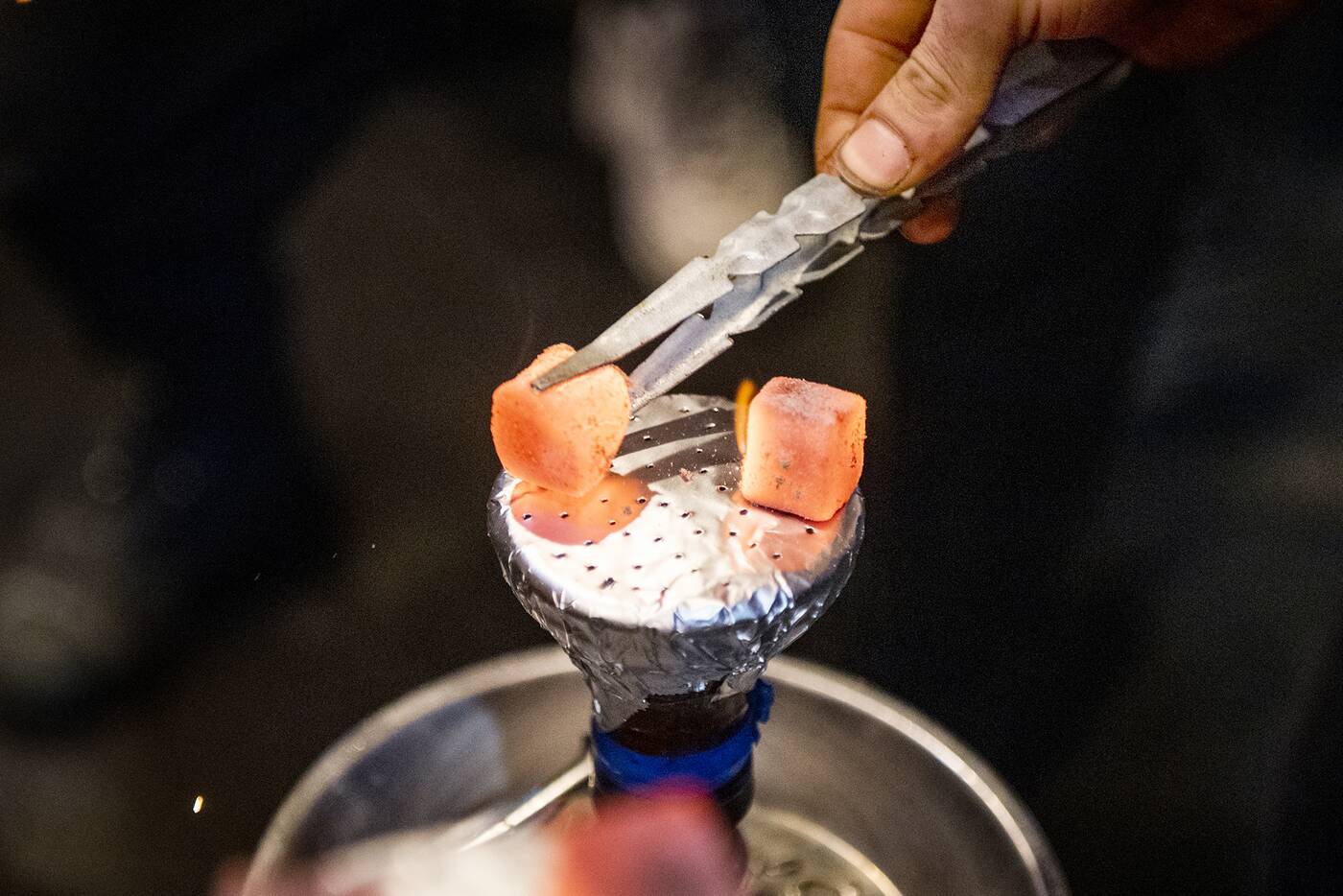 It’s an extra $4 for a pipe that’s been in the fridge for a smoother pull, and every hose is plastic disposable rather than re-used, which is great for hygienists but horrible for the environment. 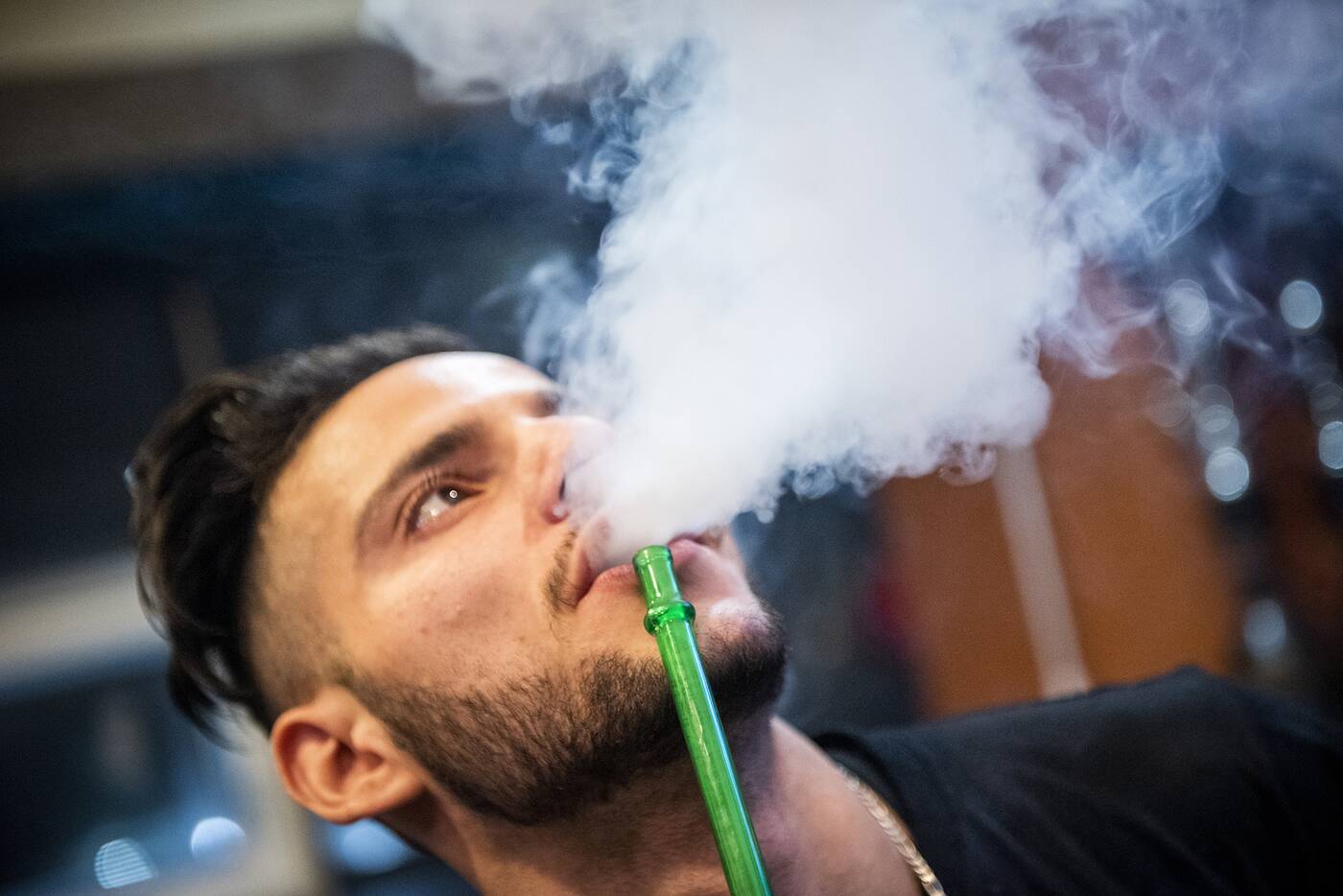 There’s the usual assortment of flavours offered here at $17 per hookah, like standard double apple, watermelon mint, and blueberry. 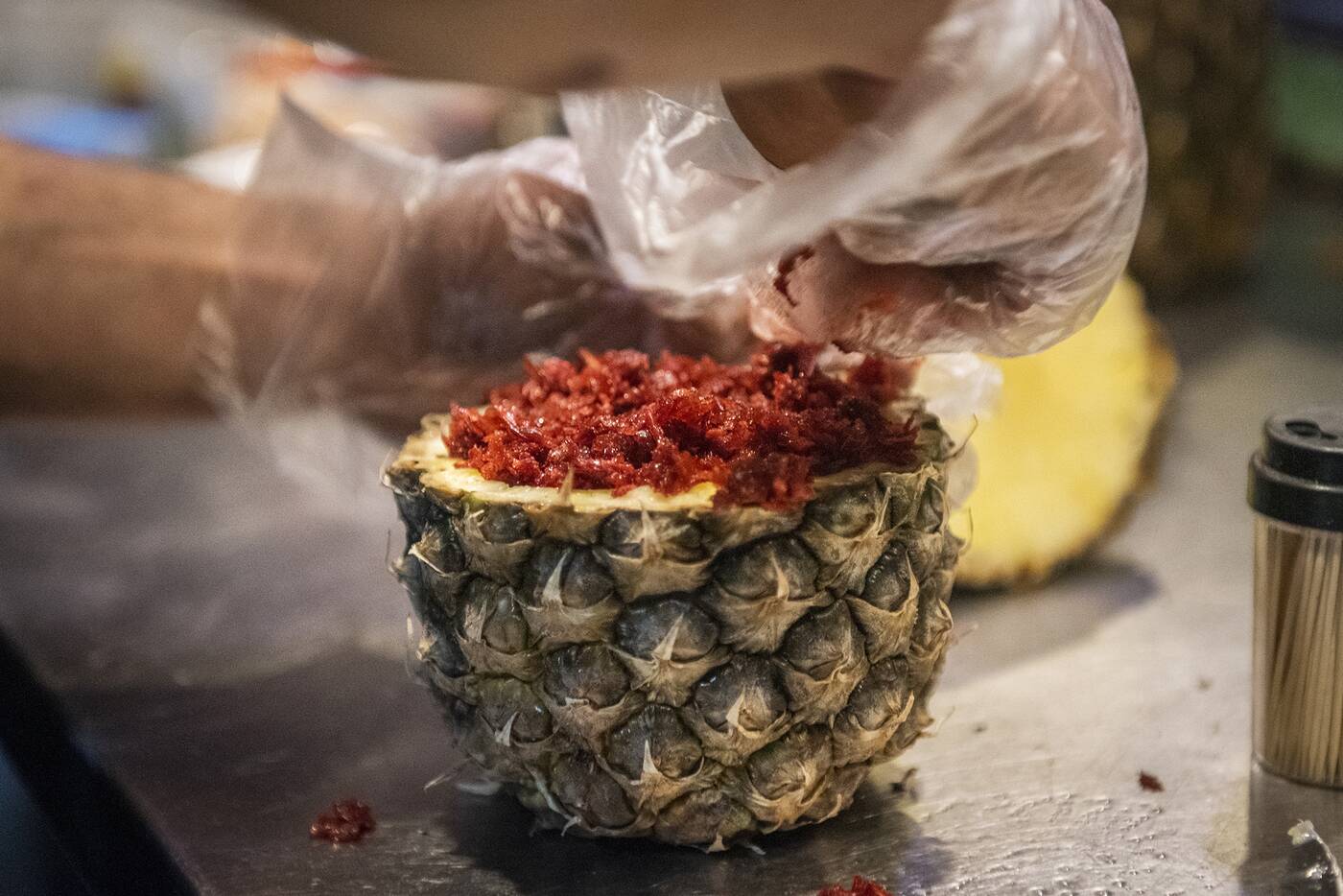 There’s also a Pasha mix ($20), a secret fruity mix that comes with an orange head, which for the inexperienced, uses a real orange half as the holding bowl for the shisha. 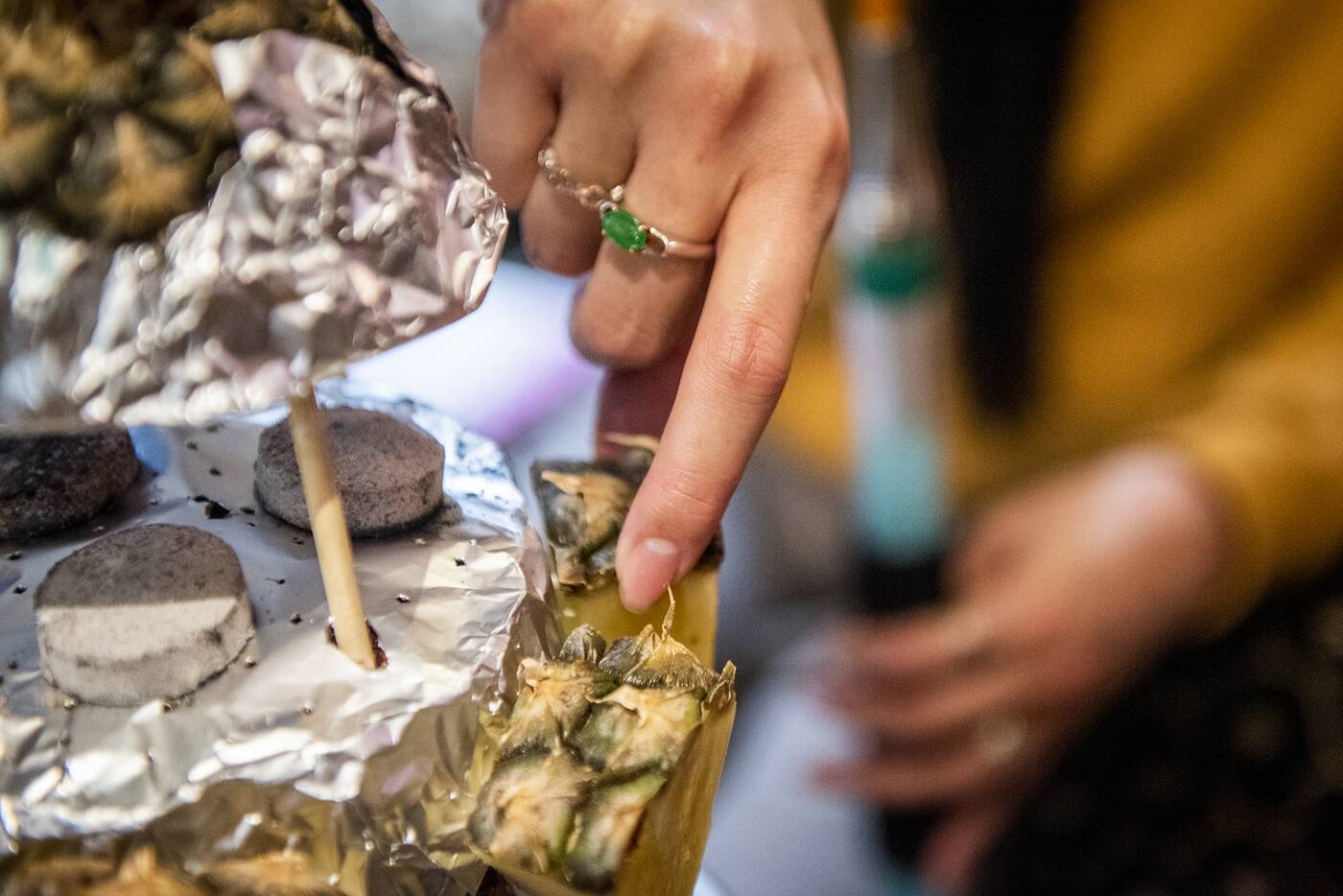 Even more extravagant is the pineapple head ($25) which lets you smoke your choice of flavours from a festive pineapple that comes decked out with cocktail umbrellas and edible chunks of fruit. 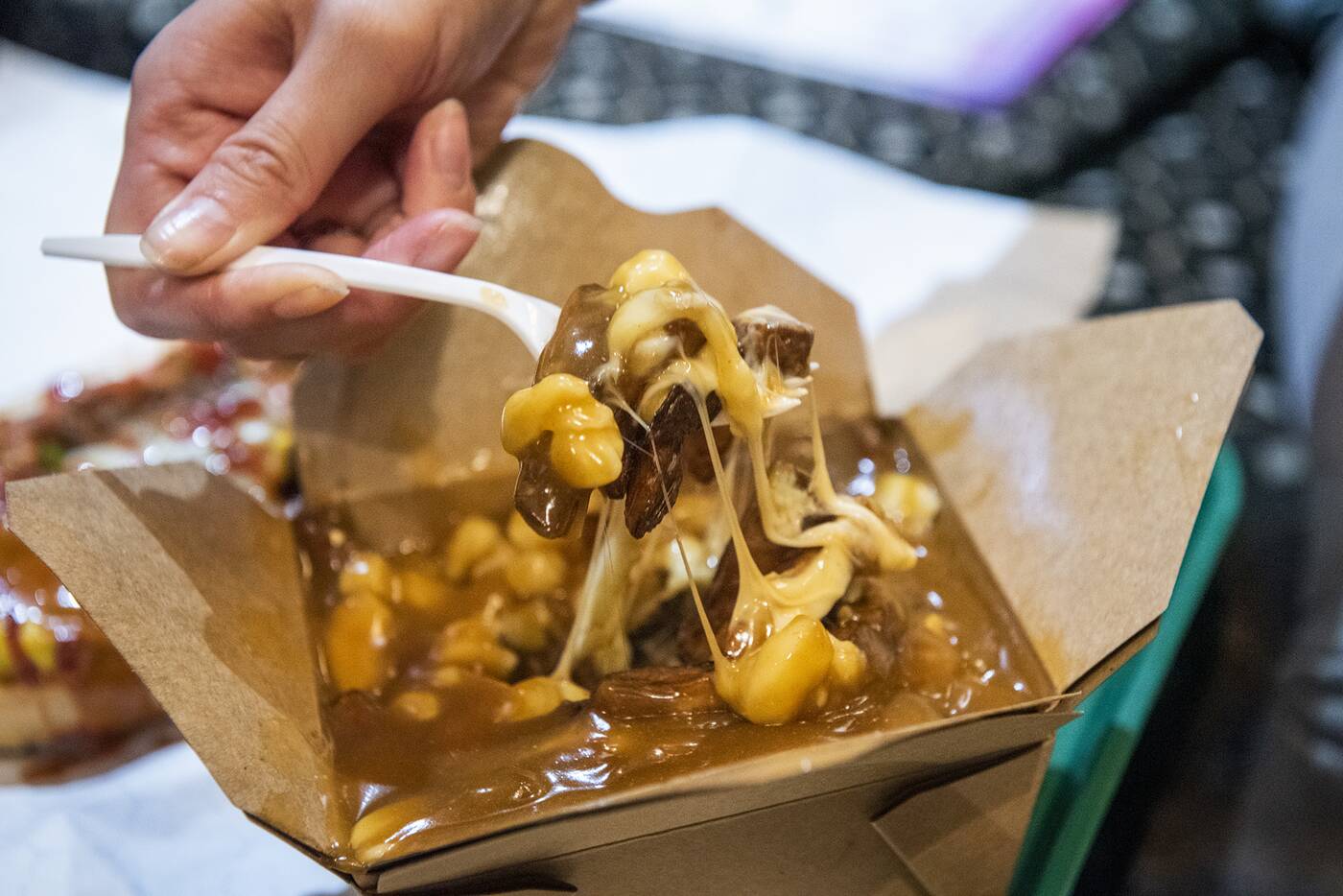 You can’t buy food here—it’s illegal for hookah bars to serve food and beverages with shisha—but that’s what the food hall downstairs is for. You can bring food like Philly cheese steaks ($9.99) or poutine ($6.49) from Philthy Philly’s downstairs. 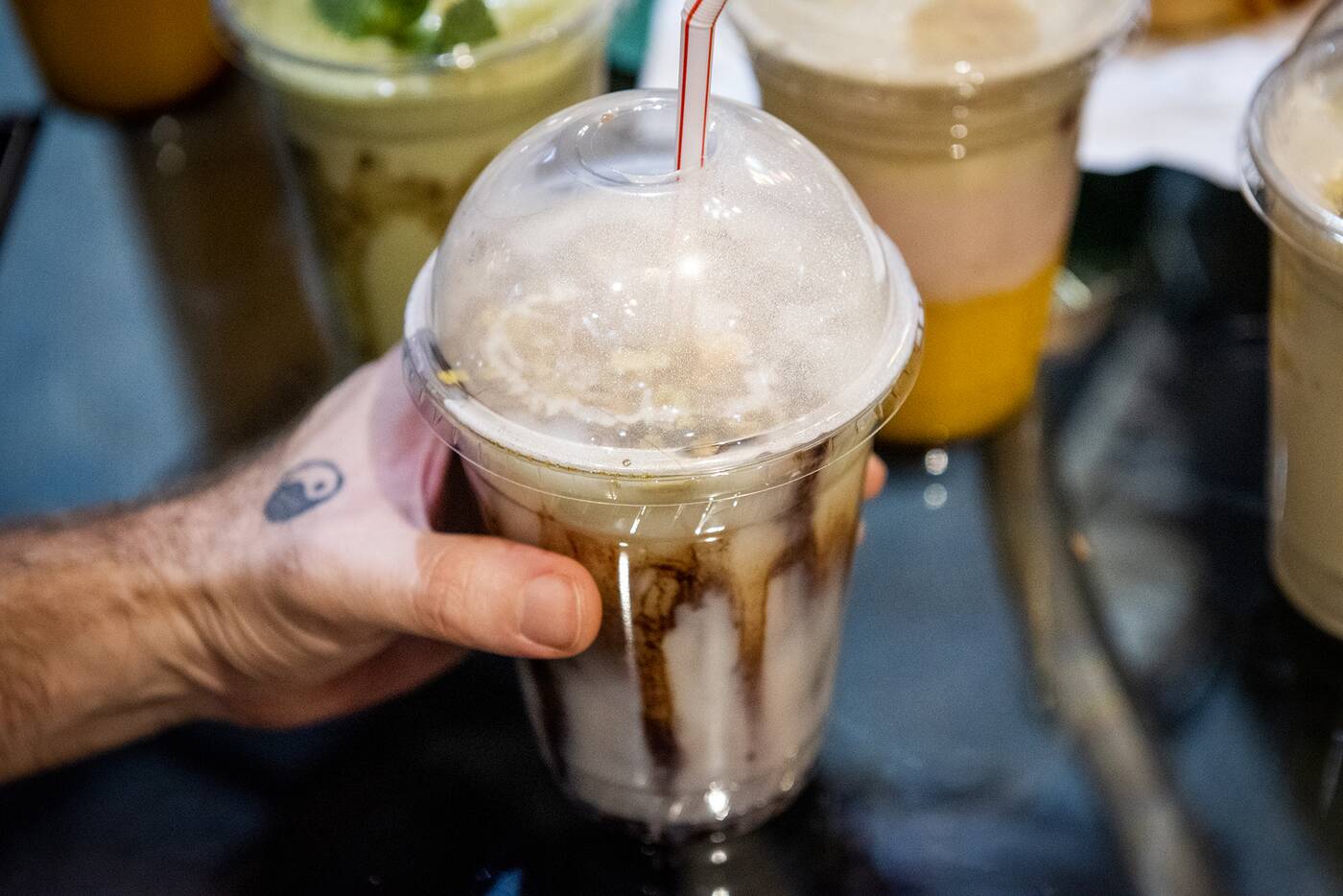 This Philthy franchise is actually owned by the same owners as Pasha, so grabbing one of their many signature cooling drinks like hibiscus juice, banana milkshake or a hot sahlab makes the perfect accompaniment to a smoky night out. 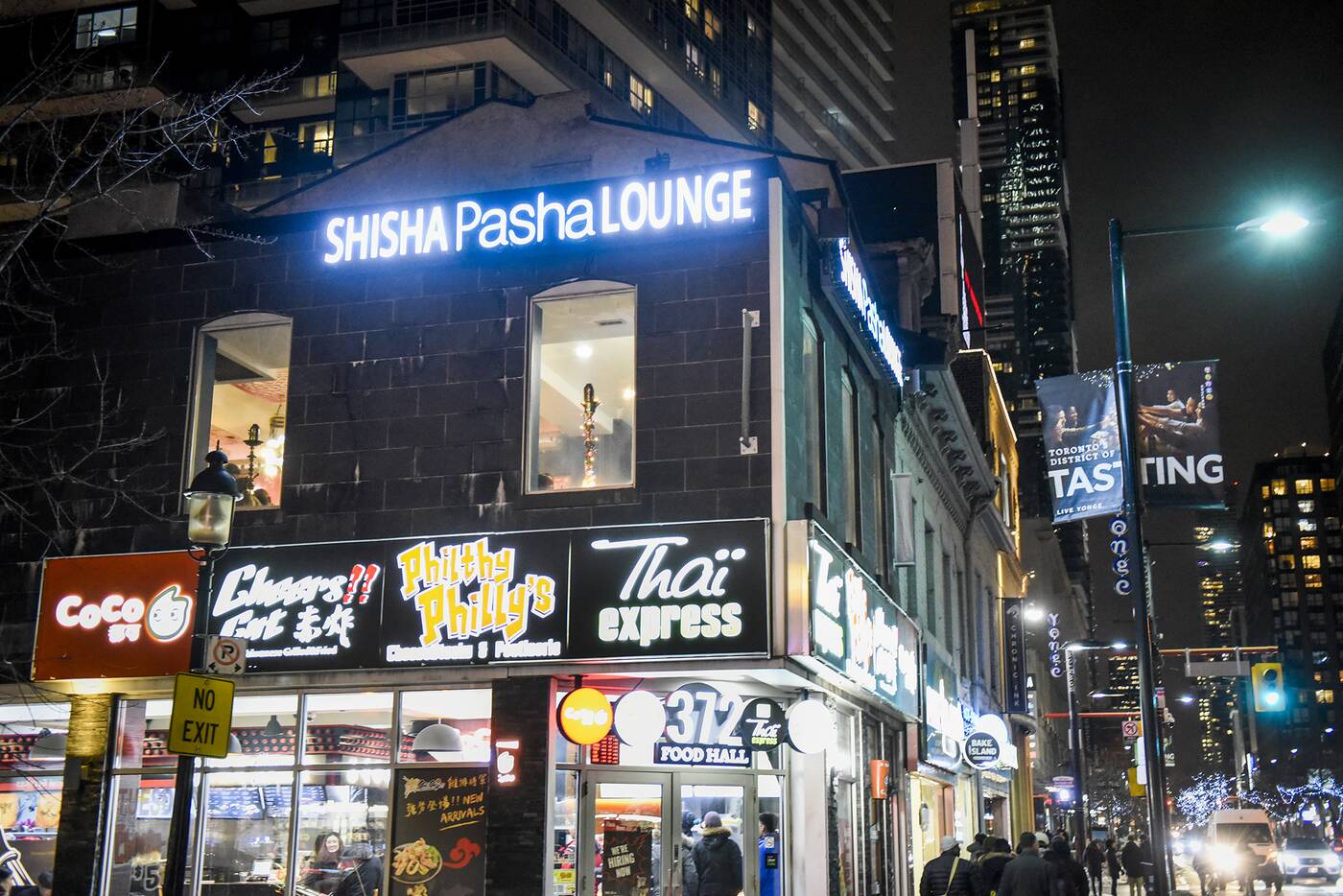