Monarch Espresso Bar offers a socially acceptable excuse to head to the Monarch Tavern at 9:00 a.m. While the drinking, debauchery, and live music starts after the sun goes down, a different kind of fun can be had in the early hours of the morning. My type of fun, that is — strong coffee and wasting hours reading AMA on Reddit. 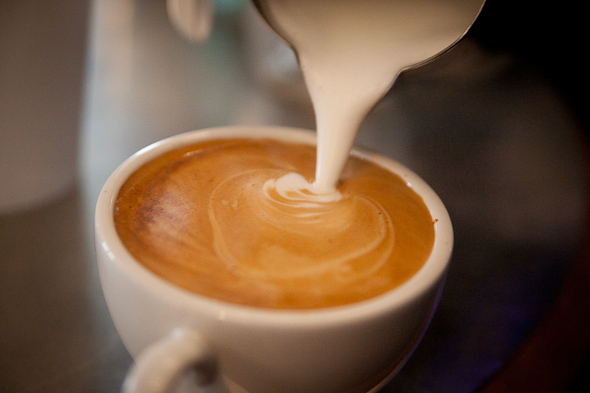 Monarch changed hands about one year ago, wherein Evan Georgiades and Michael Dorbyk became the decision-makers at the Clinton Street tavern. Evan came up with the idea to open an espresso bar on the main level to draw in those looking for a quiet, spacious place to enjoy an espresso. "There are a lot of good coffee shops out there," he says as we meet by the bar. "But many of them are too confined. Here you have breathing room; you can actually have a conversion with a friend without everyone around you hearing what you're saying." 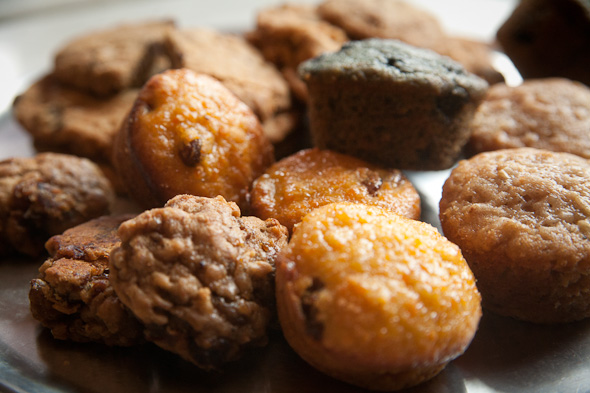 Despite its name, Monarch Espresso Bar looks like a tavern. And that, of course, is simply because it is. The espresso bar isn't a space in itself, but rather, a corner of the bar where a few plates of baked goods and a Simonelli machine have taken up occupancy. But the space itself has undergone some renovations of late, some of which include exposing the original windows, salvaging and recovering old TTC seats to make new booths (with some help from Smash ), and enlarging and mounting an incredible photo of the crowd outside the Monarch in 1945, back when it was a hotel. 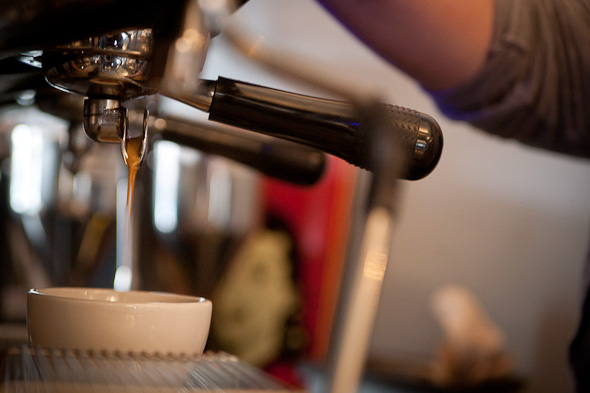 As Evan is touring me through the updated space, we're interrupted by a regular who grabs Evan lightly by the arm. "I'm not a connoisseur in any way," the elderly man says, "but this coffee was one of the best I've ever had." Naturally, I ask Evan how much he paid the man, and then (after finally believing him) decide I must have a cup. Monarch uses Rufino beans (appropriately for the area) and offers all sorts of espresso drinks and basic shots ($1.75) for those so inclined. 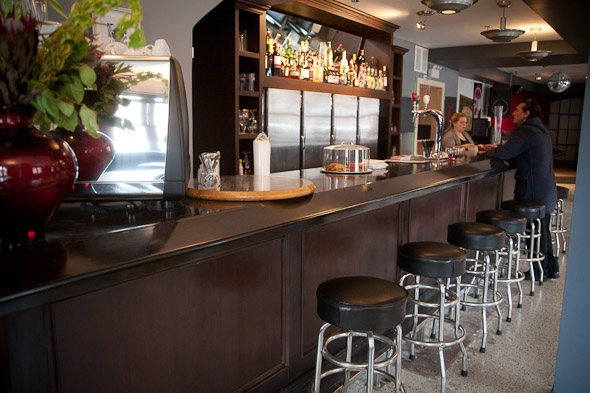 The barista pulls me a couple shots for my Americano with obvious skill, and asks if I want a little steamed milk to go on top. I oblige. The cup is quite bold — not for the novice coffee-drinker, it seems — and just a little bit bitter with a rich, earthy dark chocolate flavour. A good pick-me-up, say, for the morning after the bar, but I think that's just a coincidence. To mull the sharpness of the coffee I taste one of Monarch's homemade blueberry muffins, which has the texture of banana bread and is quite sweet and delicious. As well as a few other homemade offerings, Monarch offers croissants from Wanda's and is looking into a couple of other suppliers. Then, of course, there's the full lunch menu (all of which can be ordered gluten-free), which includes gourmet grilled cheese sandwiches ($5-$9), burgers ($7-$9) and the always vegan and gluten-free soup of the day ($6).

Like every good espresso bar, Monarch offers free WiFi, and will soon be introducing Irish and other specialty coffee drinks to see the transition from afternoon to evening. 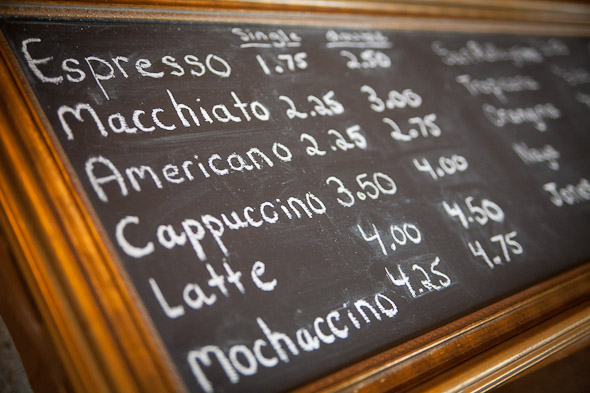 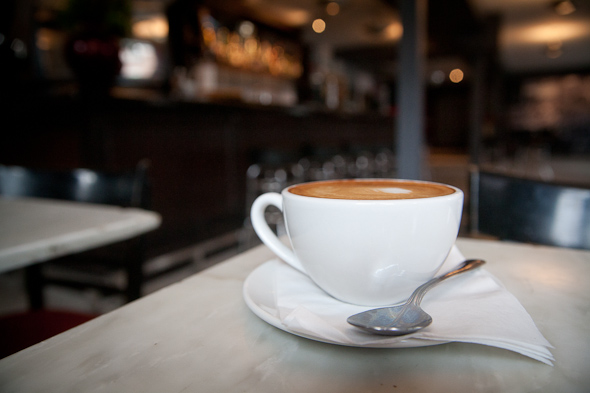 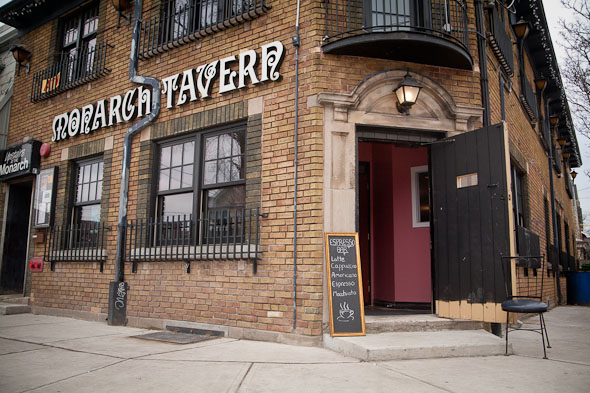