The Hub Coffee House and Locavorium didn't take long to catch on with residents in and around the Christie and Dupont area. Within days of the cafe's late July opening, the airy room was regularly full of locals sipping on lattes, nibbling on baked goods and typing away on their laptops. It was also common to see those riding their bikes up and down Shaw Street nearly crash on account of trying to get a look at the new addition to the neighbourhood.

Since then, the Hub has remained steadily busy. I would chalk this up to two factors. For one the location is perfect. While there are three grocery stores in the vicinity of the Hub, aside from Faema, Universal Grill and Vinny's Panini , there just aren't many eat-in options north of Christie Pits and south of St. Clair and the little strip of Davenport between Ossington and Dovercourt. So, needless to day, this new addition has been most welcome. 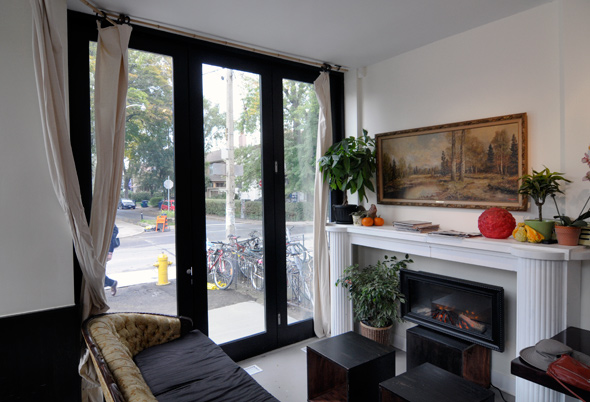 But it's more than just location. The Hub seems is so perfectly "now" as well. With a simple, locally focused menu, an understated and bright room, free WiFi and friendly staff who don't pressure patrons to be on their way after 20 minutes, the cafe seems to please most everyone who visits. 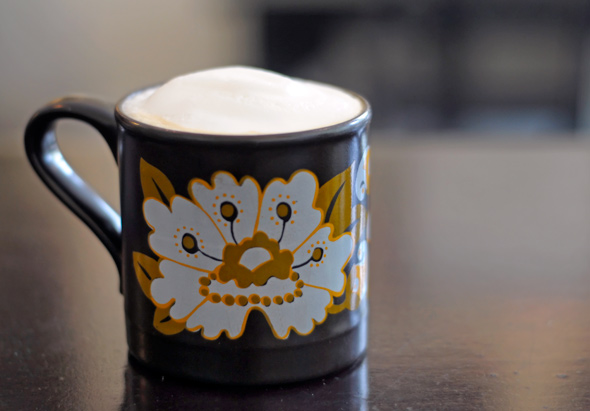 Perhaps another reason for the quick success is the ownership team of Lisah Smith and Cyrus Lotfi. Partners in more than just a business sense, they each bring a quiet confidence to the operation that underwrites both the casual vibe at the Hub and the simple food on offer. Nothing's overly fancy here, but it's prepared with care. On top of the local-first menu, the coffee is either direct or fair trade (via Merchants of Green ), the meats are nitrate/drug/hormone free and pretty much everything is prepared on site under the watchful eyes of the customers themselves. 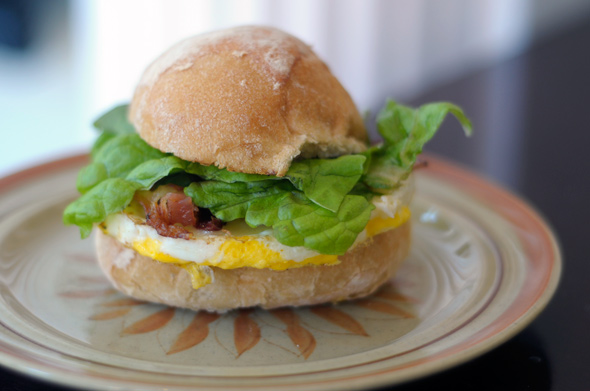 I've made many a visit to the Hub since it opened, so I can highlight a few of my favourite offerings. Their B.O.B (breakfast on a bun, $4) sandwich is fantastic. Comprised of bacon, eggs, cheddar cheese, mayonnaise and a touch of hoisin suace, it's like the anti-Tim Horton's breakfast: lighter, local, and less processed. 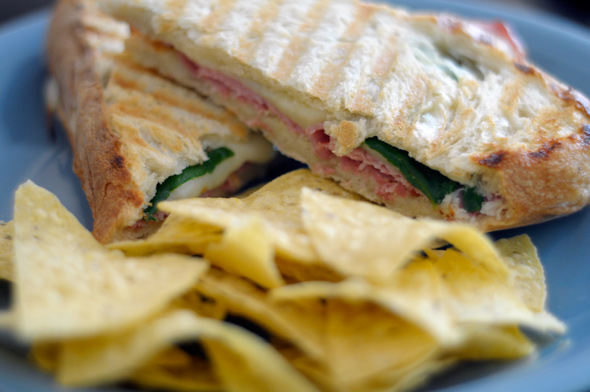 Sandwiches (or "grills" as they're referred to on the menu, $7) change daily, but offer both vegetarian and meat options, most commonly with cheeses like Havarti, Provolone or Brie that melt to the perfect consistency in a panini press. I've yet to have one that I didn't like. And, as the weather cools down, look for soup to feature more prominently on the menu, which I'm quite sure will go well with the electric fireplace that graces the front part of the cafe. 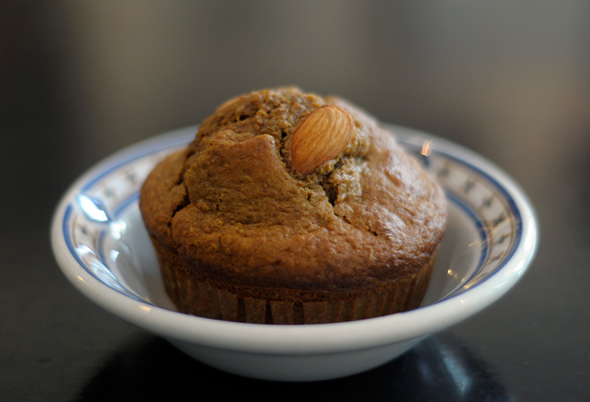 The sweets and treats ($2-4, less for cookies) also change daily and aim to reflect what's in season, but my favorites so far are the carrot muffin and rhubarb square I tried on my last visit. I hear the vegan brownie is also a hit, but I've yet to stop by when it's not already sold out.

Given the popularity of the the Hub, that's not much of a surprise. And while, I'm sure that I'll be back often enough to get my hands on the entire menu over time, with plans to add a patio for next spring/summer, you can bet that the Hub's going to live up to its name by becoming busier and busier. 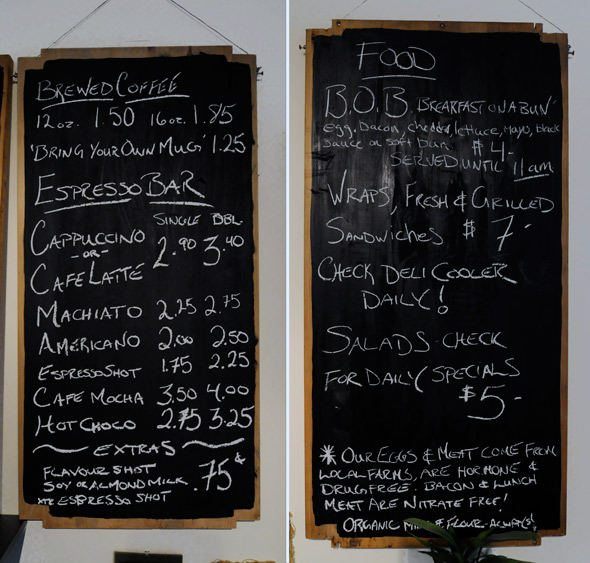 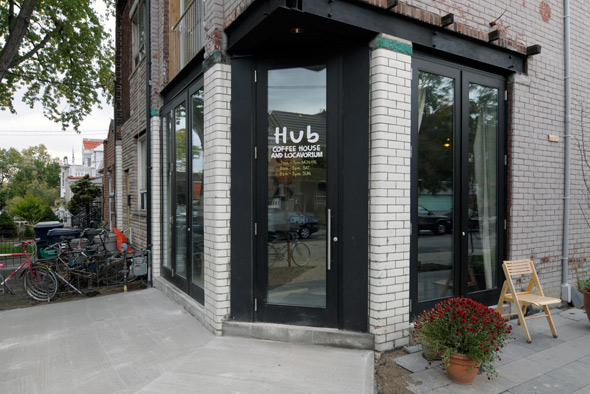