The Hogtown Cure opened up last week, following a whirlwind construction schedule, and it's a prime location for a shop that dubs itself a deli and cafe (with deli standing for delicious). With both the Dundas streetcar and Dufferin bus stopping outside its corner spot, they've already enjoyed swells of clientele. 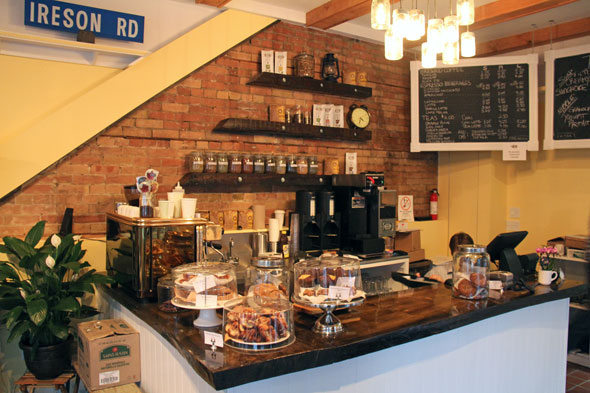 The work of Steve Ireson (former GM at a slew of nightclubs including Circa ) and his husband Chris (formerly of Evergreen Garden Market ), the new spot offers options for take-away, but the space itself (accented by warm wood, splashes of greenery, and rustic touches) is inviting, and a coveted spot by the window bar makes for perfect afternoon people-watching. 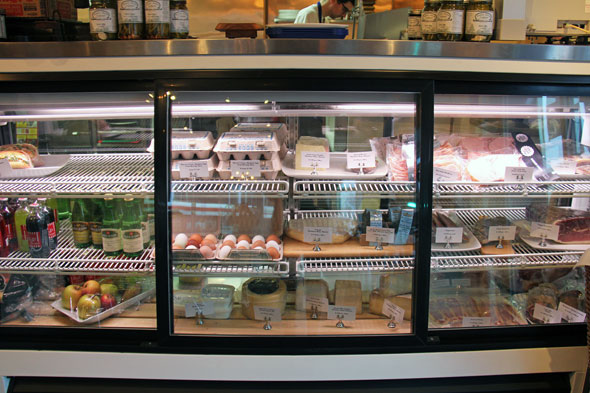 The model of the shop is something of a catch-all. There's a coffee and pastry nook (with an assortment of pastries from de la terre, espresso from 23 Degrees and drip coffee from ChocoSol ). Kitty corner to it is a deli counter, sporting a decent selection of Monforte cheeses, bacon pork chops from This Little Pig , Mennonite summer sausage, and eggs from an independent Ontario farmer. Between the two of them, the owners have developed relationships with many independent retailers, which now affords them the option to pick and choose their favourites to showcase. 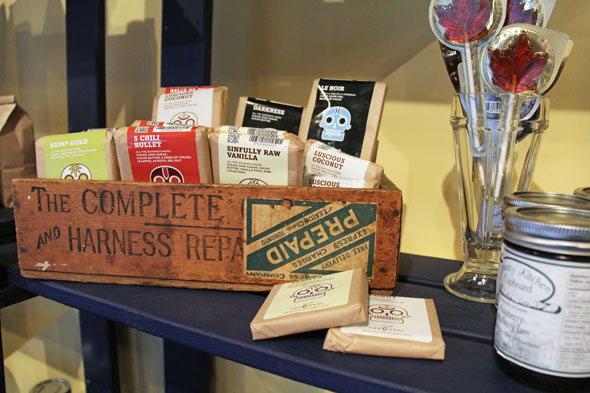 You'll also find jarred preserves from Mennonite farmers (Kountry Kitchen Cupboard)--pickles go for $5.49, and jams ring in under $5. Hogtown Cure sells bags of its espresso and drip coffee, as well as chocolate in an array of flavours from ChocoSol ($5.99), pre-packaged sweets from de la terre , and teas from Whole World . 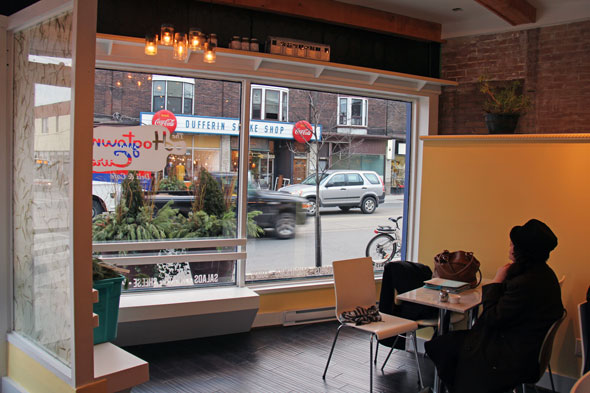 I start with a cappuccino ($4.25 for a medium), and the Mugshot espresso blend is an instant stand-out. Rich, strong, and subtly flavored, I indelicately chug it--and only after realize that it fared beautifully even without my usual teaspoon of sugar. 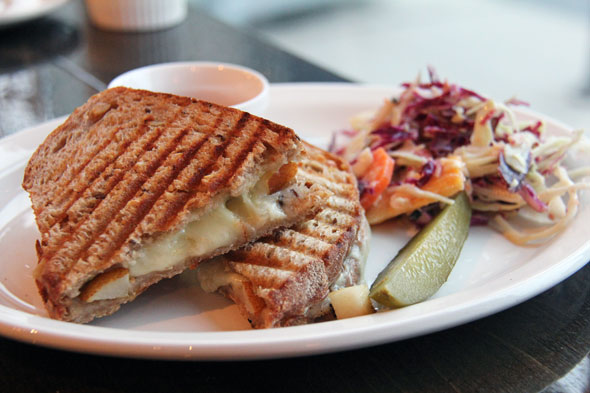 By the afternoon, there's just one pre-packaged sandwich left (free-range chicken salad with roasted garlic mayo), but they also offer hot, made-to-order sandwiches. I try their grilled cheese ($7.99)--a blend of garlic-tinged cheddar and pears that comes with what I'd wager is a fruit-based salsa. On a first bite, I'm not won over by the sweet-and-savory blend (the snap of sour green apple wedges might've fared better) but it grows on me. The sandwiches are on the small side (particularly for $8), but they're just enough to fill you up, particularly when paired with their side of fresh, tart coleslaw and a halved pickle. 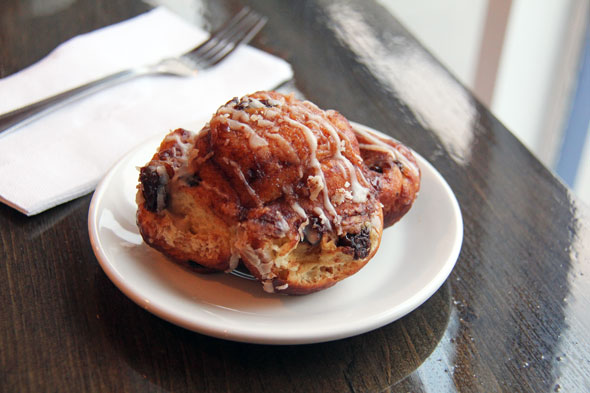 I finish with a cinnamon raisin monkey's paw ($2.99), which is a cross between a donut and cinnamon roll, speckled with moist raisins, then lightly glazed. I mostly picked around the sad, neglected portions of the pastry that lack either raisins or glaze, as they're somewhat dry. 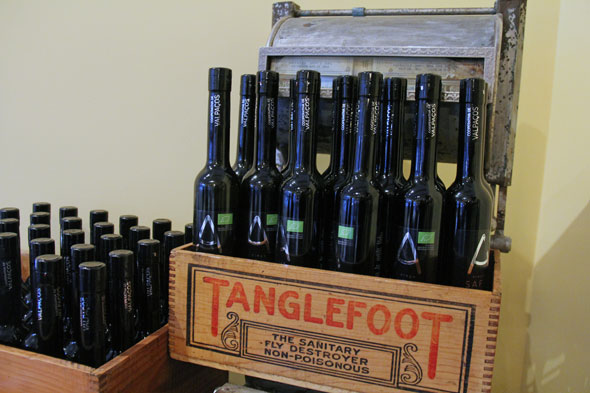 Admittedly, I was expecting meat-heavy dishes from a shop with Hogtown in the name, and am surprised to find that the other hot sandwich on offer is a smoked tofu and grilled vegetable sandwich (also $7.99), but I'm told they've just installed their smoker, and expect to focus a bit more on meat in the coming months. Also in the works is a whole prepared foods section, including plans for self-serve refrigerated meals in the new year. 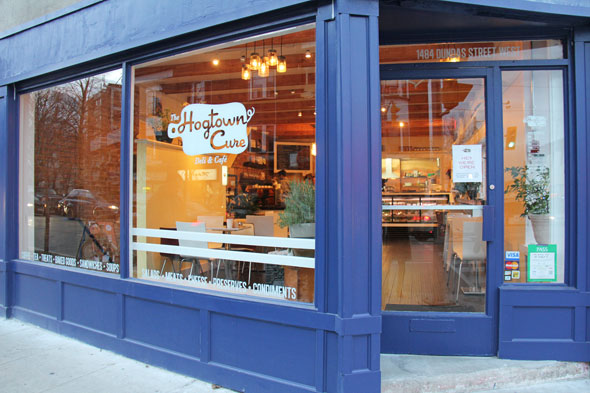 There you have it. Breakfast, lunch, dinner, and your coffee breaks--all under one roof.