Fix Coffee + Bikes is a combination coffee shop and bike shop borne out of the mind of former urban planner Fred Sztabinski. After living in cyclist-friendly Amsterdam for a while and seeing similar concepts developed in other cities like Chicago, Seattle, Vancouver and Portland he decided to give it a go himself.

On board is Louis Pereira of reputable Manic Coffee in Little Italy. The bike shop is managed by Ross from Mississauga’s Bike Zone, the biggest bike shop in Canada. 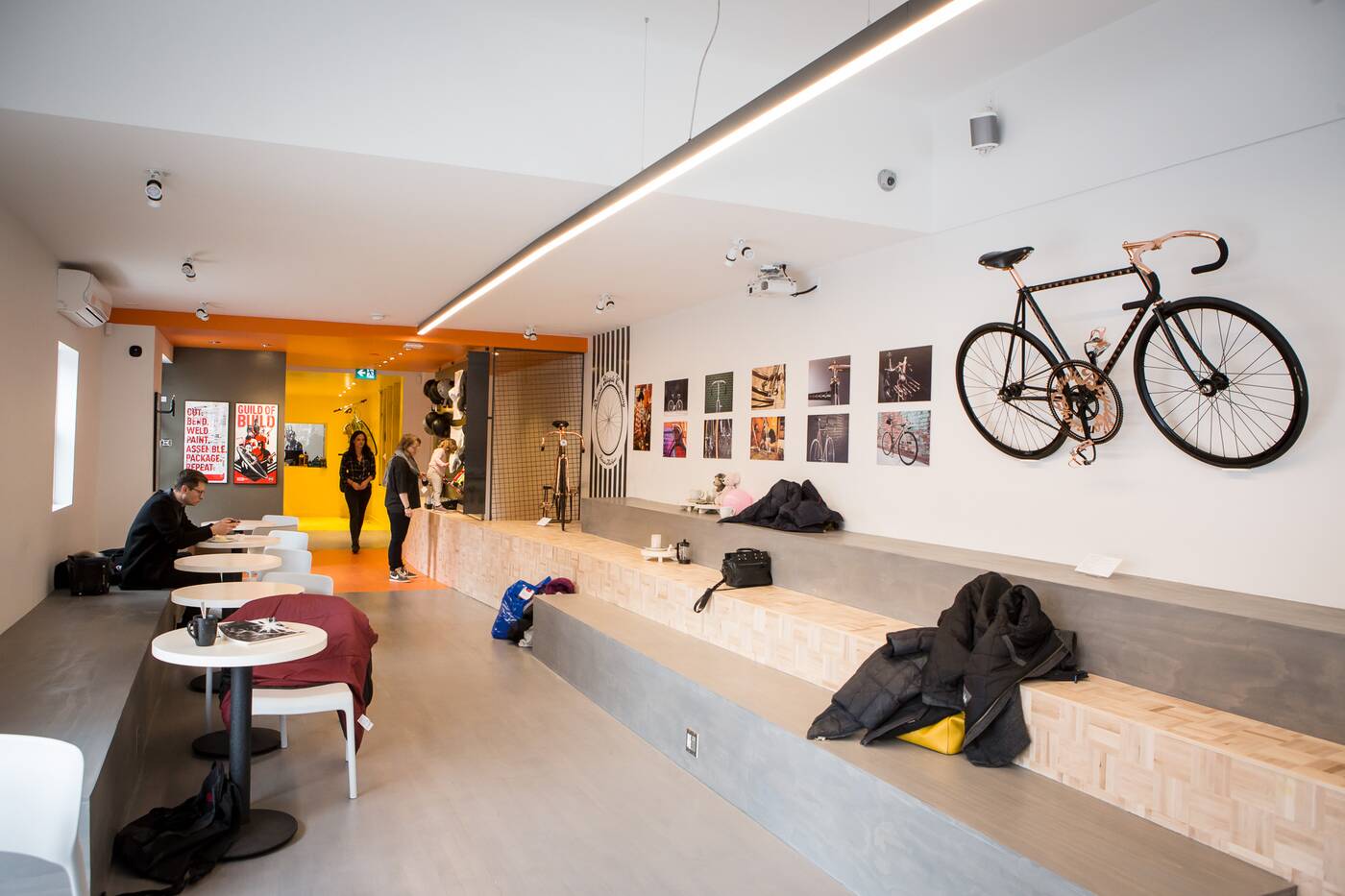 The shop is much bigger than what I expected from cramped matchbox coffee shops and bike stores that seem to be all the rage, the tinier the better. This has a very open feel by contrast with high ceilings and plenty of seating. 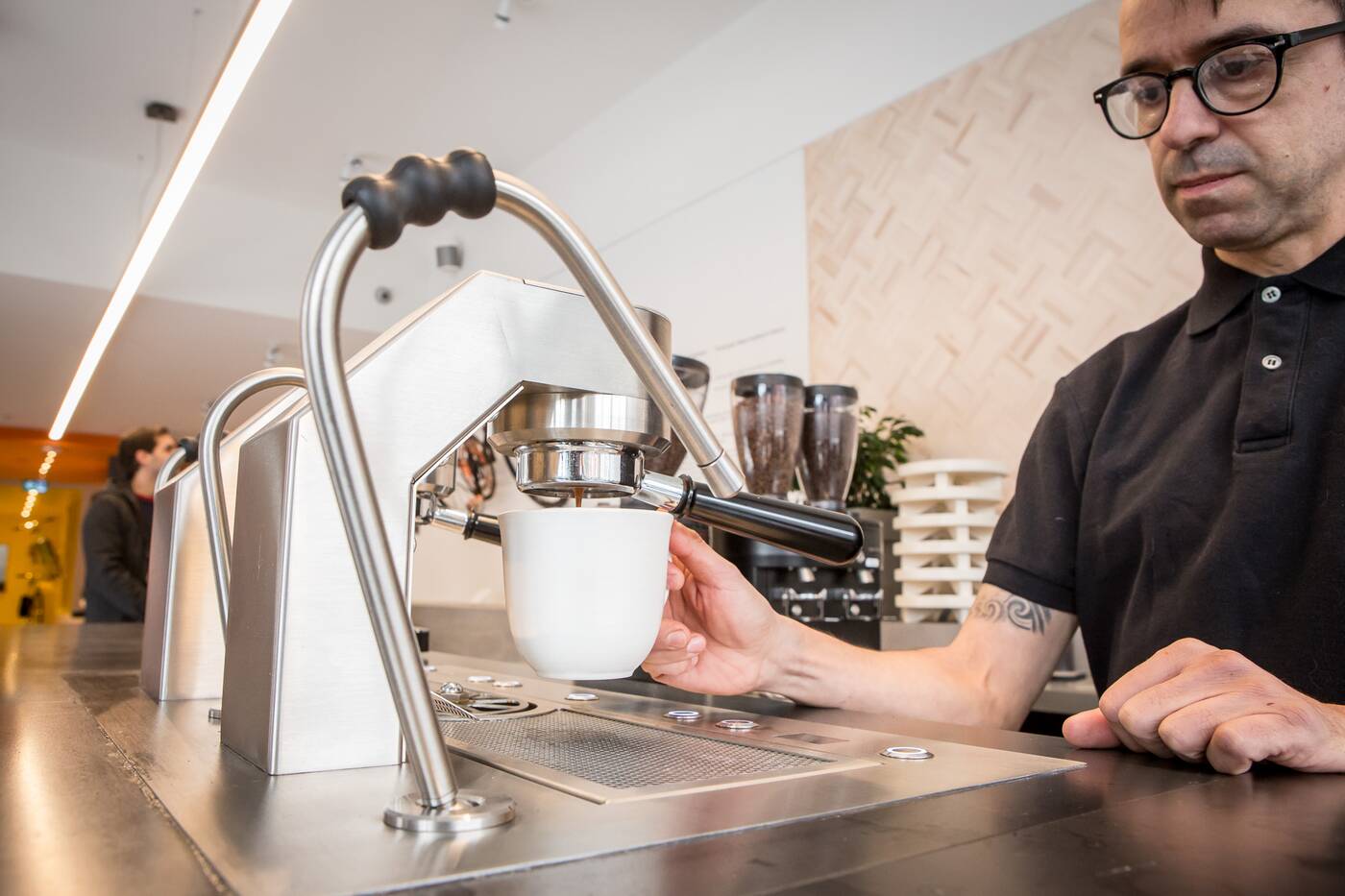 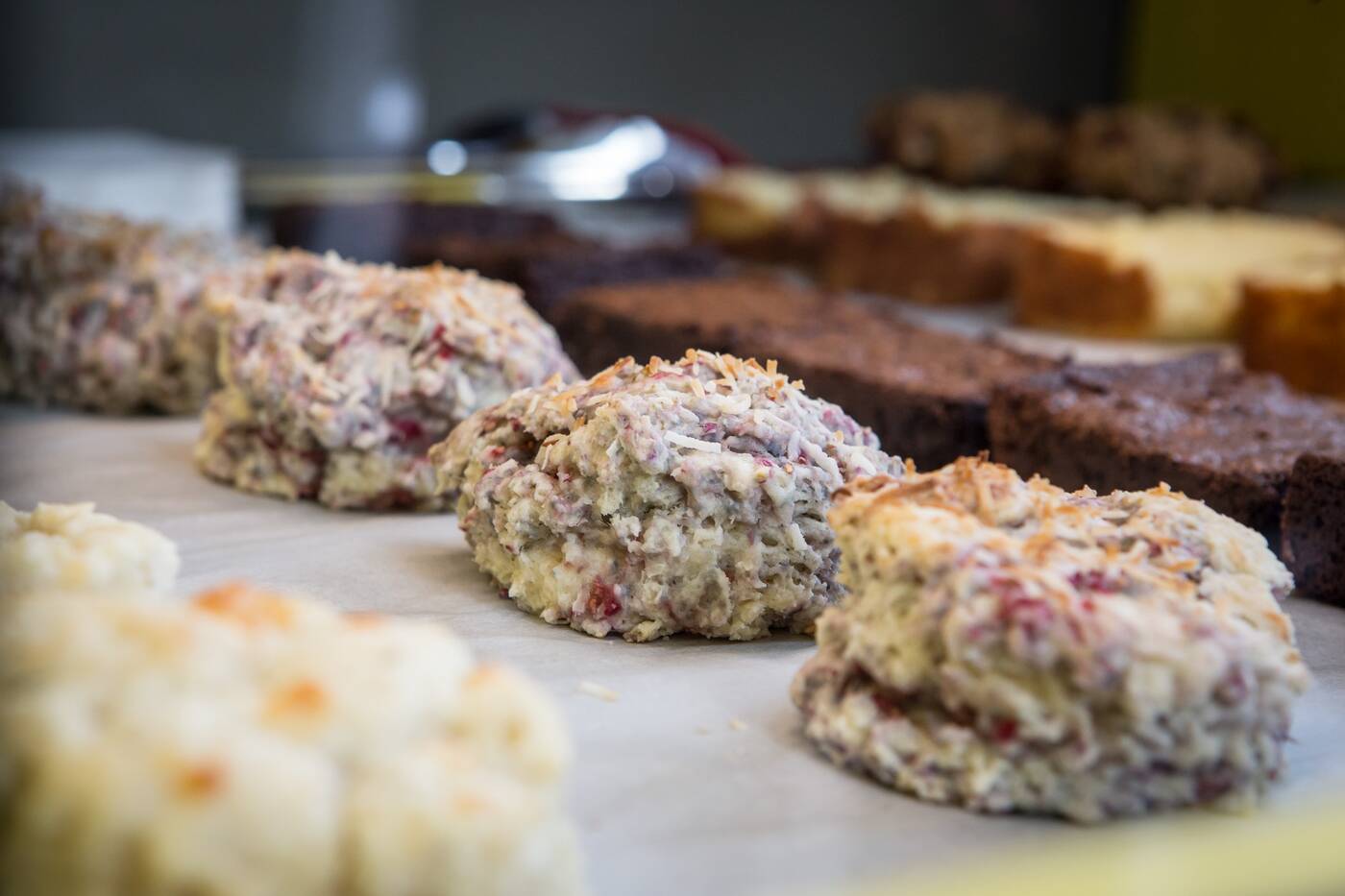 They’re also impressively doing home baking at this spot. I try a pretty raspberry coconut scone ($3.25) which is held back by a slight edge of raw flour to it, but I like the coconut and raspberry combo which if cooked a little longer would be even crunchier and sweeter. 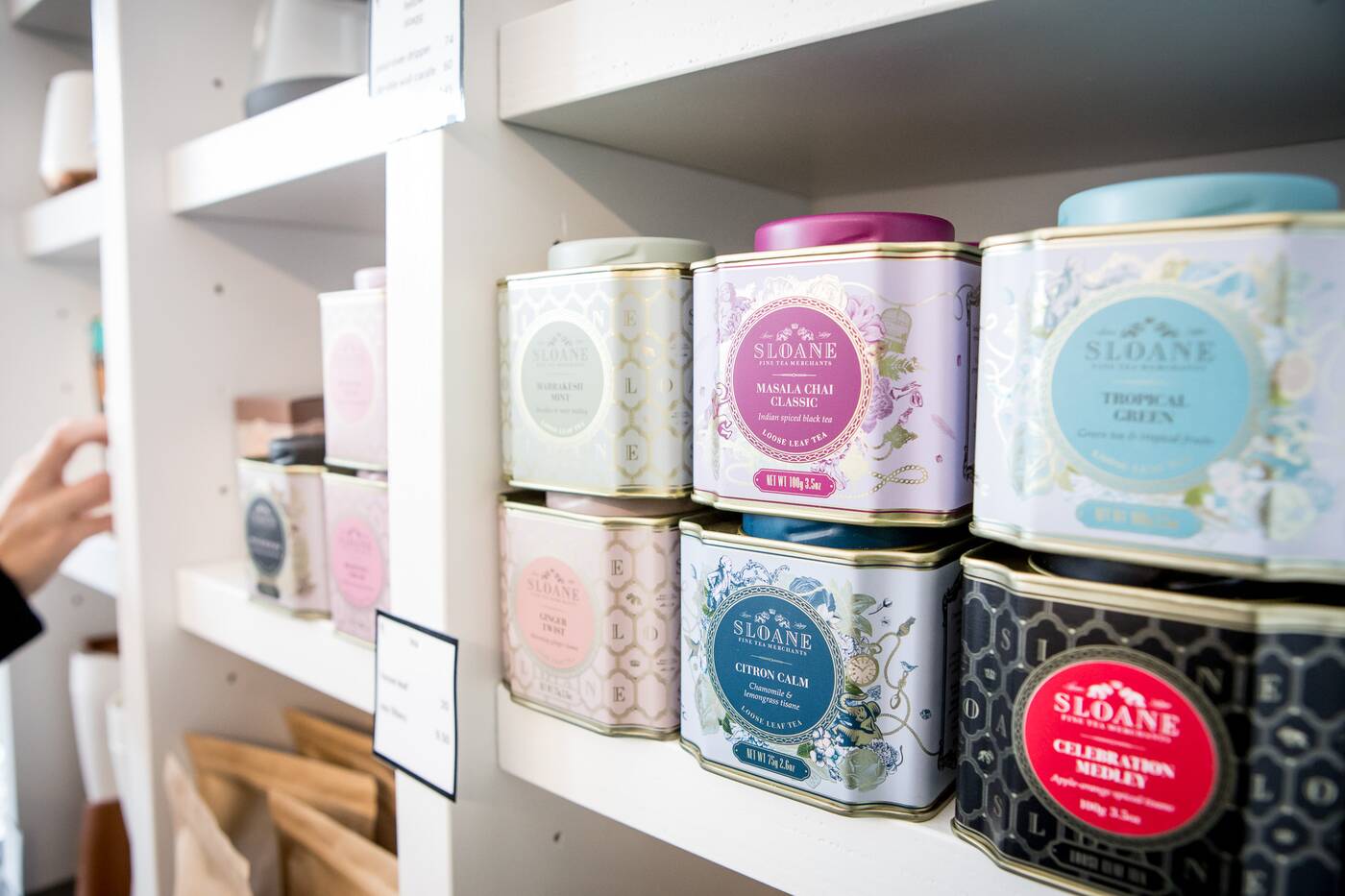 They do teas by Sloane, and will brew you up an expert chai latte ($4) using their leaves. Fix also does London Fogs and Matcha lattes. 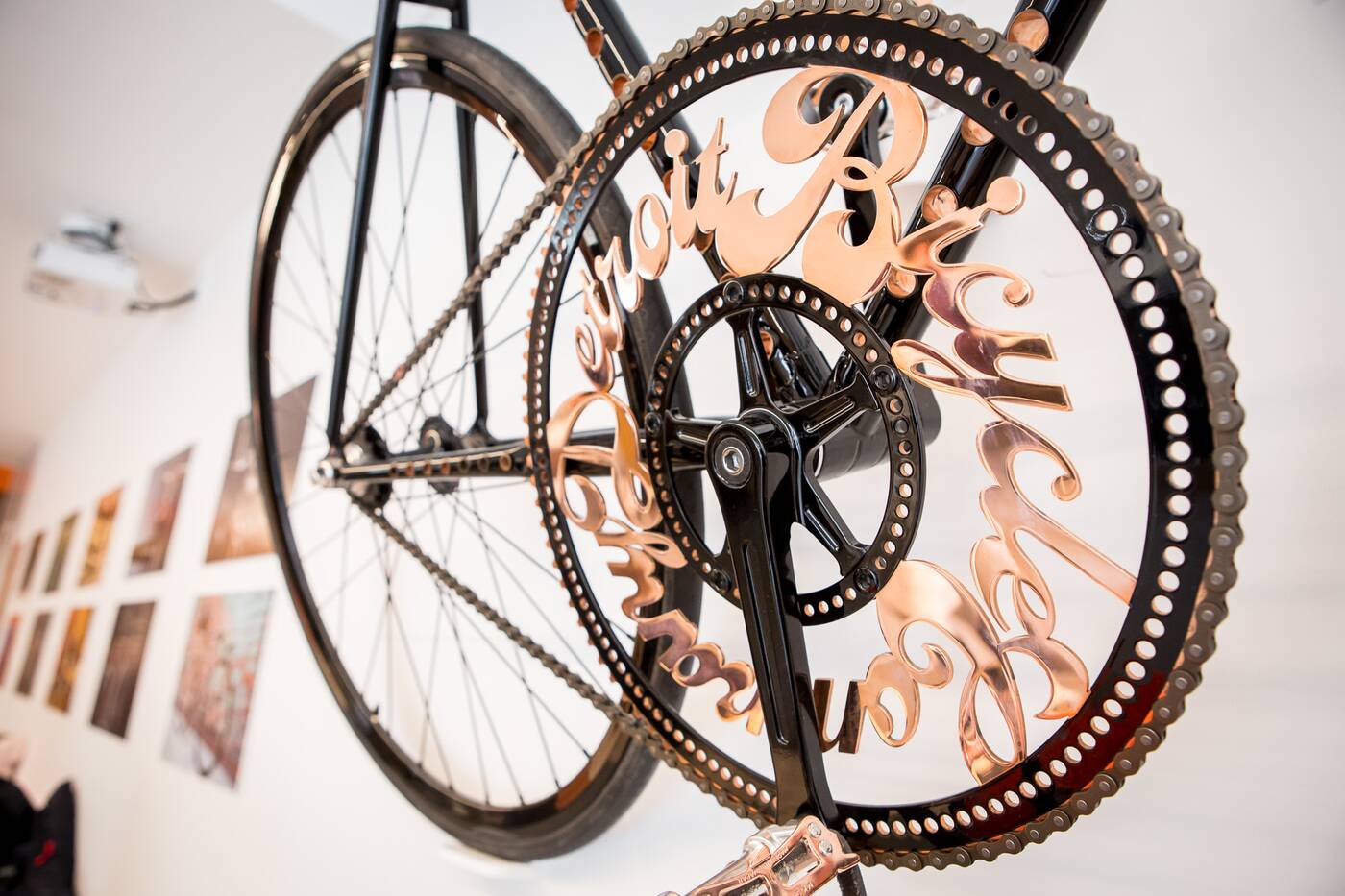 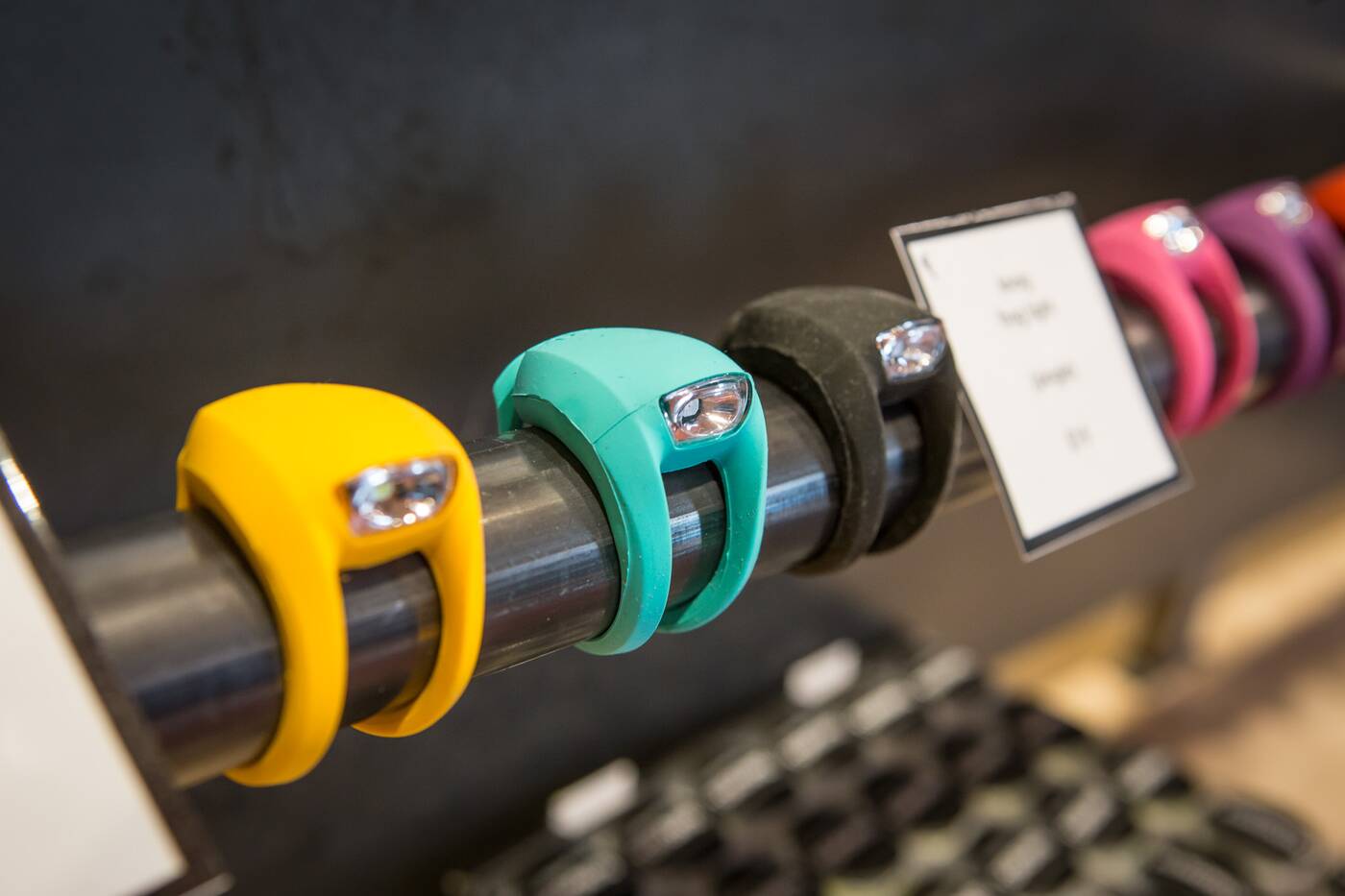 Fix also sells numerous bike accessories, and they try to support independent companies and projects as much as possible, getting a lot of their stocking ideas from Kickstarter. Even small items like this Knog Frog Light for $19 aren’t exactly cheap, but you can feel a lot better about where that money is going. 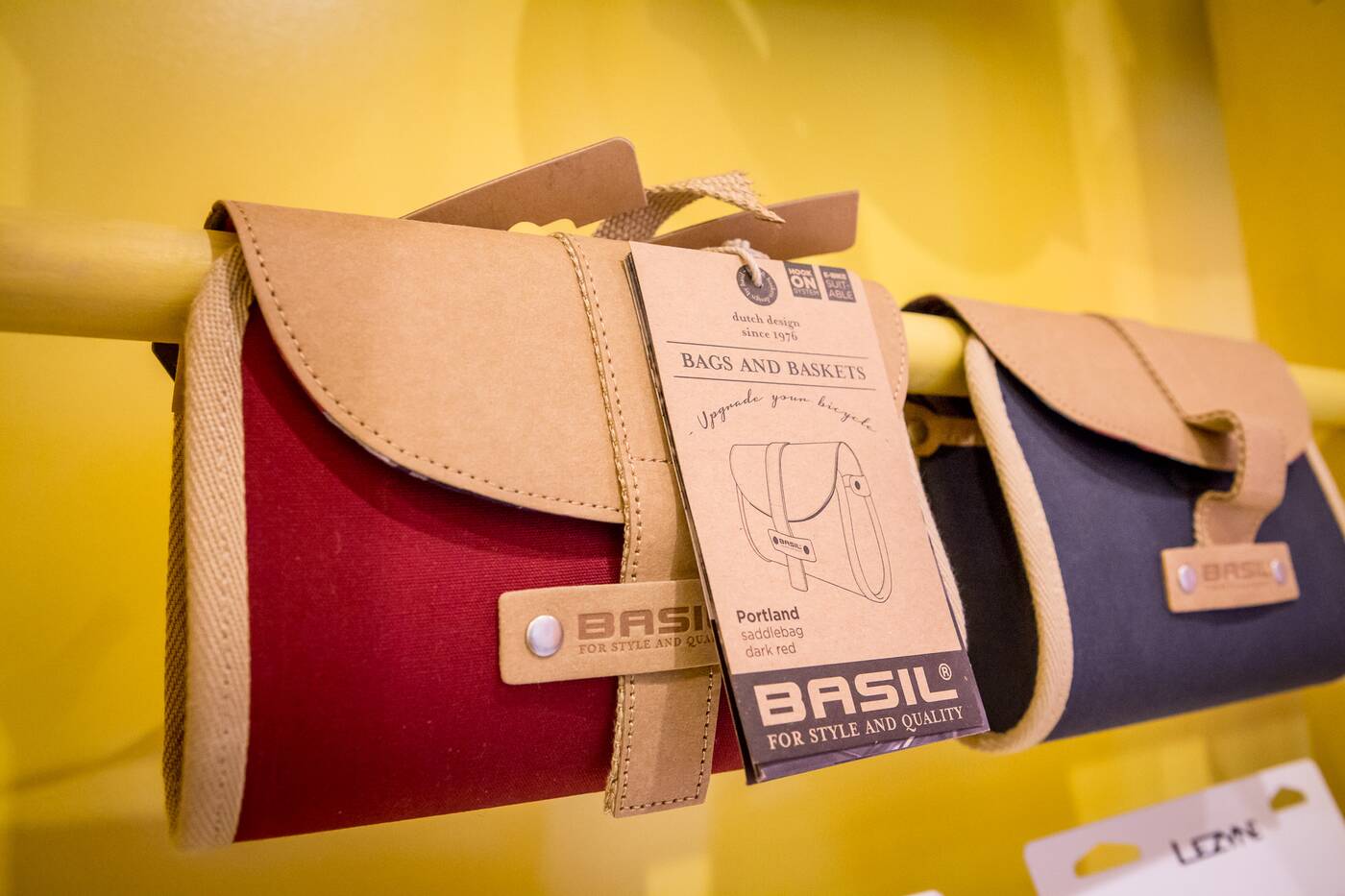 They also rep a few bigger brands like Basil, which makes these stylish saddlebags. 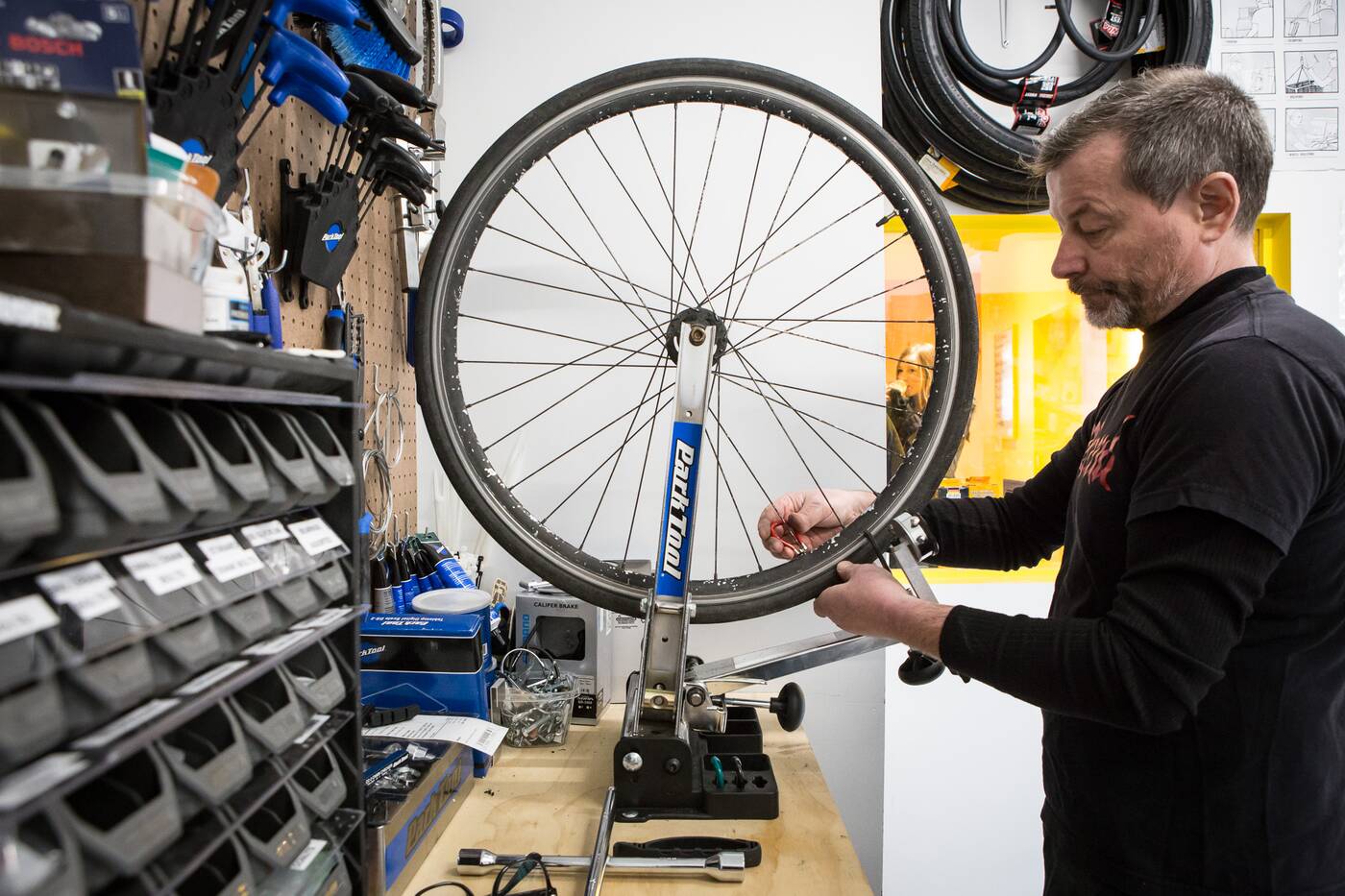 The house bike brand is Detroit Bikes. You can buy a new bike here or maintain your old one for fees ranging from $15 for a flat to $70 for a full tune-up. 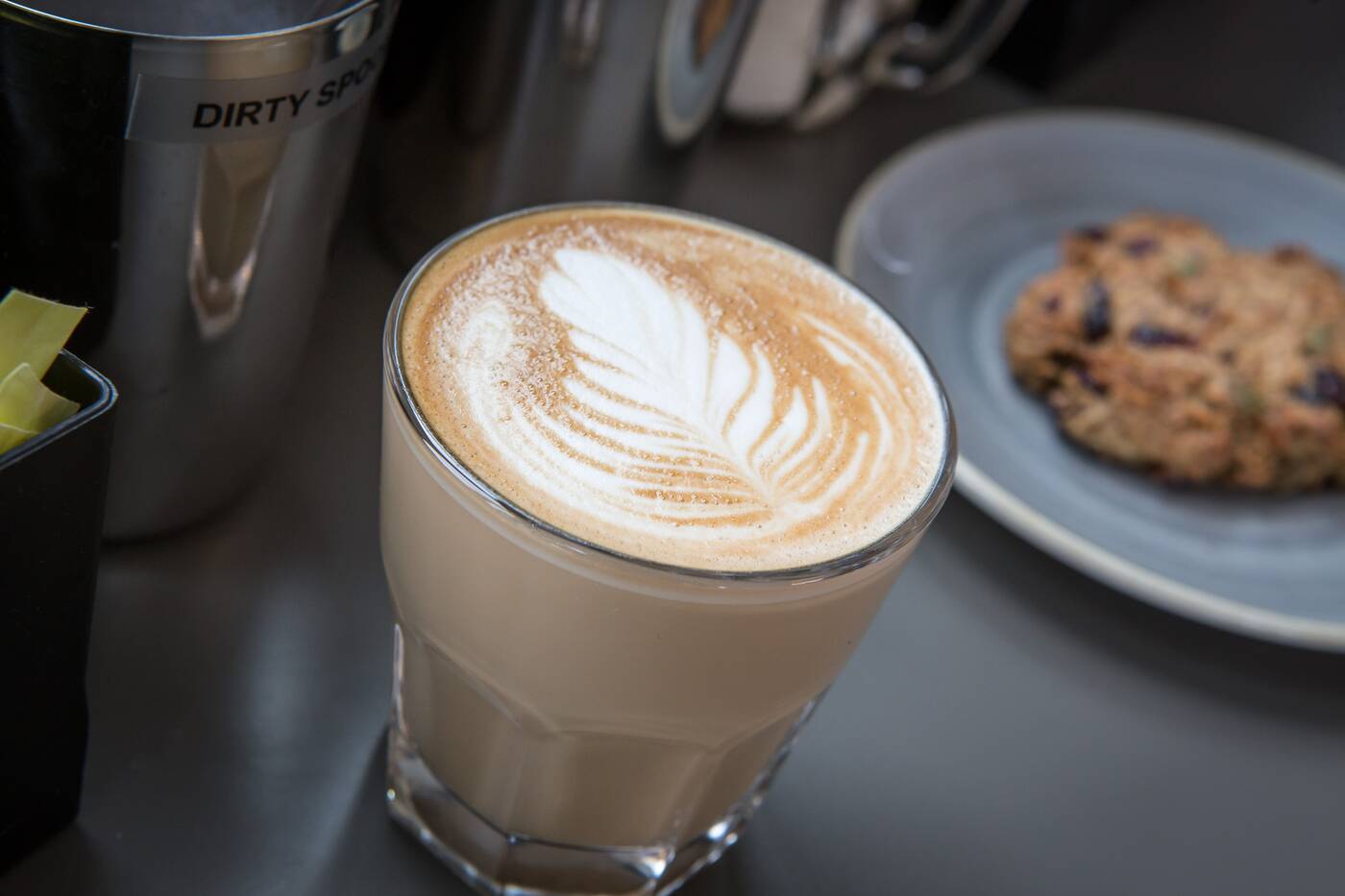 They always pull doubles here because cyclists need energy, and the silky 8 oz. latte I enjoy for $3.75 is made with de Mello’s signature Dancing Goats blend. 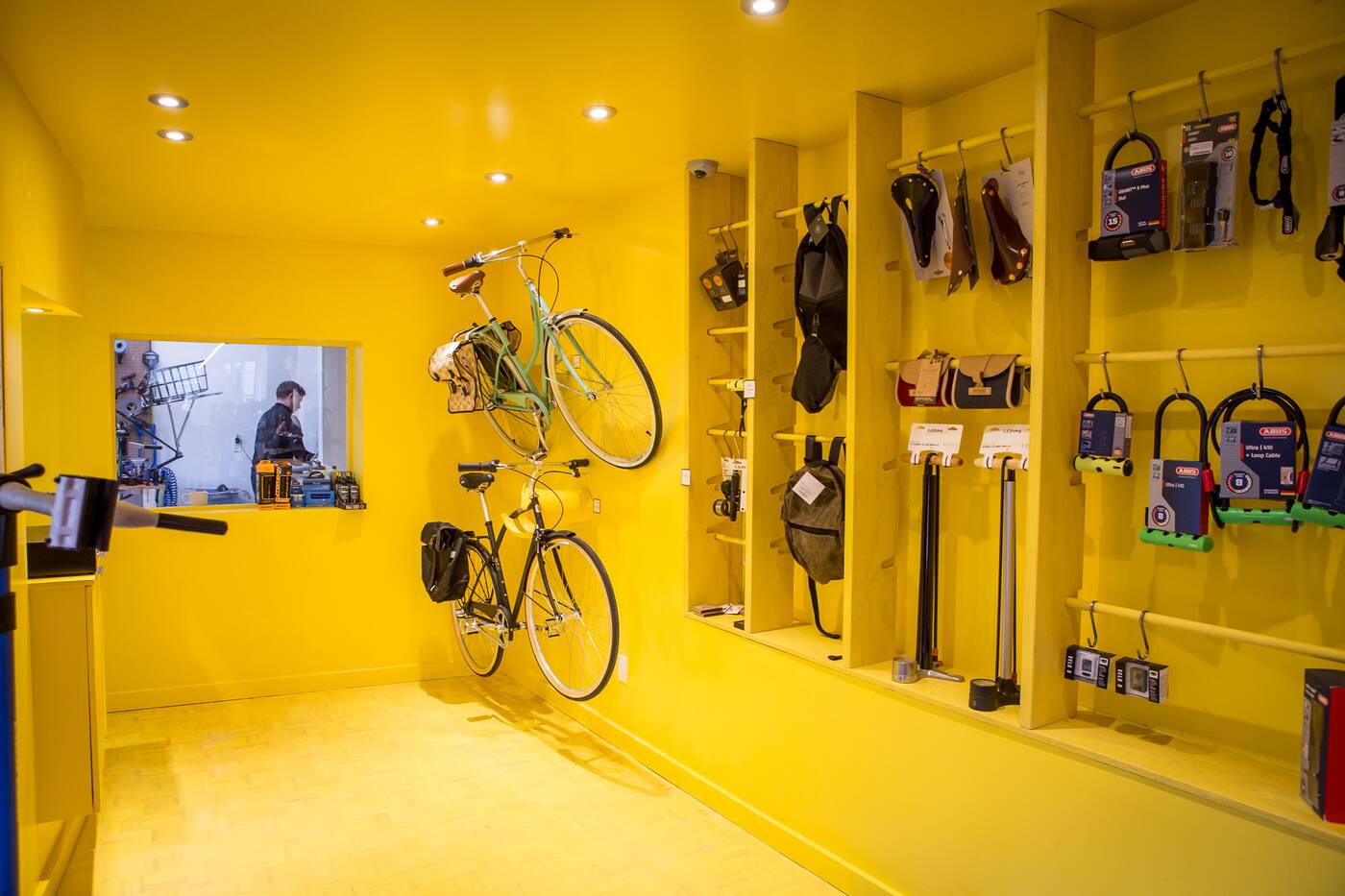 The bike space is clearly demarcated in the back in bright yellow, and there’s a patio outside for when it’s warm. 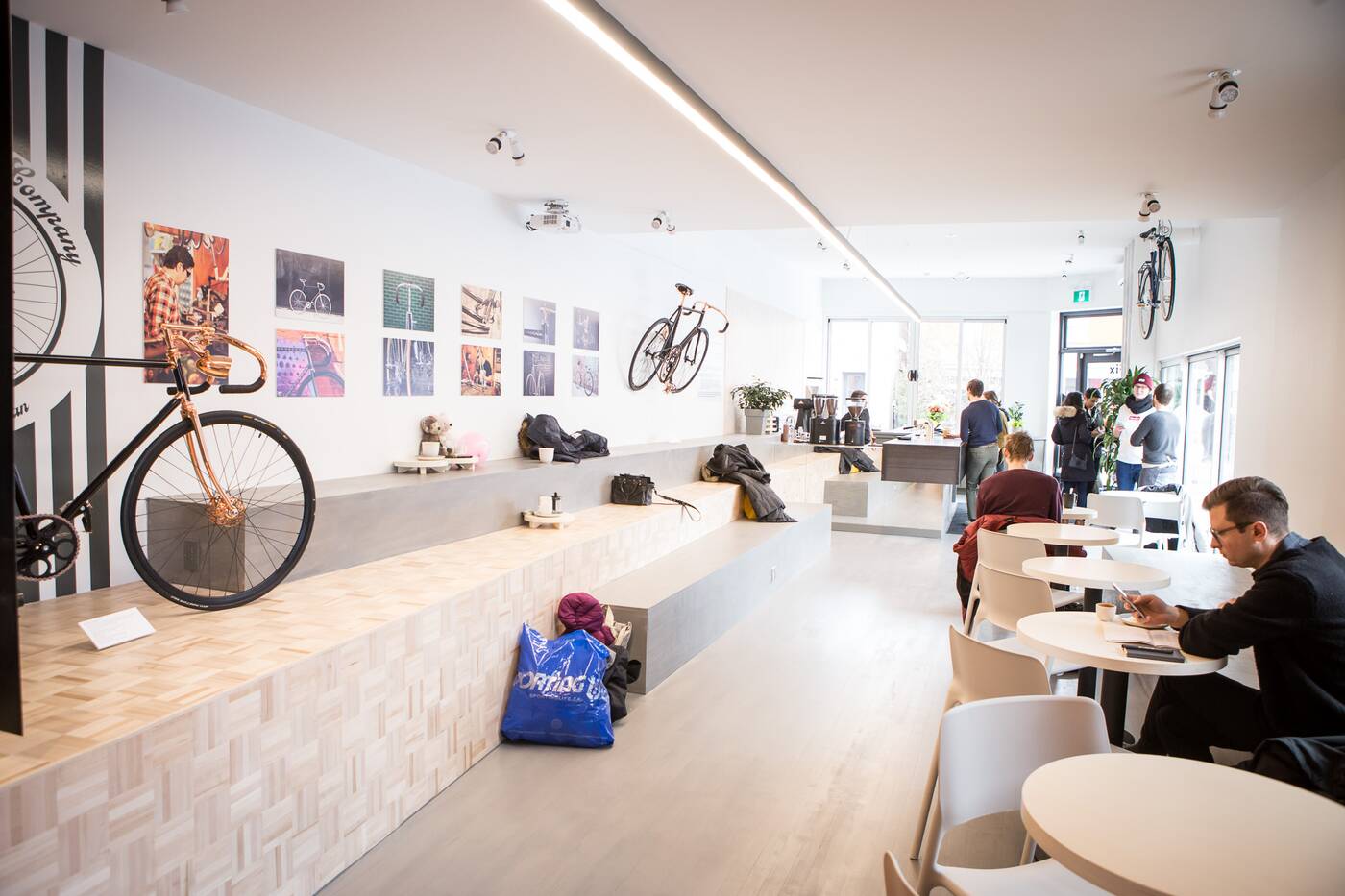 Kids and dogs are welcome along with bikes here, and children tend to gravitate towards to public-space-inspired bleacher seating while their parents tend to go for the little tables opposite. 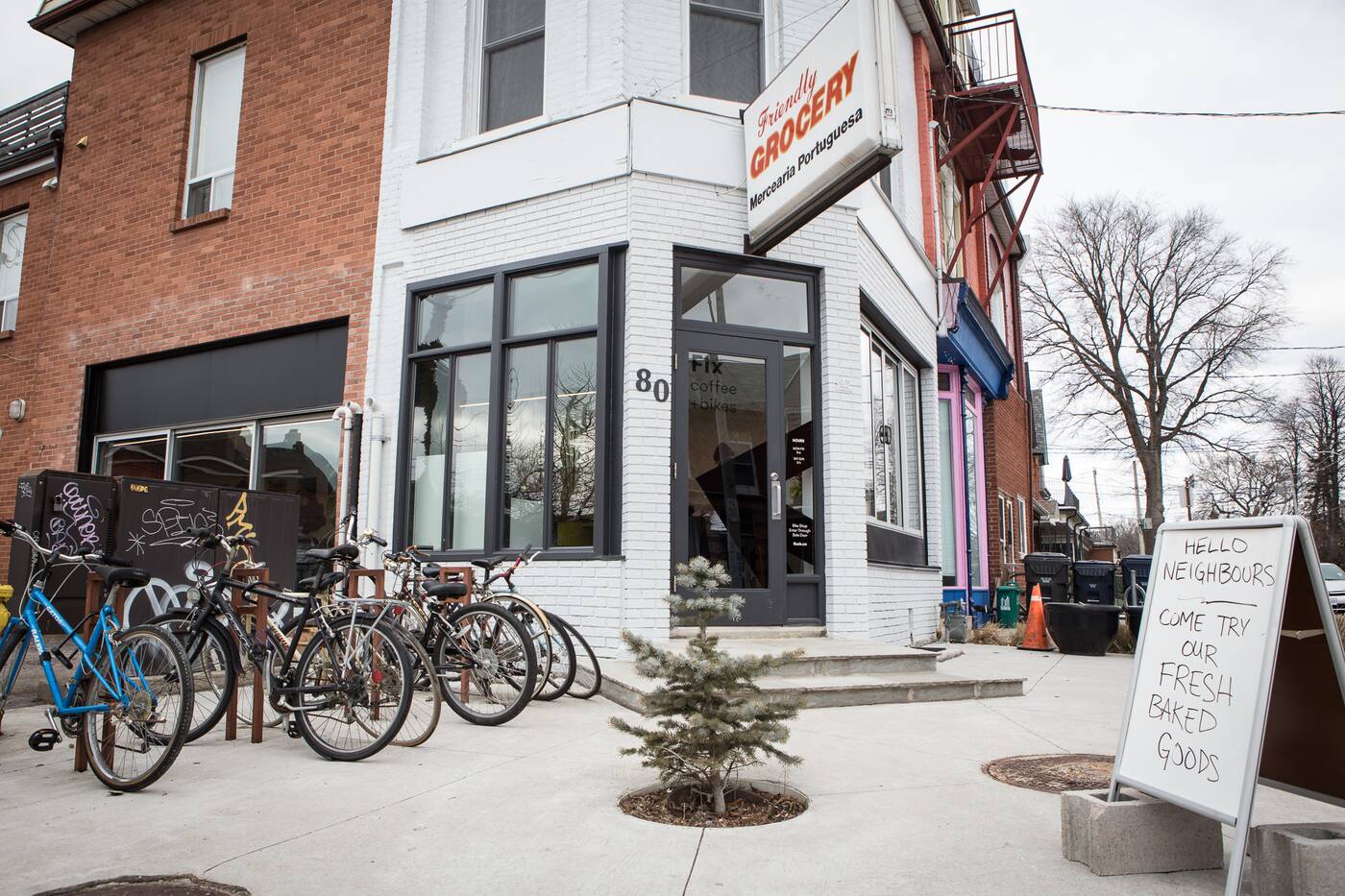 The Best New Cafes in Toronto for 2017