El Almacen on Dupont is part yerba mate cafe, part general store. Like the original location in West Queen West , the central food features here include homemade alfajores, empanadas, soup, sandwiches, and, of course, yerba mate to drink. But unlike El Almacen Queen, this spread is offered alongside a collection of motorcycle t-shirts, vintage Ontario license places, and salvage pieces of furniture. 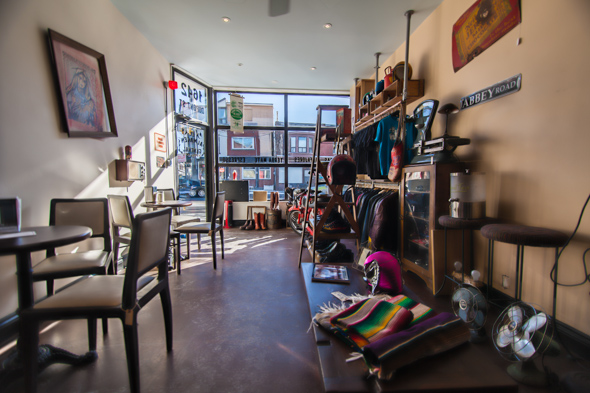 Silvio Rodriguez and his wife, Estela Velasco-Cortes, opened the original location about three years ago. This cafe/shop hybrid, however, is a joint venture between Silvio and Gigi Ziani, the latter of whom has worked at the Queen El Almacen for some time, and also happens to be the man behind Saving Gigi . 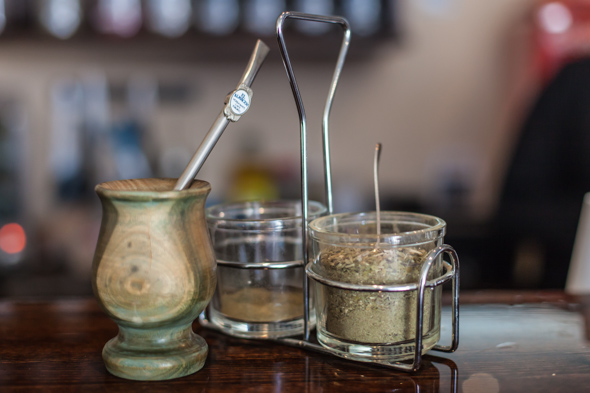 Gigi stays true to his reputation and strikes me as a little gruff upon first meeting, but he quickly opens up to tell me a bit more about the space. "For some reason," he says, "the concept of combined spaces hasn't really taken off in Toronto. Everything has to be separate. But if you travel around the world you'll see things aren't really like that." 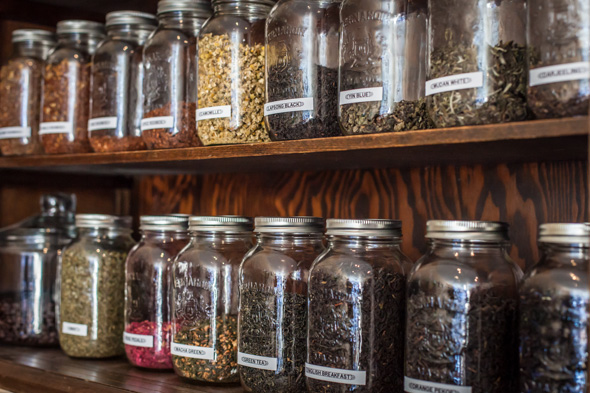 El Almacen (Dupont) opened over the Christmas holidays and has already made itself well known among people in the community. "Silvio and I were looking at this neighbourhood," Gigi says, "and we really saw it as up and coming. The area just seemed perfect for a general store concept." 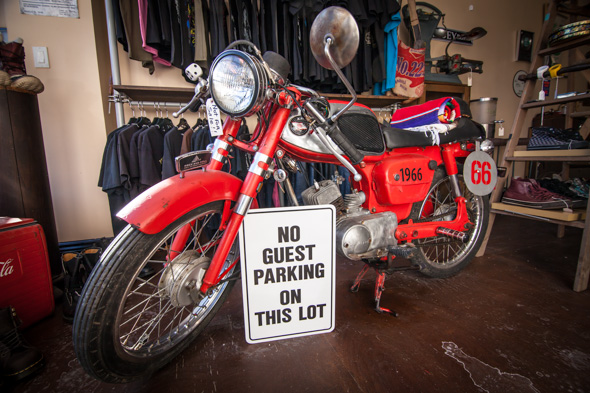 Gigi explains that everything beyond the bar — the stools ($40), the chairs from Sassafraz (before the fire , $35), the wall decor, clothes, and table trinkets — they're all for sale. He says everything has been hand-picked with a sort of "motorcycle style" in mind, and are not necessarily meant to complement the food and drinks on the other side of the bar. Along the floor are rows of cowboy and motorcycle boots (for both men and women), which go with the mostly black printed tees priced at around $10 each. Jackets include a vintage men's leather from the 1980's ($50), and a throwback Dickies coat for $30. 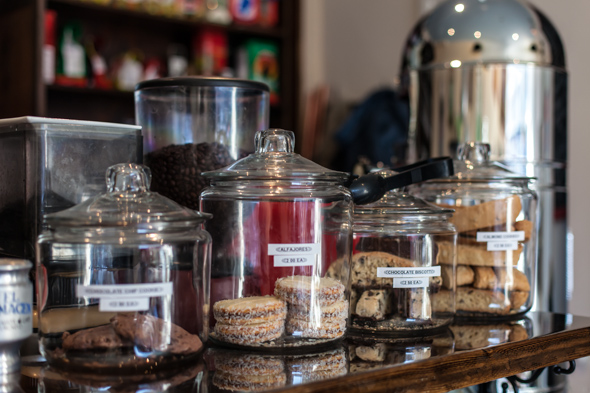 Not that I don't enjoy the odd printed tee, but I'm much more interested in El Almacen's vintage memorabilia. The best is an old Heil microphone ($100) that looks plucked from a 1960's stage, along with an iced tea dispenser that actually was plucked from the 1960's. Gigi also shows off a lamp made from an old motorcycle helmet; a piece that just needs a few more finishing touches before it's ready for sale. 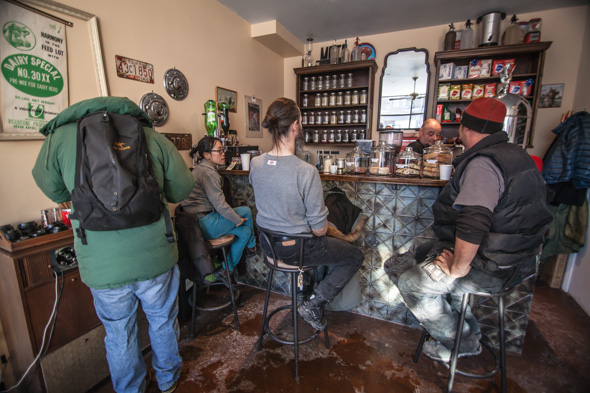 As for the cafe aspect, this El Almacen is pretty much for grab-and-go, meaning customers should be ready to walk with their mate lattes ($2.75) and empanadas ($2.40). And while the baked goods and mate is the same as over on Queen West, there are a few heartier options (soups, sandwiches) that are made in-house and can be enjoyed at the bar. That is, only if El Almacen hasn't sold off the bar stools. 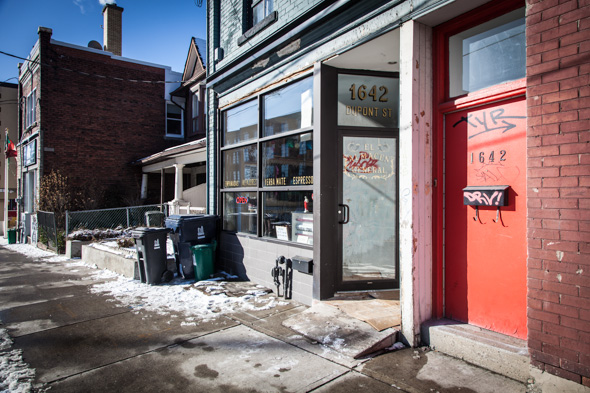