De Mello Coffee x Chocolat de Kat is a match made in heaven with the beloved coffee roasters and one of the city's favourite chocolatiers teaming up to provide strong shots of espresso beside decadent bonbons.

The shop is just a few doors down from Lion Coffee on St. Clair where Kata Ambrus behind Chocolat de Kat used to sell her chocolate creations alongside former De Mello barista Hazel Laquindanum. 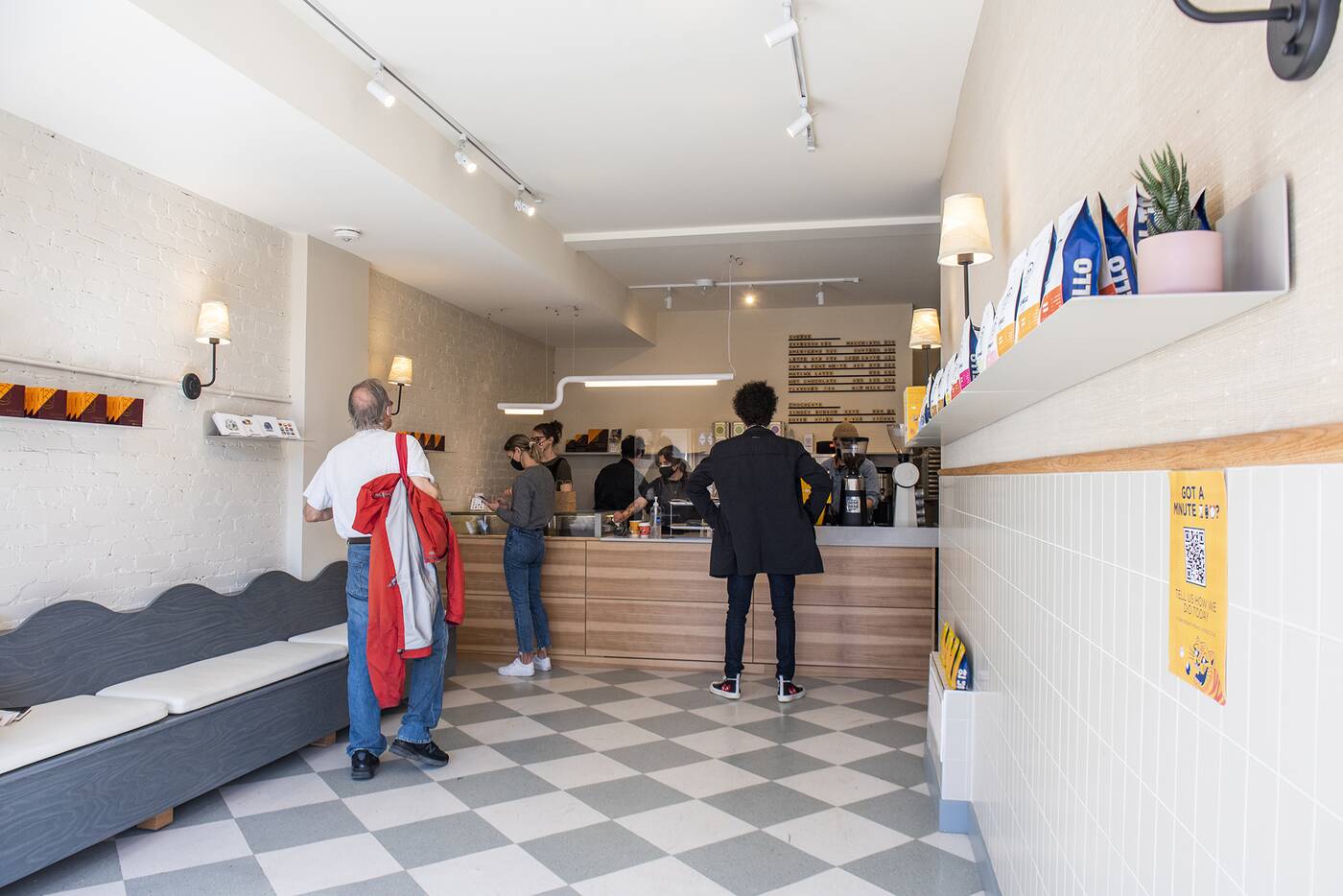 Although that store has now closed its doors with the two partners heading in different directions, Ambrus paired up with the owners of De Mello Felix and Won Cha for this new shop in her neighbourhood. 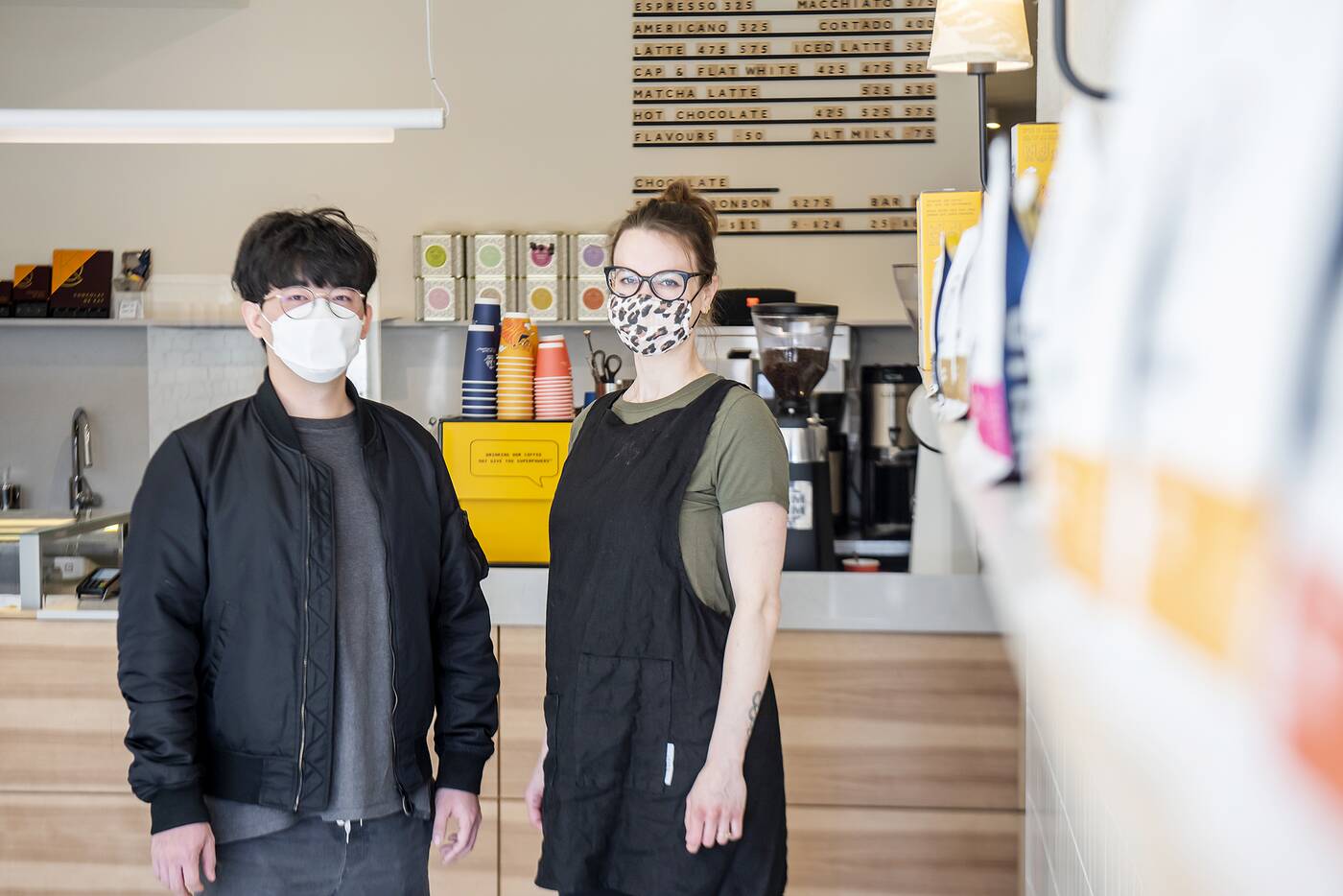 Ambrus used to work as a barista and baker at De Mello Coffee early in her career after living out her dream of living in New York while going to pastry school at the French Culinary Institute. 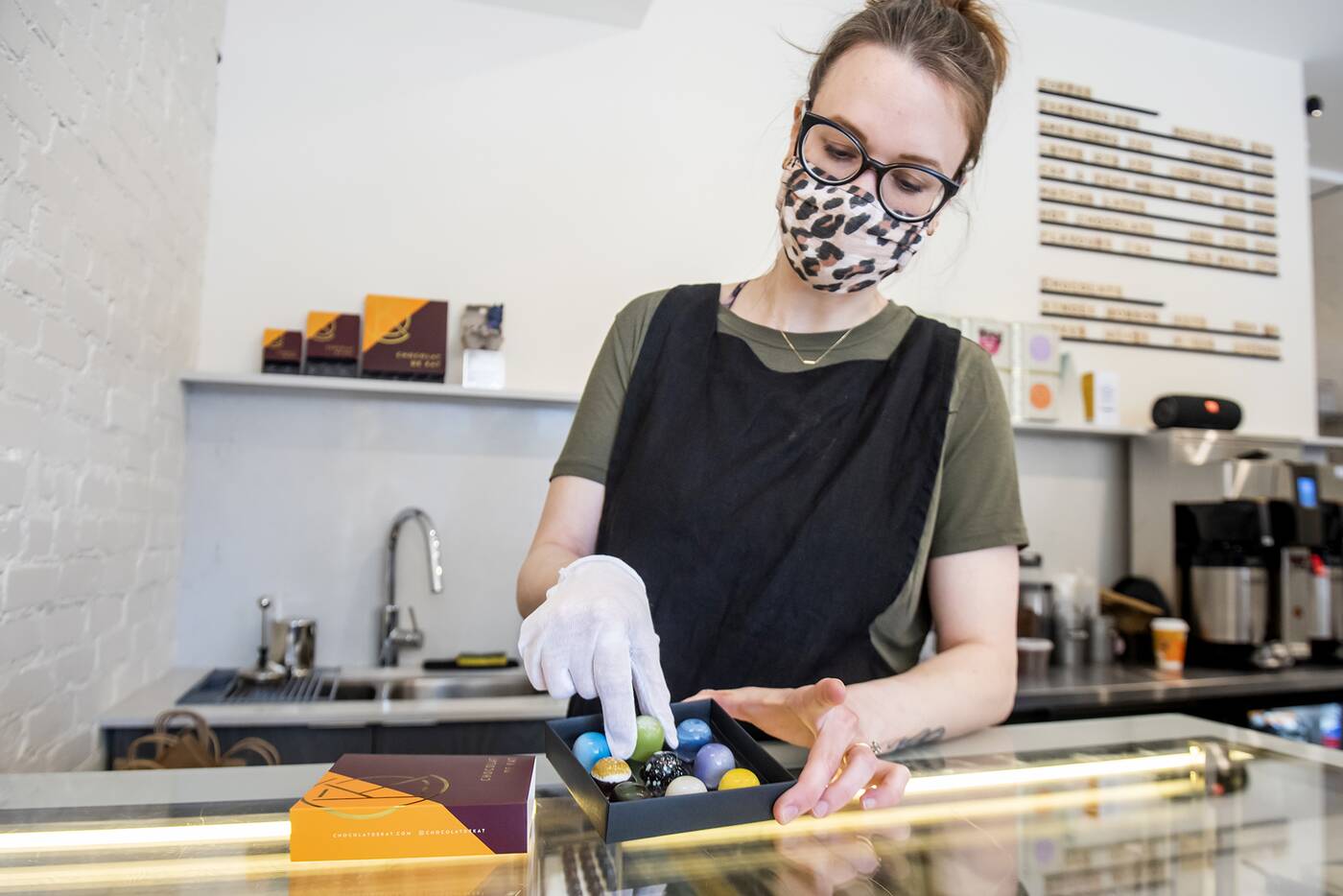 During her time at the coffee shop at Yonge and Eglinton, the brothers let her use their kitchen, where she started to develop a passion for chocolate. It wasn't long before she moved away from pastries to focus solely on bonbons. 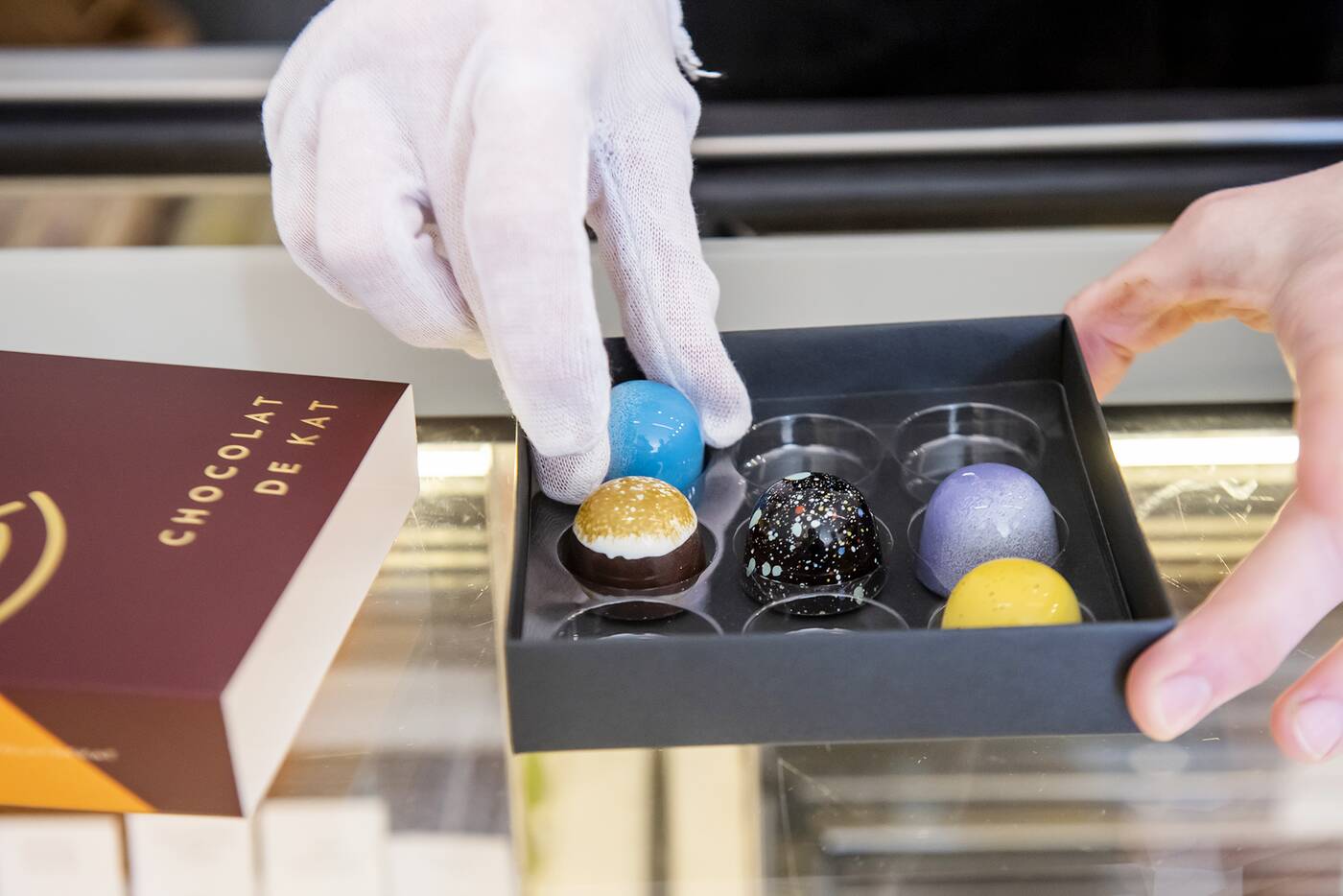 Five years later and she has close to 45 recipes under her belt, with about 25 flavours in the display case at a time. Some rotate depending on the day of the week, while a few mainstays include salted caramel, creme brulee and hazelnut praline. 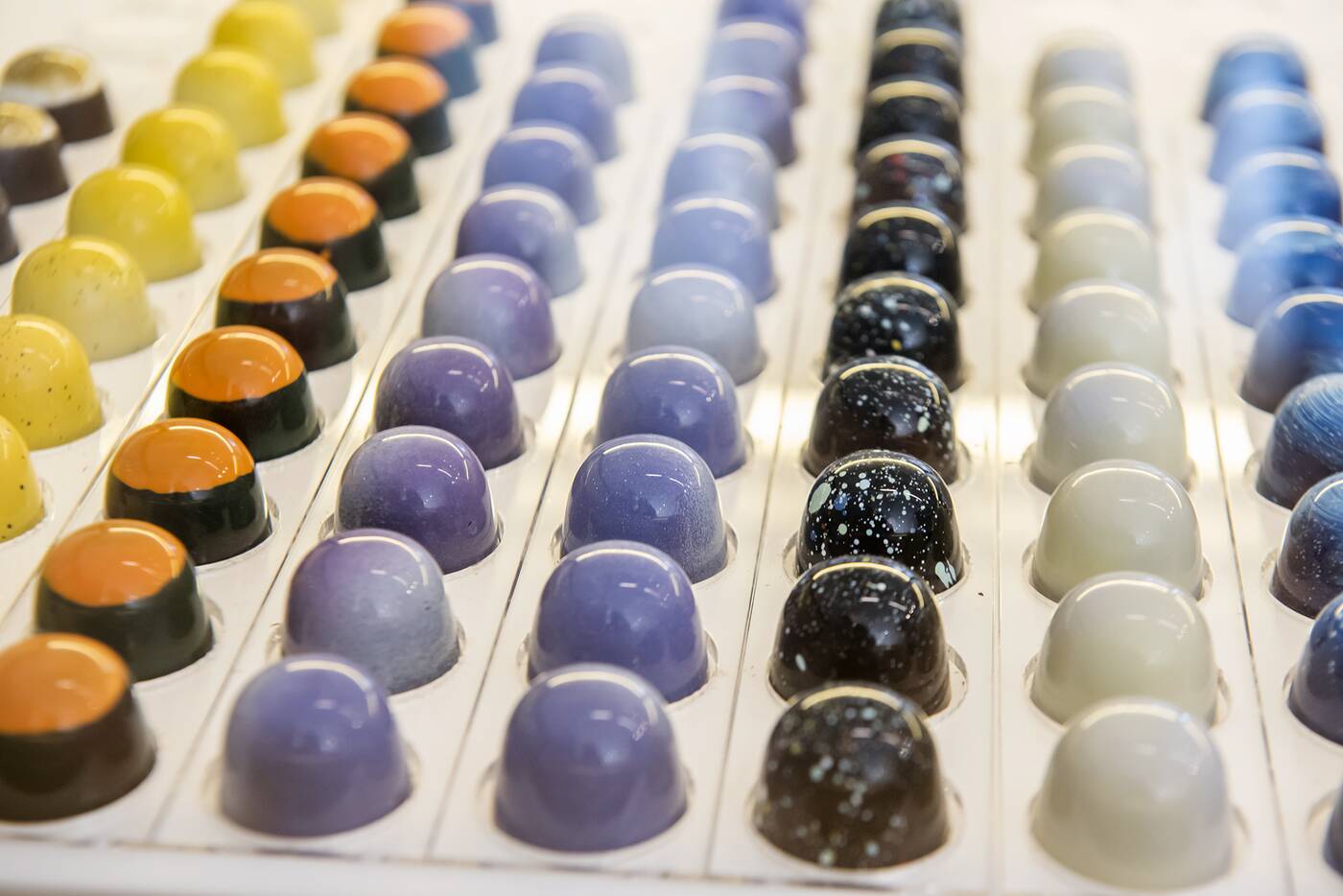 Salted pistachio praline is Ambrus' personal favourite. The dark chocolate shell containing a layer of pistachio ganache and salted fudge hazelnut praline was inspired by a gelato flavour she tried while visiting Rome a few summers back. 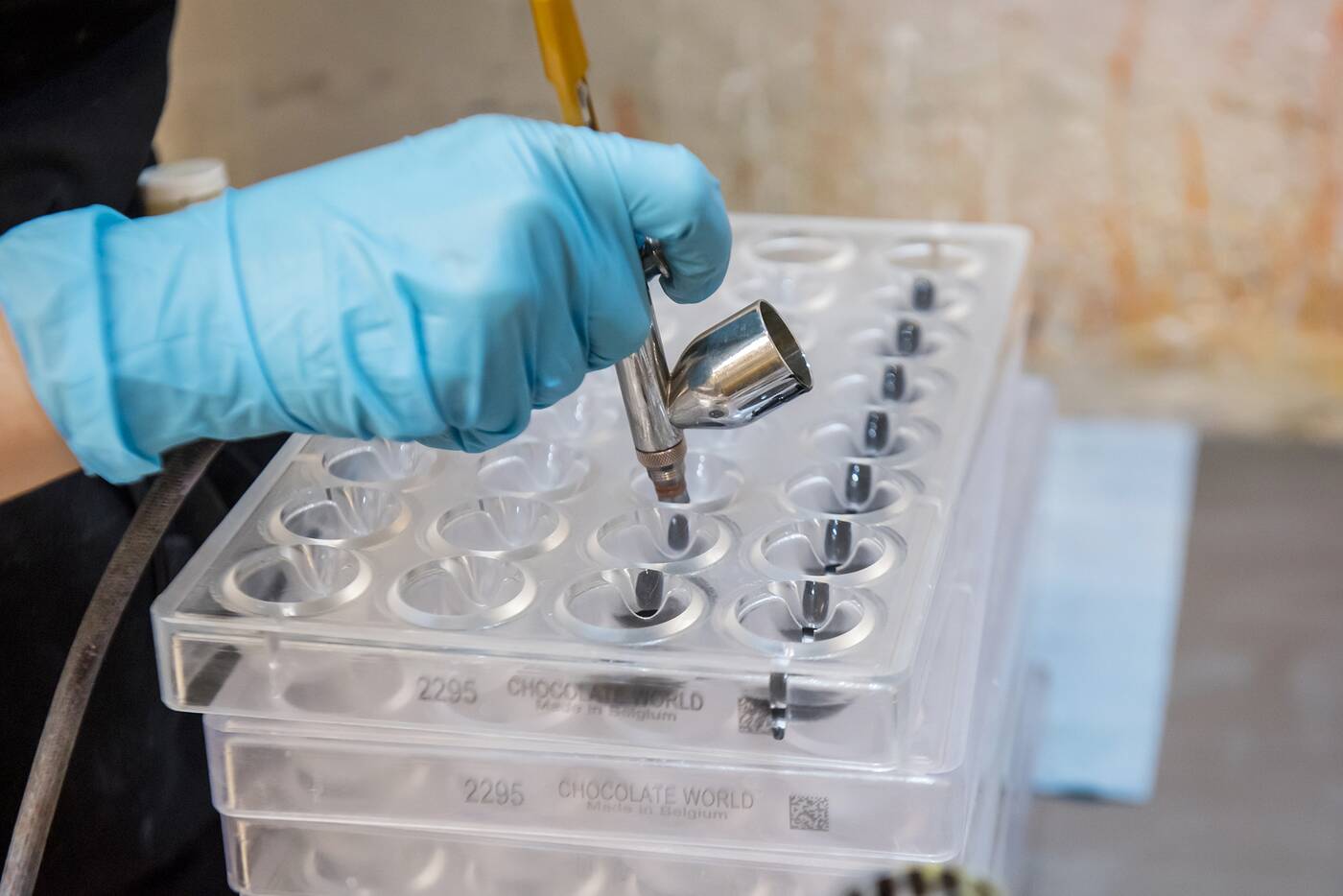 Although the flavour is the number one priority, plenty of work goes into achieving the beautiful designs and shine. Molds are decorated with coloured cocoa butter before the chocolate goes in to create the fancy effects. 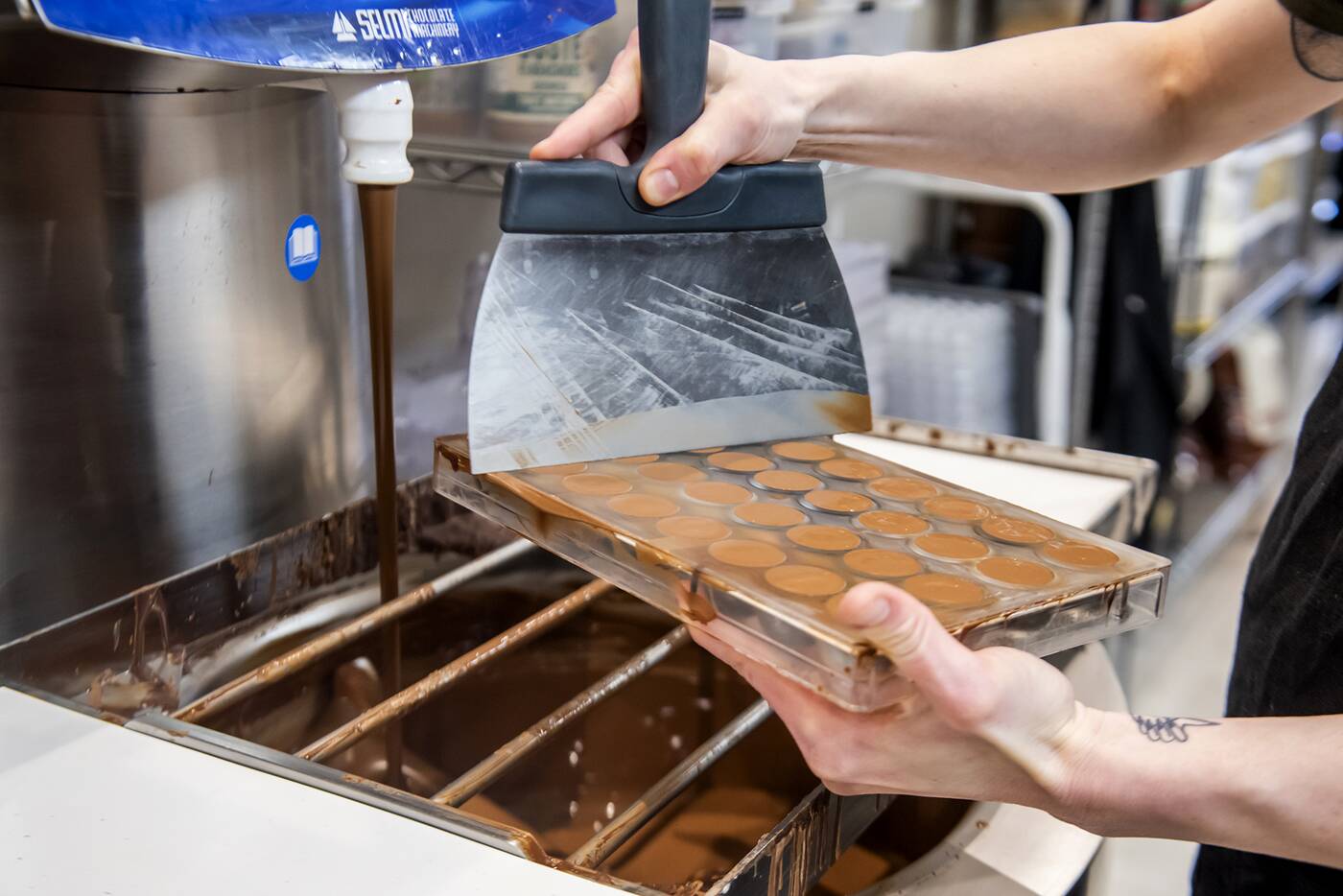 Once the molds are decorated and dried, they take tempered chocolate and create the shells, scraping out the excess chocolate and drying again overnight before filling with a ganache, caramel or what-have-you. 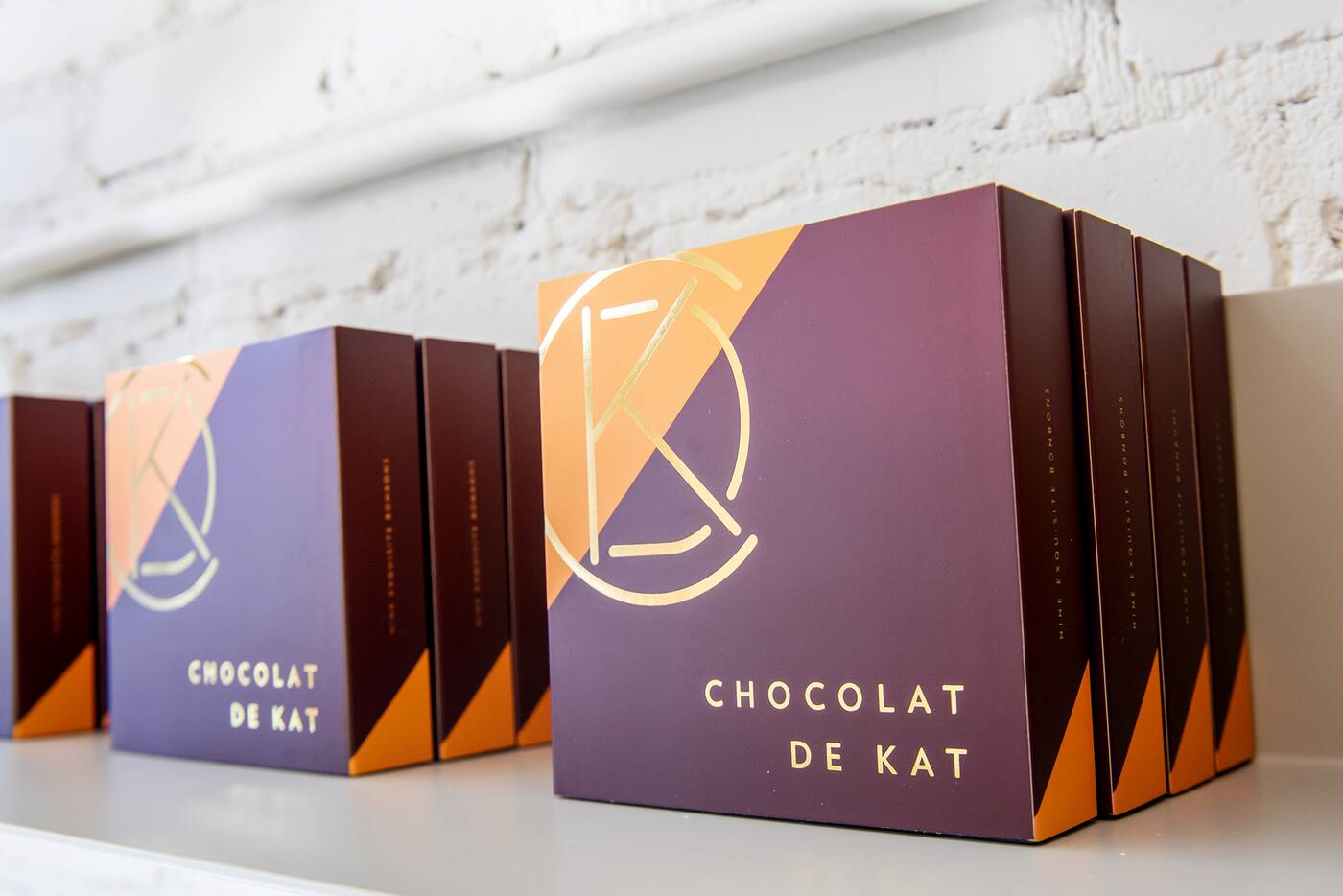 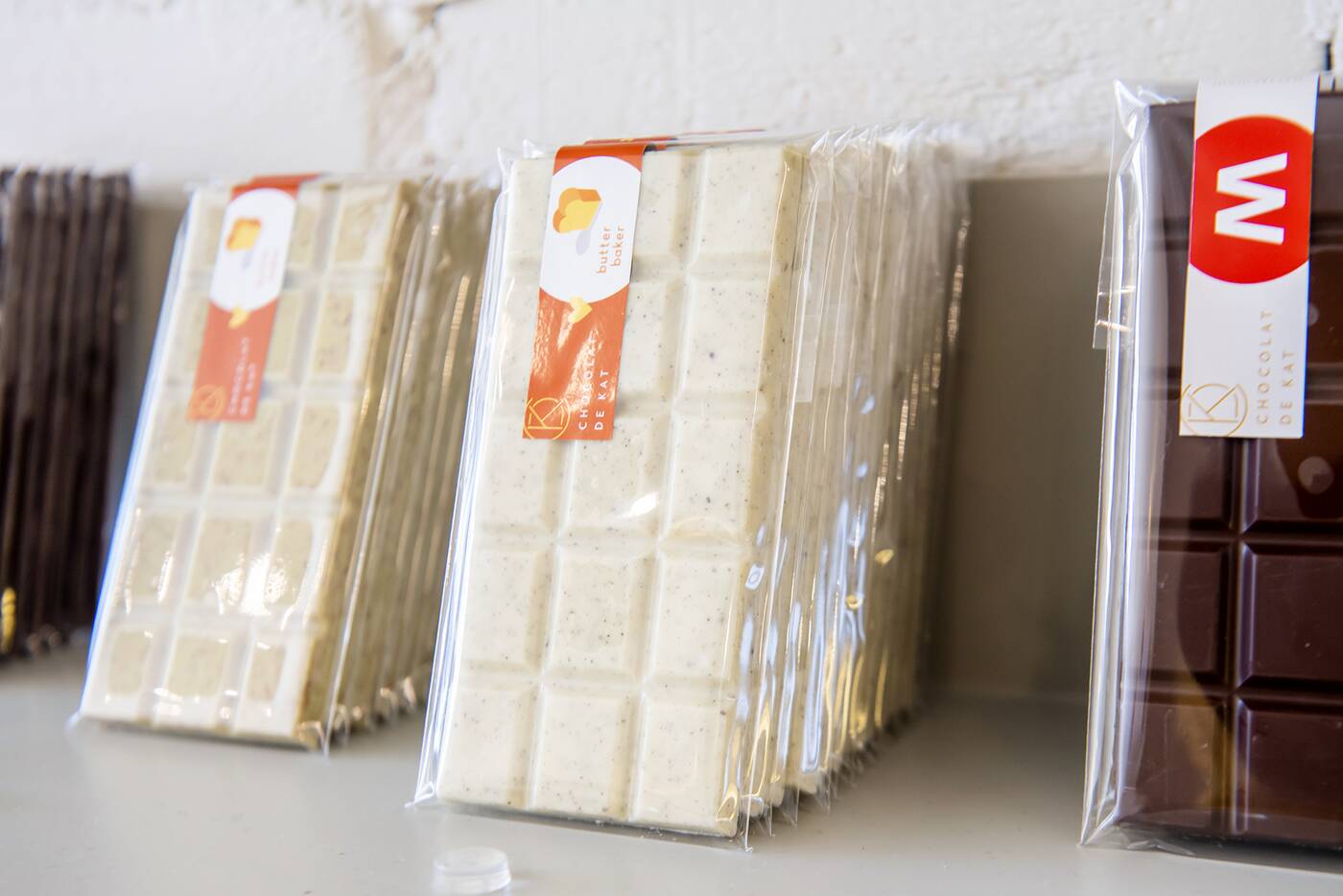 Chocolate bars ($8) are also available. Ambrus collaborated with the executive pastry chef from Butter Baker to create these bars made from Ruby chocolate, which comes from the ruby cocoa bean. Flavours include Ruby cheesecake, matcha krispie, granola bar and candied Earl Grey. 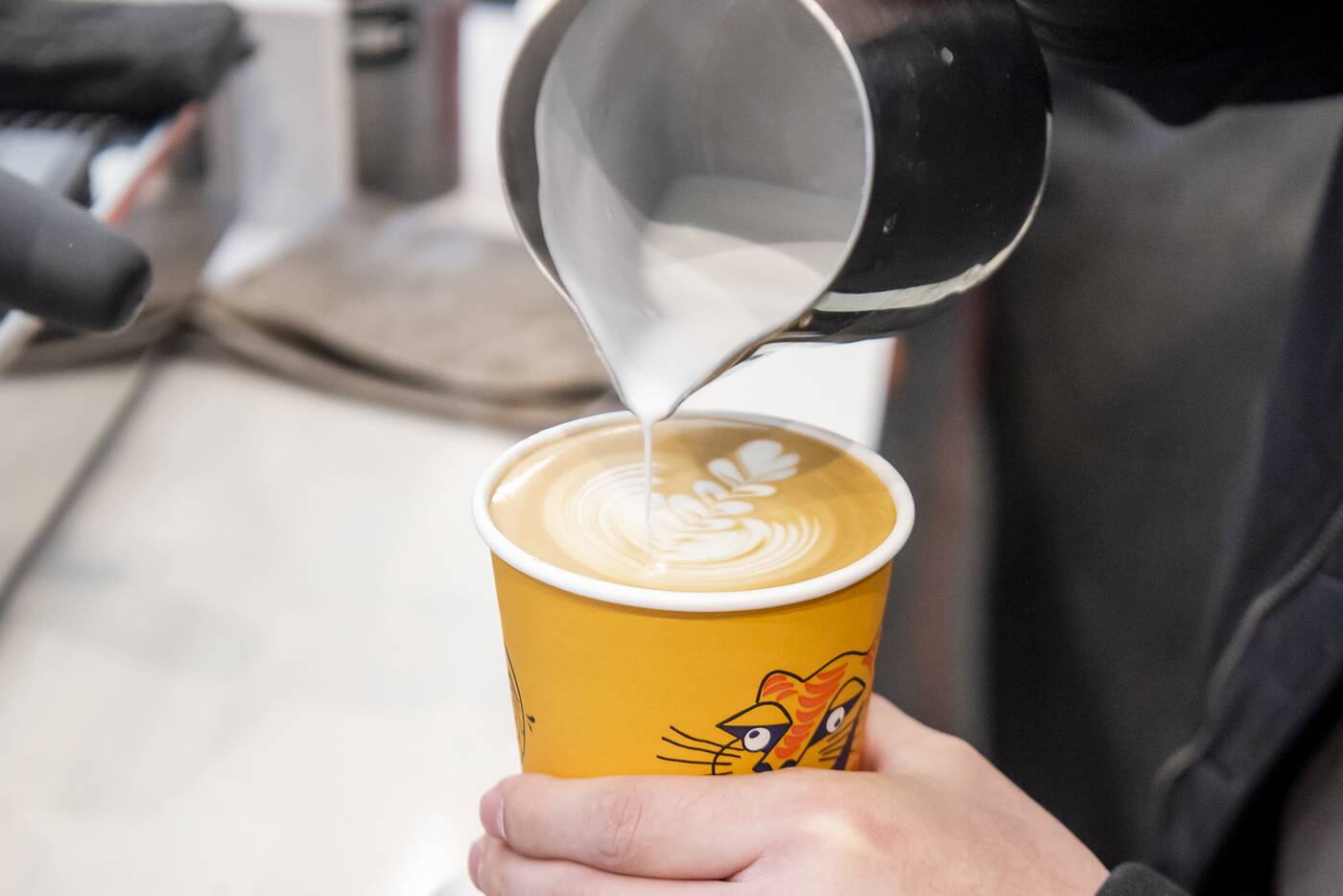 A box of bonbons goes nicely with a double-shot latte made with De Mello's Dancing Goats house brew. The creamy coffee that errs on the sweeter side is well-liked by both coffee snobs and occasional consumers. 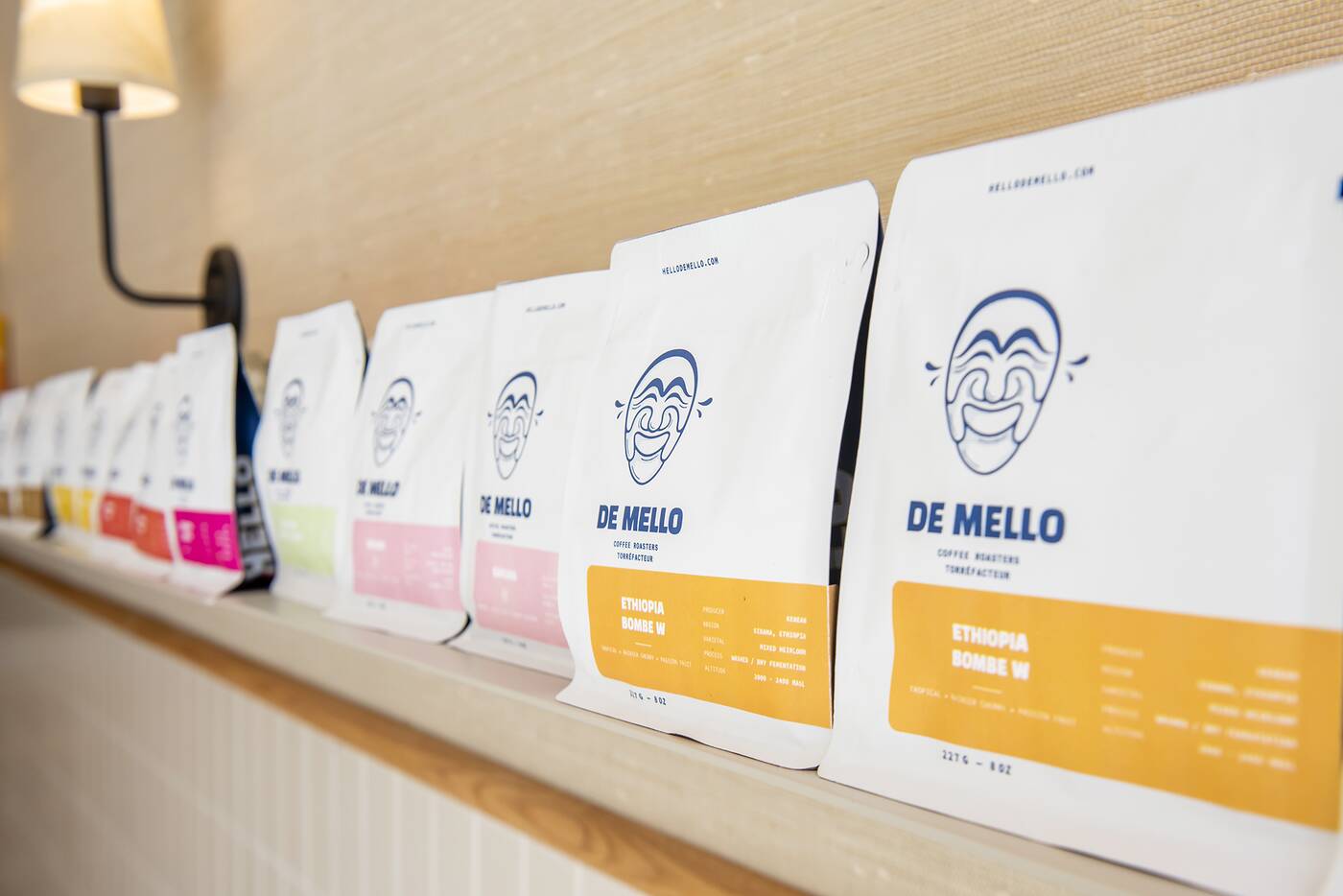 They also feature different exotic rotating brews ,usually from Ethiopia or Costa Rica, that they change once a week. Roasted and aged for five days at their roastery here in Toronto, their other single-origin blends can be bought and prepared at home. 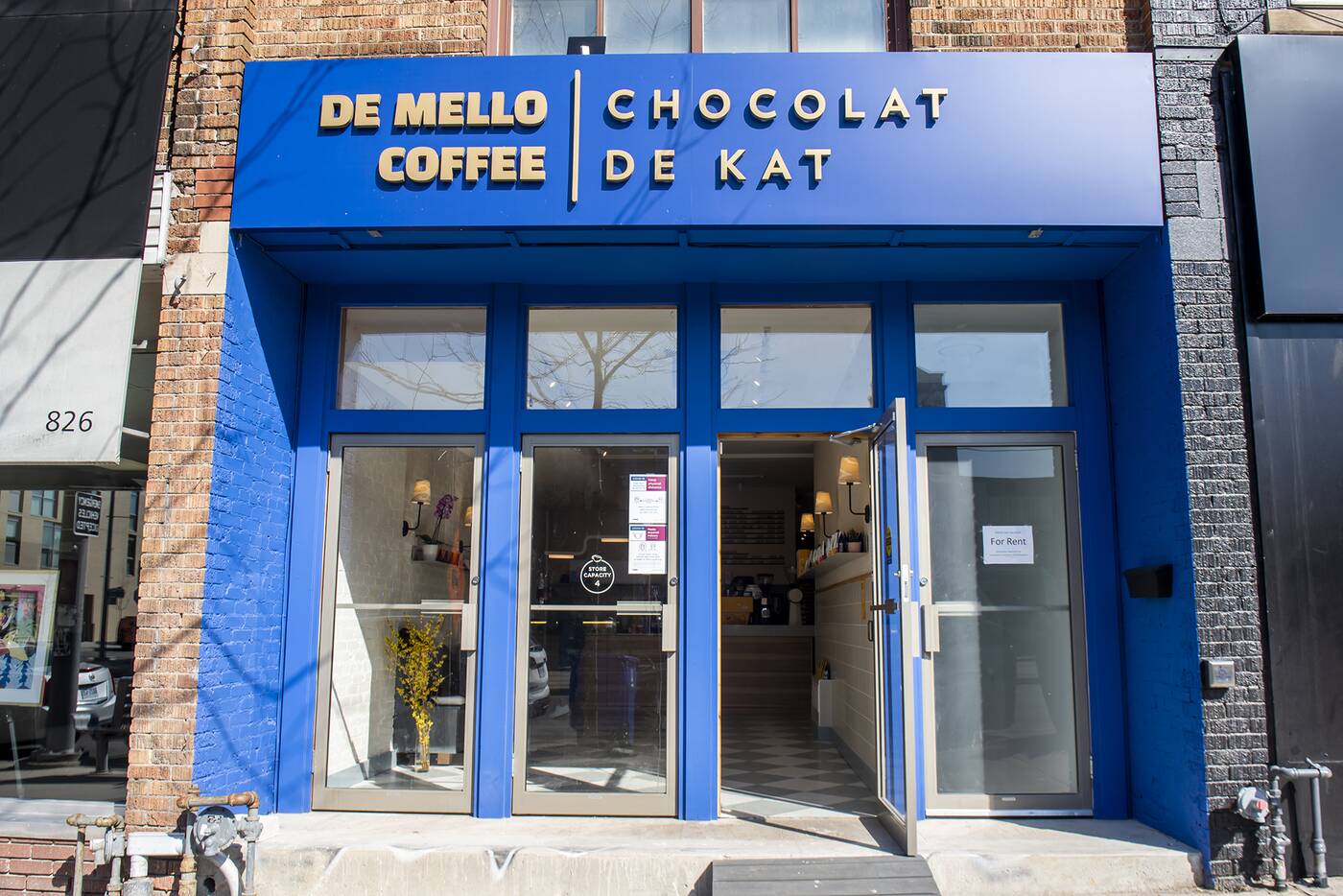