Dark Horse has once again proven to be one of the most tenacious purveyors of coffee in Toronto, and their new location proves three isn't just a crowd. With this new corner spot on Queen West, Dark Horse has really hit its stride but maintains the same signature look we've all grown used to: communal tables, glass jugs, lots of knotted wood and a fancy and well-organized cash register/order system. 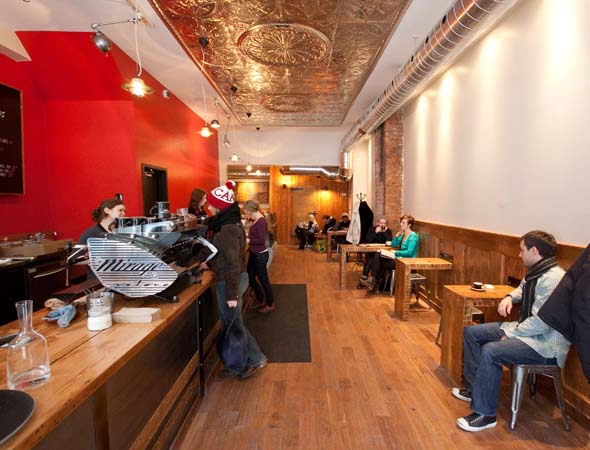 Found next to Sydney's at Queen and Euclid, the new Dark Horse Espresso (affectionately referred to as Dark Horse 3) is clearly going to be able to hold its own against the nearby Quaff and Niche cafes. 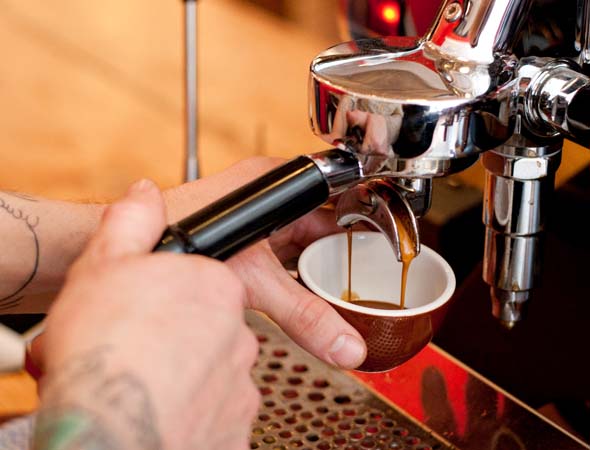 The first thing I order is a shot ($2.51). My first impression was that the crema had little elasticity, but the shot went down well. I was first told that my shot was a Detour Panamanian blend (later corrected to 49th Parallel's Epic Espresso), and it was incredibly sweet, without being too bright. This espresso (whichever it was) had the distinct sweetness of a green apple.

I have had 49th's Epic Espresso many times, and I am almost certain this wasn't it. The apple-like sweetness of this coffee caught me off guard, but it's still worth a try. Epic tends to taste a little bit heavier on the tongue. 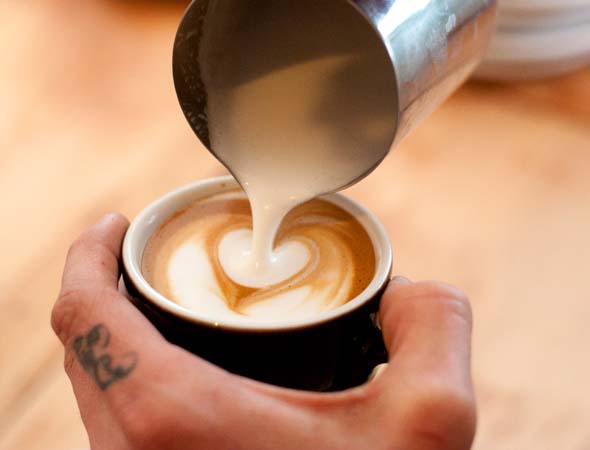 Next I ordered a cappuccino ($3.10), and it was pretty good, but not great. Served in a nice tulip-style cup, I appreciate the clean and stylish look of the drinks coming across this bar.

Technically speaking, this cappuccino had a couple of flaws, but thankfully the unique flavour of this espresso held everything together. The milk was much hotter than I would have preferred, and the head of foam was much thinner than I think a good cappuccino deserves. That said, this Dark Horse only opened a few days ago so it's hard to be critical at this point. 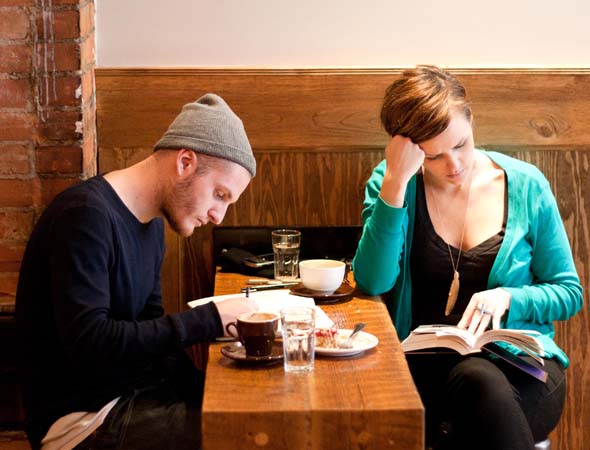 One of the most striking aspects of this cafe is the gorgeous tin ceiling. A ton of construction work was done to get Dark Horse 3 into shape and it shows. Strong lines, re-claimed furniture and materials make this one of the most appealing cafes to hang out in Toronto. Rivaling the well-calculated design of Hula Girl , this most recent Dark Horse is definitely their best. And that's saying something.

A latte is $3.57, americanos are $2.86 and a selection of grilled paninis is in the works for this location. 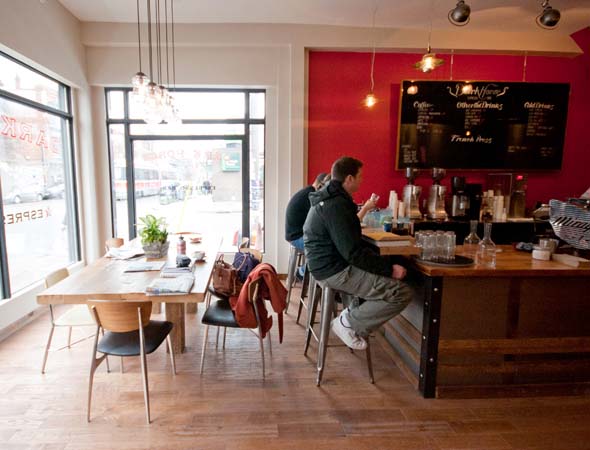 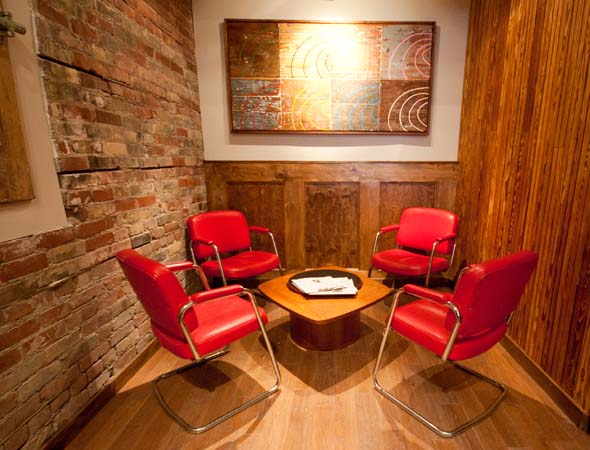 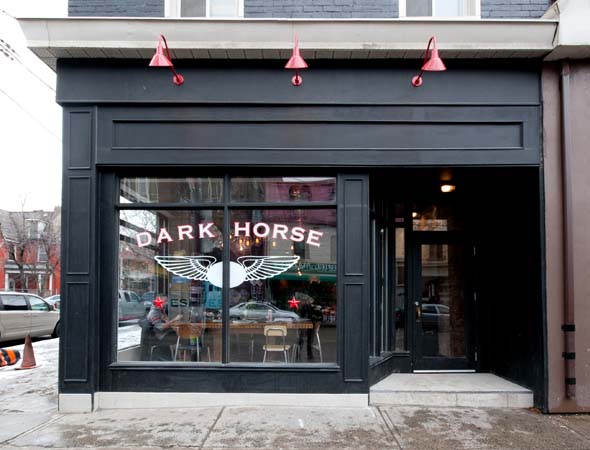