Coffee Pocket is a clear representation of the guy who opened it: tall, skinny and no room for excess. Sam James , owner of Coffee Pocket, has been an integral part of the Toronto indie coffee scene for quite some time. After working at a number of shops across the city, competing in barista competitions and more recently, opening shops of his own, this skateboarder-turned-barista has really made a name for himself in this city. 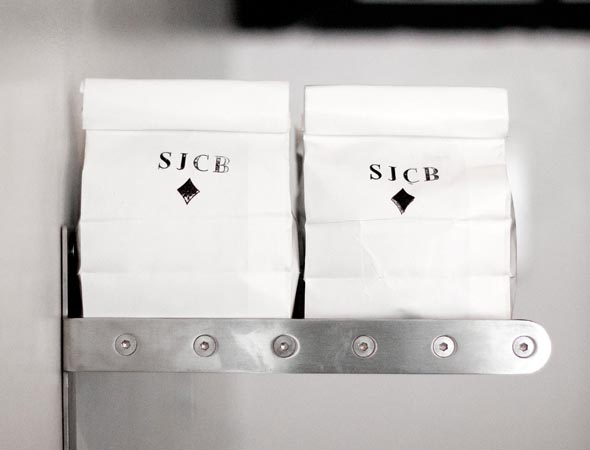 I've known James through the coffee crowd for a couple of years now, and I've grown to expect a certain level of consistency and care put into the coffee he's responsible for. 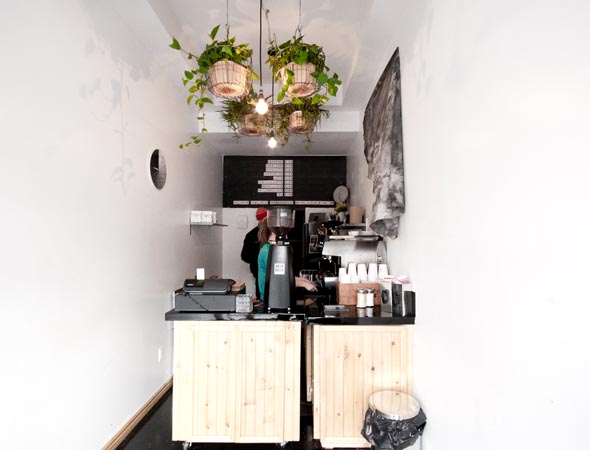 Having a well-established set of customers from his first shop, Sam James Coffee Bar on Harbord, James decided a quick to-go only spot was what his empire needed next .

According to James, he is seeing many of the same people patronizing both of his shops. To him, he's just made it easier for people to get a good, quick cup of coffee. 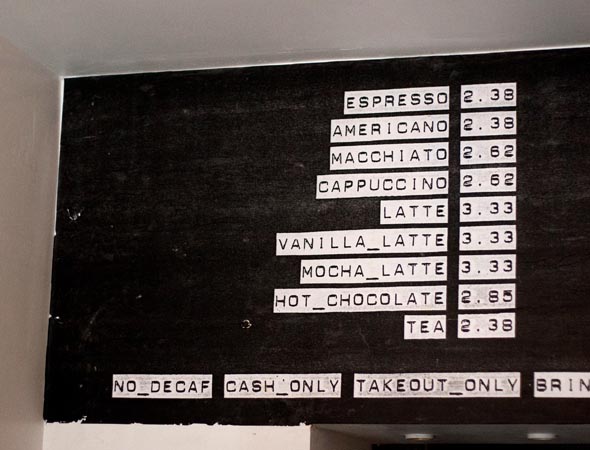 Serving the same blend of coffee from Quebec roaster Toi et Moi, James has a slick new Mazzer grinder and La Marzocco G5 rig to pull shots till the cows come home. When asked why he hadn't branched out and bought a Mazzer grinder with a digital doser, I was told, "I like to be involved in making coffee every step of the way," though I should have known that before I even asked. 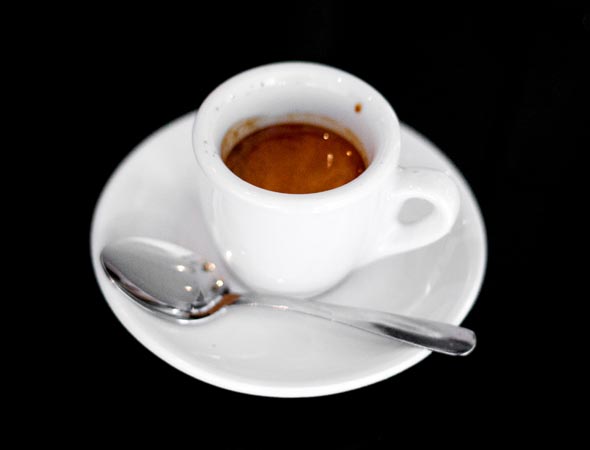 I had both a shot and a cappuccino, and was excited by both. The espresso is sweet and smooth, but not bright and has a distinct berry/ citrus aftertaste that I think can largely be attributed to the Ethiopian Harrar in his blend. Many of the shops I have reviewed lately have been using spouted filters, but James, in the name of streamlining, modernity and his usual no-frills attitude, uses custom sawed-off bottomless filters.

It holds up well as a shot, and also holds up to the milk in the cappuccino. With blends like this, I am often weary of how they will pair with milk, but in this instance, the milk neutralizes the coffee taste, and produces the creamy and rich taste we all love about a good cappuccino.

Also, James serves his cappuccinos in an 8 oz. Cup, which I think makes a ton of difference in terms of concentration and taste. With a cup of this size, you can have both a well-pulled shot and the right amount of milk, so not to drown out the taste of the coffee, and overwhelm the senses with bland milk. 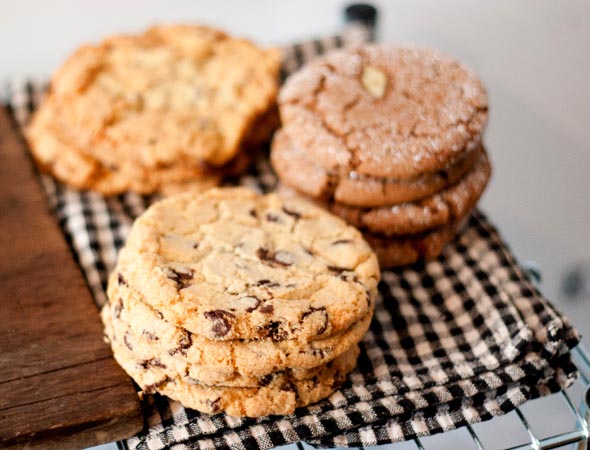 Currently, Coffee Pocket sells the usual Circles and Squares pastries. Though they represent the coffee shop basics (scones, muffins etc.), I am getting a little tired of seeing them sold in so many coffee shops across the city.

Minimalist design, quick and consistent service; James knows how to squeeze a great shop into a small spot. 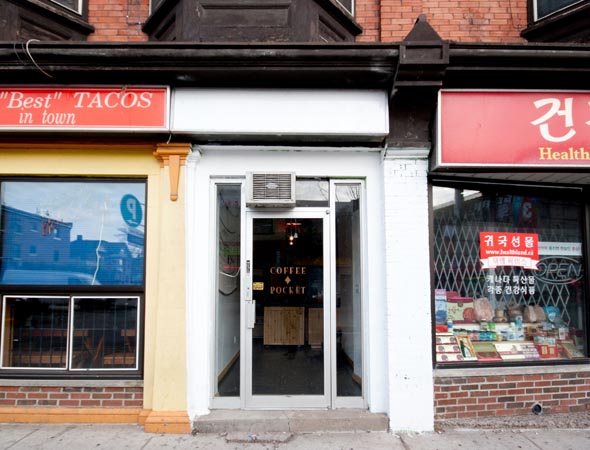