Clockwork Coffee opened its first cafe in the Financial District in the spring of 2015, as part of a shared location with Rose City Kitchen and Smash Juice Bar . The cafe consists only of a tiny bar a few feet wide - but there's some major coffee craftsmanship happening on the other side.

Pour-over coffee ($3.25) is the focus here - there's not a drop of drip to be had. If the baristas really need to crank out the brew at rush hour, part-owner Khaldoun Toukan explains, they'll break out the Chemex. 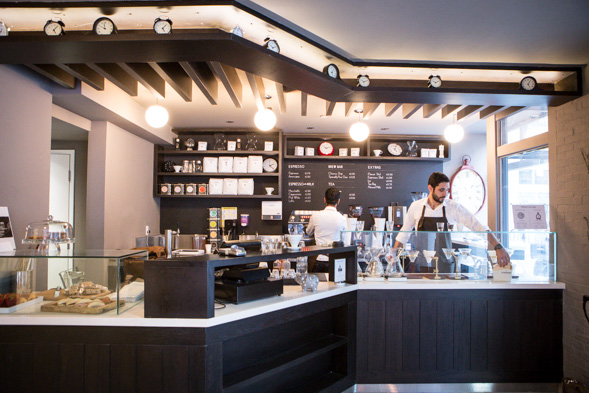 "The beauty of this spot is that the whole design, ergonomically, was made to accept the pour-over station," Toukan says. The bar, topped with gold-toned, steampunk-looking pour-over stands, features a full drainage system.

"Everything's pretty much timed to the second - how are you moving? What are you doing? Where are the steps? Normally they'd call this a slow bar - but we call it the fastest slow bar in existence." 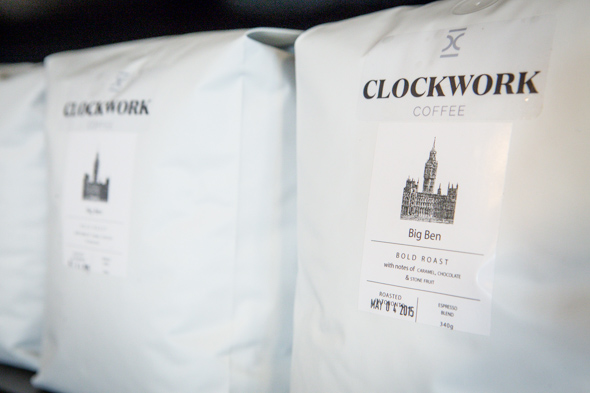 The process starts with Clockwork's own house blends of beans from Queen and Spadina-based Hale Coffee Roasters , which they tailored to match the flavour profiles of their food offerings (more on those in a second). "Most of our blends are slow-roasted coffees. We blend Central American, South American - a lot of African, too." 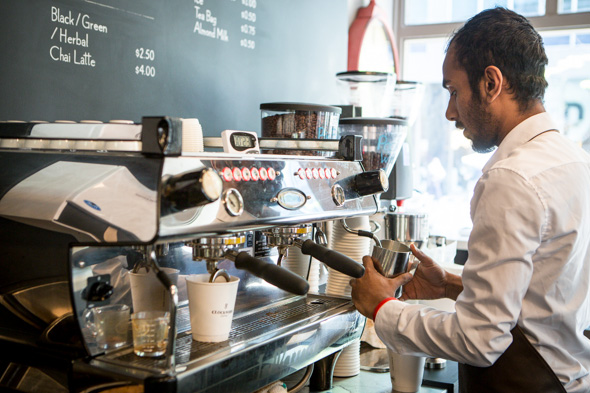 The fave blend for their La Marzocco-pulled espresso drinks is the Big Ben, which includes beans from Guatemala and Brazil, while a couple of options are available as pour-overs, including a Guatemalan single-origin, medium-dark roast. 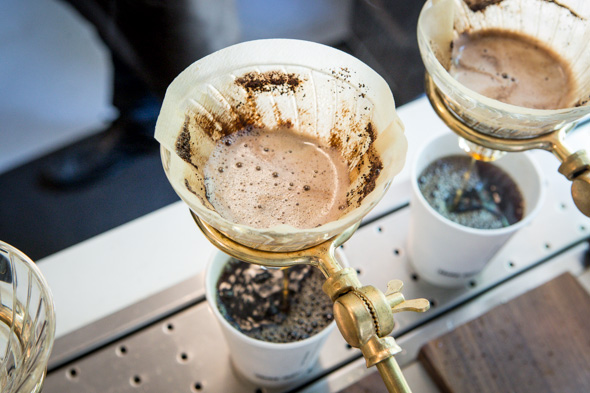 Clockwork's pour-overs are the product of a methodical, meticulous process. Toukan demonstrates: First, he swirls hot water over the cone-shaped filter, rinsing it, then adds the grinds.

A little water is added to start the release of flavour; 20 seconds later, he does a steady pour in concentric circles, brewing the rest of the coffee. (If you get antsy waiting for your grab-and-go cup, watching those mesmerizing motions - and leaning over to smell those heavenly coffee grounds - should chill you right out.) 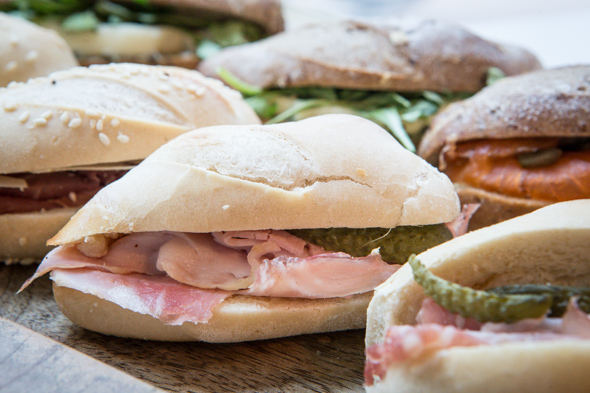 Fittingly enough for a cafe that gets its beans just a few blocks away, they've embraced local suppliers for the rest of their snacks and drinks. Delysees supplies croissants ($3.10) and tiny sandwiches (one for $4, two for $6) that feature some pretty top-flight toppings (smoked salmon and prosciutto, to name two) on fresh mini baguettes. 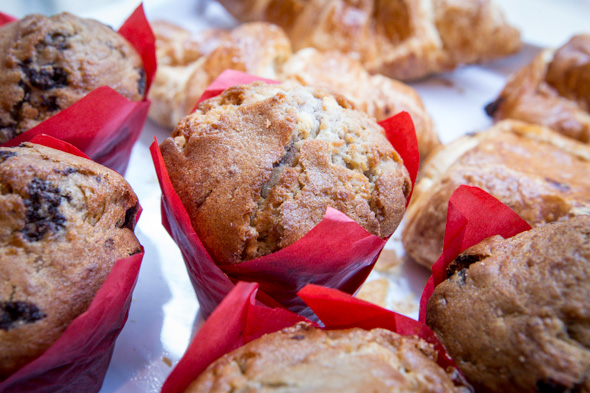 Muffins ($3) and cookies ($2), including Skor, cookies-and-cream, and peanut butter-Nutella versions, come from the Red Bench , and Sloane Tea contributes a shelf stocked with gorgeously ornate tins of tea. 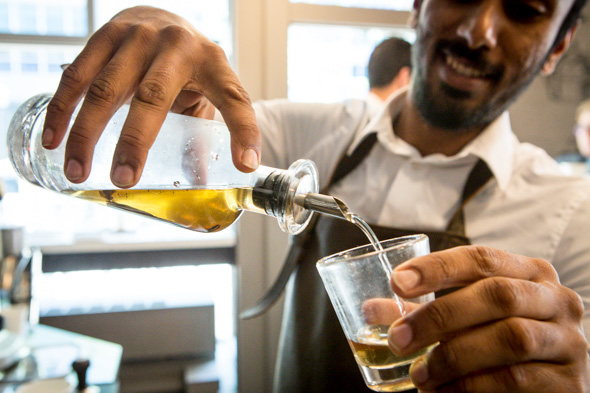 A few forays into housemade syrups (including vanilla, cinnamon and chocolate) aside, that's the extent of the cafe's selection - a tight lineup for a tight space (not to mention a tightly-run ship - a focus evoked in their name and hourglass-or-Chemex logo). 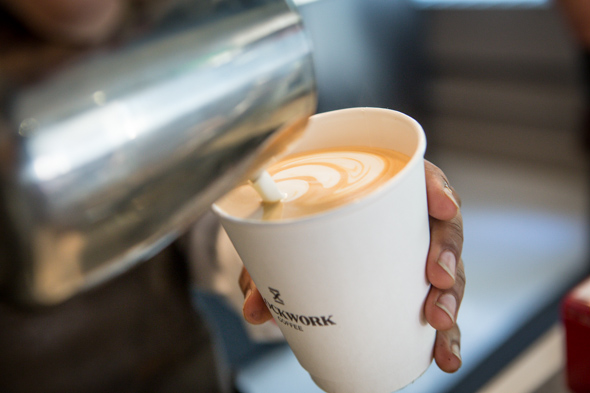 Though the staff have had their hands full since launch, cranking out pour-overs and getting acquainted with the neighbourhood, Toukan says they're not done yet - a second location is expected to be up and running by the end of 2015. Clearly, these guys waste no time at all. 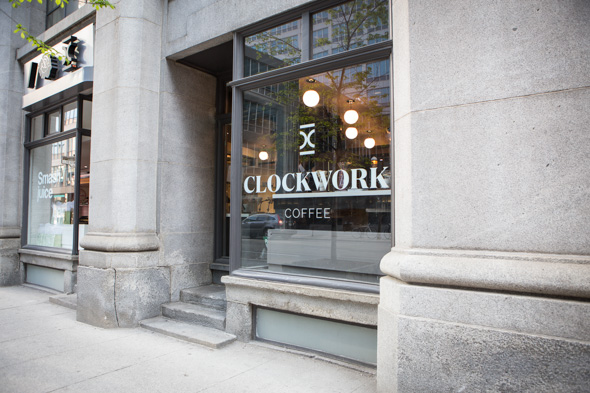