Baka Gallery Cafe may have opened its doors in January, but summer will certainly prove to be quite fruitful for this new(ish) Bloor West Village joint. With a large, umbrella'd patio located just off Bloor at Beresford (just west of Runnymede) and an impressive menu of fresh salads, sandwiches and iced espresso beverages (as well as cold beers - woohoo!), this is a real treat for a neighborhood teeming with sports bars and Starbucks. 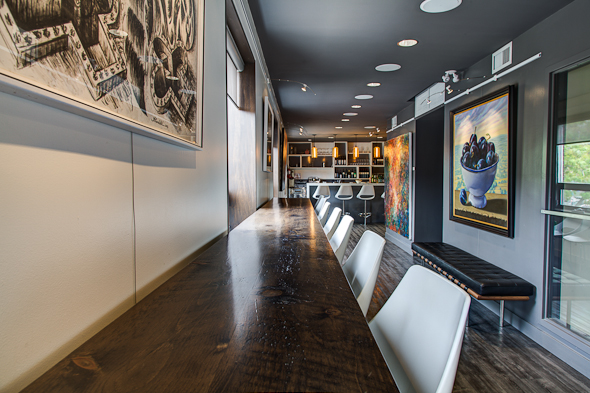 The story of Baka is perhaps an uncommon one in the realm of Toronto's indie coffee scene. In fact, when you get down to the roots of the cafe, it seems hard to call it indie at all. The cafe is owned by Baka Mobile , a company which some might refer to as a form of micro venture capitalism. Run by CEO John Marion and General Manager Annie Camastra (both of whom are in the cafe working and bustling about when I stop by), the company is more of a melding pot of ideas than a corporation. When inspiration strikes, they follow suit, and for the past 30 years have produced successful television shows, have brought retail mobile service locations (like the Bell store located at the front of the cafe) to Toronto and have recently produced the largest solar-powered electric car park in North America. 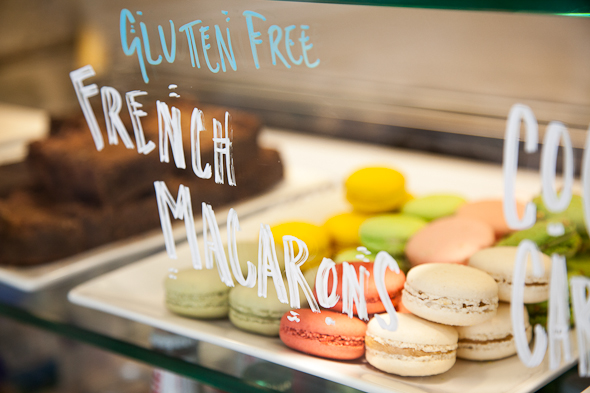 So, why open a cafe then? Marion tells me of a recent trip to his native Croatia, where he was overwhelmed by the sheer number of cafes on every street. It seemed that taking a stroll to your local espresso bar was a huge part of the culture there, and he was enamored by the calm, relaxed vibe that he saw. Having just purchased a new building, Marion realized that it was the perfect opportunity to bring that same sense of ease and community to his own Bloor West Village. With limited knowledge of espresso (other than that of a fan), Baka teamed up with local coffee guru Sam James , who consulted with the team to help purchase equipment, pick a roaster (they went with Toi est Moi out of Quebec) and eventually train the new staff. 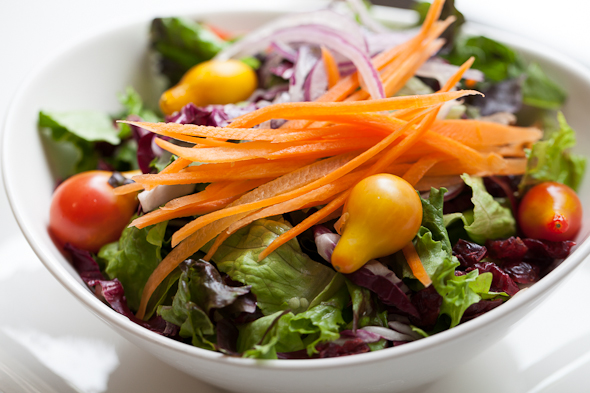 Similarly, executive chef Peter Budisa helped the team to come up with a great menu of Eastern and Central European inspired salads and sandwiches that would make up their menu - think roasted vegetables, hummus and veggies, or juicy roasted chicken. All ingredients are sourced locally and freshly prepared each morning. It's always a pleasant surprise to find cafes that bake their own pastries and desserts (except for the morning muffins which come from Desmond and Beatrice ) and Baka does just that, including some seriously delicious scones (I tried the blueberry-a classic and reliable treat at $2.78) and some incredible looking tarts, including a berry compote and grilled apple treat. 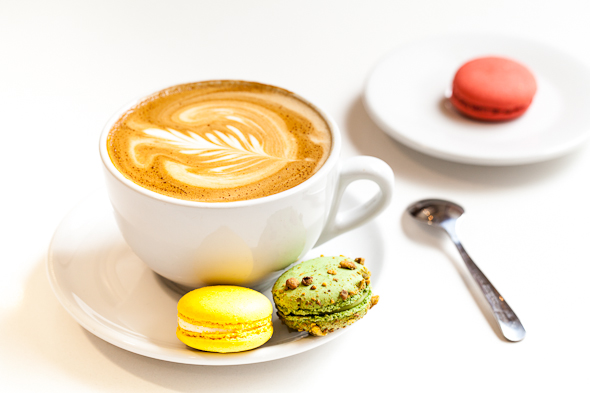 The coffee menu itself is quite sparse, leaving out the sugary sweet maple/mocha/magic lattes people have grown so accustomed to. It's obvious Mr. James has instilled a real appreciation for quality and craft in this new coffee family, and though your cappuccino may not come with the flare of an artistic foam swan, the espresso is sweet, rich and reliable. West west end coffee fiends will be happy to check out this new addition to the neighborhood. 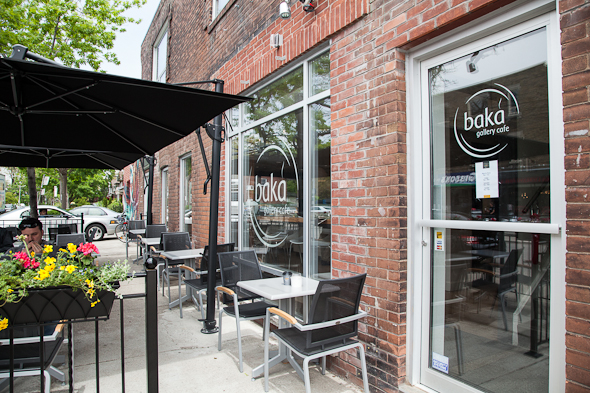