Angel's Cafe is a little family-run coffee shop in the heart of the Junction Triangle . Angel works as a programmer by day and Matilda is a paralegal. The couple runs the small coffee shop, which is attached to the home they share with their two kids, after they come home from work and keep it open until 10 p.m. I was tired just listening to Matilda describe her day, but she seemed happy and committed to keeping the community hub going.

"When you don't have family here, you have to look to your community. That's why this is so important." 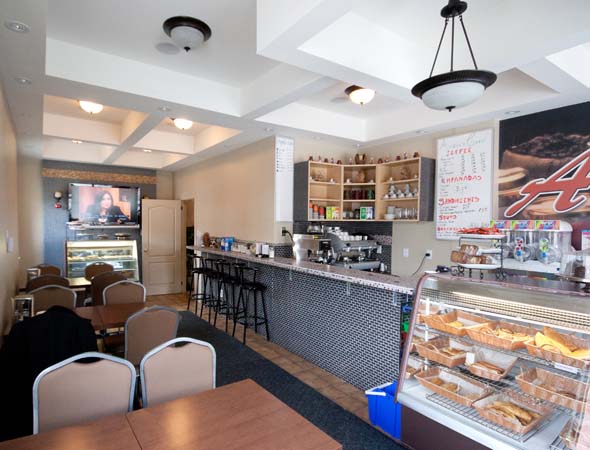 Matilda and Angel came to Canada from Ecuador 14 years ago and began living in the area around Wallace and Symington. They moved into their present home/coffee shop after the previous owner decided to give it up (she also ran a café out of the space), and opened up Angel's Cafe in July 2010. 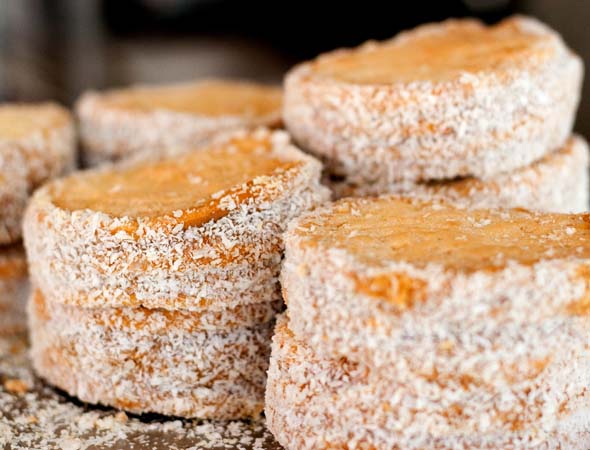 "That summer was very good," Matilda tells me as we settle in at one of the cafe's three tables. "Things have sort have gone down in winter, but they say that happens in business." 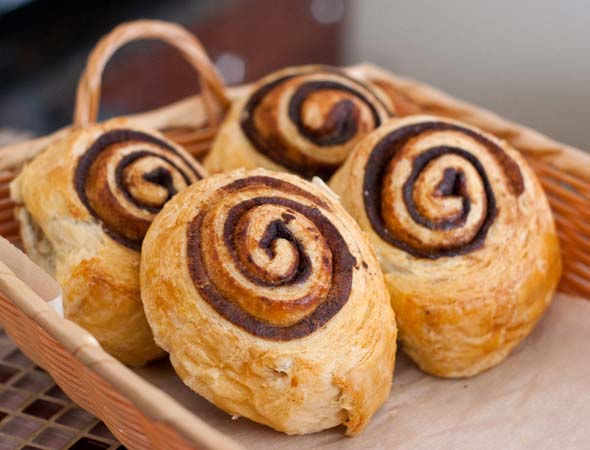 The couple had no previous experience running a cafe before opening Angel's. Matilda says she asked friends and other business owners for recommendations for coffee, pastries, and other baked goods. "We used to use Open Window," she says. "It was so sad when they closed." 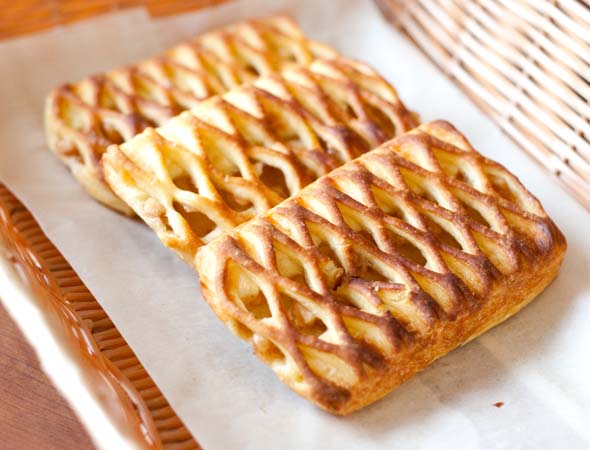 Now, Angel's offers a mix of items made by Matilda and Angel, such as the croissants ($1) and porchetta sandwich ($9.99, only served on weekends), as well as other menu options including its empanadas ($3) and alfajores ($2.25), which are made by other people in Toronto.

"I look for people who know how to make these things but don't have a place to sell them," Matilda says. 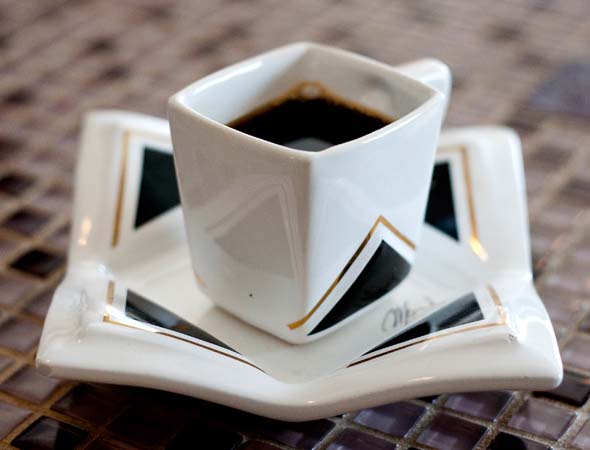 I try an alfajor, which is sort of like a shortbread cookie but flakier with a caramel filling. It's not what I expect; the caramel is sort of infused into the pastry rather than oozing out of the centre and it's a lot more dense than it looks. It's delicious, still, and just mildly sweet, perfectly paired with a fresh Americano ($1.80). 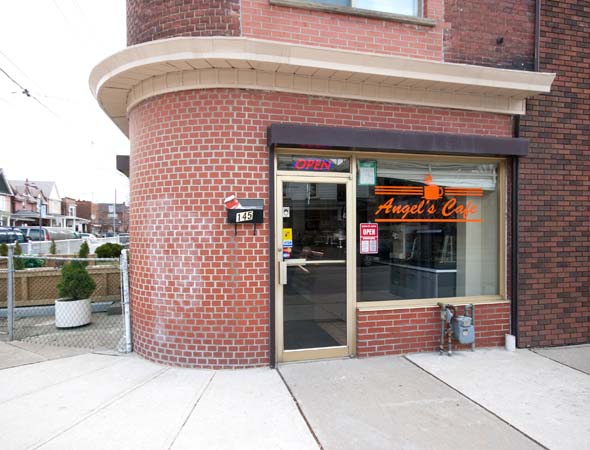 Angel's Cafe plays monthly host to a local Stitch n' Bitch, and plans to make WiFi available sometime in the coming months. As well, Matilda's summer plans include getting a slushie machine up and running, as well as having soft serve ice cream ready "for the kids." It sounds like Angel's is well on its way to being that "community hub" Matilda's hoping for.