Rustic Cosmos Cafe, at 1278 Queen St W, is the kind of place you really want to like. It has warm welcoming decor, friendly staff, and bustles with cheerful patrons. 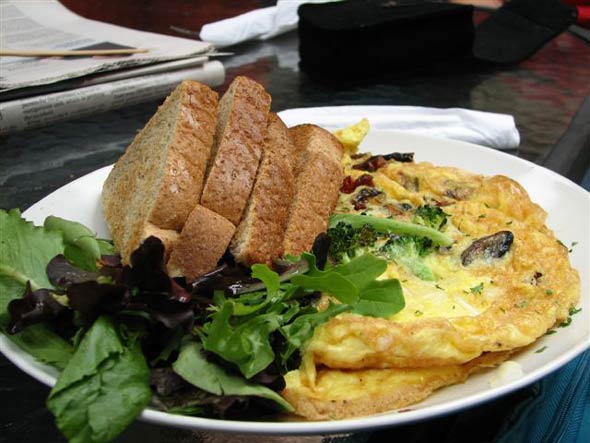 Unfortunately, after my visit the overwhelming feeling was actually one of 'just average'. There was nothing wrong with the food, it wasn't bad, it just wasn't great either. The brunch entree prices ranged from $7 - $10, which isn't particularly expensive, but also isn't cheap. 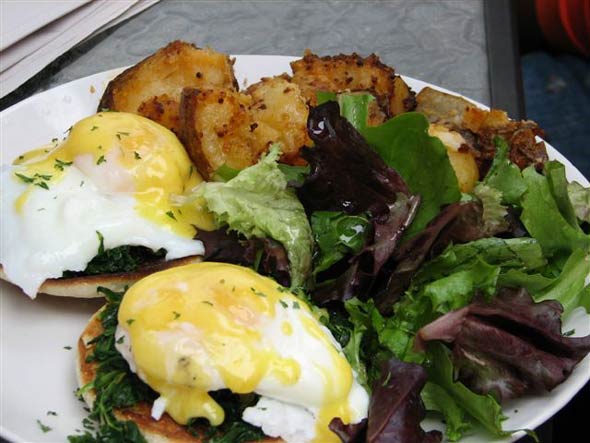 As for the service, admittedly I was there with a fairly large group of people and the server was friendly, but nonetheless, the service was inattentive at best. It was a series of little things, like not being updated on the status of our food (which took about an hour to arrive), or the fact that we were told we could have separate bills, then were presented with a bill that not only had everyone on a single bill, but was not itemized, making it difficult to figure out how much each person owed. 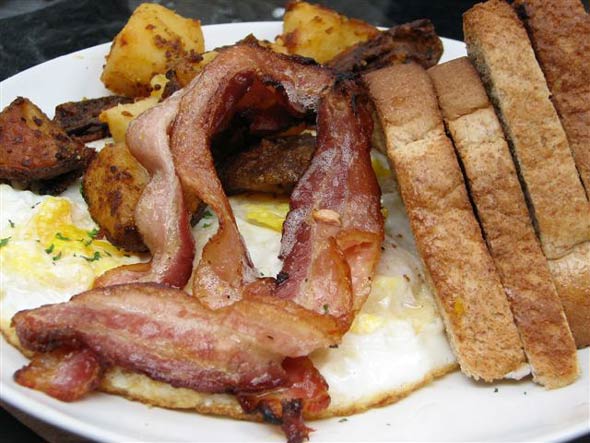 As for the food: The pancakes thick and fluffy, the eggs benny nice and runny (although, a bit light on the hollandaise for my tastes), the omelettes thick and full of chunky vegetables, the cowboy plate plentiful. But nothing stood out, it was all average. 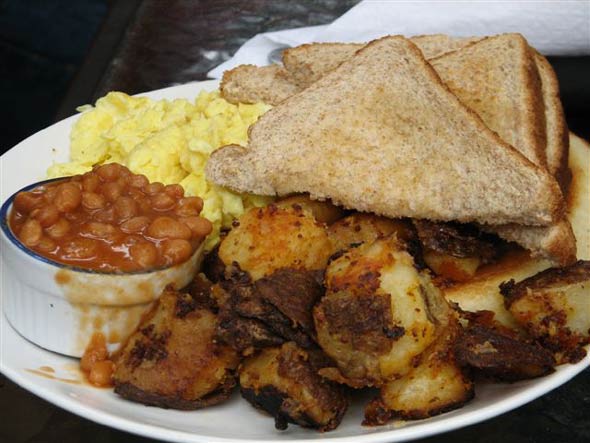 The bottom line is, if I lived nearby it might be neat to be a regular because the staff really are a nice friendly bunch. But, since I don't live particularly nearby, I can't see myself going back.