As I repeatedly circled around Richmond and Adelaide in search of the new location of Swipe Books, I began to wonder how a store so difficult to find could have any chance of survival. After about four loops in my car and the utterance of just a few expletives, I had the radical thought that maybe I should double-check my notes to confirm the address. Suffice to say, I might have kept circling all day had I not had that vague (and not altogether rare) feeling that, despite my annoyance, maybe it was me who was the idiot. After all, it's pretty hard to find a store located at 401 Richmond when searching desperately for 410 Richmond. 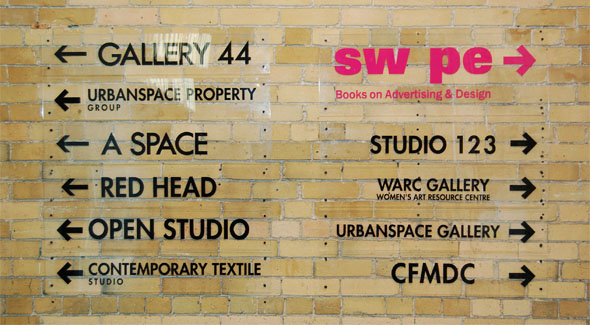 Once I had the correct address, it was a cinch to find Swipe. In fact, the building in which it is located is one that I've walked through a number of times in the past (before the store's arrival). A restored tin factory that houses a vibrant mix of studios, galleries and a few commercial spaces, 401 Richmond might just be the perfect location for a store that specializes in books on graphic design, architecture and the built environment. That is, if it weren't for that fact that the building offers no street-front space. Wrong address or not, I probably wouldn't have continually missed Swipe if it had a street presence, a point that's not lost on the store's owner, David Michaelides. One of his chief worries when he moved into the current space in May 2008 was that the location within a larger building might cast Swipe both out of sight and out of mind. 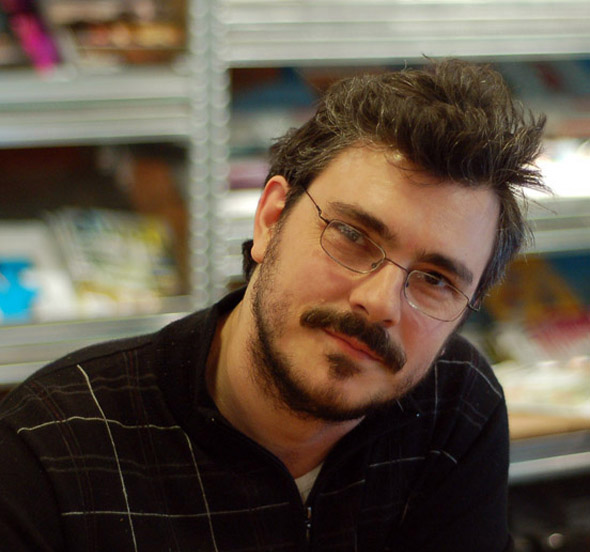 This, of course, begs the question: why did he move in the first place? Typically, his reasons had to do primarily with survival. As he frankly explained to me, "at the end of a lease cycle, pretty much all independent bookstores have to move." He should know; he's been in the book business coming on thirty years. And even when they're pretty successful, he continued, "they just can't afford to renew." For sad proof of this, consider the collective fates of Ballenford Books , Pages , and David Mirvish Books , all of which are closed or closing. One of the great difficulties, according to David, is that even when a bookseller has been astute in his choice of an up and coming area, he's still inevitably priced out of the market when the neighbourhood becomes established. In other words, you're damned if you do find a great location and damned if you don't. 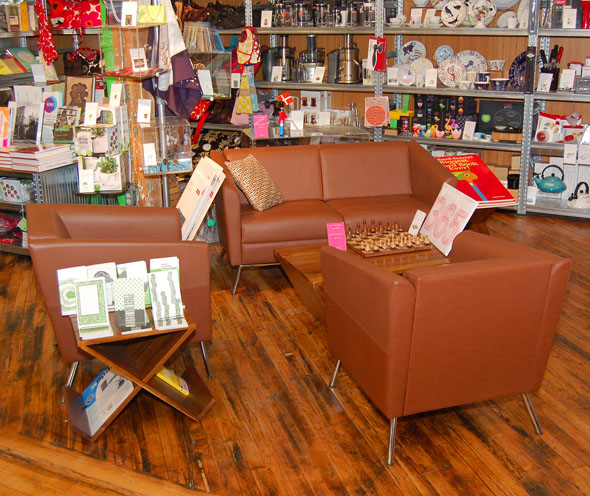 So what to do? Well, despite the doom and gloom, the very fact that Swipe is still with us speaks to the viability - however precarious - of independent booksellers. But, to maintain their presence throughout the city, David muses that we might need to radically rethink how such bookstores operate and the nature of services that they provide. While they're clearly commercial enterprises, it might be more accurate to liken these stores to art galleries (most of which are also commercial, lest we forget). After all, where else is one so welcomed to loiter? And beyond this, having something of a patron figure can help to keep the doors open. Without getting into financial specifics, Margaret Zeidler , the owner/landlord of the building has been supportive of Swipe, believing not only in the concept of the store, but what it brings to a building occupied primarily by private galleries and studios. 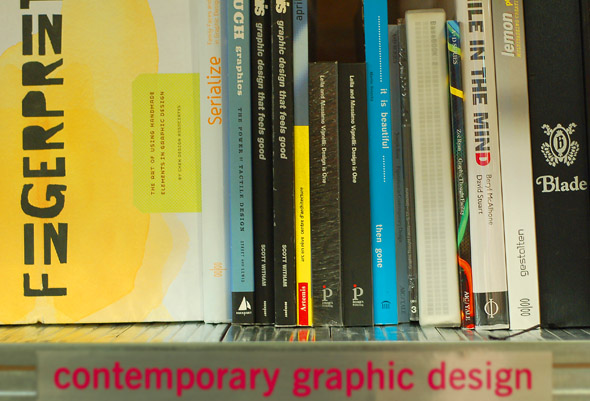 I like this idea. When I go to bookstores, the experience is similar to the one I have at art galleries: a sort of meandering walkabout with plenty of time for contemplation. And hey, as expensive as some books are, they're cheaper than most pieces of art. Speaking of which, Swipe in particular seems a good example of this mix between gallery and store. Over the eight years it's been open, Swipe has gradually carried more and more non-book items in the form of exemplary pieces of design that range from the idiosyncratic and cheap (think egg-timer), to the sophisticated and pricey (think stainless steel juicer). There's also a well-stocked children's area, including books and toys. These items account for about half of the store's revenue, which might be high for a place that still characterizes itself as a bookstore first and foremost. But, that's just the nature of profit margins.

For all the promise that David sees in the new location, he still uses a rather apt screen analogy to summarize what it's like in the independent book business. Most will remember the famous opening scene from Indiana Jones: Raiders of the Lost Ark in which Harrison Ford narrowly escapes being crushed by a massive stone boulder. David likens his position to this frantic attempt to escape a boulder that is already in motion. What I find worrisome about this analogy, however, is that though Jones does indeed escape the cave (and the boulder), when he tumbles into the outside world, he is greeted by his archaeological nemesis, Belloq, who relieves him of his prized artifact. Left with nothing to show for his ingenuity and heroism, Indy must once again thwart death as he runs to his escape plane. But, alas, it doesn't matter because he isn't in it for the profit, but for the adventure. For better or for worse, this may be the case for David, too. And when was the last time you saw a blockbuster about a bookseller? (And, no, You've Got Mail doesn't count!) 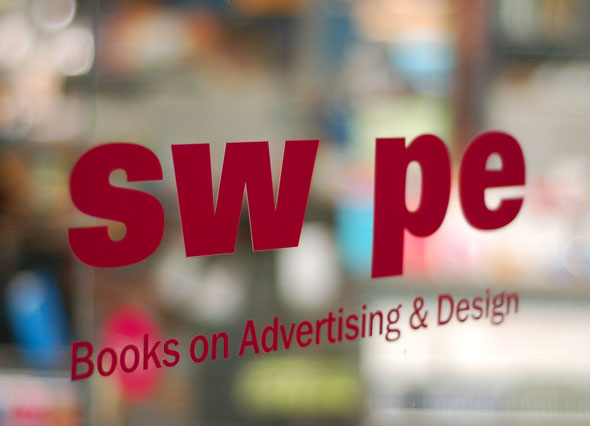 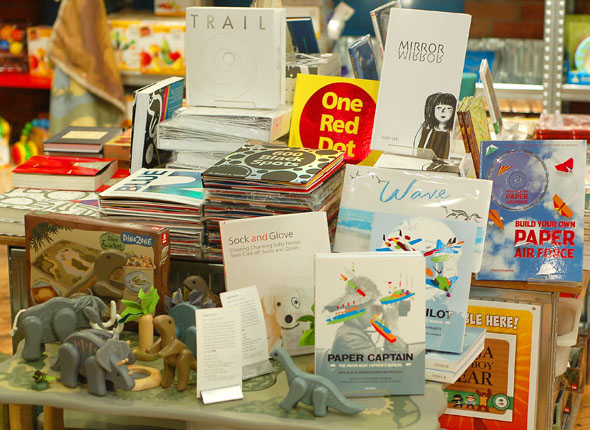 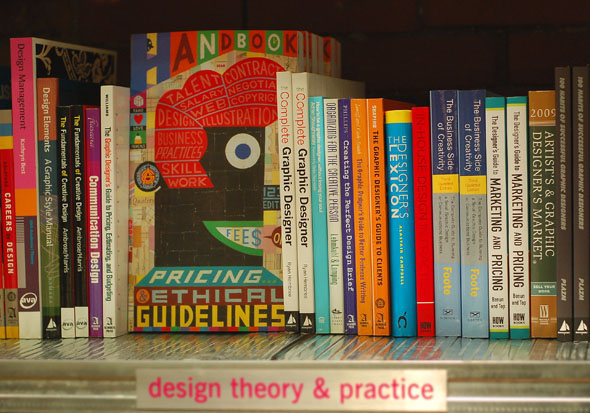 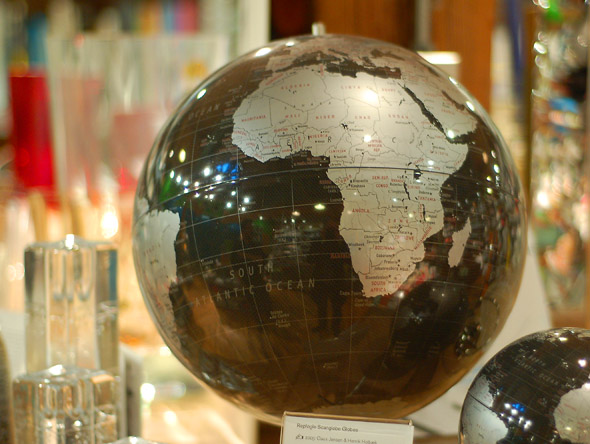