As the first Canadian and second longest surviving lesbian and gay bookstore in the world after The Oscar Wilde , Glad Day knows a thing or two about what appeals to thirty-something gay men or mystery-seeking lesbians. A second floor walk-up on Yonge just north of Wellesley, the bookstore is jammed with new releases and rare finds grouped into sections like gay male fiction, new lesbian titles, gay male mystery, biographies and sci/fantasy horror.

There's also an extensive magazine section displaying titles like Playgirl , Unzipped and Latin Inches . A Liberace CD and a film by John Waters are among the impulse-buys near the front counter. 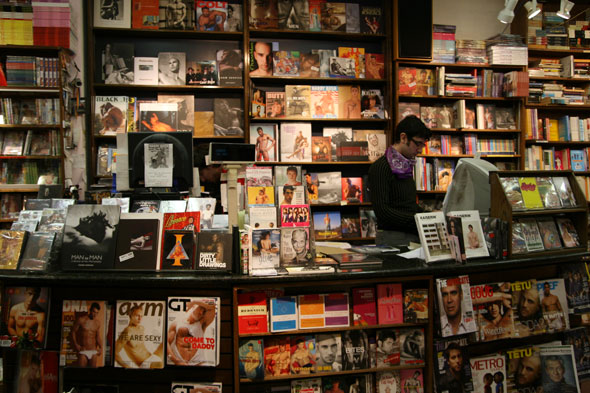 On the surface, it's clear that community, selection and a history of commitment to gay and lesbian literature are some of the ingredients to Glad Day's success and longevity. But the store also has a history of engaging in legal battles and other activist causes that would undoubtedly embolden the loyalty of its customers. To get the scoop on these and other need-to-know facts about Glad Day I recently spoke with store manager Sholem Krishtalka. Read the interview below: 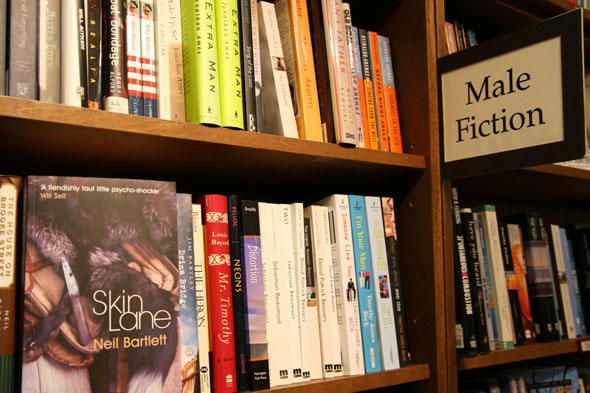 The store has been involved with a lawsuit against the Ontario Film Review Board . Why was this issue so important to you? 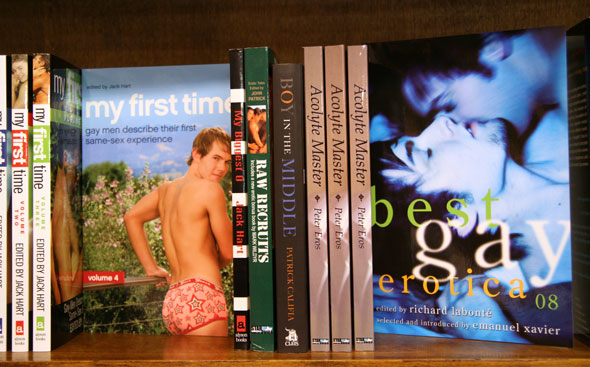 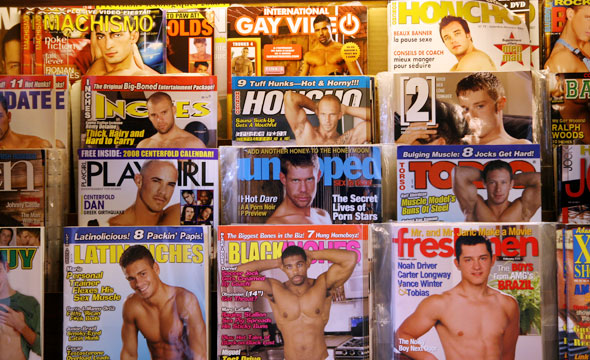 But the fact of the matter is, that according to the pre-lawsuit OFRB policy, any film or video shown to an audience had to be screened by them (at a per-minute cost to the importer of the film). This means that any organization that can't afford to have their material screened (which is pretty much every non-profit arts organization in the province) couldn't legally operate at all (some arts organizations, like Toronto's Pleasure Dome collective, openly flout this policy). So, while our immediate stake in the lawsuit was the policing of GLBT material, the general implications involved how the government controlled what Ontarians could have access to in the public sphere. 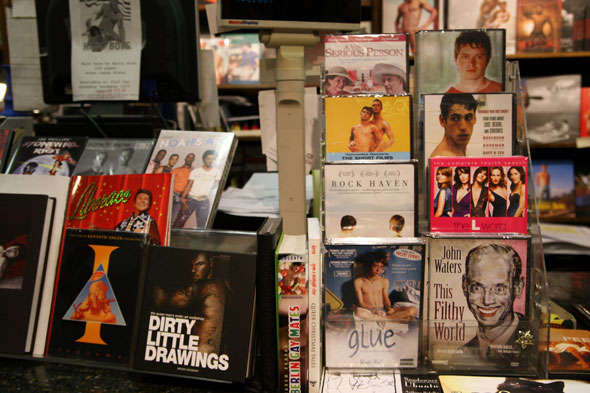 What is the latest status of this?

The latest status is that, while we did win our lawsuit on appeal, the government's response to the ruling essentially kept the OFRB's powers by adhering to the letter of the ruling, but circumventing its spirit. We've since dropped our case because we simply do not have the financial resources to continue challenging the Ontario government. Coincidentally, this is what has also happened to Little Sister's in Vancouver. 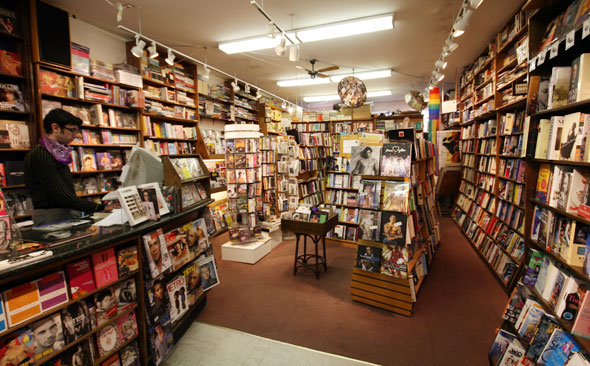 How have you been able to offset the $100,000 in legal fees? Have customers provided donations to help the cause?

Indeed, our community has helped. In addition to our lawyer, Frank Addario , charging us a significantly reduced rate for his work on our behalf, we organised our own fundraising efforts through events co-hosted with various groups. We raised about a fifth of the total legal cost with help from people like LGBTOUT (the U of T queer student group), the Ass Pirates in Montreal (who in fact hosted two parties on our behalf), the Pleasure Dome collective, the Museum of Contemporary Canadian Art , and local DJs and promoters like Denise Benson and Will Munro. We also received very generous donations from a few adult media retailers. The rest of the money was paid out of our owner's pocket. 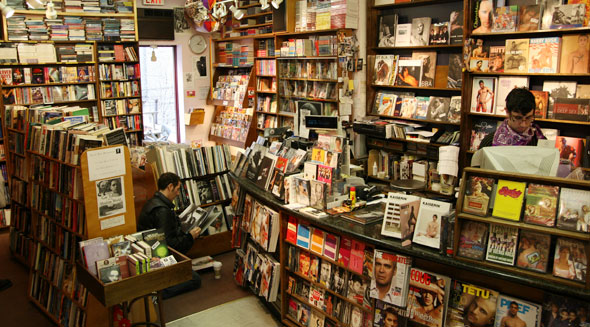 You've written on your web site about issues importing books from overseas. Has any progress on this issue been made? Do you feel customs is still targeting lesbian and gay bookstores?

As far as customs goes, there hasn't been any recent evidence of harassment or discrimination. The trouble with this issue in particular is that, in our experience, it invariably comes down to actions of individual customs officers tarnishing the office. We had a few issues with them a while back, but it hasn't been ongoing or continuous at all, so we don't really feel targeted by customs in any way. 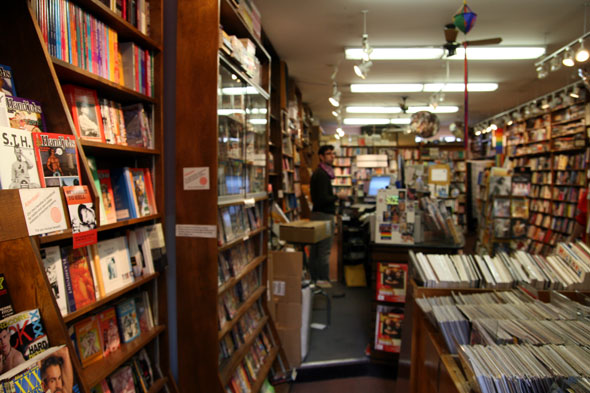 Who is your typical customer?

It's hard to say, really. Generally speaking, our customers tend to be gay men in their 30s or older. We get a lot of out-of-towners. We do have a really loyal lesbian customer base. We have been told repeatedly that our lesbian fiction section is the best in the city. 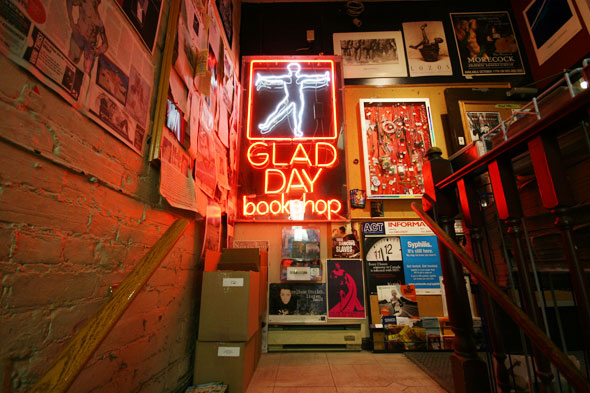 What are some of your current best-sellers?

BUTT magazine (for which we have the best price in the city, by the way); "Call Me By Your Name," by Andre Aciman; various titles by an independent lesbian press called Bold Strokes Books; our DVD section is doing spectacularly - just by the by, our stock and our clientele is so diverse that the whole idea of "best-sellers" doesn't quite apply. 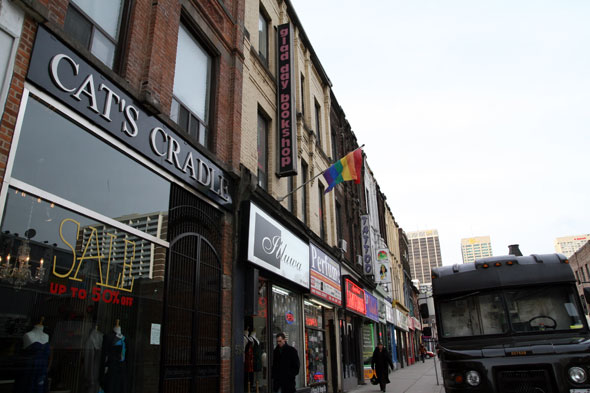 What other books are you recommending at the moment?

I've been desperately hawking this gorgeous art/culture/sex magazine from Paris called KAISERIN . I've also been really keen on this bizarre '70s hippie-utopian sex guide called "Good Sex Illustrated," published by Semiotexte and translated by Bruce Benderson . And again, it depends on the customer - we have different recommendations for our theory folk, our fiction folk, our art-book folk, our lesbian-mystery hounds...you get the idea.

What sort of events do you organize?

We pretty much have book launches and signings, but not in the store (it's too small) - they usually happen in other venues, and we co-host.