Ben McNally Books is currently open but their offerings and services may be affected due to the pandemic. Please contact the business directly for more information about any changes. Is this your business? Please contact us if you would like to update this message.

I feel a confession is in order at the outset of this profile: these days I buy almost all my books online. It didn't used to be so. There was a time when I was addicted to bookstore hopping, when I loved the possibility of finding hidden gems tucked away in the used shops across the city, and when searching out books was as much about chatting with the clerks or owners as it was about actually buying anything.

I share this bit of guilty nostalgia because I get the feeling that there are others out there who have also slipped into such a habit, almost unknowingly, and sometimes it's good to remember why bookstores can be such stimulating places. But, of course, it's easy to romanticize things like this. Not all bookstores are created equal, the prices online are certainly cheaper, and those characteristics that I'm so fond of in great stores are becoming harder to find. It's for all these reasons that I was excited to drop by Ben McNally's Books and chat the owner up about his store's relatively recent opening and the state of independent booksellers in general. Maybe, I thought, a conversation with someone who's been in the business for forty years would inspire me to get back to my old book-buying ways. 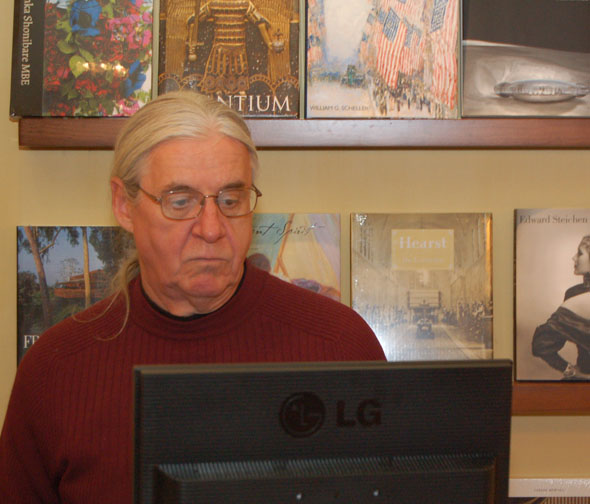 Although the store that bears his name only opened in September 2007, many Toronto bibliophiles know Ben from his long time as the manager of Nicholas Hoare Books . In getting to know about his new venture, the first question that I was eager to ask was why he chose the Financial District as his location. When I think of independent booksellers, I tend to associate them with more residential areas, like BMV and Book City in the Annex , or Type and The Monkey's Paw in and around Dundas West .

But, as Ben explained, there is an obvious logic to why he chose Bay and Richmond to set up shop. Because he tends to stock a high percentage of first-run hardcovers, a well-to-do clientele is an obvious bonus (if not necessity). Not only that, based on the hourly traffic in the area, he can close the store at an early 6pm (and on Sundays), which allows for a variety of events to take place in 2500 square foot space after hours. 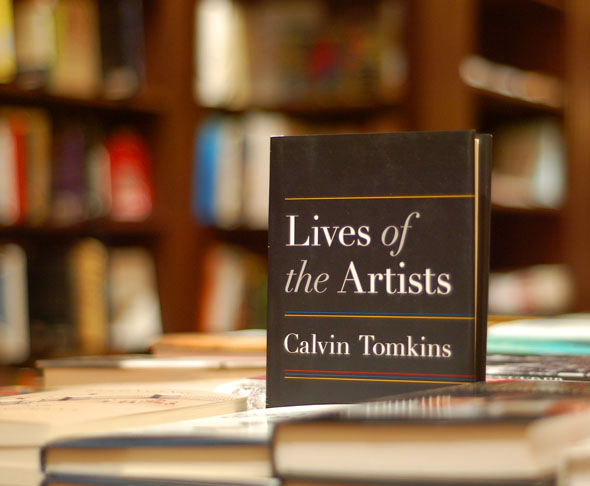 McNally's doesn't really specialize in any one genre, but if there's a focus on a particular type of book, it'd be on what Ben jokingly calls " the good ones," those nice looking hardcovers that people tend to want to keep around for the long haul, whether it be history, biography or fiction (genres in which he's well stocked).

As the bookseller for the Harbourfront Reading Series, he also has quite a number of signed editions from some of the authors who've participated over the years. In keeping with this desire to cater to those who collect books, the store itself is a warm, wood-paneled space that's reminiscent of an old library. Not overly cramped, it tends to invite patrons to browse through the various sections scattered throughout the room. It might even be fair to say that based on its size and decor, this is an independent bookstore that doesn't look like an independent bookstore. 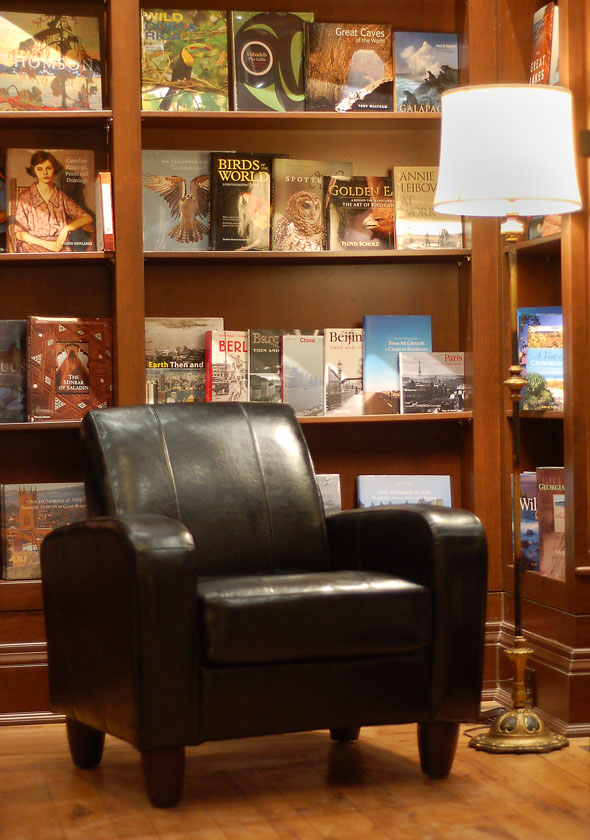 I wonder, however, is that enough? Yes, the space is nice, and so too are the books. But, the other main question I had for Ben was how he would distinguish his store from the big chains and online retailers. His answer was surprisingly honest. If, he mused, the customer knows exactly what he or she is looking for, those other options do make a lot of sense.

But, on the other hand, for those who don't already have a title in mind, who'd like some hands-on guidance or recommendations, Ben's happy to help. It's the interactive experience that independent bookstores build their reputation on. While this may seem obvious, it's clear that Ben takes pride in helping people with their book selections, noting, for instance, how many regular customers he has and how often he consults with people participating in book clubs.

As I was leaving, we spoke briefly about the economic downturn and how it was impacting the book business. Although he said it was too early to tell in relation to his business, he did leave me with a statement that I think paints a good picture of his attitude in general. "Books should be a haven in hard times, because when you think about it, they're really an amazing value." 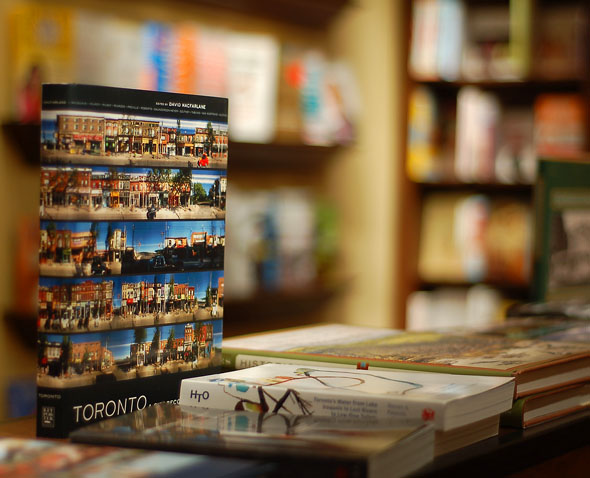 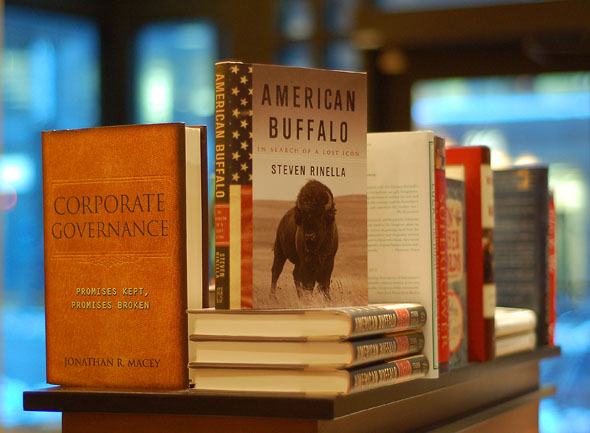 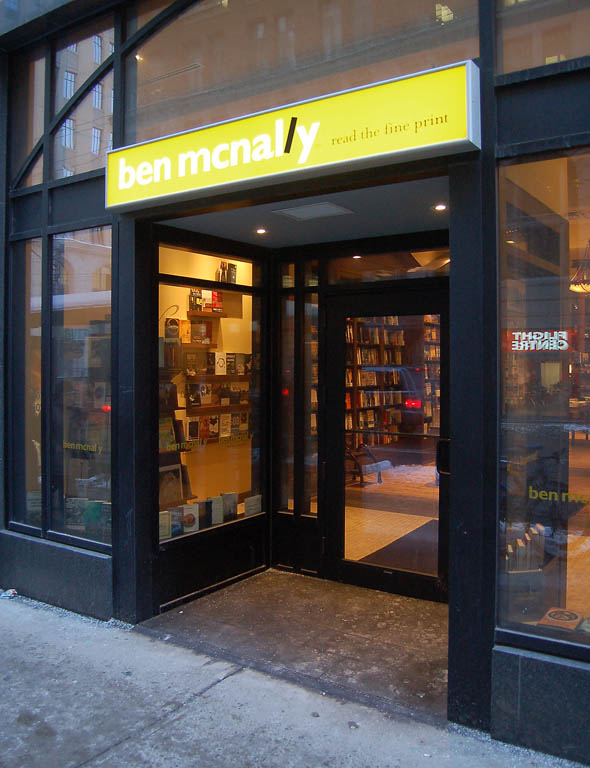