Today/Tonight, as the name suggests, operates as a coffee shop during the mornings and as a live music venue and bar at night.

Unlike spots like Boxcar Social, there's typically no crossover between the two. 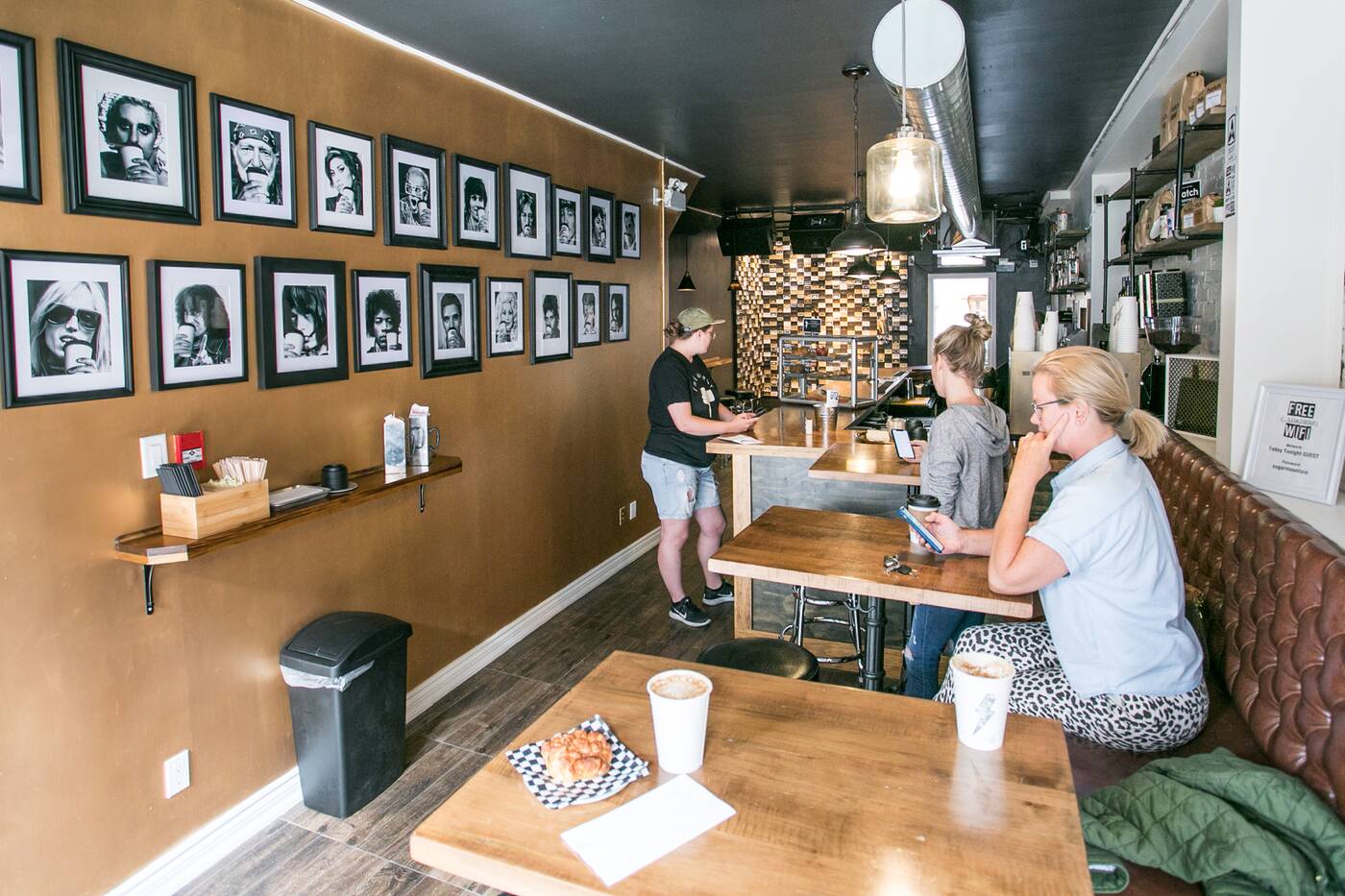 Coffee isn't served at night and shows don't usually take place during the day, and there's a two hour break in service for the changeover. 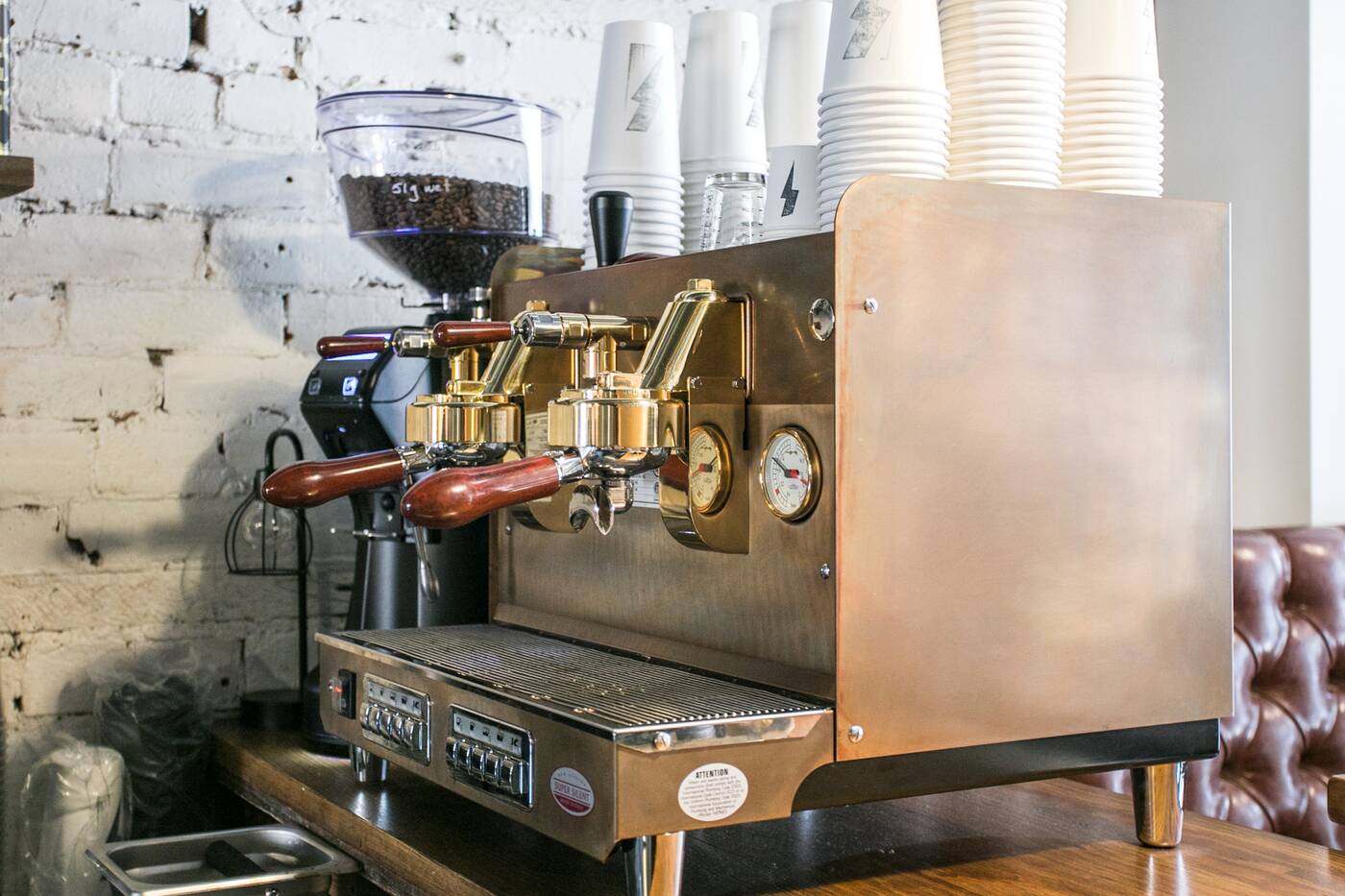 An Elektra espresso machine contributes more to the aesthetics of the place and its gold and black colour scheme more than anything else, though it's a fine piece of equipment all the same. 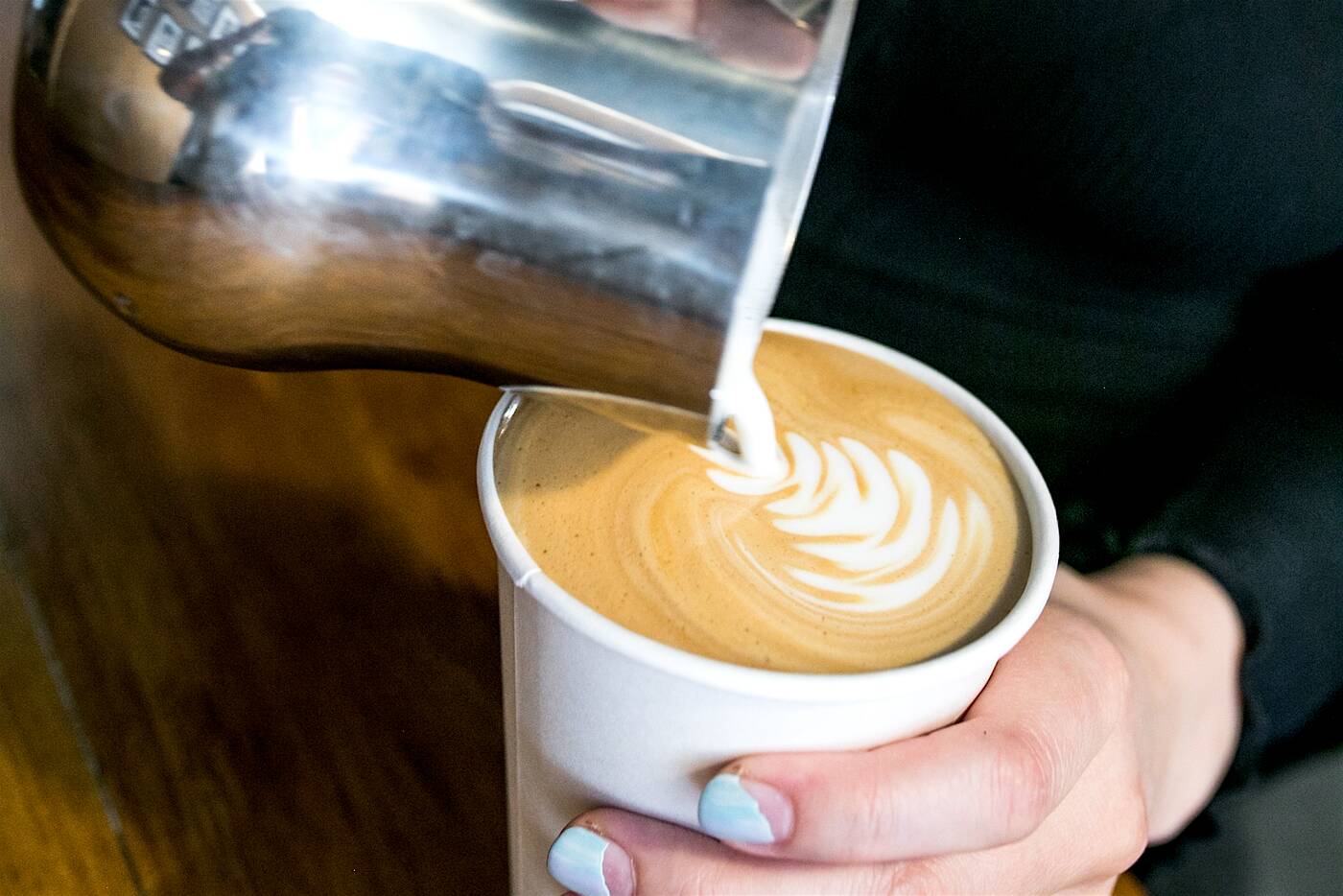 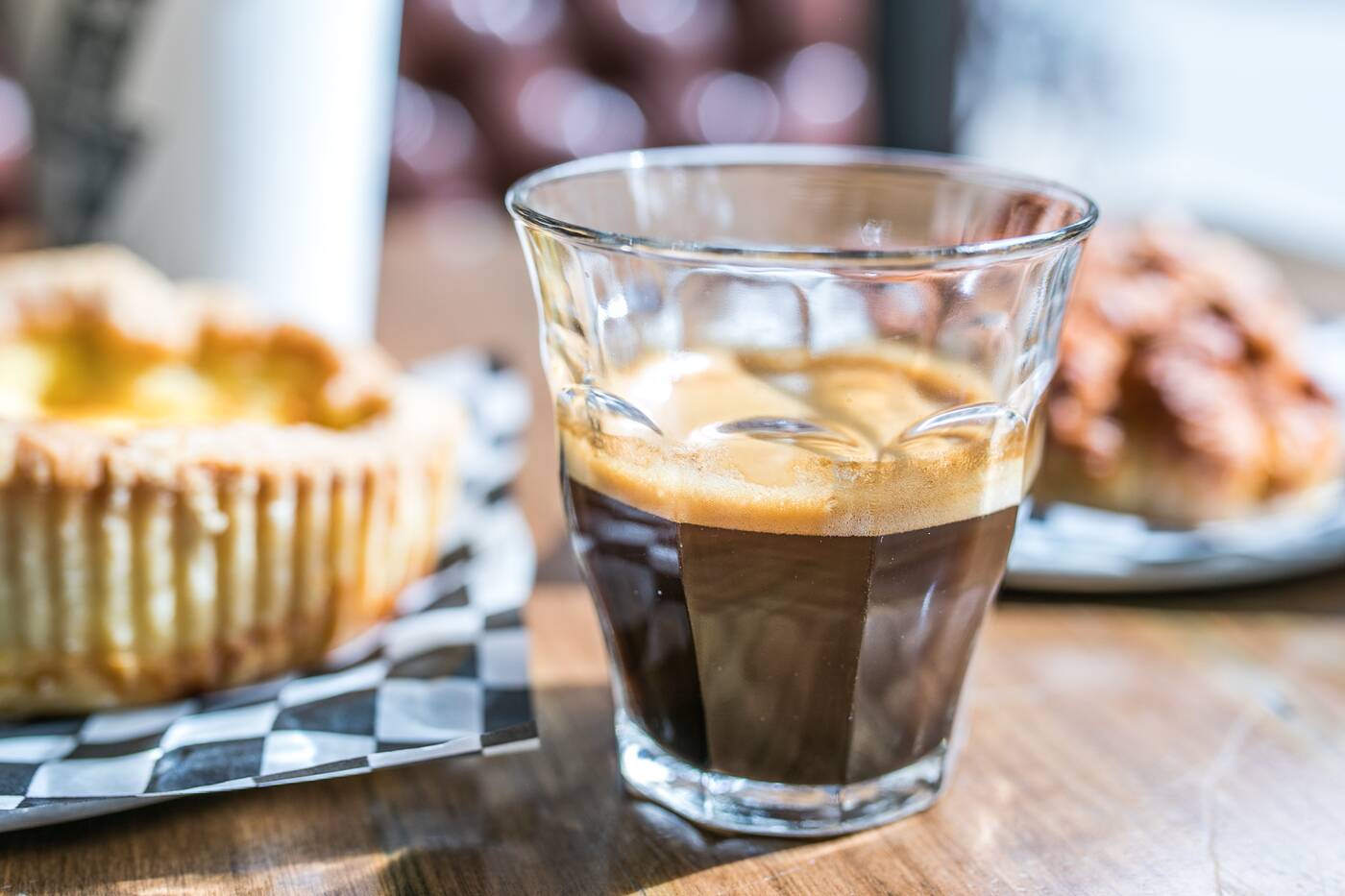 Espresso on its own goes for just $3, allowing you to more fully taste flavours of toffee, molasses and caramel. 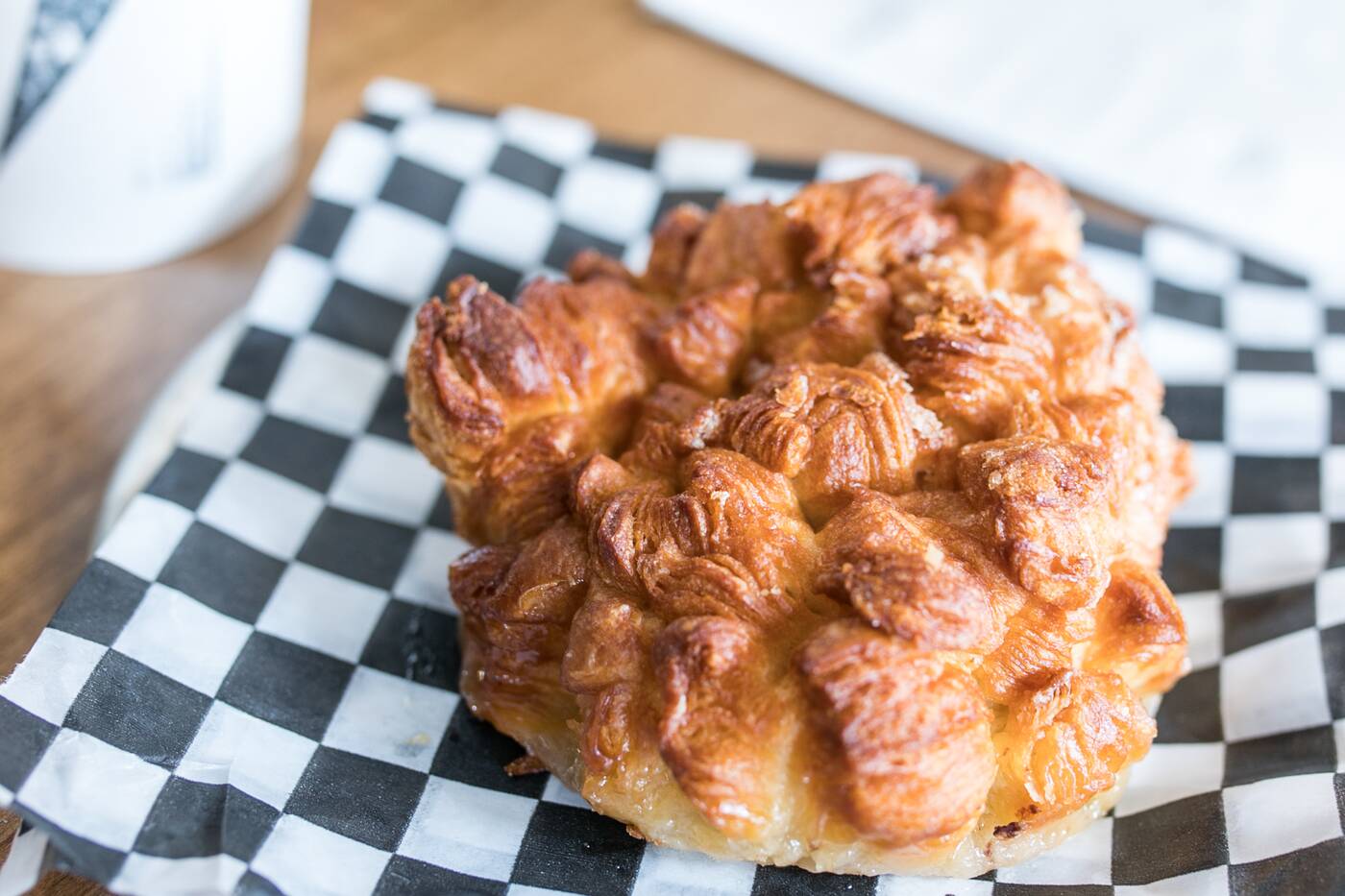 All pastries are provided by La Bastille, terming their kouign-amann ($3.75) a "heaven cake," both because it's easier to pronounce and it just feels more accurate. Croissant dough is folded into a different shape than the usual crescent, creating a sticky, crispy knot. 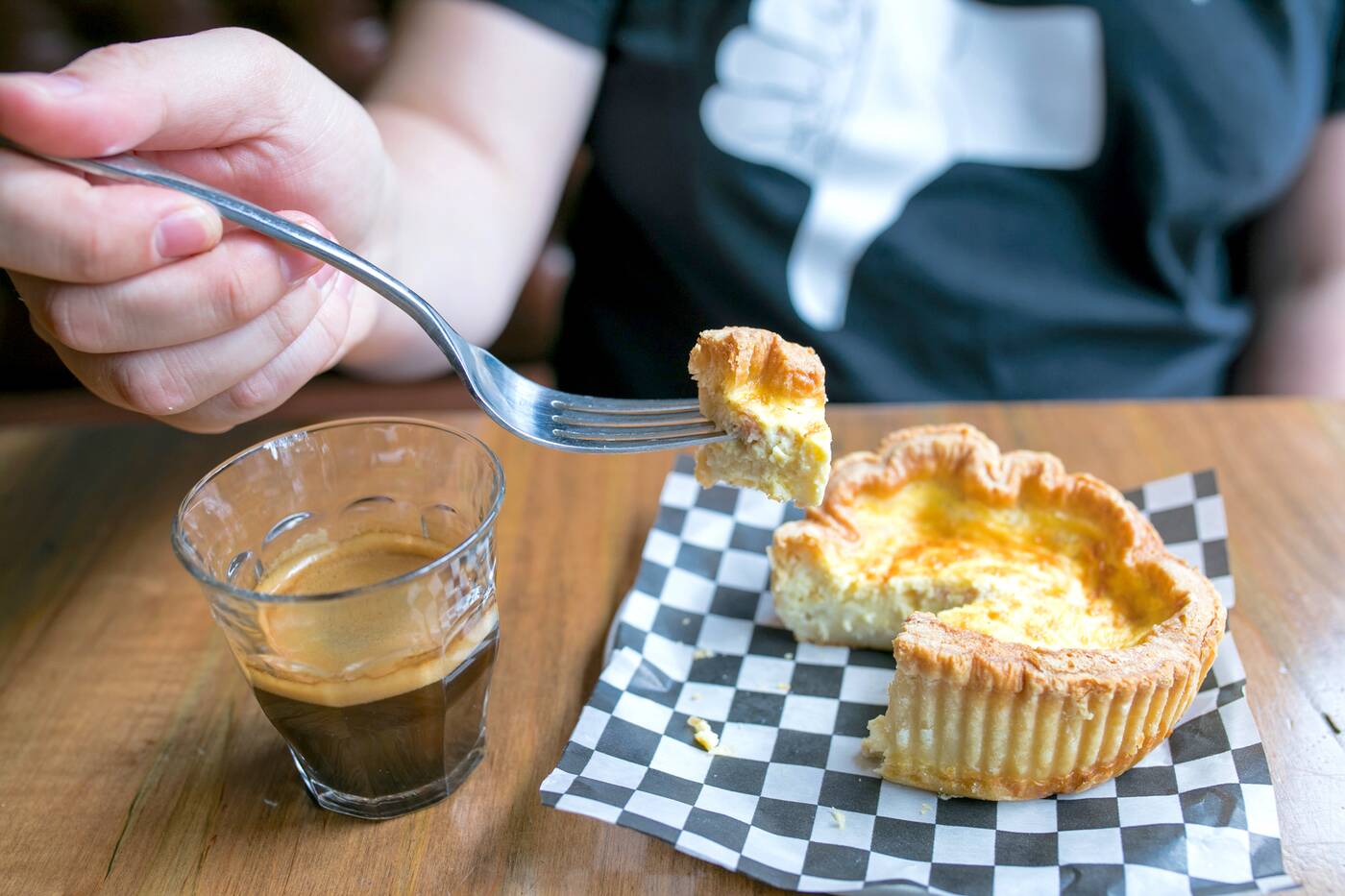 There's also a small ham and cheese quiche ($6) for a bit more of a light meal, a thick flaky crust encasing a custard-like centre of egg, meat and cheese. 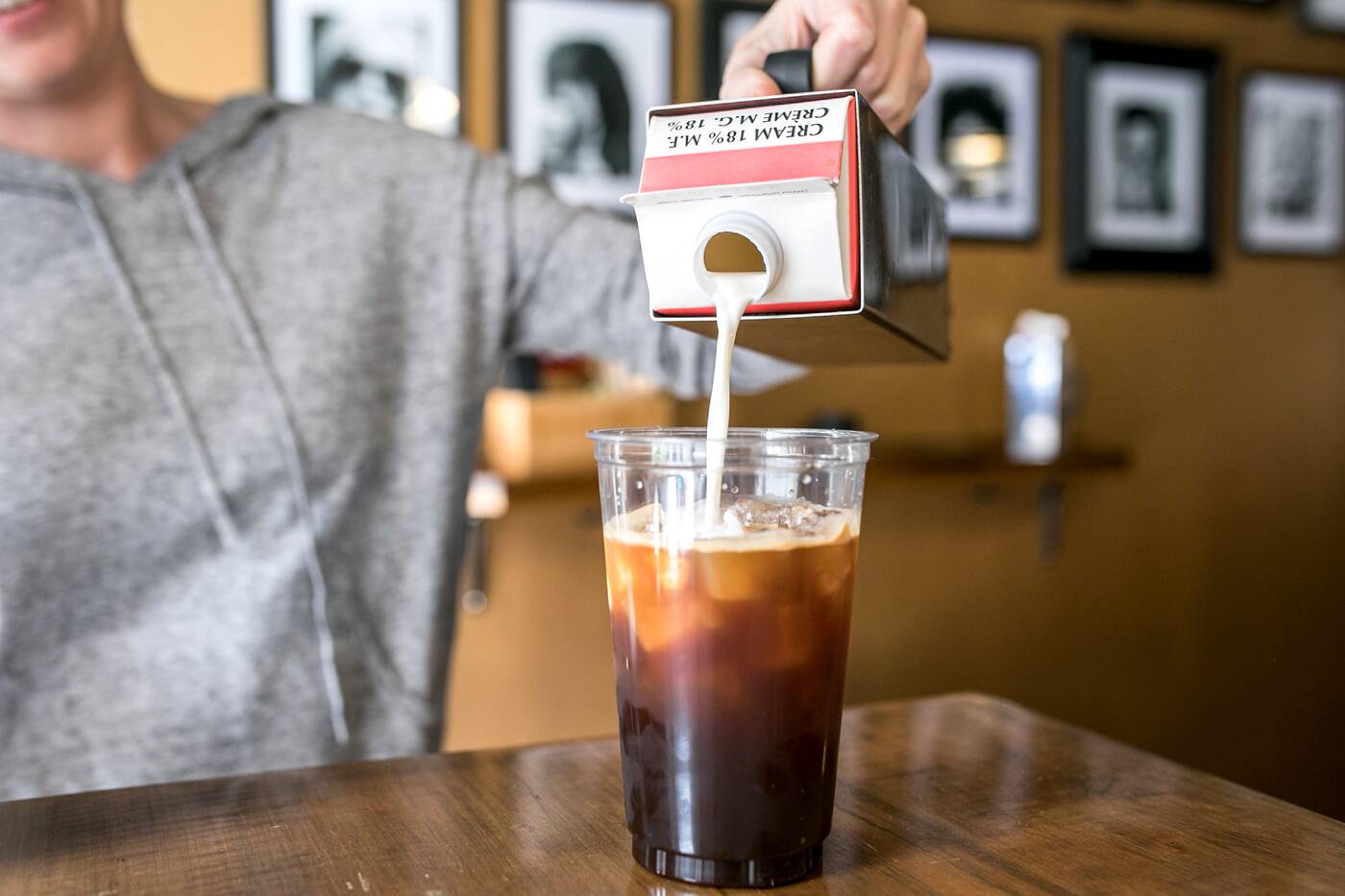 All drinks are also available iced at no extra charge, and if you're not into traditional cow milk or 18 per cent cream, there's also oat or almond milk for a dollar upcharge. 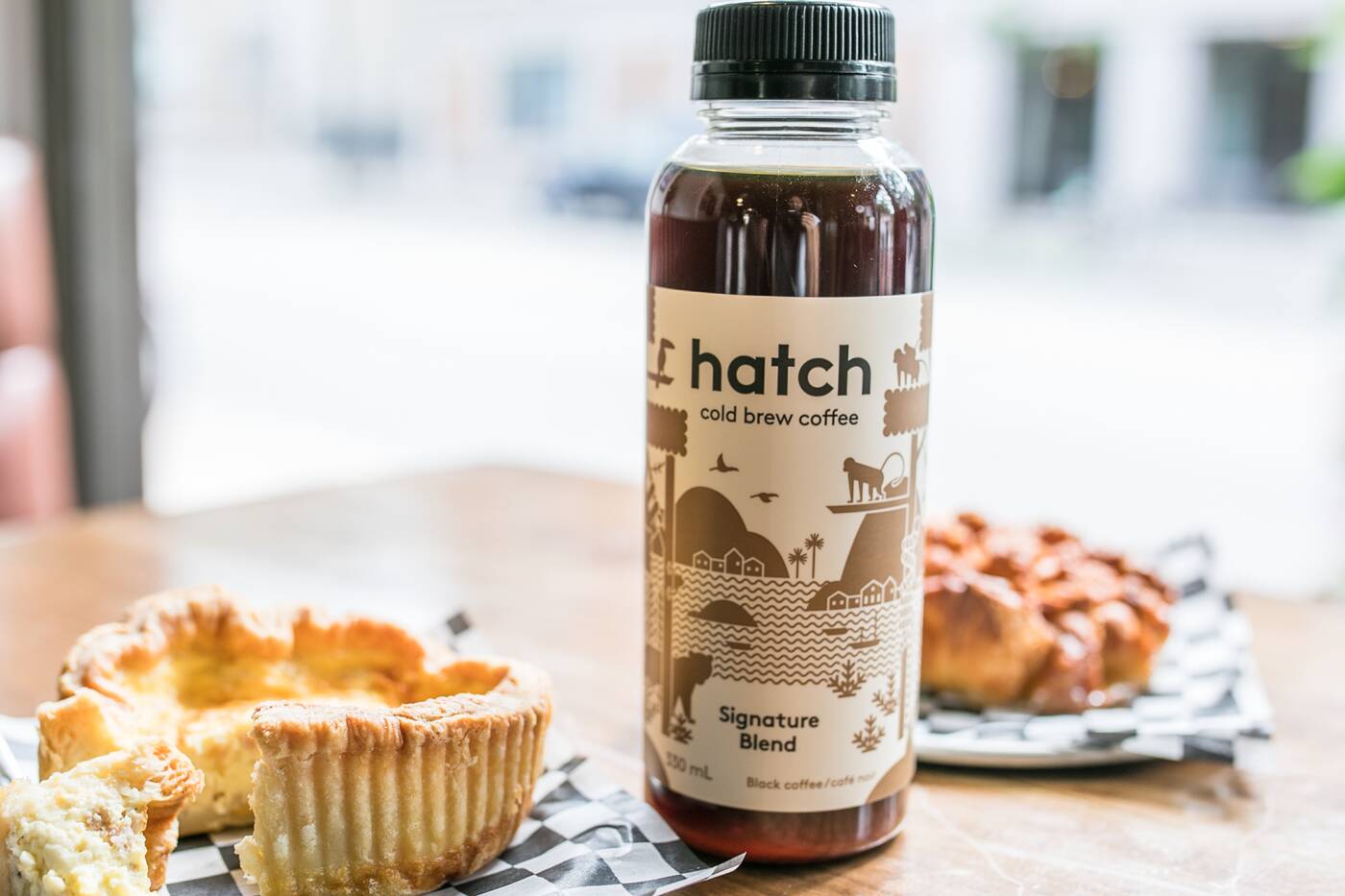 They also have bottled Hatch cold brew for $4, as well as Minor Figures nitro oat milk canned coffee drinks for $4.25. 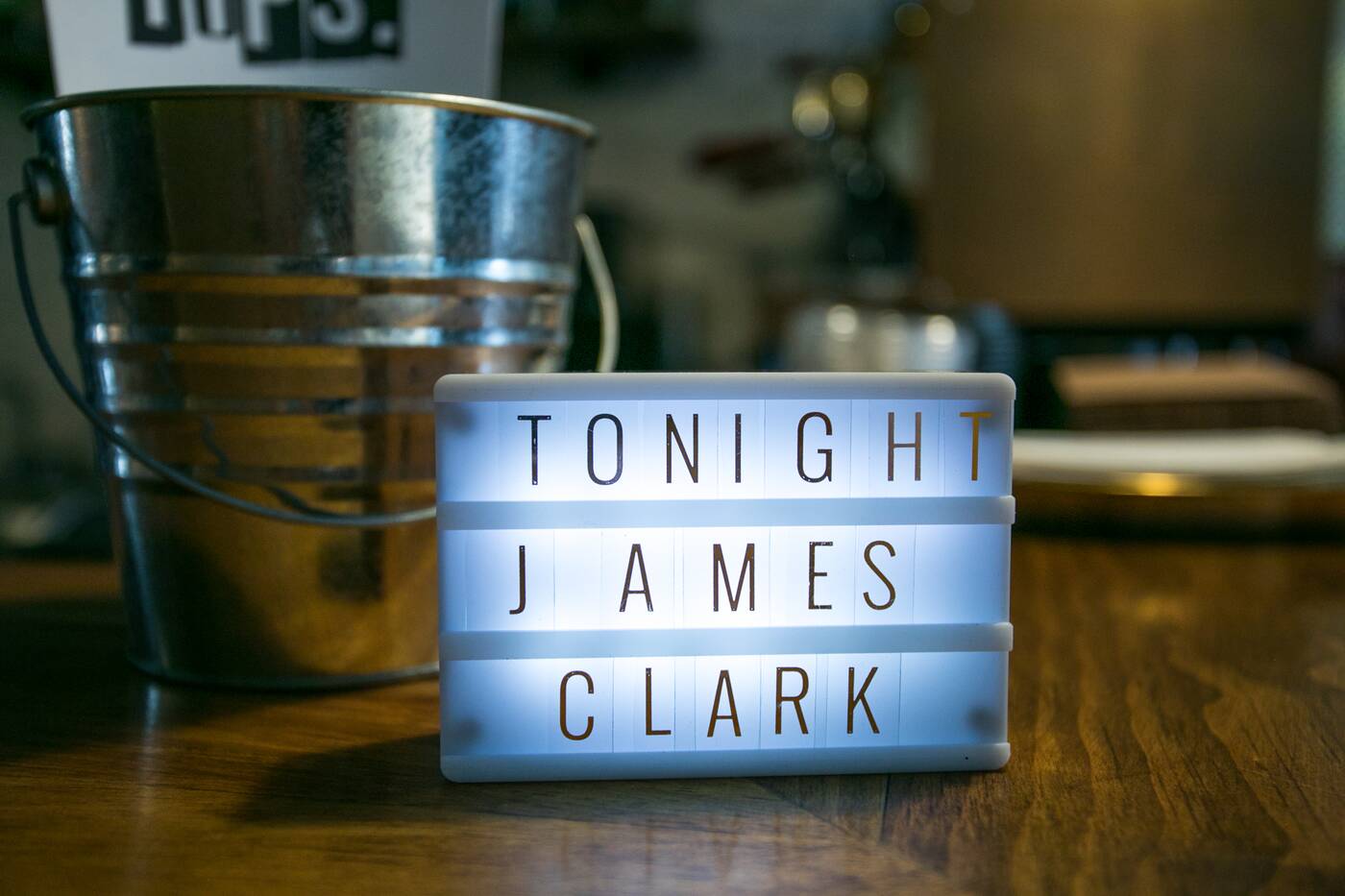 The night's performer is always posted in a mini lightbox so you can come back at 5 p.m. to take in a live act here. 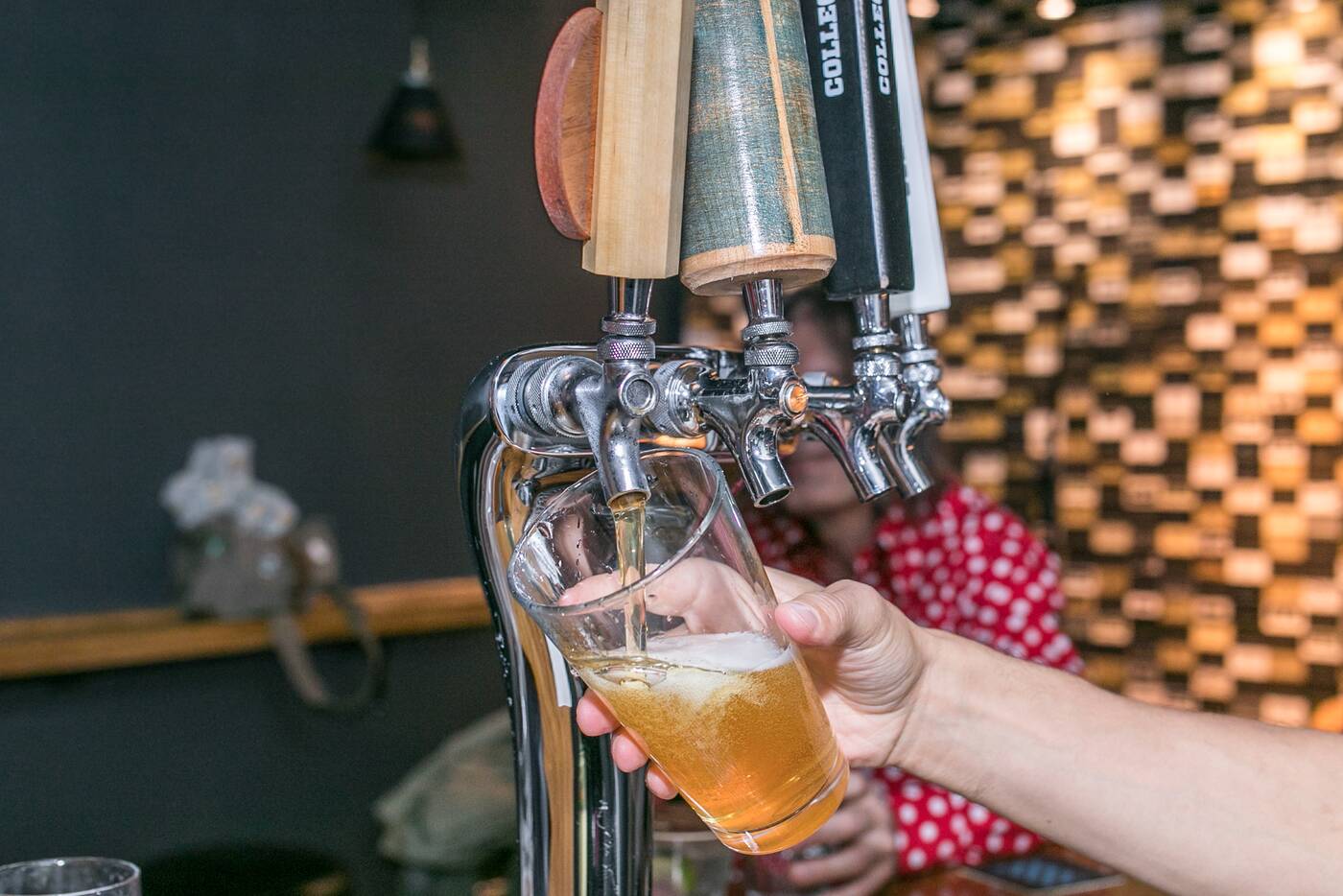 Do so, and you'll be able to indulge in beer, whisky and wine offerings, including a happy hour from 5 p.m. to 8 p.m. that includes $7 glasses of wine and $6 rail. 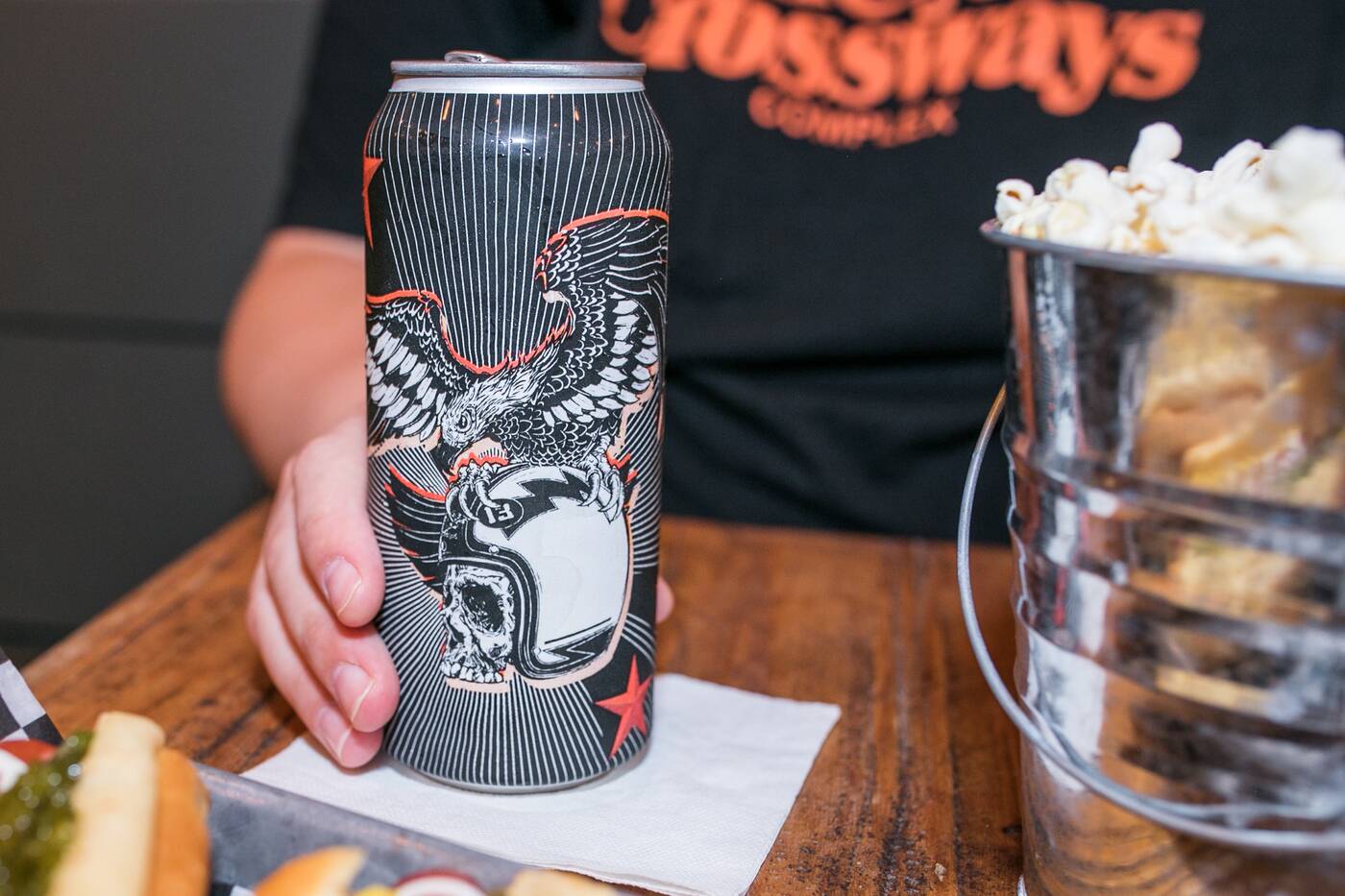 Four taps pour Beau's, Woodhouse and two Collective Arts options, with nearly a dozen other options in cans. All beer runs around $8 to $9. 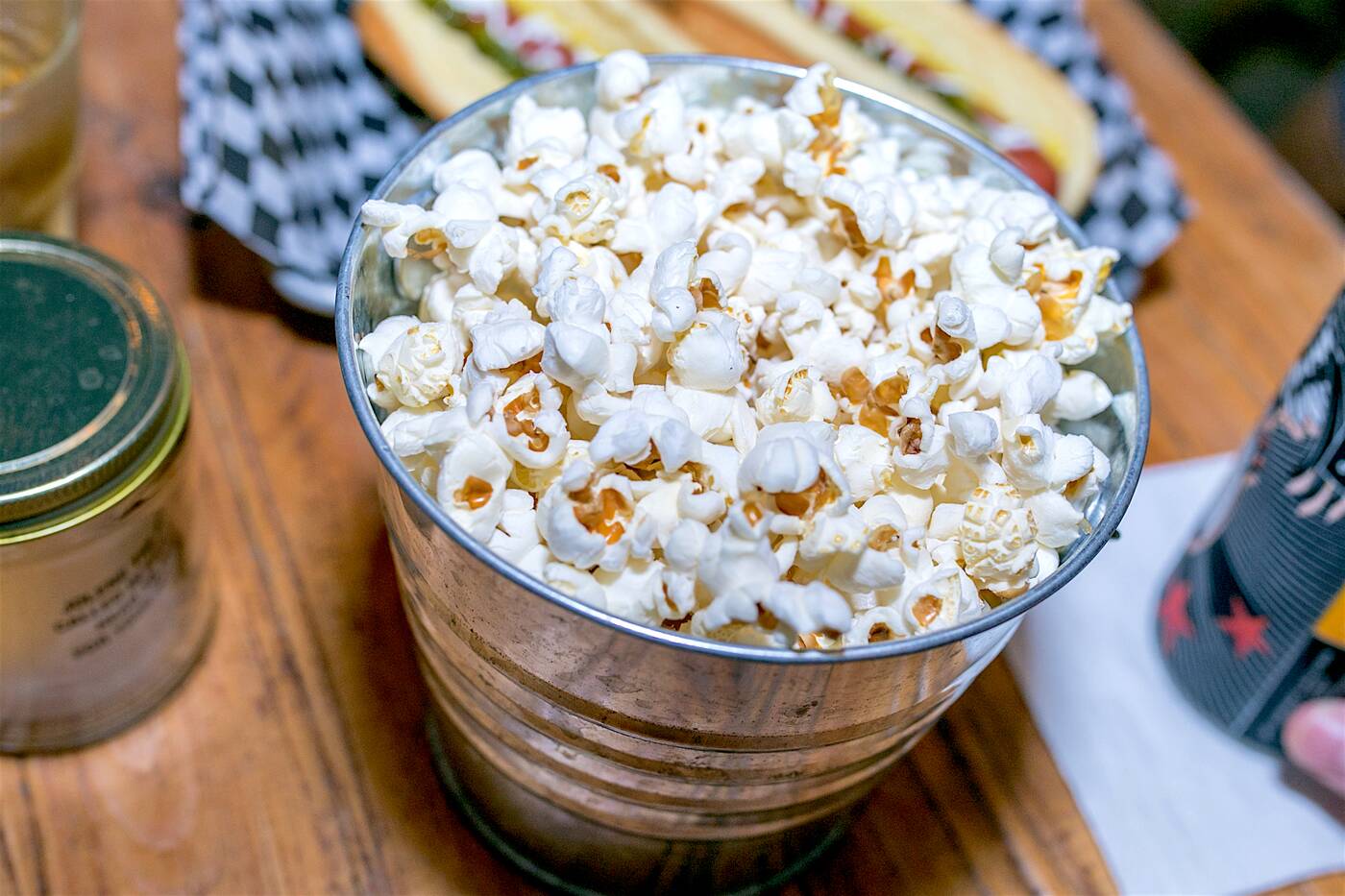 A stripped-down late night menu is available until nearly close, consisting solely of popcorn ($2.50) and hot dogs ($4.50 for all beef, $5 for veggie). 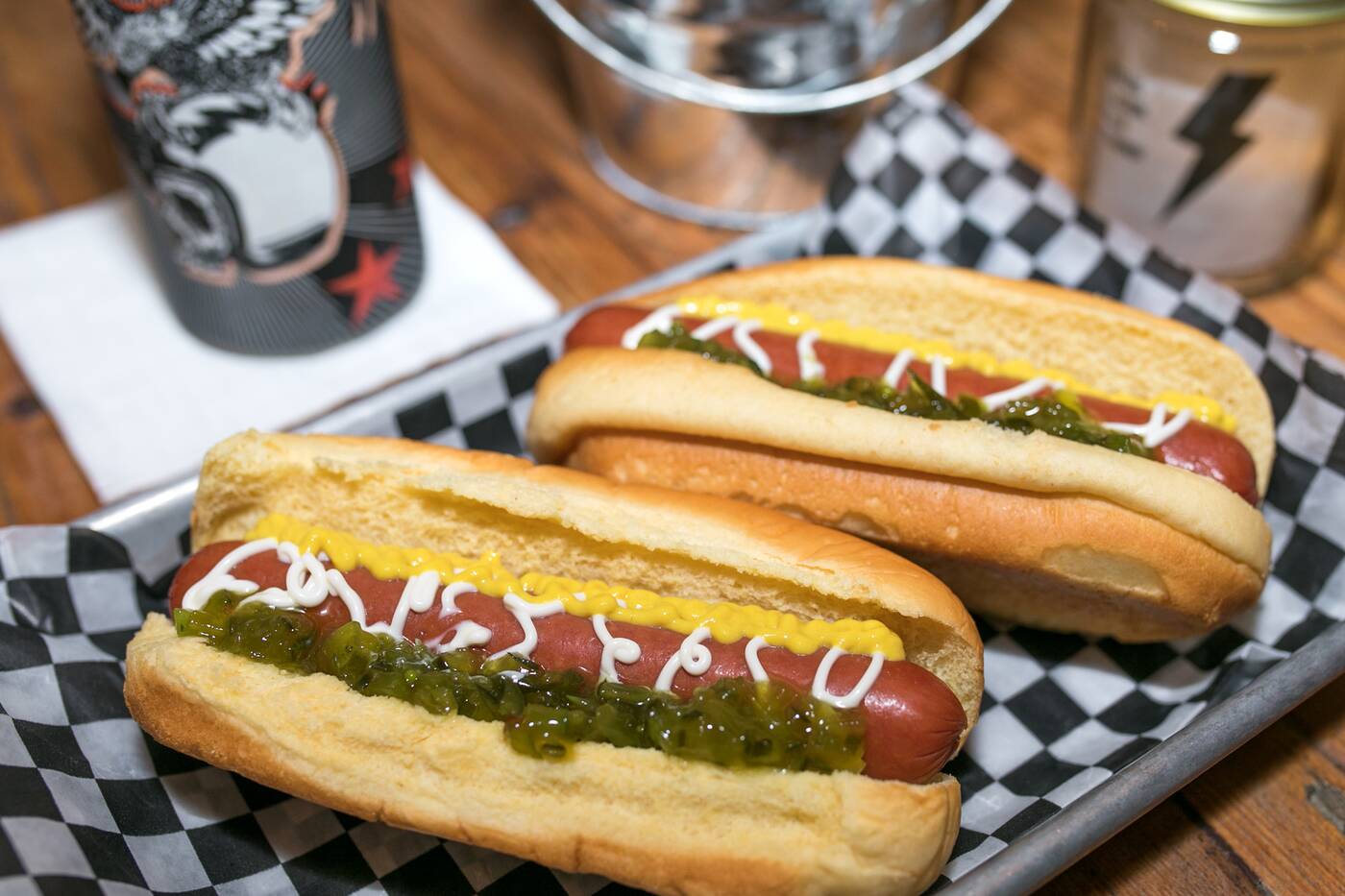 Squishy Martin's potato buns and dogs are both steamed and gluten-free, presented with a carousel of mayo, mustard, ketchup and relish to dress them with. 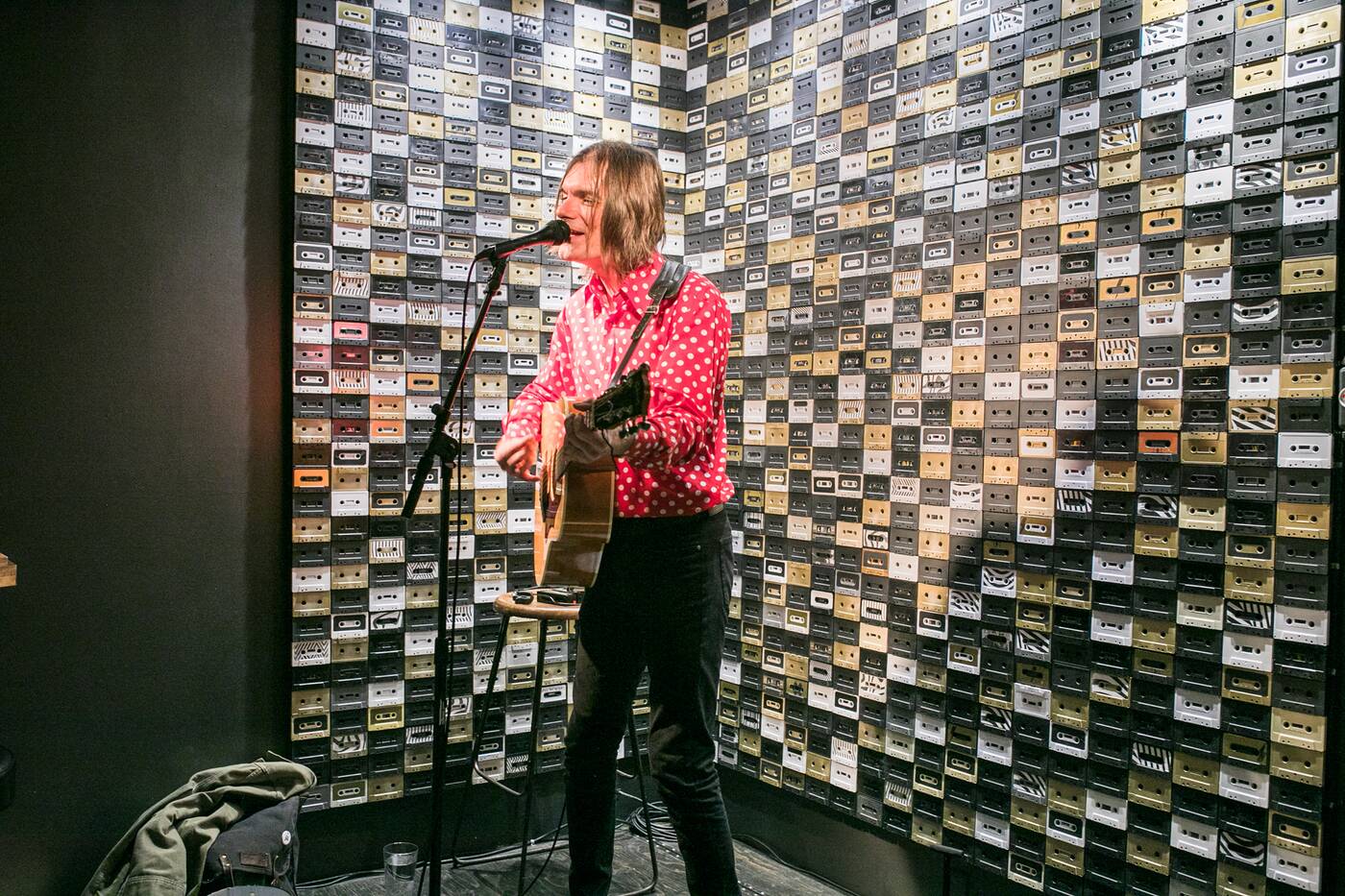 A newly installed postage stamp stage in the corner is rigged with brand new sound and lighting equipment, staff passing around a "pay what you feel" tip bucket. 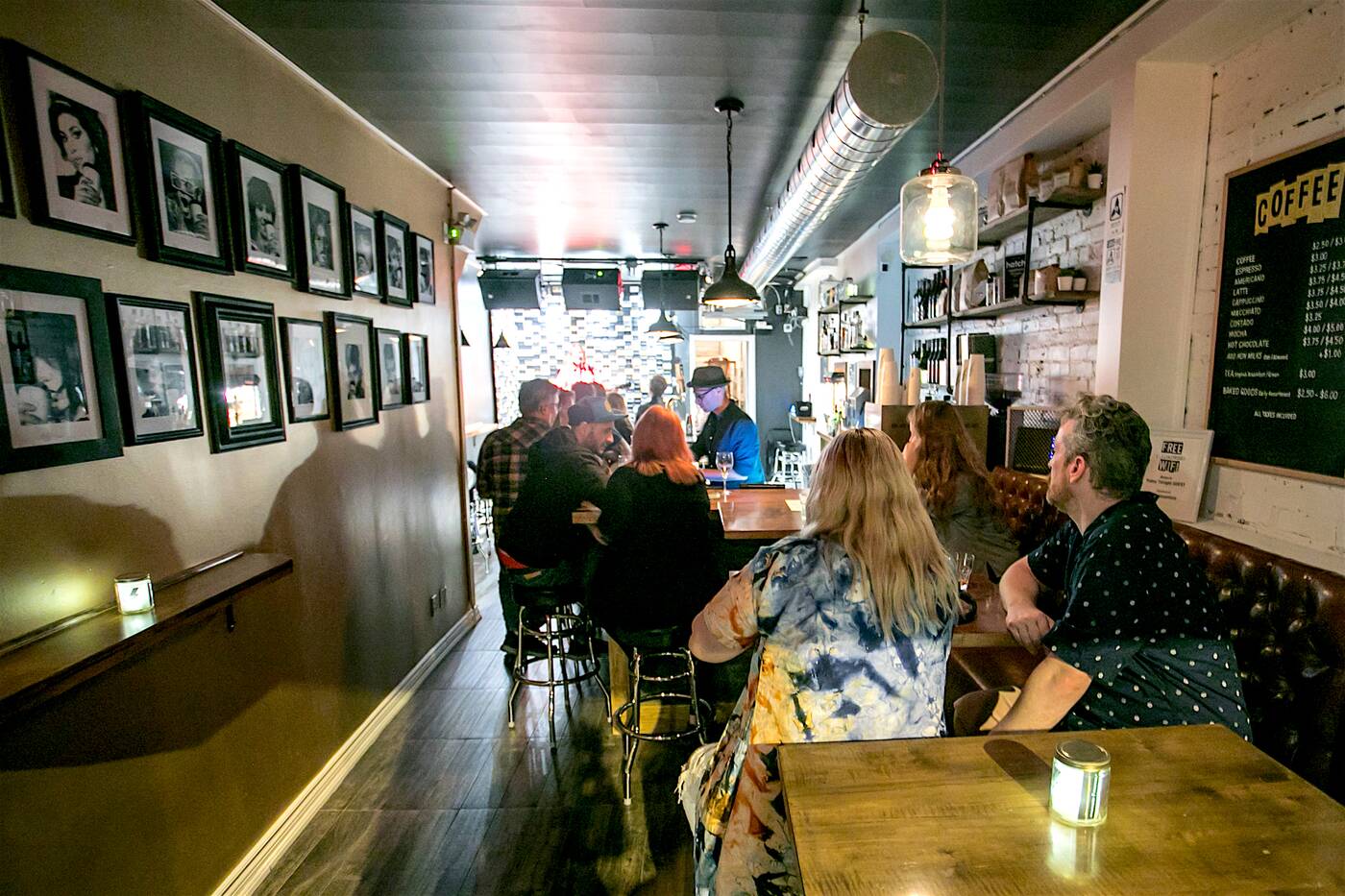 The teensy 30-seat space was inherited from Dumbo Snack Bar, along with its sparkling 22-seat back patio. The entire place is equipped with free WiFi. 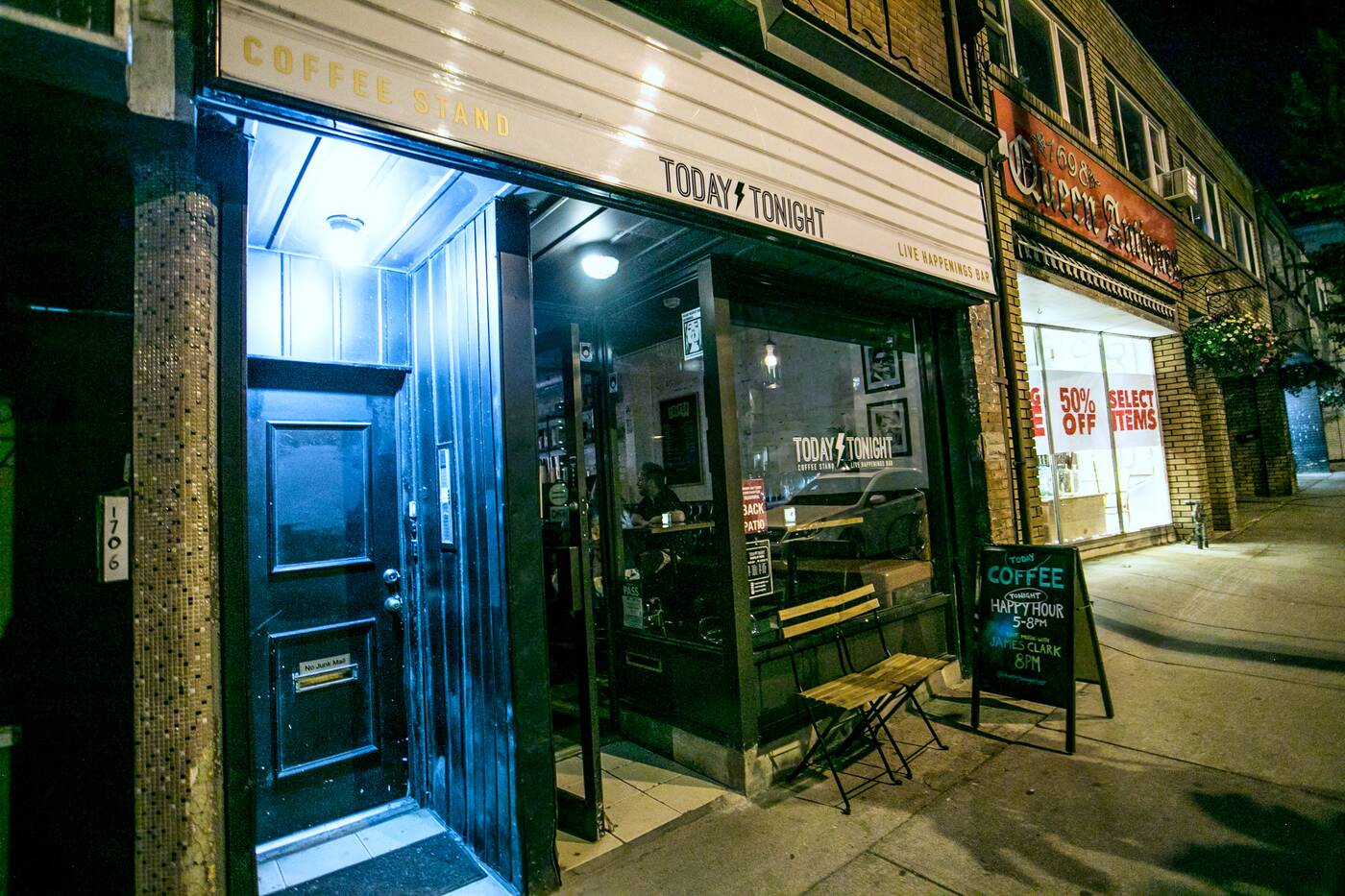