Storm Crow Manor is Canada’s so-called nerdiest bar, a Vancouver export with a location in Toronto housed in a two-storey Victorian mansion.

The concept was originally envisioned as an alternative to the classic sports bar, showing old movies and Game of Thrones rather than games on TV, the place full of board games to play. 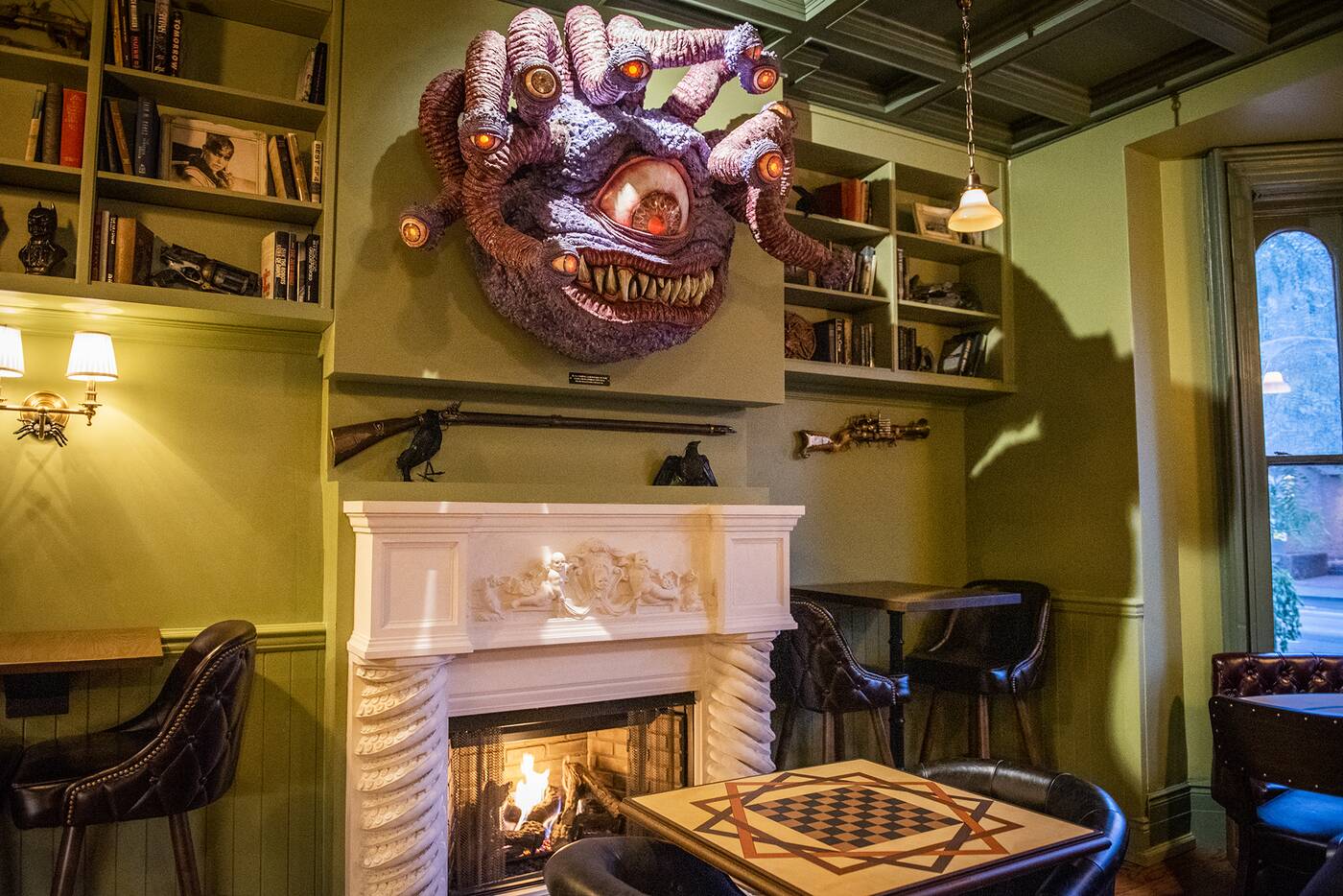 Sure, Rebel X-Wings and Wolverine Poutine are on the menu, but it’s the 10,000-square-foot space with a capacity of 230 that really shines. 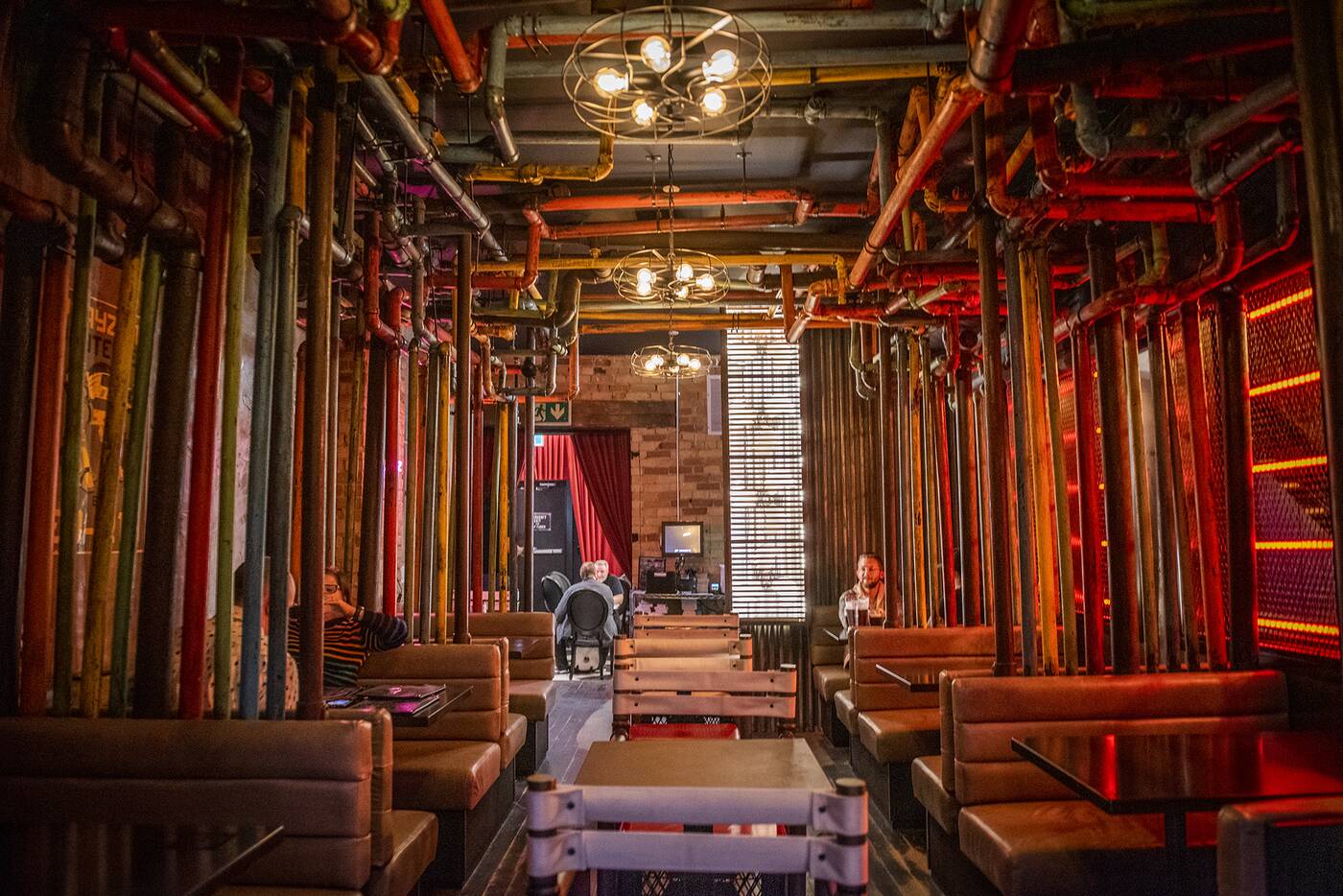 The bones of the spectacular house have been preserved, rooms loosely themed around Blade Runner, The Shining, Twin Peaks and Star Wars dropped into the historic space. 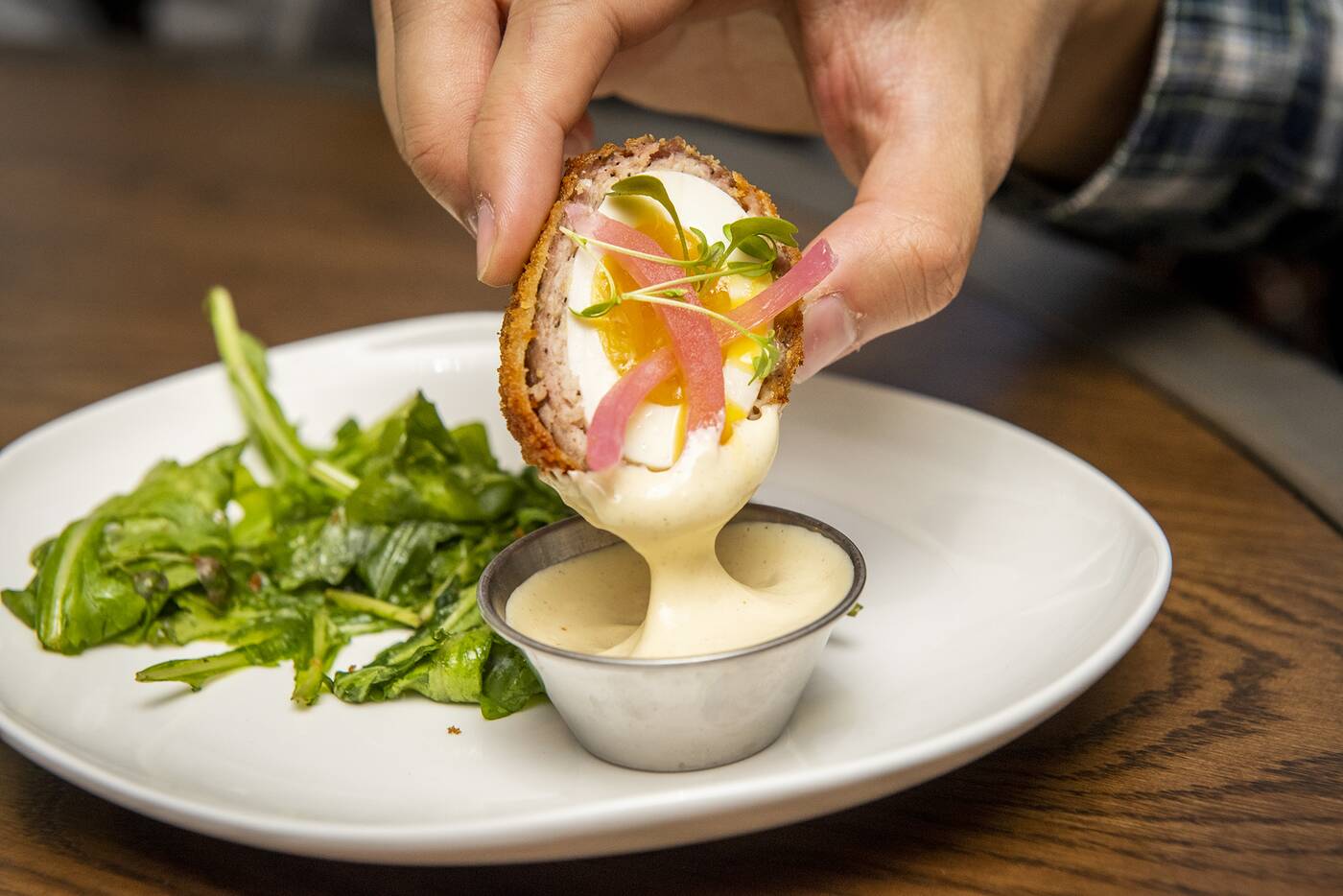 A Dracarys Dragon Egg ($9) is essentially your standard Scotch egg, a smallish albeit organic and free-run soft-boiled egg wrapped in fennel sausage, breaded crispy and fried, nestled on a bed of arugula with a little pickled onion on top. 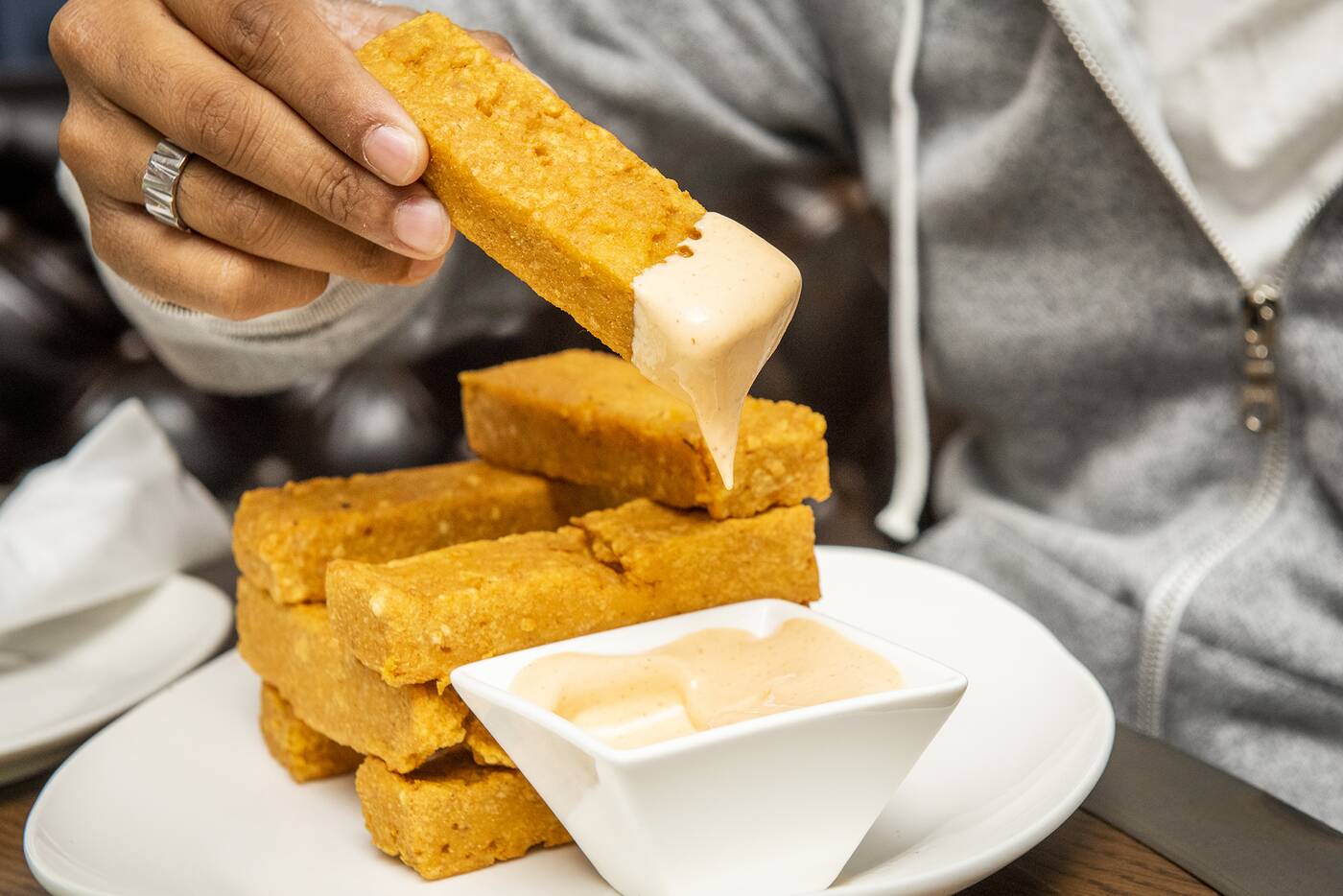 “Legendary” Chickpea Fries ($10) are a favourite at all Storm Crow locations, dense but slightly crumbly slabs of house chickpea fries “stacked in a weird, non-Euclidean geometry.” A thick spicy sriracha for dipping can optionally be veganized. 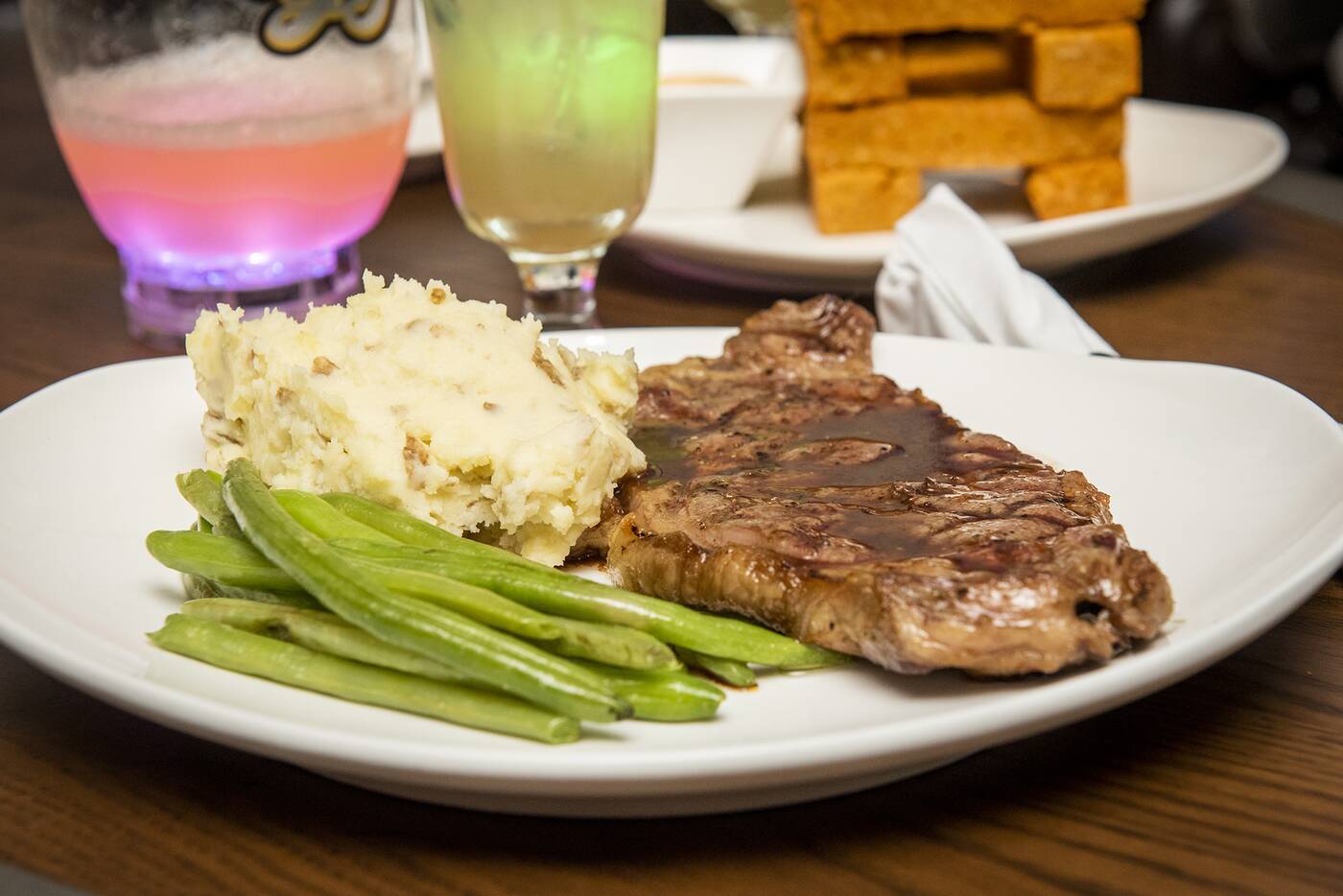 A New New York Strip ($25) pays homage with its name to Futurama, a grilled strip loin accompanied by typical sides of green beans and potato mash. A red wine jus spooned over the steak can optionally be upgraded to a peppercorn sauce for a $3 upcharge. 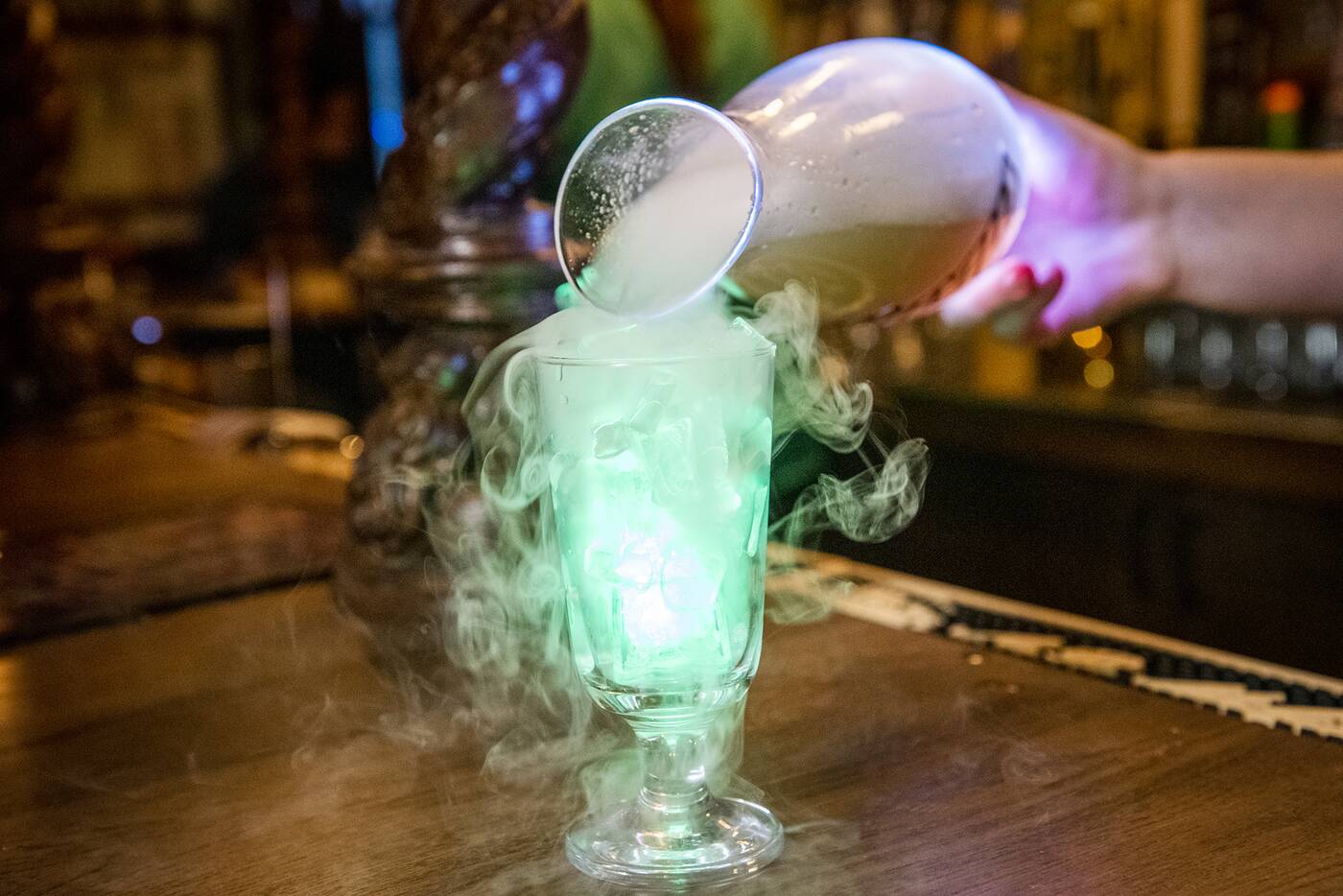 The Pan Galactic Gargle Blaster ($38) is a signature shareable cocktail here, the thing to get if you want the ultimate smoking, glowing, thematic drink. Basically a minty Tom Collins made with a mint-infused gin, this thing is the B movie of bulk beverages.

Other fantastic creations include Butterbeer ($9), a cheeky combination of root beer and butterscotch Schnapps.

For $6 you can also literally roll the dice for a random shot, 20 options from a “Pickle Rick” (Jameson and pickle juice) to a Blair Witch (Frangelico and lime) corresponding to the many sides of the die. A similar system leaves the components of a “Dungeon Burger” up to fate. 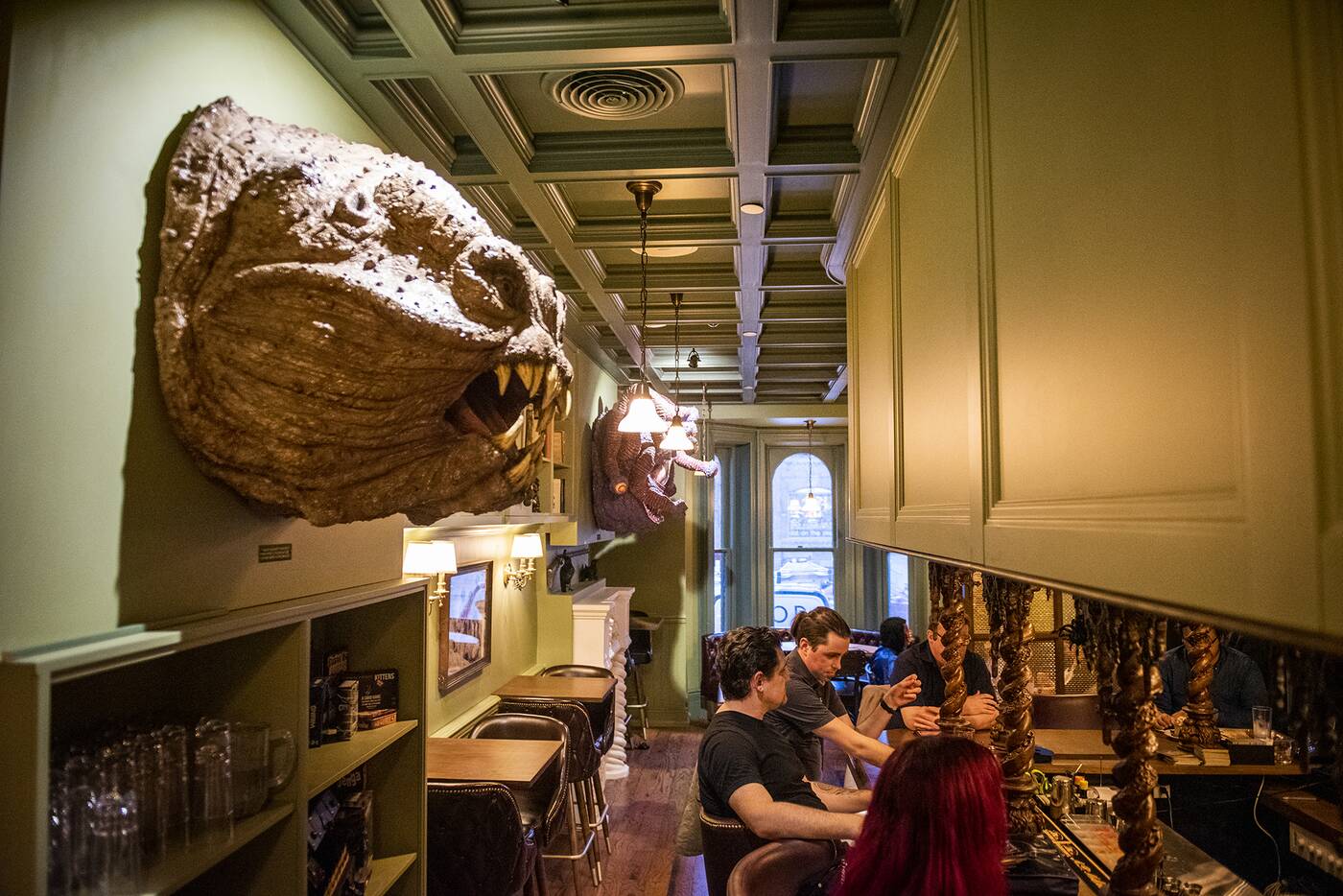 Heads of mythical creatures like the rancor from Star Wars mounted on the walls make for surreal trophies, not to mention Instagrammable moments. 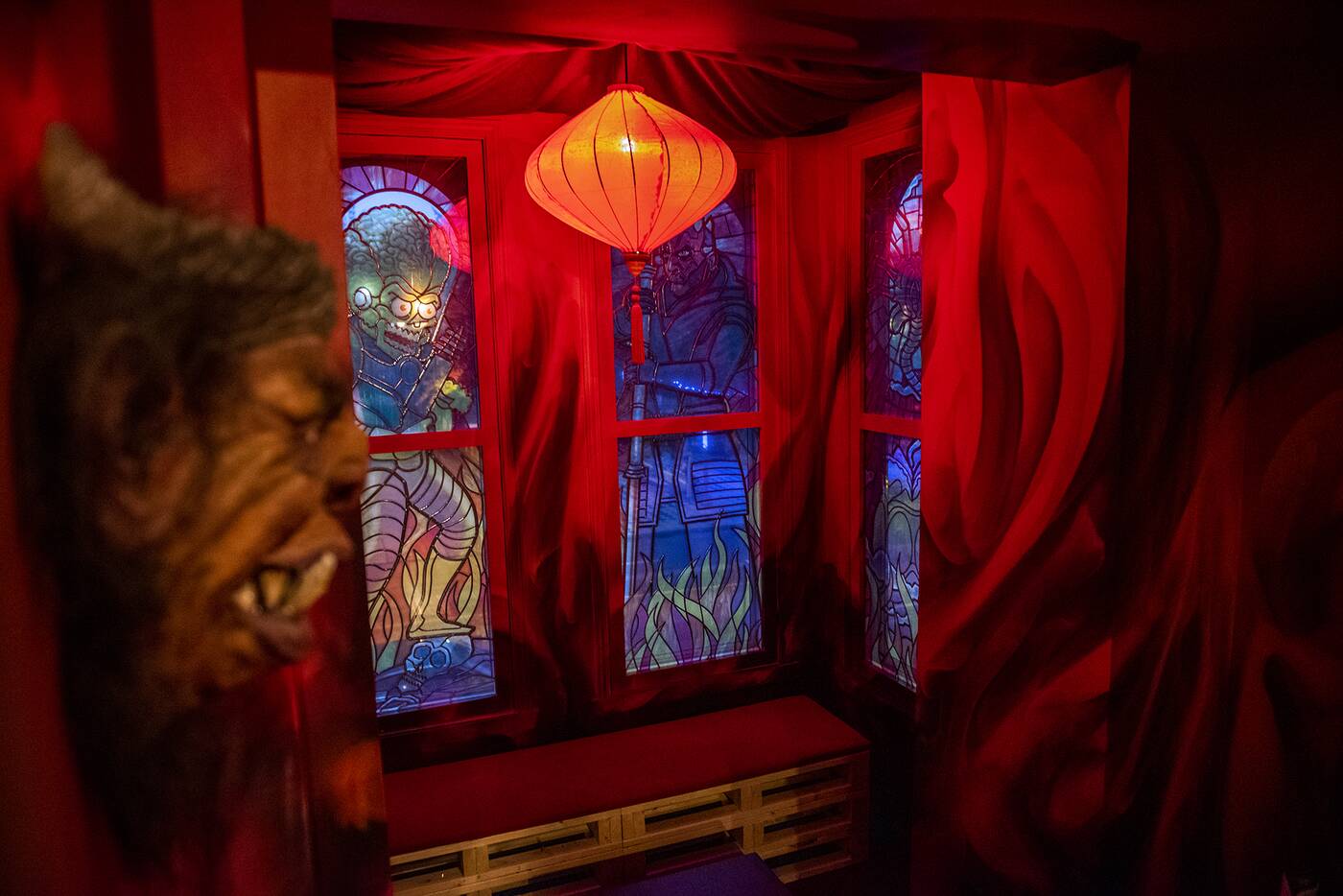 Snoop around and you just might find secret passageways to hidden rooms and all kinds of other surprises. 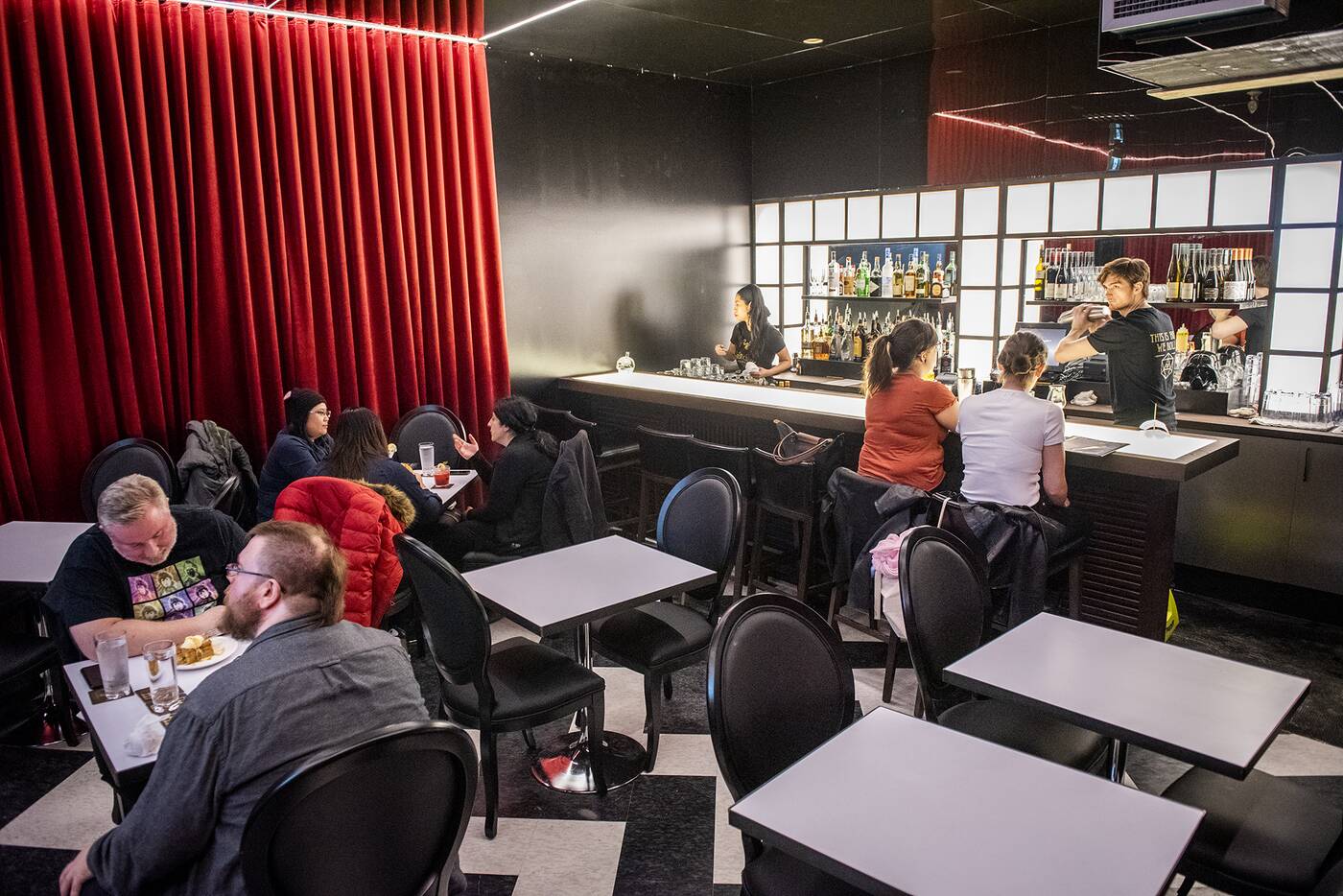 The place basically reads like a Rainforest Cafe or the like for adult nerds, and I can see myself most happily enjoying my time here downing a pitcher of craft beer with my geekiest fellow Twin Peaks fanatic at the Shining bar. 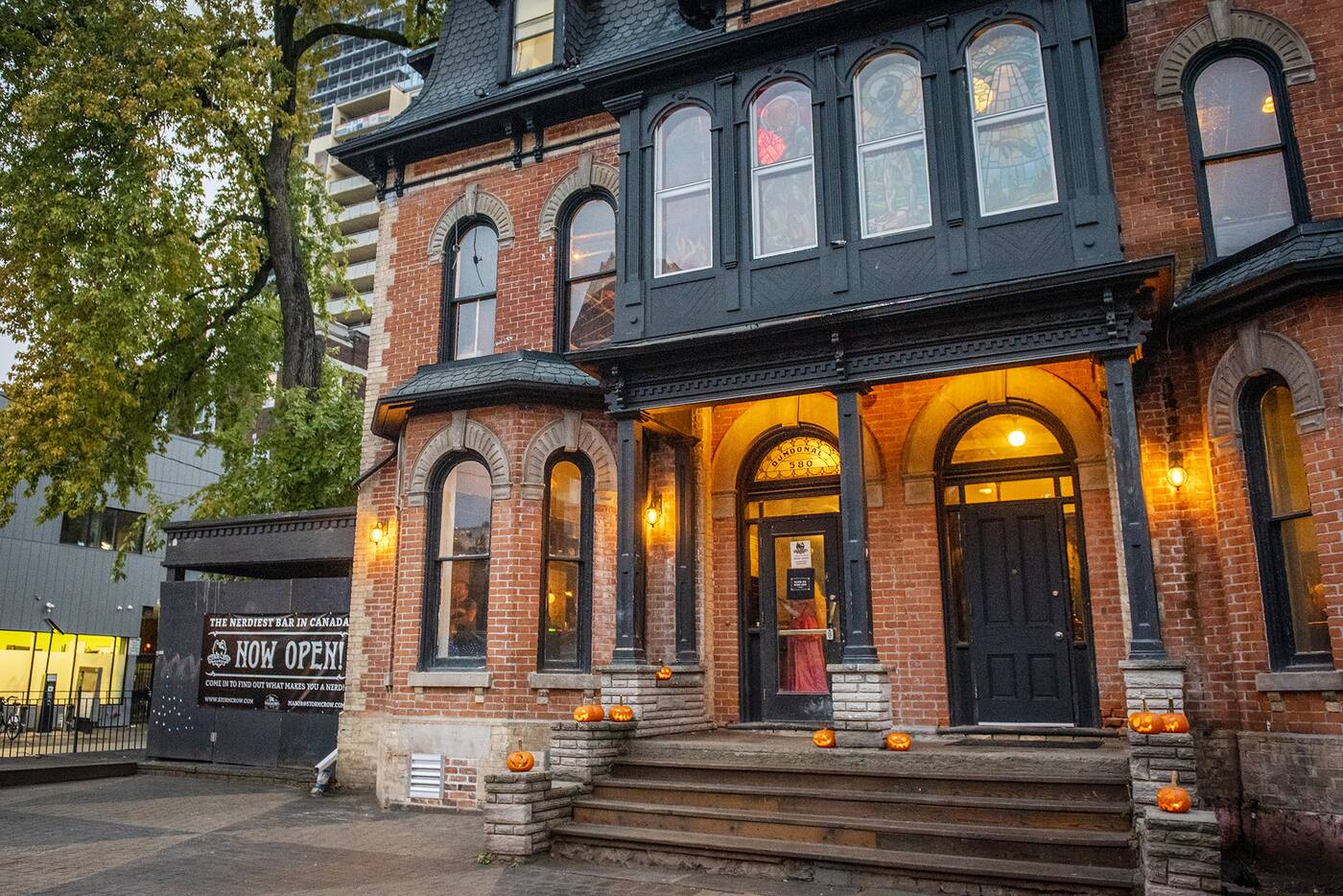