Paradise Grapevine is a wine and beer bar with affordable small plates and a lush back patio, all of which can be enjoyed until 2 a.m.

The place reinvents longstanding neighbourhood haunt Menalon, named for the words on the sandwich board outside used to describe the hidden oasis out back. 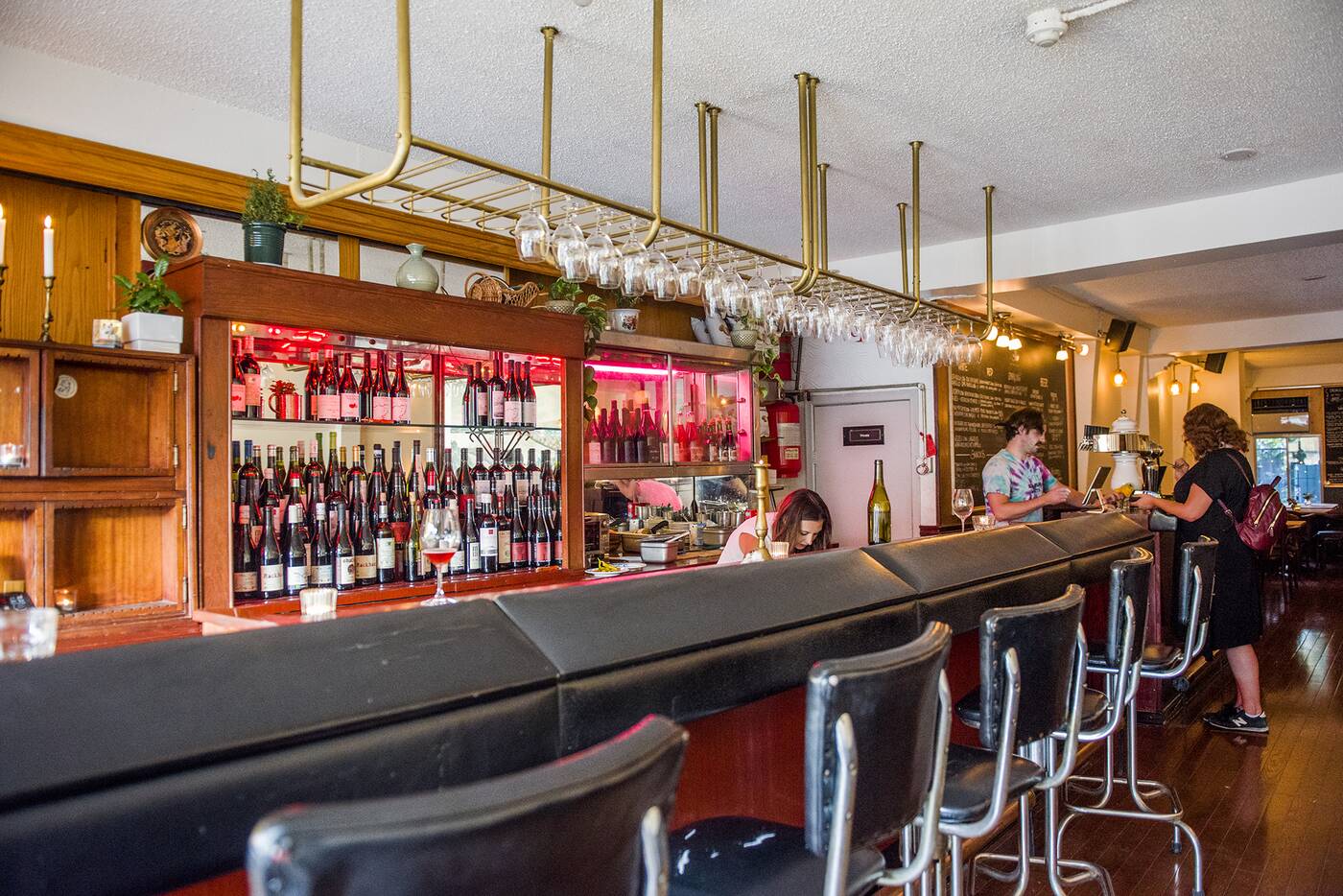 The interior feels like a Bar Rescue style makeover, all the charm left intact but any exterior grime removed. 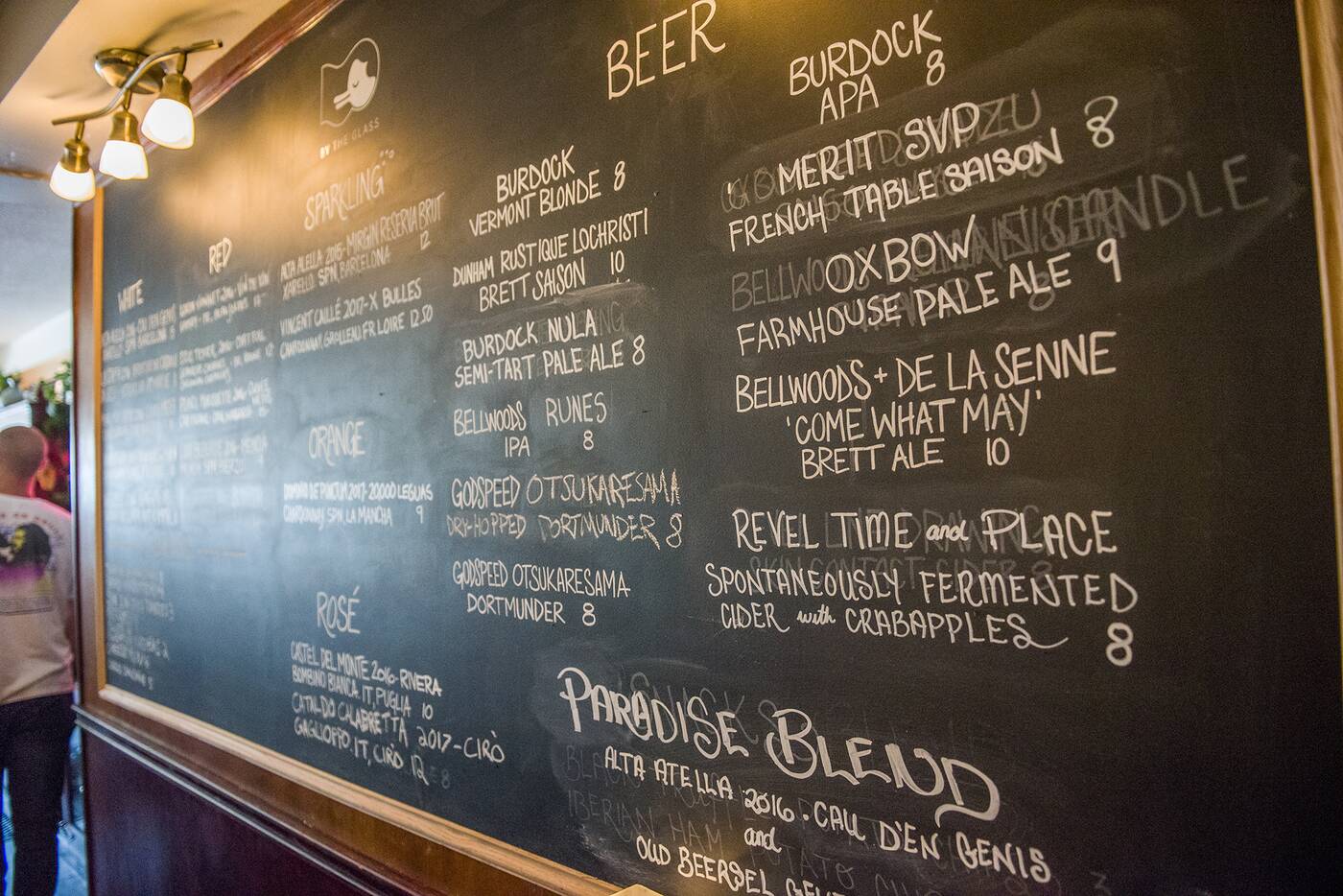 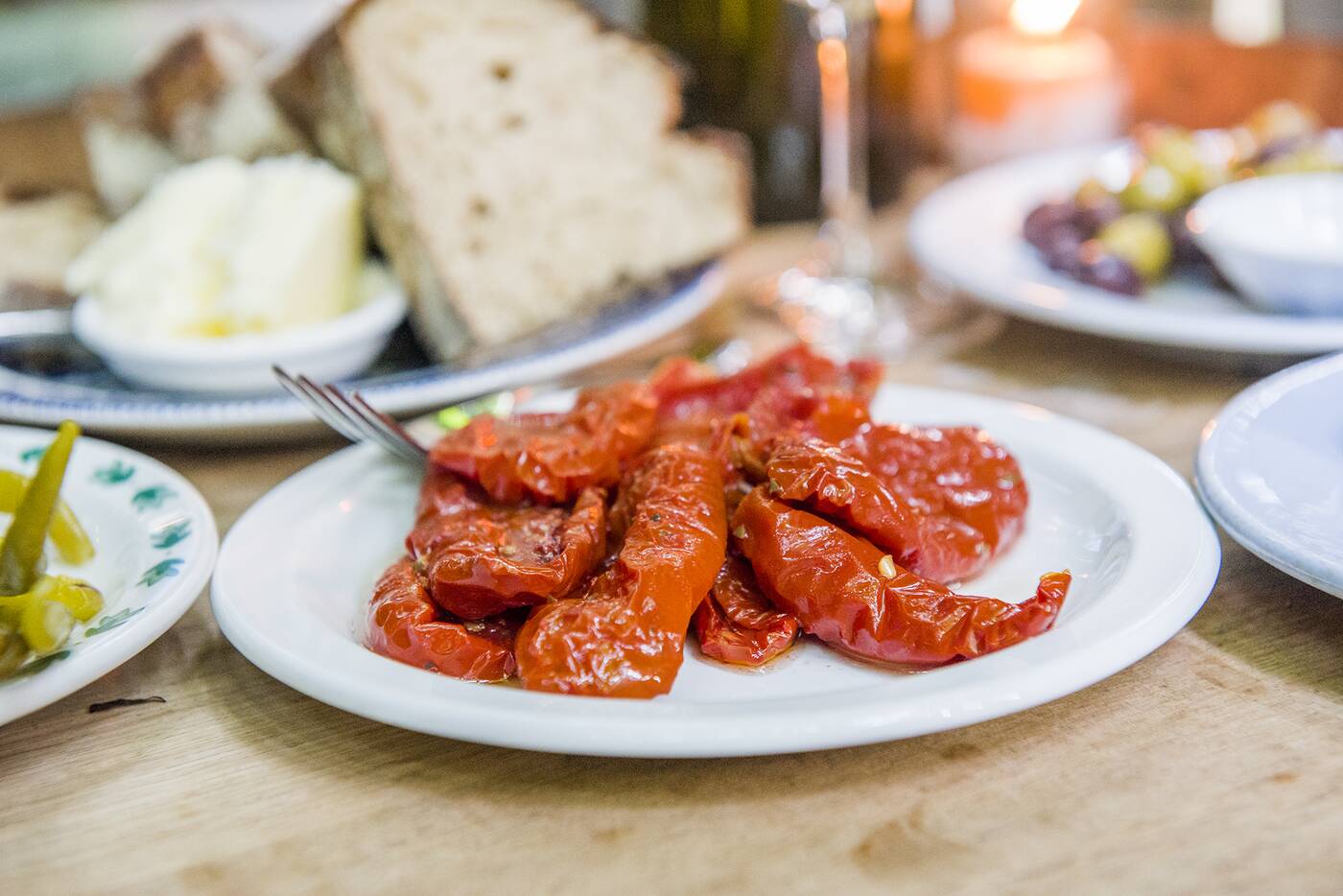 Semi-sun-dried tomatoes ($3) are part of a short list of rotating small plates under five bucks, which are meant to be combined and shared. This and many other preserved antipasti are provided by Pasquale Brothers. 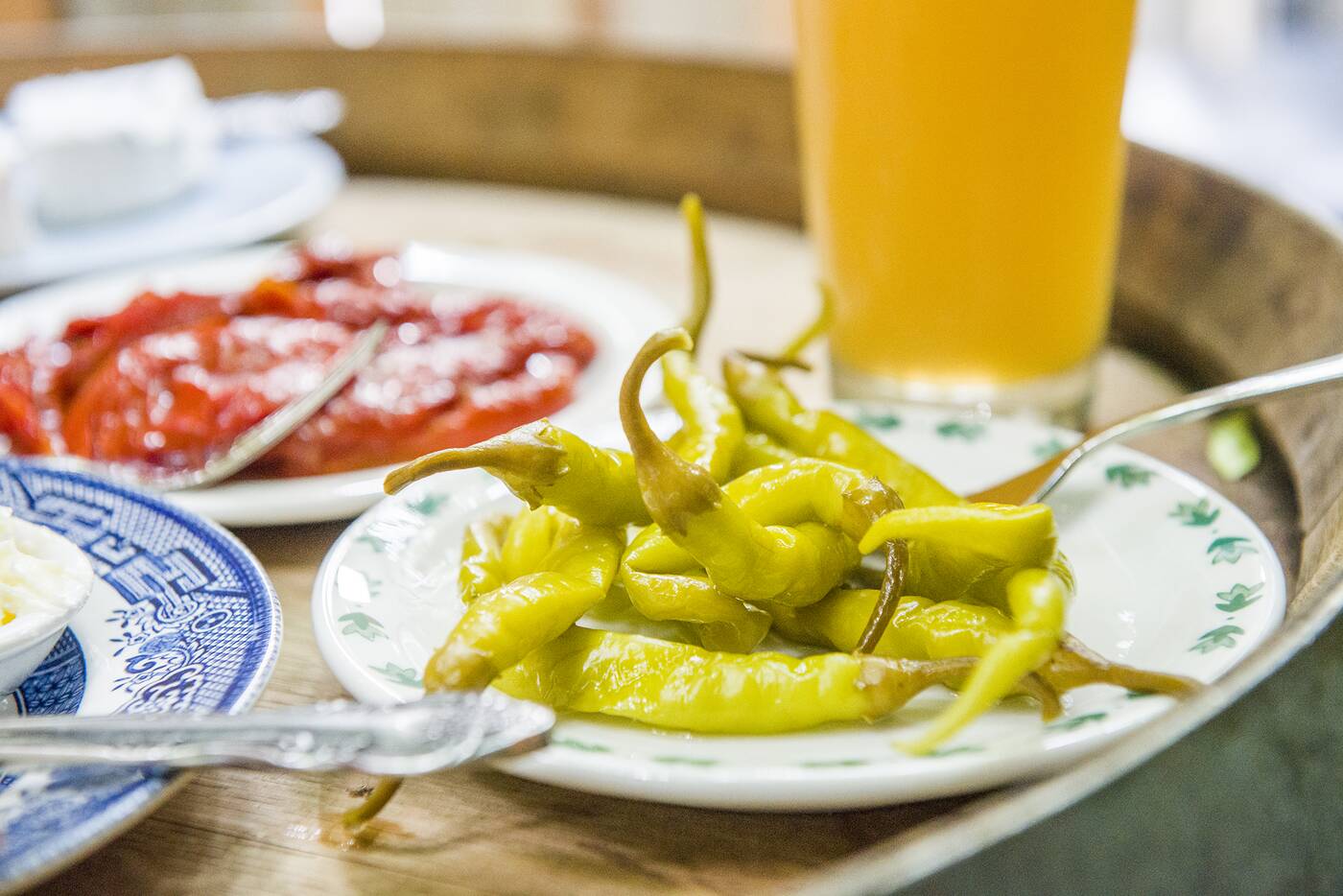 For example, pickled peppers ($4): long, crunchy, juicy and sour, a luck-of-the-draw mix of hot and mild. 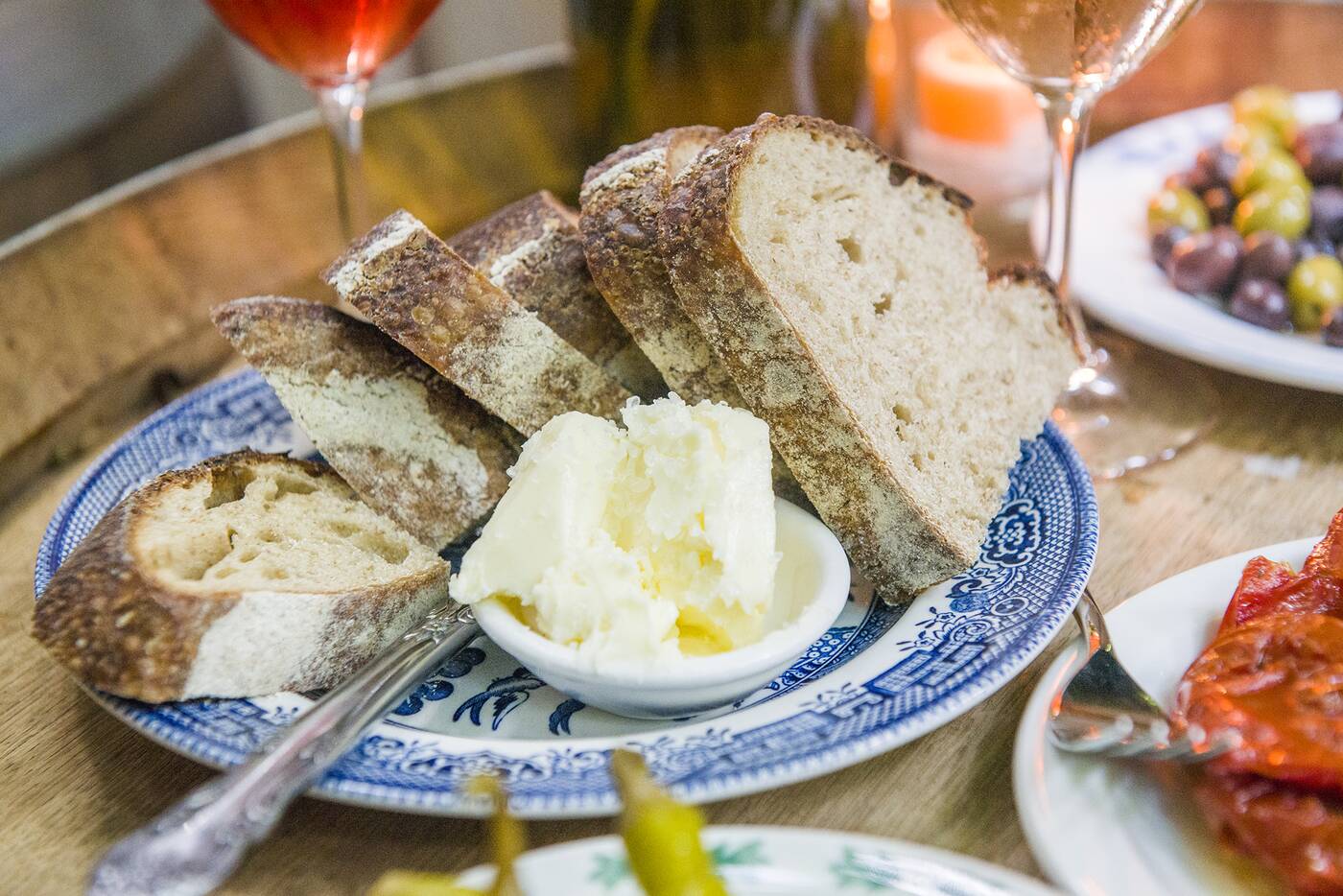 Bread ($4) is produced at Burdock especially for Grapevine. A mix of around 35% spelt and 65% wheat, it’s made with a little honey for a softer texture and served with Sterling butter. 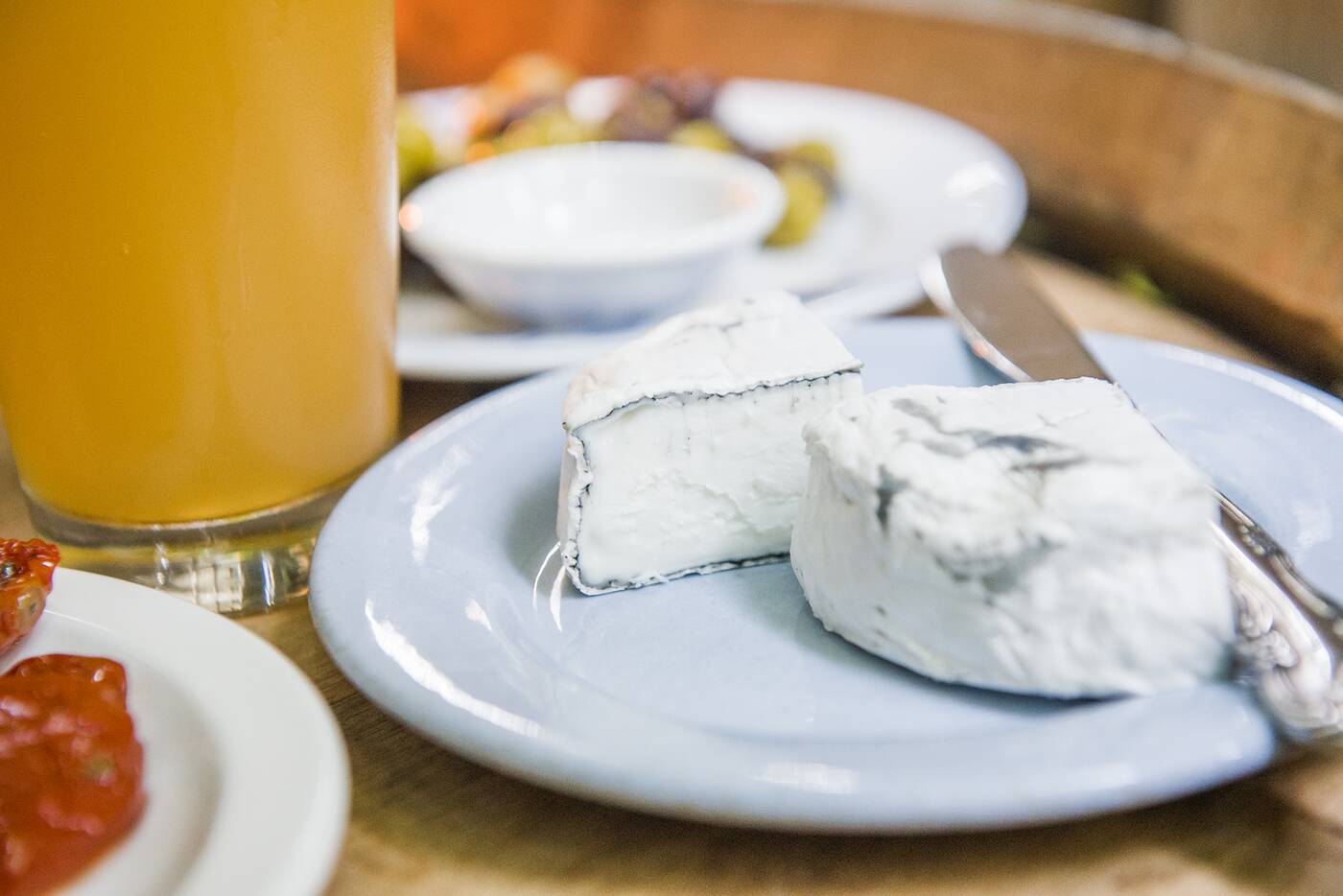 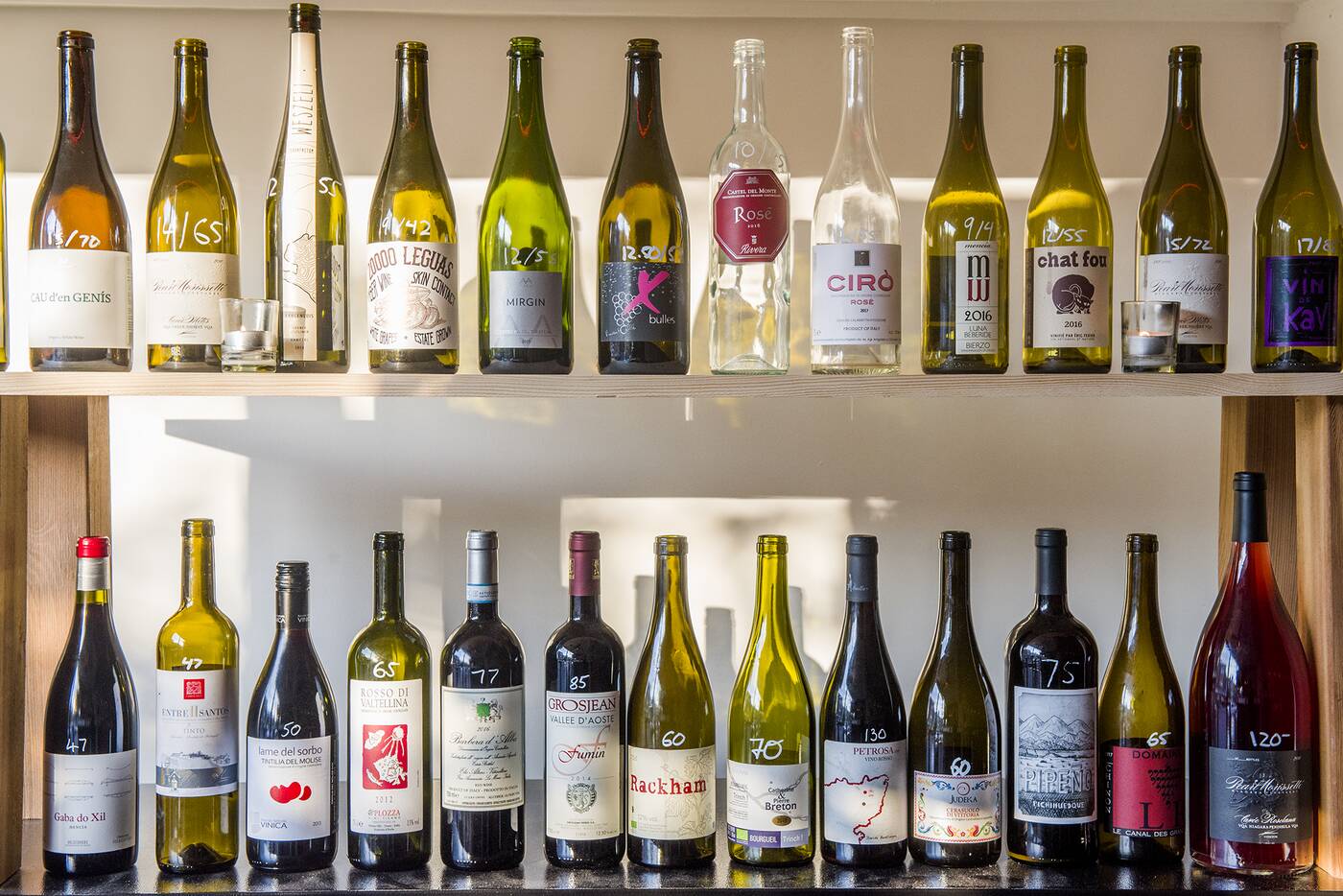 There’s not much thematically tying together the extensive rotating list of wines offered here, other than the Grapevine team finding them delicious.

These tend to be lower-intervention wines, which typically come from smaller producers and have more distinct identity, flavour-wise. 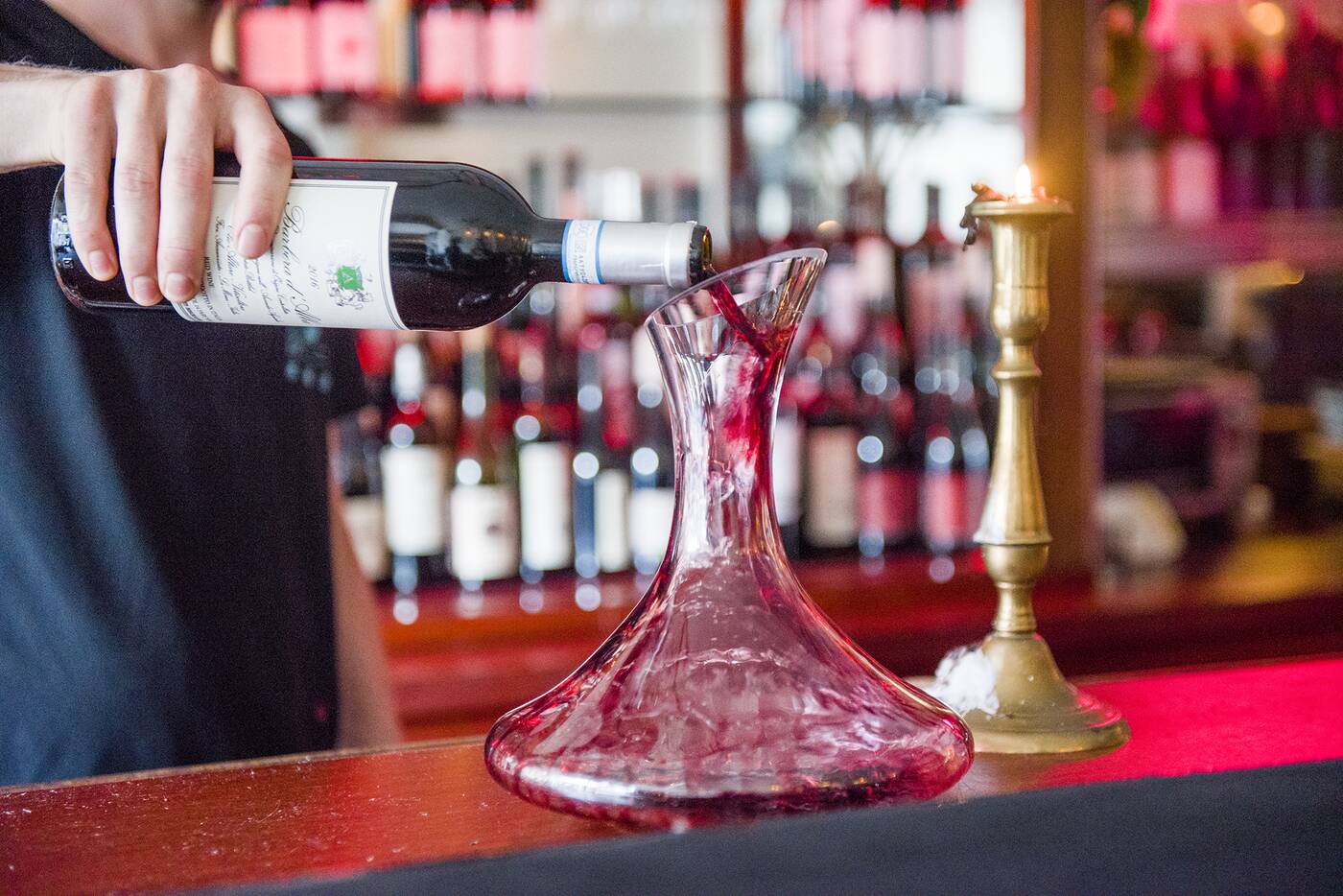 A bottle of Barbera d’Alba ($77) is decanted so the big Italian wine can open up with a little more oxygen. Here you’ll find all varieties of wine served as optimally as possibly, some bottles even opened a day early so their flavours can develop. 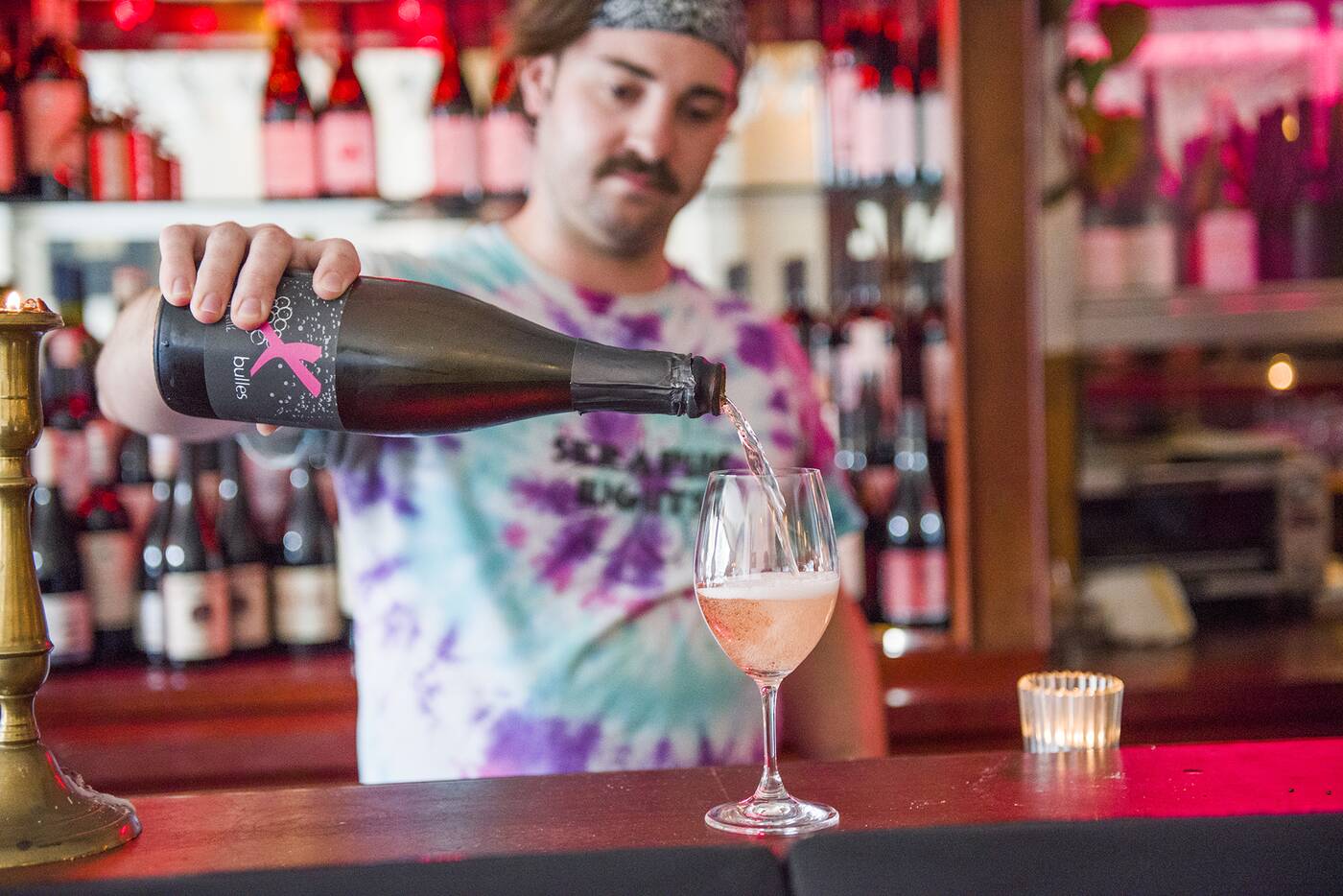 Sparkling rosé X Bulles ($57 for the bottle) has an amazing mouthfeel thanks to tiny fizzing bubbles, a blend of Chardonnay and Grolleau that’s juicy yet dry. 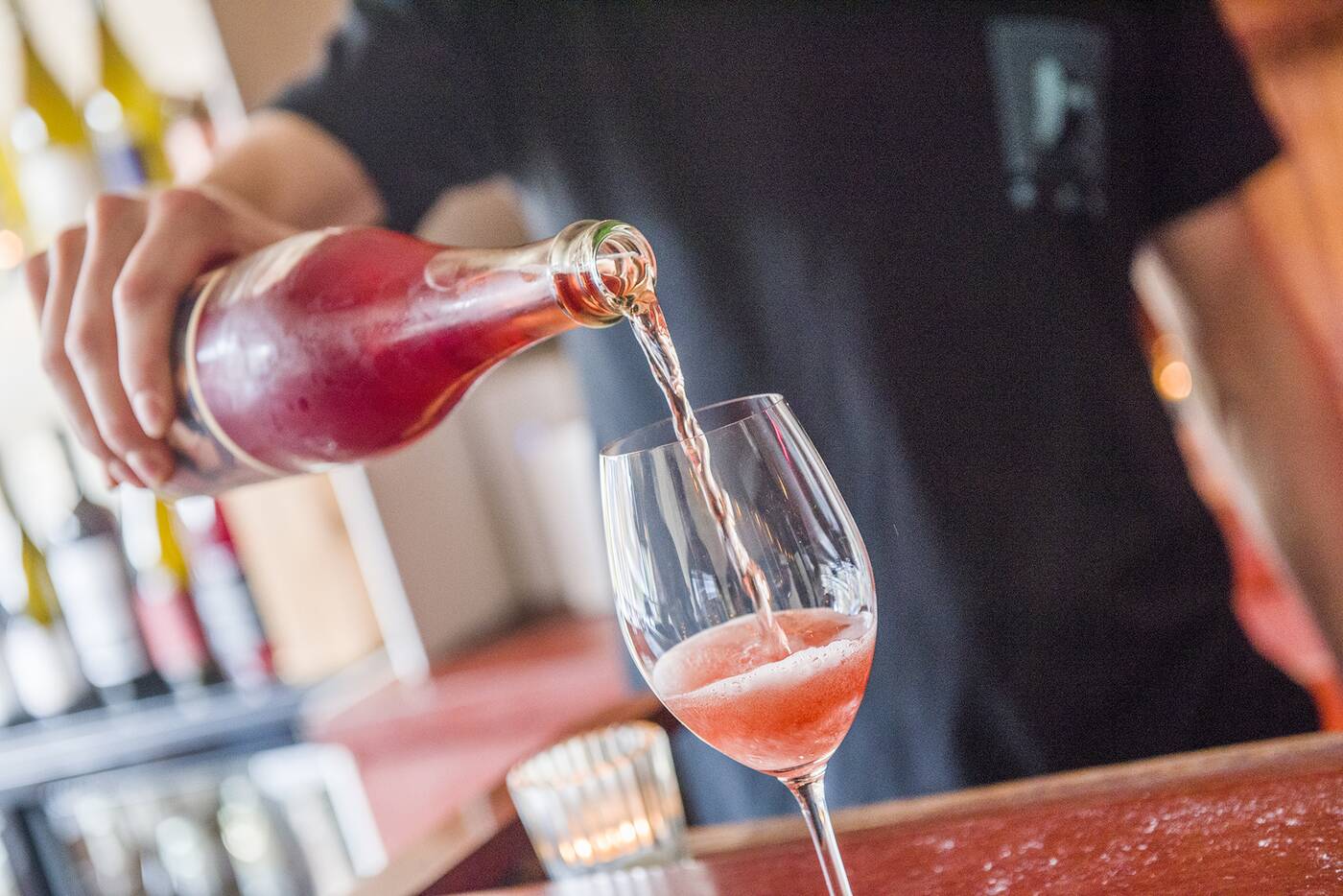 Here, they’re more interested in the crossover rather than the boundaries between wine and beer, exemplified by Burdock’s limited edition Ruby: a tangy blend of barrel-aged saisons and a farmhouse saison aged on Cab Franc skins with a splash of Reisling to make the fruitiness pop. 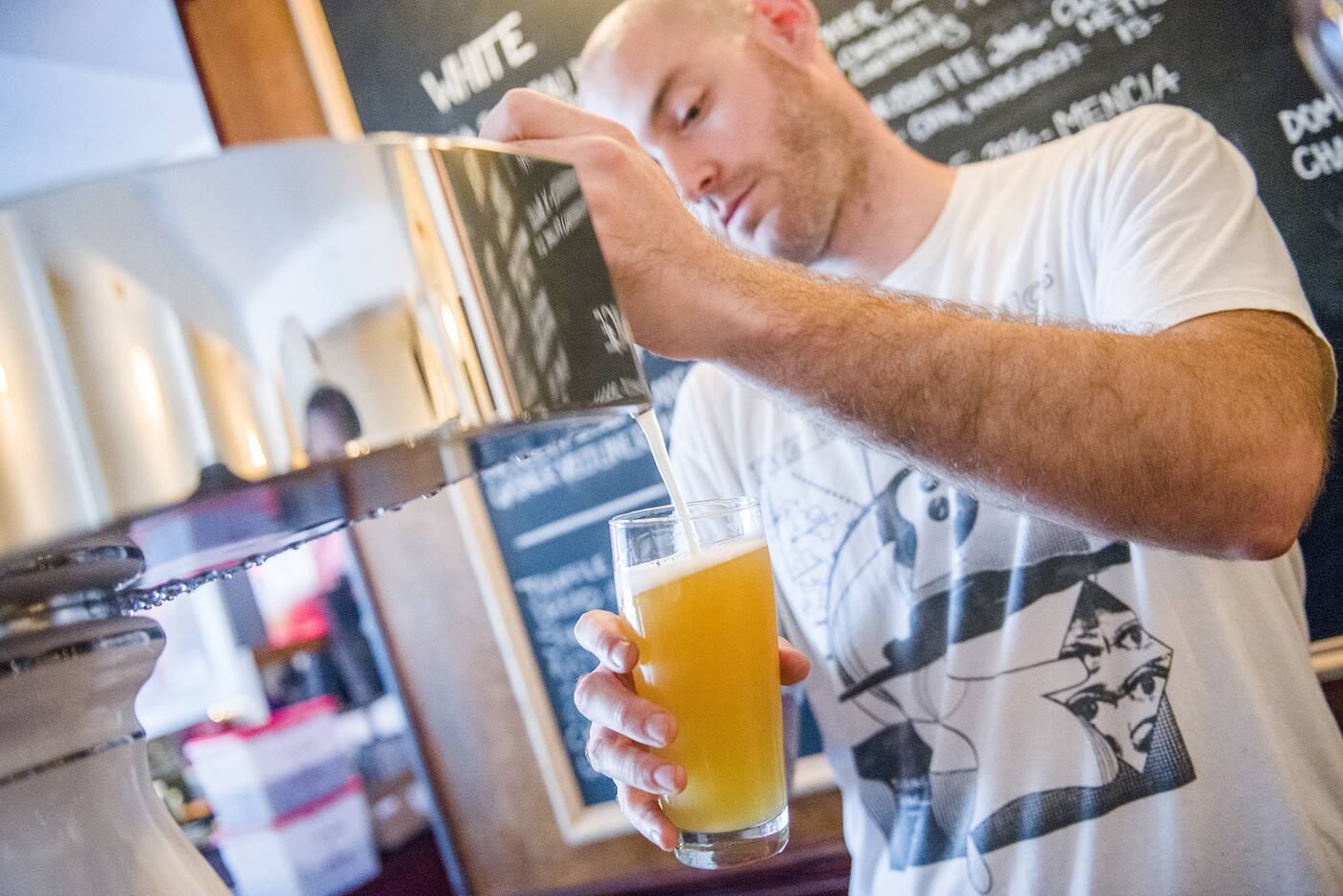 Bellwoods will likely always be flowing from at least one of 11 taps. Runes ($8) is their opaque and full-bodied yet refreshing and crushable take on on IPA. 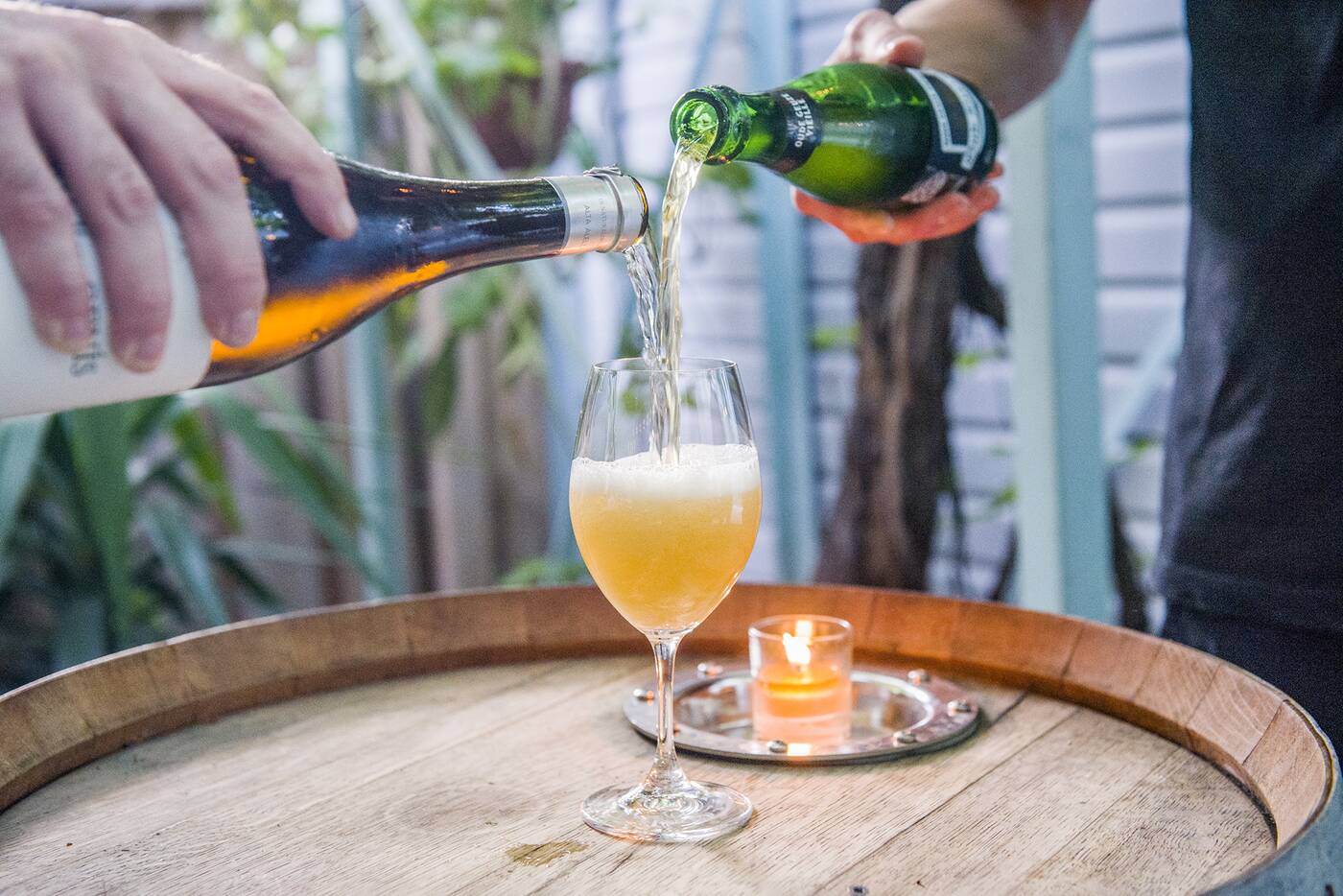 They even do “Paradise Blends” of proportioned wine and beer; today’s―a mix of Oud Beersel and C’au D’en Genis white wine, the beer providing acidity where the wine lacks it. 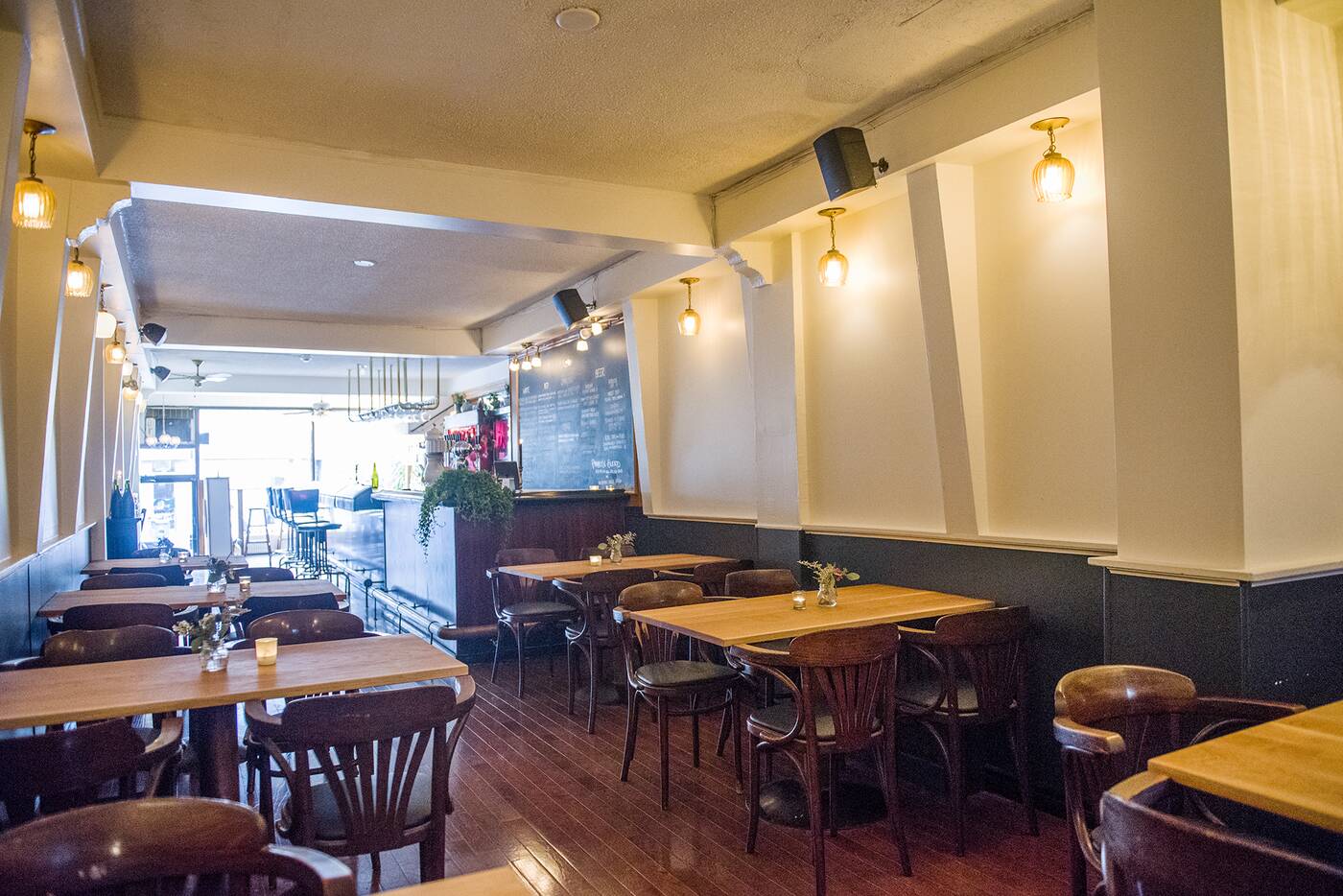 Dave Everitt (who co-owns the place with Christian Davis) is the head brewer at Burdock, explaining all the beer and bread connections (not to mention booze expertise). 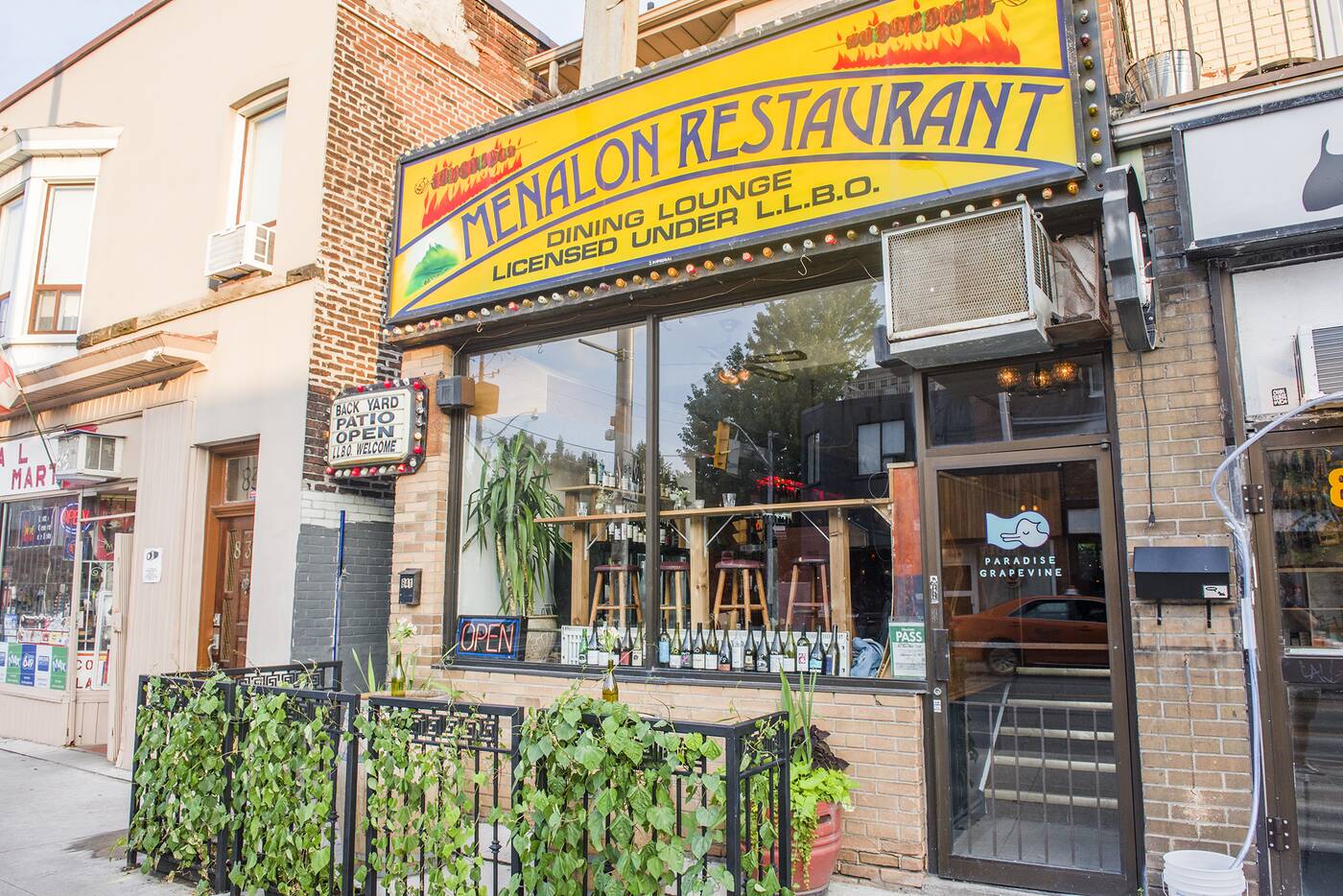