They’re giving the reverence associated with cool prohibition-era-style faux speakeasy cocktails like bold Manhattans and potent Old Fashioneds to drinks from what are known as the dark ages of mixology, bringing them into the light of the 21st century. 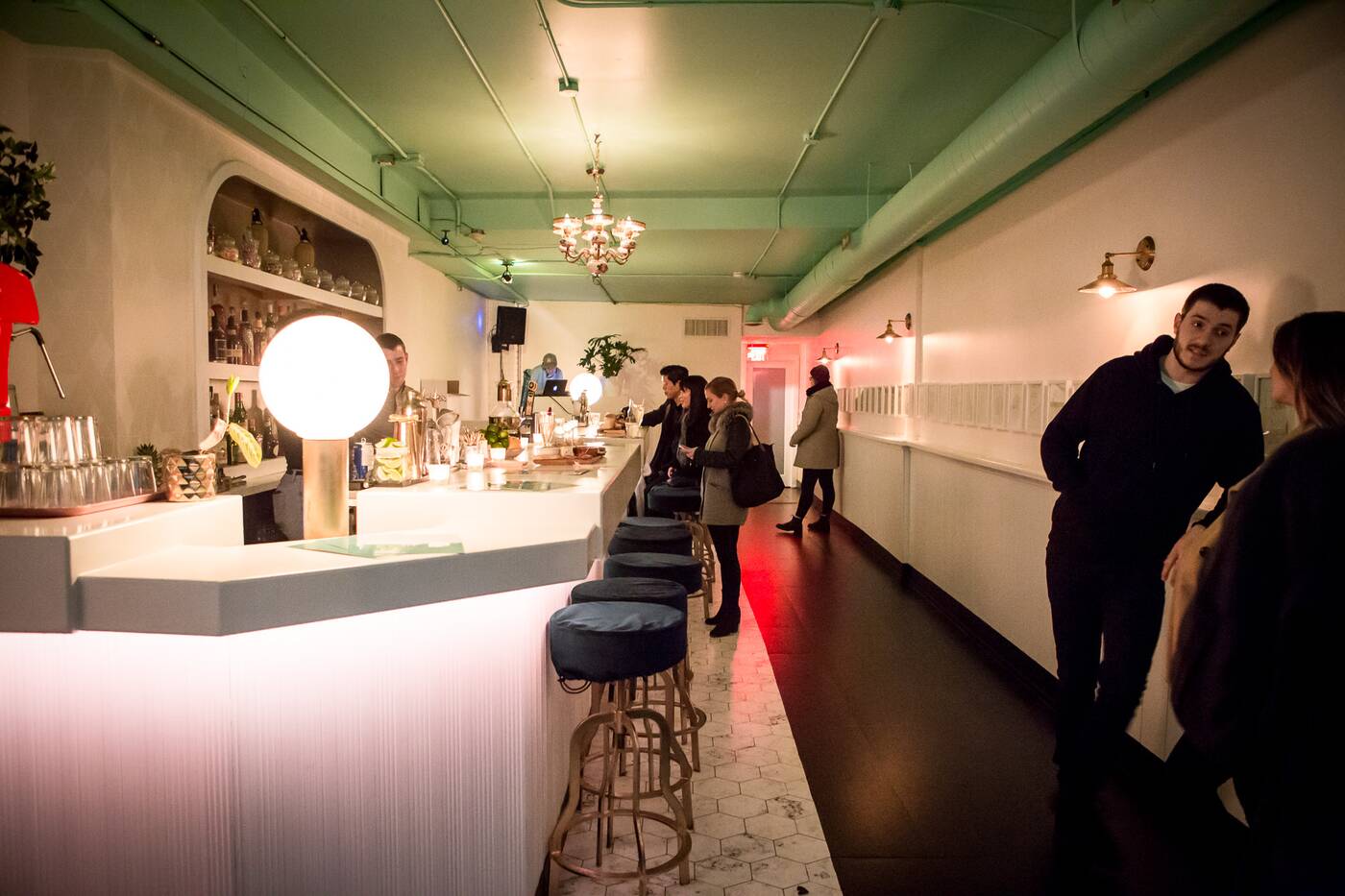 This is exemplified by ultra-stylish decor, which gives a nod to seventies and eighties theming without overdoing it or being too gimmicky.

This most means lots of pastels and neons, rounded edges, and vintage glassware. It’s quite the transformation from The Well, which had more of that dim prohibition look. 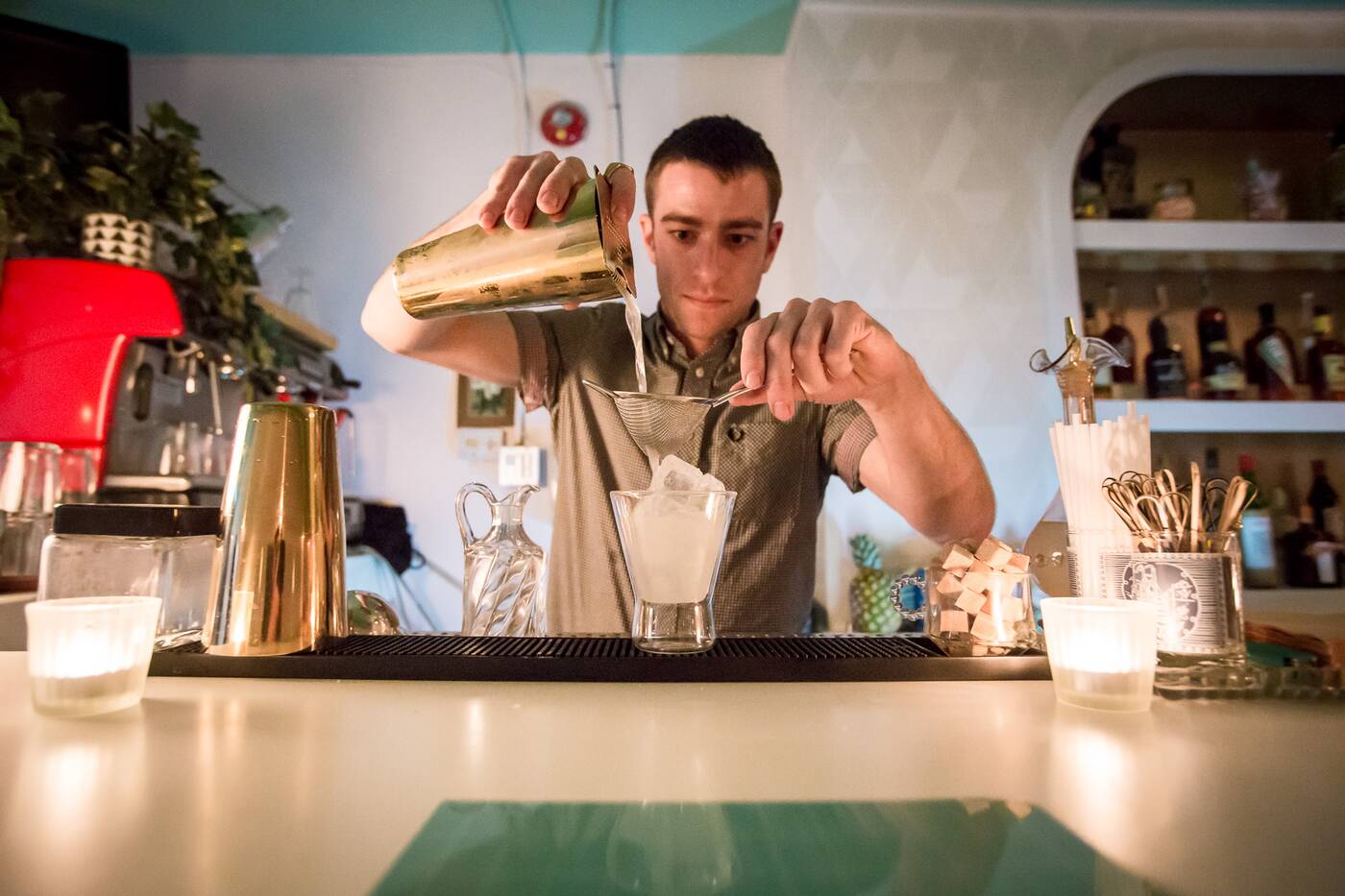 It’s owned by Jennifer Langen and Brett Watterton, from events and bartending backgrounds respectively. Watterton mixes us up a pisco punch from the $13 “coolers” portion of the menu. 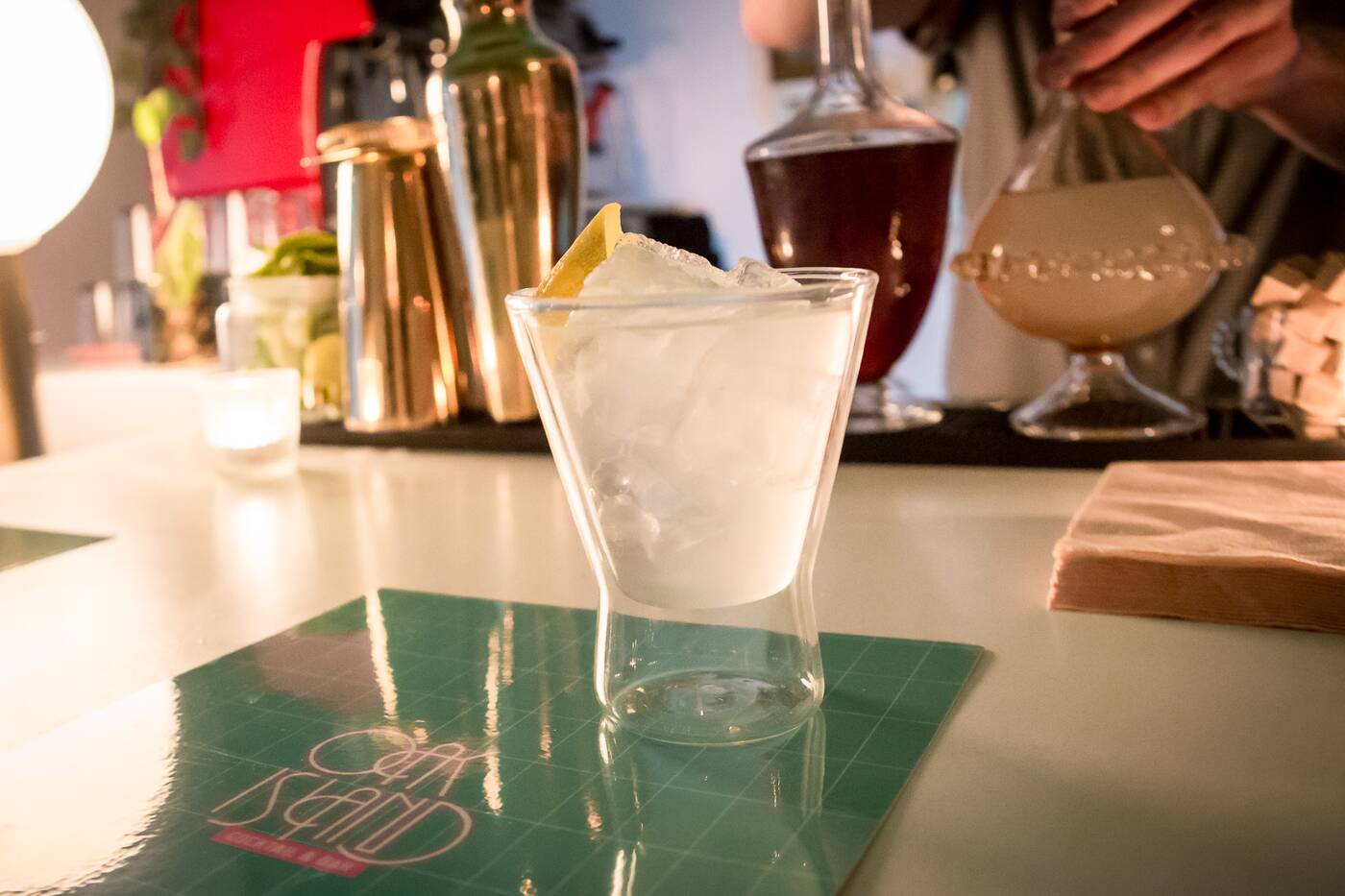 It’s made simply with pisco, pineapple gomme (a sweet syrup) and citrus, and mostly tastes tart with hints of brandy, grapefruit and pineapple. 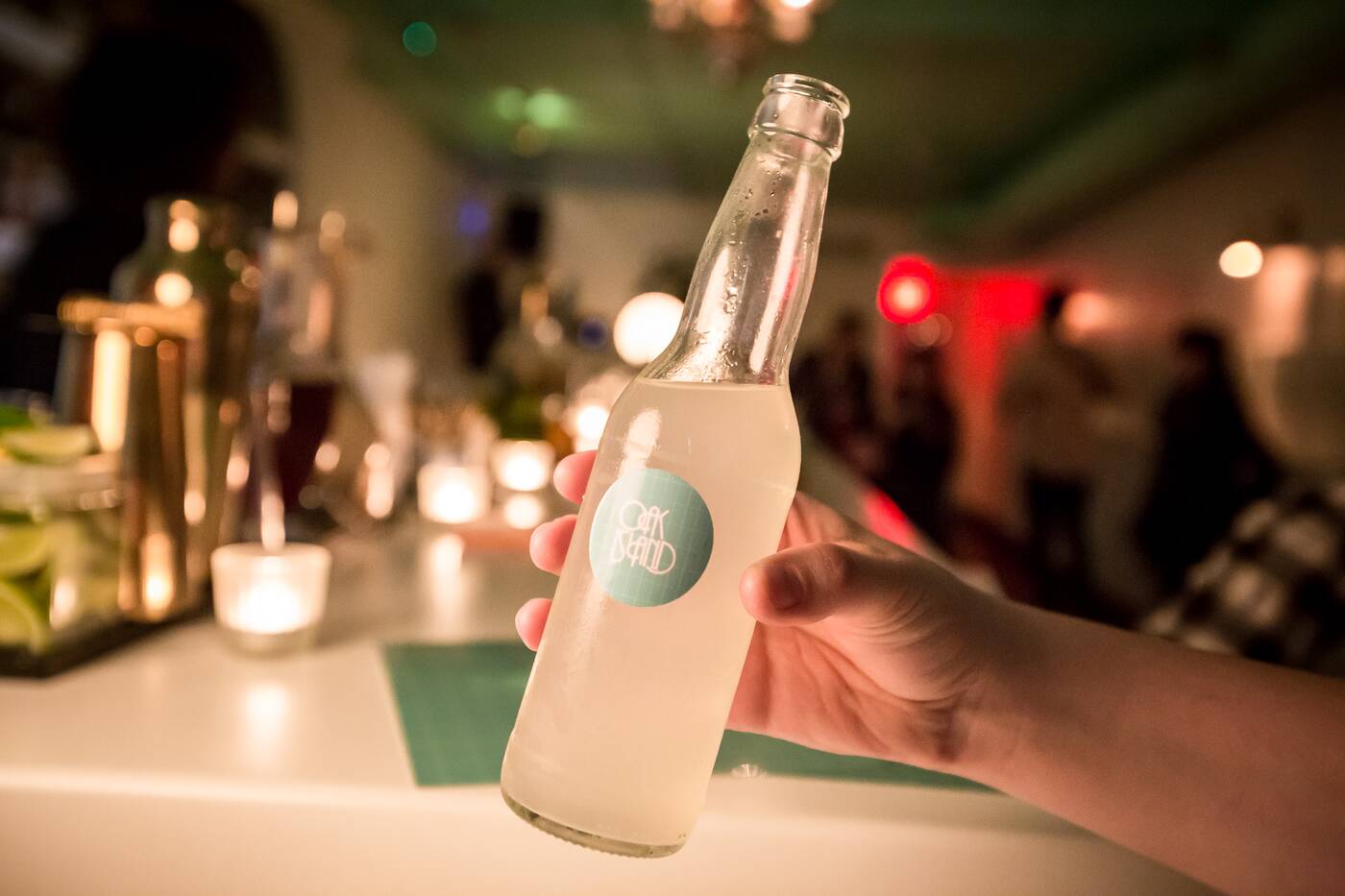 A bottled cooler that really pays homage to those horribly sweet cheap wine coolers is the Snake Oil, tasting strongly of smoky tequila with a tart edge of house cordial, mixed with mezcal, Lillet Blanc, curacao, absinthe and Boker’s bitters. 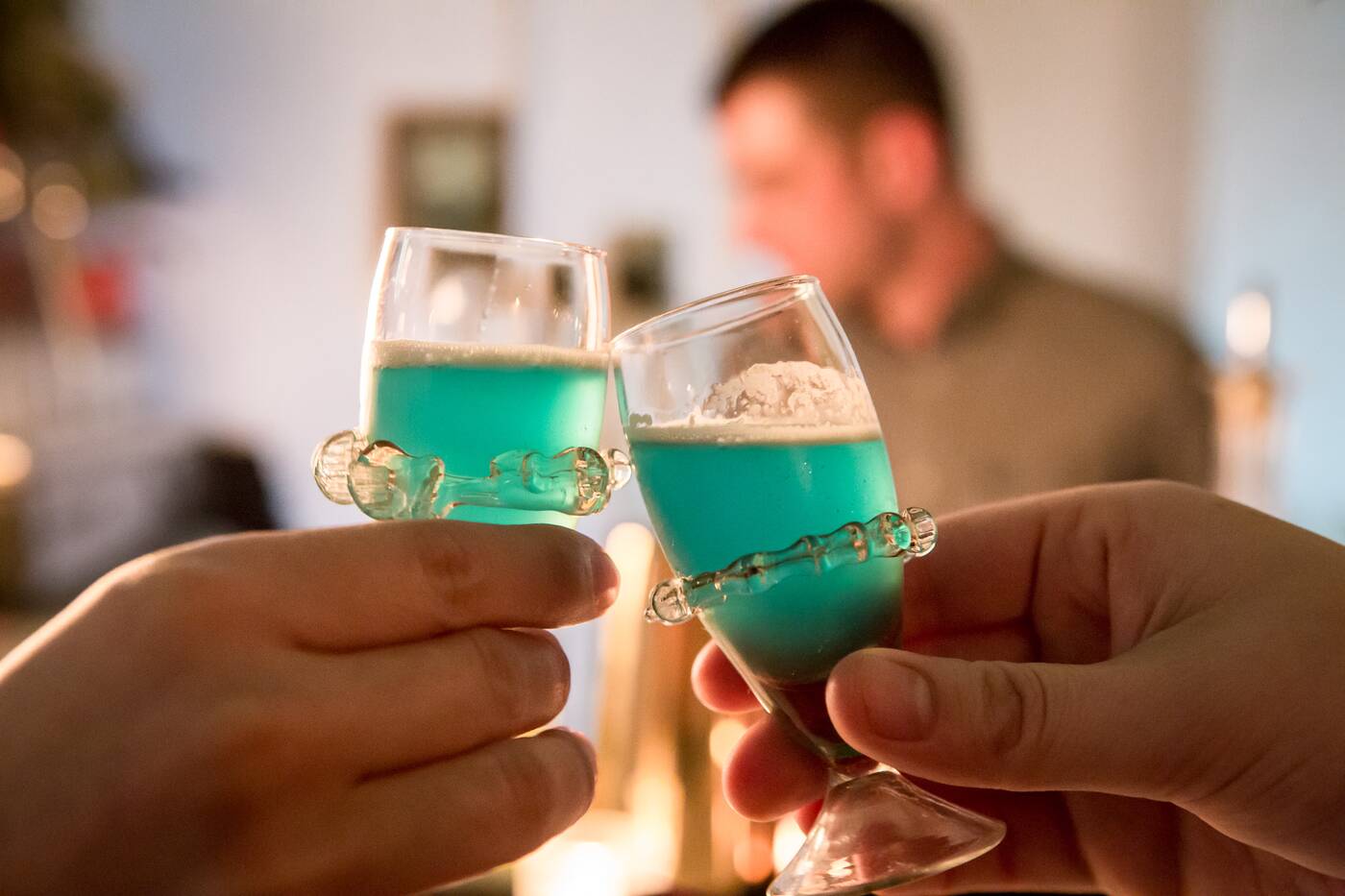 Shooters ($7) offer that recognizable sickly colour, like the Kamikaze. This simple mix of vodka, house cordial, and house blue curacao made using cointreau and blue food colouring goes down easy while still delivering a little sour kick and will have you ready to go dancing in some platforms. 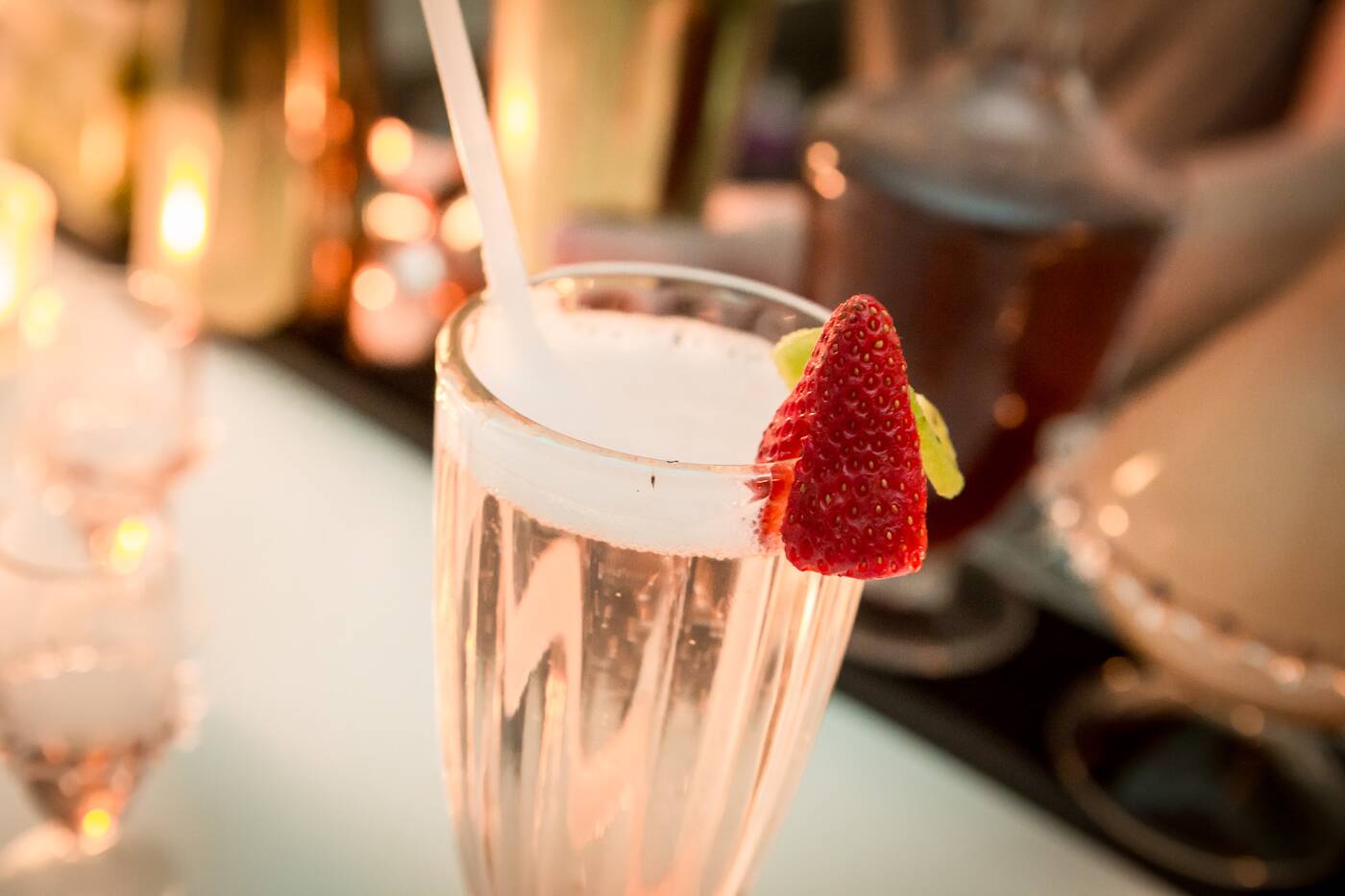 Unique non-alcoholic sodas ($5) are on offer here, though there is a suggested alcohol to be mixed with each should you want to spice it up. The strawberry kiwi brings me back to my Fruitopia days with its syrupy sweet fruity flavours. 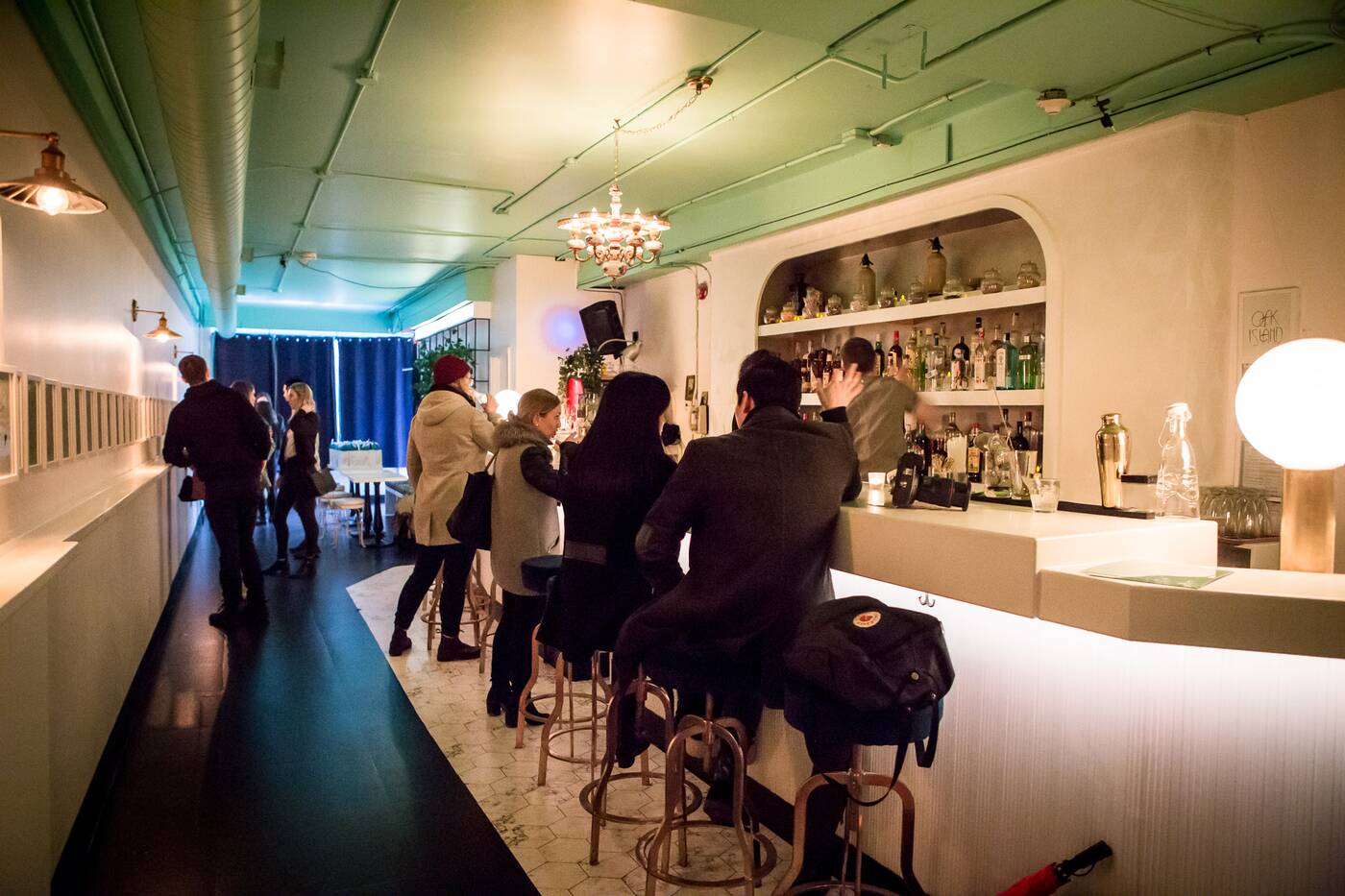 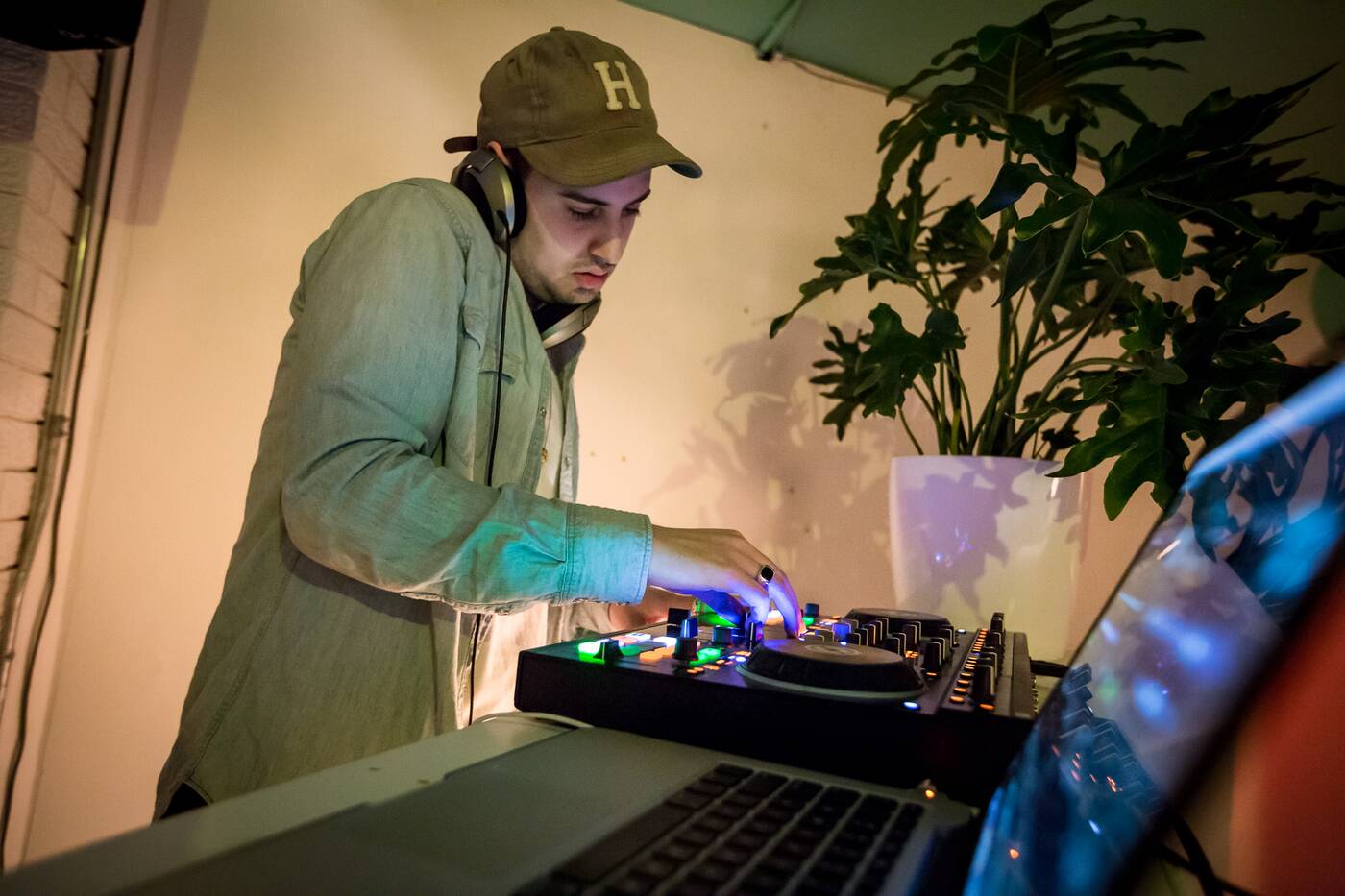 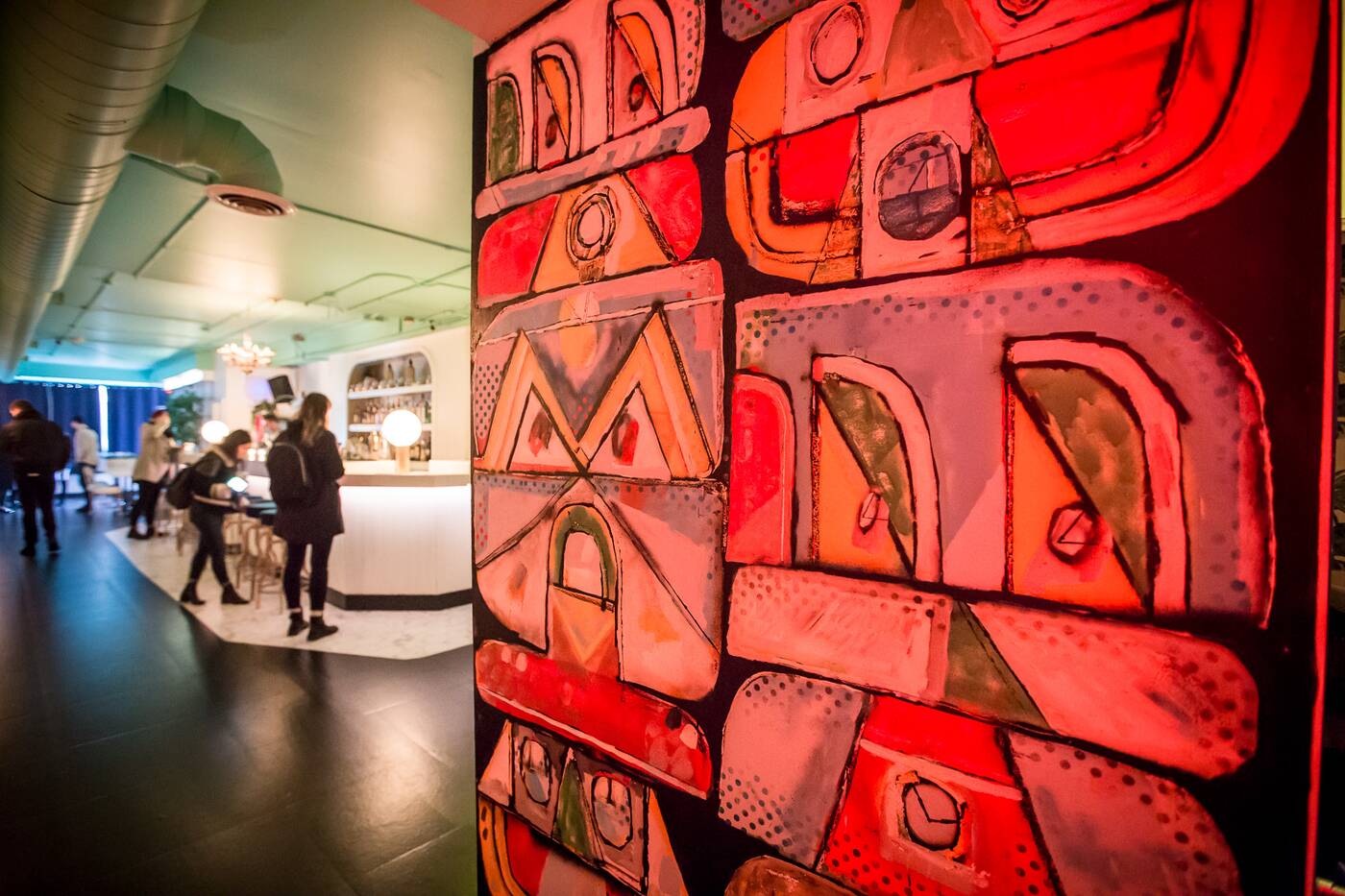 They’re really bringing in local creators to give their space an edge, and make it a community hub on Ossington. While I was there art by local Justin Broadbent lined the wall, and a mural by James Kirkpatrick can be found near the back. 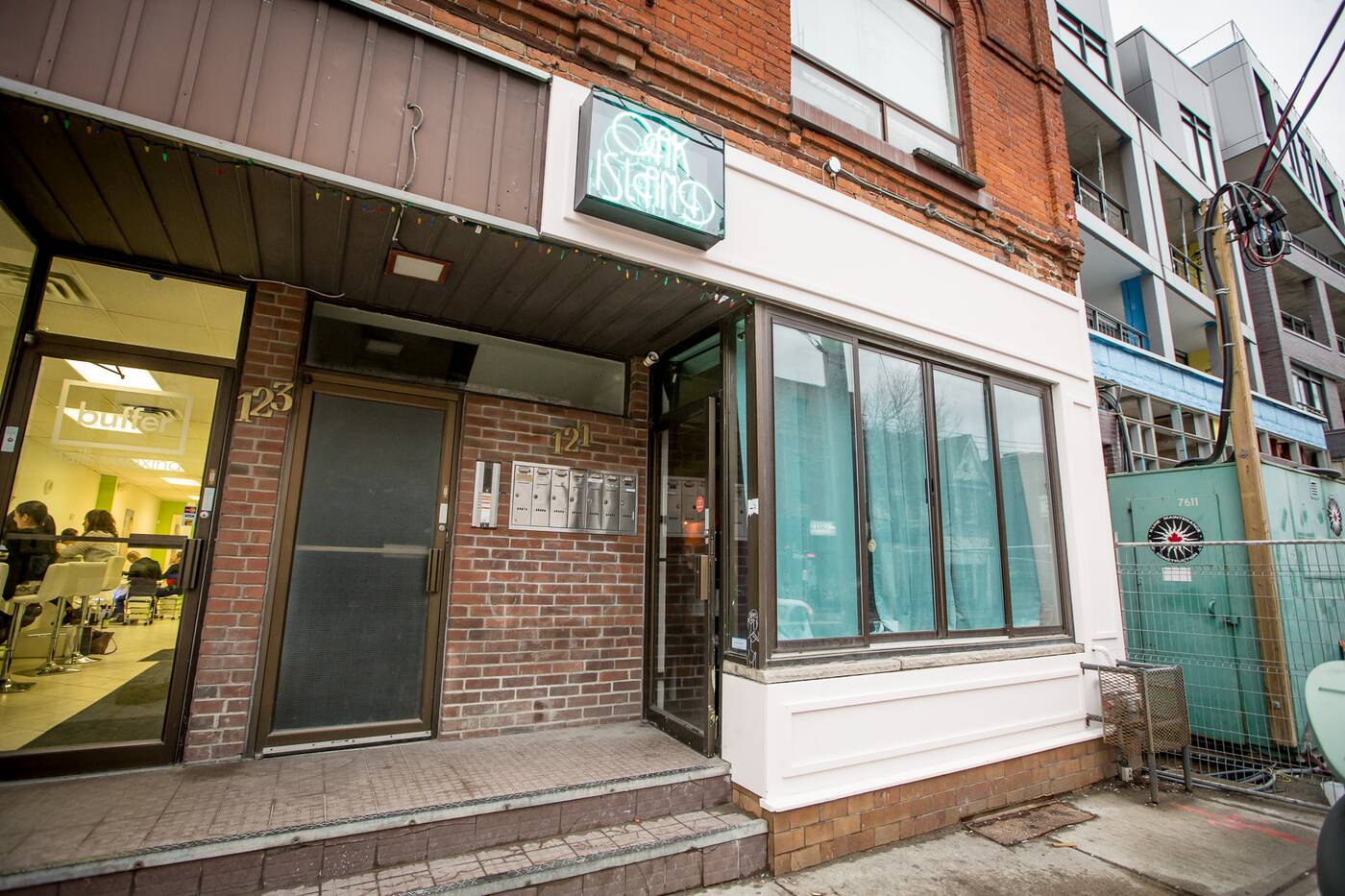