Middle8 is an underground bar serving boozy night caps and charcuterie on a private back patio.

Andrew Carter of next-door Oxley and British mainstay Queen and Beaver has turned the old Amber space from a Miami-inspired nightclub into a stripped down space for live music and "the gentry of Yorkville."

According to Carter, the patrons he's expecting are an after-work crowd comprised of "travelled and successful people."

If you don't fall under that category, you're not really supposed to know about Middle8, which is pretty on-brand for Toronto's bougiest enclave. 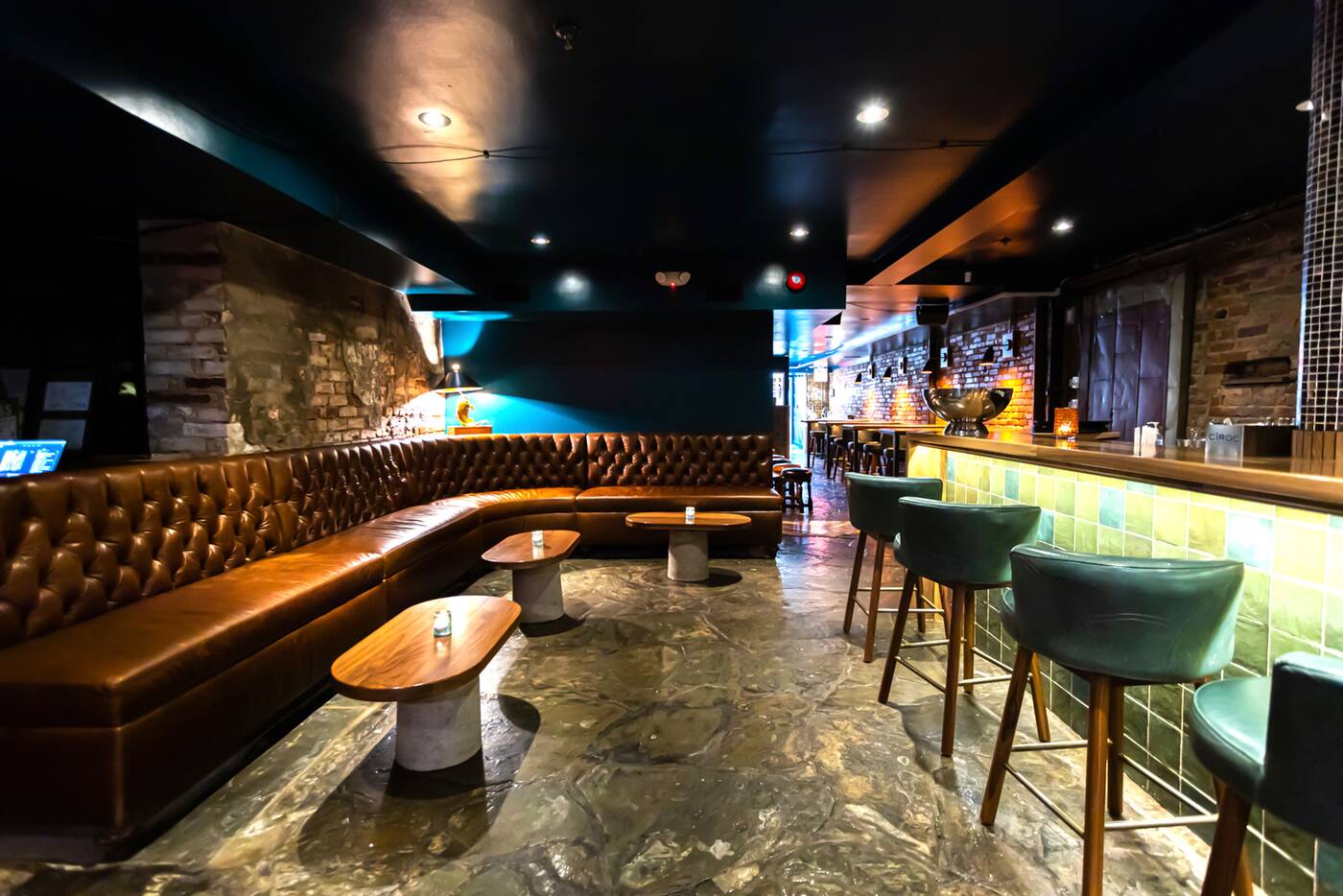 As someone who fits under neither designation of travelled nor successful, I've somehow circumvented the 'if you know, you know' rule to tell you that this place exists, now you know. 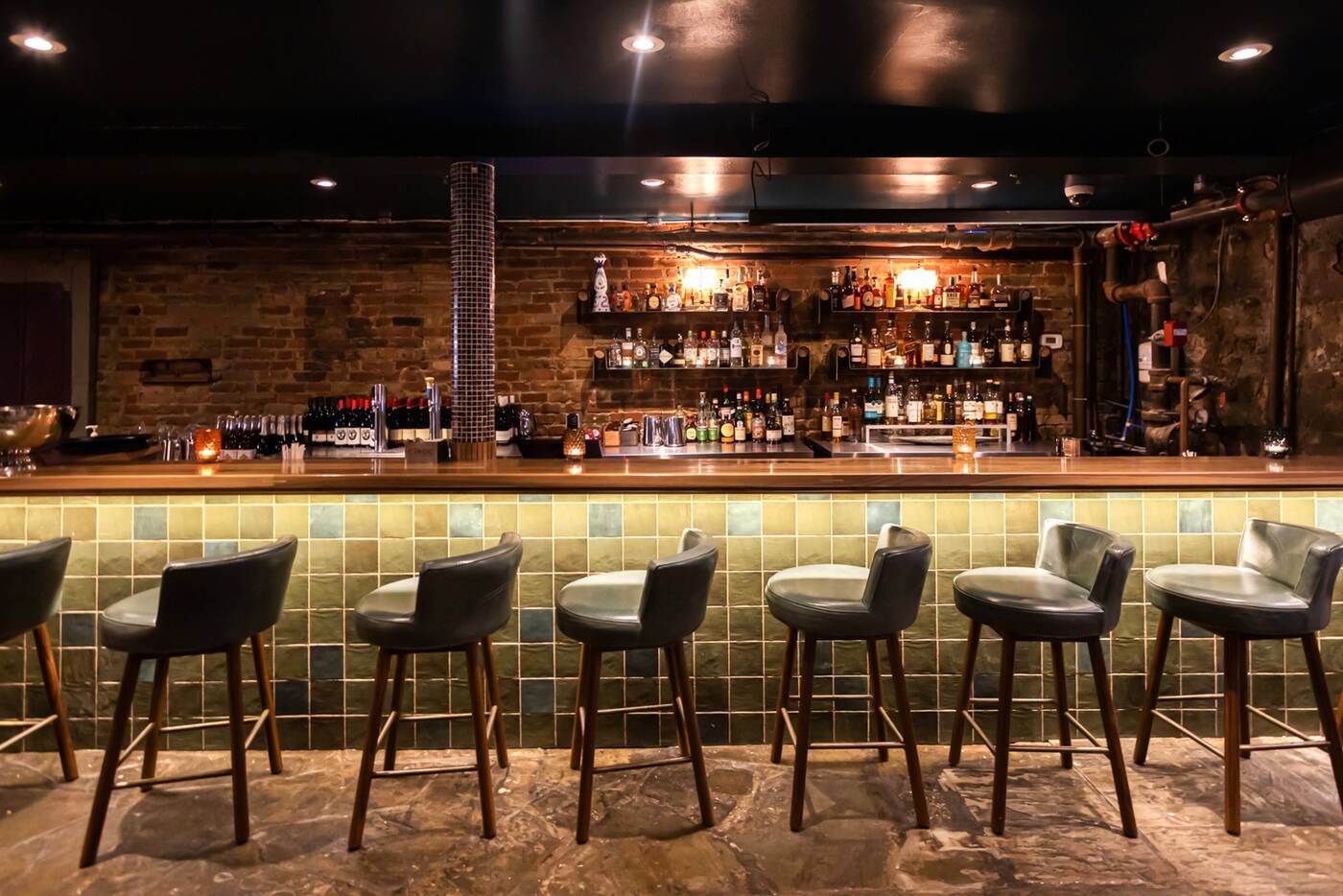 There's no restaurant sign, only a white awning over stairs that go down to an unmarked white door by Old York Lane.

It leads into a dimly-lit leathery cavern named after the British music term, middle eight, for a bridge in a song. 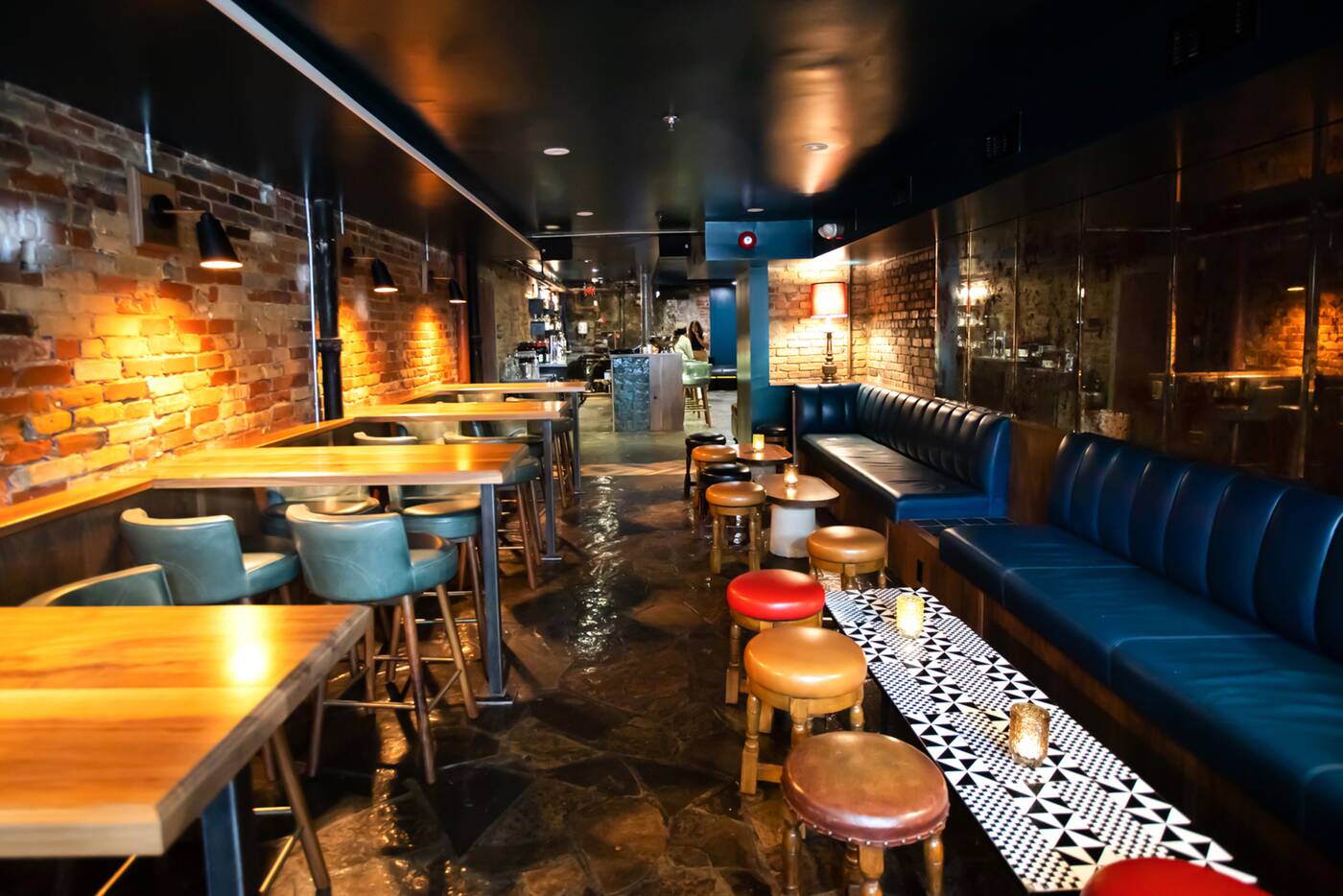 Carter says the restaurant is an ode to Yorkville's past as a music capital, where coffee houses and venues became the playground for experimental drug-users and music legends like Gordon Lightfoot and Joni Mitchell alike. 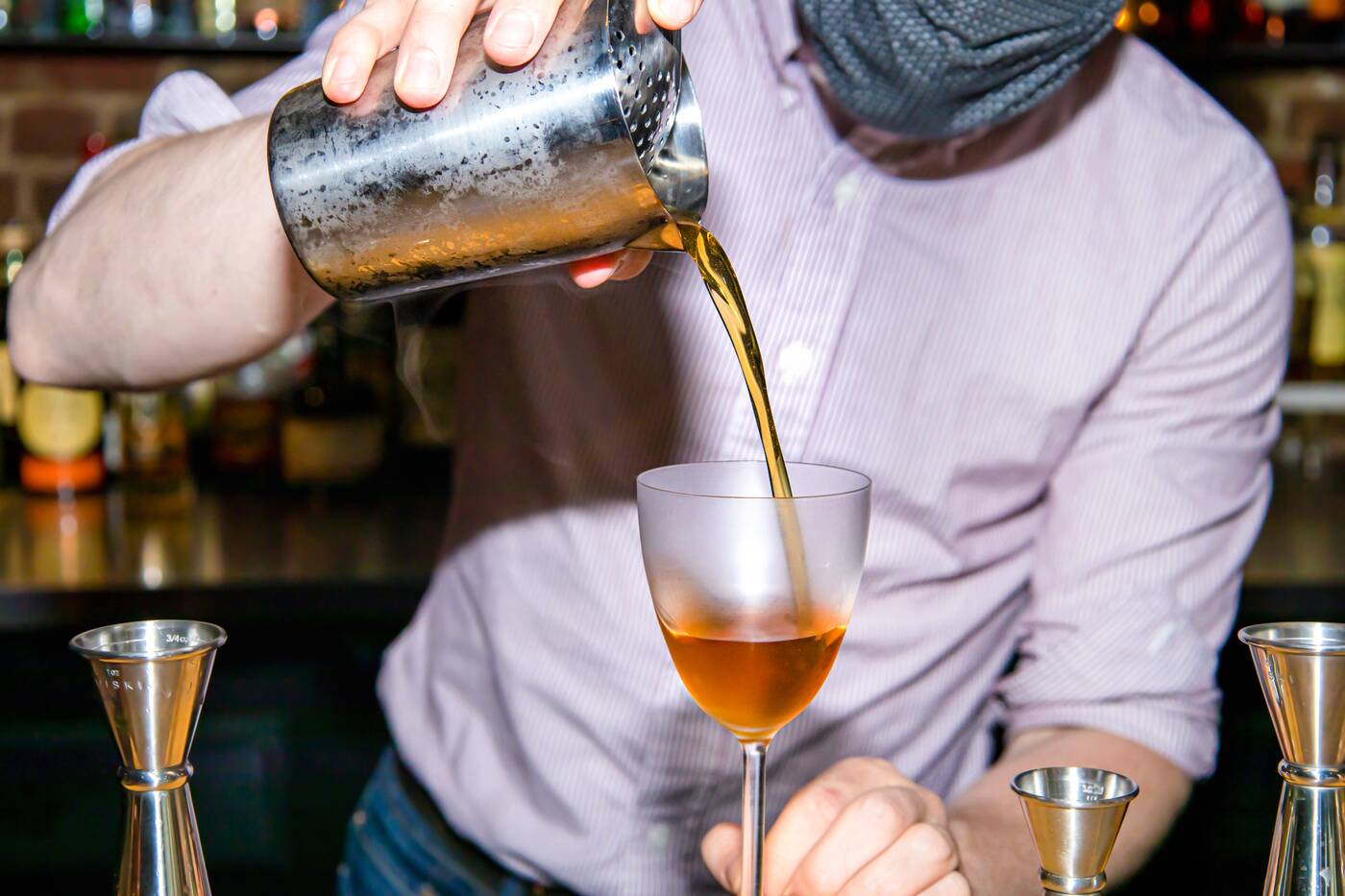 A cliquey speakeasy paying homage to the Yorkville of yore, once called Toronto's "festering sore" by a city MPP, is ironic.

But the promise of cocktails with at least 2.5 oz of alcohol by Aleks Russell at the bar and a wine list by Four Seasons' Julie Garton should lead you past any hang-ups and to a sunny back patio.

Middle8's private outdoor space sits flush against Oxley's, so that it nearly feels like the same establishment. 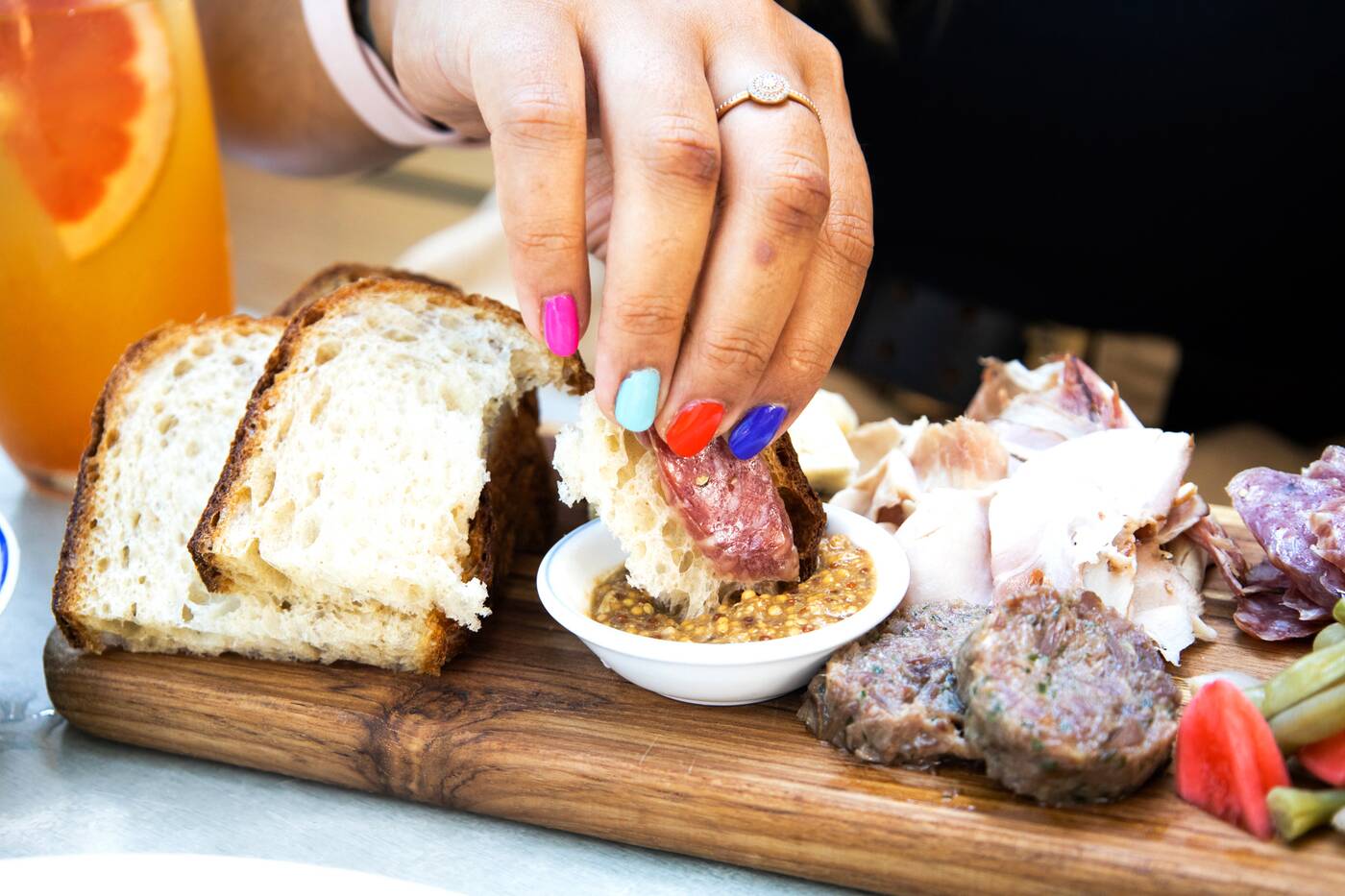 A menu from Chef Chris Wilkinson includes shareable eats: a house charcuterie board ($38) that comes with rotating local Canadian cheese. 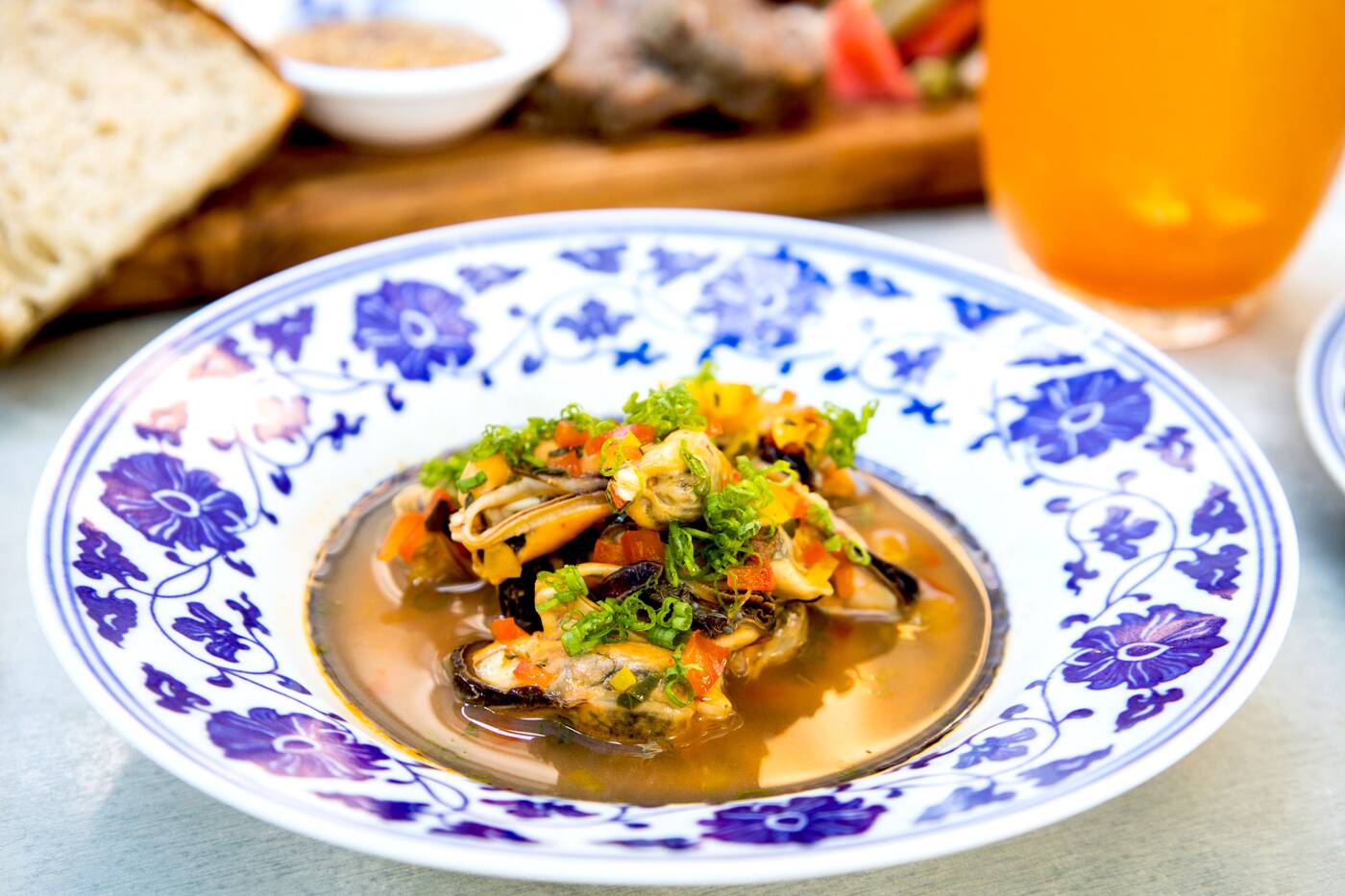 Escabeche mussels ($15) come with peppers, lemon, and sourdough toast made at Oxley's. 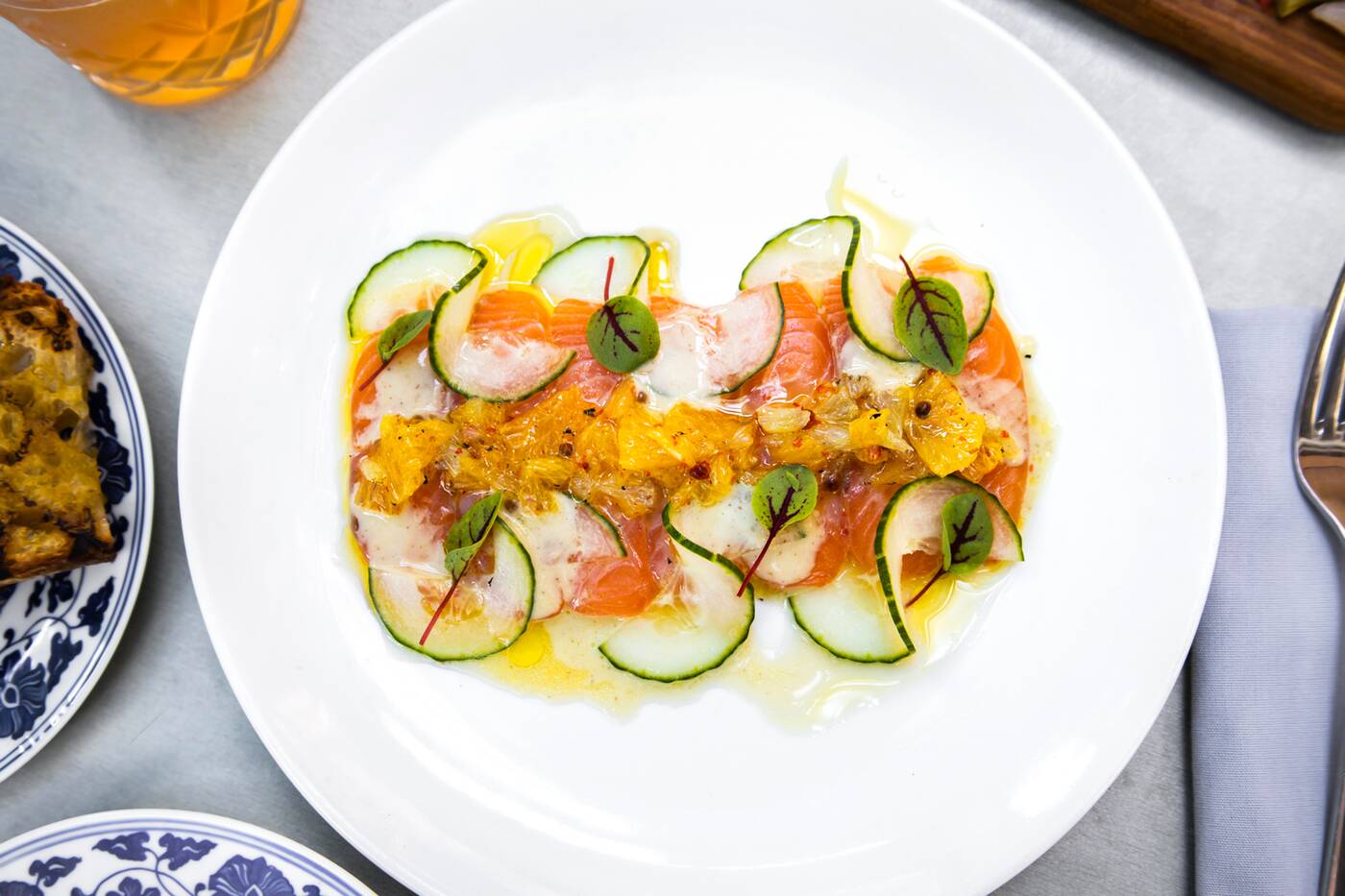 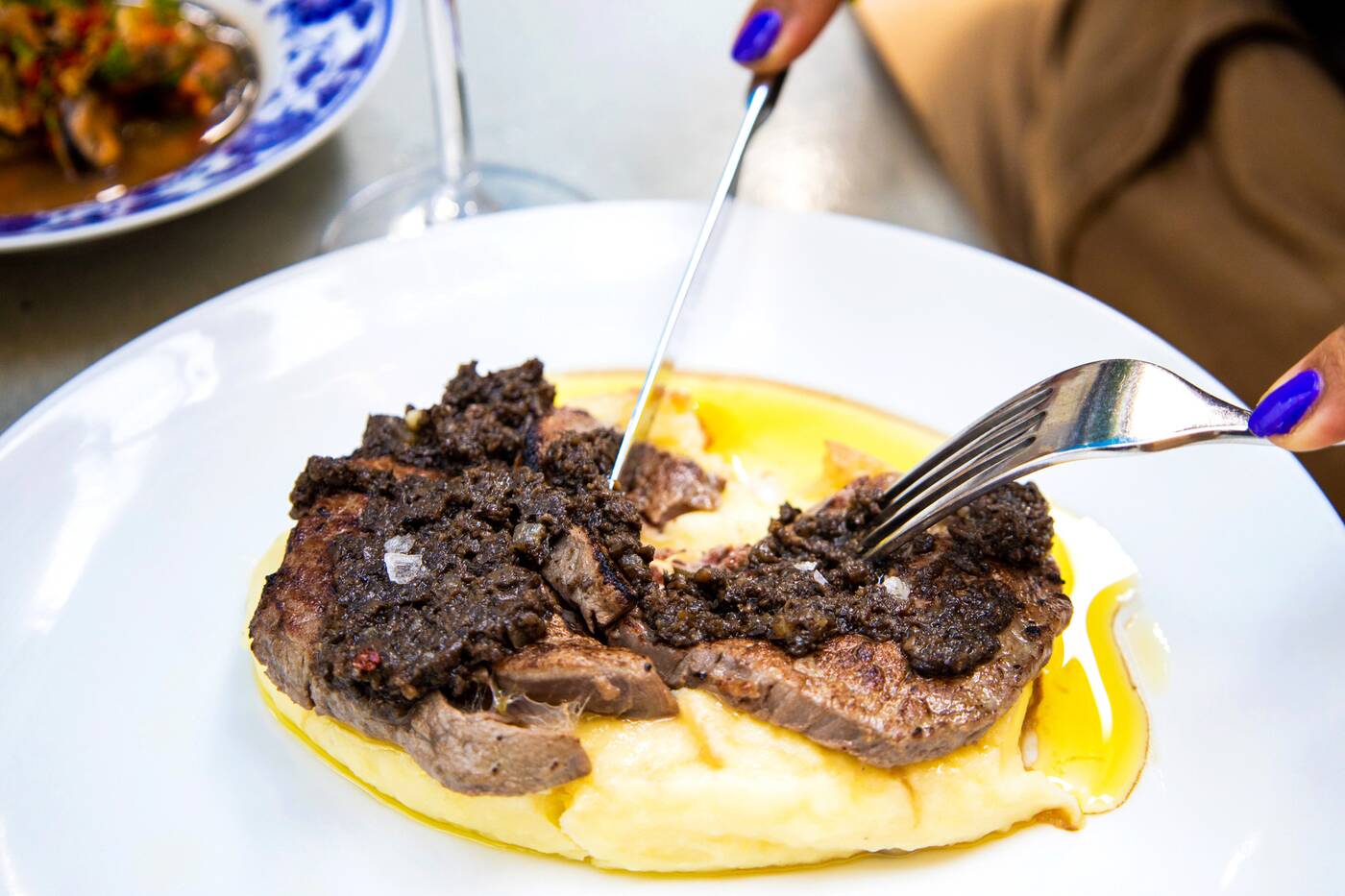 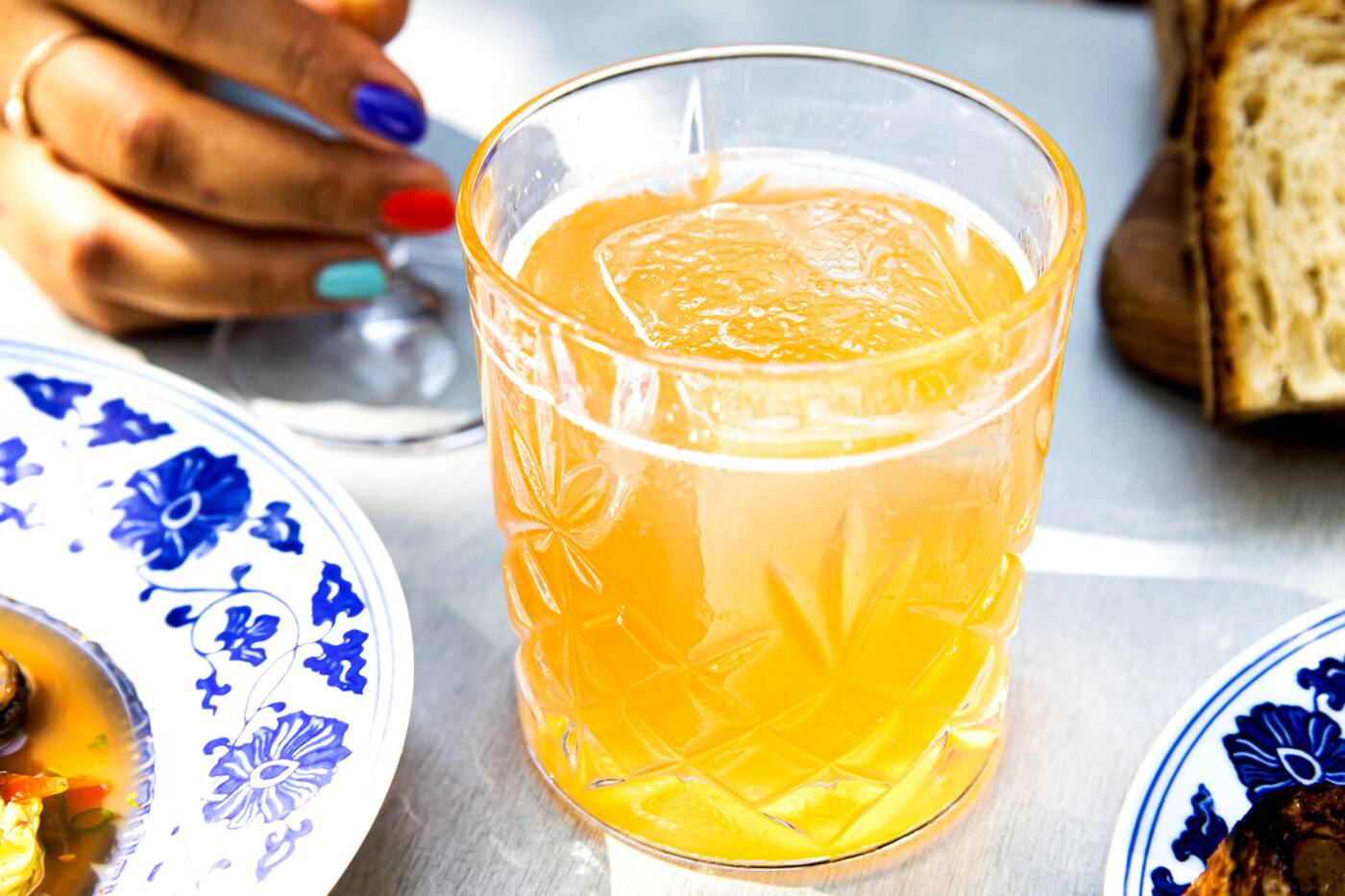 The cocktails shine here: the '67 Love-In ($18), named after the 4,000-person protest at Queen's Park to shut down traffic on Yorkville Avenue, comes with Martell VS, St-Germain, lemon juice and bitters. 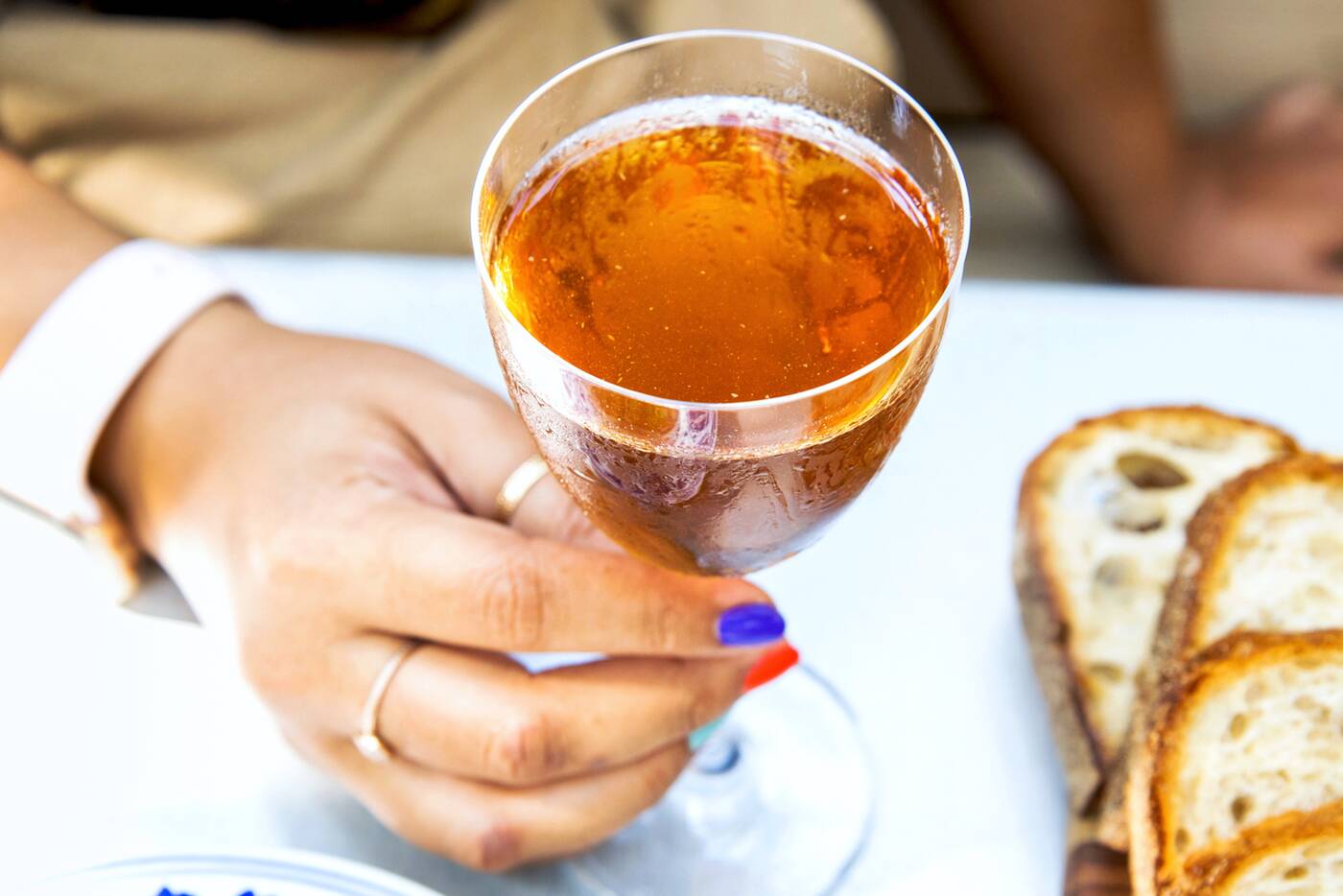 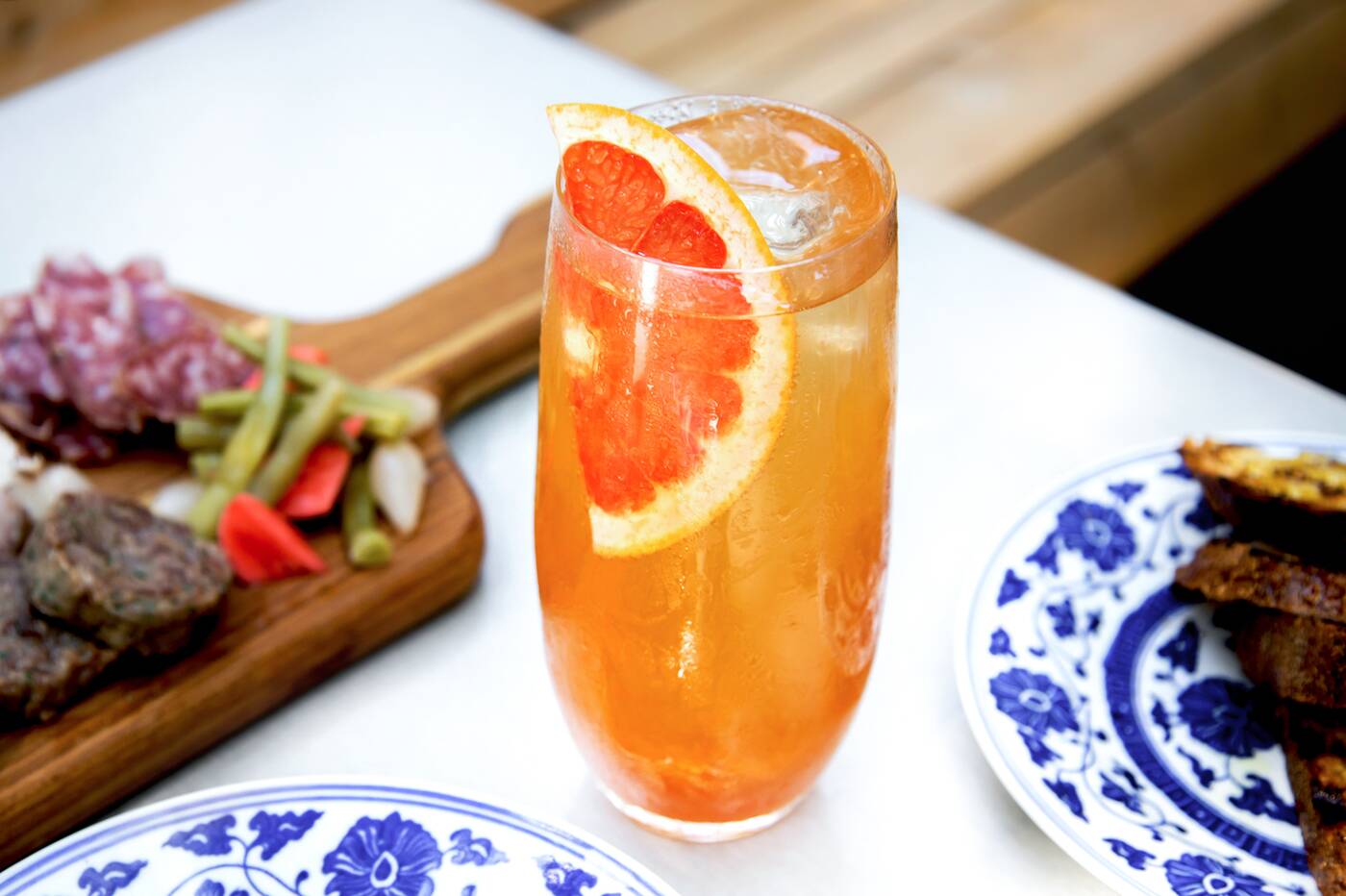 In A Mellow Tone ($17) is a rendition of an aperol spritz with single vineyard sherry, sweet vermouth, and refreshing grapefruit. 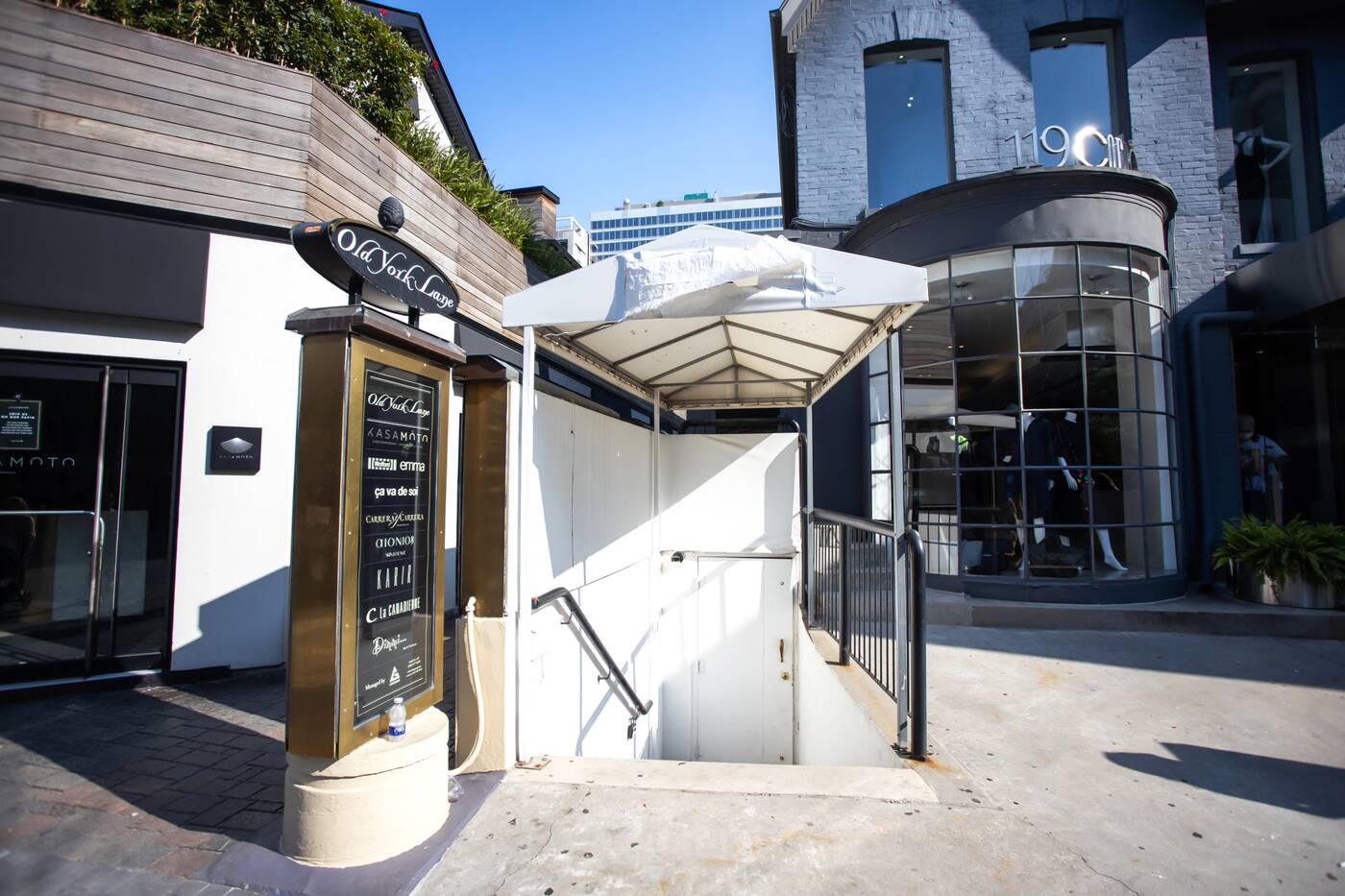