Dublin Calling is a party pub from the same people behind Rock 'n' Horse Saloon , The Porch , and Adelaide Hall . It features darts, DJs, and dancing.

As someone who is both ethnically Irish (thanks 23andme.com) as well as culturally Irish (thanks to my grandmother who forbade me from singing This Little Light of Mine after watching Sister Act because "it's a Protestant song"), I'm always excited to reunite with people who share my taste in food (potatoes), choice in drink (alcohol) and values (guilt). 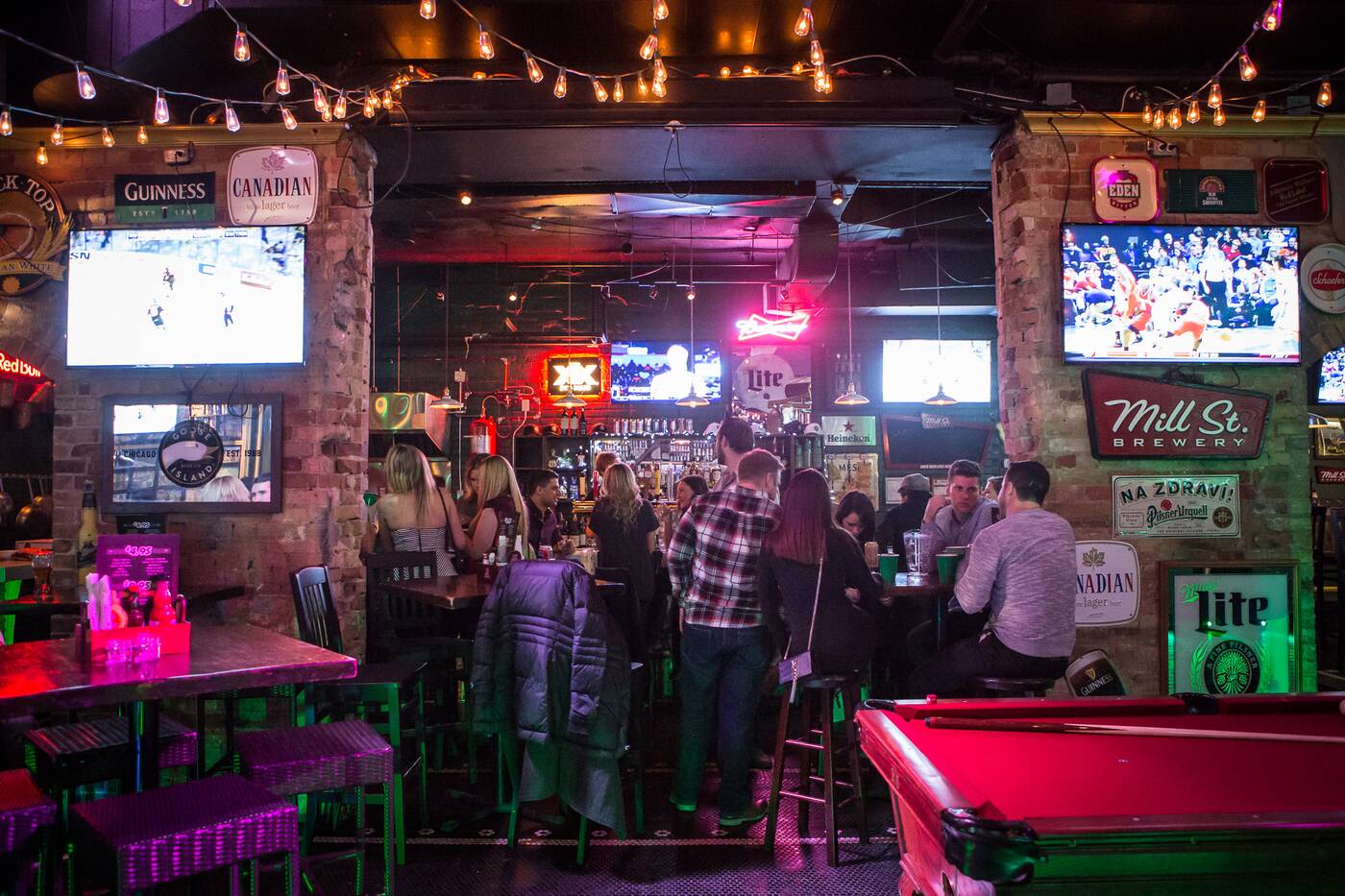 Dublin Calling is set up like a sports bar - there are TVs on most walls showing a sports game, and displays of beer cans accent the flatscreens. There are comfy booths, tables and chairs, a pool table, pinball and arcade games.

Later at night, staff strike some of the tables and part of the bar transforms into a dance floor. 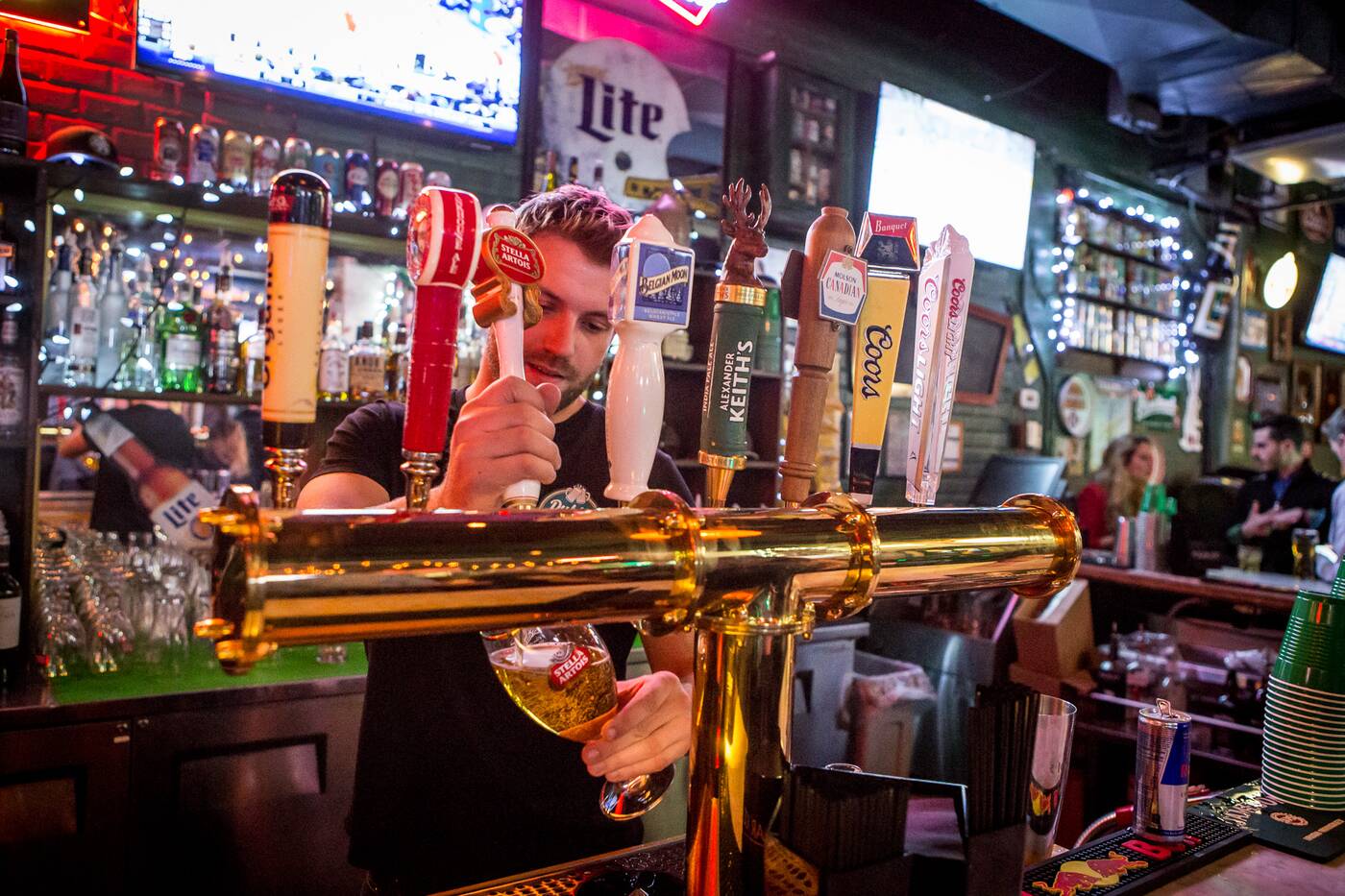 Drinkwise, Dublin Calling focuses mostly on beer. Their specialty is the Yard Ale, a beer glass of which the depth is one yard (or in Canadian, 0.914 meters, or in fratboy, just enough to get the party started). 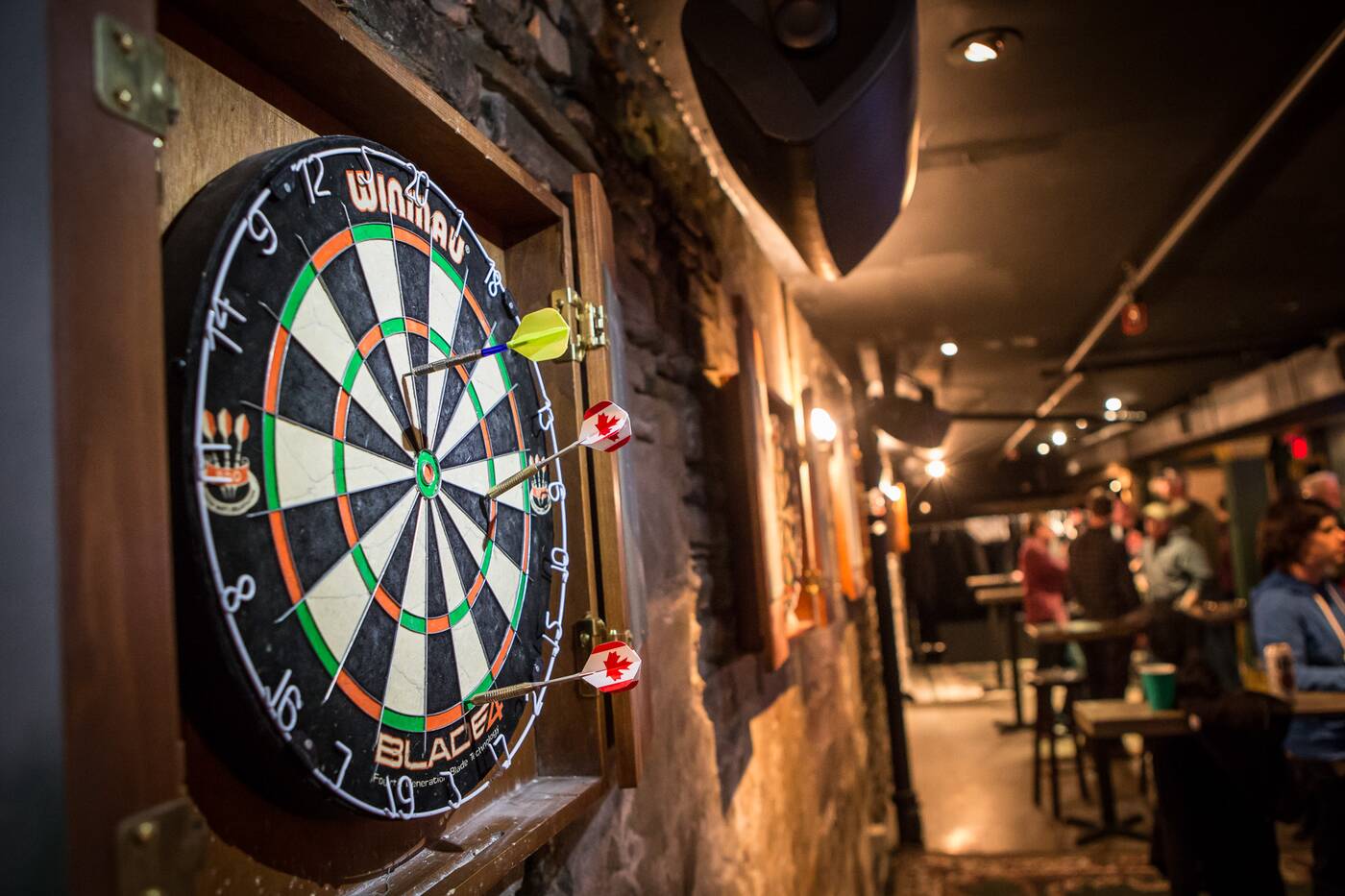 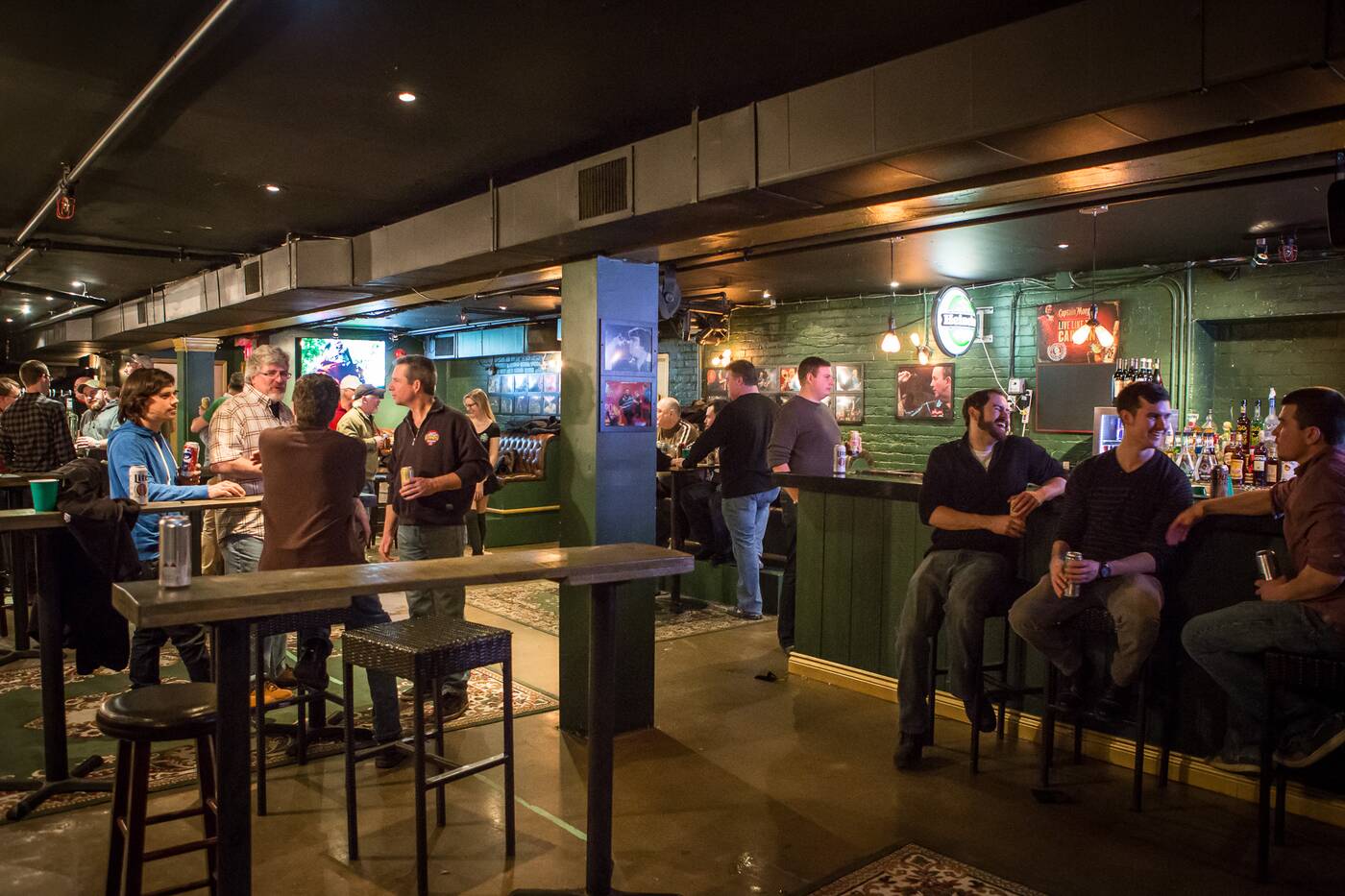 The Gin Fizz was good, sweet but not saccharine, and strong for the price. In addition to drinks, Dublin Calling also has a great snack menu, with smaller items like fries and salads around the $5 mark and more substantial eats, like wraps and wings, coming in around $10. 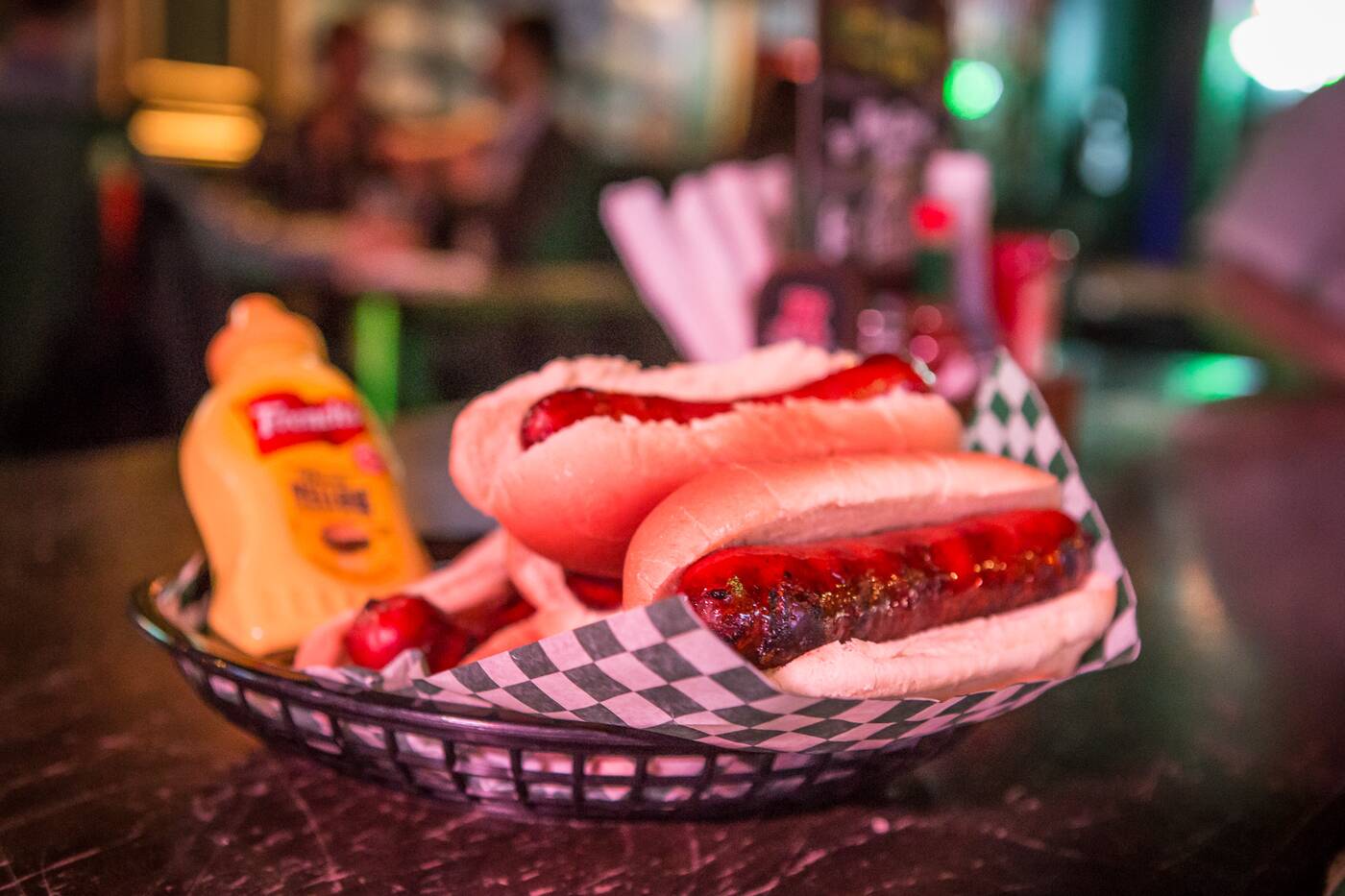 There are also occasional food events at Dublin Calling. I happened to attend one during a Friday special wherein free sausages were given out from 9 to 11 p.m.. 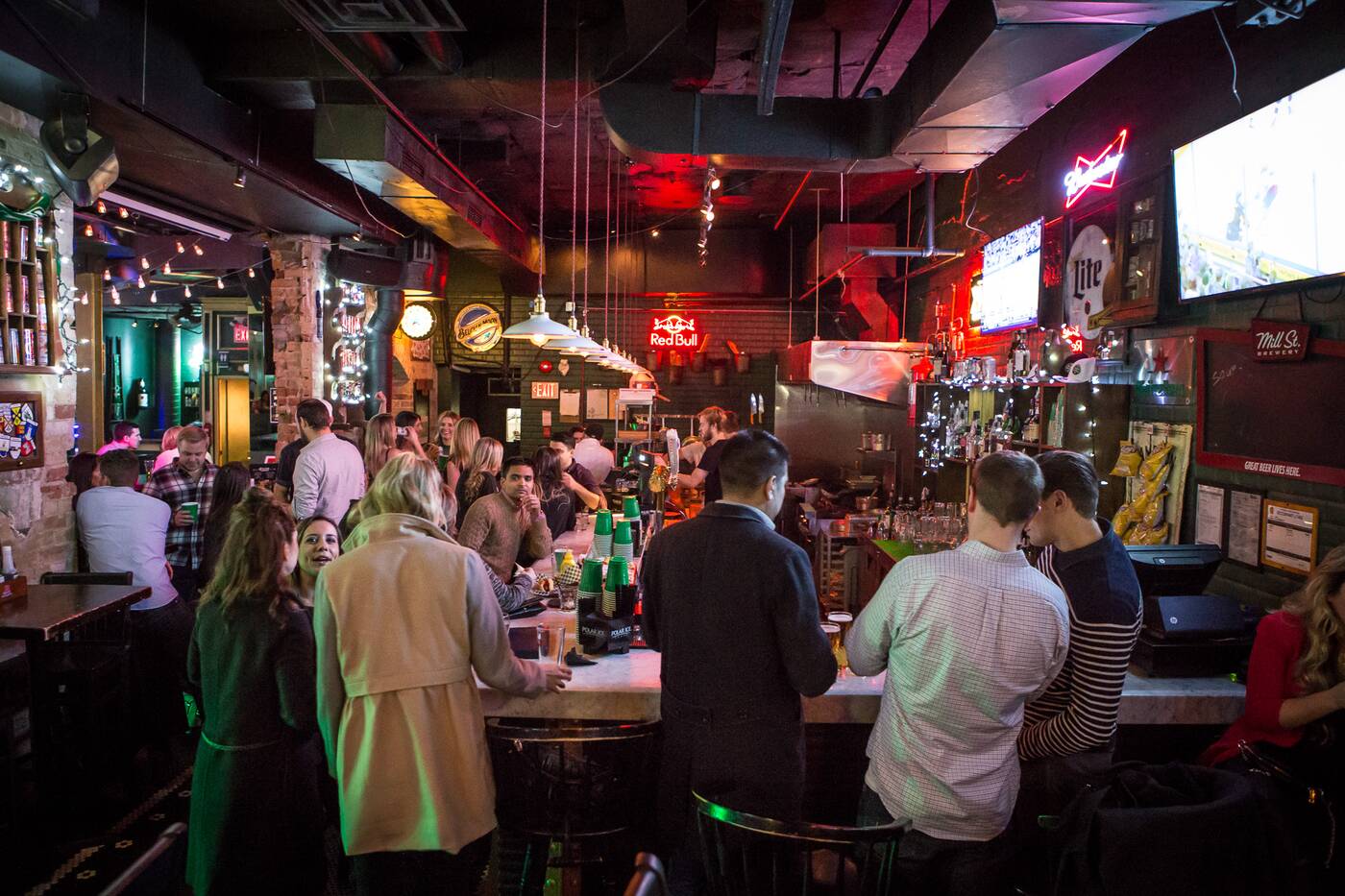 Having complimentary snacks at a bar isn't necessarily new or innovative, but the food was fun, delicious and perfectly suited towards what most people were drinking - definitely the first time I've been pleasantly surprised by a sausage party. 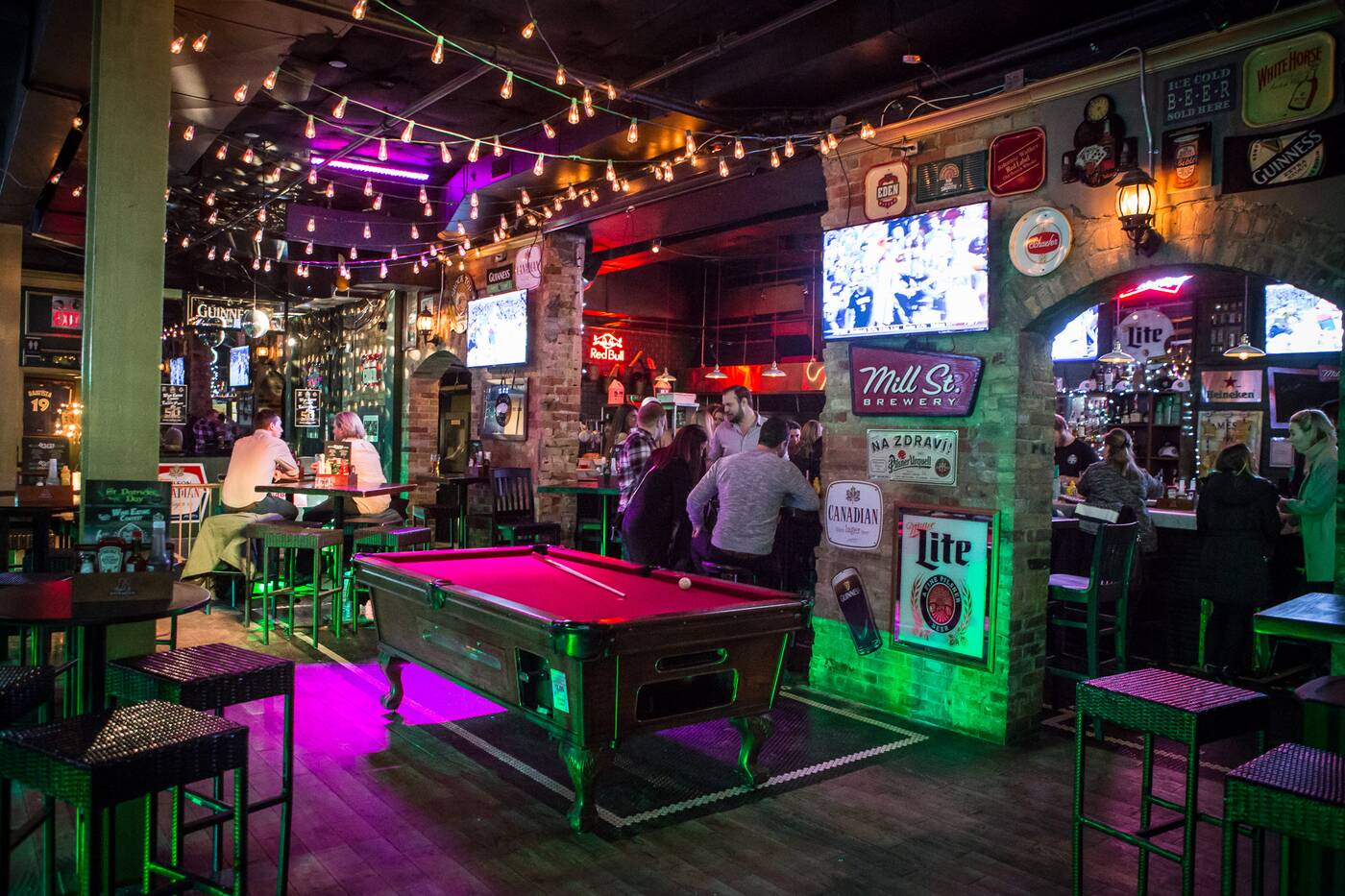