Danu Social House is a bar in Parkdale that prides itself on engaging with the community around it and providing a space for "gathering around good ideas."

It's rare to find a bar that encapsulates many aspects of the community, but this spot hidden on the Parkdale border gives the city that community and togetherness. 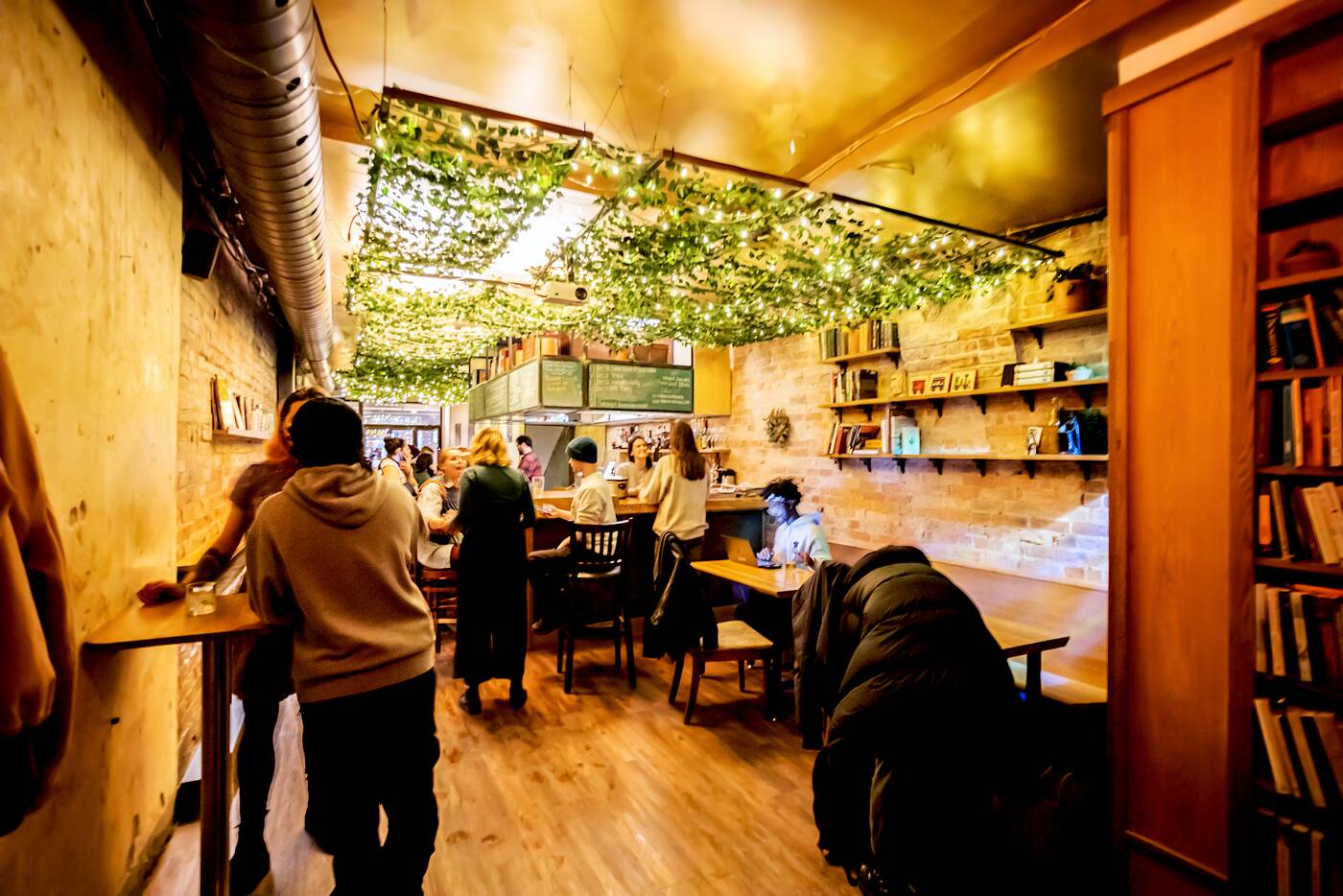 What began as a passion project by Joshua Zachariah and Micah Champagne, has grown into a second home for many patrons. Opened in July 2022, Danu breaks conventions of what's stereotypically considered a bar.

"I had so many ideas of what this place could become," said Zachariah. "We want it to be a place where people can come and meet new people and learn new things."

"I want you to come here with a friend and meet a bunch of new people," said Zachariah. "Building awareness was a challenge in the beginning, but people always came back." 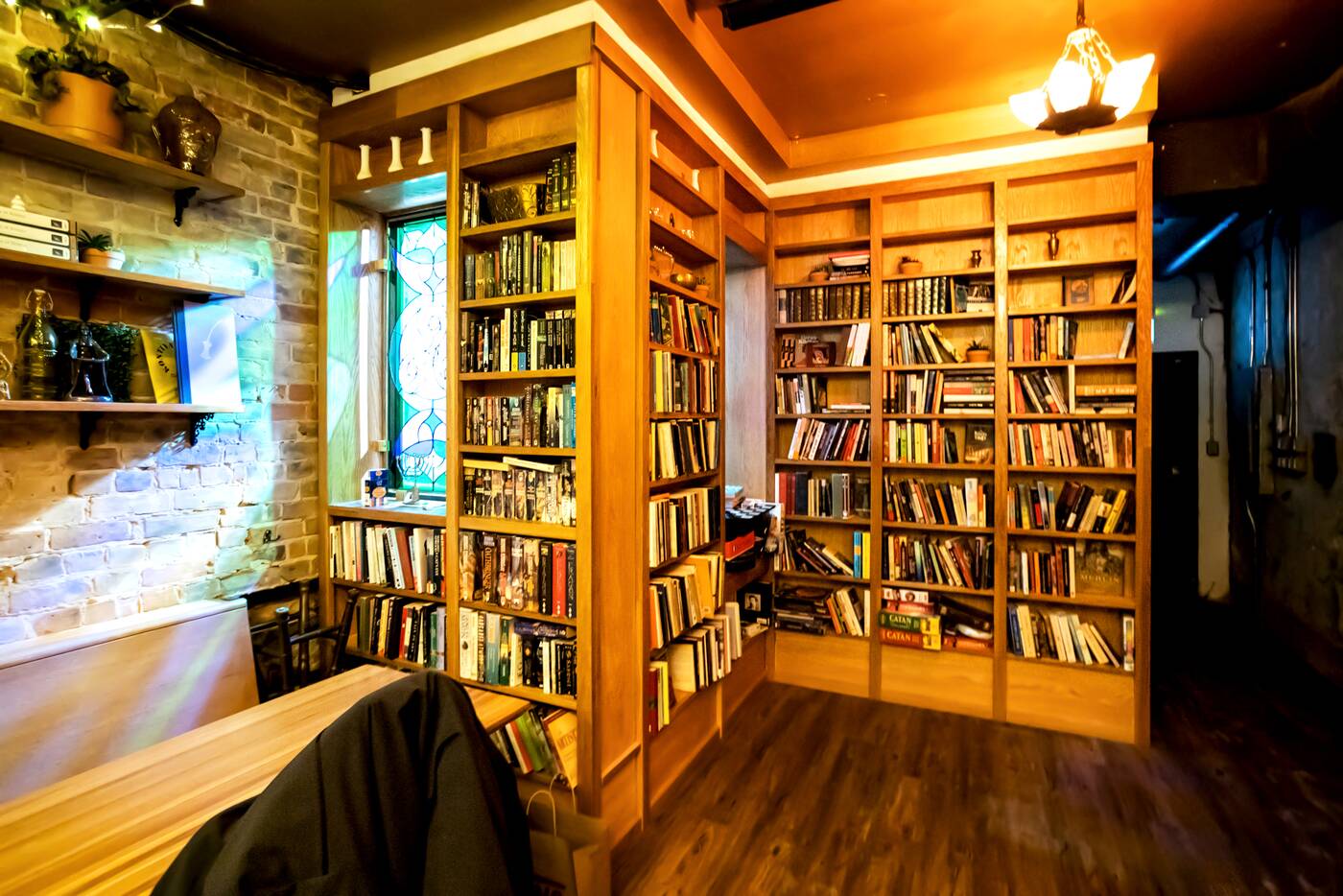 When Zachariah and Champagne first purchased the space, there were still remnants of Pretty Ugly, which closed in 2020. Instead of throwing the material to the curb, the duo decided to repurpose the leftover materials and furniture, spending four months renovating the space.

"As soon as we got this space, we assembled a bunch of builders and people we knew that had incredible craftsmanship," said Champagne.

The name of the bar itself holds a story. It's named after the Irish goddess Danu, Mother Goddess and a figure around flow and nature.

"What's fascinating about her is she's much older than [what we think], she appears in the first Veda in Hinduism... there's evidence of worship of her in the Middle East and Northern Africa," said Zachariah.

"I really loved the idea of an old figure who was about knowledge, creativity and some vast majority of humanity had a connection to." 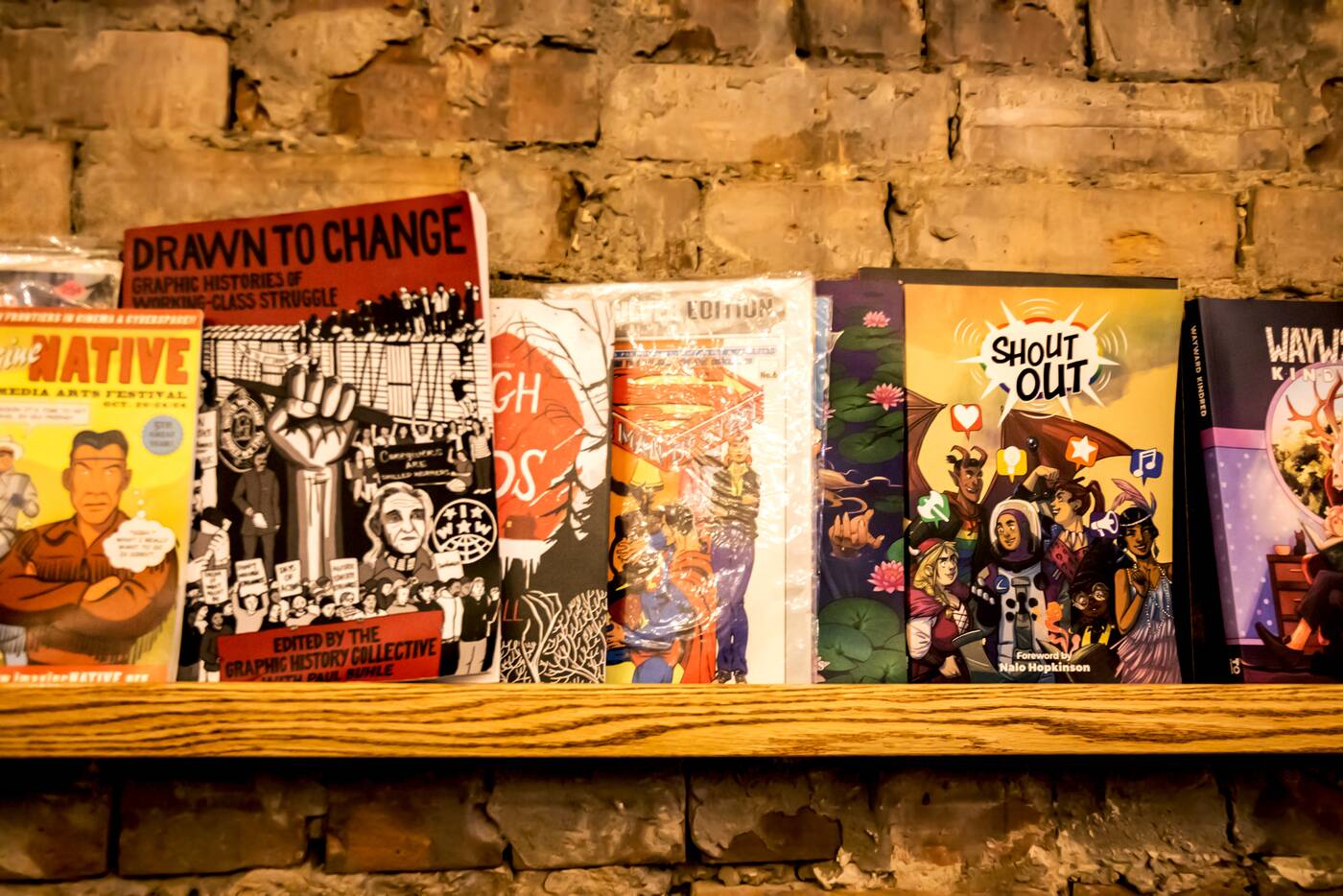 Danu's interior boasts a rustic wooden aesthetic that brings you into a space of warmth and comfort. In the midst of a harsh winter, this is the spot to sit in the warmth of yellow twinkling lights, with a cold pint of beer.

The original bar took up most of the backspace. The duo shortened it to create a conversational area.

"Every time I come in, I meet a new person," said Champagne. "It's shaped so that any person can talk to each other."

At the far end, sits their wall of books, where patrons are welcome to read or donate a book to the shelves. The stained glass windows share the image of Danu was designed and created by a friend. 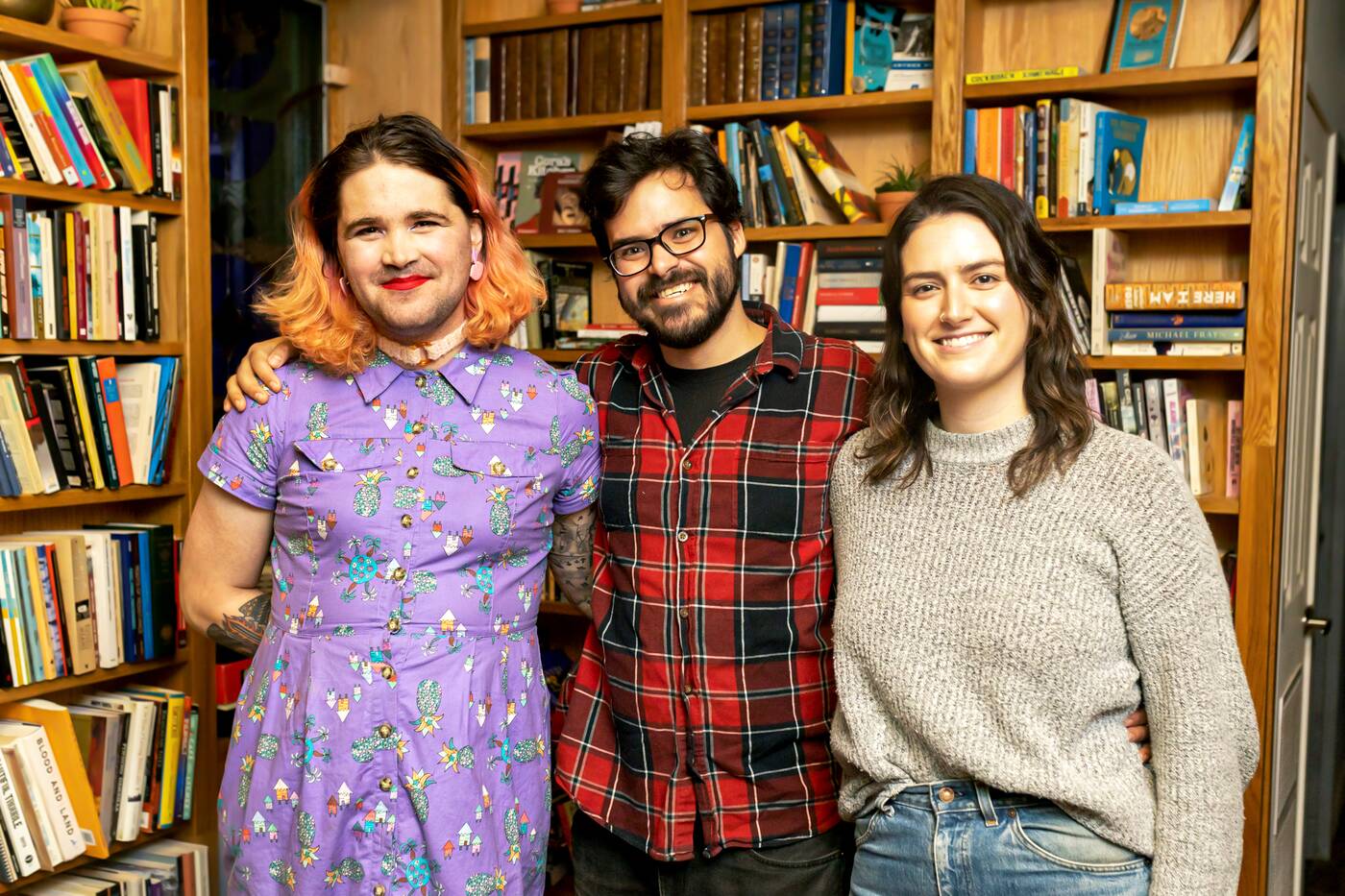 Behind the bar stands Shannon Margaret Lucas, one of the resident bartenders who works alongside the duo to create new concepts for house cocktails. Lucas is an integral part of Danu, and helps to bring their ideas to life.

"It's been good to play around and do different spins on traditional drinks," said Lucas. "When we first opened and were selecting our beer list, I was adamant we have Labatt 50, and it's been the most popular." 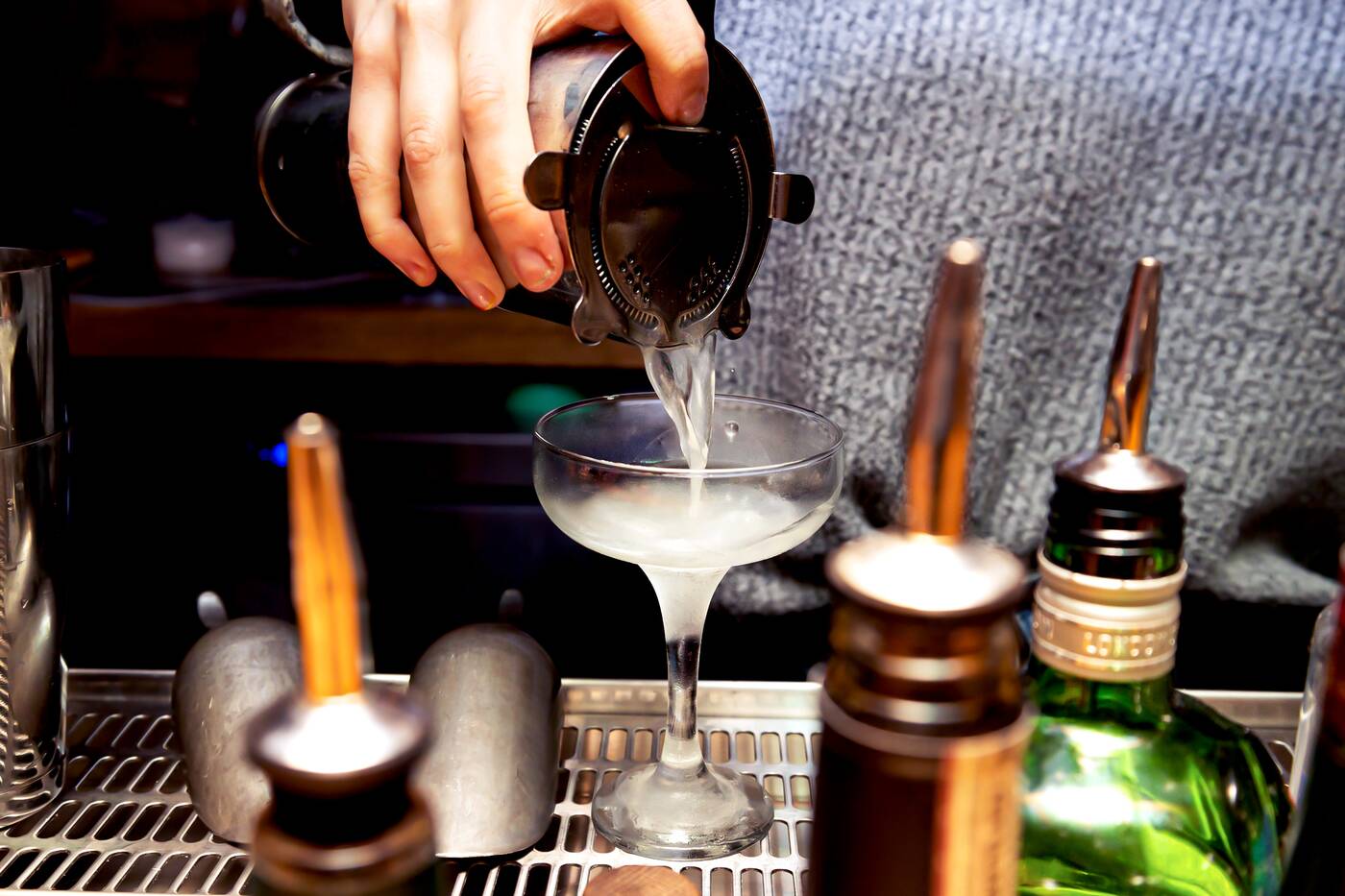 While spending time at Danu, I tried four of the recommended drinks. 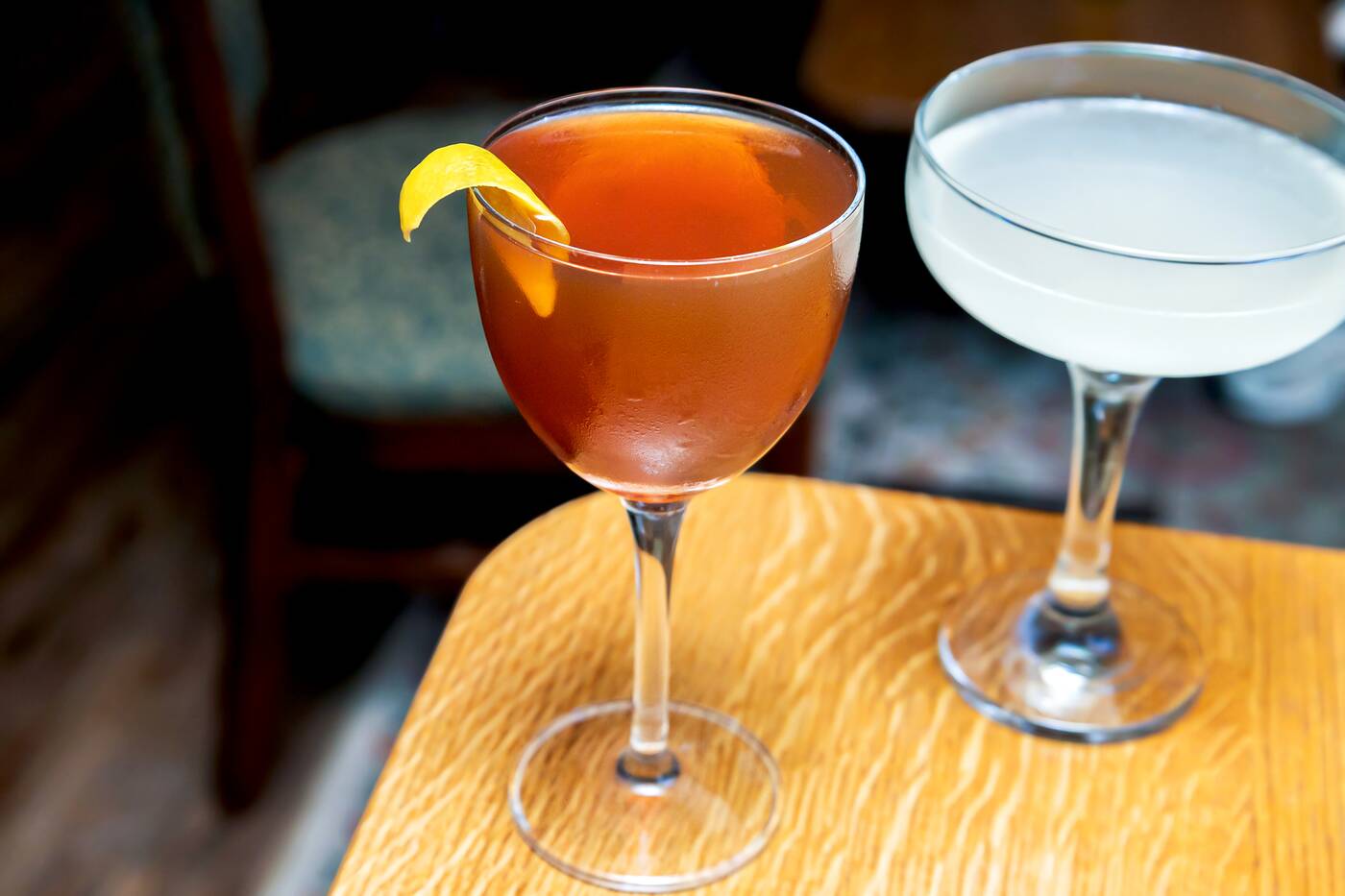 The Sazerac ($14) is a strong yet fragrant cocktail that's made with brandy, rye, bitters and absinthe. 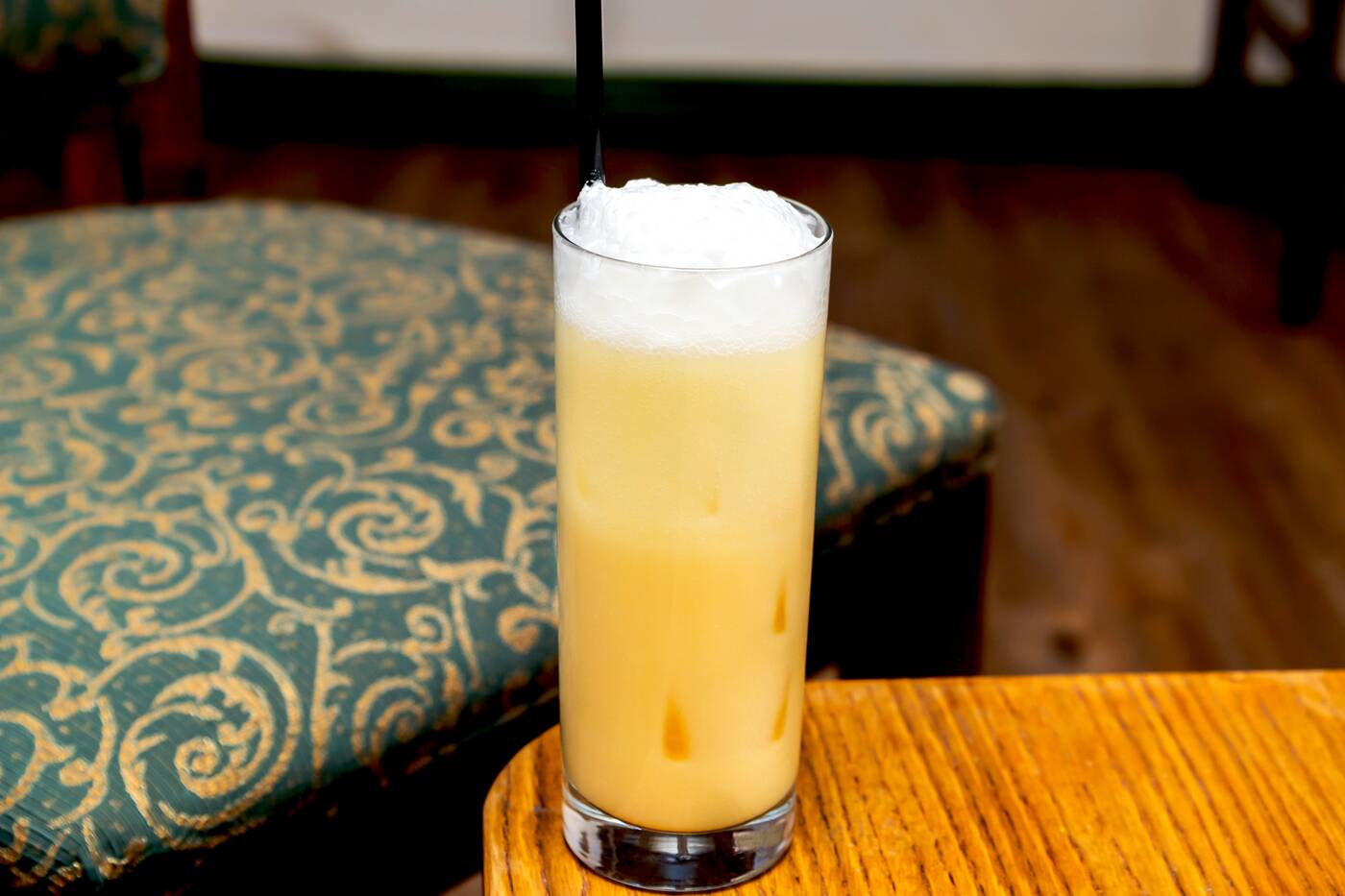 The Bicycle Gang ($10) and the Gimlet ($10) are two of their popular mocktails, with the former having a nostalgic creamsicle-like taste, and the latter imitating the iconic gin-based drink. 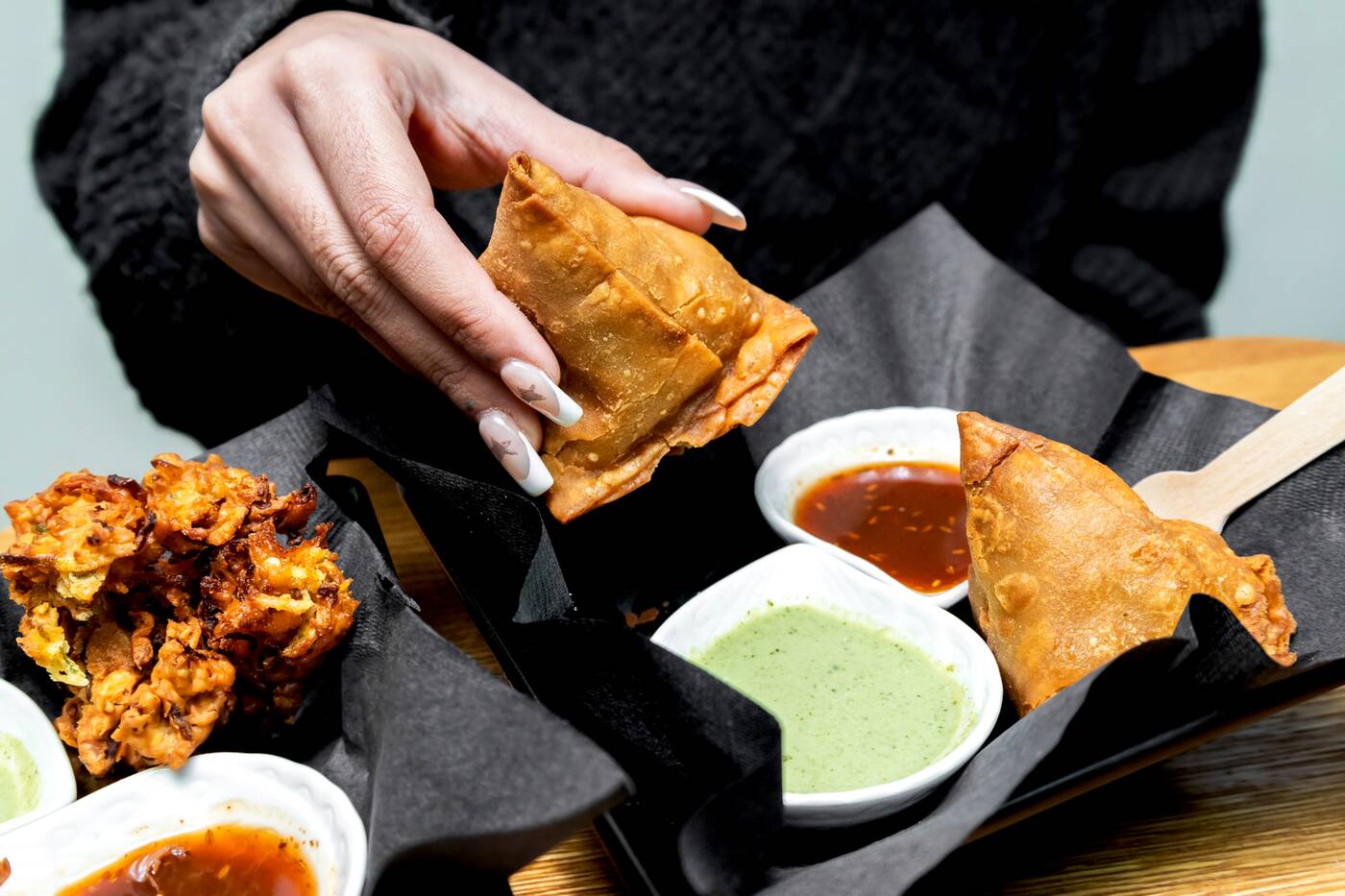 To eat, there's vegetarian Banjaran samosas and pakoras. The contrast of the spicy chutney against the bitter and sweet drinks was a perfect pairing. 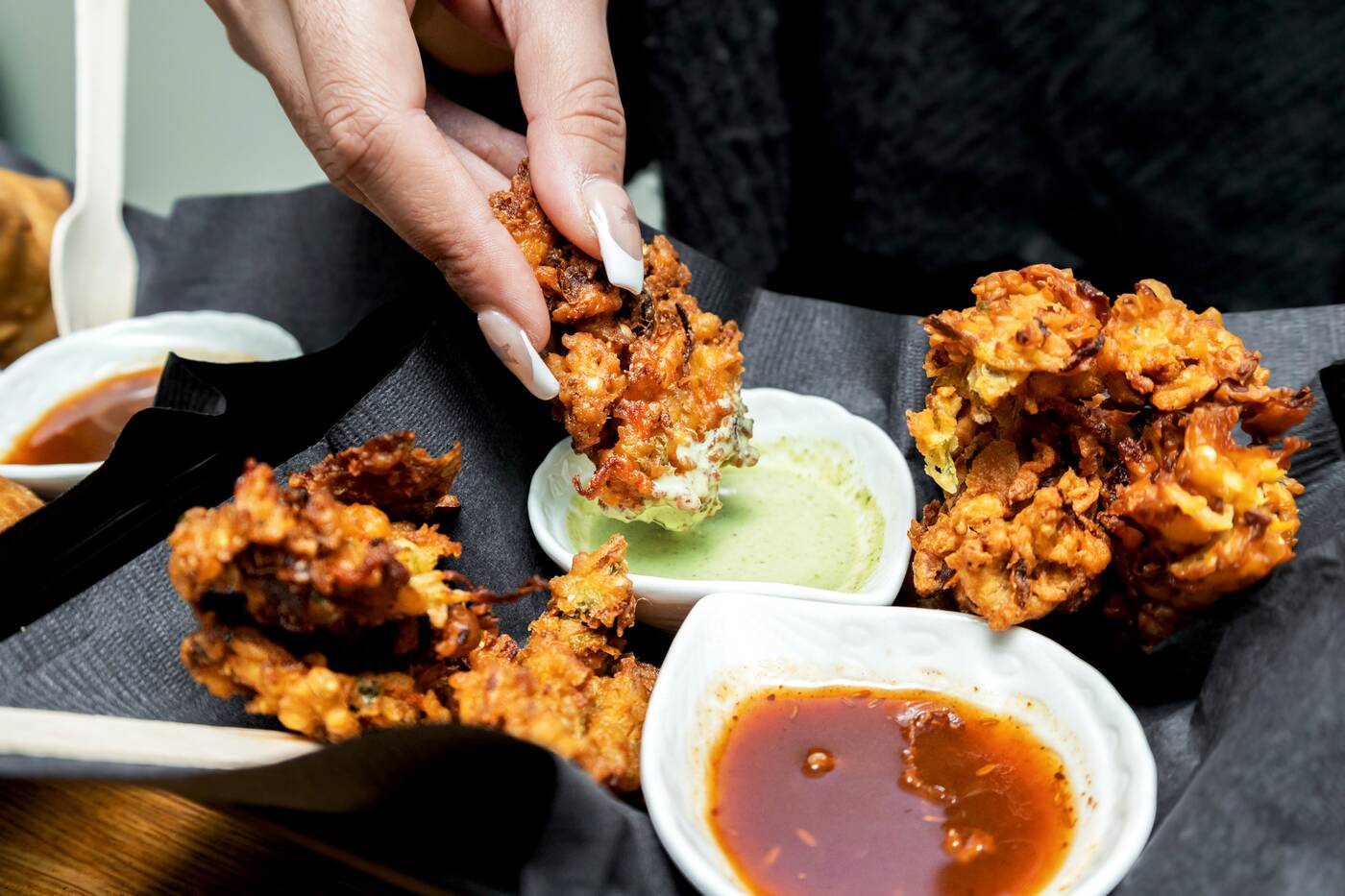 The future for Danu looks bright given the continuation of events in Parkdale. Come January, the duo plan to open the space as a cafe during the day and introduce more house-made cocktails.

"We care about our menu a lot but it's not the point," said Zachariah. "We want to be a place that is almost like you got invited to a house party and left knowing many people." 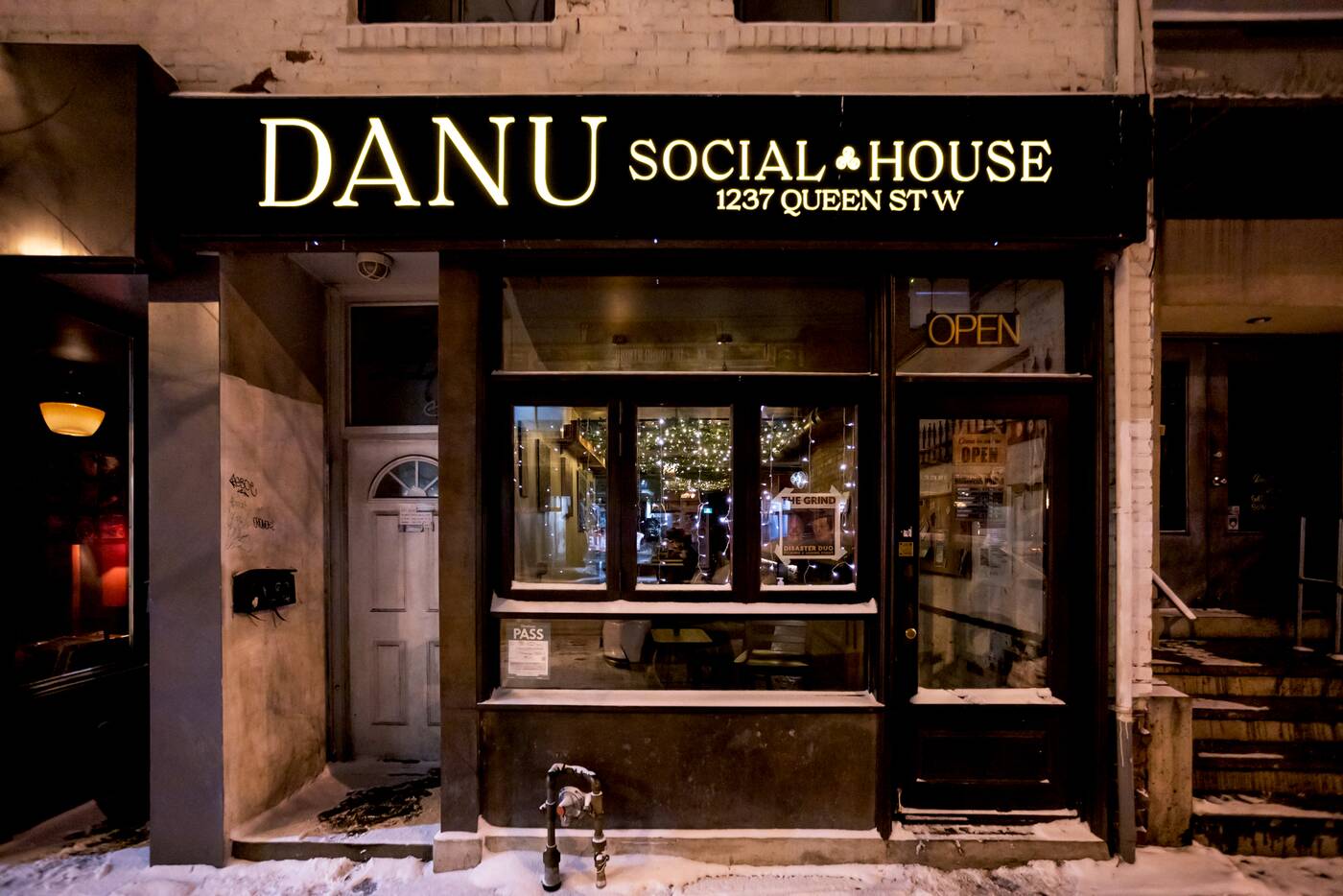