Pretty Ugly is from the same people behind Bar Raval and Harry's. It's a mysterious mezcal-based bar that hopes to play off the dual nature of its neighbourhood, clientele, and the two-sided coin of knocking a few back.

The front of the Parkdale bar is designed like a mezcaleria: you enter through a carpeted door, past carpeted windows, and almost slam directly into a tiny bar with few seats. 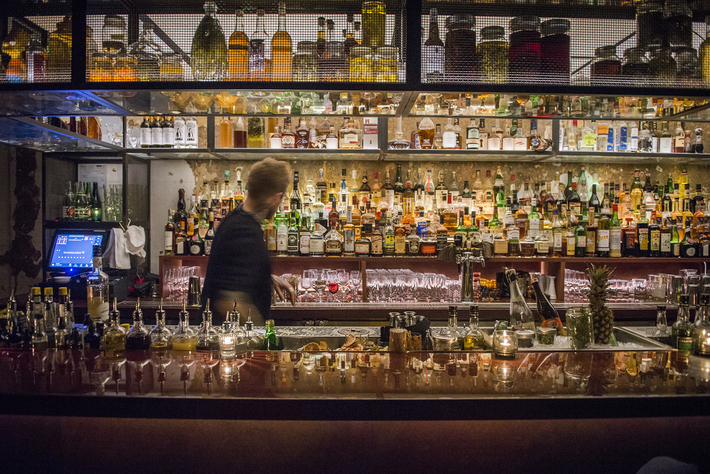 Beyond another carpeted entryway lies the cocktail bar proper. There's a short mezcal menu in the front area with bartenders ready to explain what you've just gotten yourself into and pour you a drink. 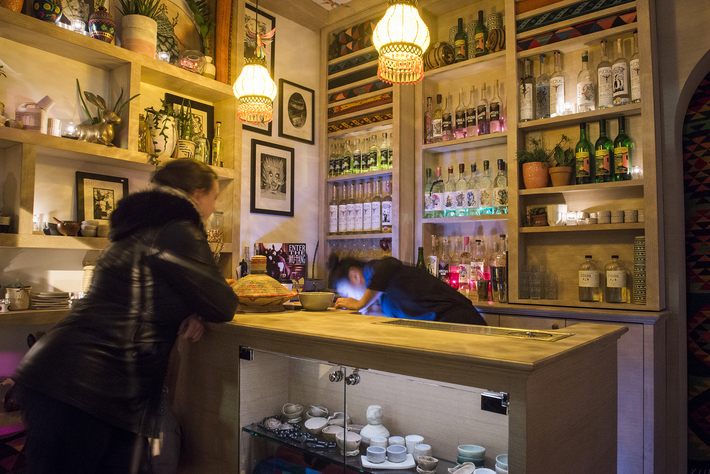 The rugs in the front area are all authentically made hand-dipped textiles imported from Mexico, going with the mezcals from private importers you can sample.

All the rugs and any art on the walls is for sale (rugs run about $75 - $350). The barely visible logo on the upturned Salvador Darling sign also mimics the triangular designs of these rugs. 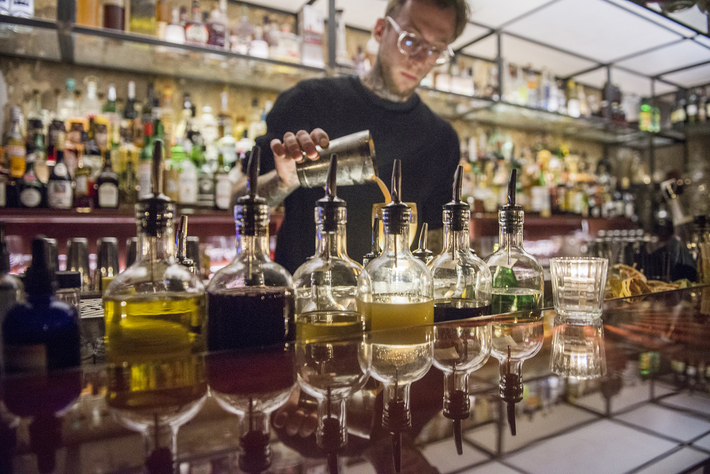 Though they do have beer, bubbly and more classic cocktails, co-owner Robin Goodfellow concocts a signature Crystal Lake ($14) for us, shamelessly describing it as a modern masterpiece, dazzling visually and named cheekily for the camp from Friday the 13th. 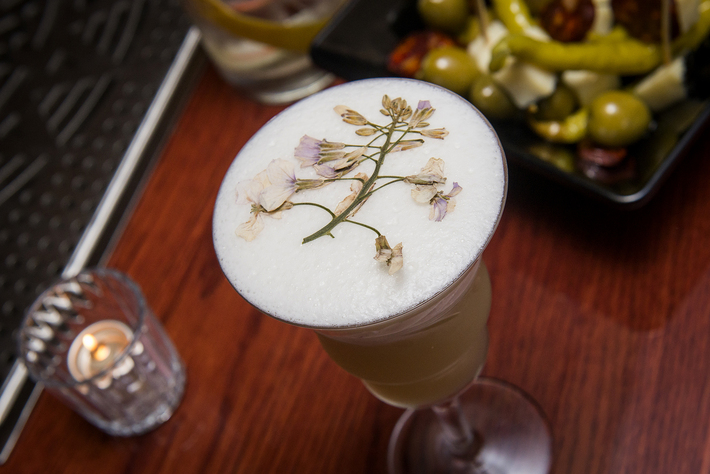 It's La Guita Manzanilla (a type of sherry), rainforest elixir (a bunch of foraged herbs and woods), lemon, a stiff topping of egg white, and "all the feels": a secretive potion lightly spritzed into the glass. It's topped with aromatic dried dame's rocket. 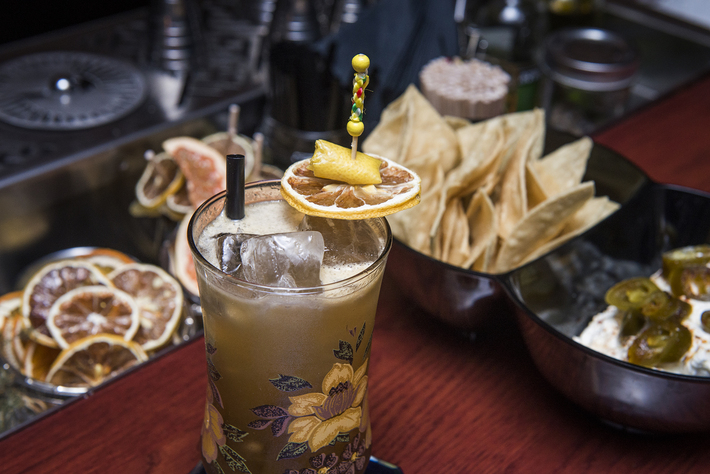 Next we get a Pink Porcelain, also cheekily named but thematically sound with the idea of making something pretty that's used for an, ahem, somewhat ugly purpose. It's akvavit, Cynar, lime, Perrier, and "green stuff": apple, pine and celery. It's refreshing and herbaceous, garnished with dehydrated lemon and lemon zest. 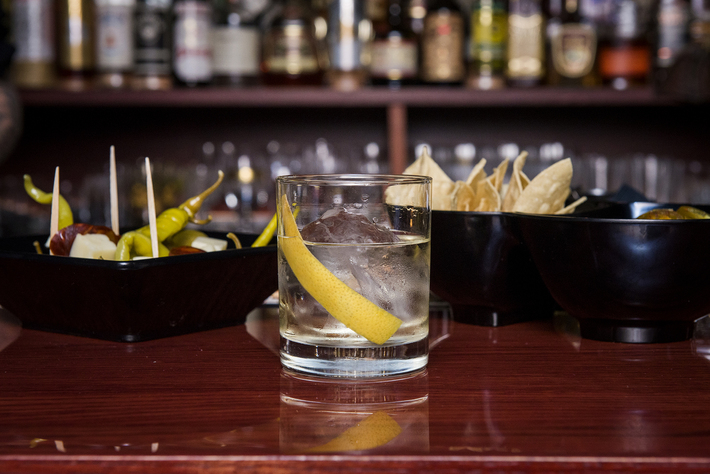 The simplest drink we get is the Lew Drank It All ($15), a squat tumbler which features their pineapple chartreuse and their ice program, where they have ice machines going upstairs turning filtered water into chunks of clear, clean ice. Los Altos Plata, Peloton de la Muerte, and Guerra Dry otherwise, it's named for a night when that was the explanation for all the mezcal going missing. 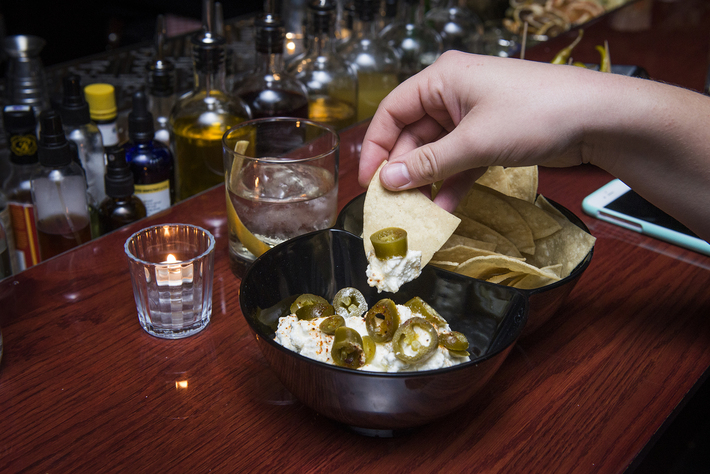 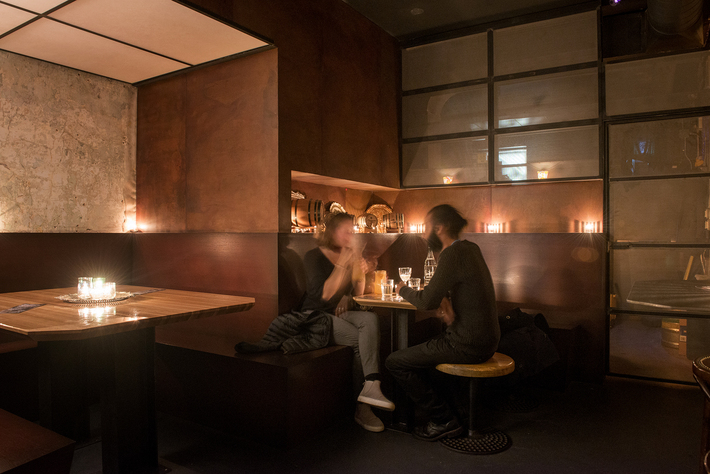 The one thing about Pretty Ugly you have to be cool with is that you're swallowed by almost pitch black darkness in the main back area of the bar, but you're already in Parkdale so you're probably used to it.

The back area has two booths and a long inviting industrial style bar, more seating beyond that and exposed original brick. Play Eye Spy with the toys and gremlin figures hanging about. 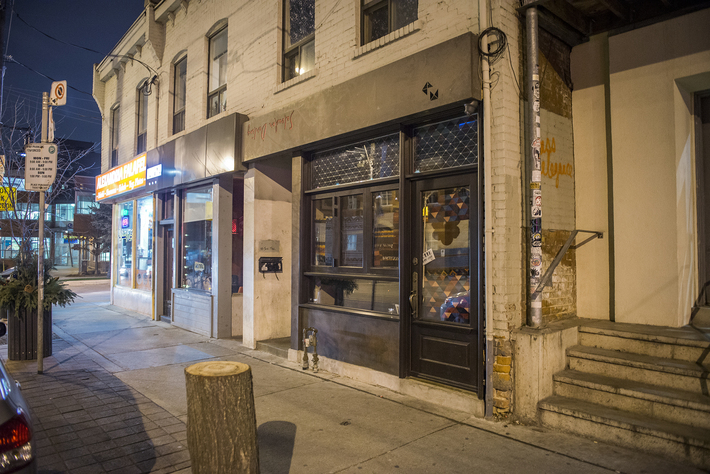