The Dakota Tavern, or just the Dakota as it’s known to local music lovers, has only been open since 2006, but it feels like much longer than that. Maybe it’s the folk and honky tonk acts that regularly take the stage, maybe it’s the dim basement it’s holed up in, the way they only take cash or credit, or the way it’s in disrepair in the best sense.

Maybe it’s the fact that the stage has been graced by more obscure Canadian music legends than you can shake a stick at. For whatever reason, Dakota is one of those venues that manages to feel like a time warp. 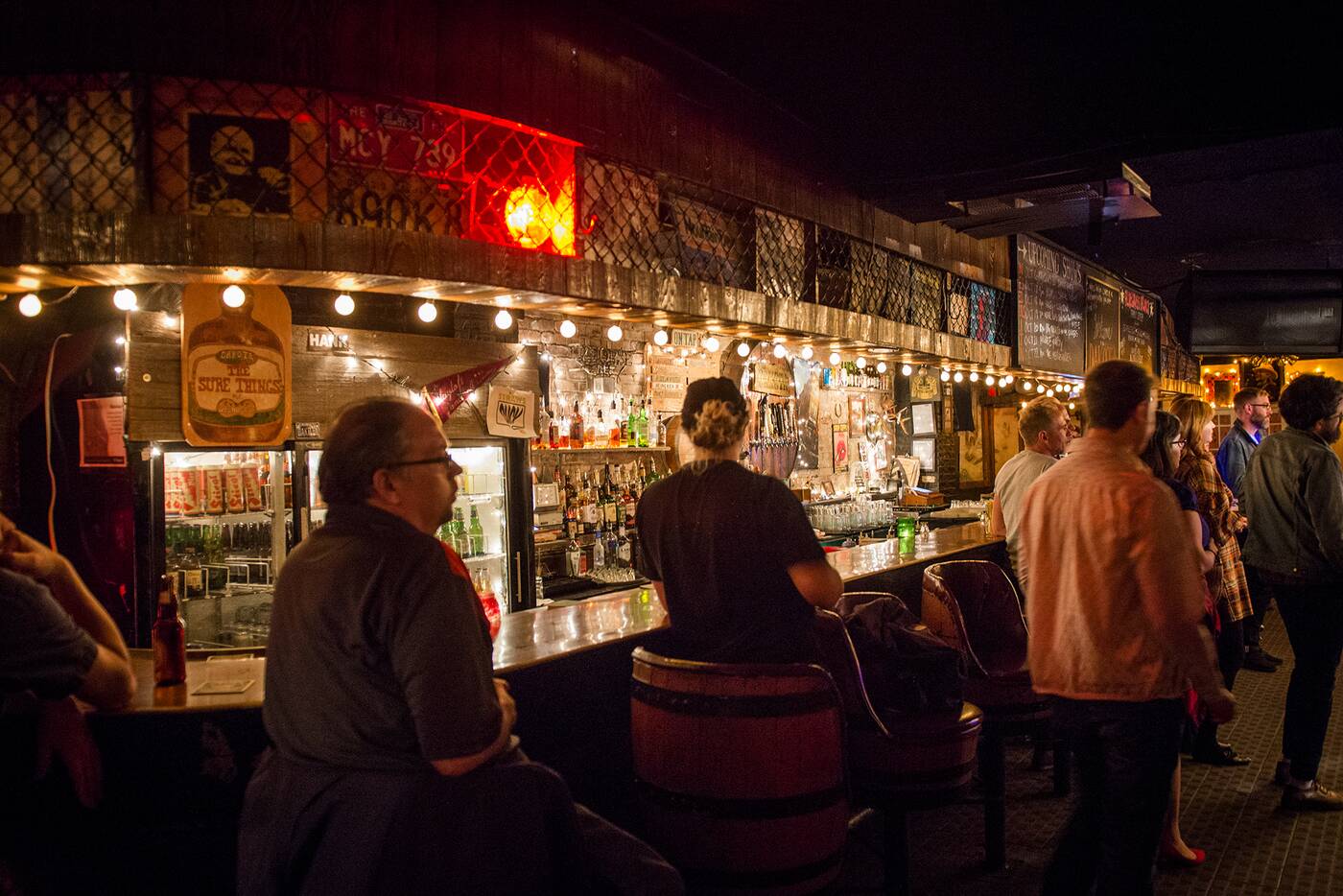 It’s also old fashioned in that it’s sadly inaccessible, down a long flight of steps that become more of a challenge as your night wears on. A long bar wooden bar with old school tavern stools extends down one side of the space plastered with old show posters, antlers and other country dive bar memorabilia. 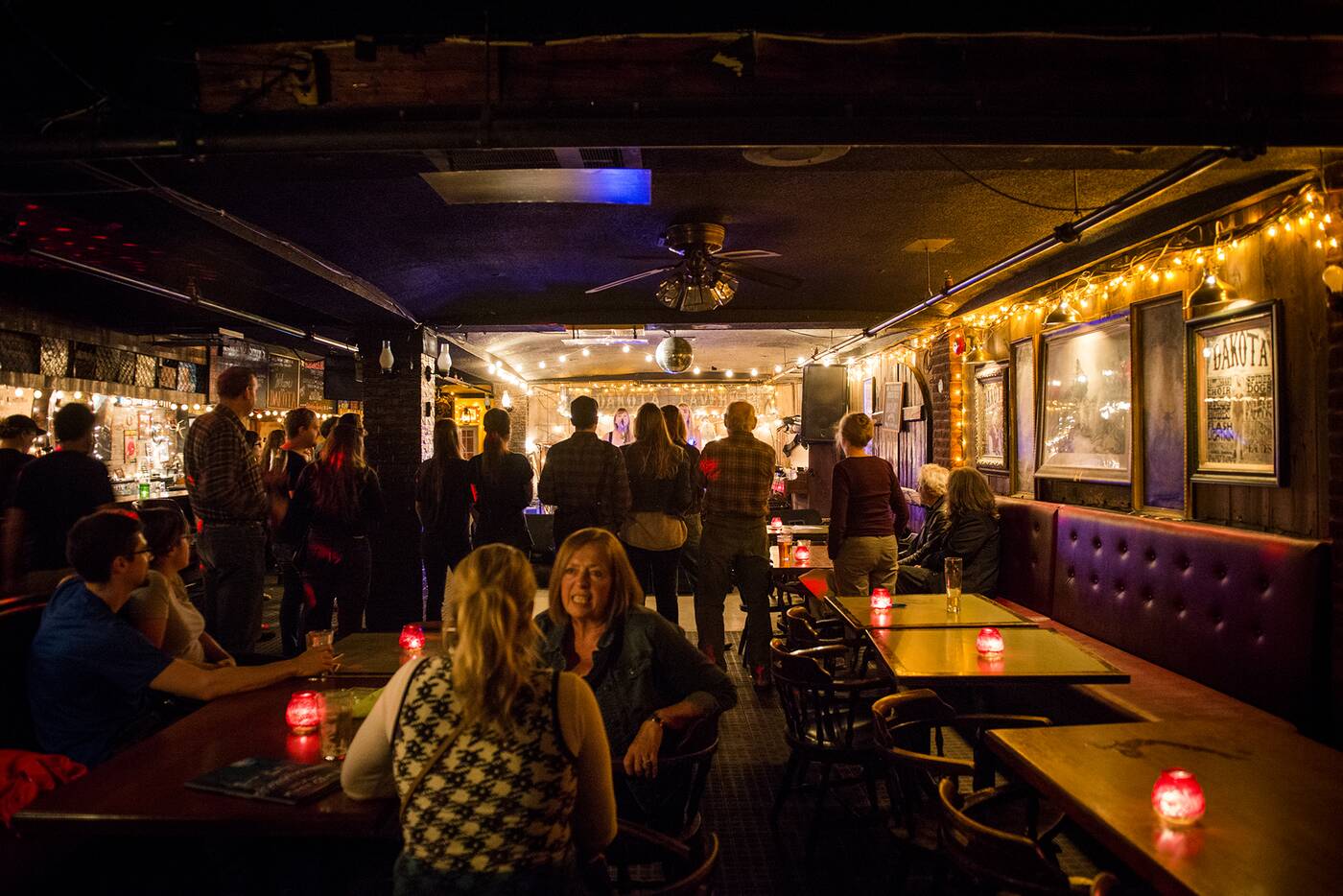 Tables are huddled near the back, tucked behind an open dance floor facing a small stage strung with ubiquitous twinkly lights. 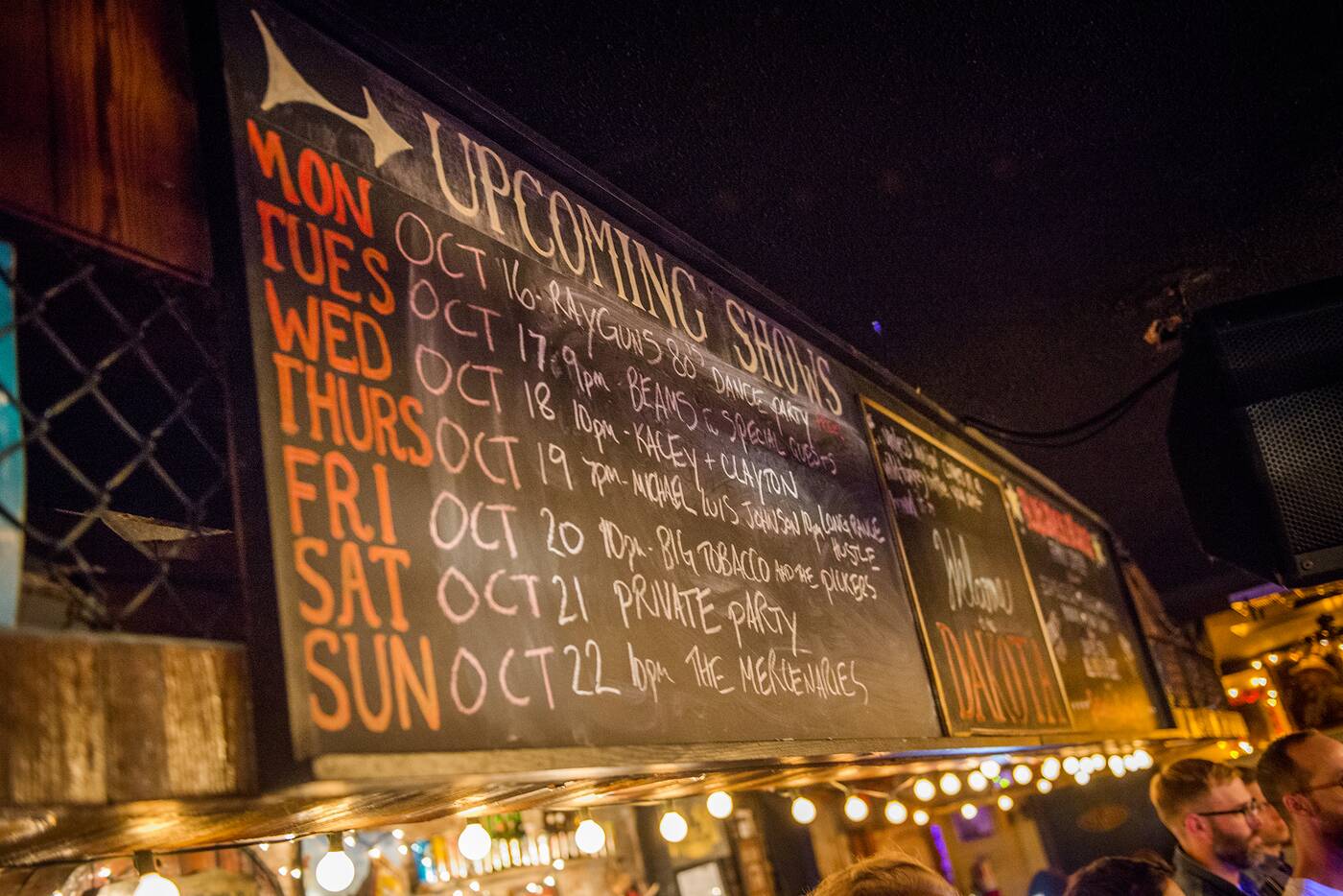 A schedule for the entire week of what are typically daily live music acts is kept up to date in chalk above the bar. 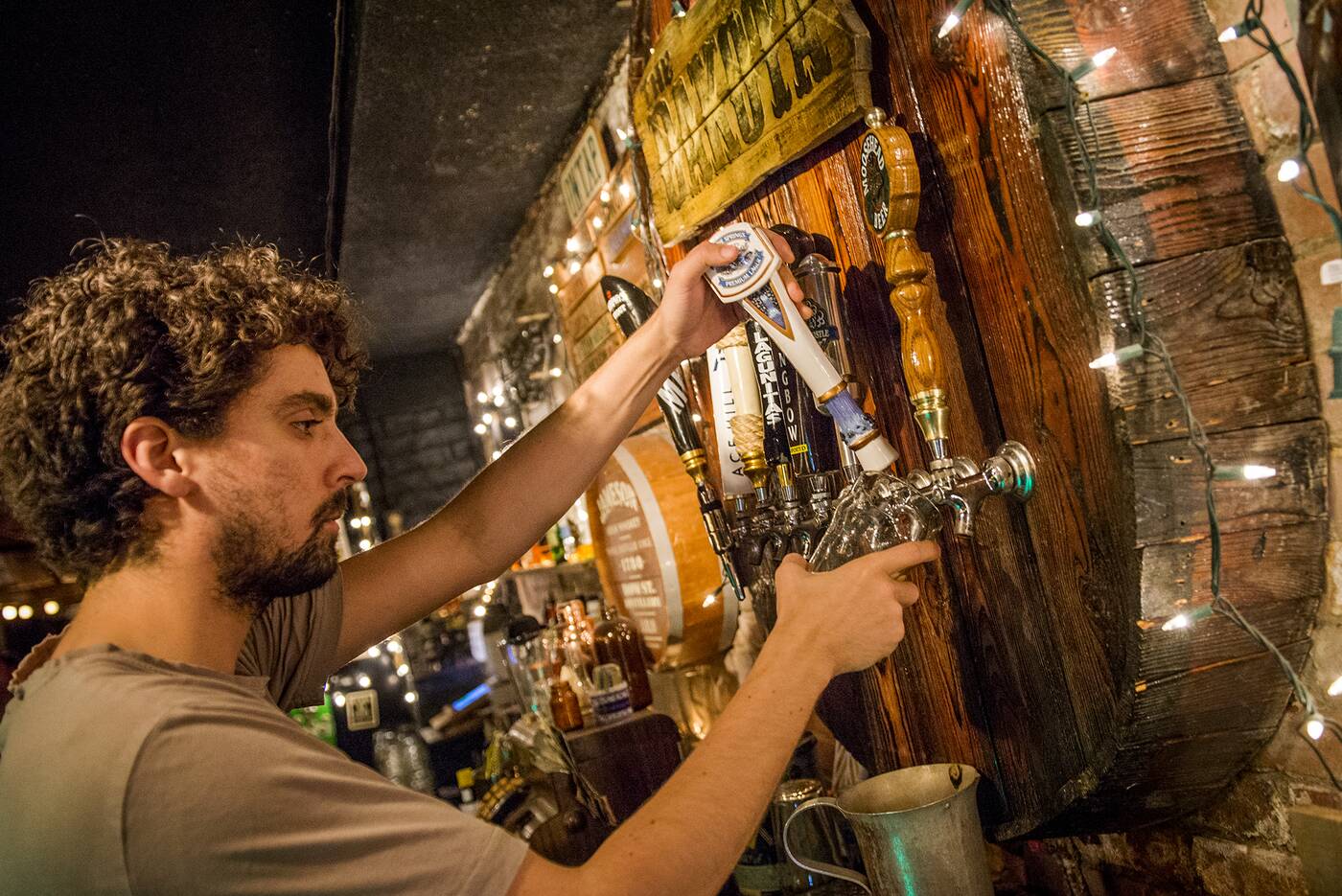 Most patrons swill draft beer, nothing fancy: you won’t find any small batch infused craft beer here, and it’s pretty much all $7.50 across the board, fifty cents more for a draft cider. The only other logical choice is bourbon, $6.50 for all bar rail. 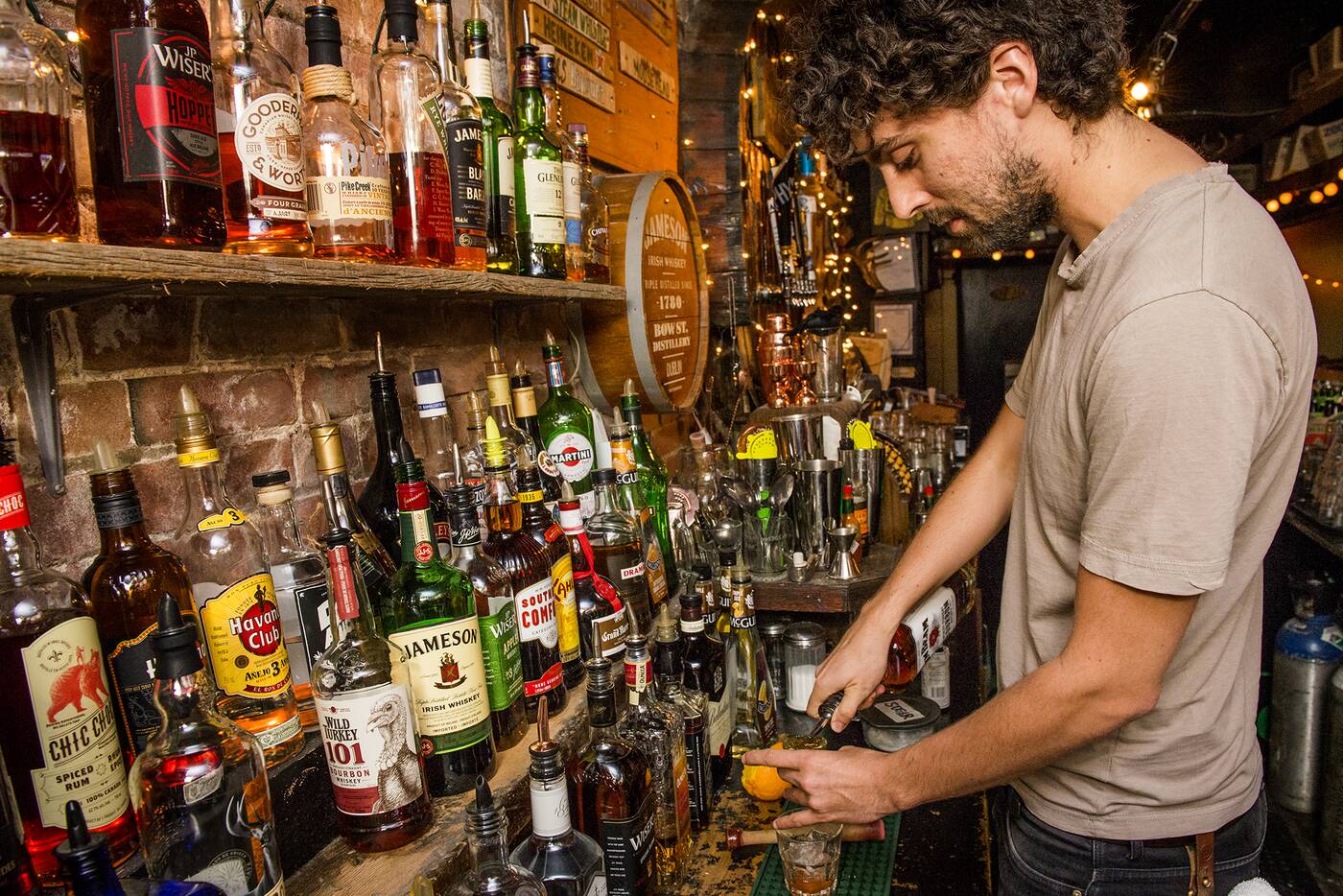 Of course, if the mood should strike you a mixed drink or cocktail of some kind can be whipped up. 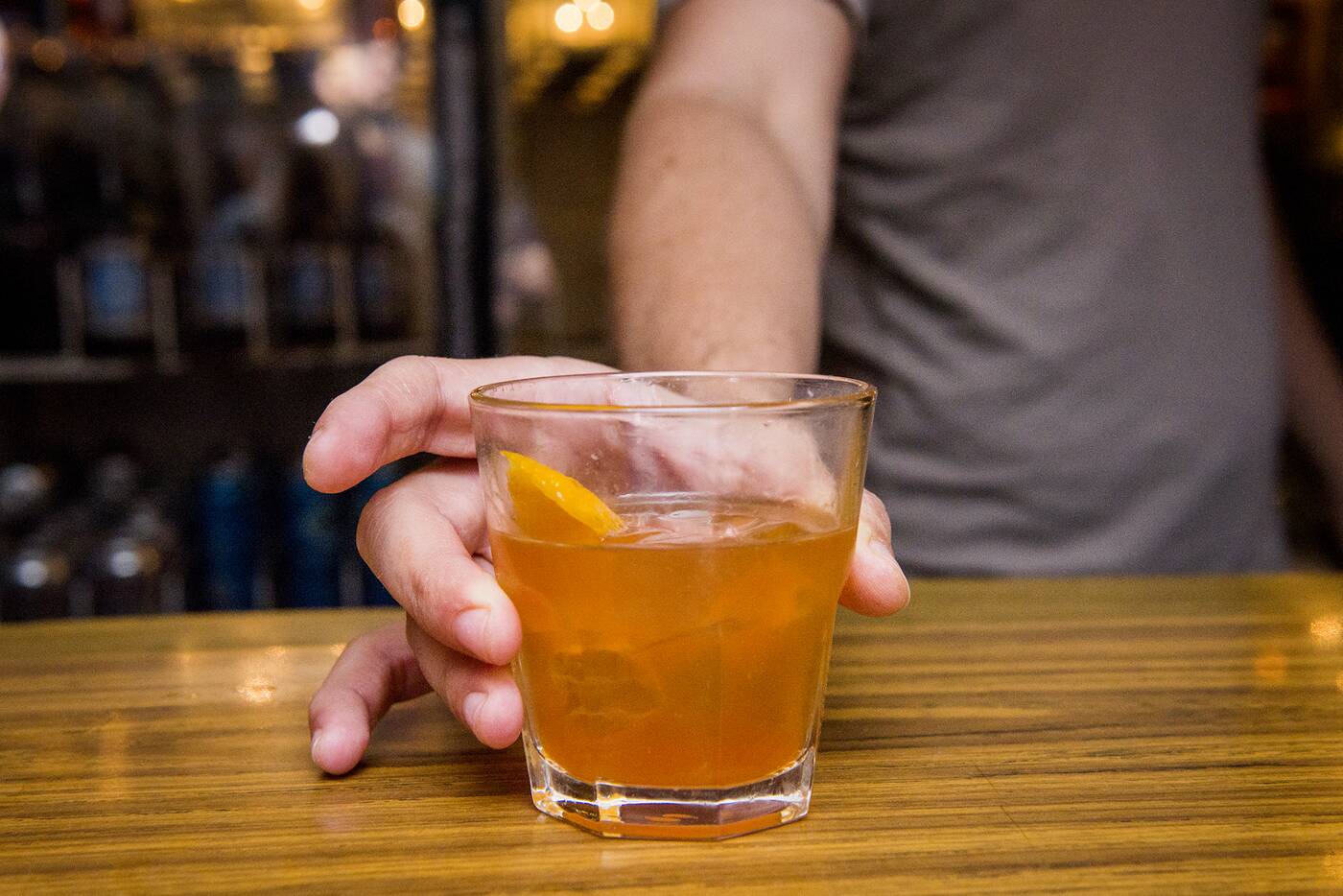 An old fashioned made with a double shot of Jim Beam or Wild Turkey comes out to $11. It’s a bit murky, but it’s not like I can really see anything but the stage anyway down here, and I know where I am. Coors would suffice quite nicely in its place. 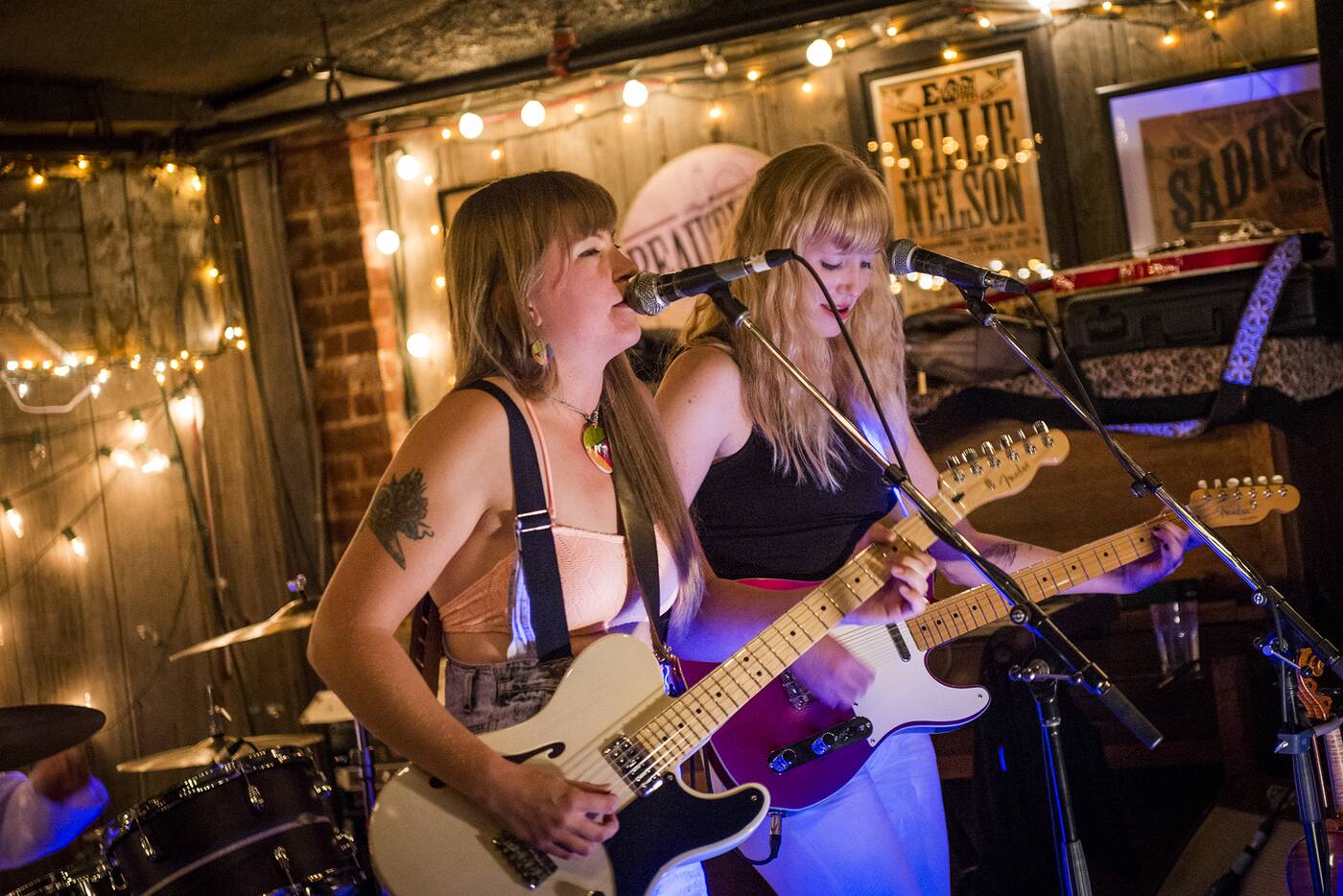 On the night I visited the first act skewed more pop folk, female guitar duet Lee Rose and The Ace of Wands. 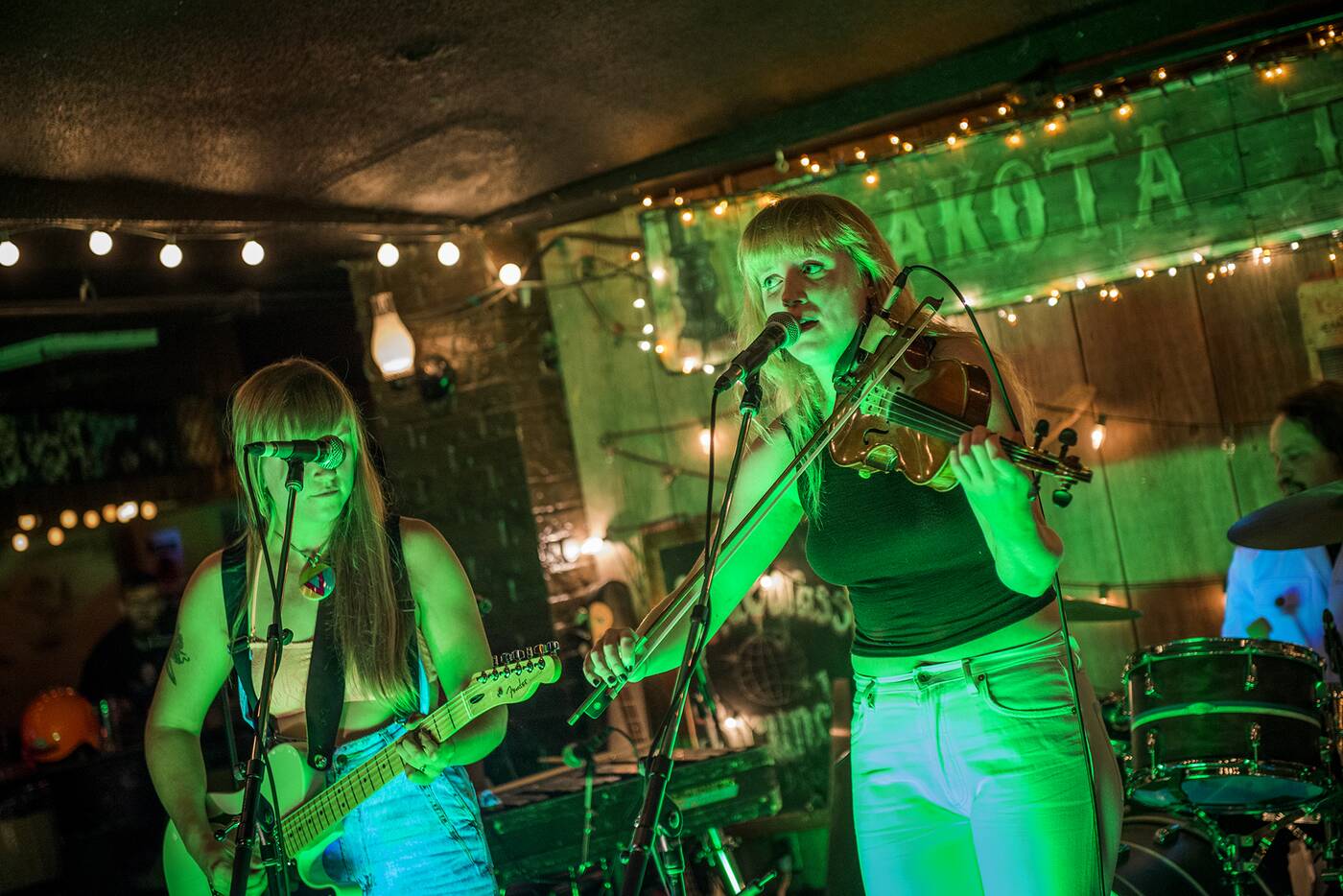 They did bring out the country a little bit with some moody fiddle. 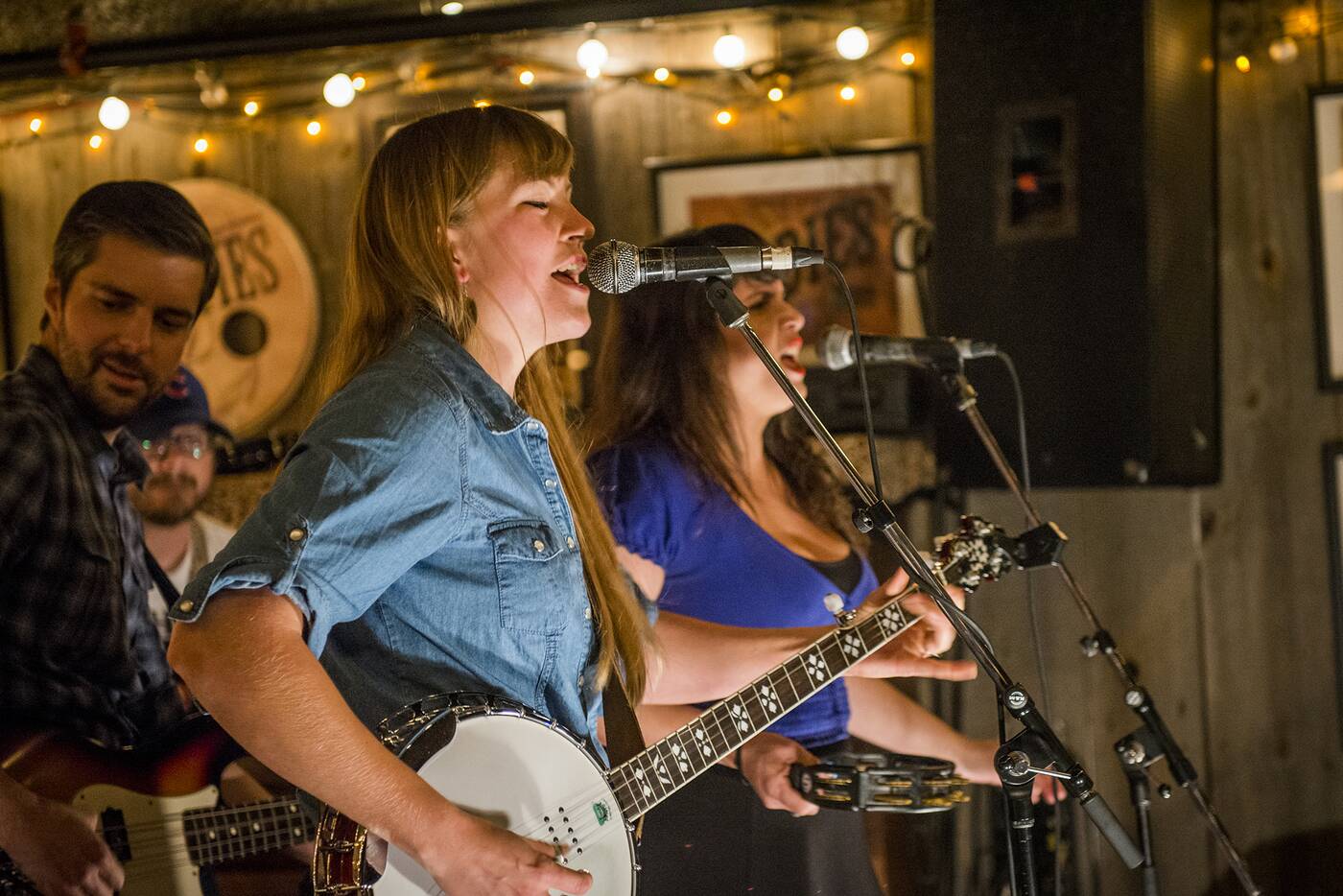 It was evidently a side project of one of the women, who was in the headlining act playing there regularly around this time, rip-roaring folk act Beams. 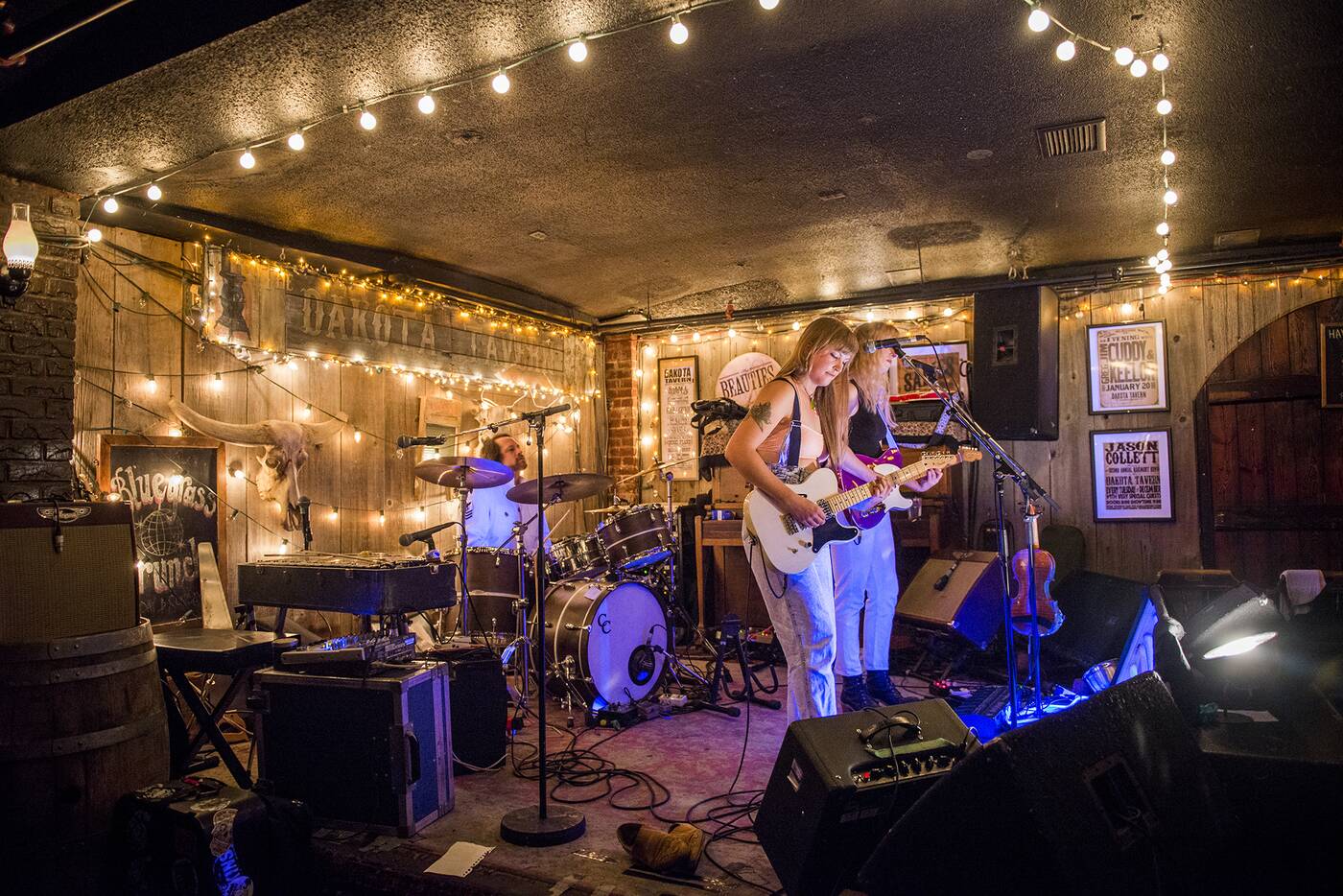 Dakota tends to be the domain of such residential acts: it was long the site of a popular “Bluegrass Brunch” where Ken Whiteley would often play gospel tunes. 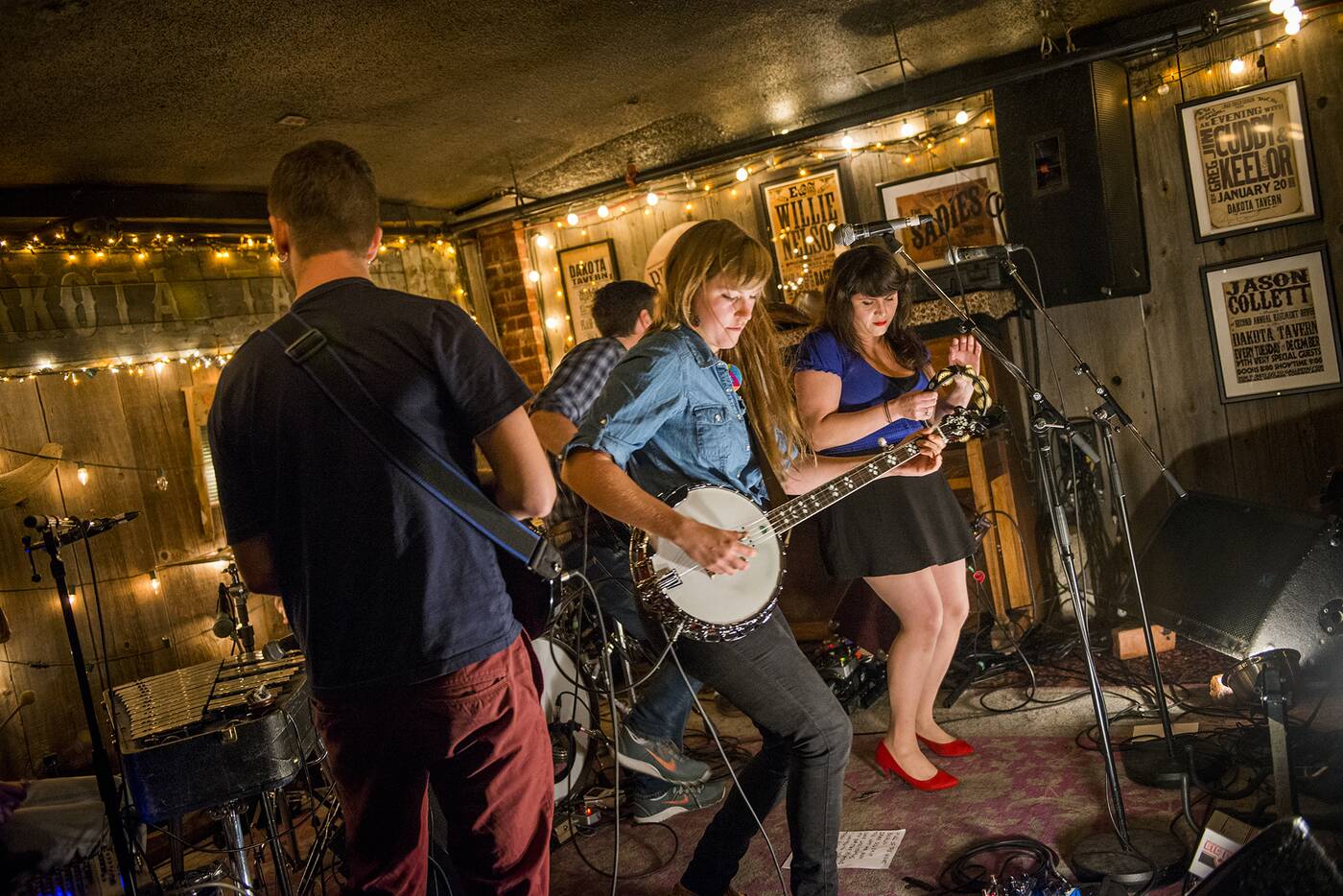 Owner Shawn Creamer’s own band The Beauties often played there, and on certain regular nights Rattlesnake Choir would warble out country tunes backed up by cheese grater and washboard percussion while my friends and I slow danced. 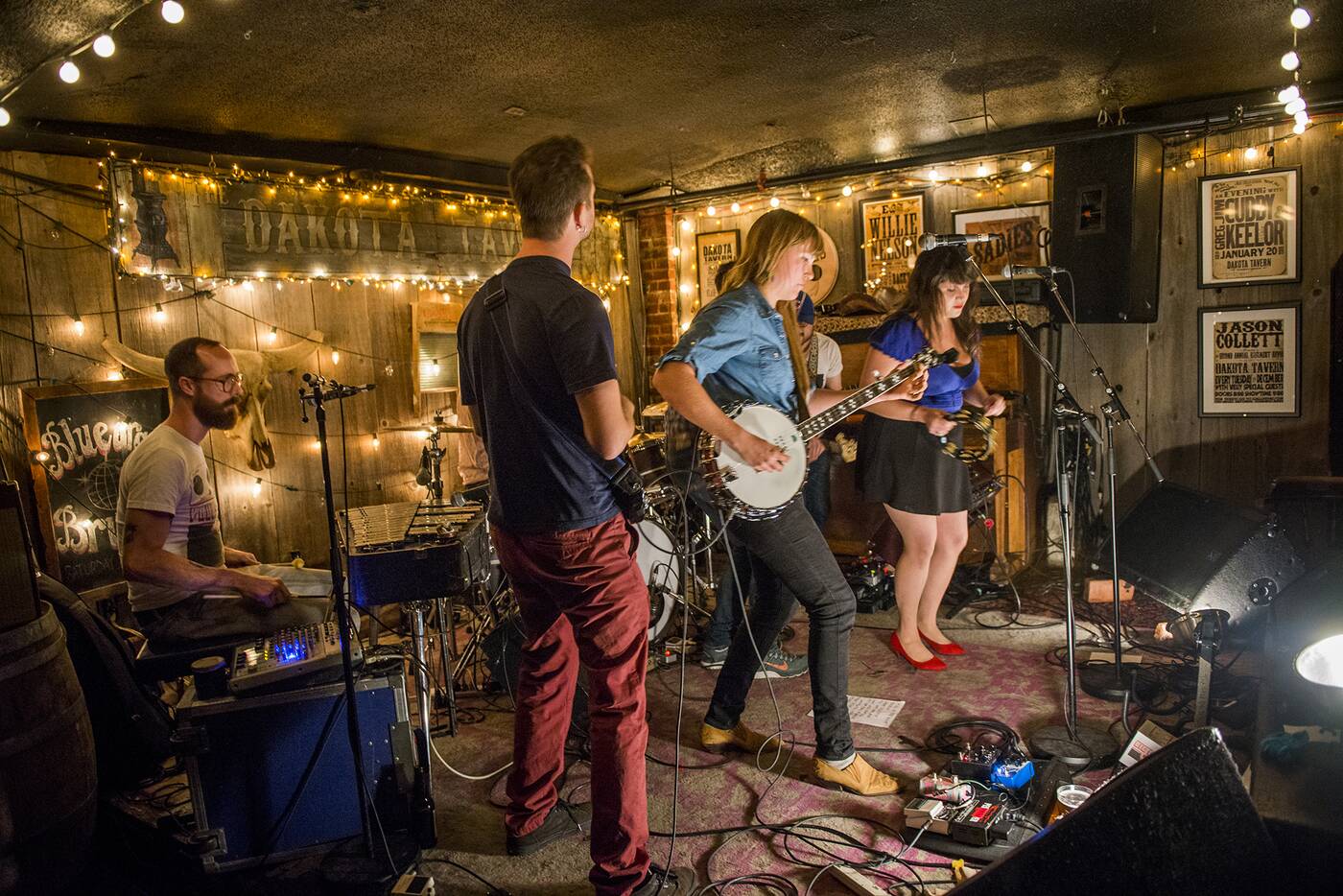 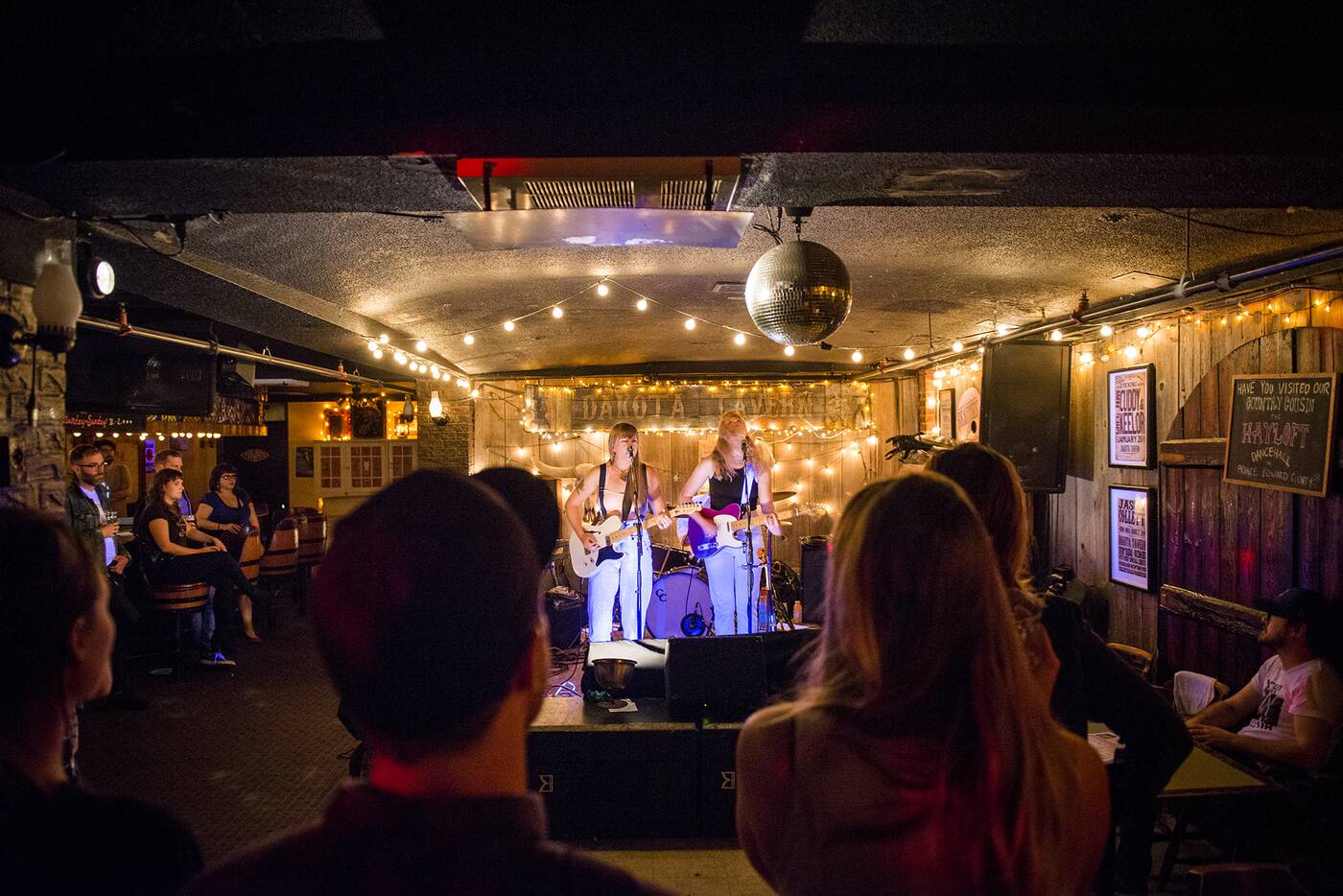 Creamer and partner Shannon Kohlmeier now also have the Hayloft out in Prince Edward County. 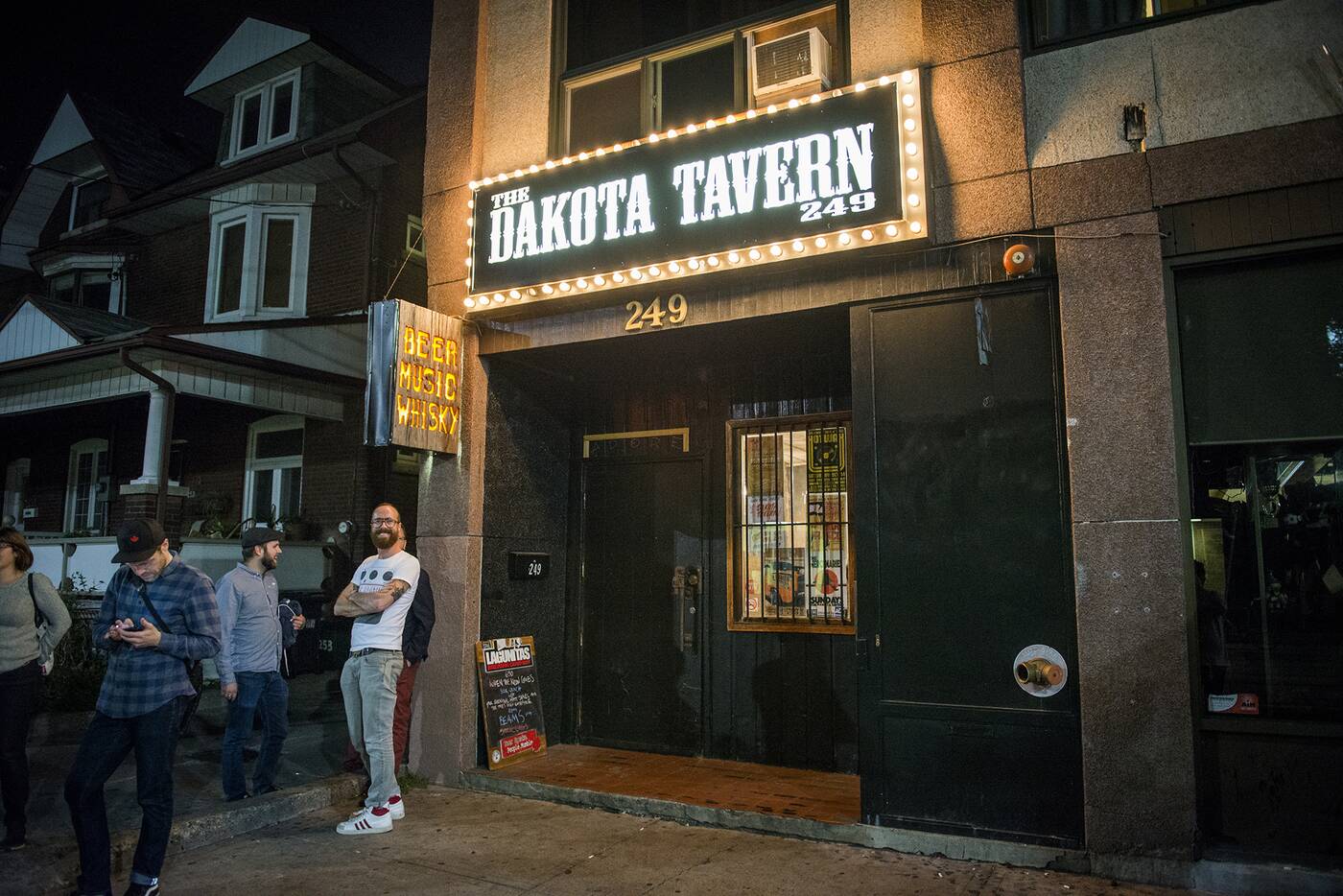 The Best New Bars and Clubs in Toronto