Century is a new nightclub in Toronto with a state-of-the-art light show and music system.

The night spot replaces the former Everleigh, which was more of a hybrid bar/club, with a casual setting. 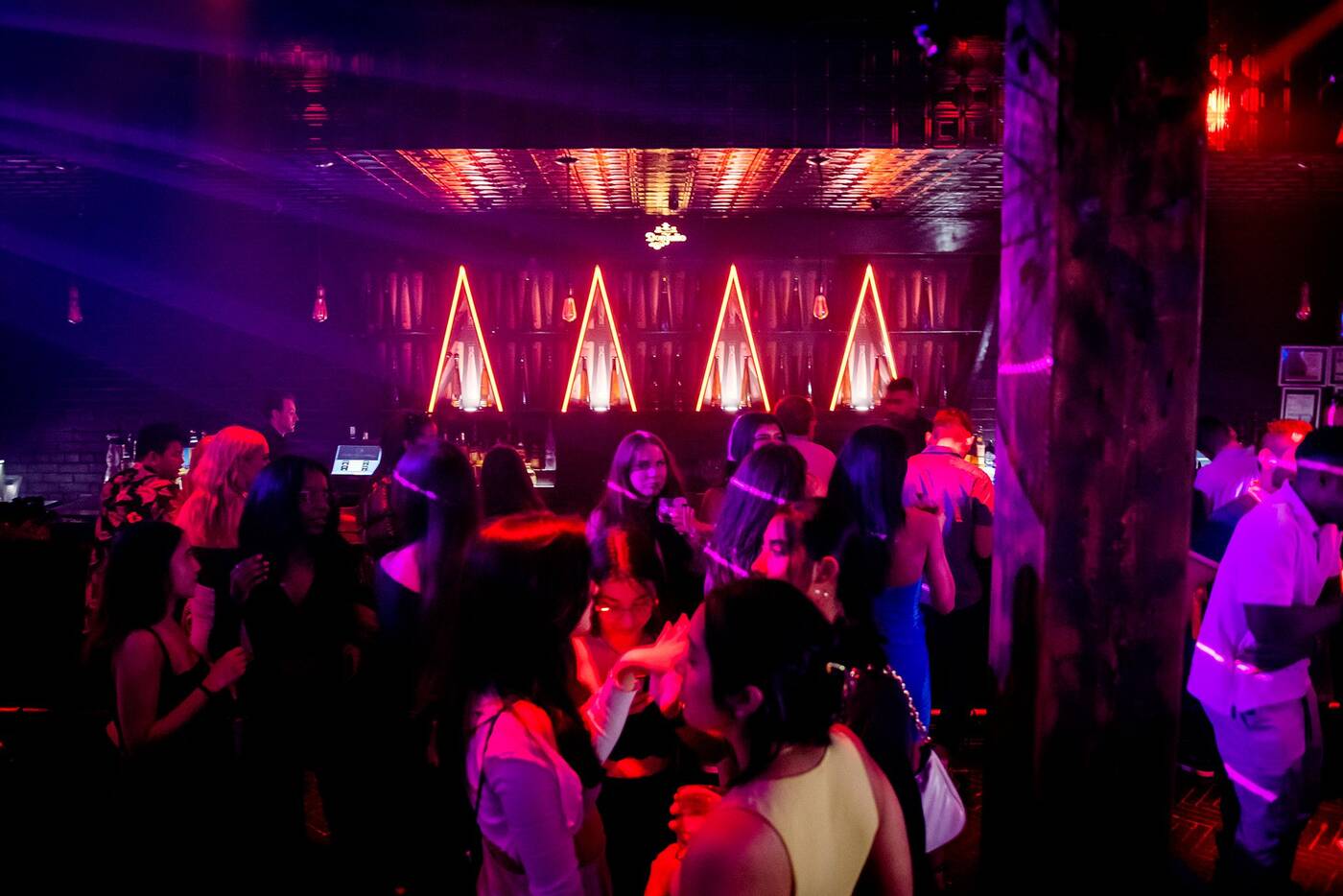 Matty Tsoumaris and Ryan Bassels remain the same owners of the new concept, even years after they first opened Everleigh.

Tsoumaris and Bassels dominate a lot of other real estate on the King West strip through operations with Honeycomb Hospitality, running other late-night spots like Petty Cash and Myth. 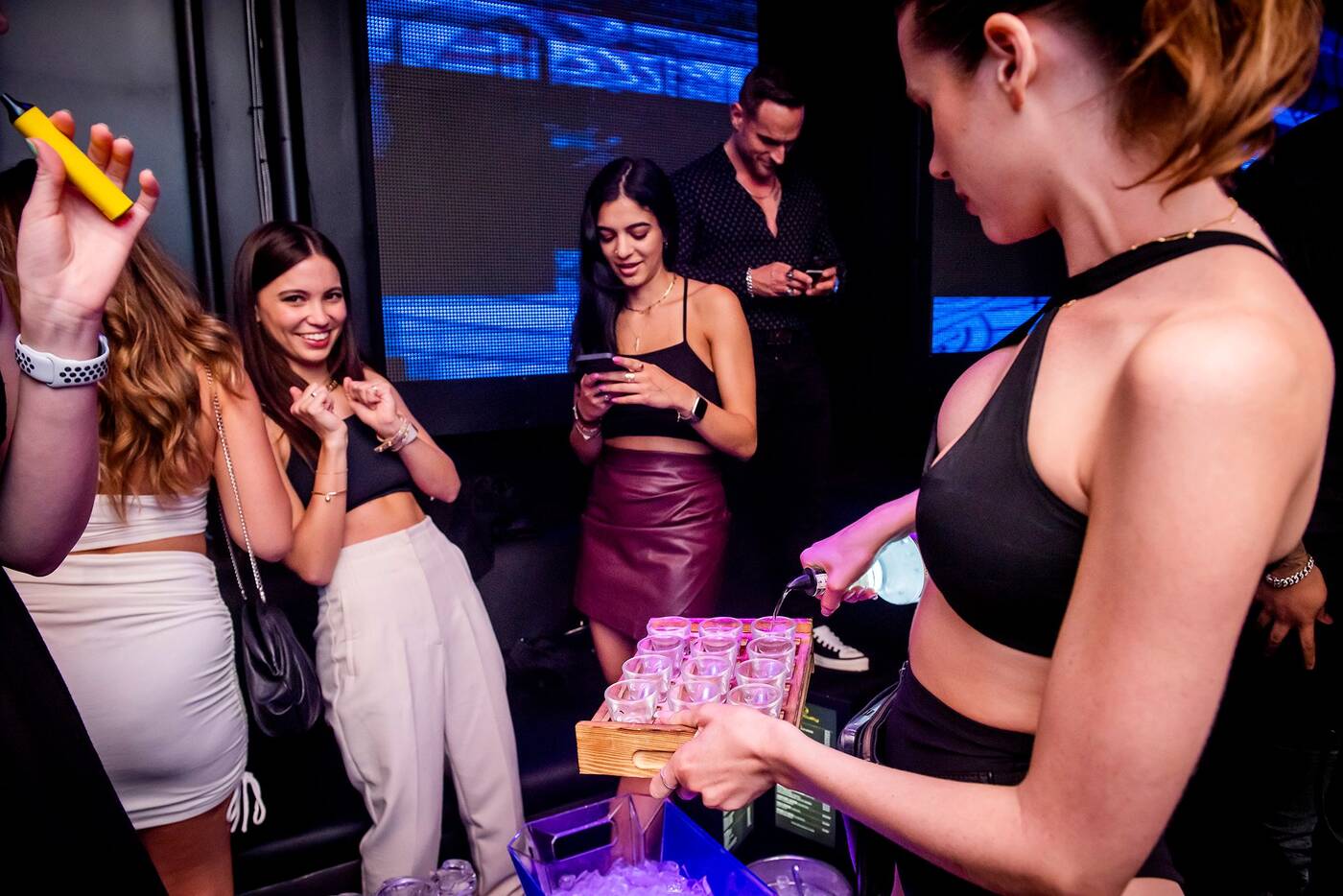 When you go for a night out at Century expect to bring some cash. Ladies are free on Friday nights, but in general, the cover is $20.00 (pretty standard for any club on the street). 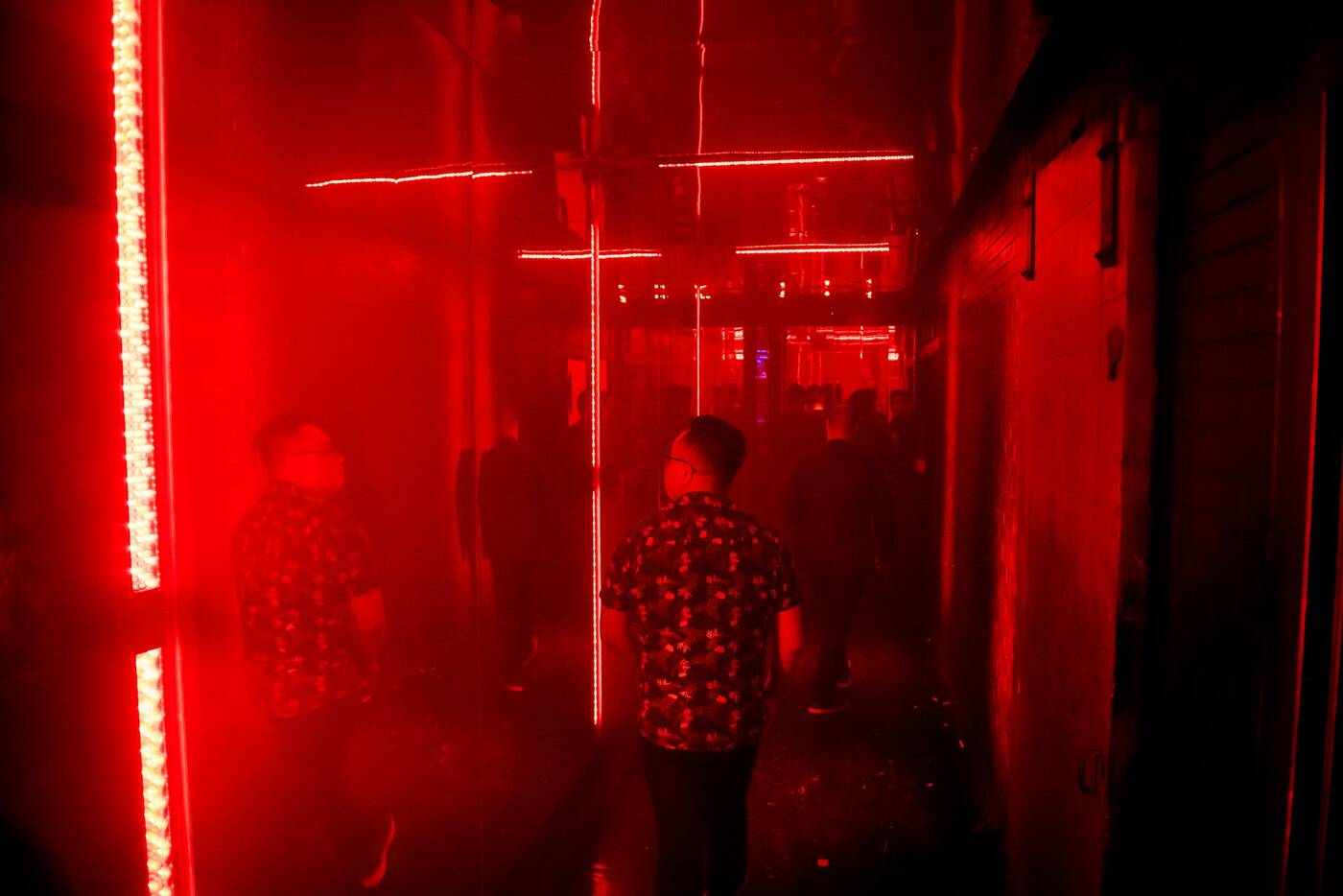 You'll get a pat down from security before heading up a set of stairs into a red neon-lit hallway lined with full-body mirrors, the perfect opportunity to get your Instagram pic of the night. 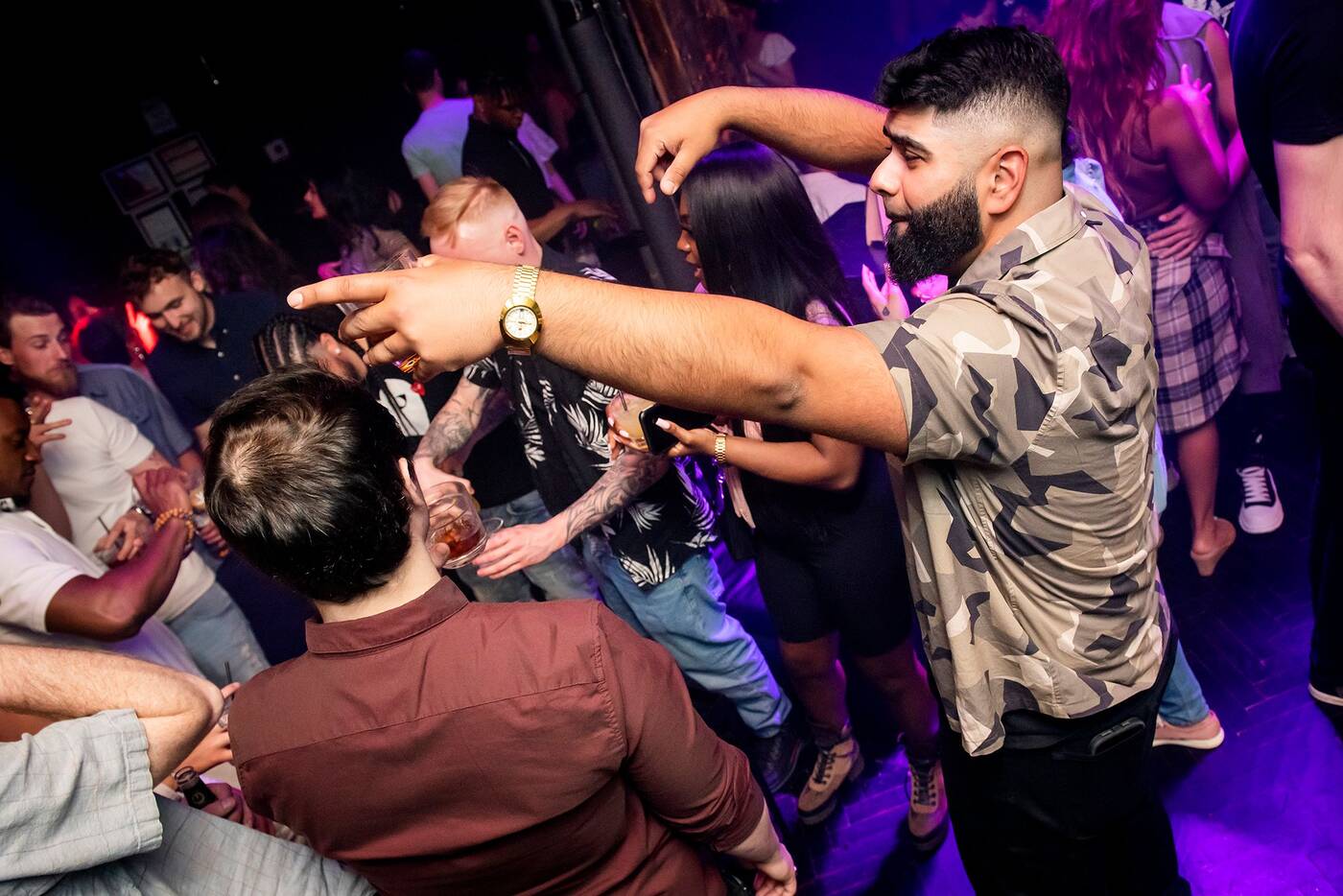 It'll start to get busy around 11:30 to midnight, when the guests, made up of people from their early- to mid-twenties start piling onto the dance floor and crowding the bar. 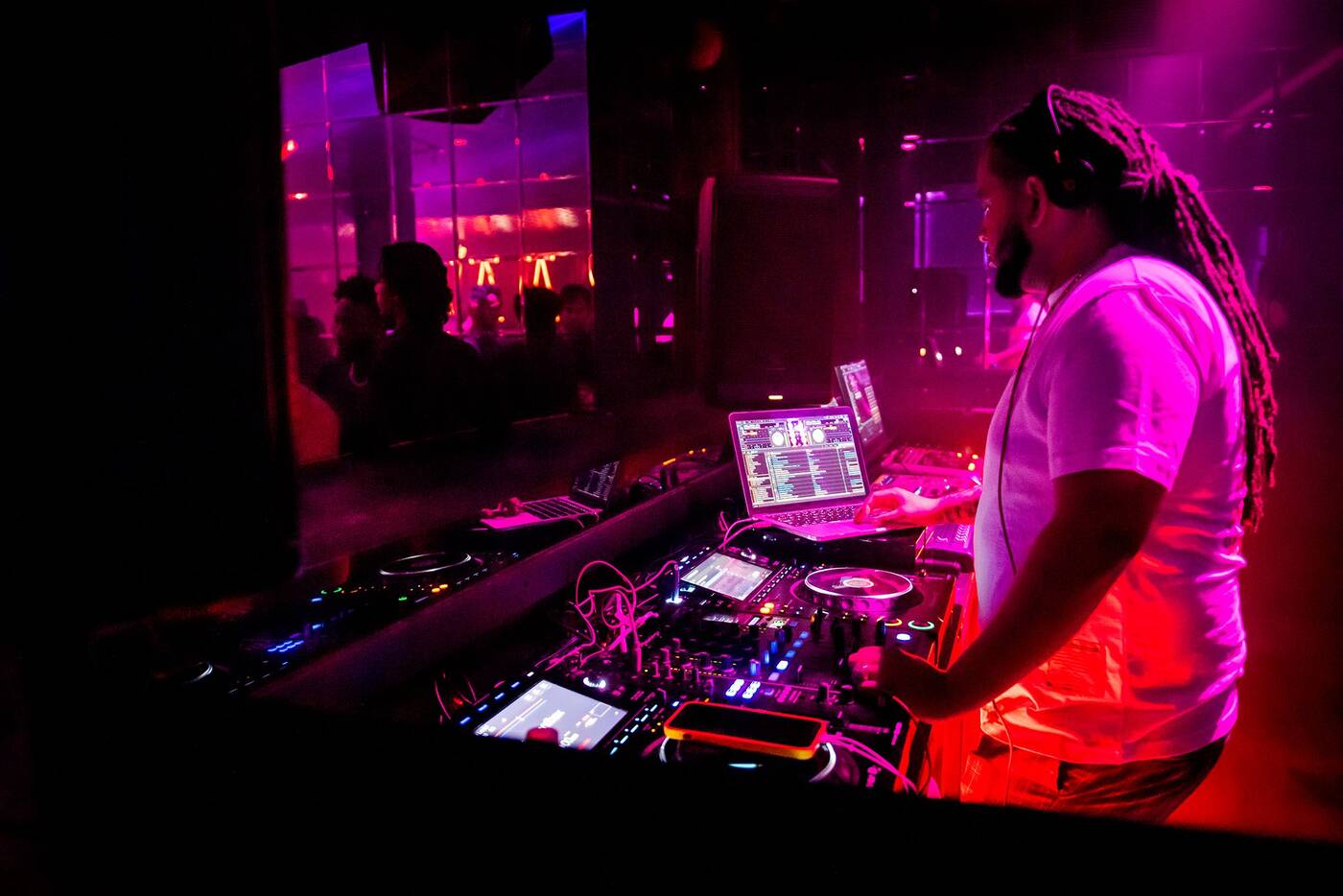 In terms of the music here, you'll get a mix of top 40 hits and hip-hop, but sometimes they host international DJs who come in to play their sets. 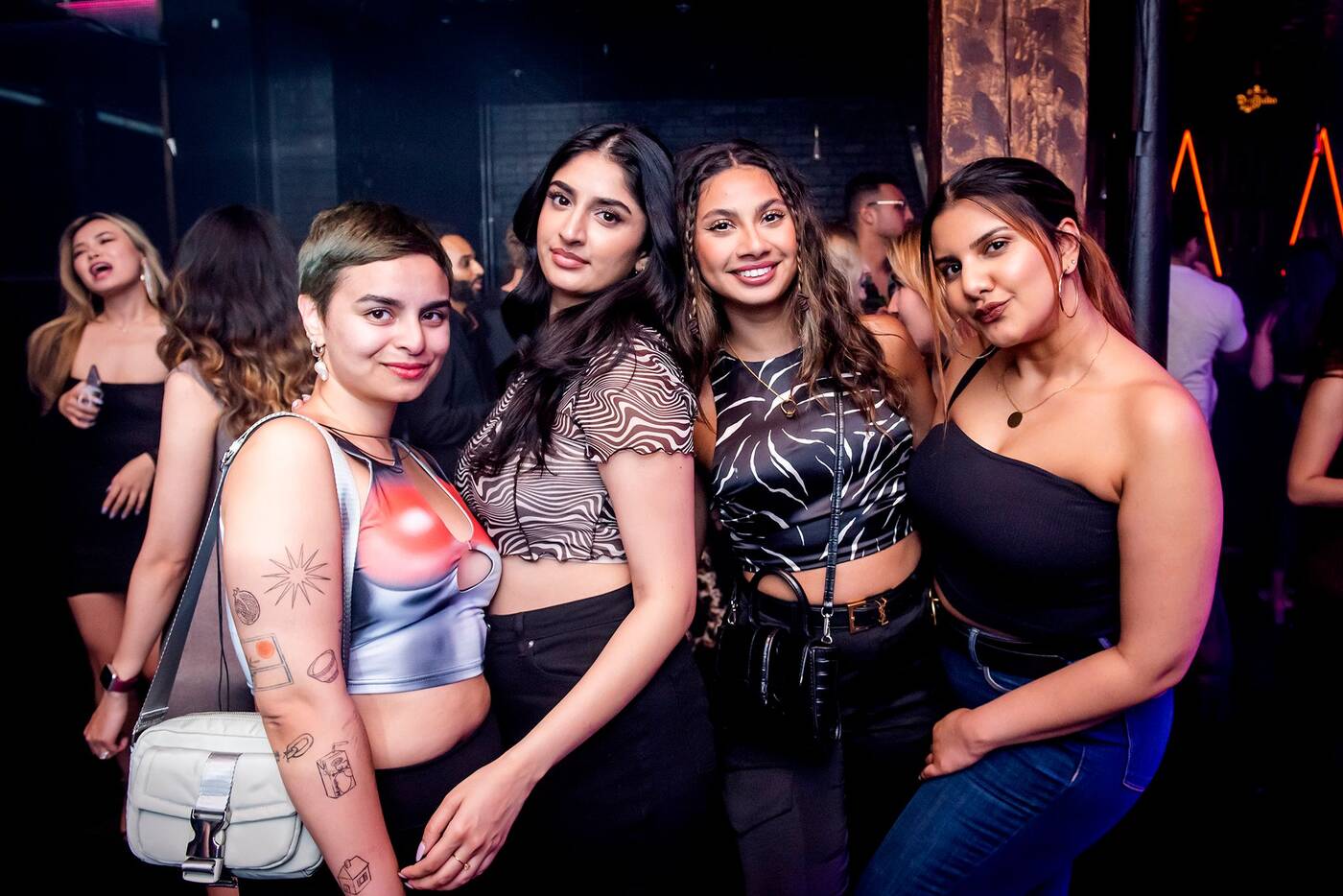 There are some King West nightlife spots that are really strict on dress code, but Century doesn't seem to adhere to the same rules. Don't show up in a track suit, but as long as it looks like you've put together an outfit for a proper night out, you should be fine. 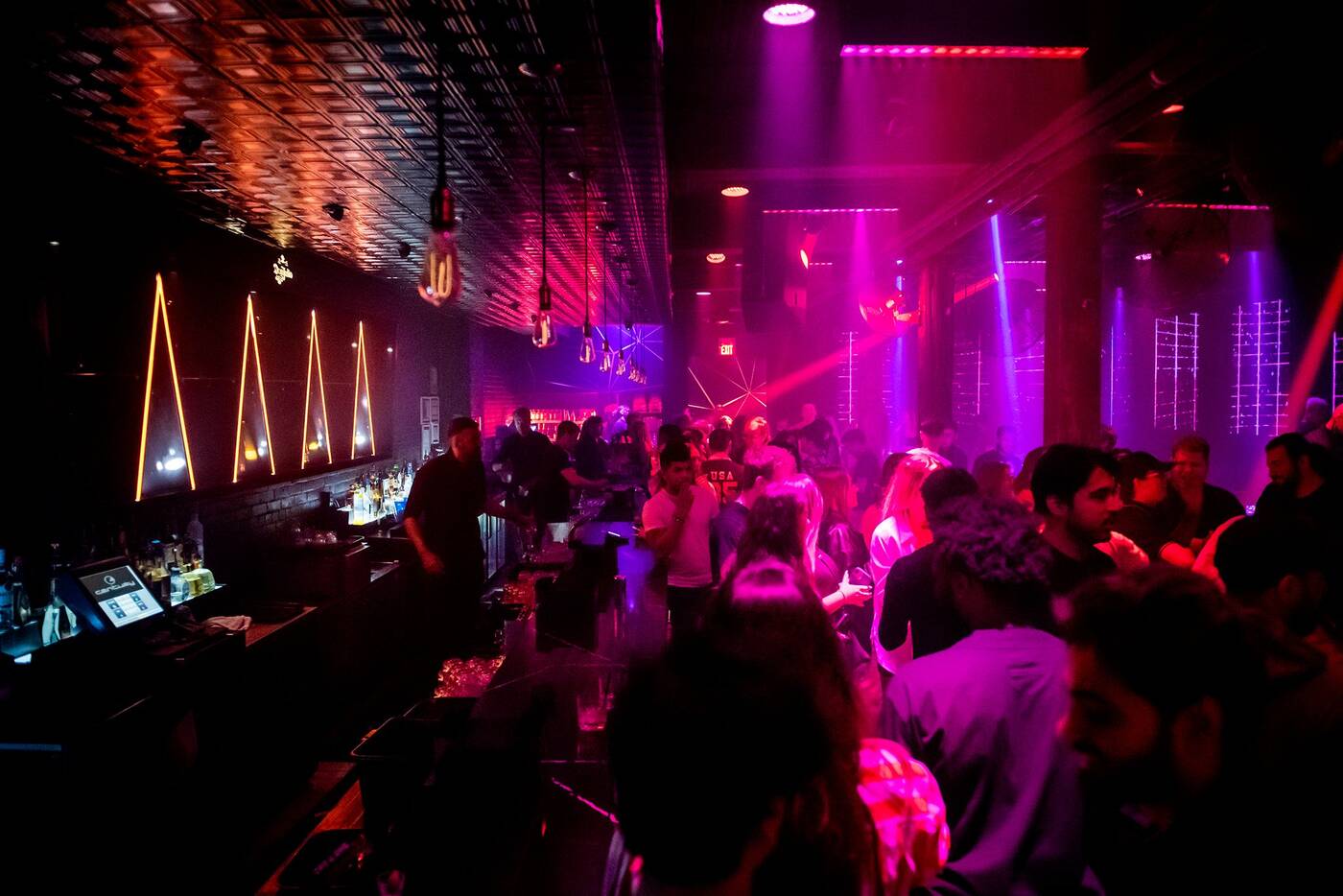 It's the light system that really steals the show at Century, as screen walls reflect a multitude of colourful digital patterns. 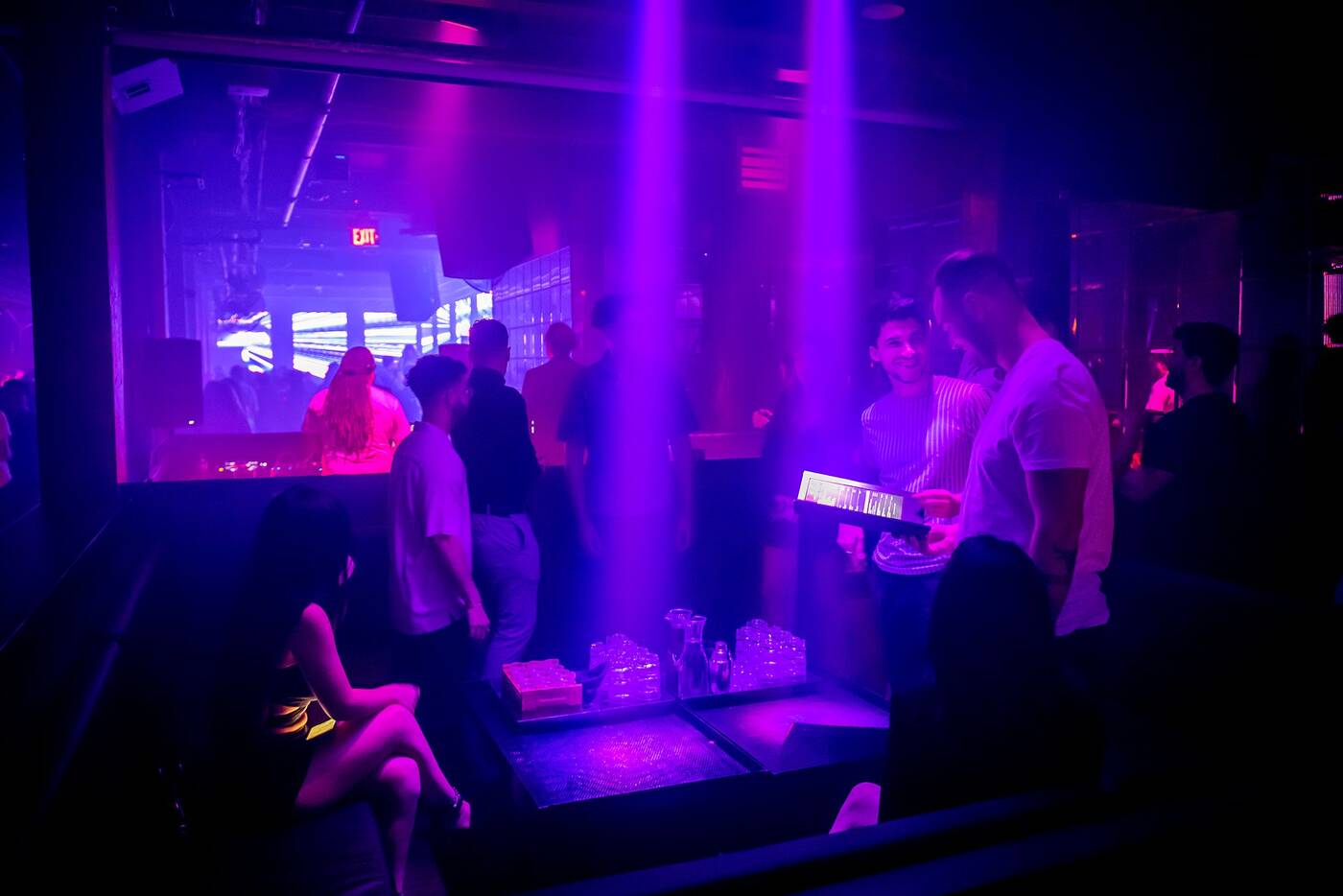 Plus a pretty aggressive smoke machine (it might be fun to get caught underneath it) and neon spotlights are sure to set the mood for the party environment you're looking for. 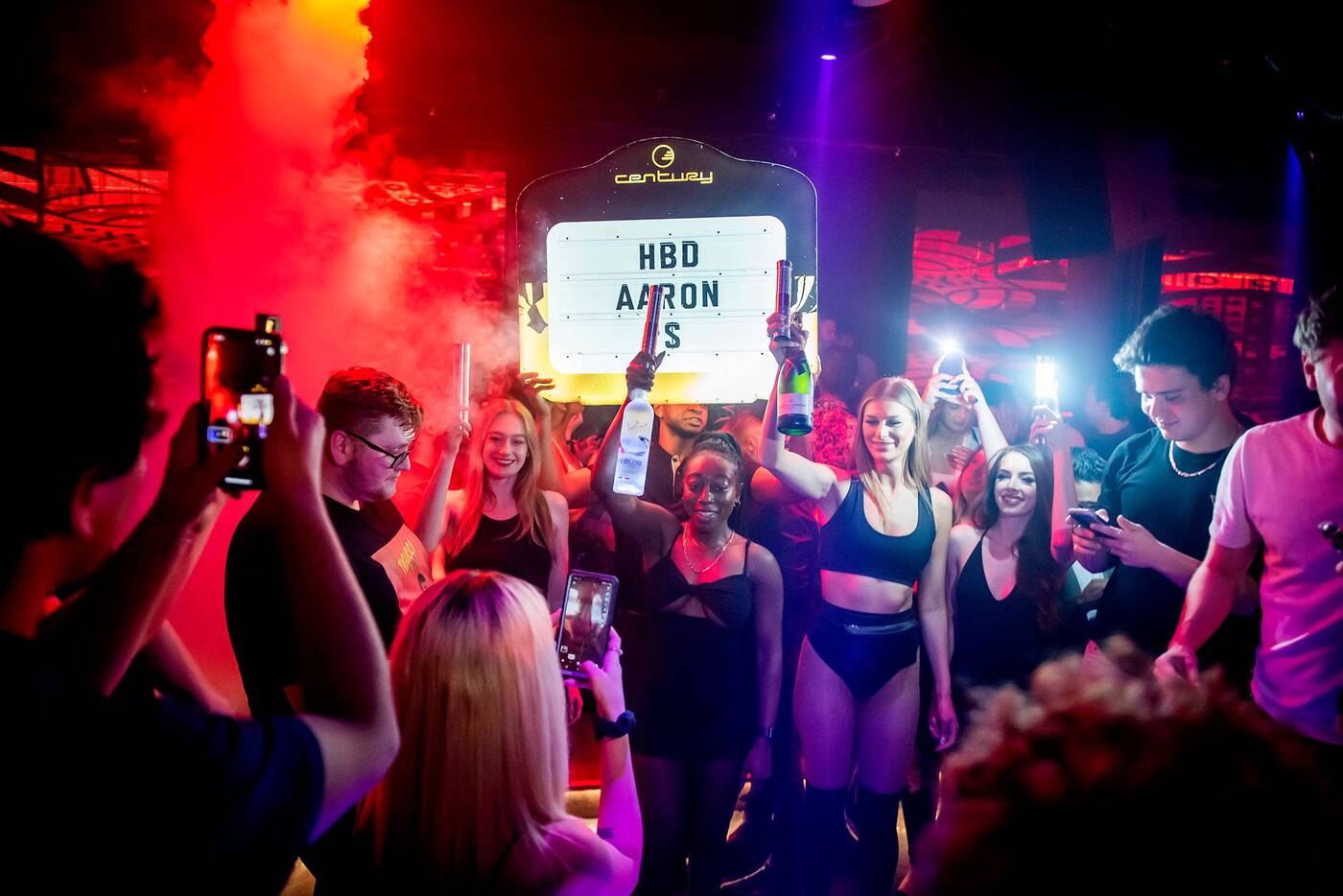 Depending on how much you plan to spend on a night out, bottle prices here range from a minimum of $300 (a standard bottle of vodka) to $1,000 for premium alcohols like Don Julio 1942 Tequila. 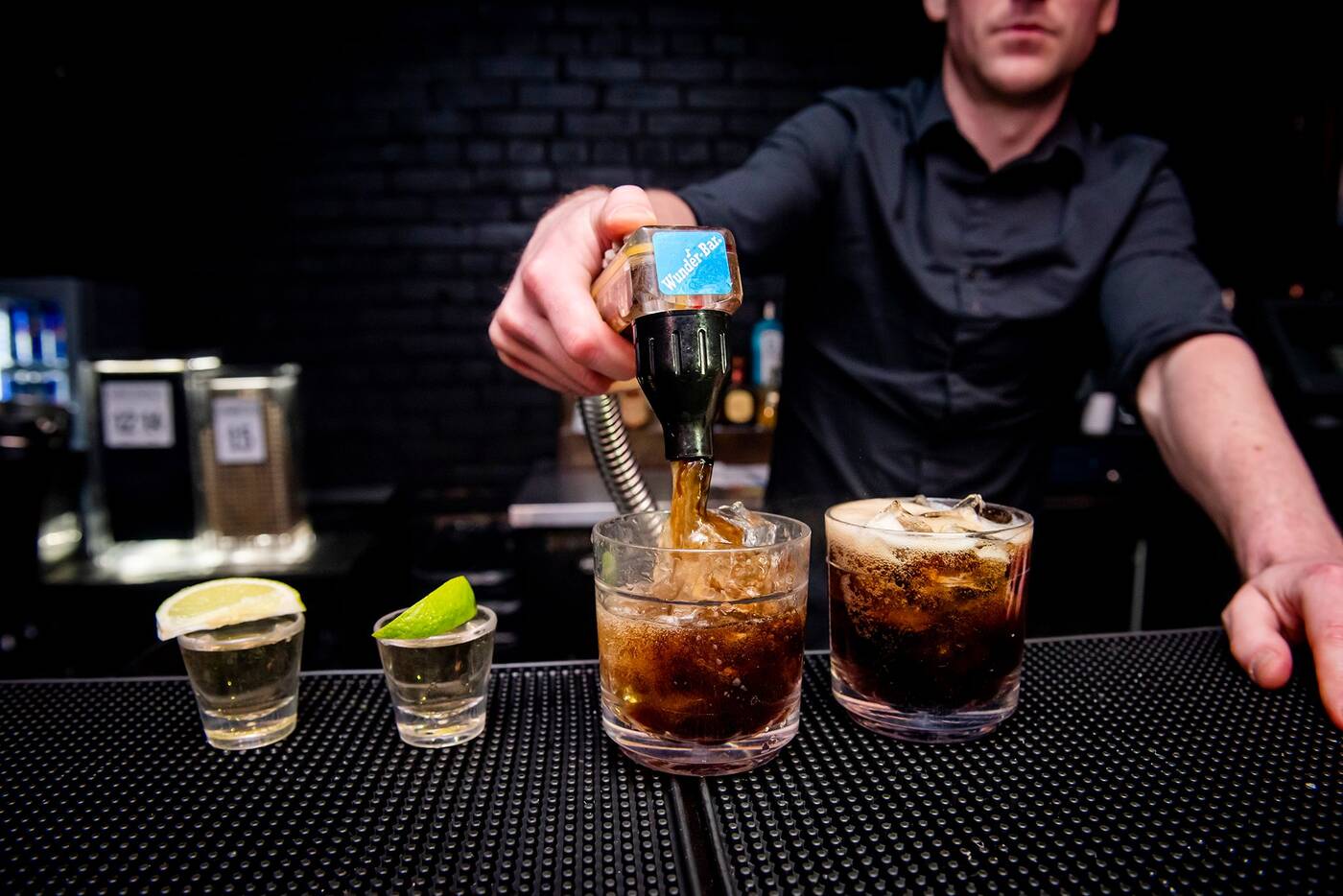 But if you're sticking to the basics, a standard mixed drink of rail alcohol is set at $9.00, with premiums going up to $15.00. 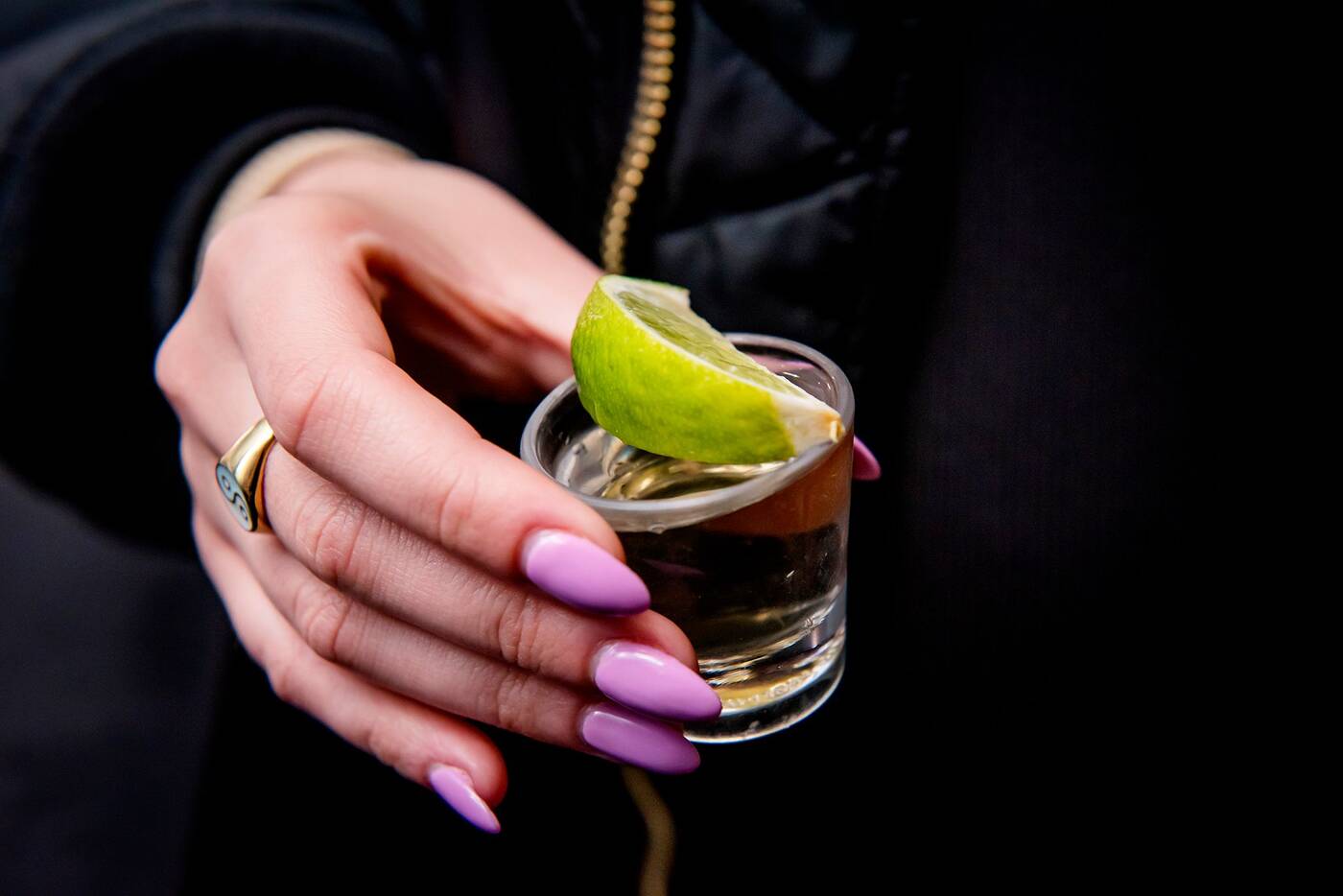 Shots are a standard for the nightclub scene, if you're grabbing a few for you and some friends, expect to pay about $9.00 each. 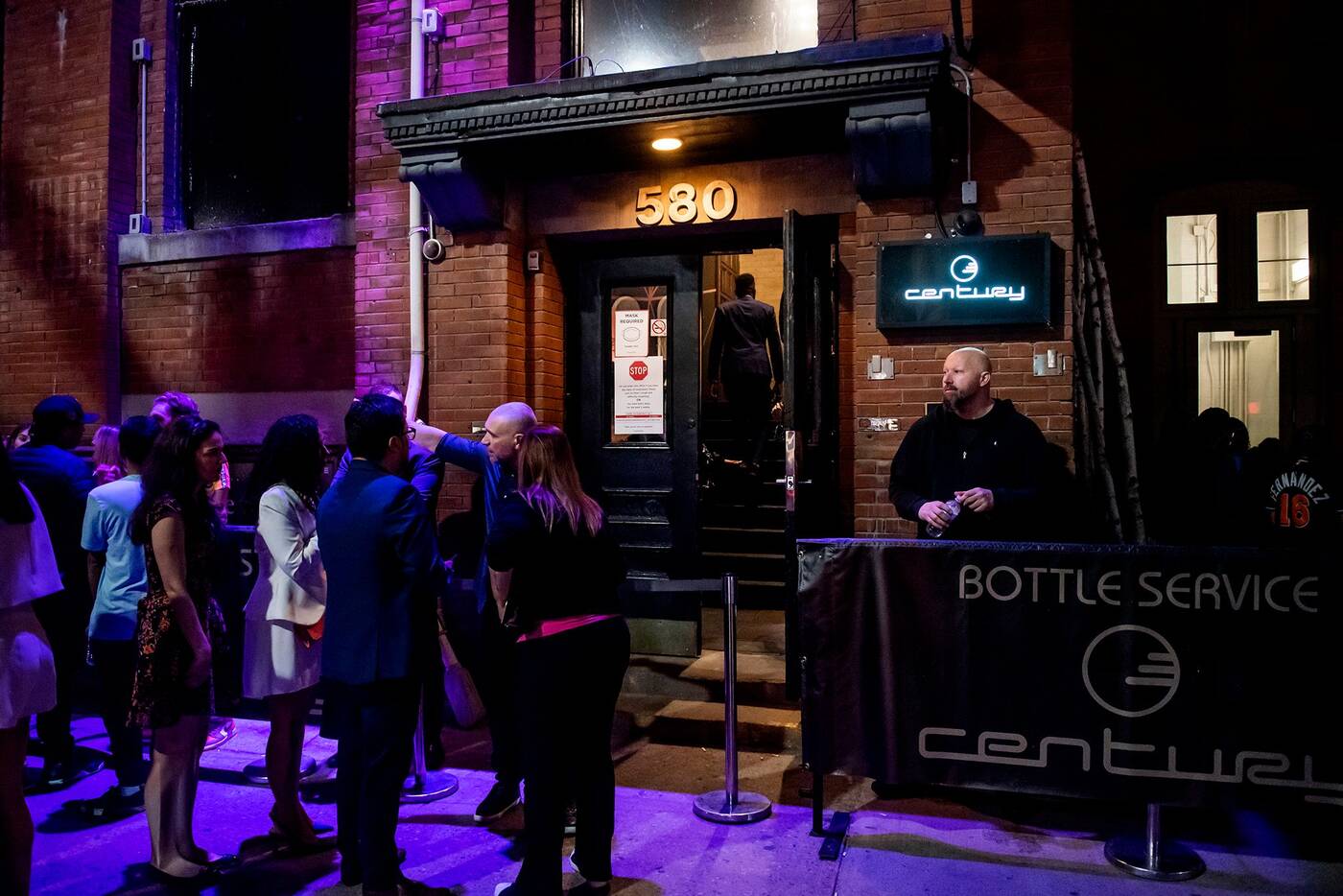 The lineup outside of Century tends to get longer the closer to midnight it gets, but you'll be entertained by the masses of people that pass by during the weekend on King West.