Candyland is a burlesque bar-meets-supper club-meets experimental theatre on King West , though even those three descriptors don't really accurately describe what Candyland is.

Candyland serves fancy cocktails alongside circus-esque acts. Candyland has upscale decor accompanied by beautiful paintings that have been defaced/enhanced with spraypainted genitals.

If King West was a high school in a '90s teen movie and most of the bottle-service and DJ-beats clubs were Abercrombie-outfitted jocks, Candyland would be the intriguing theatre kid from a rich family that used sharpie for eyeliner. 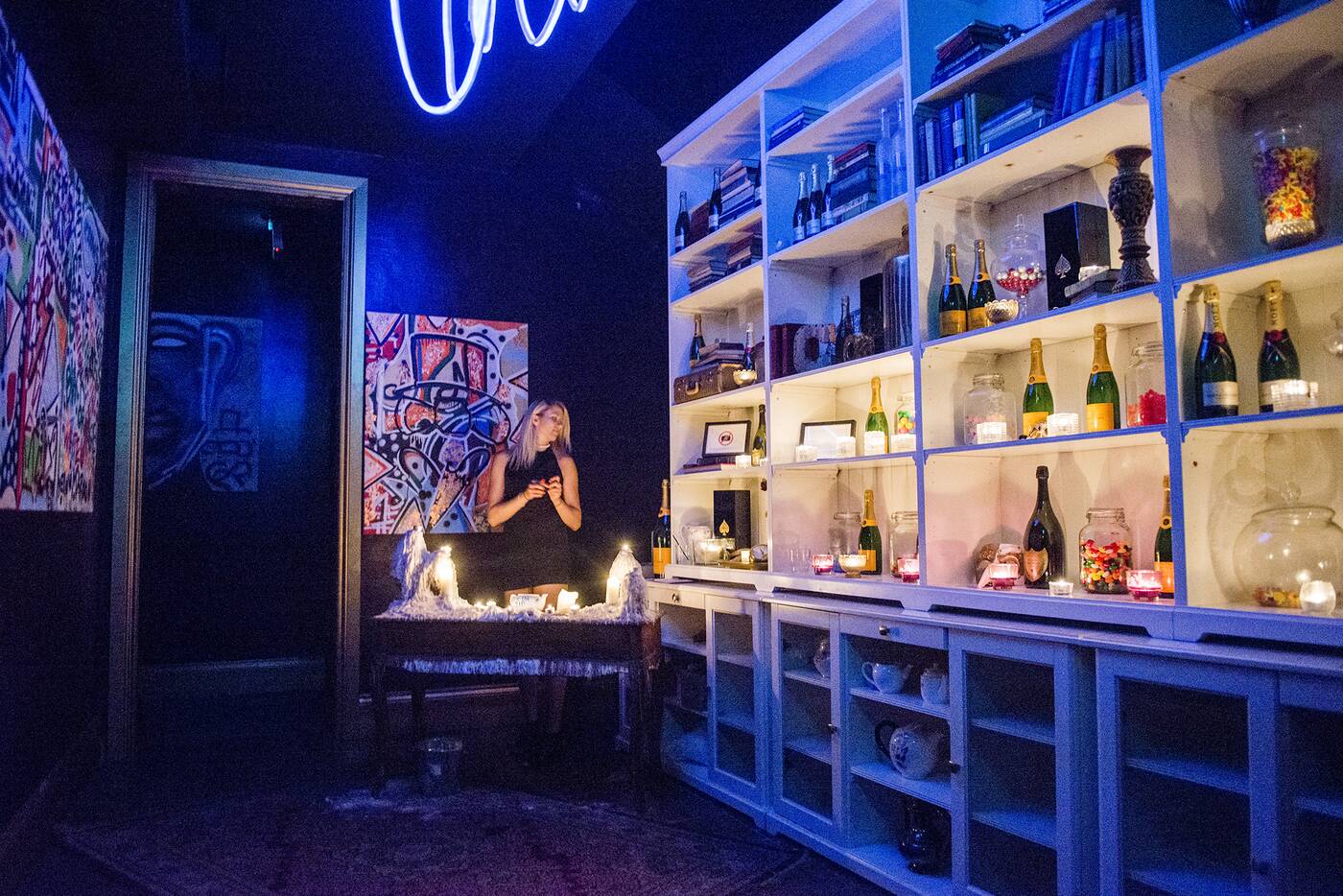 I visited Candyland late on a Friday night. Though I am outwardly an adult woman, I have the personality of a tween who attended a Catholic school with no sex-ed.

Candyland doesn't have any exterior signage or indication of where you are but a wall of candy in the front foyer, the perfect mix of exclusivity, intrigue, and high-fructose corn syrup. 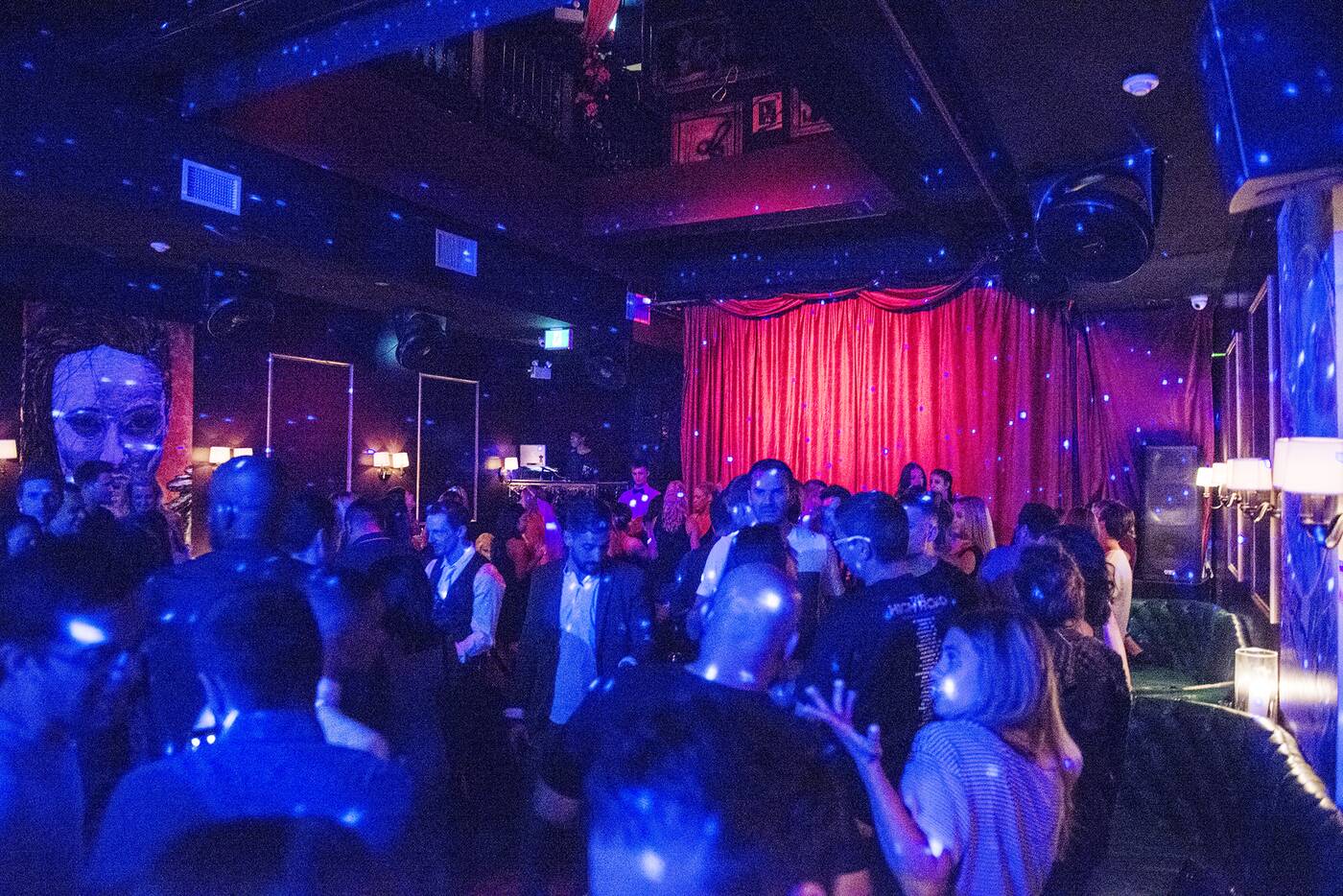 After walking through the hall and paying a show fee ($30 on Saturday, $20 otherwise), the space opens into a large room.

It's set up similar to a theatre, with booths lining the perimeter and some in the middle, all facing the large stage.

In the back, there's a beautiful custom-built bar with a stunning lighting fixture that somehow reminded me both of Pollock's Number 13A and Homer Simpson's hair.

Art from local artists like Daniel Longo and Ryan Joseph (all of which is for sale) line the walls, and an unobstructive DJ booth is situated beside the stage for between-act entertainment. 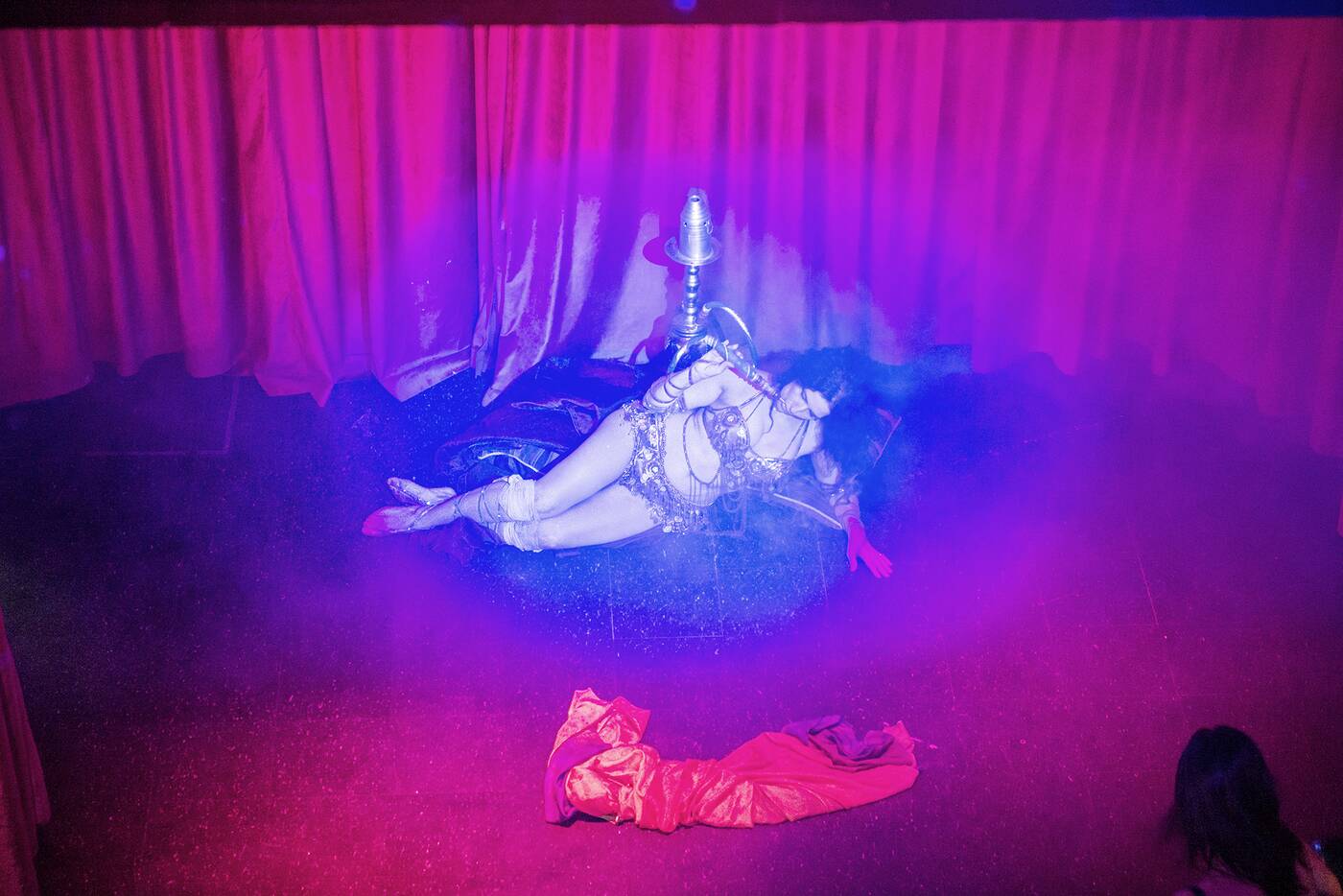 Upstairs, there's a small mezzanine looking out over the bottom floor with a prime view of the stage. 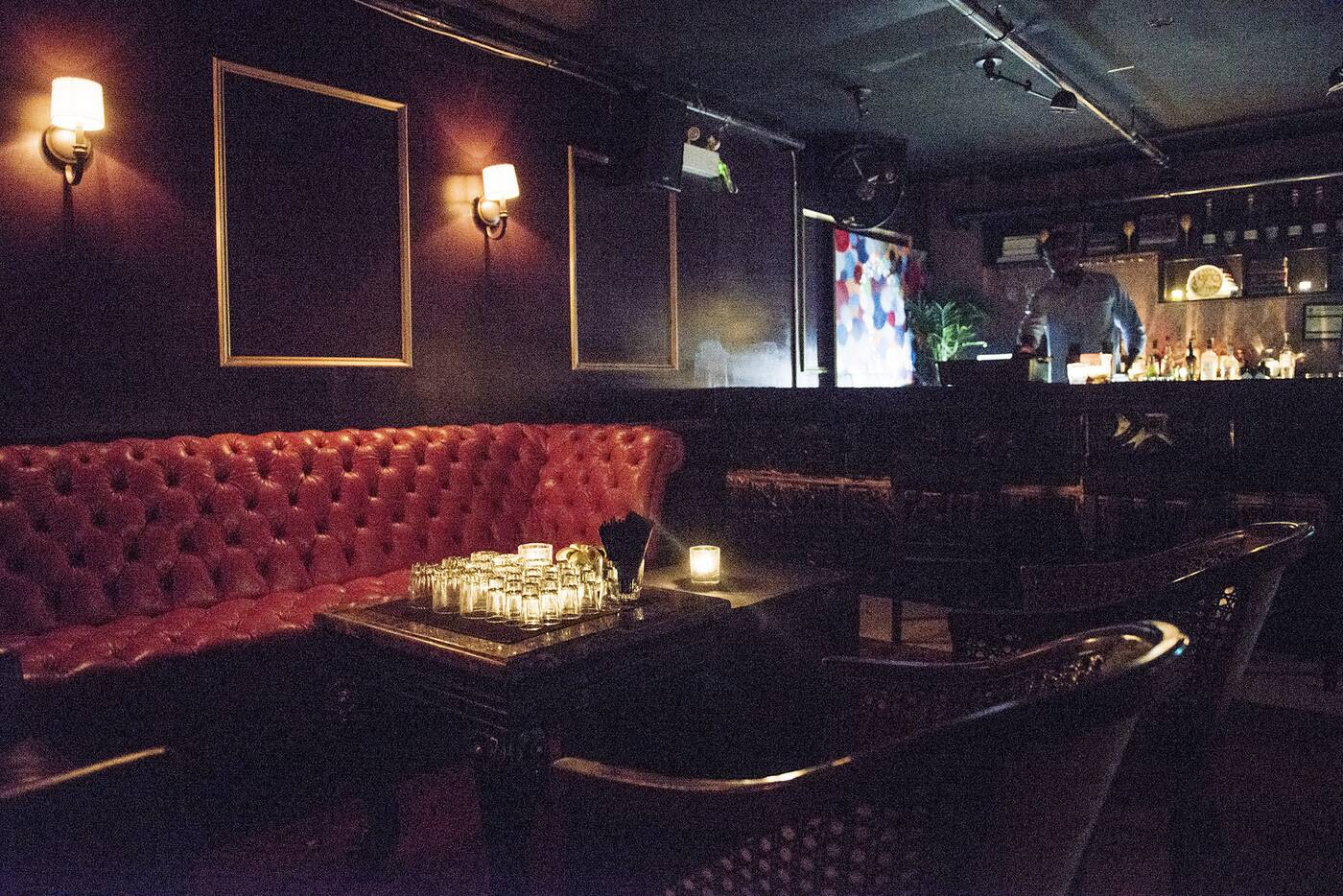 The mezzanine also has a few booths and a bar, and is decorated with paintings that have been graffitied over with the type of doodles you'd see carved into a middle school desk or amidst a rorschach test if you're stuck in the third stage of psychosexual development.

As I made my way back downstairs, the stage came to life and the show started. Candyland usually has five to seven acts per night starting at 11 p.m. They range from aerial silks to contortionism to fire performers and more, with different acts and themes every weekend. 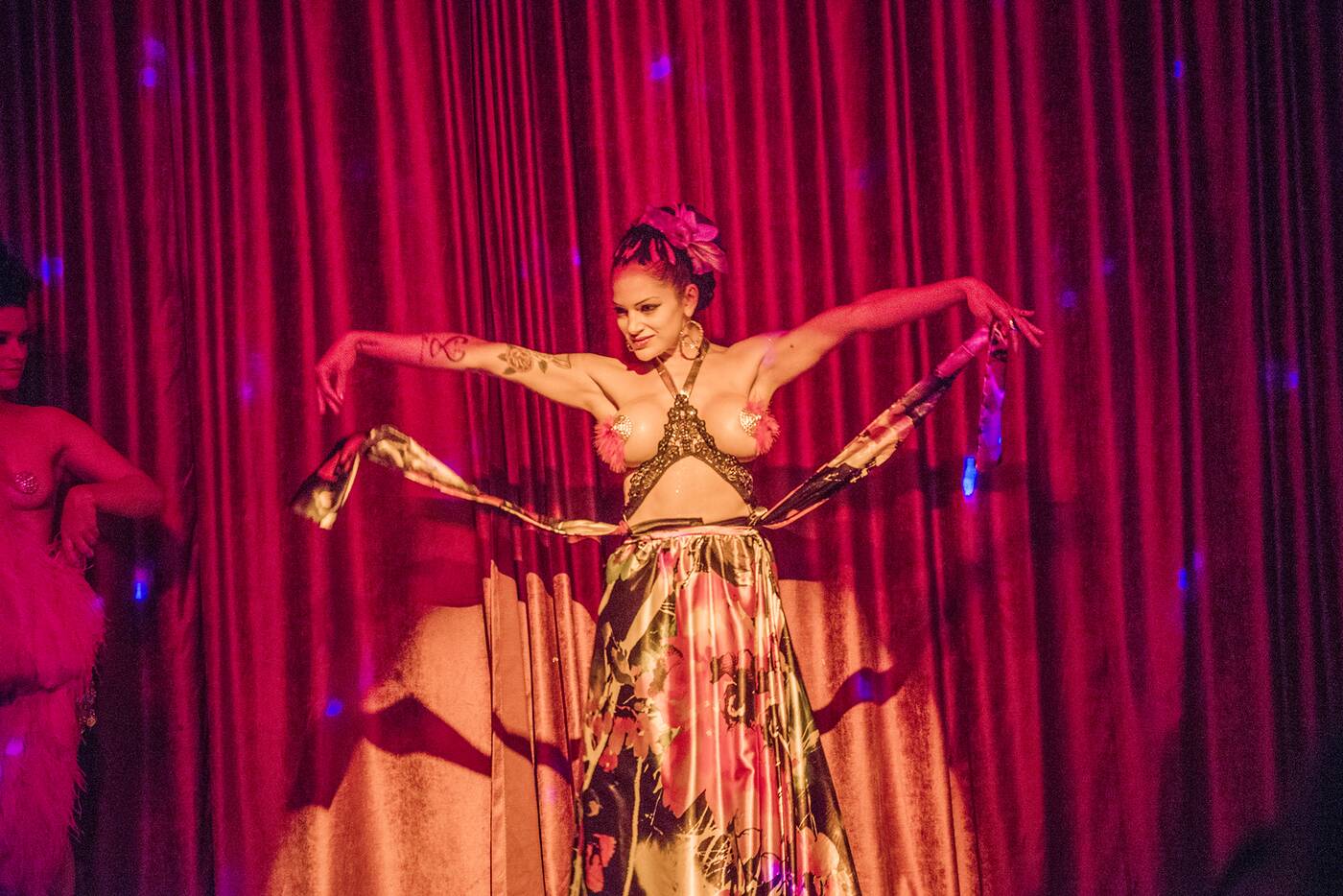 Though the acts are usually a sexier version of something you'd see at Cirque du Soleil (think aerial silks, contortionism, and fire performers), they can and are anything that is both interesting and arousing (for example, someone casually mentioned that the host had shaved her head onstage the previous week as her act).

I stayed for two acts, both of them spectacular. There was a troupe of belly dancers who I watched in hypnotized awe, and inspired me to think more seriously about working my core.

I also saw a burlesque show, equally fantastic, which inspired me to think more seriously about really just hitting the gym in general and maybe doing getting my hair done and thank god I have an okay personality. 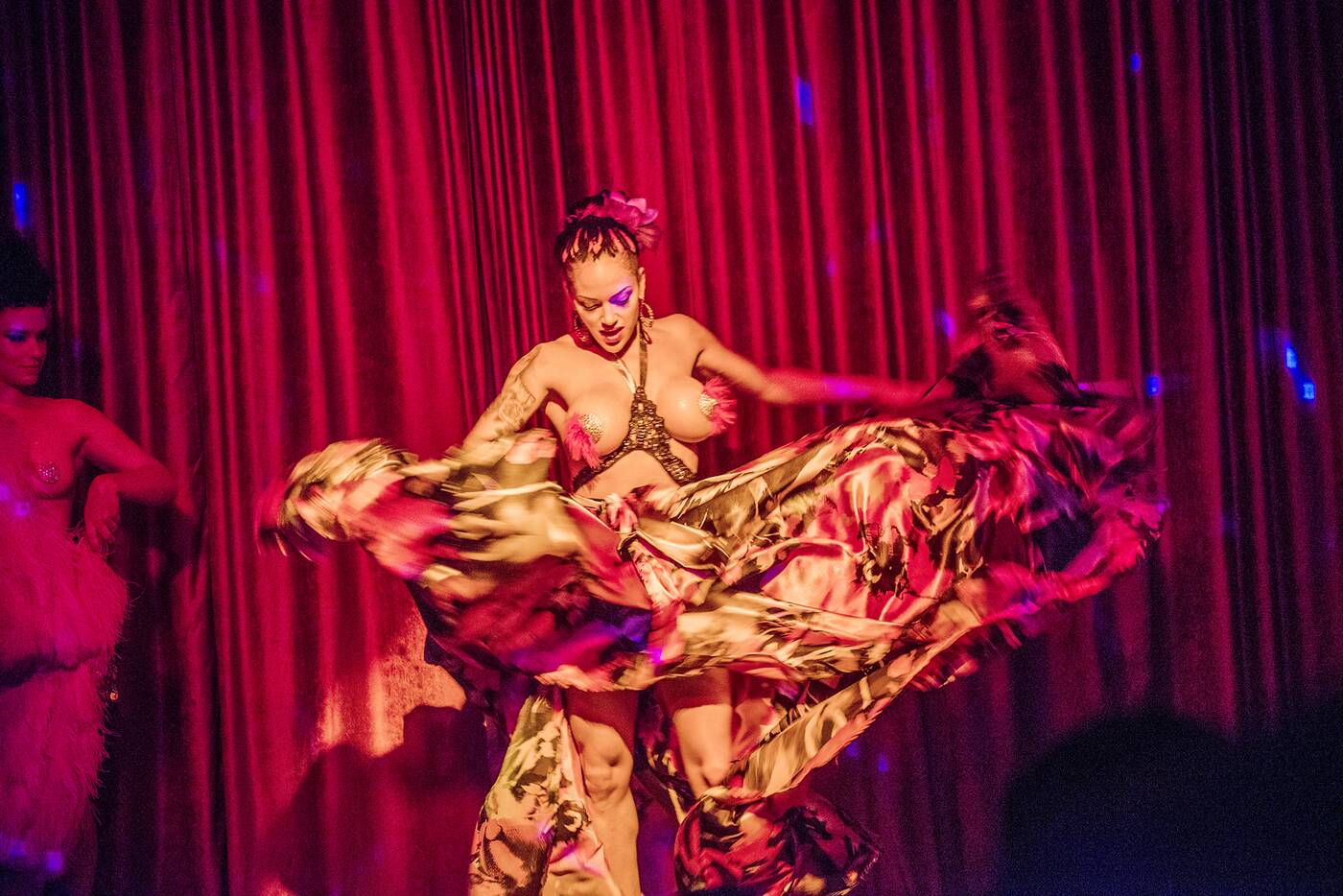 I cooled down in between sets with a tequila and ginger beer ($10), which was sweet, spicy, and strong.

Though Candyland doesn't have a dance floor, the party was packed and pumping in between acts. Servers delivered bottles of champagne with sparklers and birdcages.

A woman in a trenchcoat with no sleeves pounded back a drink. Another woman stood on a booth, nonchalantly waving a single long-stemmed red rose back and forth.

As I left, it seemed crazy that this entire world existed behind an unmarked door I had, hours earlier, walked past on the hunt for yet another rattata. This exciting, exclusive, and entertaining underworld is definitely one worth visiting.

Though the show fee and drinks can add up to an expensive night, it's totally worth it for the amazing acts and cool vibe.

Like the intriguing theatre kid, Candyland can seem weird from afar, but after a brief introduction (and maybe a quick getting-to-know-you montage), it's hard not to fall in love. 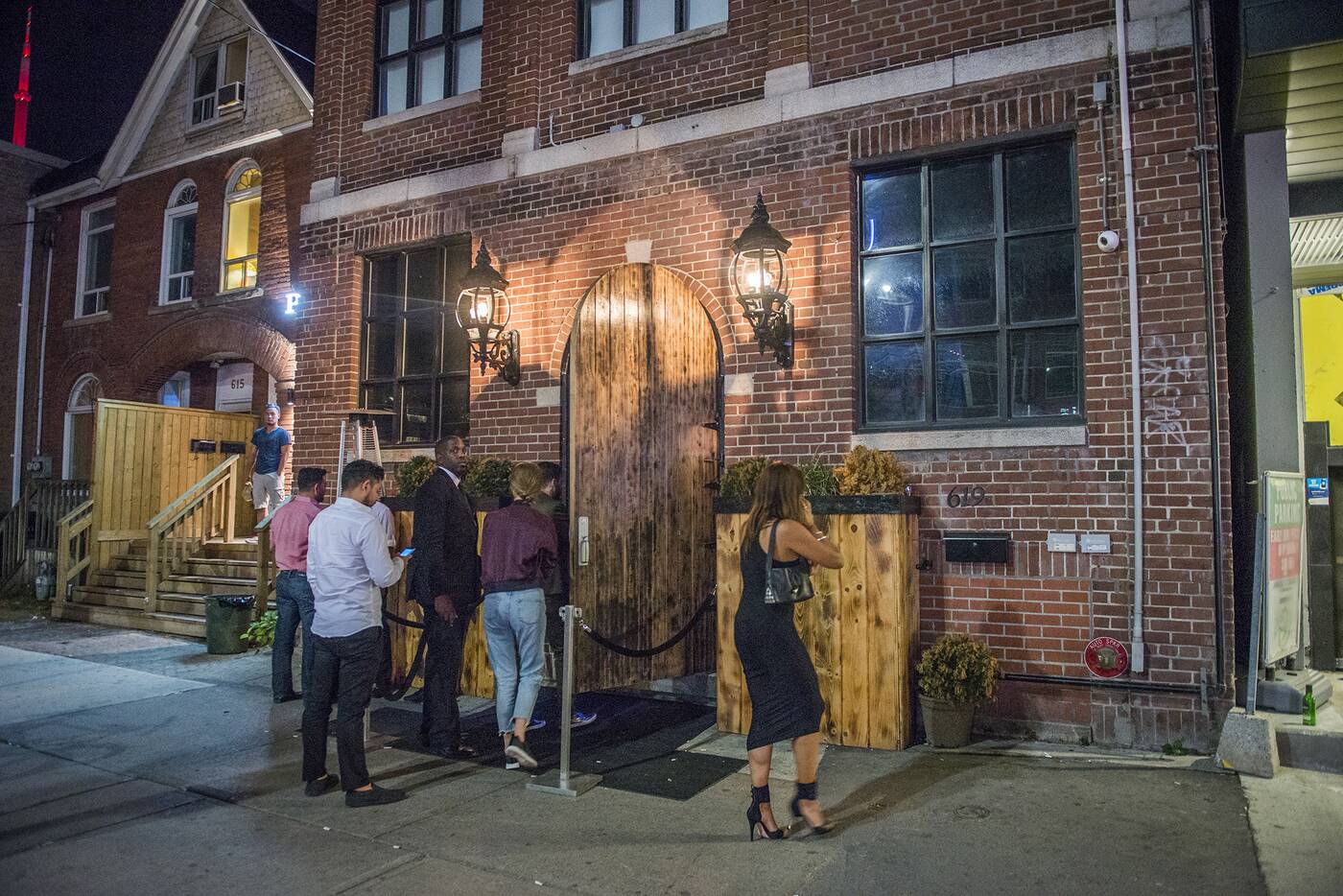