Brewhaha is a revamped concept craft beer lounge sitting in one of the oldest English pubs in Toronto, in the basement of Duke of York on Prince Arthur.

While still retaining a classic feel that appeals to local university students just around the corner, they’ve amped up the vibe to play off the history while modernizing with a menu of dozens and dozens of craft beers. 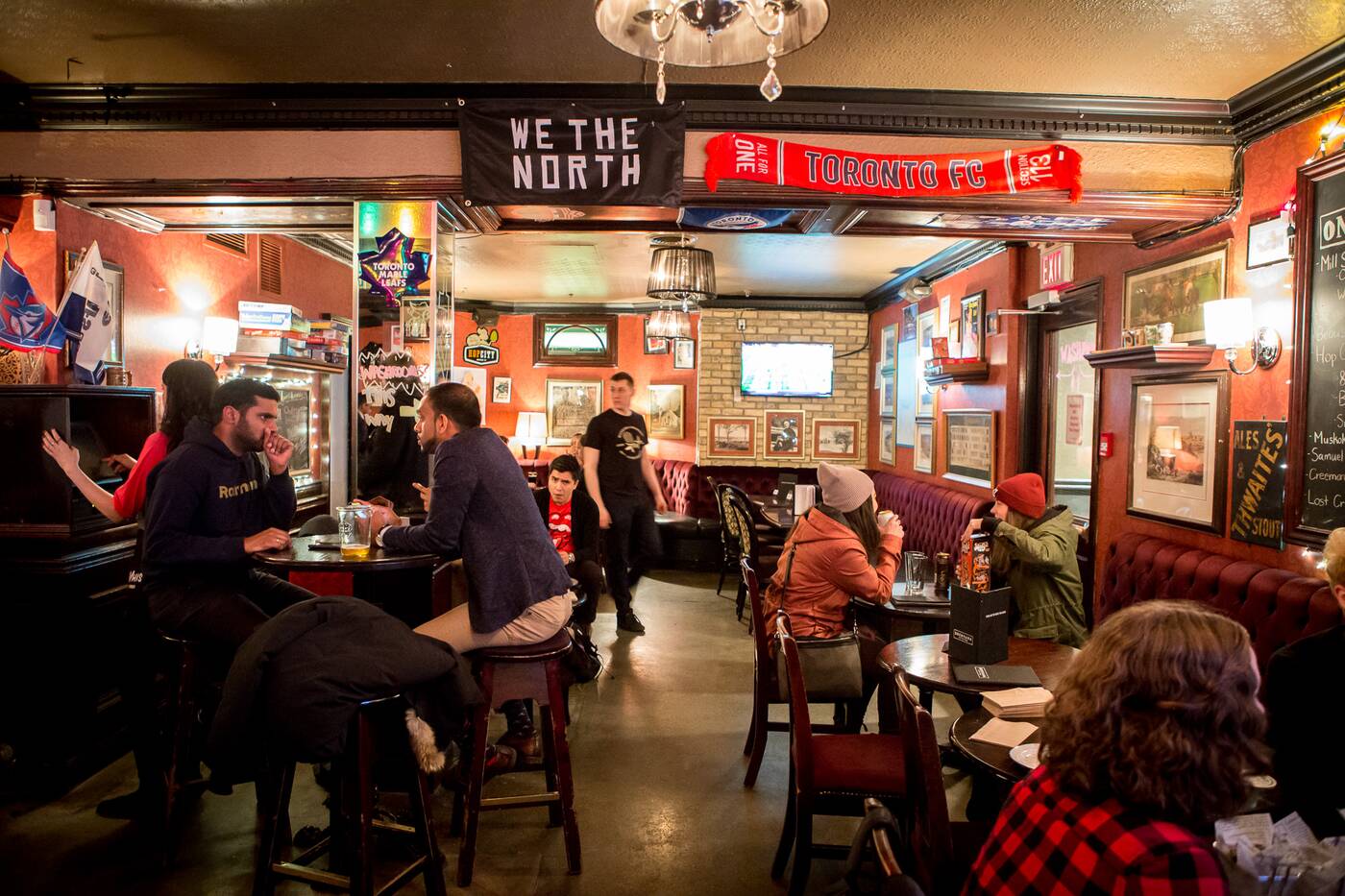 Entry is down a set of steps past a small, sunken patio. It feels dim and cozy without being too low-ceilinged, abundant strings of lights and chalkboards with beer features all around. 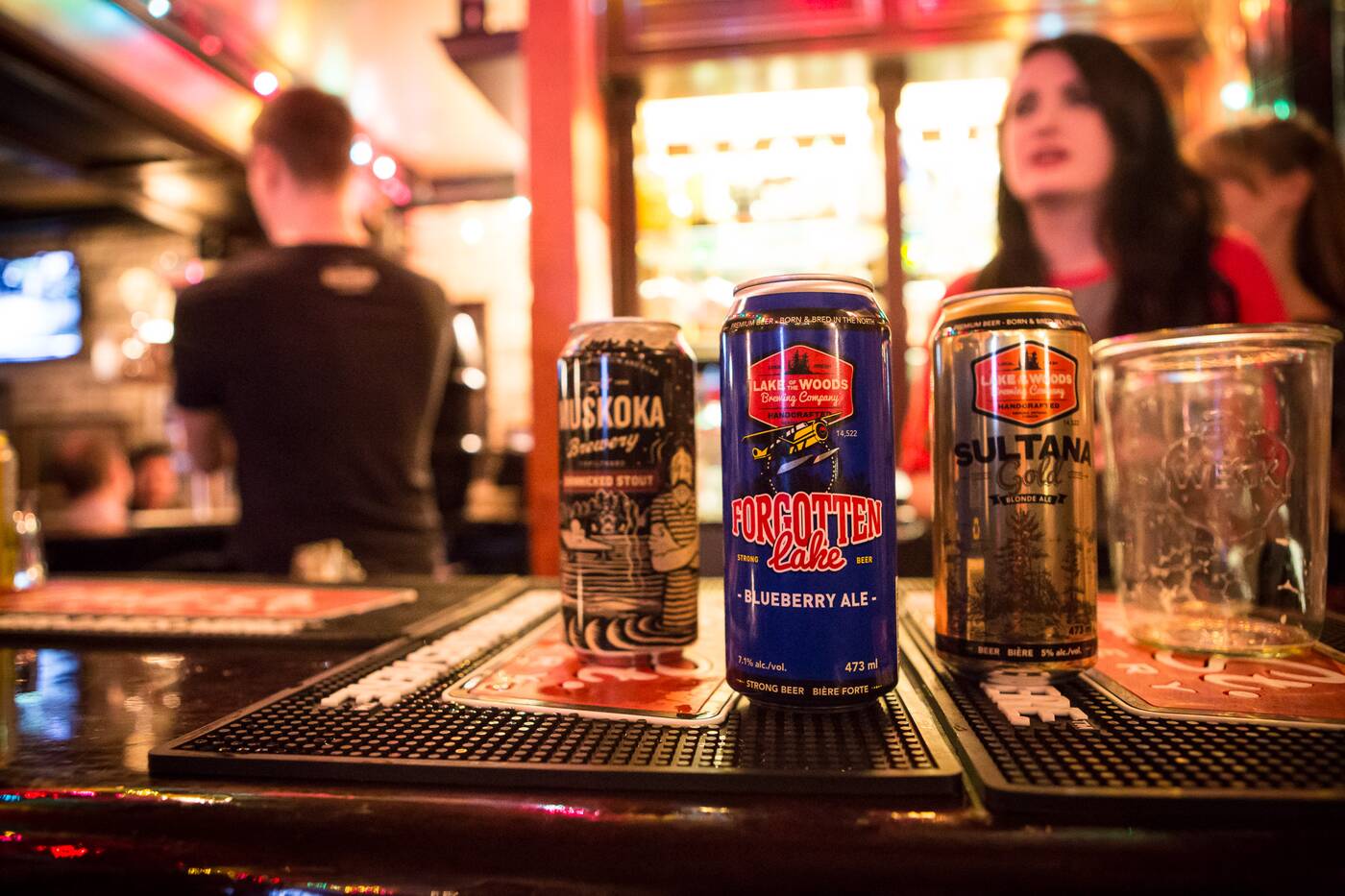 I’m impressed by the up to forty beers they’ll have on any given night, including a range of tall boys such as Lake of the Woods Forgotten Lake Blueberry Ale. This beer wows me with its unique flavour that tastes undoubtedly like blueberry without crossing being gimmicky. 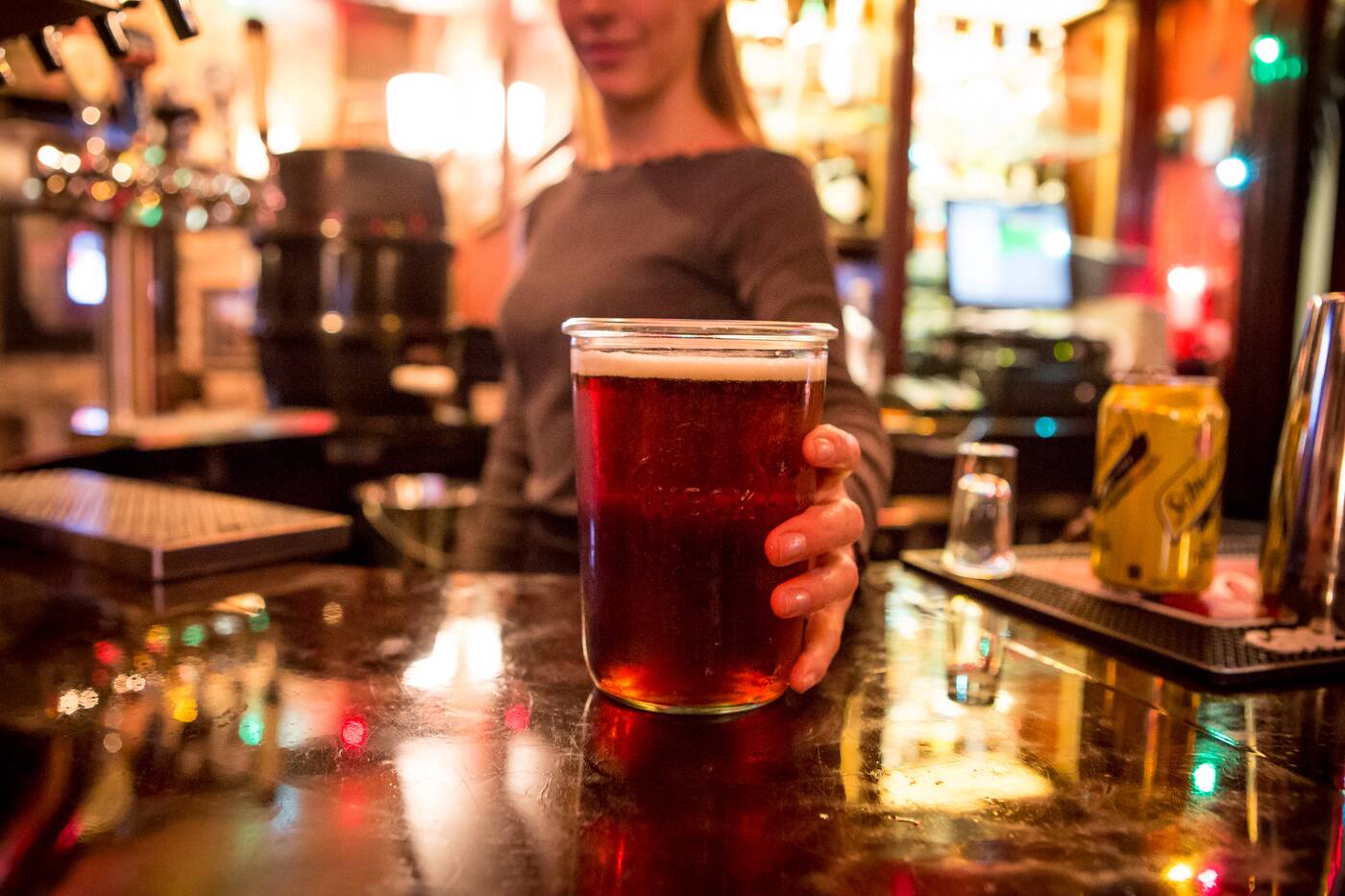 Brewhaha offers draft served in quirky “Wekkies,” which hold a whopping twenty-two ounces of beer. I’d recommend something easy-drinking for such consumption, like the smooth amber Barking Squirrel from HOp City that’s in this particular massive glass. 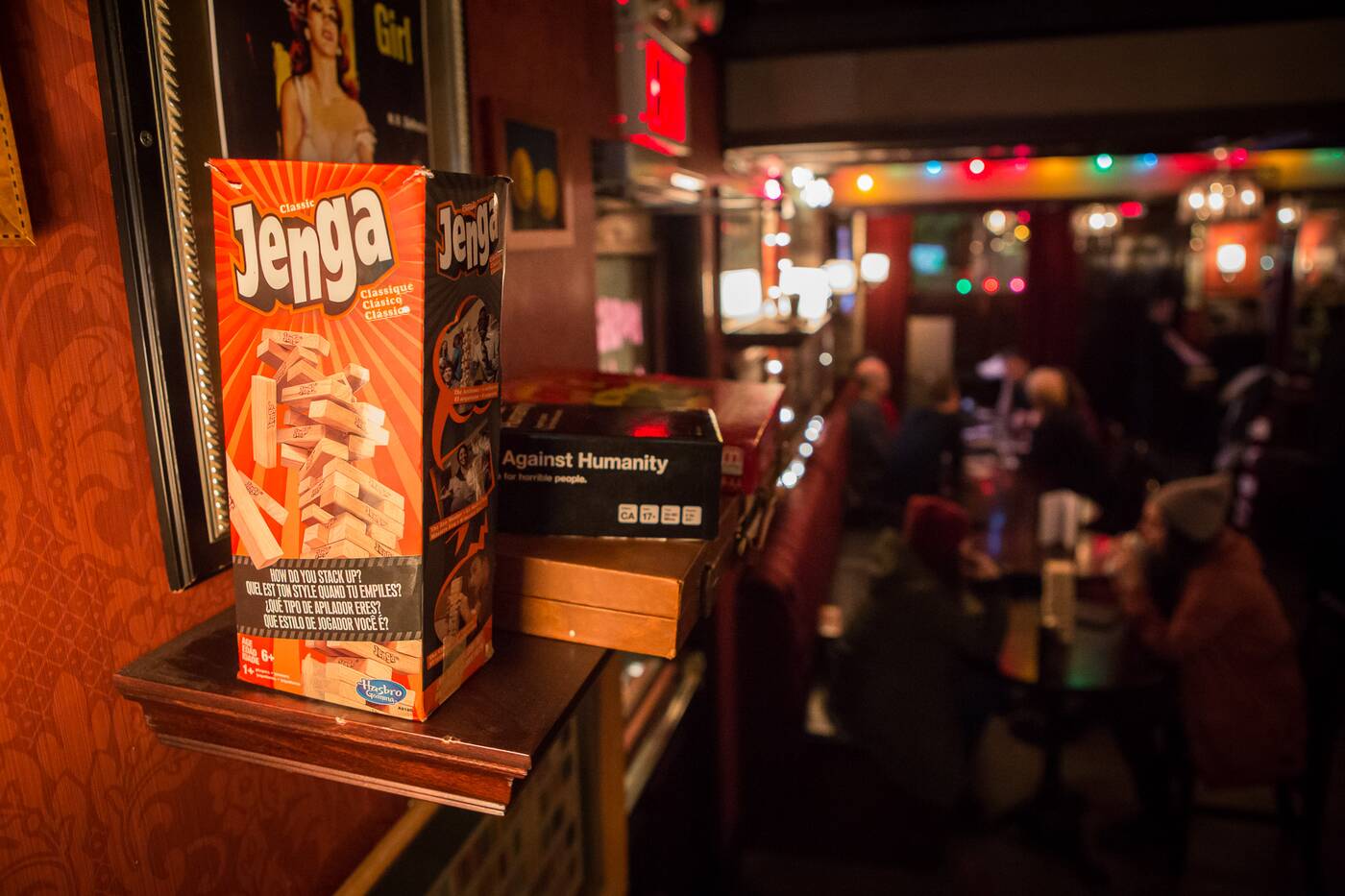 Board games are scattered about the bar, adding to the college vibe but also giving some cottage feels at the same time with so much craft beer flowing in this homey environment. 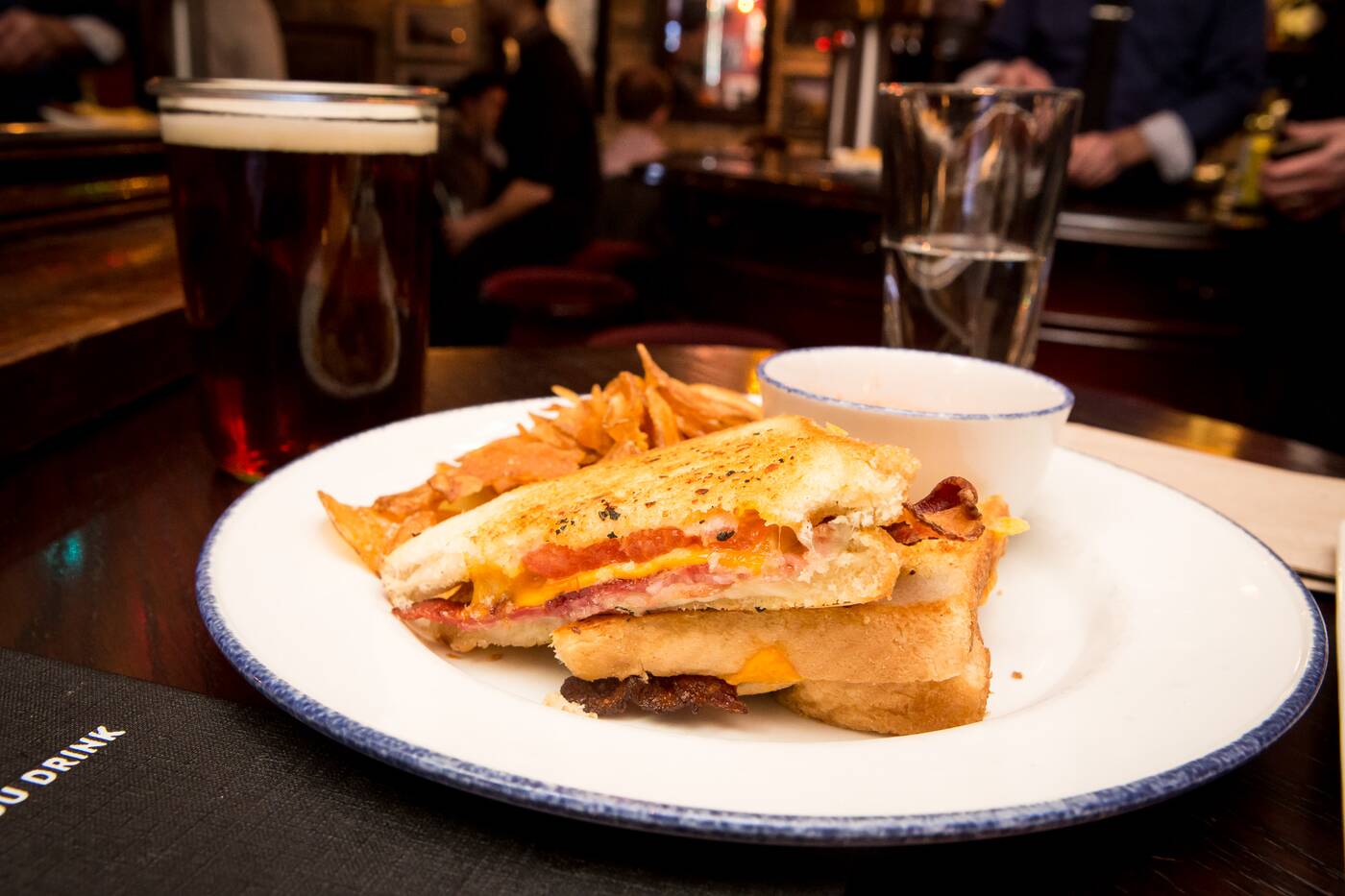 Noshing here is limited to basic bar food, but there’s enough creativity in the menu to save it from being blah. The parmesan crusted grilled cheese sandwich ($7.99) is stuffed with tomato and bacon and served with house made ketchup kettle chips that I would actually totally buy in a store and a tomato sauce that cuts the herby, crusty sandwich. 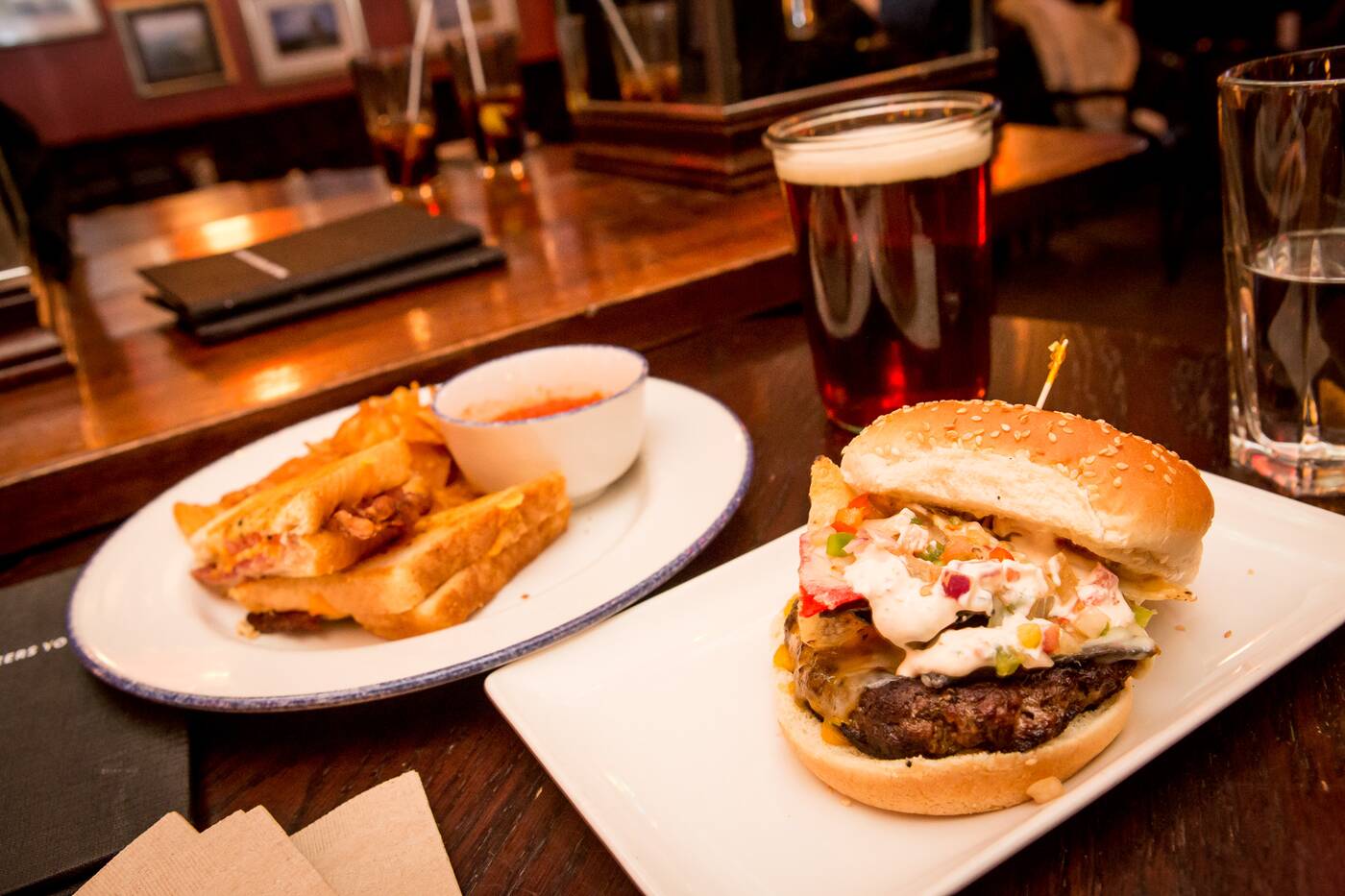 This certainly is “Nacho Average Burger” ($10.99) as it’s called on the cheeky menu, but it’s sure to satisfy dudes who have pounded a few pints and can’t decide between nachos and a juicy burg. It’s topped with rainbow tortilla chips, pico de gallo and sour cream and actually has a pretty nice spice and good texture. 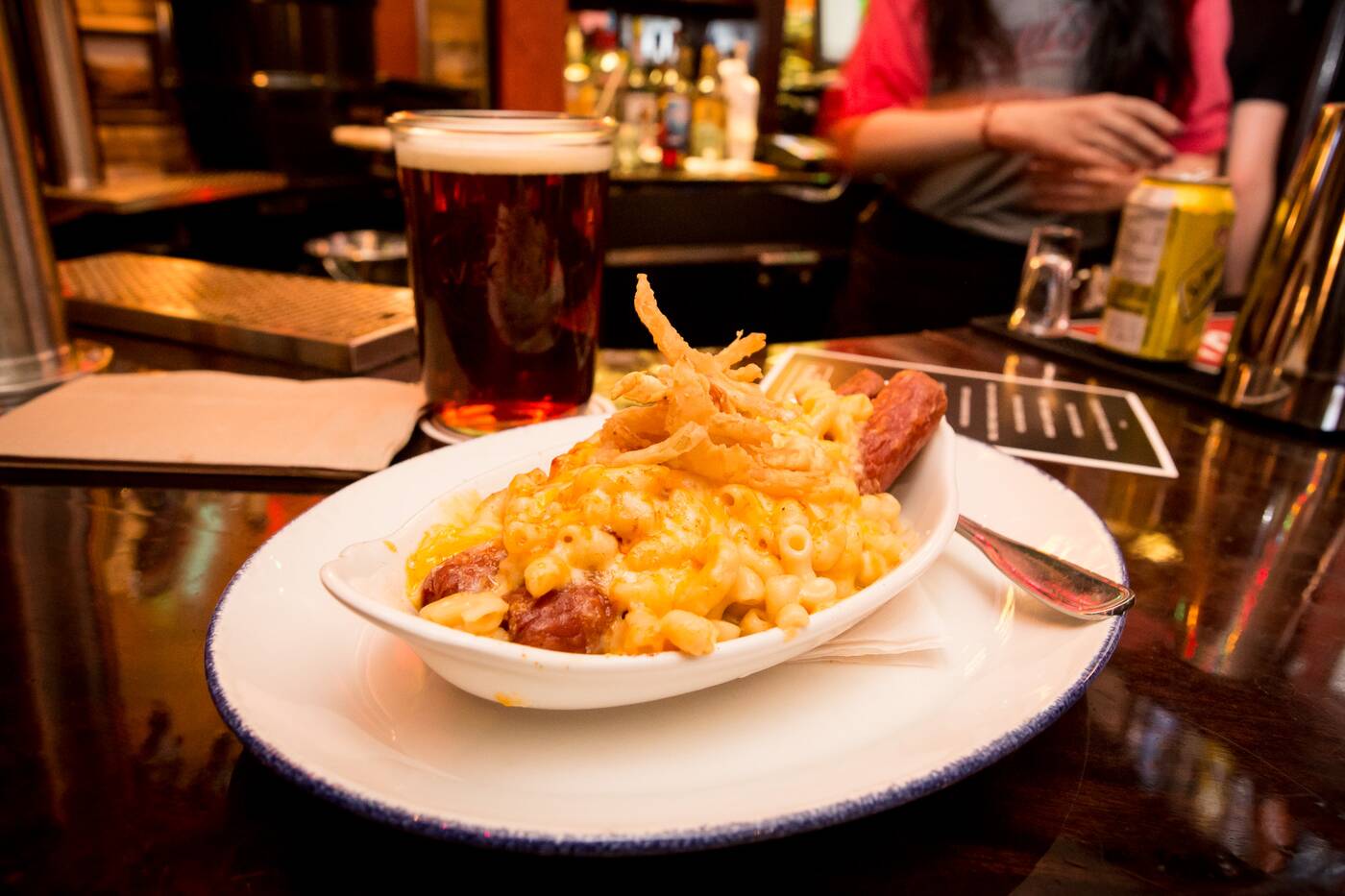 For another well-named dish there’s the Cheesy Weiny Mac n Dreamy, two giant Nathan’s all-beef wieners topped with a heap of mac and crispy onions. The mac is gluey but has that stretchy cheese factor and has the same shareable, simple, filling qualities as the rest of the food. 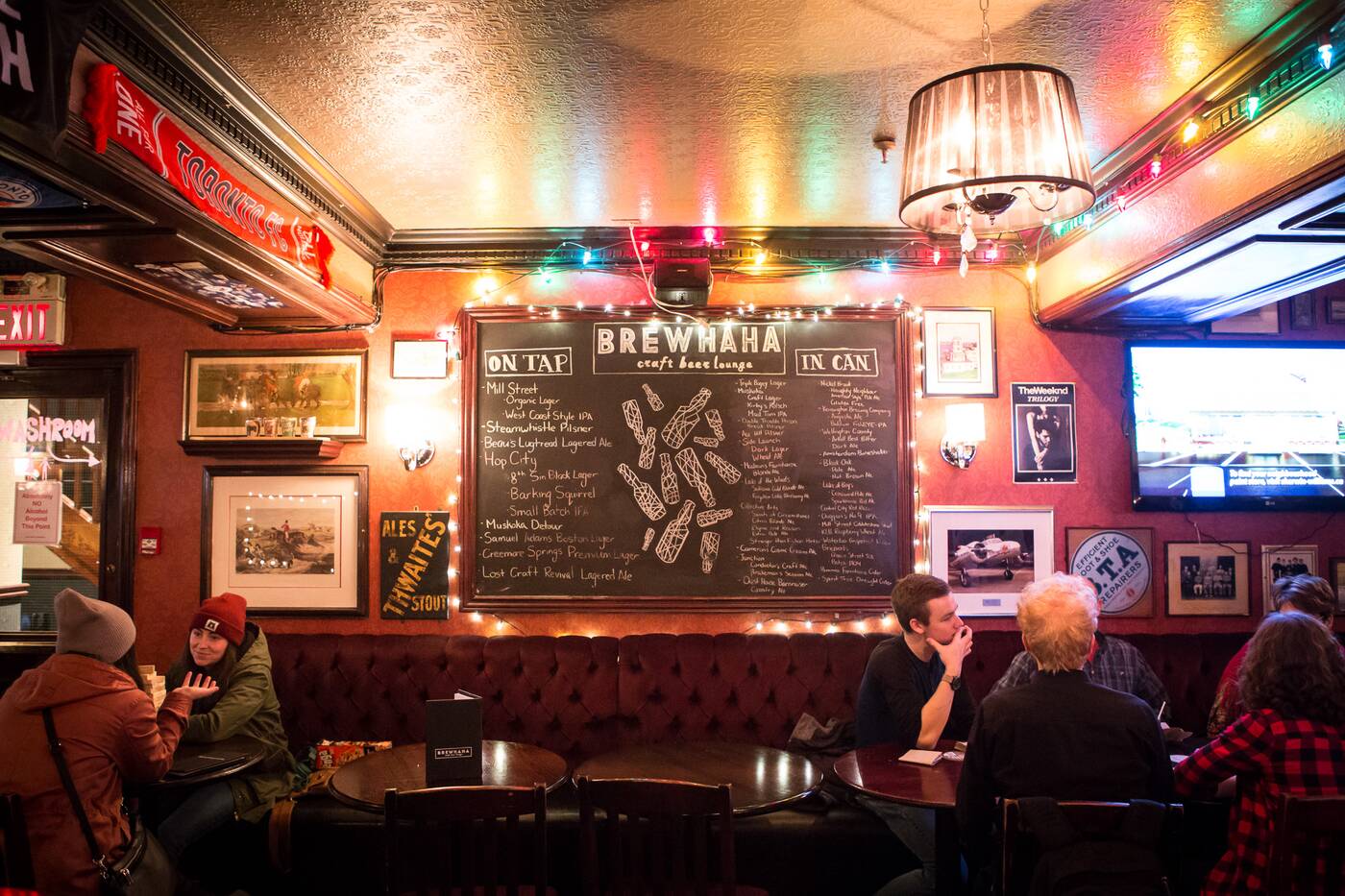 Just don’t wander upstairs to Duke of York by accident thinking it’s the same place, because although they do operate in synergy they are separate establishments. 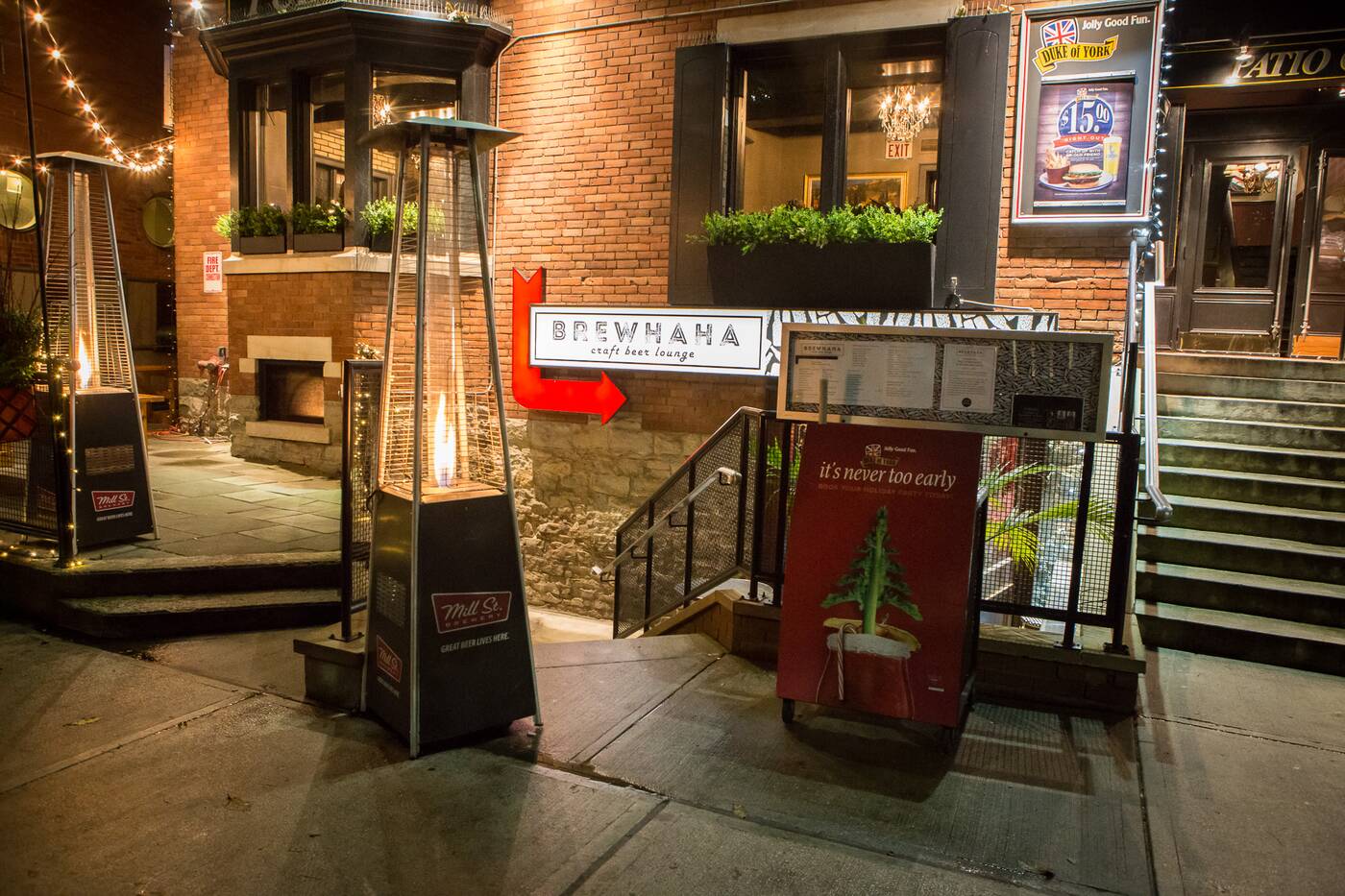