Owner Alexander Pivnick is a former chef and longtime member of Toronto's hospitality industry. He got his start in Montreal's food scene and did stints at Ascari and Rosalinda. 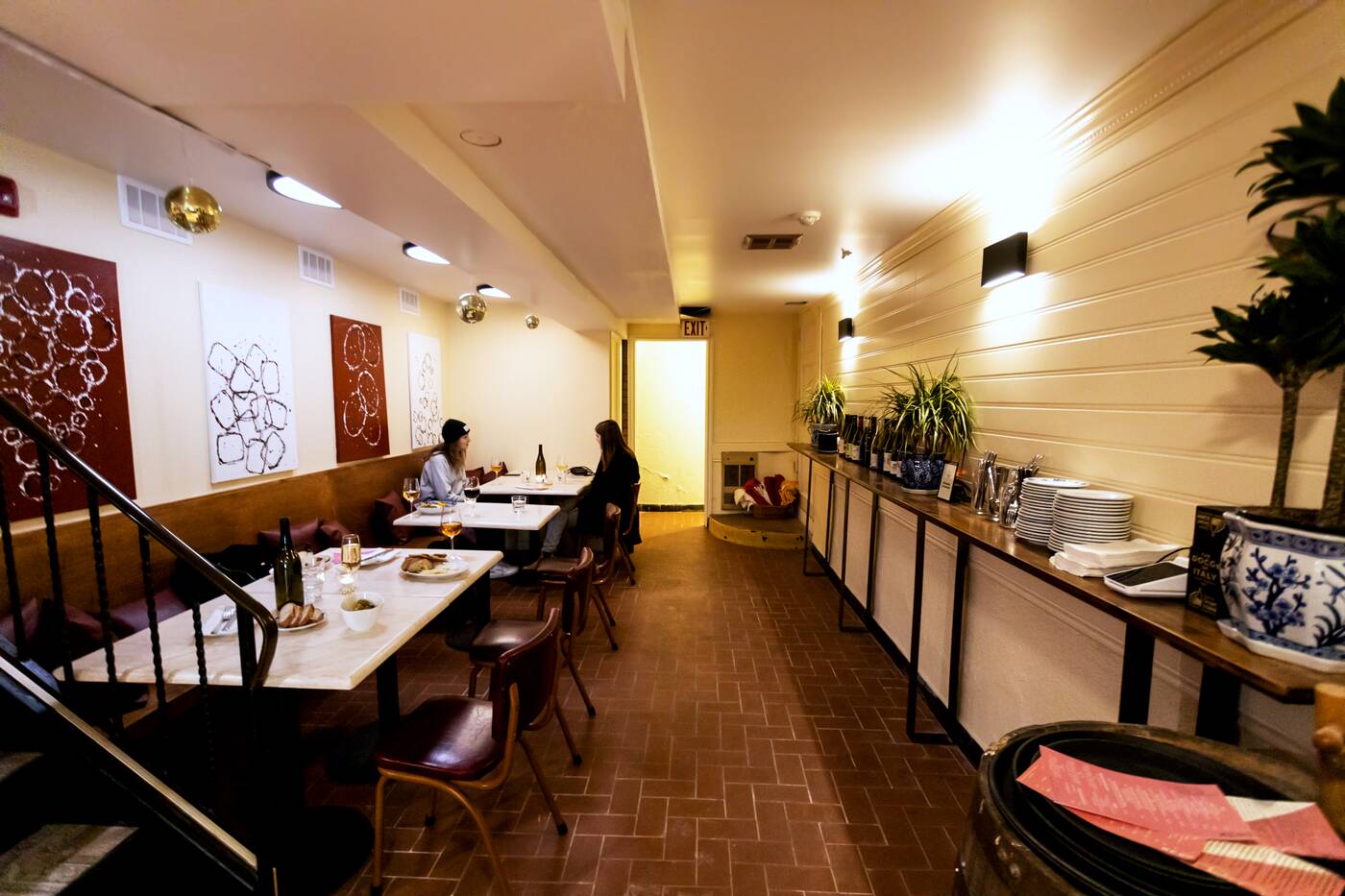 Just before the pandemic hit, Pivnick left the world of restaurants and started his own catering company called Picot. 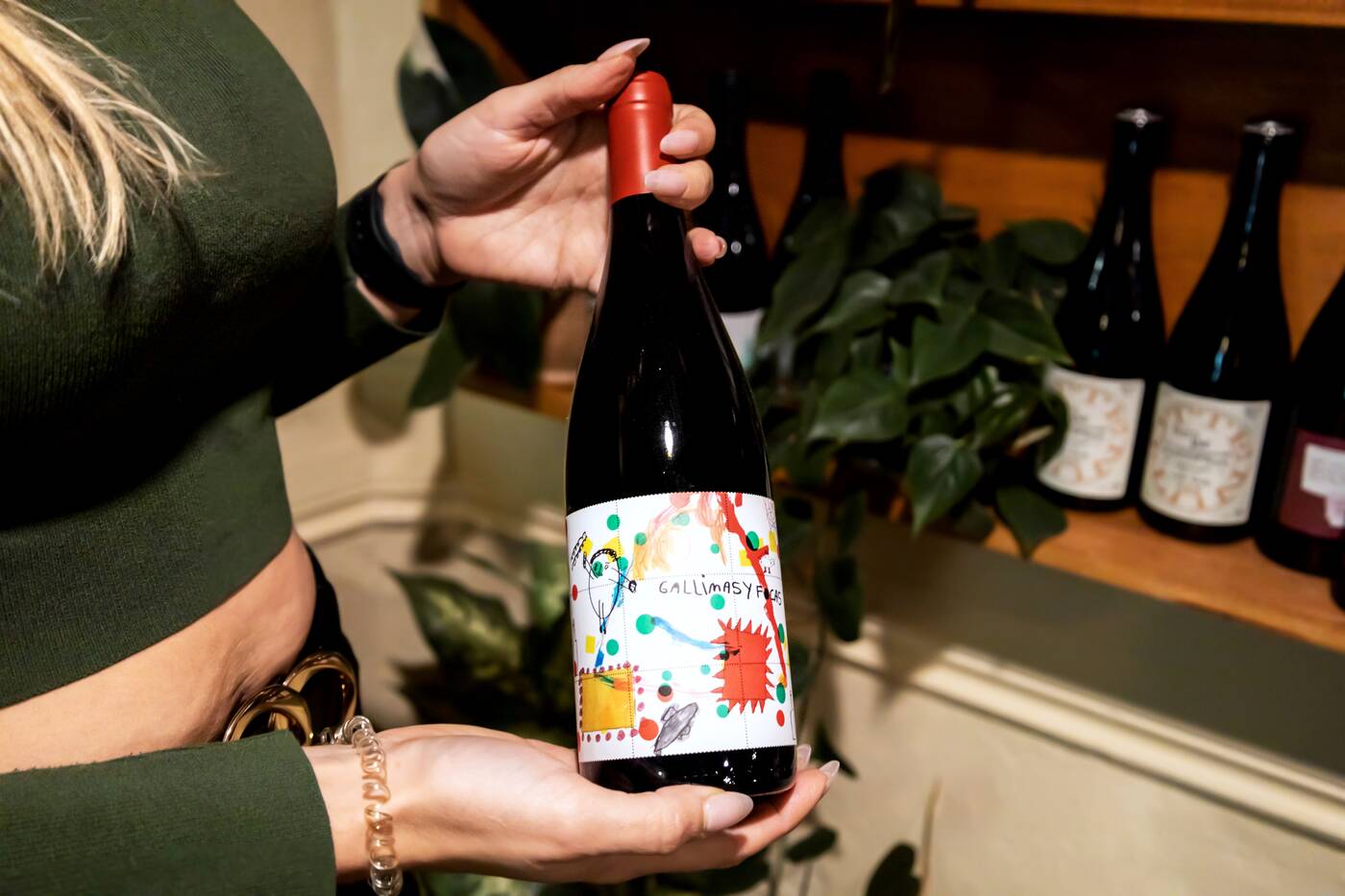 Shortly after, he stumbled across the unfinished basement unit that is now Alberta Avenue Provisions. The space, a former Portuguese Churrasaco, had been empty and deteriorating for 15 years prior. 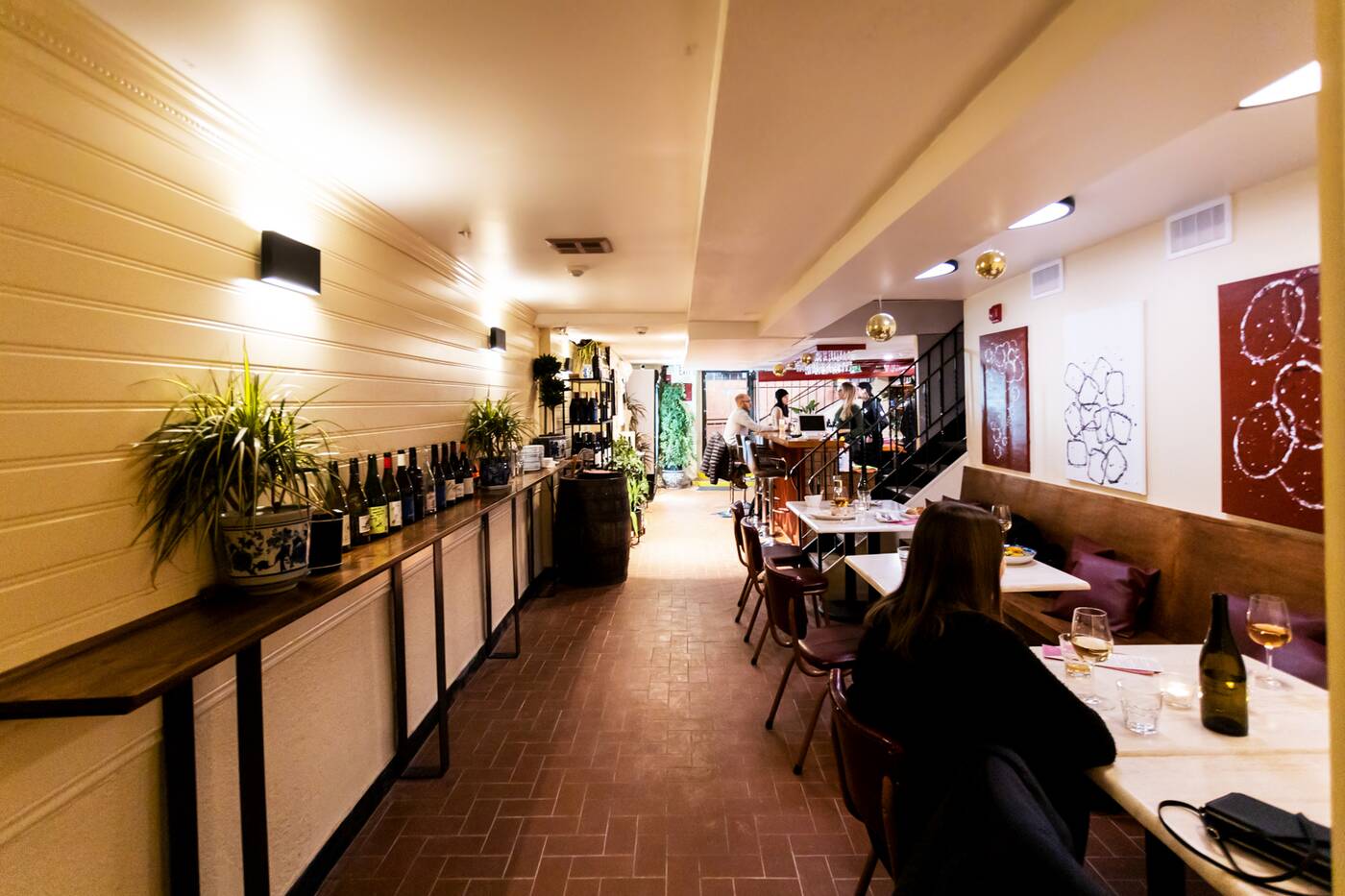 This spot is an anomaly on the strip of Davenport between Dufferin and Ossington where it's a ghost town for nightlife aside from The Gem, which has been open for the past 30 years.

But Pivnick saw past this and realized the potential for a wine bar that could be a source of community and fun in an underserved area. 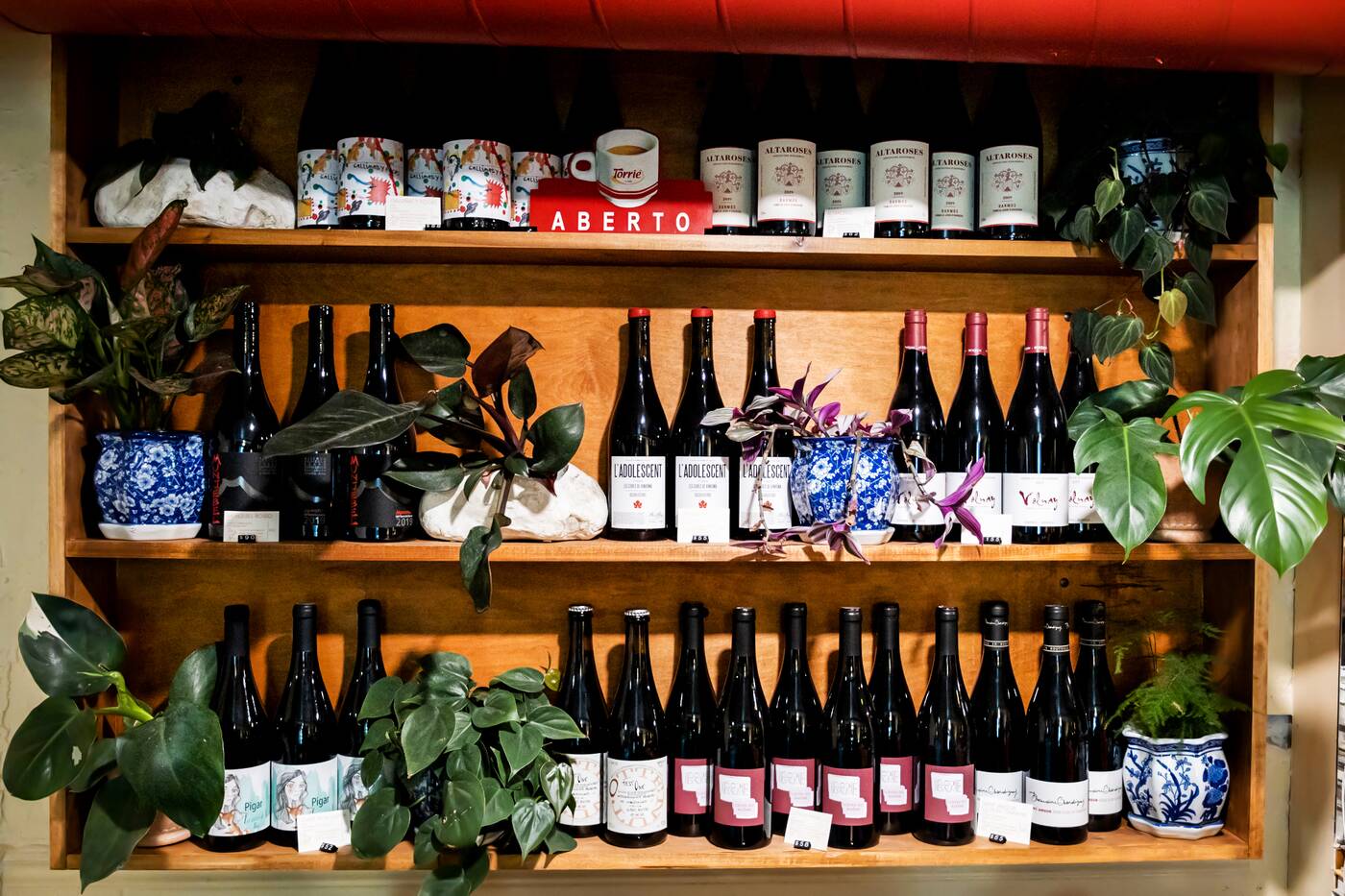 Alberta Avenue Provisions operated solely as a takeout bottle shop due to lockdown restrictions. They specialize in locally-sourced Ontario wines and others imported from Europe, most not available at Canadian wine shops or the LCBO. 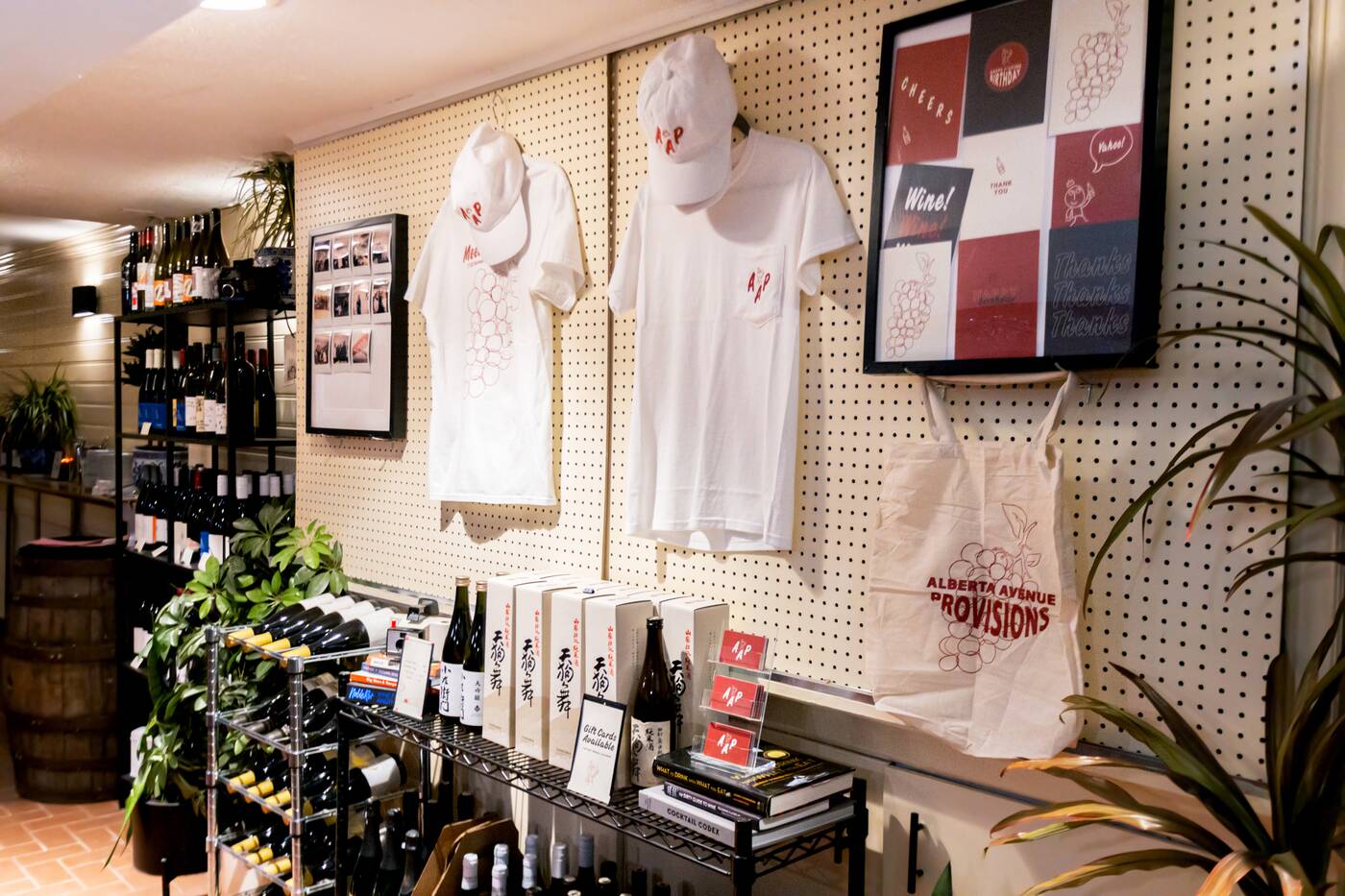 They still sell a wide variety of these wines along with tote bags, shirts and other Alberta Provisions-themed merch. 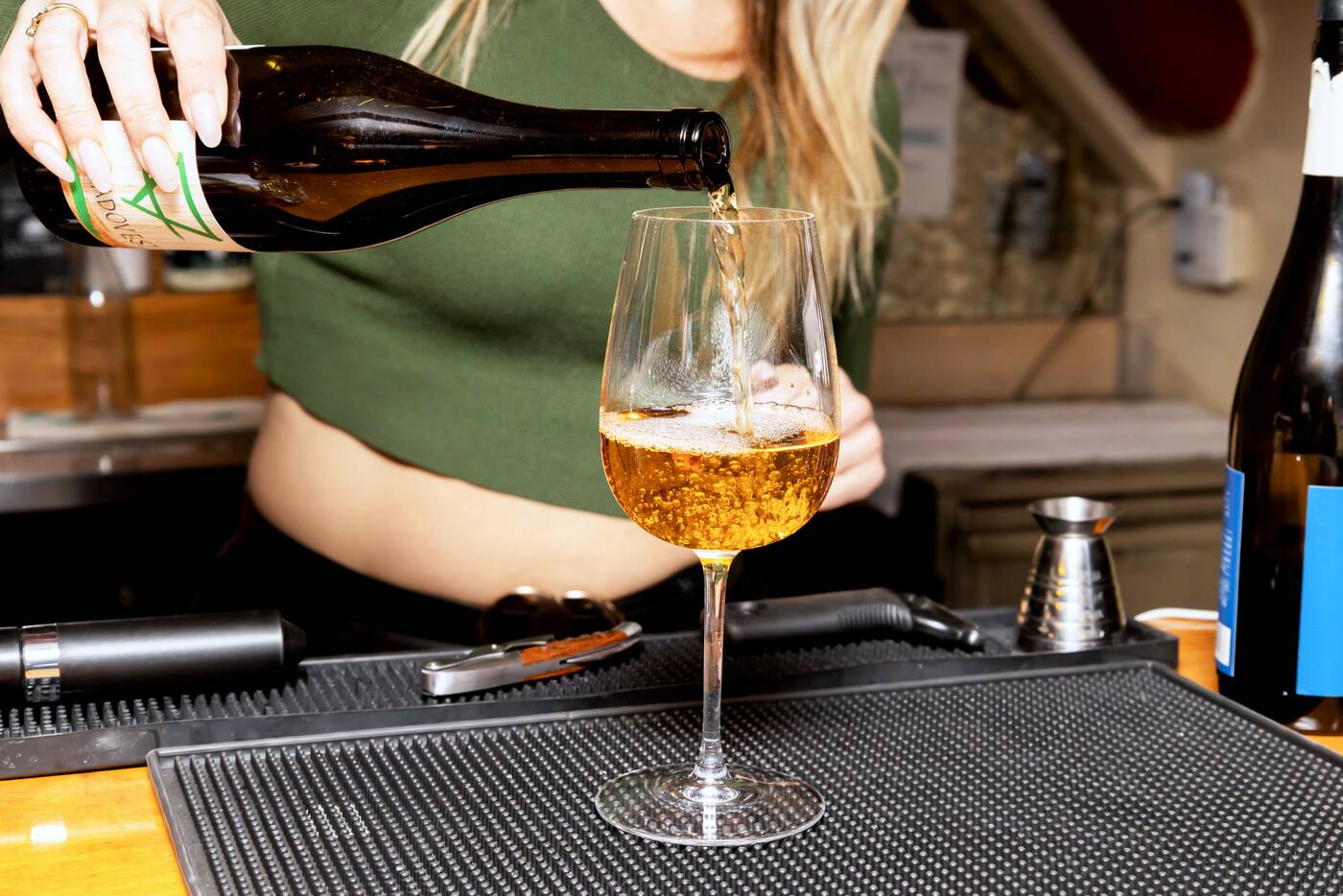 The current iteration of Alberta Avenue Provisions is an underground tavern with speakeasy qualities, warm lighting and vintage touches to the built-out wood-topped bar. 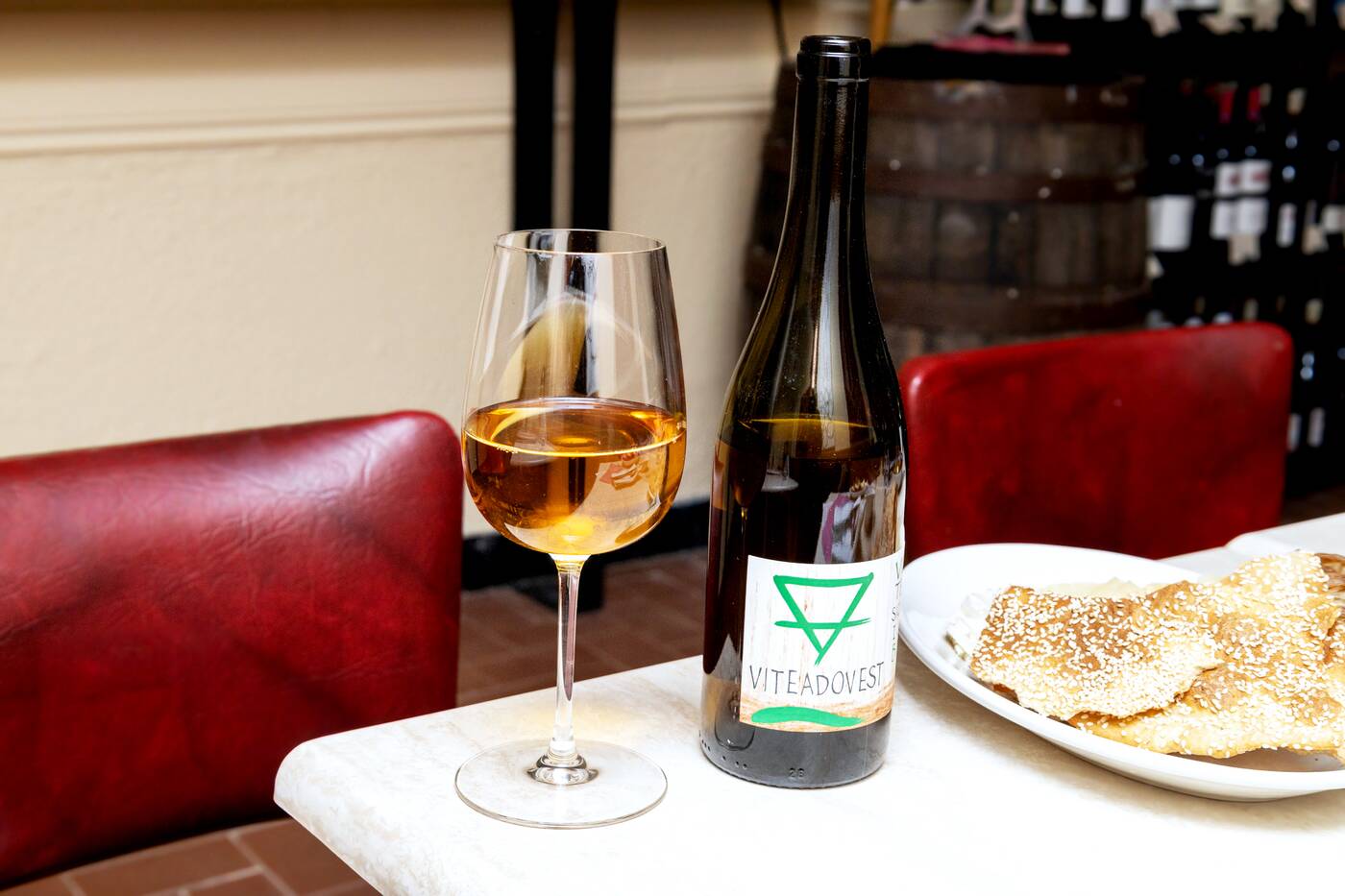 Enjoy a glass of wine at cozy tables located in the back of the bar. Check out the Vite ad Ovest's Bianco ($17) imported by Alta Wines, which is one of the rare sips offered here.

The skin-contact wine has a unique amber shade; the tropical-tasting wine has citrus notes with flavours of peach and papaya. 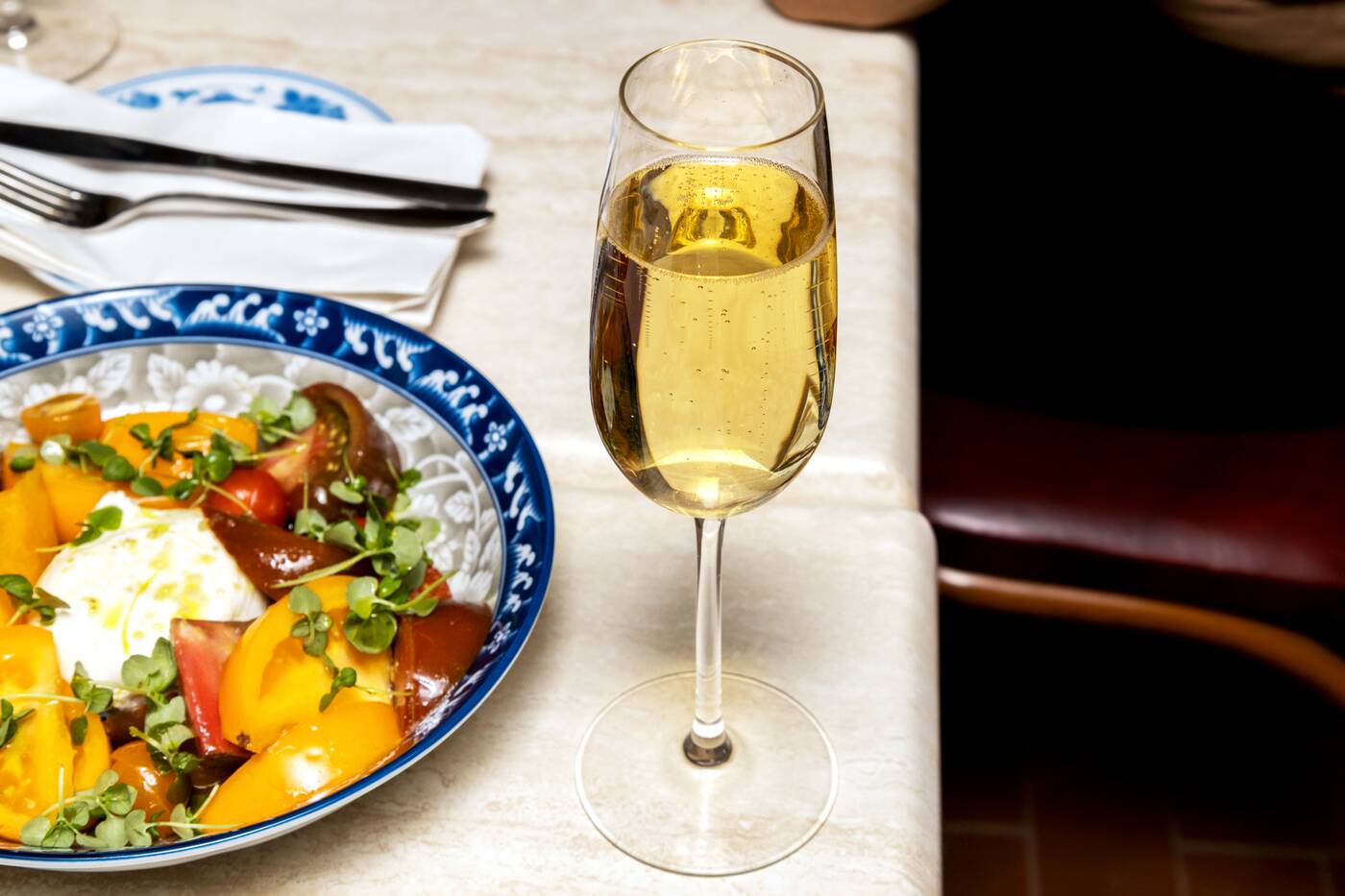 Casa Mariol's '14 Mesos' Cava ($14) is a delicious bubbly that still retains its bubbles even when you let the glass sit for a while (which I had).

It's crisp with fruit-forward notes of green apple, lemon and mandarin. 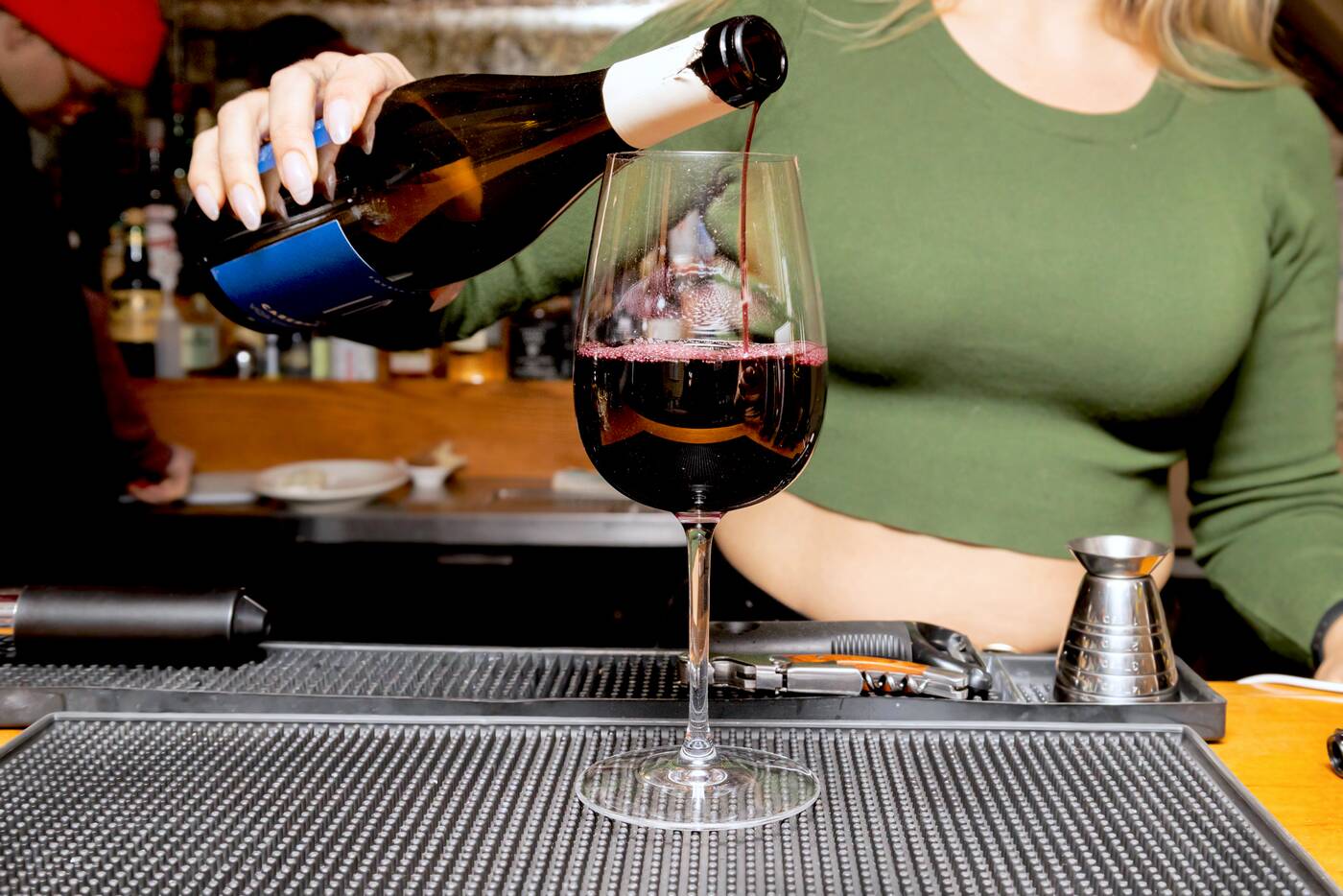 The Fourth Wall Wines Cabernet Franc ($16) is made near Grimsby and Beamsville. I found this super dry, yet very drinkable with blackberries, cherries and dry plum flavours. 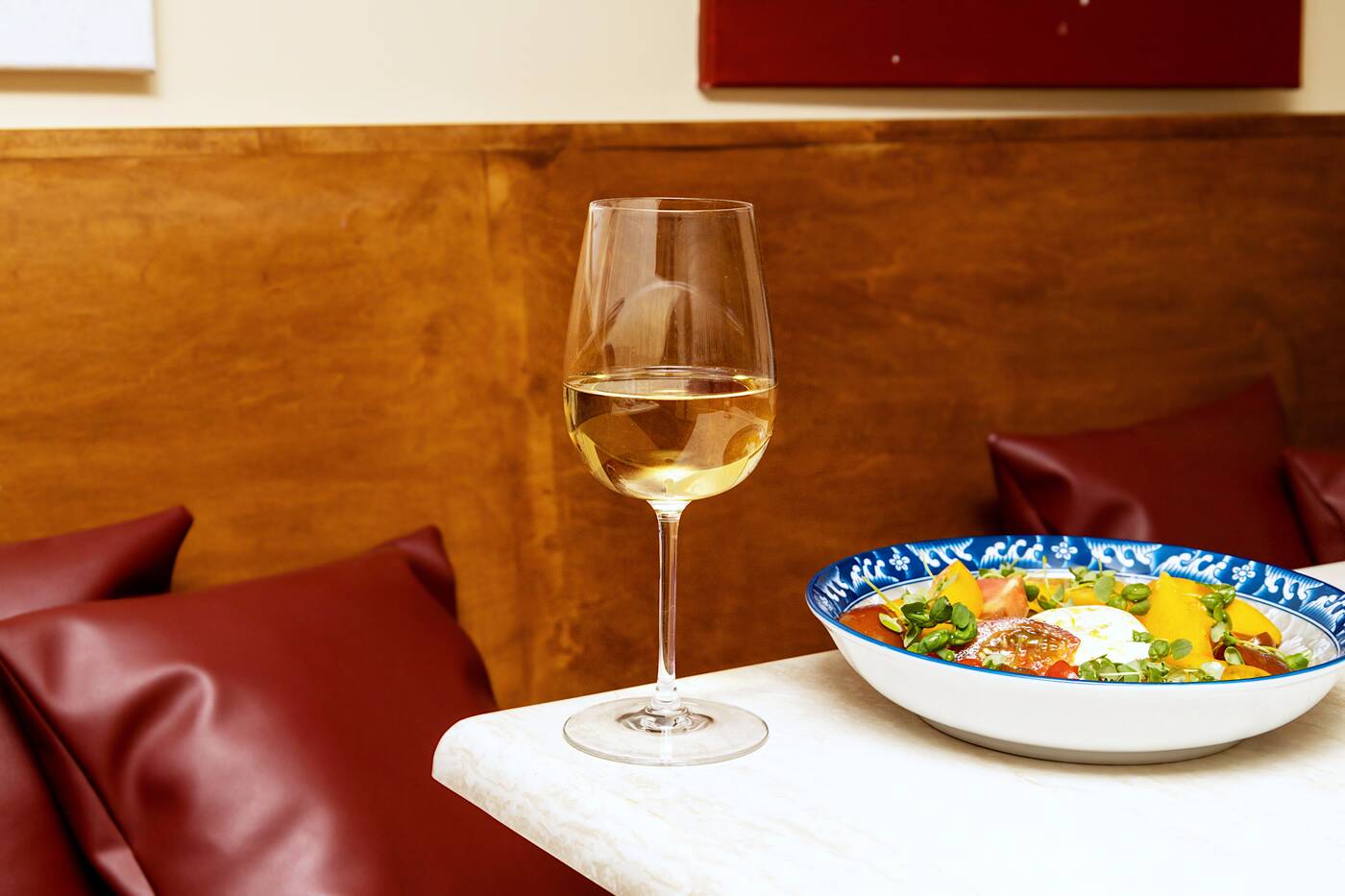 The Fourth Wall Gewurztraminer ($14) leans on the drier side with pungent aromatics of lychee, rose water, and jackfruit. It's made in the Niagara Peninsula. 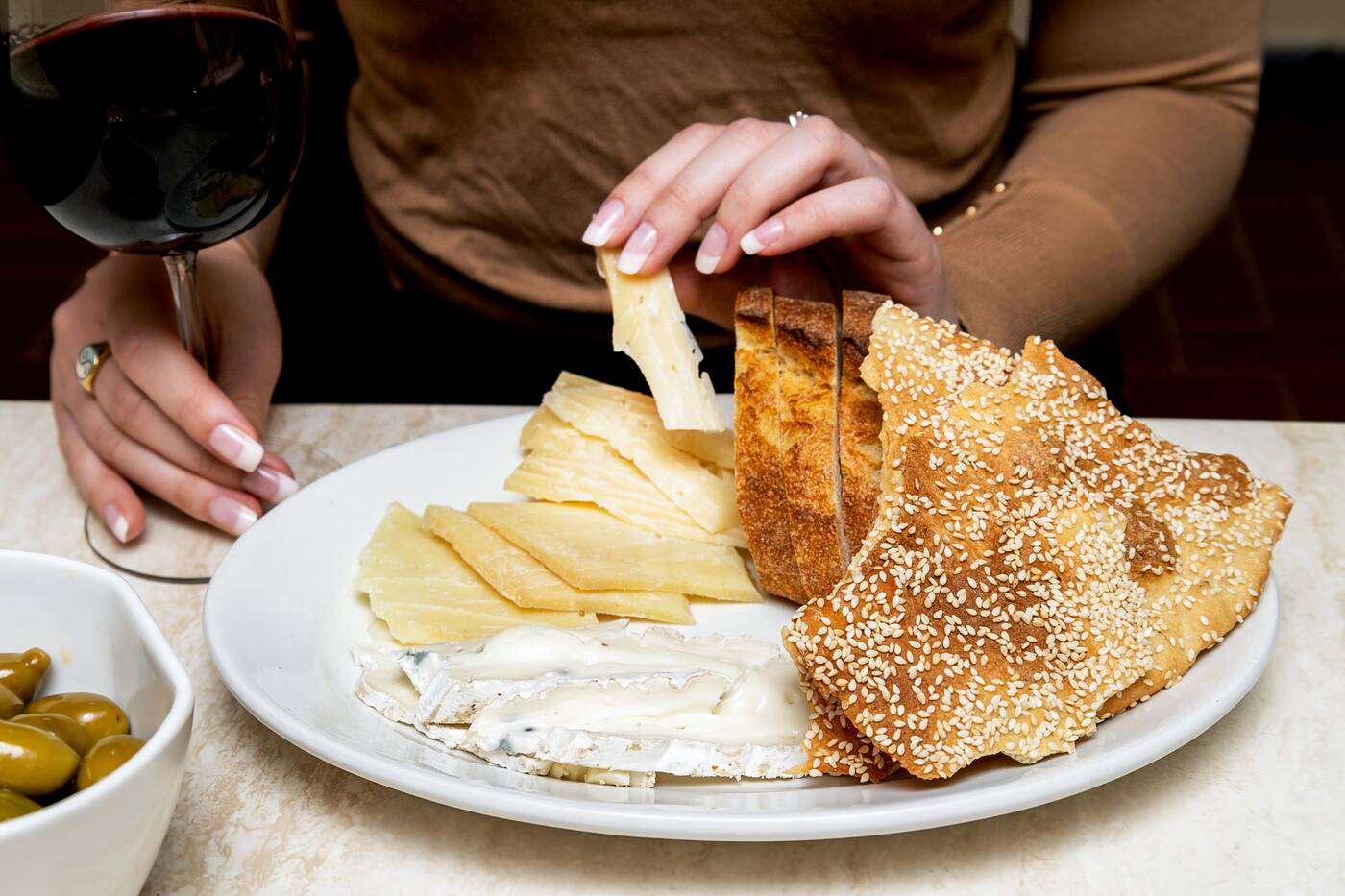 What pairs wonderfully with the white wine was the Cheese Plate ($16). 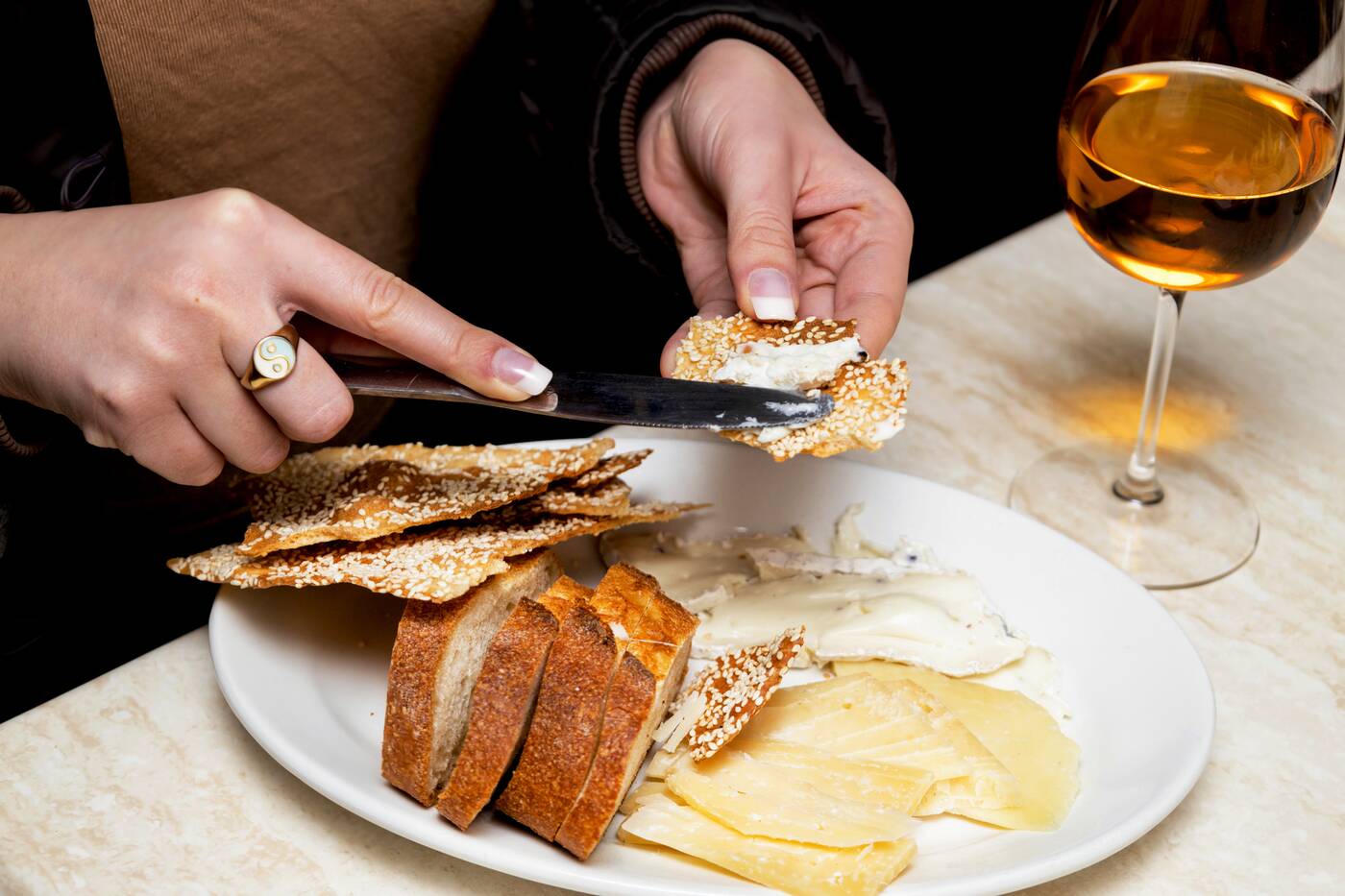 It's served with sesame lavash and sliced bread. 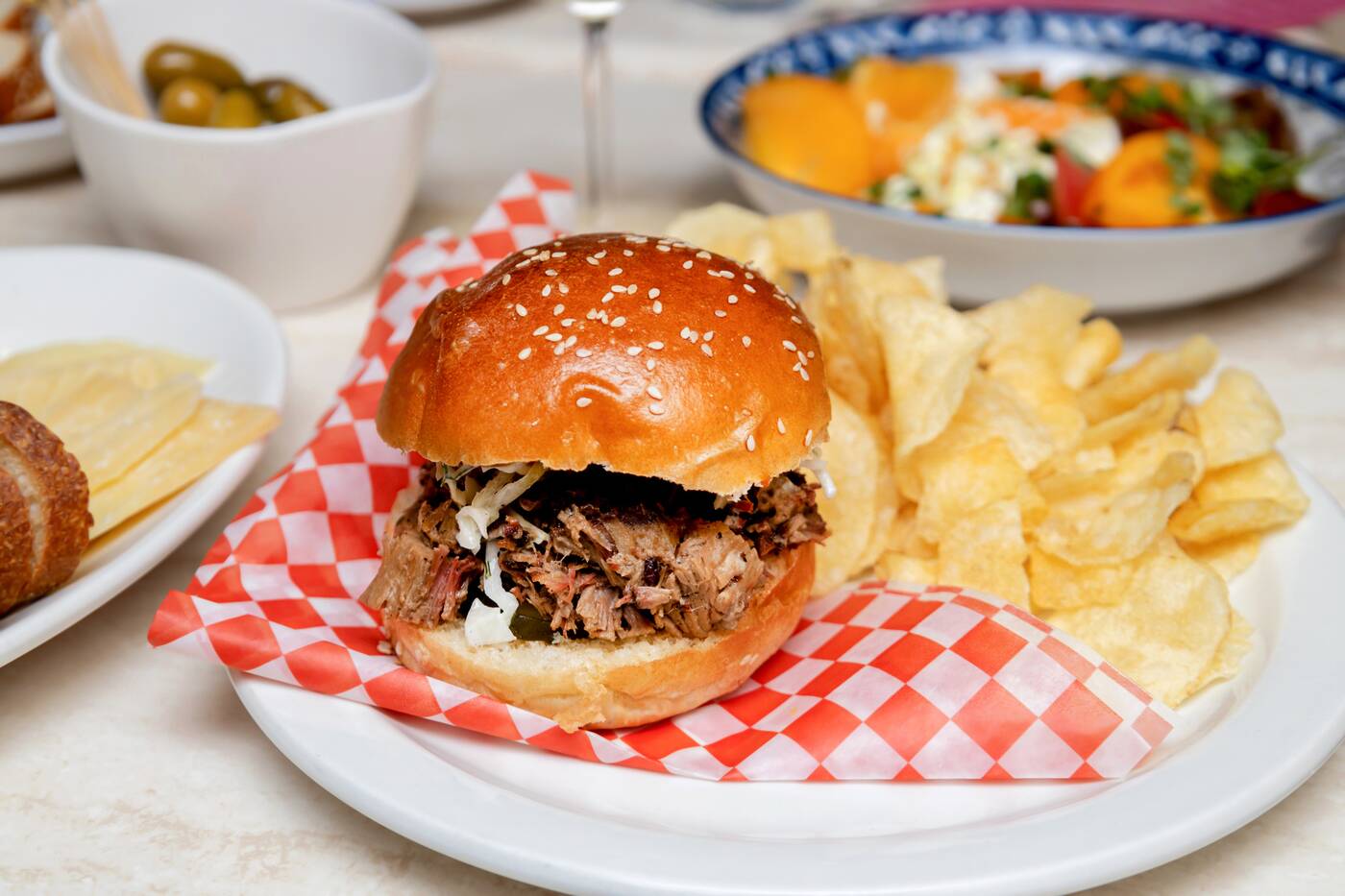 The Smoked Brisket Sando ($17) includes beef that's smoked for 12 hours, then shredded and placed onto a sesame bun from Blackbird Baking. It's finished with pickles, house coleslaw and Carolina barbeque, plus a side of plain potato chips.

The bun is soft, the meat is juicy and the sauce is sweet, and when you bite in, they come together in perfect harmony. 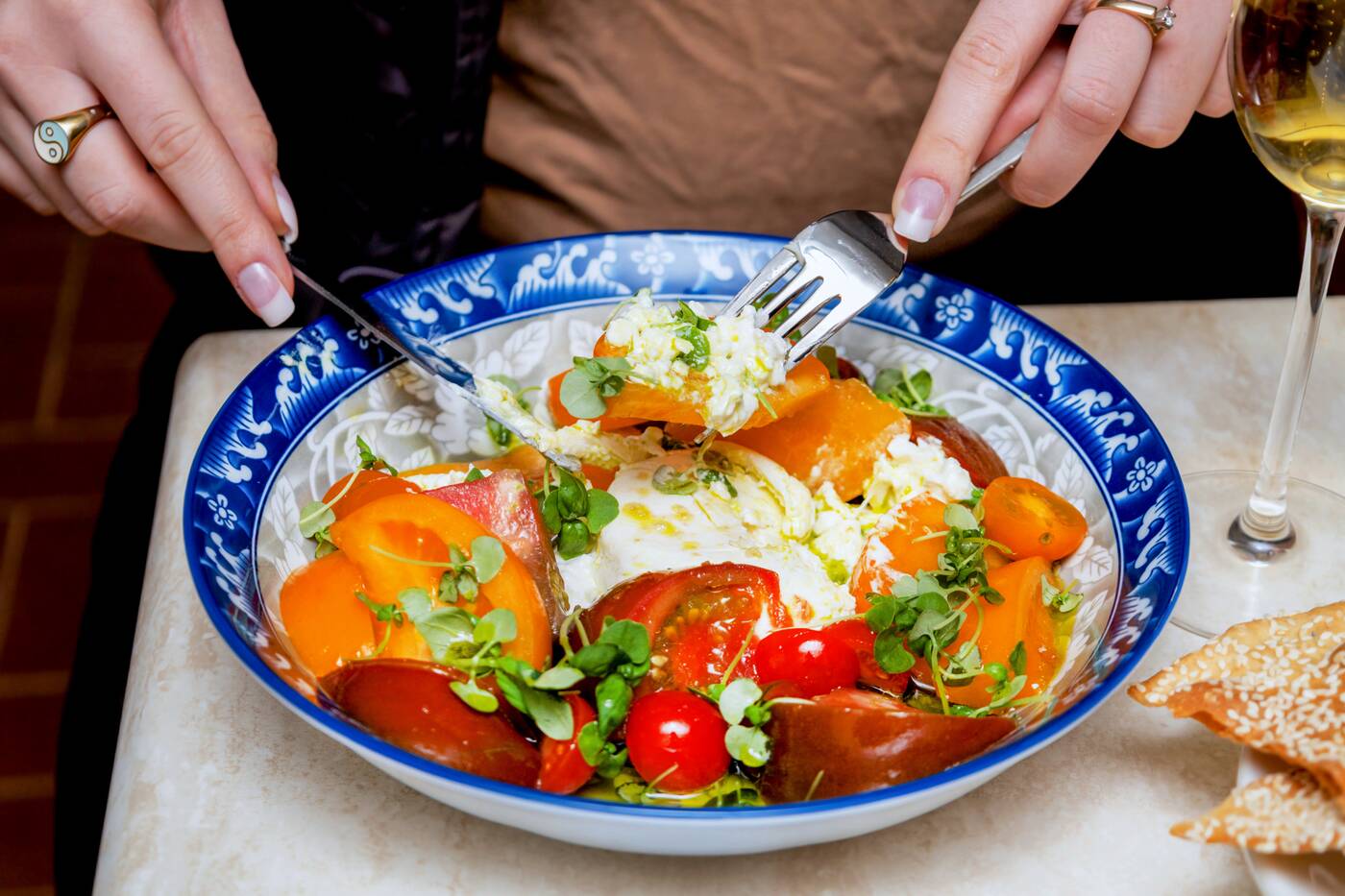 The Tomato & Burrata ($20) is the most vibrant dish on the menu and bursts of juice from the thick slices of heirloom tomatoes that contrast the tender and milky burrata. It's finished with fresh basil and olive oil. 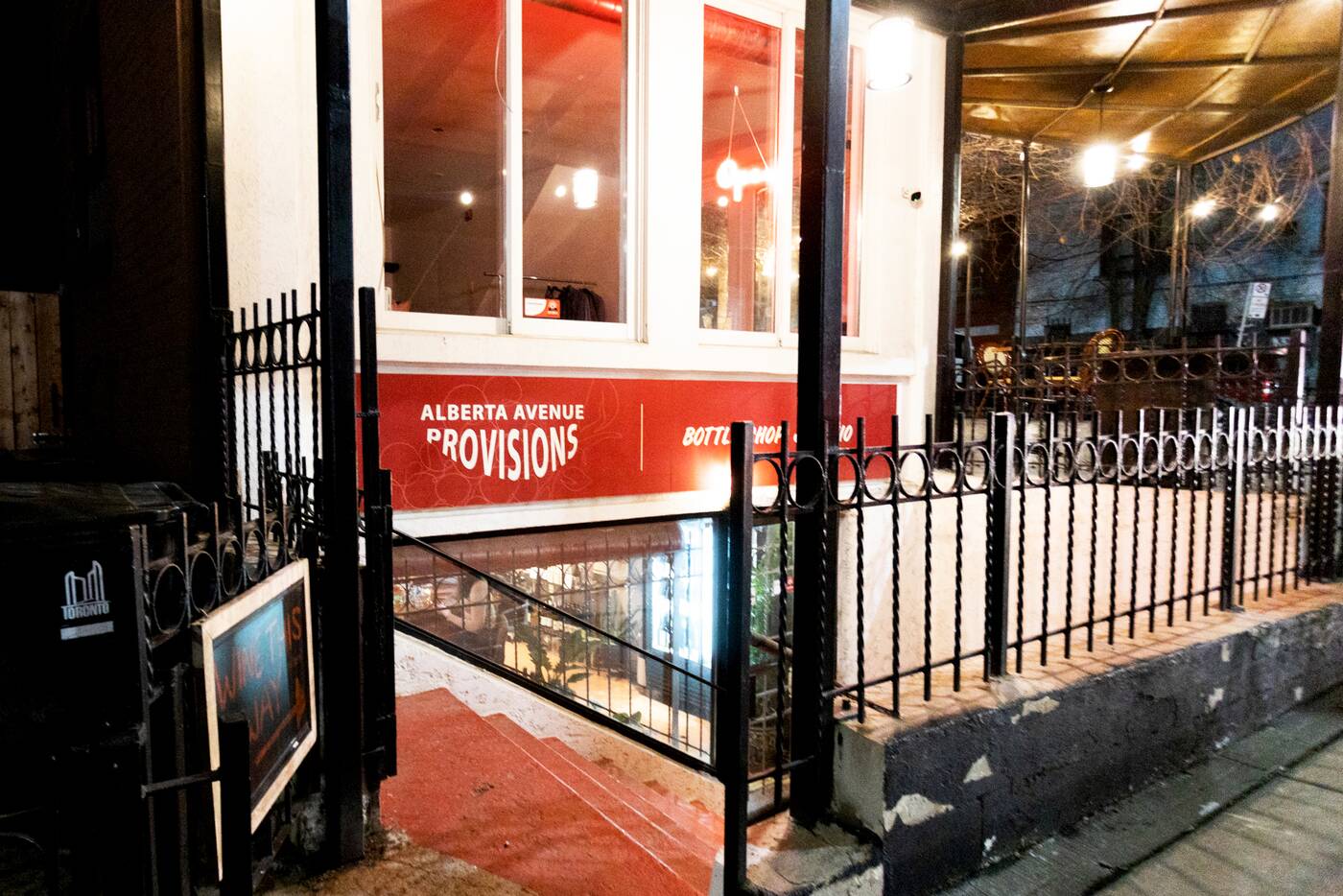 The basement entrance to Alberta Avenue Provisions is tucked behind a stairwell which adds to the hidden nature of this bar.