Founder and CEO Masamitsu Sakimoto tells me (through a translator) that his stores share a name with Pablo Picasso because the iconic Spanish artist served as an inspiration; Sakimoto wants to change the world with cheese tarts the way Picasso did with Cubism. 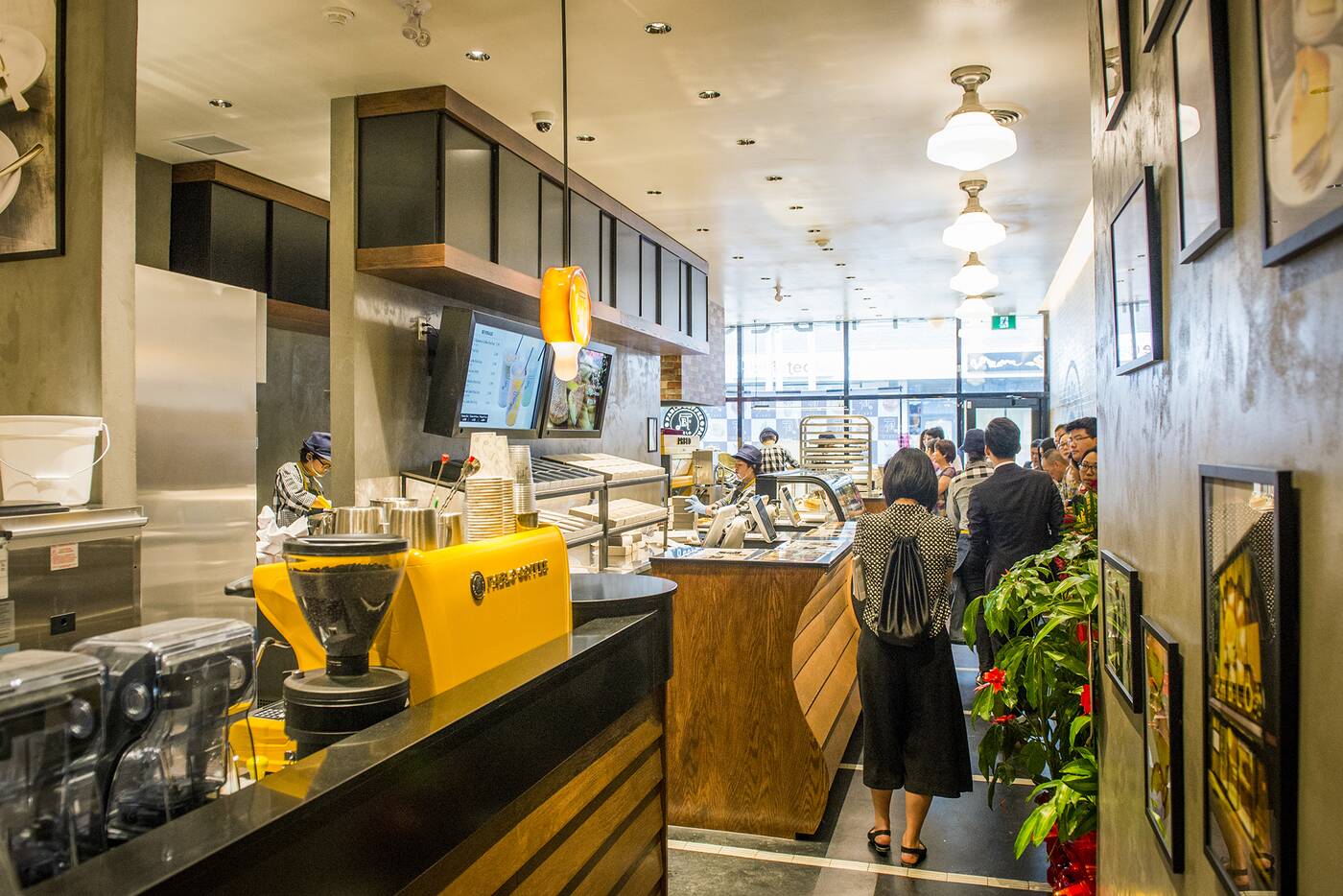 This bakery cafe occupies the old Spadina Garden space, and was selected because many other Japanese businesses can be found in the vicinity.

Upon entering Pablo, workers dressed in cute uniforms with blue hats and black & white, mixed checkered shirts can be seen baking away behind a counter at the front of the shop. 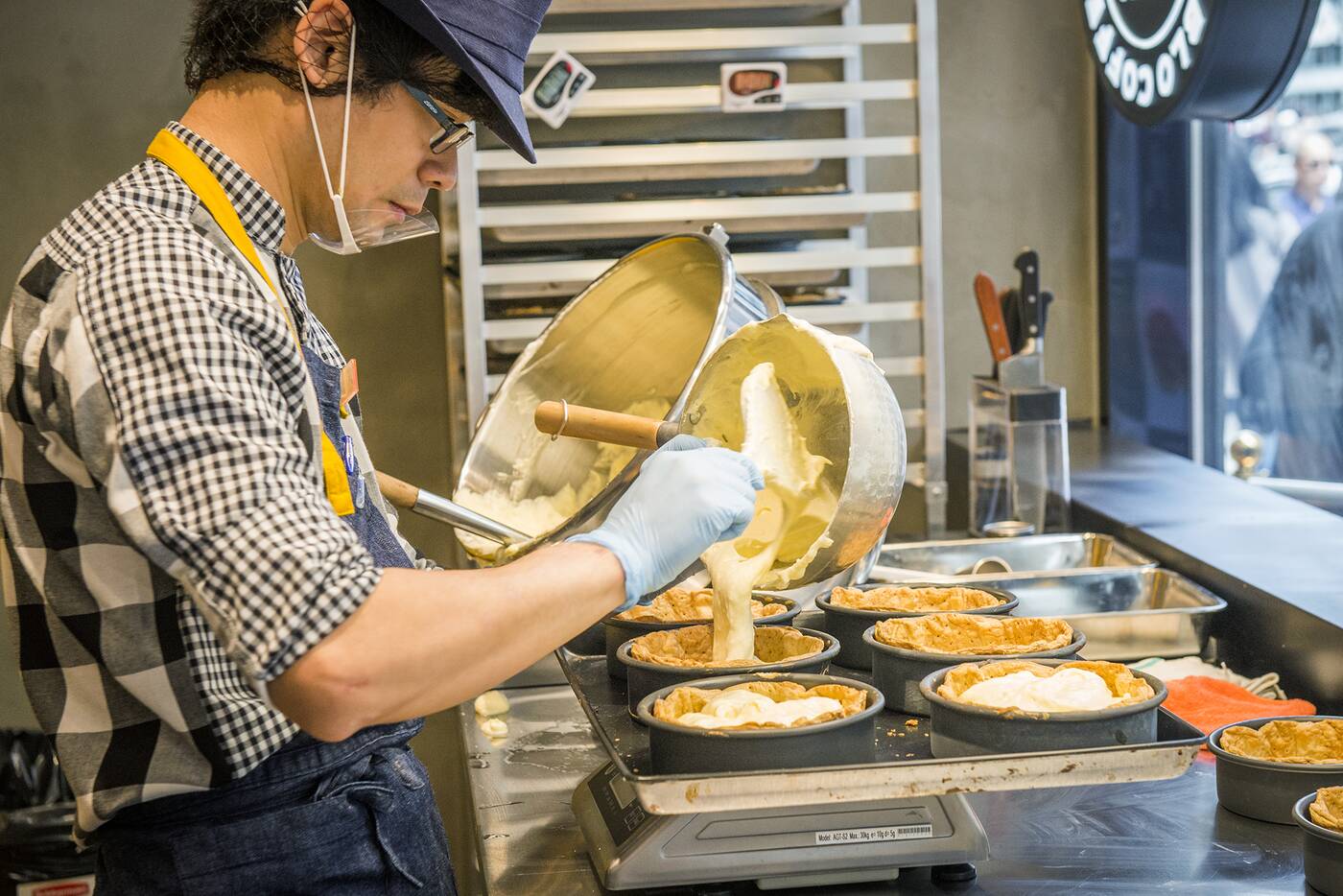 I’m told almost all the ingredients are imported from Japan (except the flour, which is difficult to import and is therefore local) so that everything tastes as close as it can to the original product. 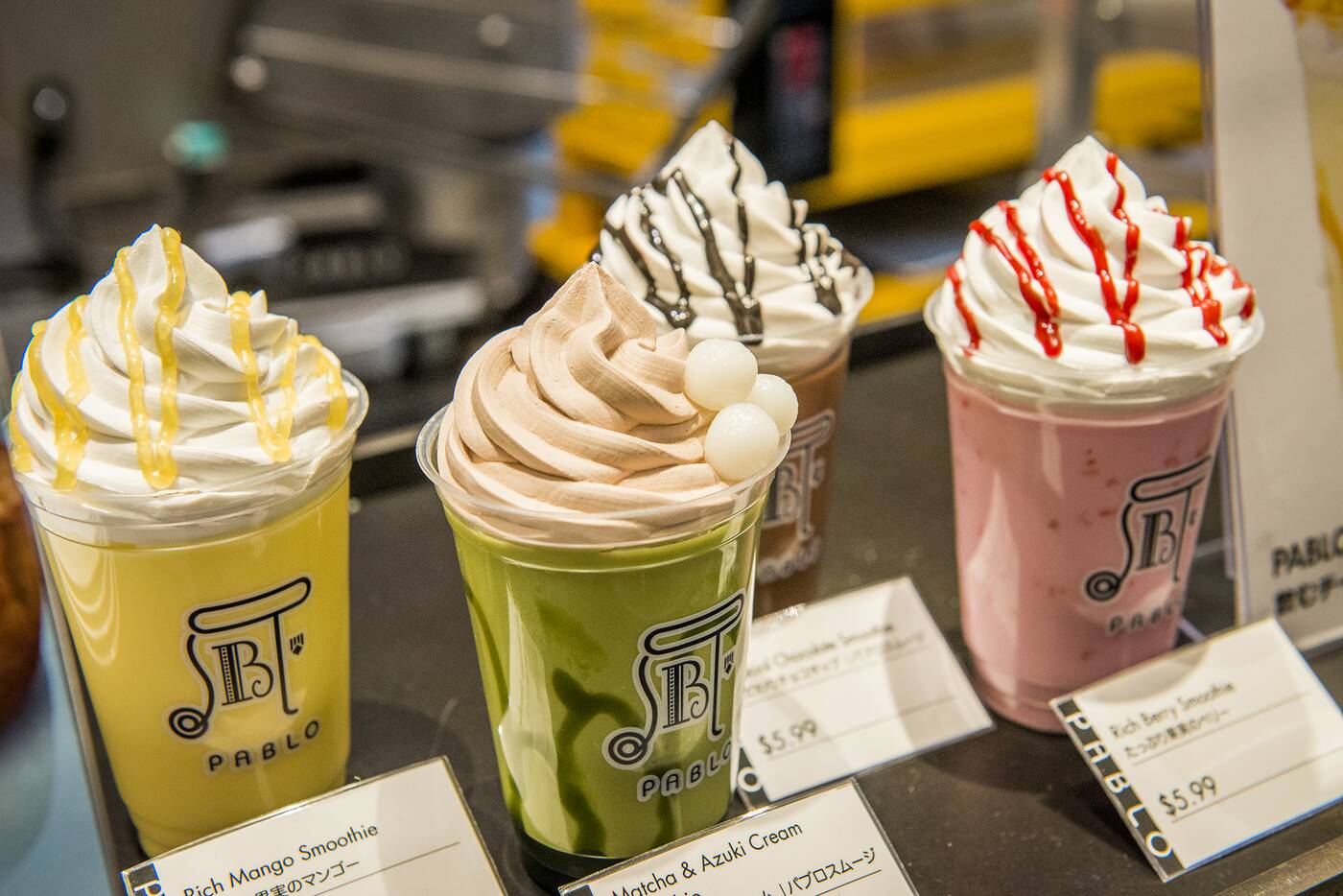 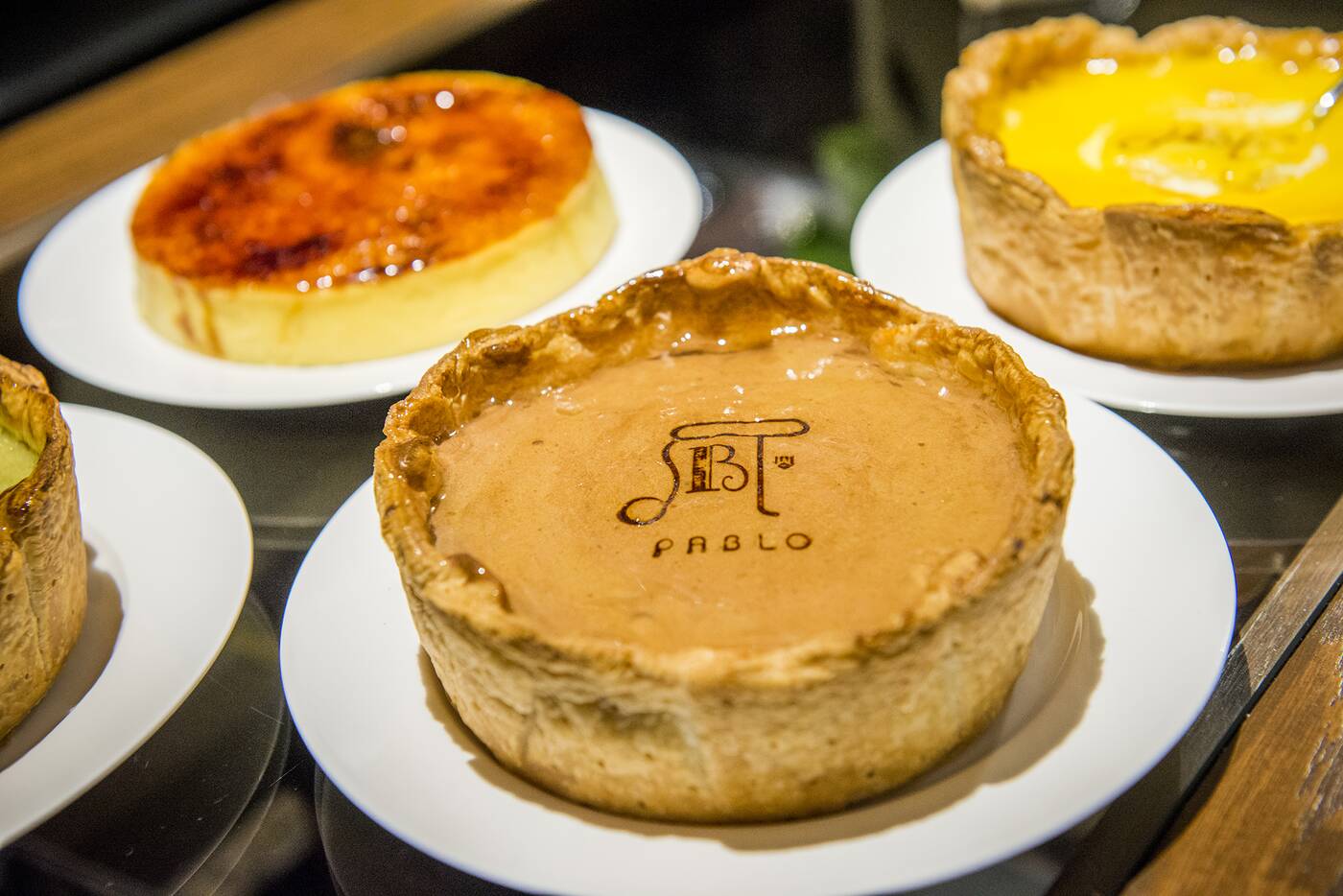 Then, of course, there are the freshly baked cheese tarts, which come in its original flavour ($15), matcha (filled with shiratama and azuki/red bean paste inside) or chocolate ($17 each).

They look to be about six inches in diameter, although there are also mini versions of the original ($4 each) that are a little less than half that size. 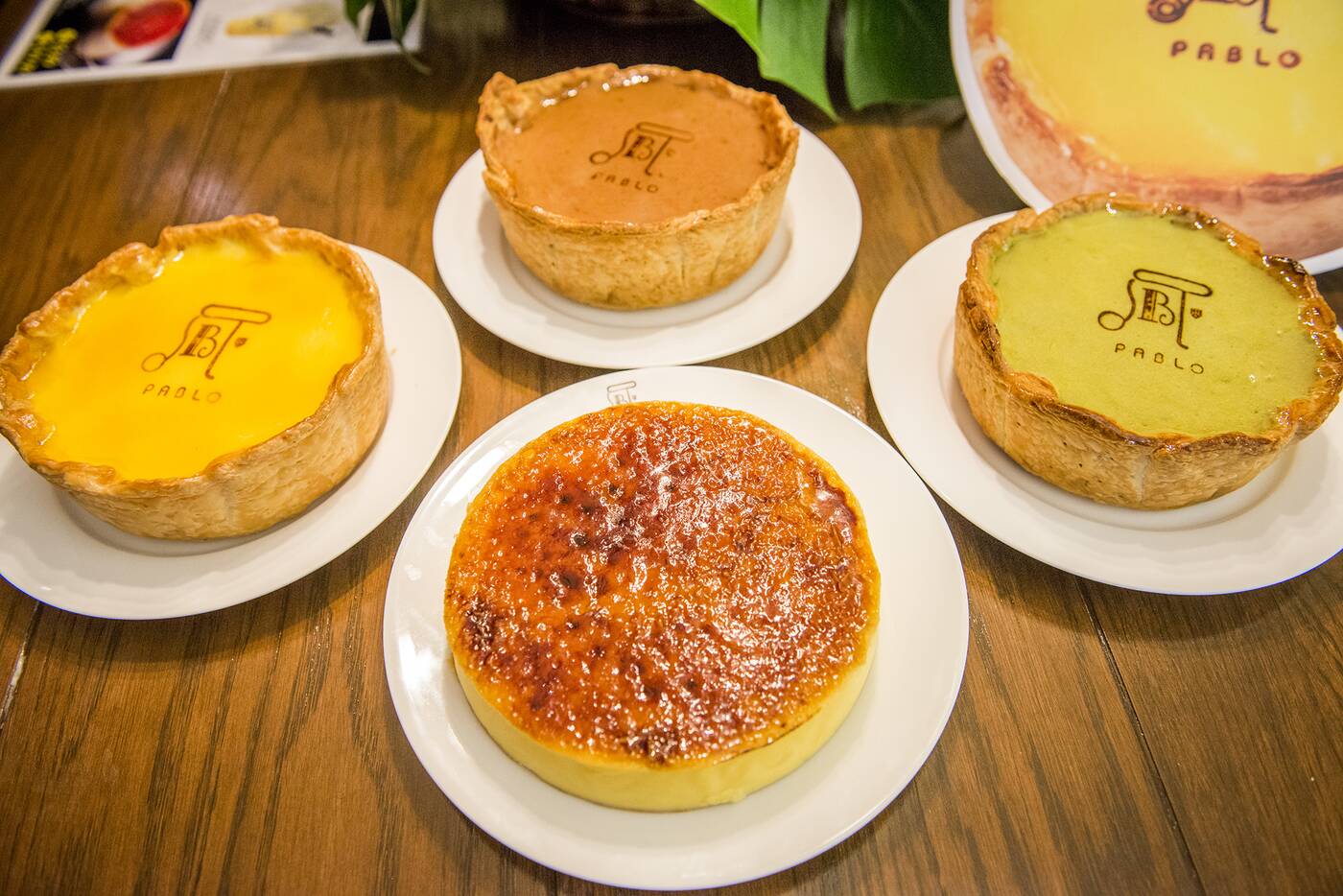 For the ballers, there's the “premium” cheese tart ($24), with two types of cream cheese and a crispy bruleéd top.

All the items here are also offered in Japan (although the Sabrel Cheese Cookies sold in Japan are not available here since the taste differs using Canadian flour), but Sakimoto will take in Canadian feedback to adjust flavours if necessary. 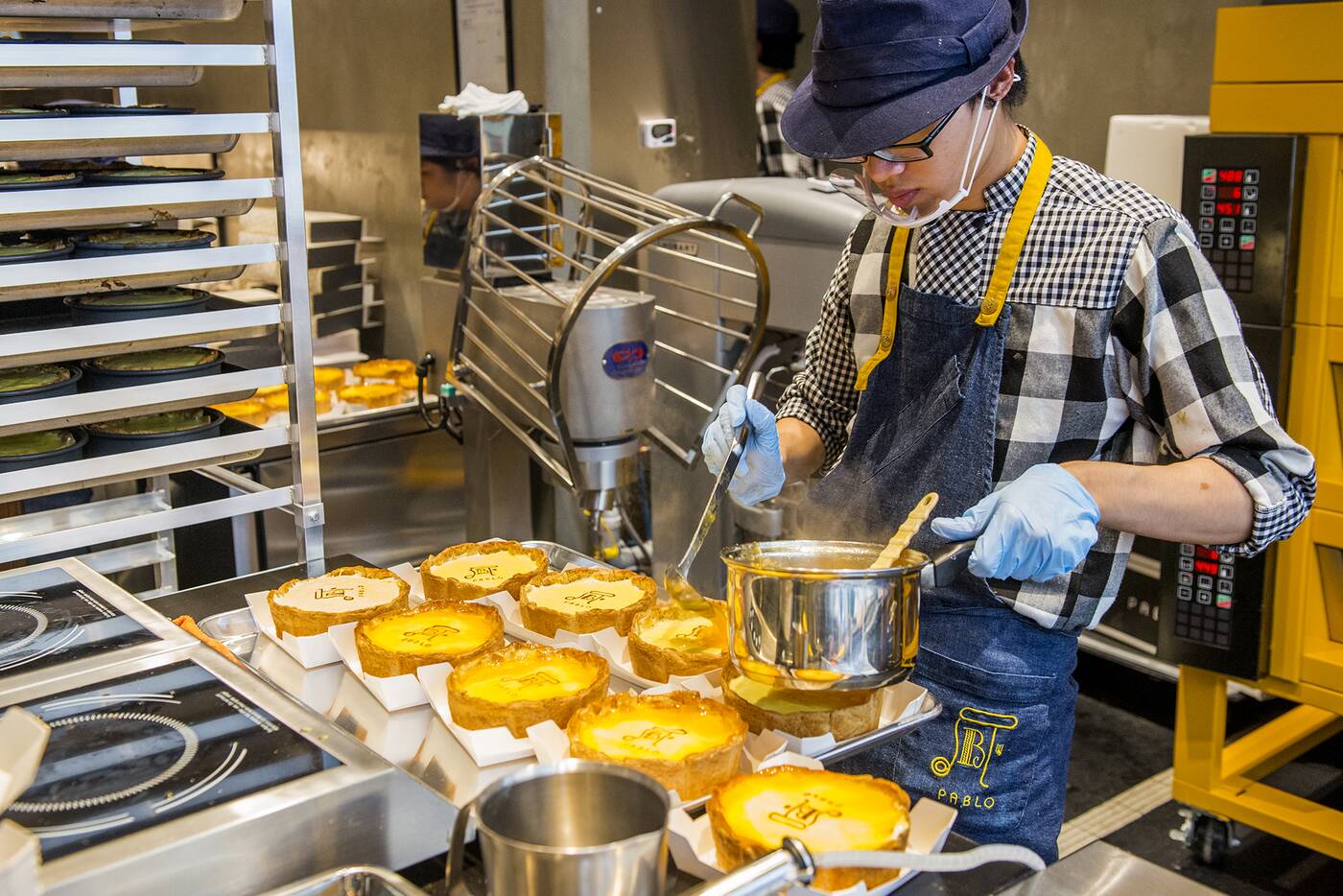 Those who don’t want to commit to an entire tart can try just a slice ($4; $6 for premium) and settle into the comfortable seating in the back that has a classy, cafe-like vibe. 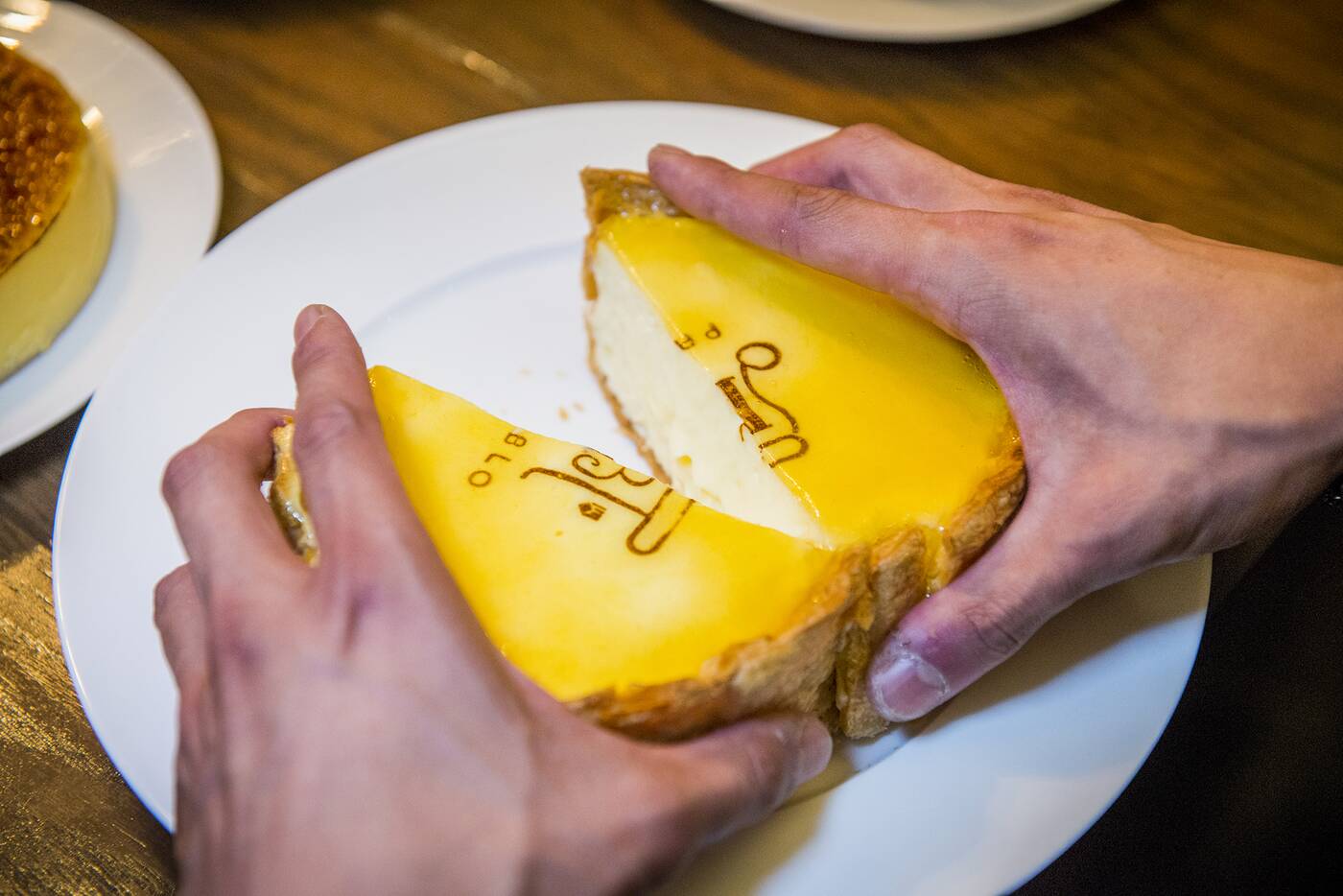 If Sakimoto were to recommend only one item to try, he says it would be the signature original cheese tart, and that’s what I get.

I try a warm, freshly baked spoonful of the tart – stamped with the Cubist-inspired Pablo logo on top – and it tastes incredibly creamy and custard-like, subtle on cheese flavour with a bit of vanilla and an unidentifiable hint of fruit that I later discover comes from the sweet apricot glaze over its surface. 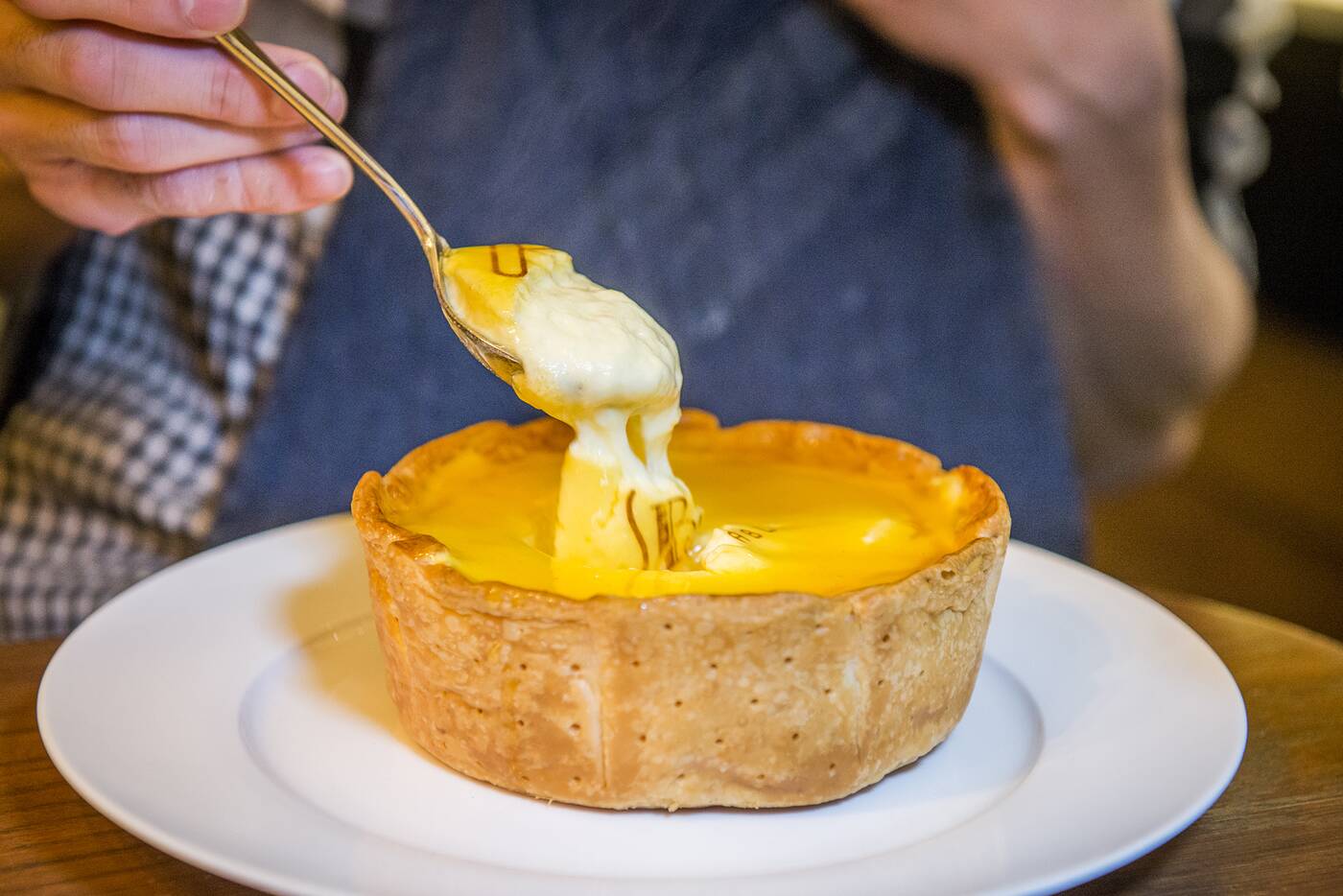 The signature original tart I take home gets pretty banged up on its journey in my bike basket, and the gelatinous apricot glaze on the tart shifts and melts into a small puddle in its box. When cold, the tart's consistency changes to a very light and frothy pudding.

In some ways, it reminds me of a Cantonese egg tart, except with cream cheese. Unfortunately, the crust gets soggy, so I reheat the whole thing in the oven. 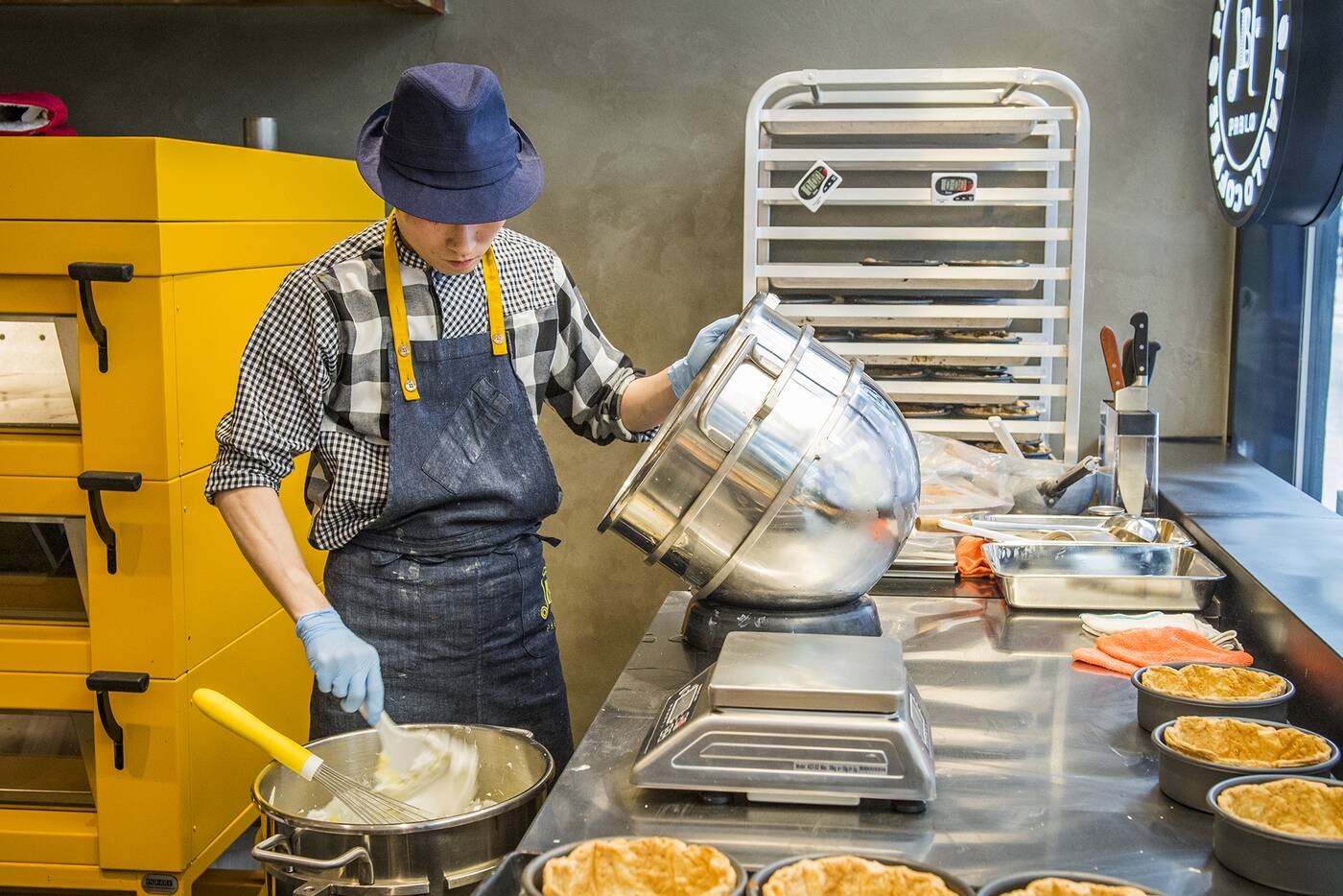 Definitely listen to the advice on the box’s label and eat the tart as soon as possible after it’s baked, because it’s best when hot. The pastry crust is light and thin, and very flaky and crispy when it’s fresh out of the oven.

As for the price, it’s certainly not cheap, but seeing as how one tart can be shared by at least two people, it’s relatively reasonable. 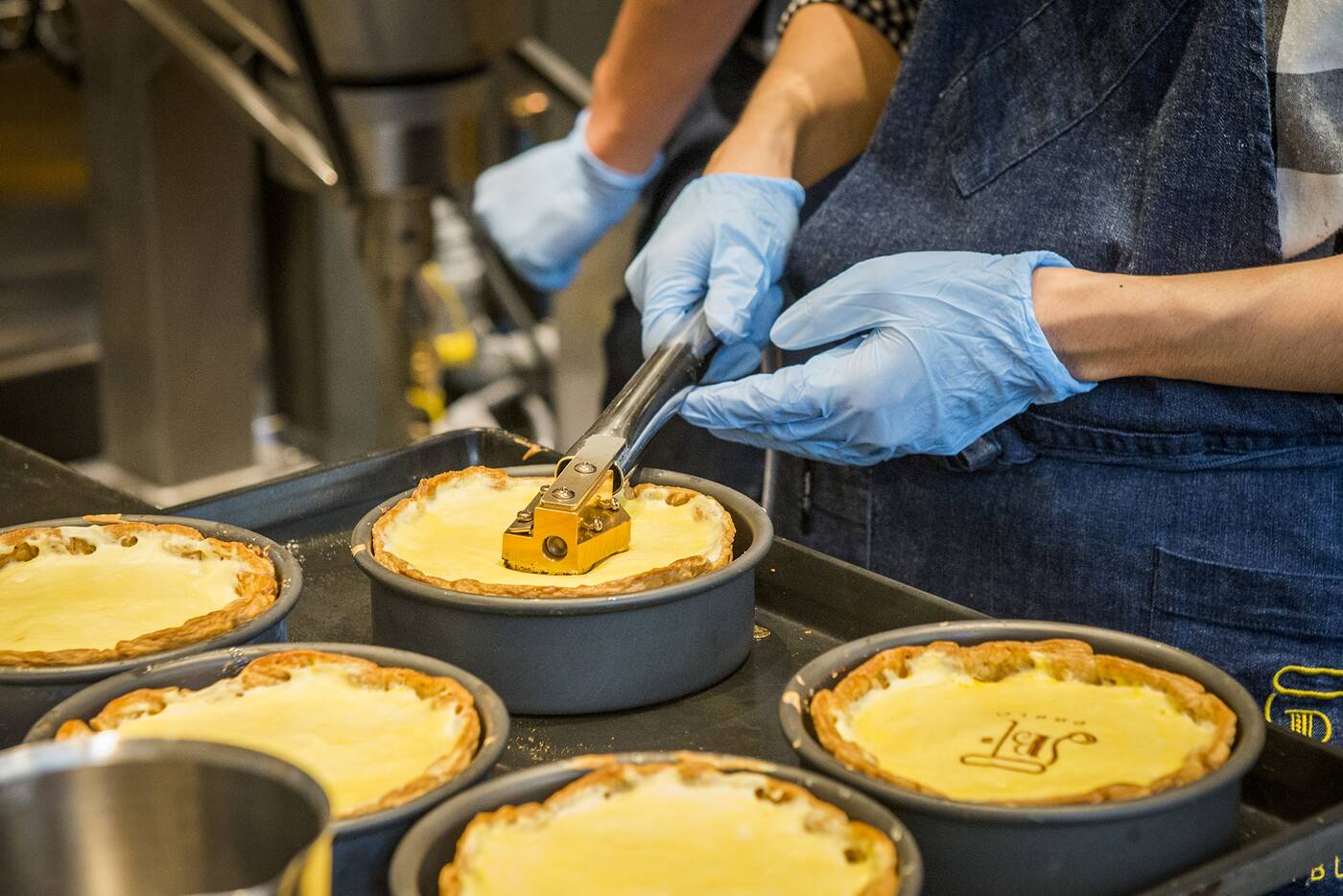 As for comparisons of Pablo to Uncle Tetsu, they really are two different animals. While both are light in texture (and Japanese in origin), the former’s tart really doesn’t taste like anything resembling a cheesecake. 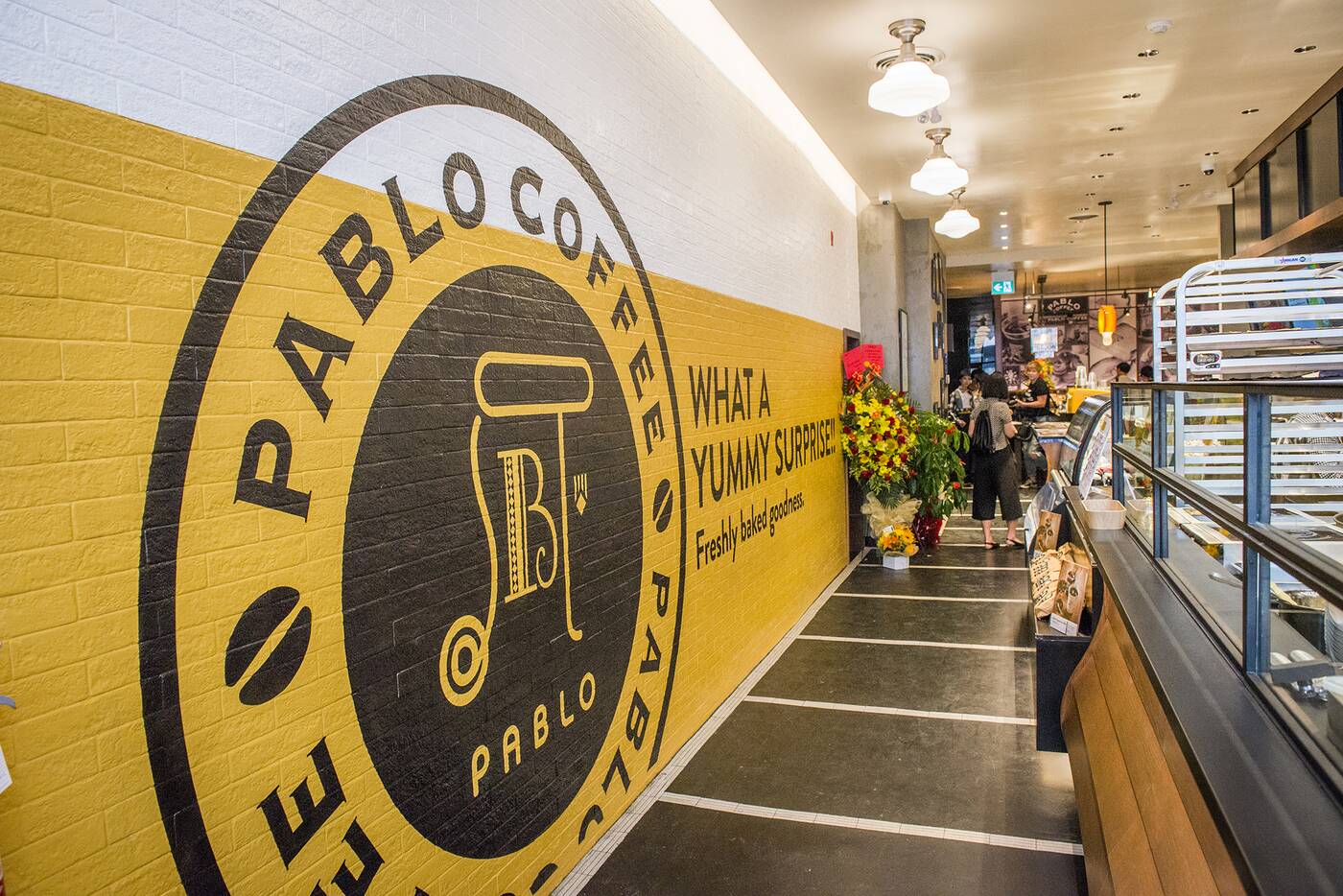 Lin and Liu say there will be many more Pablo locations to come (in fact, Sakimoto seemed to be scouting for possible new locales while he was in town); just keep a lookout for the distinctive Pablo sign, in the shape of a tart oozing its cheese filling. 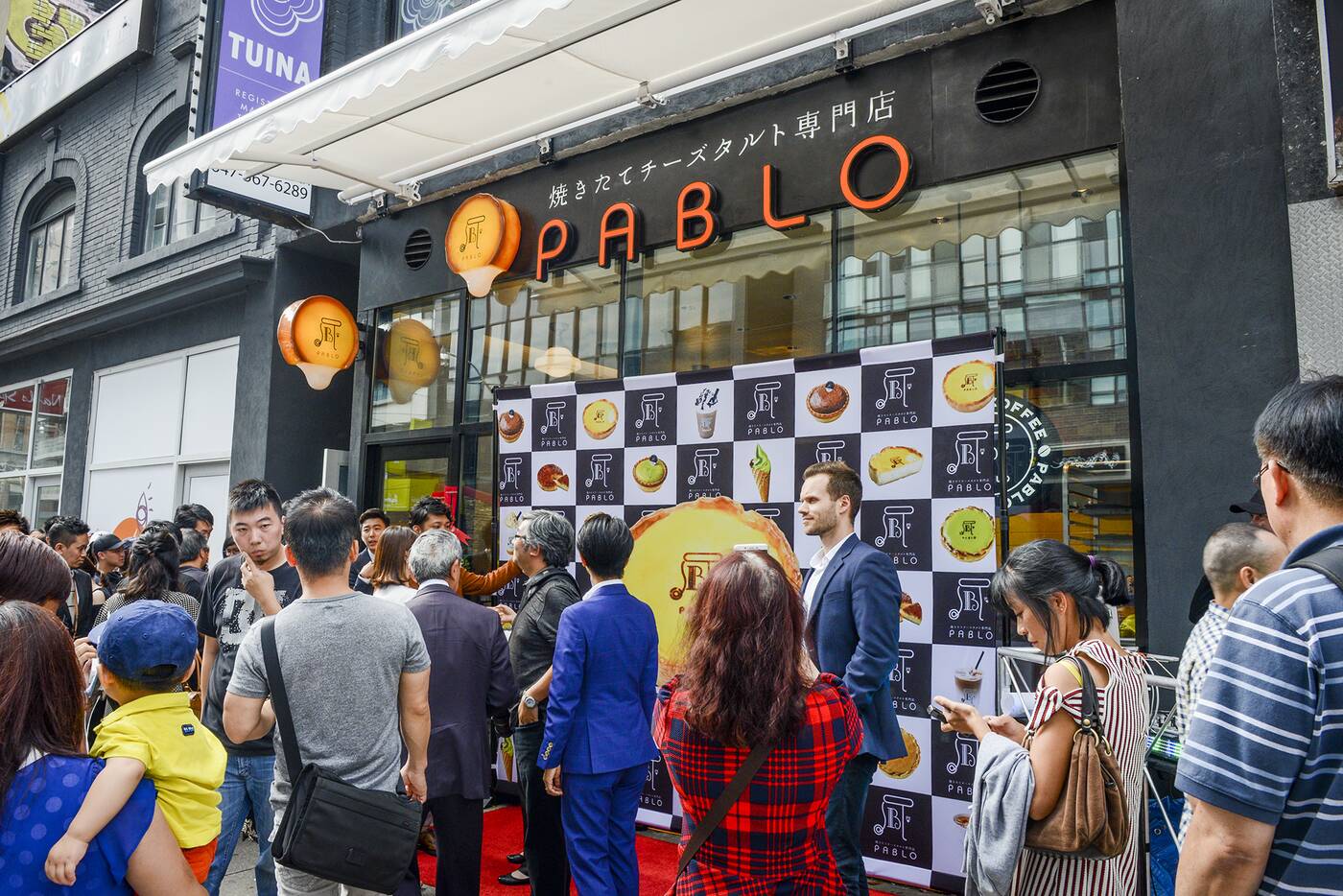