Nord Lyon is a sprawling bakery specializing in traditional French pastries and breads.

Whatever type of baked good you're looking for can probably be found at this two-storey patisserie, where everything is baked from scratch. 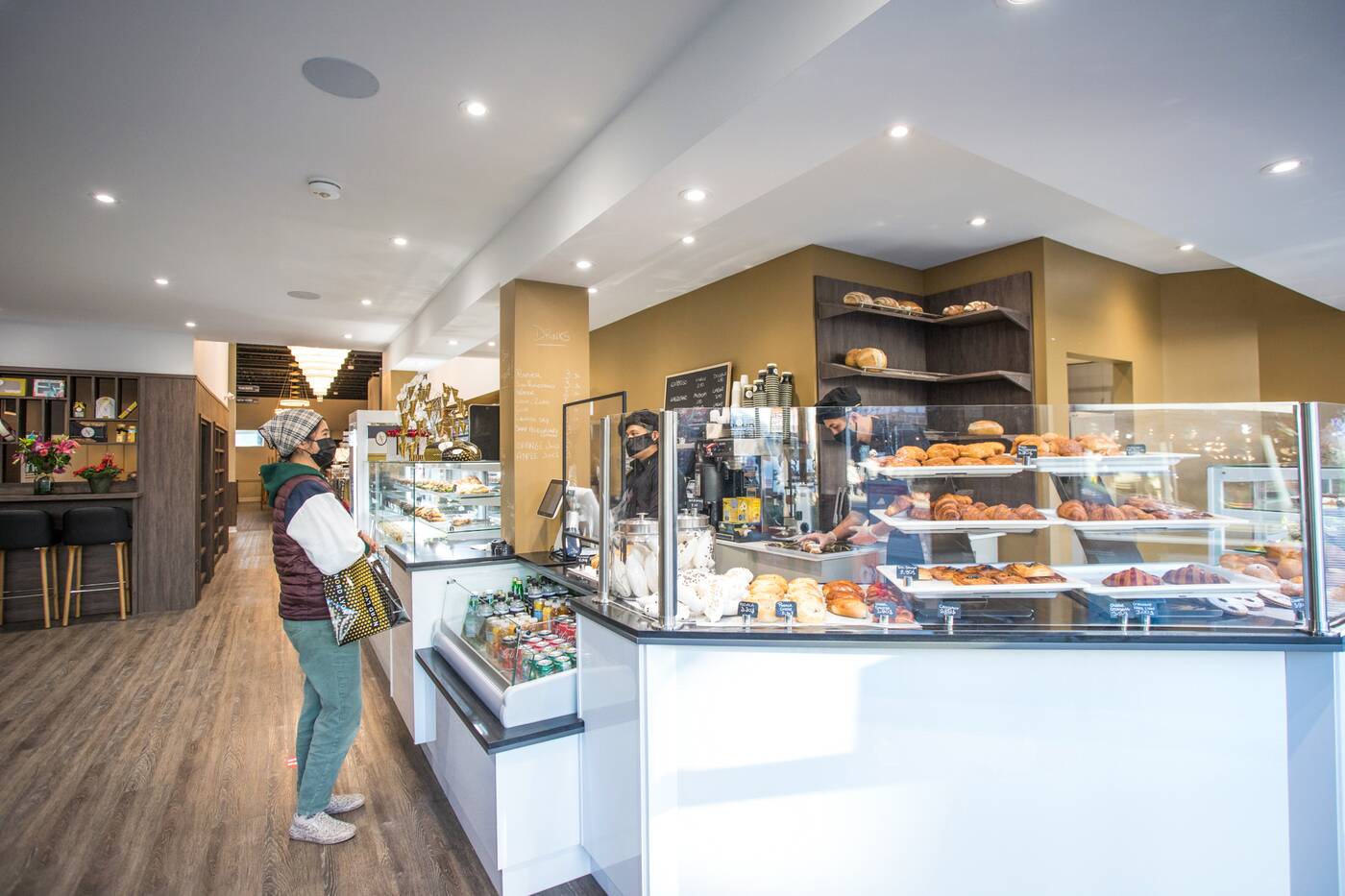 Over 200 different types of products — éclairs, petit fours, meringues, biscuits, croissants, choux pastries, boxes of macarons and more — are being churned out from morning to evening here. 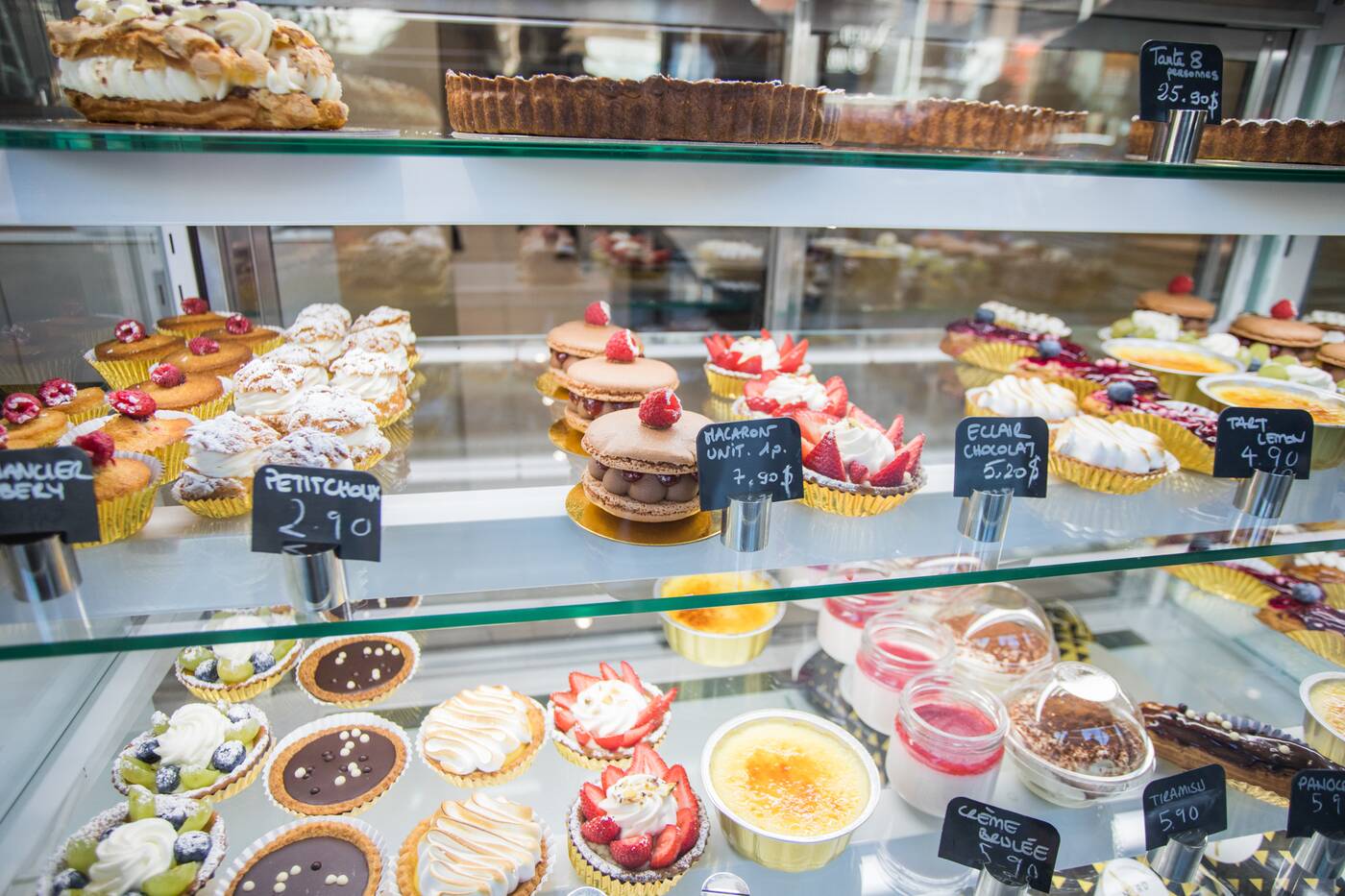 According to owner Richard Cici, who comes from Lyon, the goal of the bakery was to create a brand that Torontonians can associate with anything French and baked. 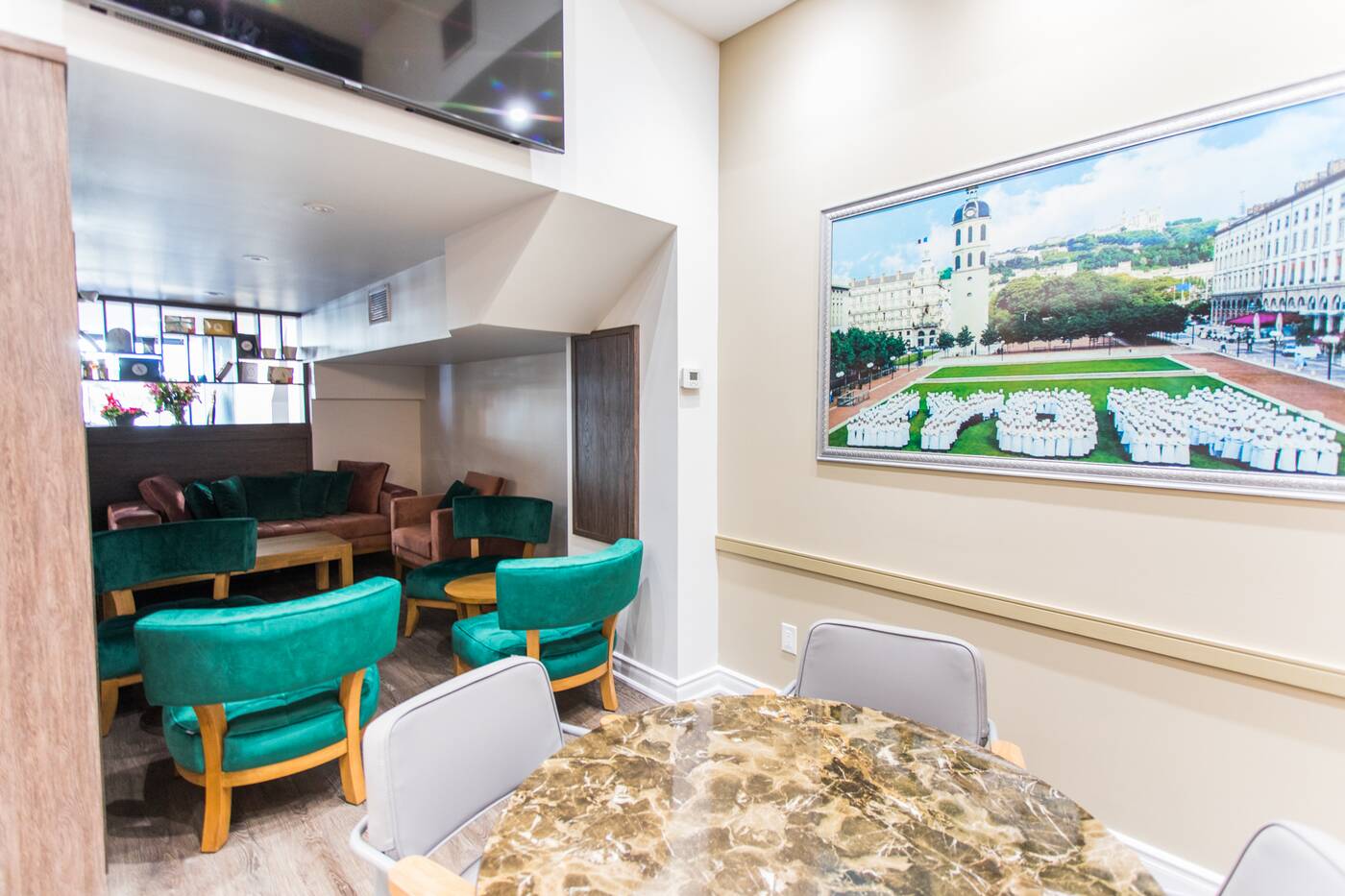 He has hopes to eventually expand across the city with more stores. 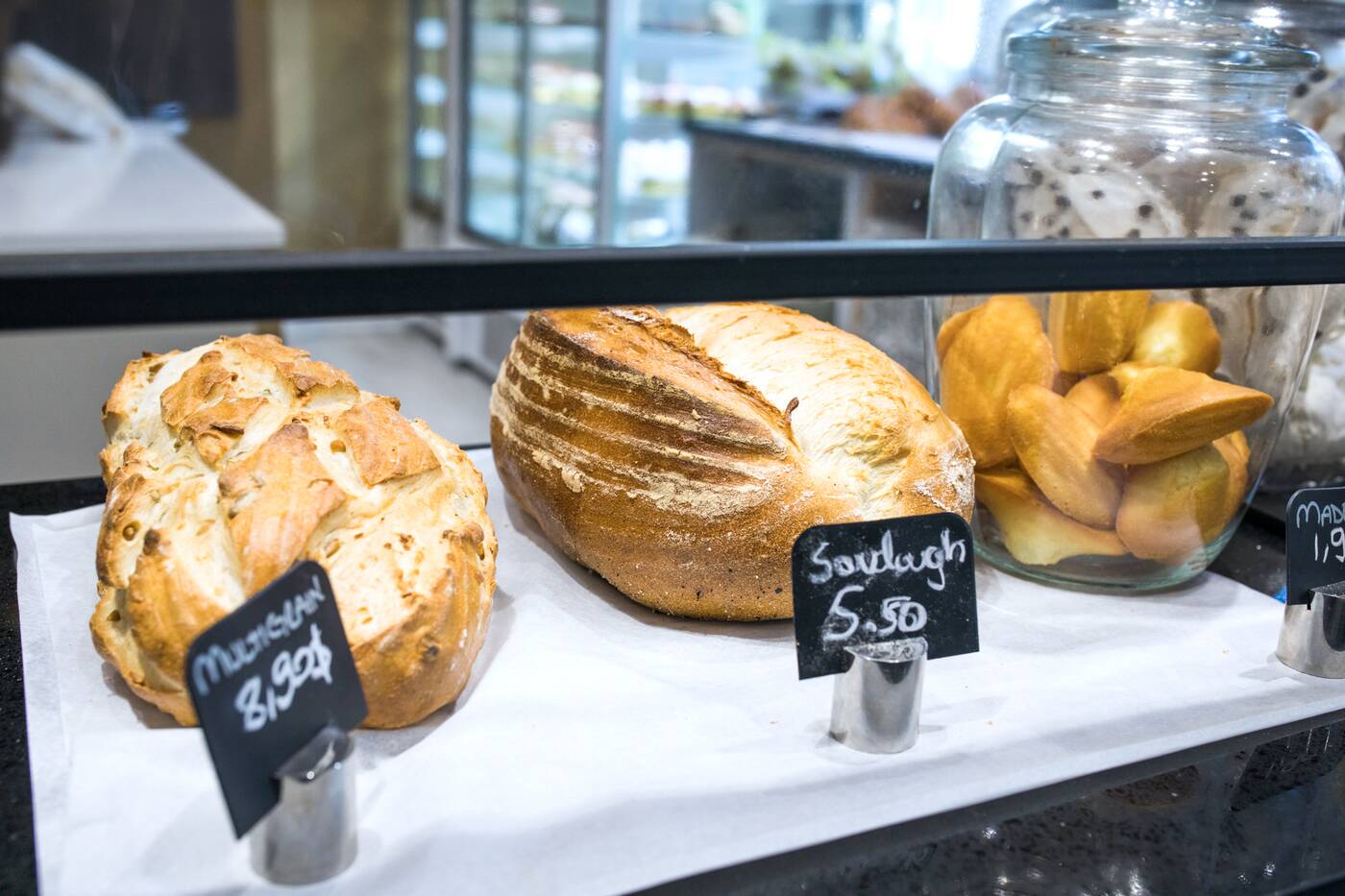 Transforming the former space of the furniture store Morba into a fully-equipped bakery took several millions of dollars, with ovens, mixers, and proofers all coming from France. 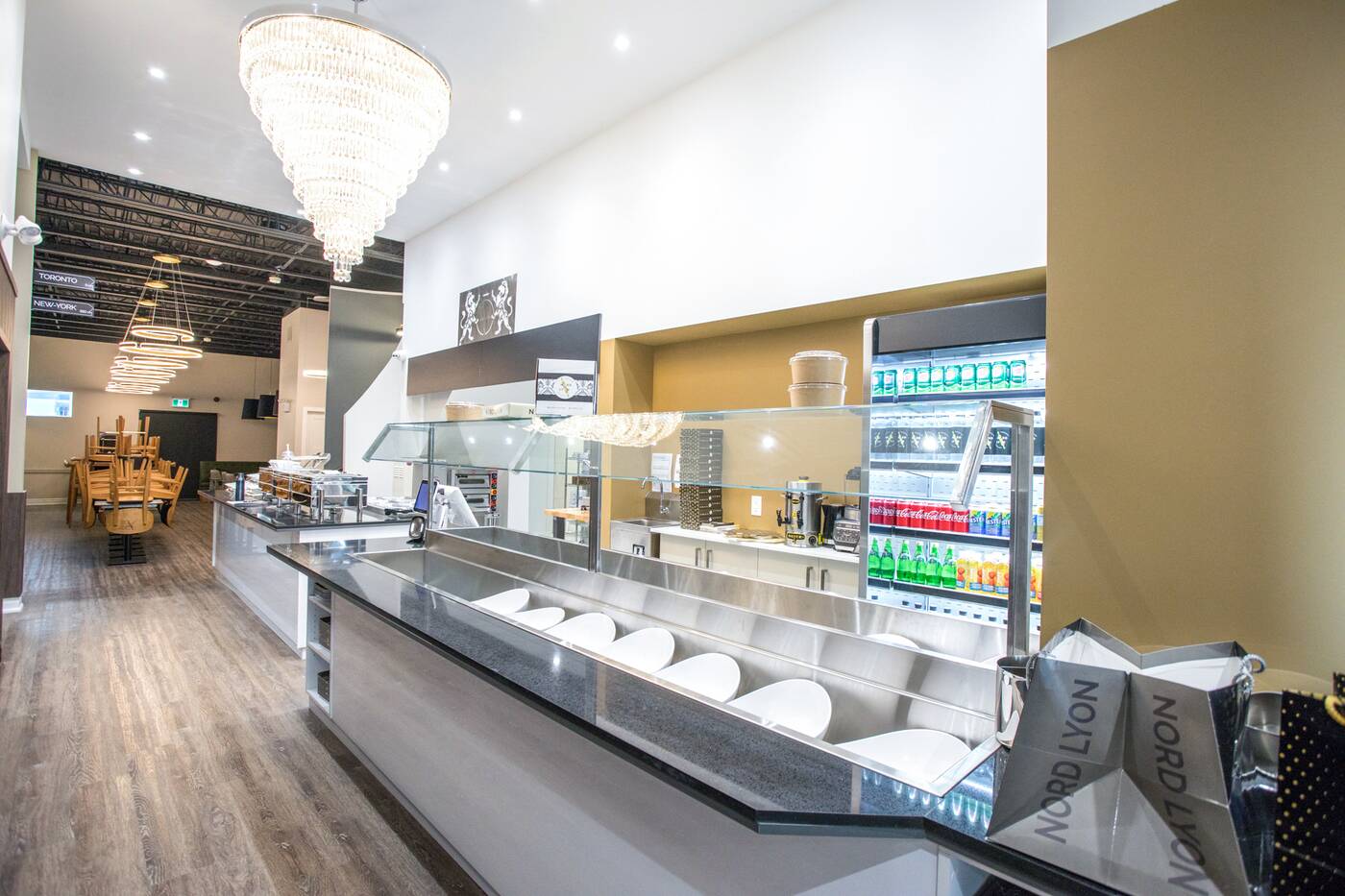 The cafe also has a buffet section, which, in lieu of a proper self-serve set up, will eventually open as a manned takeout station with barriers. 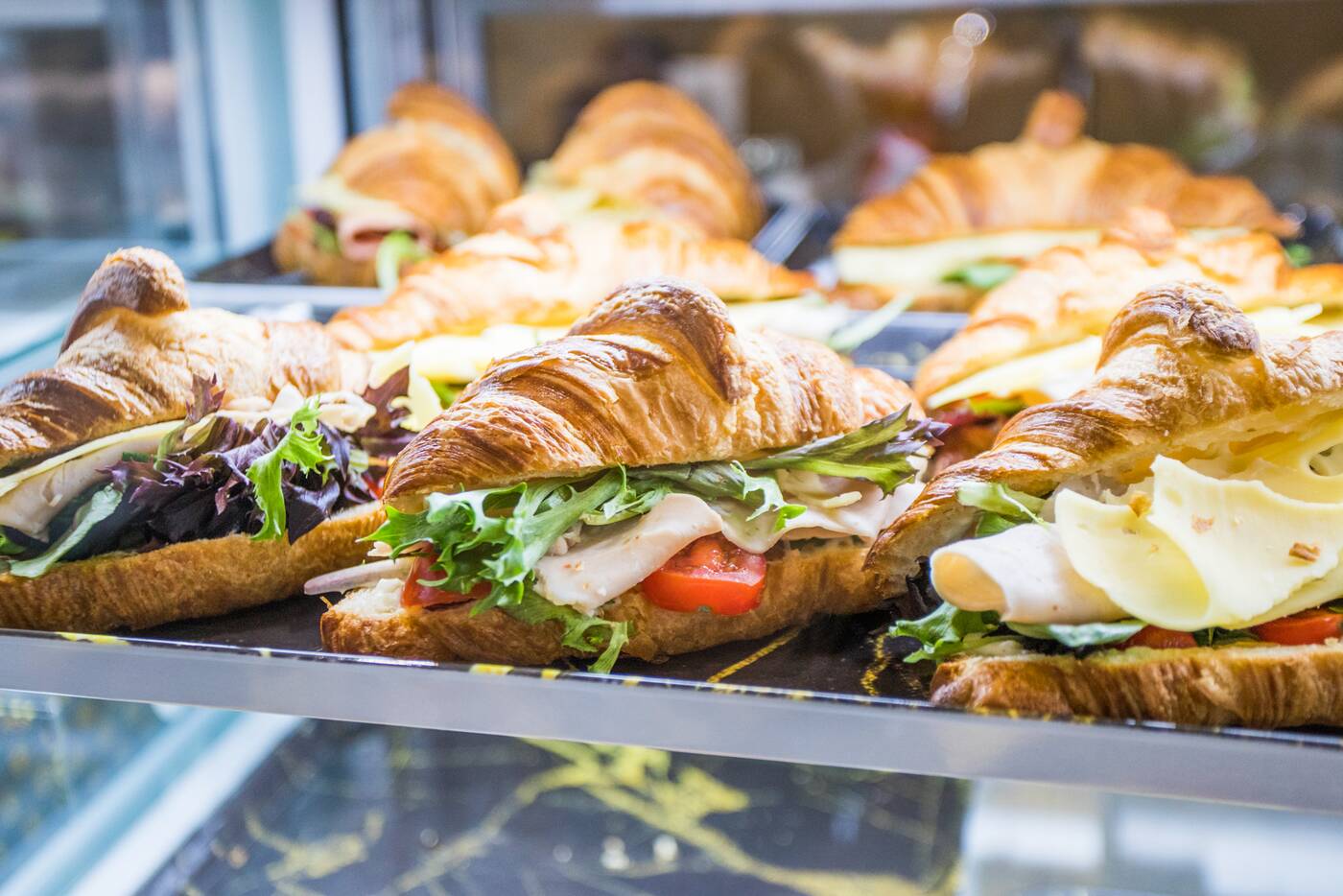 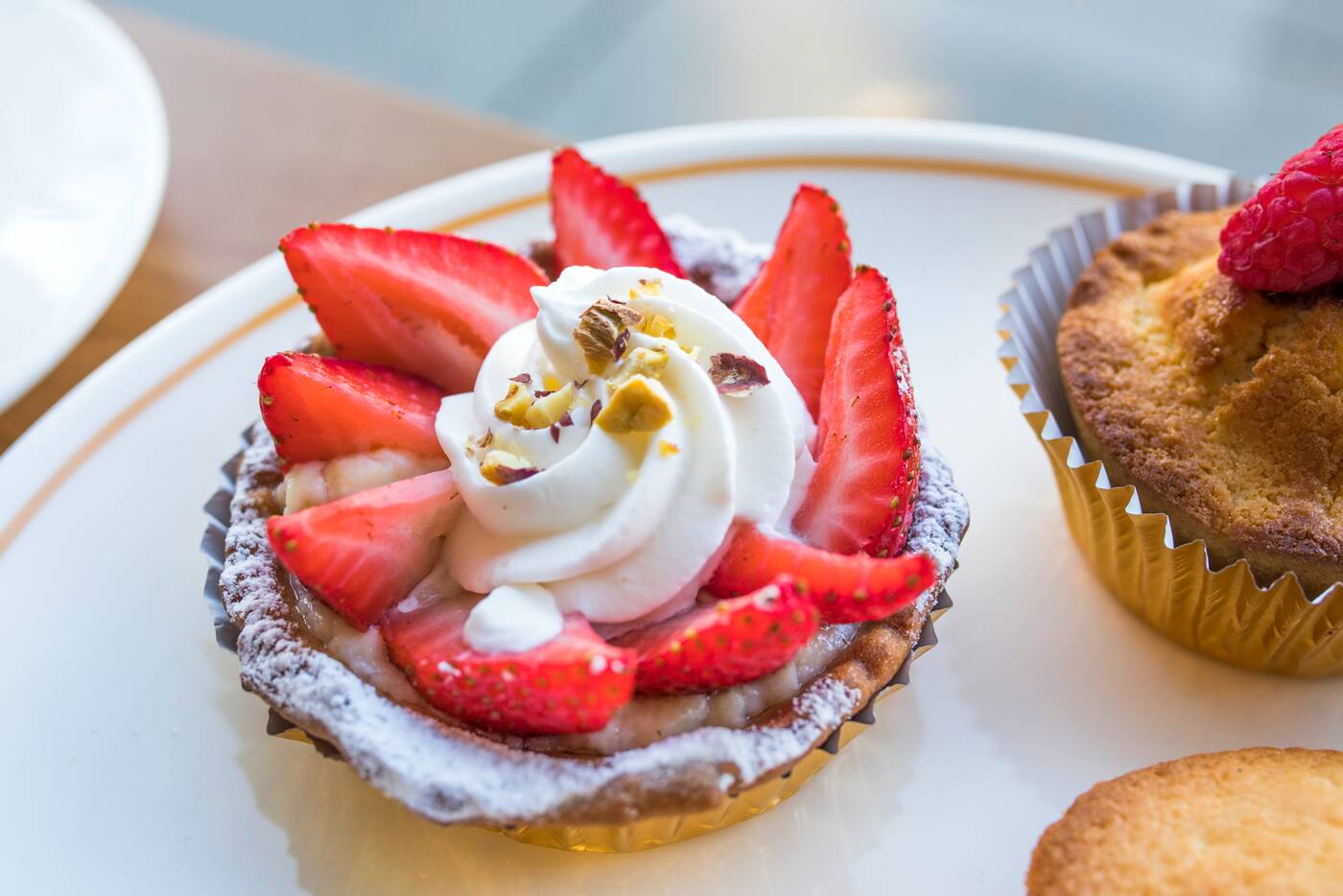 The key to the pastries here is the fact everything is made with French butter, which contains a slightly higher perfecentage of fat than North American versions. 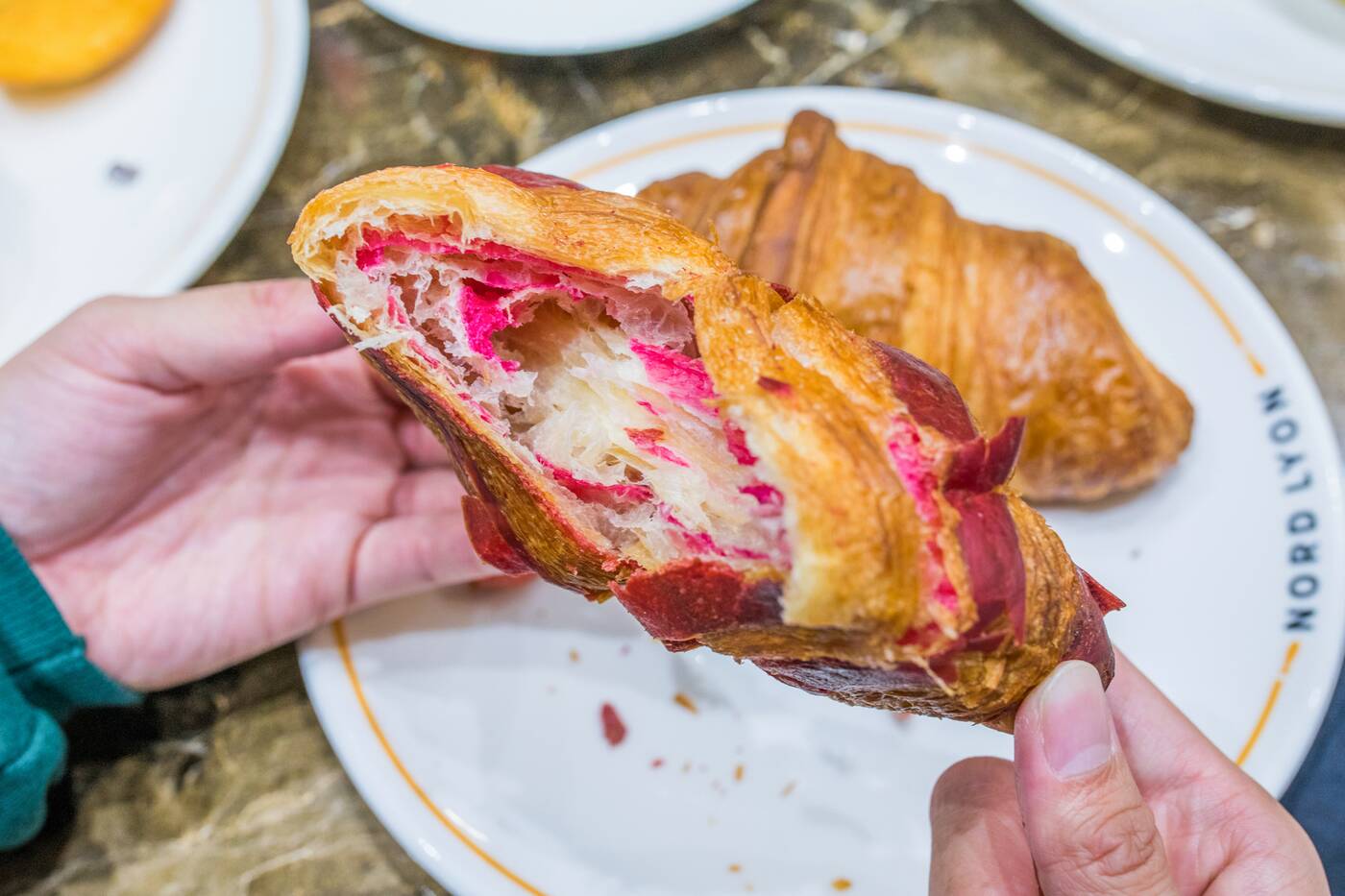 It's not a huge difference, but generally translates to a richer flavour when it comes to laminated pastries like croissants filled with apple or strawberry jam. 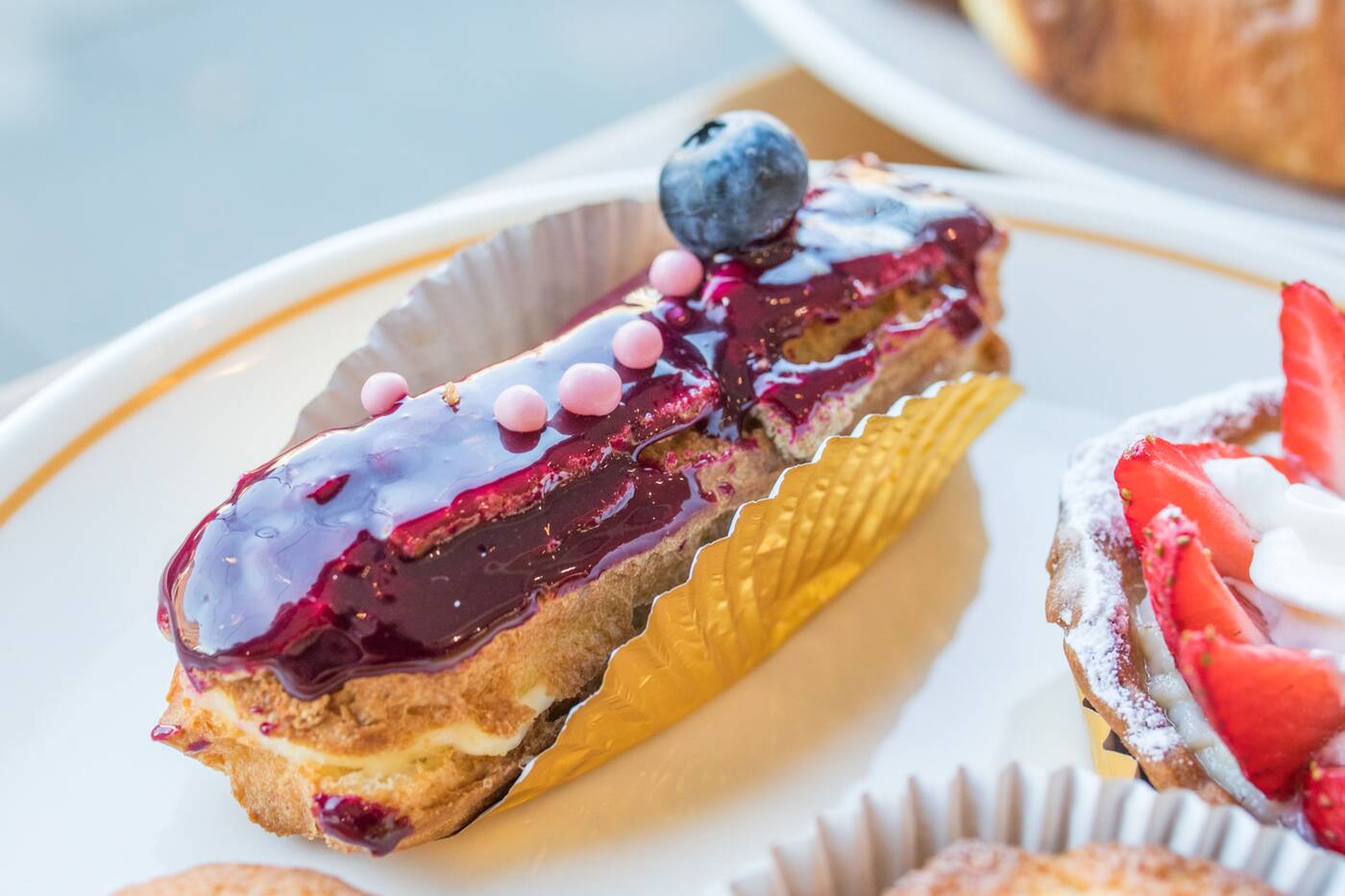 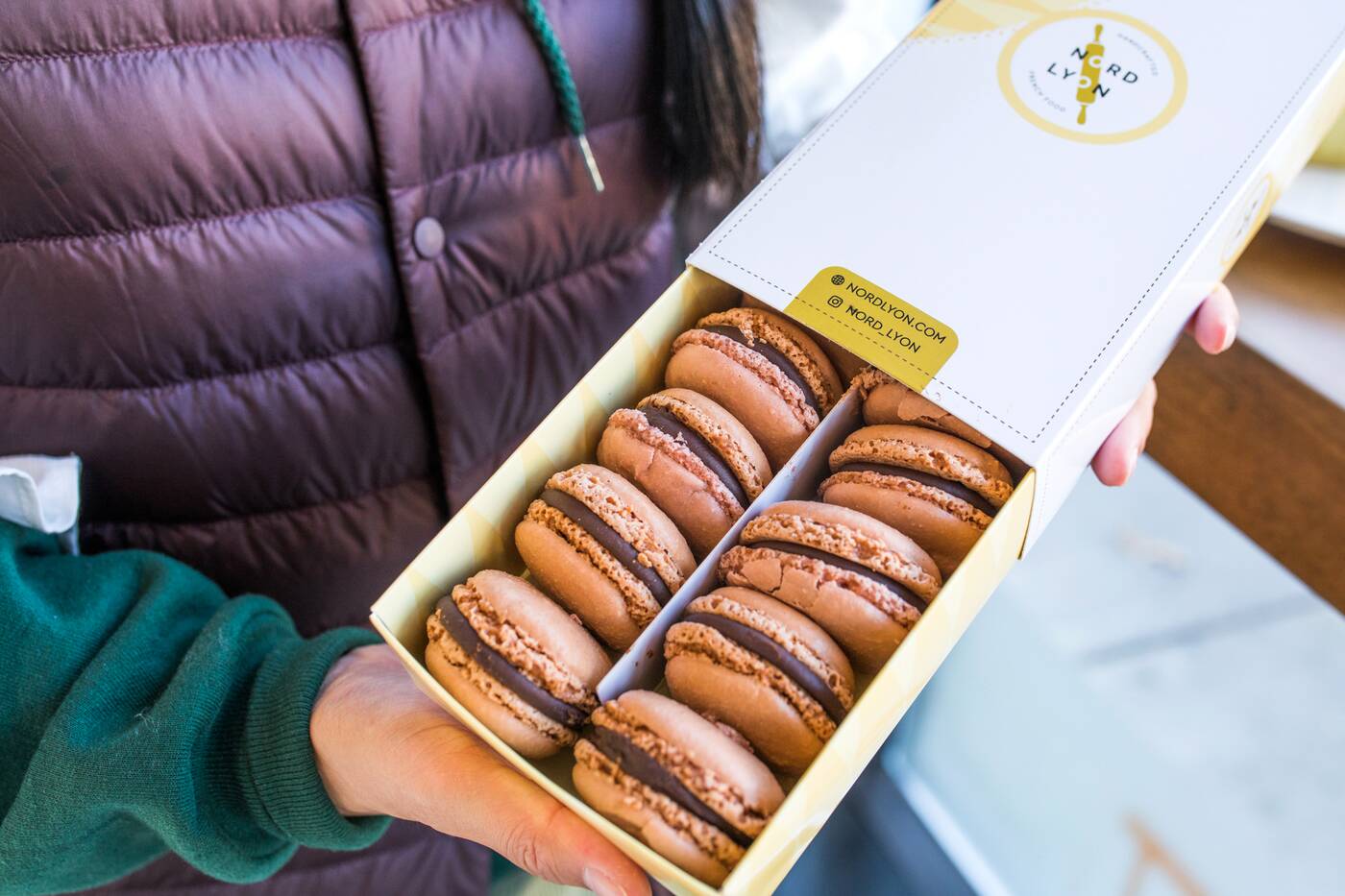 Macarons are more unrefined in shape than machine-crafted versions, since these are made by hand. A box of 6 is $14.90, with bigger sizes available. 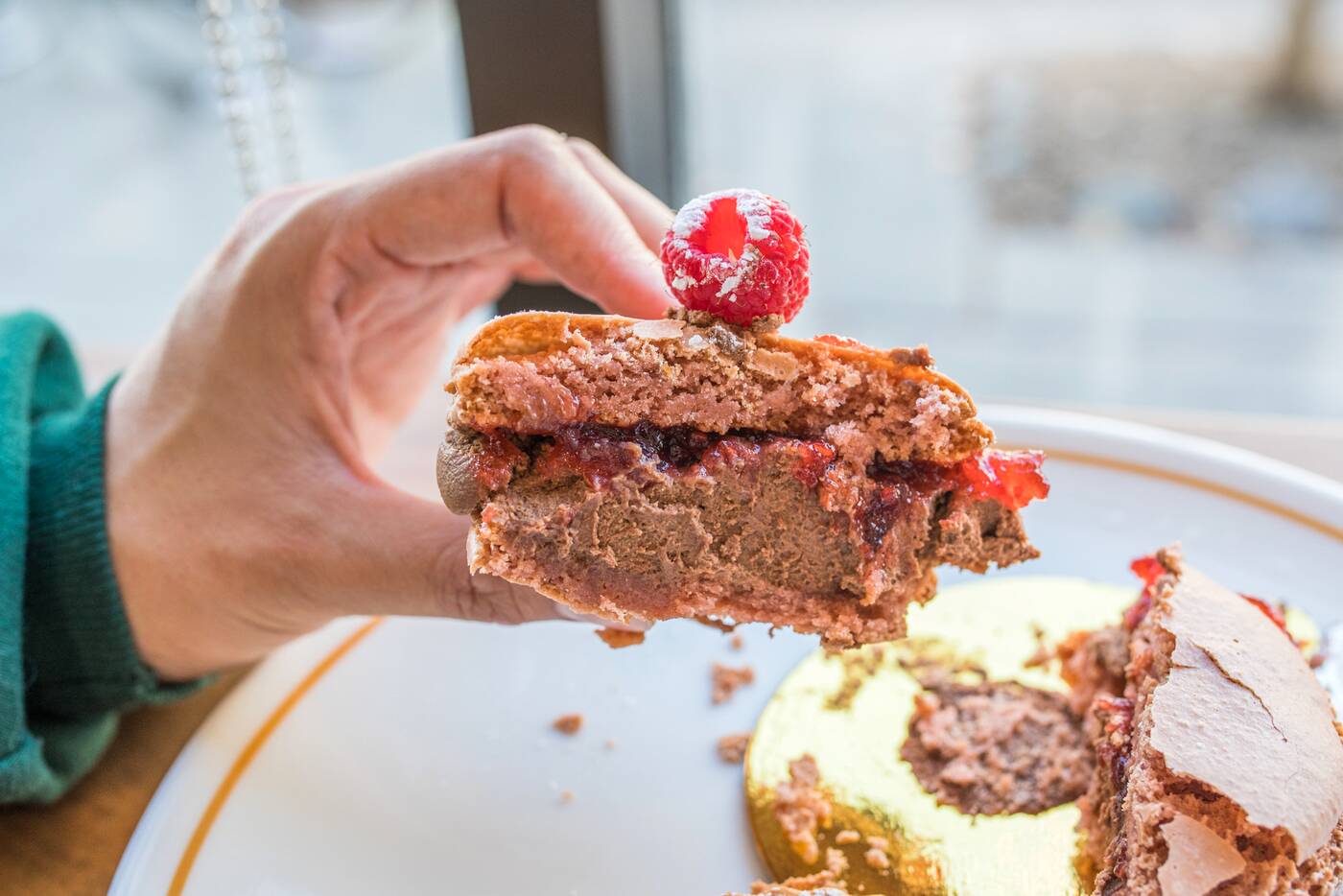 They also do hand-sized macarons filled with chocolate. For festive occasions, larger macaron cakes, $45.90, are large enough for 6 people. 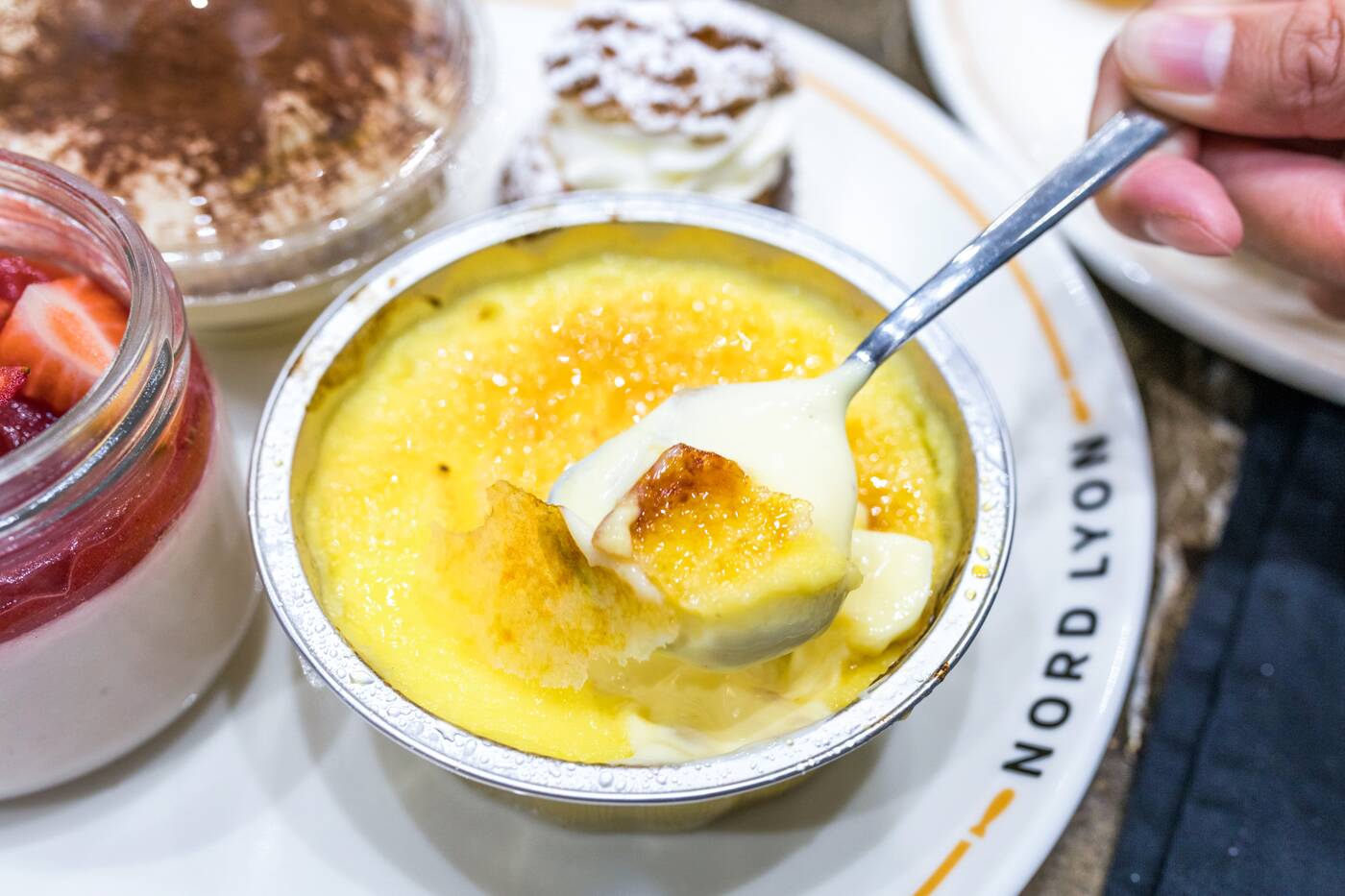 Traditional crème brûlée ($5.90) in tin cups are available for takeout.

If the sugar high doesn't get you, a caffeine rush might be the thing that does you over, since Nord Lyon also serves coffee. 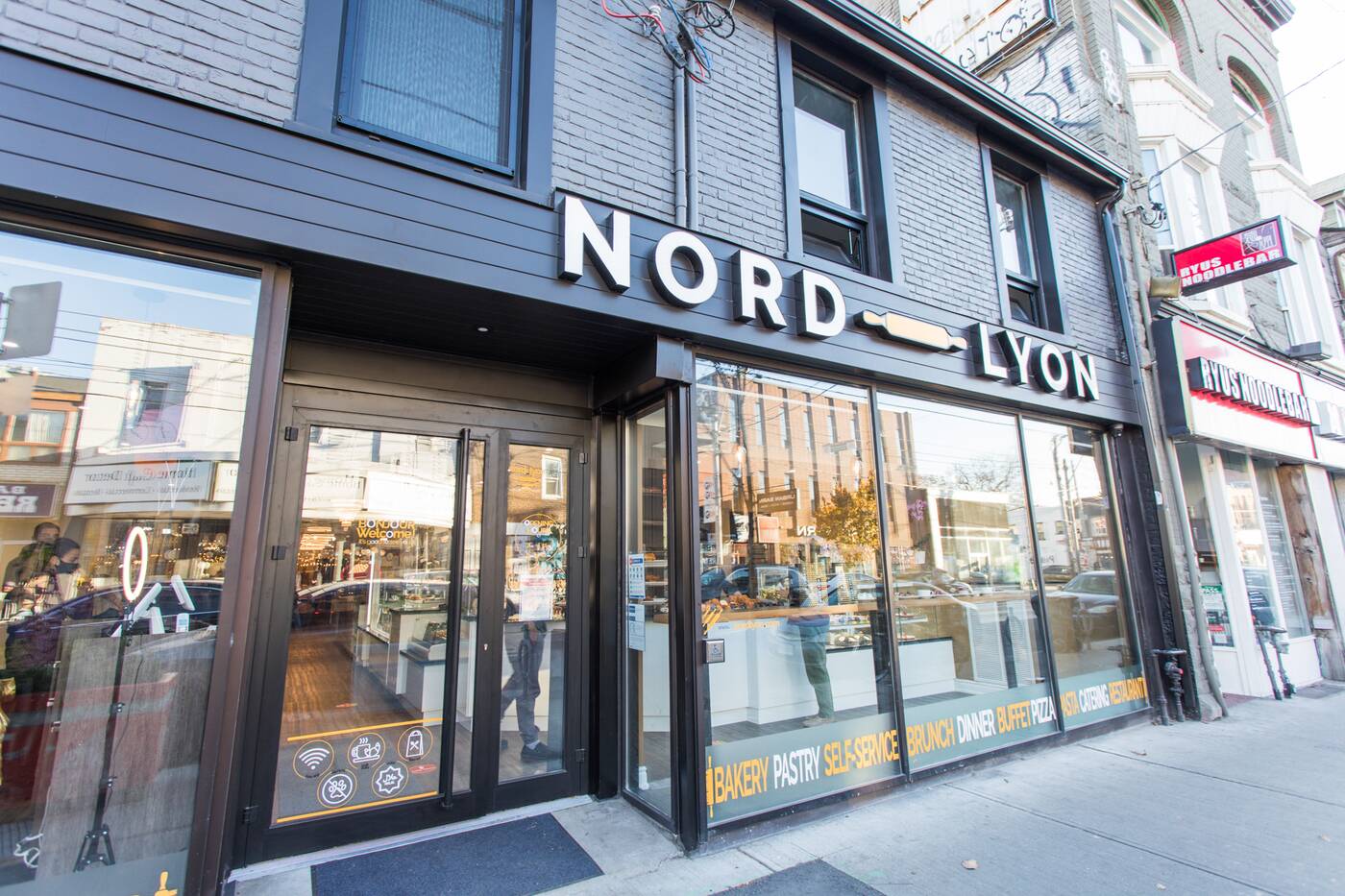