Nadege in the PATH is bringing the patisserie's delicate pastries and Parisian-inspired lunches to the downtown office crowd. Expanding past Queen St. and Rosedale to the Financial District wasn't already in the game plan for founder/chef Nadege Nourian and her team - until Oxford Property Group came to them and asked if they'd be interested in setting up shop underground.

"The PATH is changing," Nourian says. "There's already a few changes starting. Now they're starting to bring in more independent people than chains. They started with some people - like Sam James - and they came to us for that reason." 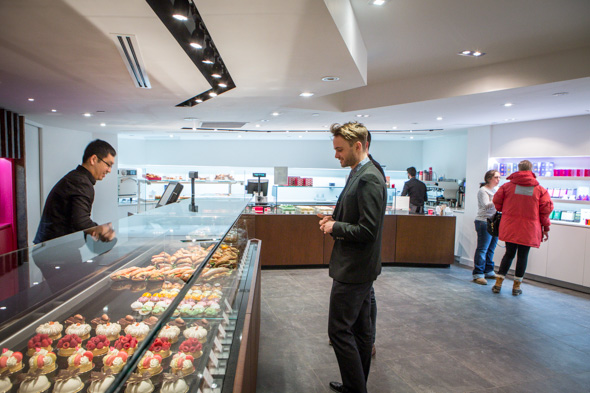 The former shoe store has been completely transformed into a sparkling jewel box filled with picture-perfect pastries, sandwiches and confections, thanks to architecture and design firm nkA (who have created all of their interiors from the Queen St. original onward, lending a cohesive feel).

The space is gleaming white, but hits of their signature pink peep through, and brushed steel topped with a rusty-brown treatment lends simultaneous warmth and edge. "It's a little bit 'chic Nadege,' and we (also) wanted it to have a bit of an industrial element." 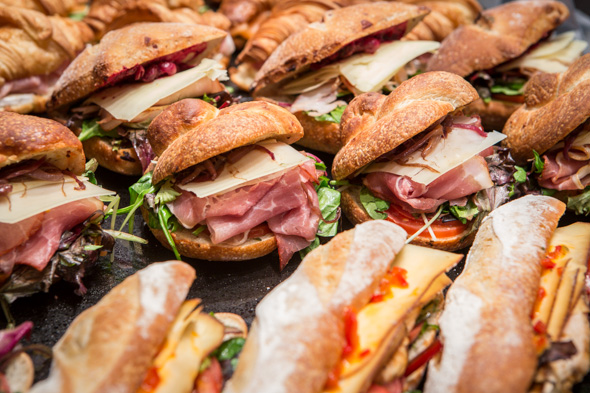 What's in the cases remains familiar, with tons of French classics imported from their other stores - but with each new location, Nourian likes to tweak products to the store's surroundings. The PATH, naturally, caters to a grab-and-go office crowd - which led them to up their game in terms of lunch items, takeaway snacks, and even easily giftable sweets and treats. 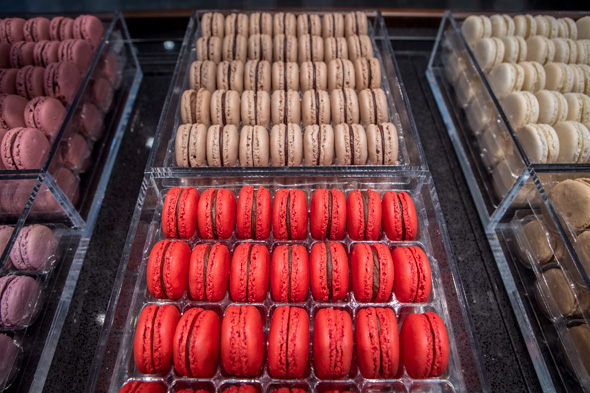 Macarons are still there in all their candy-coloured glory, along with a selection of petit choux in a dozen or so flavours. You can get them assembled into a mini-tray, perfect for taking up to the office or home for a party over the weekend. (Fridays, Nourian tells me, are "a zoo" at the PATH store.) 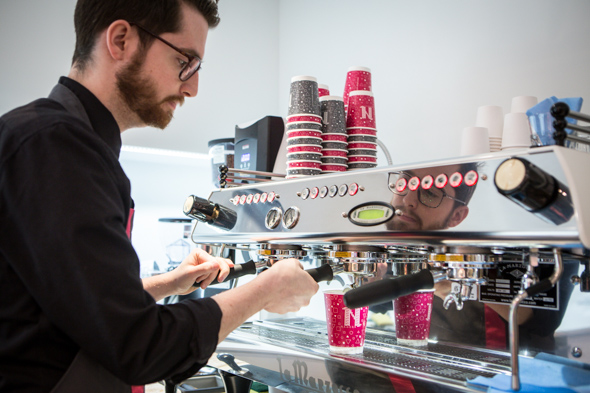 Beside the croissants (and other breakfast-worthy creations, like a remarkable matcha brioche bun filled with raspberry) is the coffee counter. Nourian tells me they recently hired on Momiji Kishi, formerly of Dark Horse and Detour , to oversee the beverages for all of Nadege's locations. 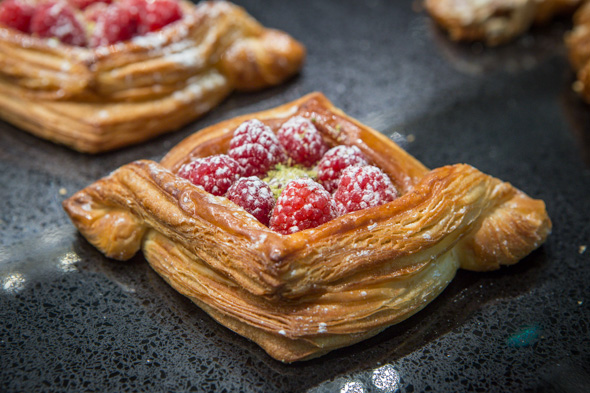 "We had good coffee, but now we really have the coffee to match the quality of the desserts. We're very proud of that." Now, they serve espresso drinks made with Detour beans on a La Marzocco machine. 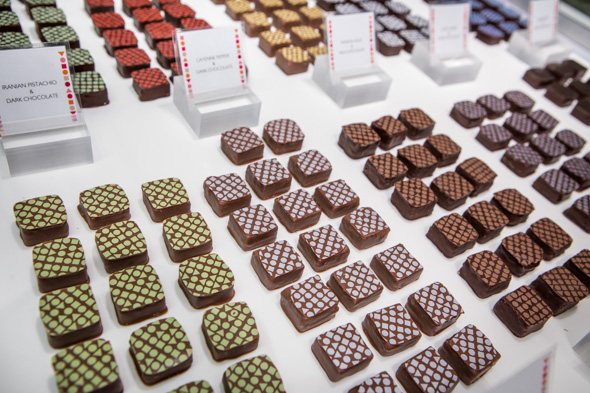 For handy gifting, there's a selection of artisanal chocolates (held in a sliding glass case, like the kind you'd find in a jewelry store). Their array of premade sweets, like flavoured marshmallows, toffees and nougats, are all there - albeit in nifty new geometric boxes. 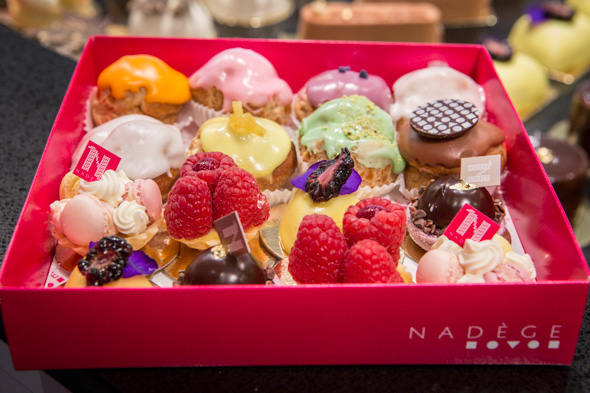 With a Holt Renfrew gift shop opening over the holiday season, Nourian says, it was time to "level up the game" on the packaging front. The flavour is there, and everything, but it was important to go even further with the packaging." 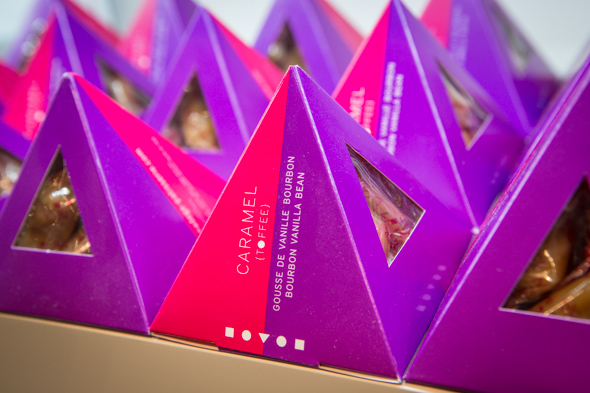 A recent hit: Flavoured hot chocolate mixes, which you can also get to go at the bar. "A lot of people just come in here and grab it like that, or we can do gift baskets a la demande ," Nourian says. 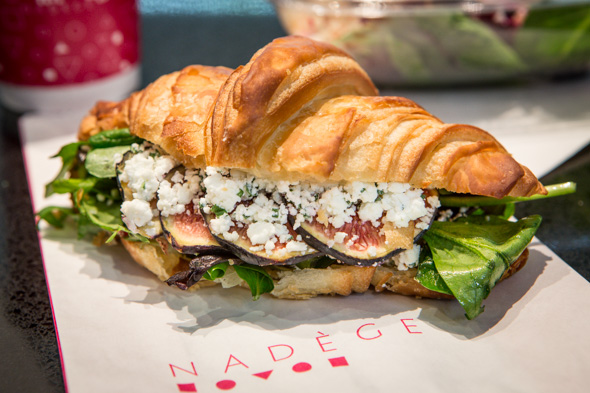 And then, of course, there are the savoury options, assembled with the same care and top-flight ingredients as the rest of the menu. Their sandwich menu got a major boost, with options spanning from fig and goat cheese to speck to breakfast sandwiches ($8-9). Boxed salads are also available to go ($10-12), with vegetarian, fish and meat versions available daily; when we visit, the options included Thai meatball and teriyaki shrimp. 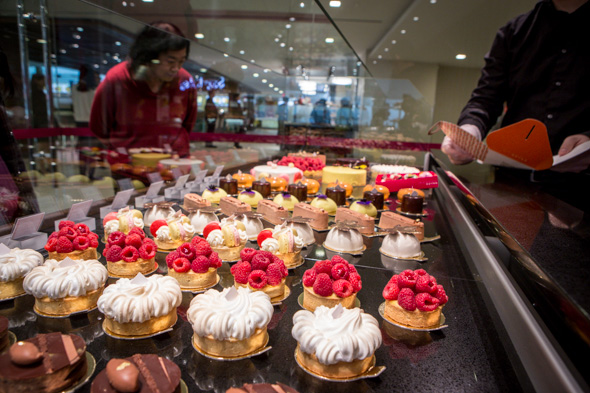 All the baking is still done on Queen St., and everything - down to the granola in their organic yogurt parfaits - is made from scratch. "We don't buy anything else - ever, ever!" Nourian says. "Sometimes the chefs are like, 'you're crazy'. I'm like, 'This is how it has to be.'" 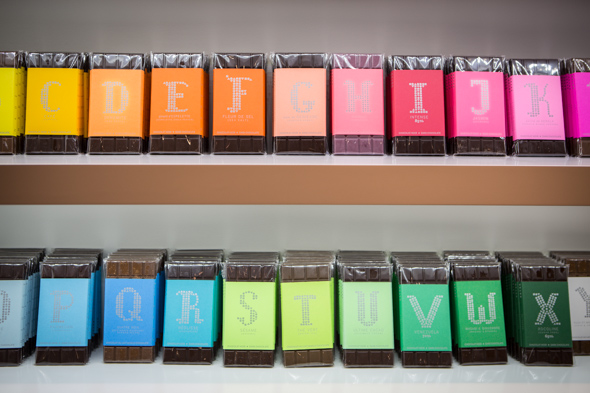 Fortunately for Nourian, she's been able to attract some excellent talent - their sprawling two-floor kitchen facility now houses about 20 staffers, and their multiple locations let them grow and test new products for the betterment of the whole Nadege empire. (For example, the sandwiches from the PATH have already been brought back to Queen.) "The quality - it always was there, but we're expanding, and we can do more things." 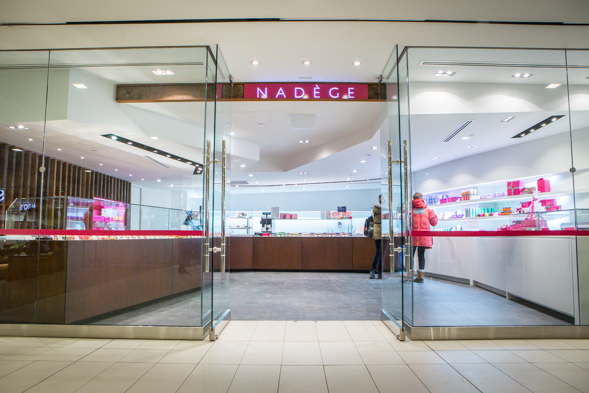