Her father, Nicola Chiaravalloti trained as a baker in Rome and had his own pastry shop there before moving to Toronto and opening Bona Via Bakery in Scarborough in 1985.

Cannoli was just one of the offerings at the family bakery and cafe that did just about everything in the way of Italian food and desserts. 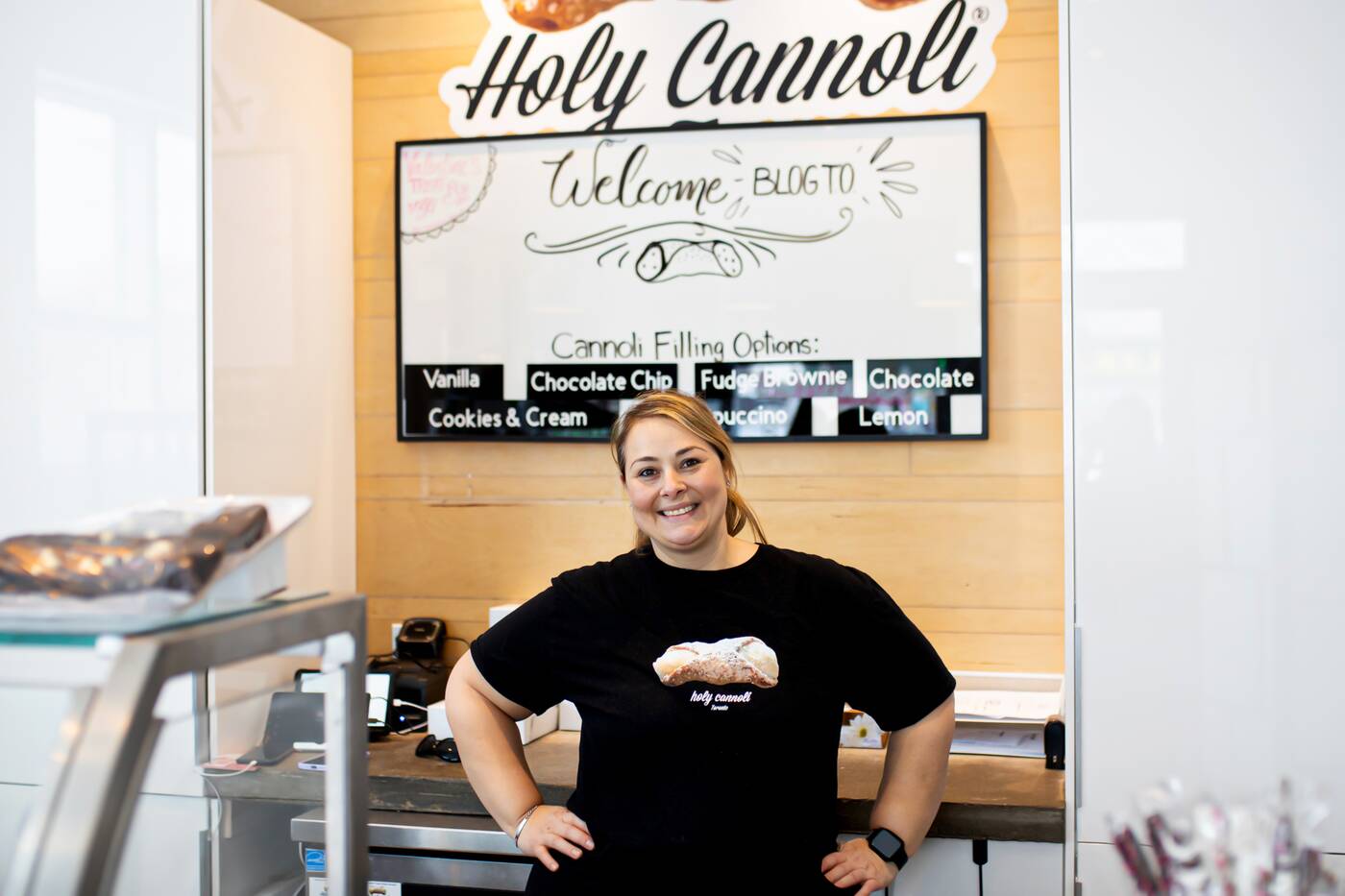 Chiara took a 12-year hiatus from the food business to pursue work in the film and television industry but started Holy Cannoli in 2014.

For the first seven years, she focused on food shows, markets (find her cannoli stand at St. Jacob's) and wholesale for retailers across the GTA and Ontario, before opening her long-dreamed-about shop in Etobicoke. 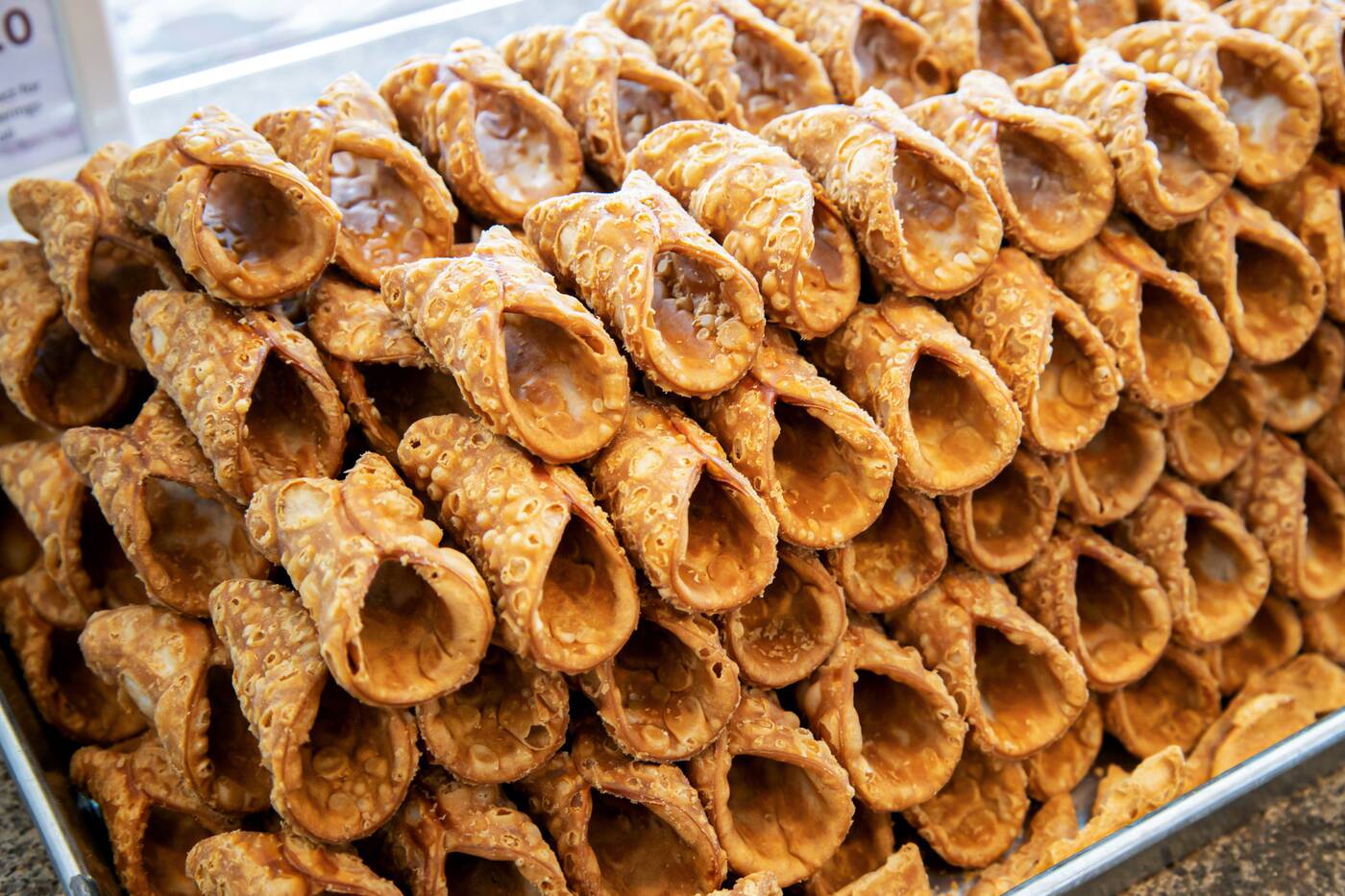 Unlike other bakeries where shelves come with rows of already filled cannoli, all you'll find here are piles of empty shells. That's because Chiara tells me, pastry windows will quickly turn the crispy fried shells soggy due to their high humidity. 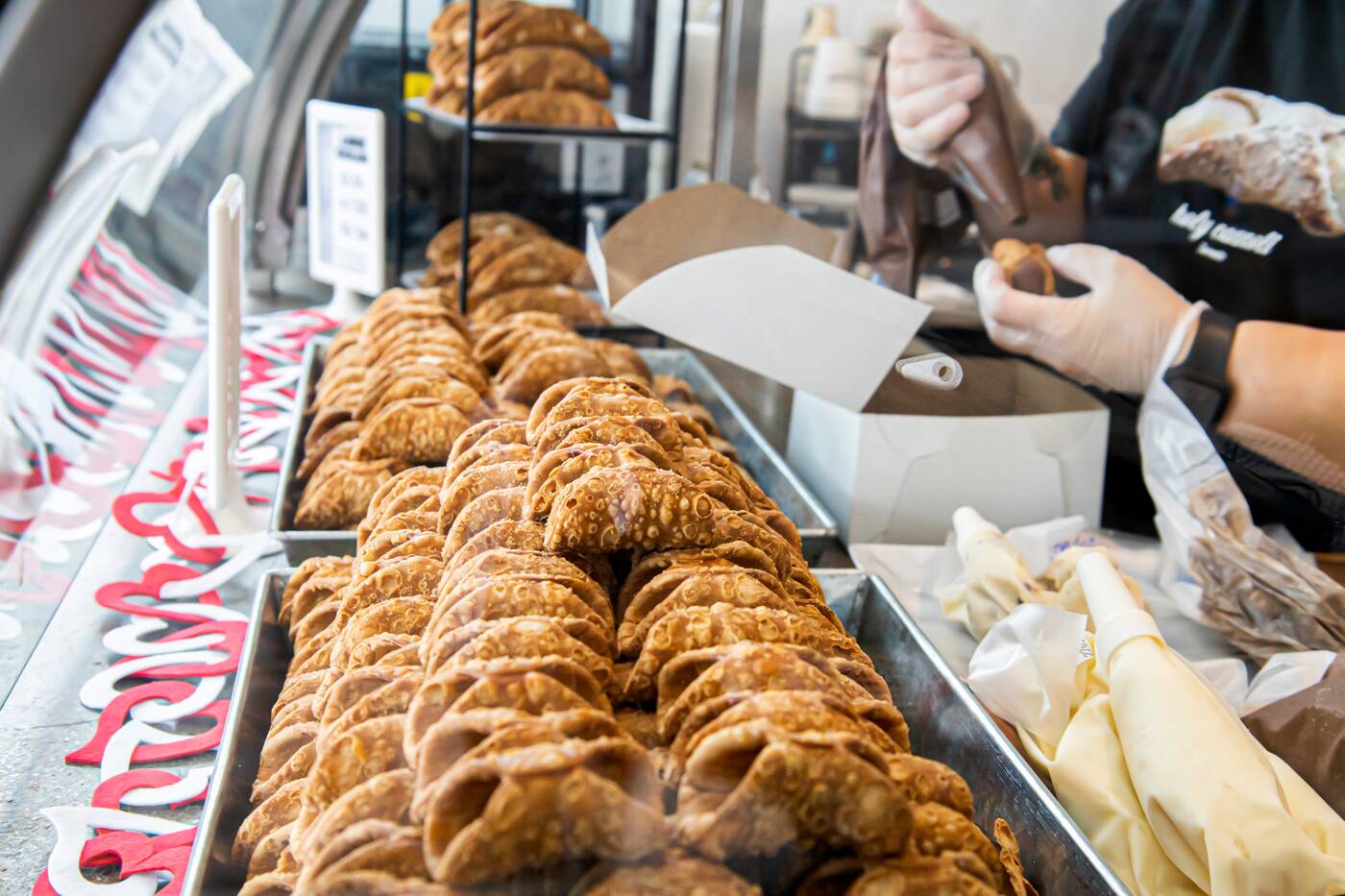 She prefers to fill them per order, in front of each customer for the freshest possible experience. Chiara's adamant that her cannoli always be served this way – that's why the shells and ricotta fillings are packaged separately when delivered to retailers. 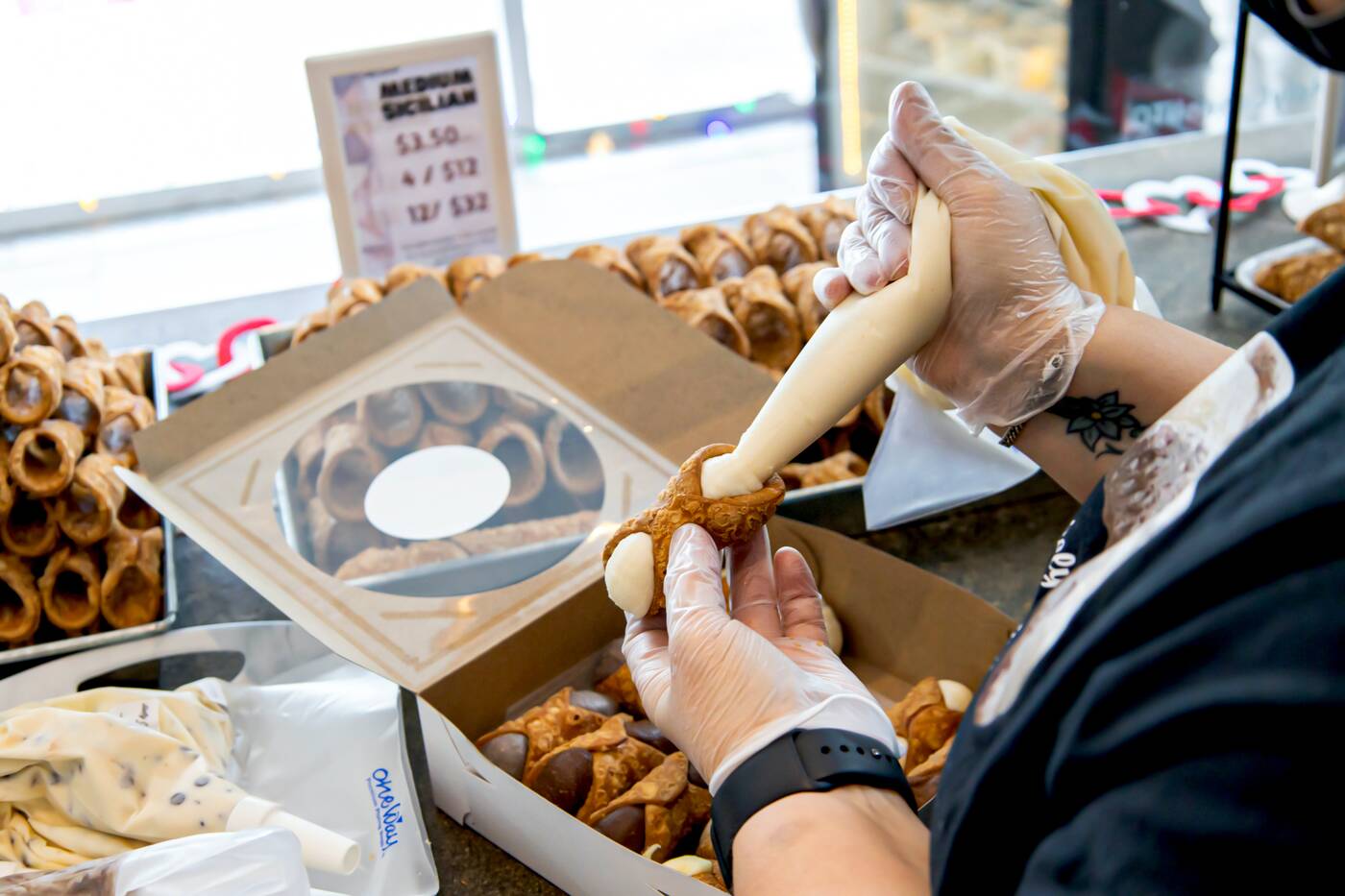 The recipe for the classic vanilla cream filling made with ricotta from cow's milk was developed after Chiara's father and longtime baker took a visit to Sicily more than three decades ago. 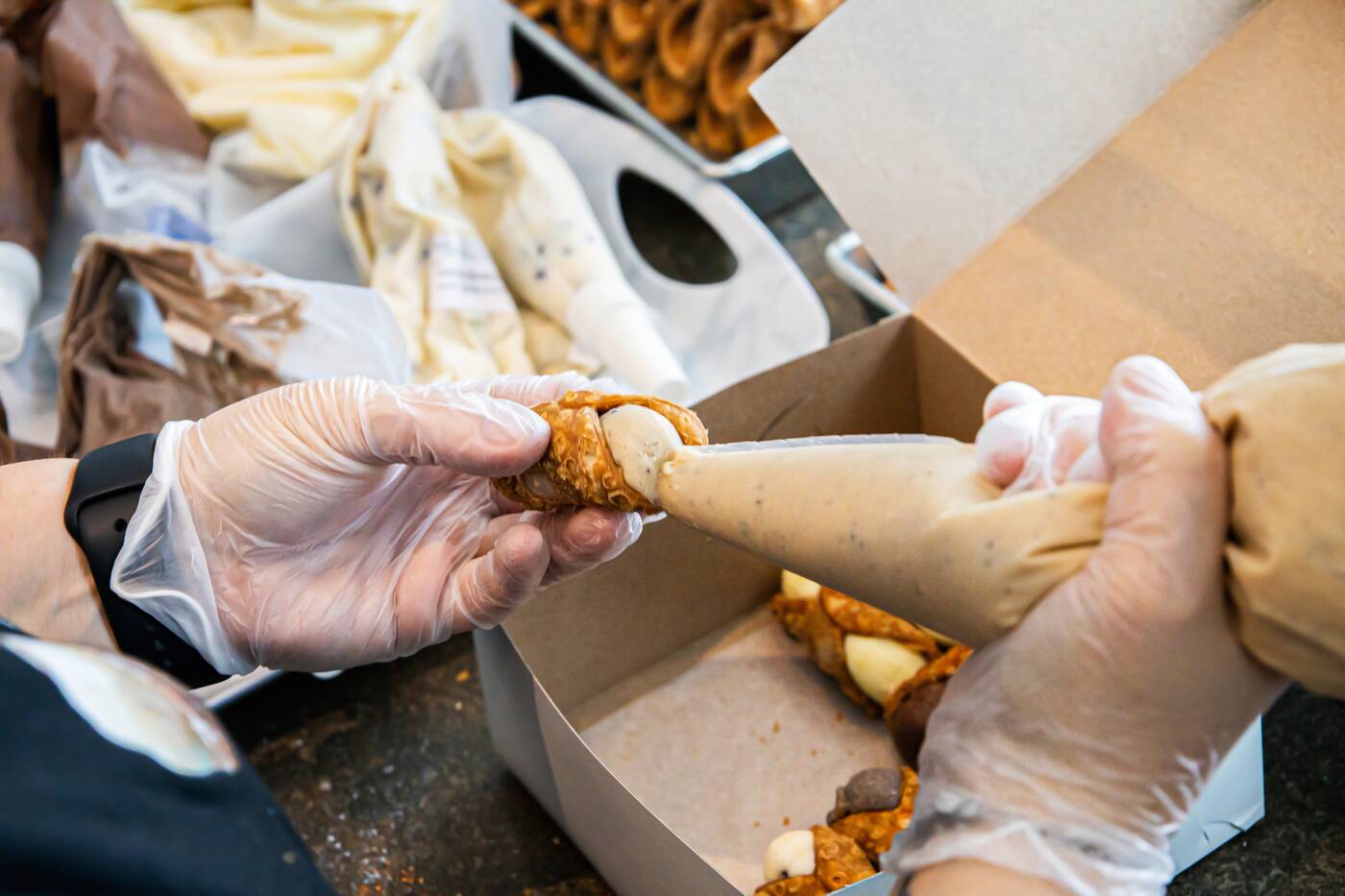 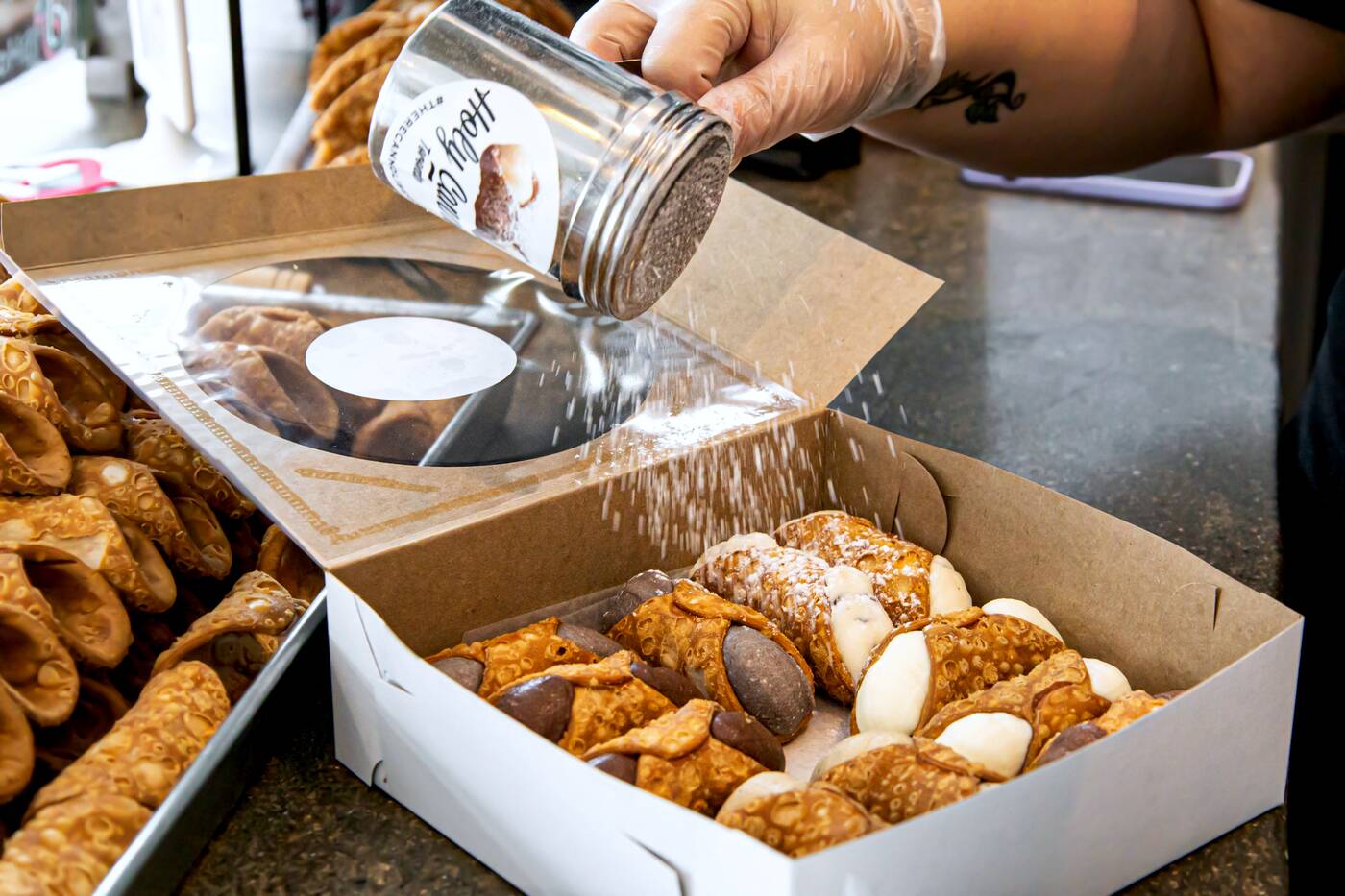 There are also always a few rotating flavours along with a flavour of the month – February is fudge brownie made with real cocoa powder and a tray of homemade fudge brownies. Come in the fall to try pumpkin spice, which they keep available until December due to high demand. 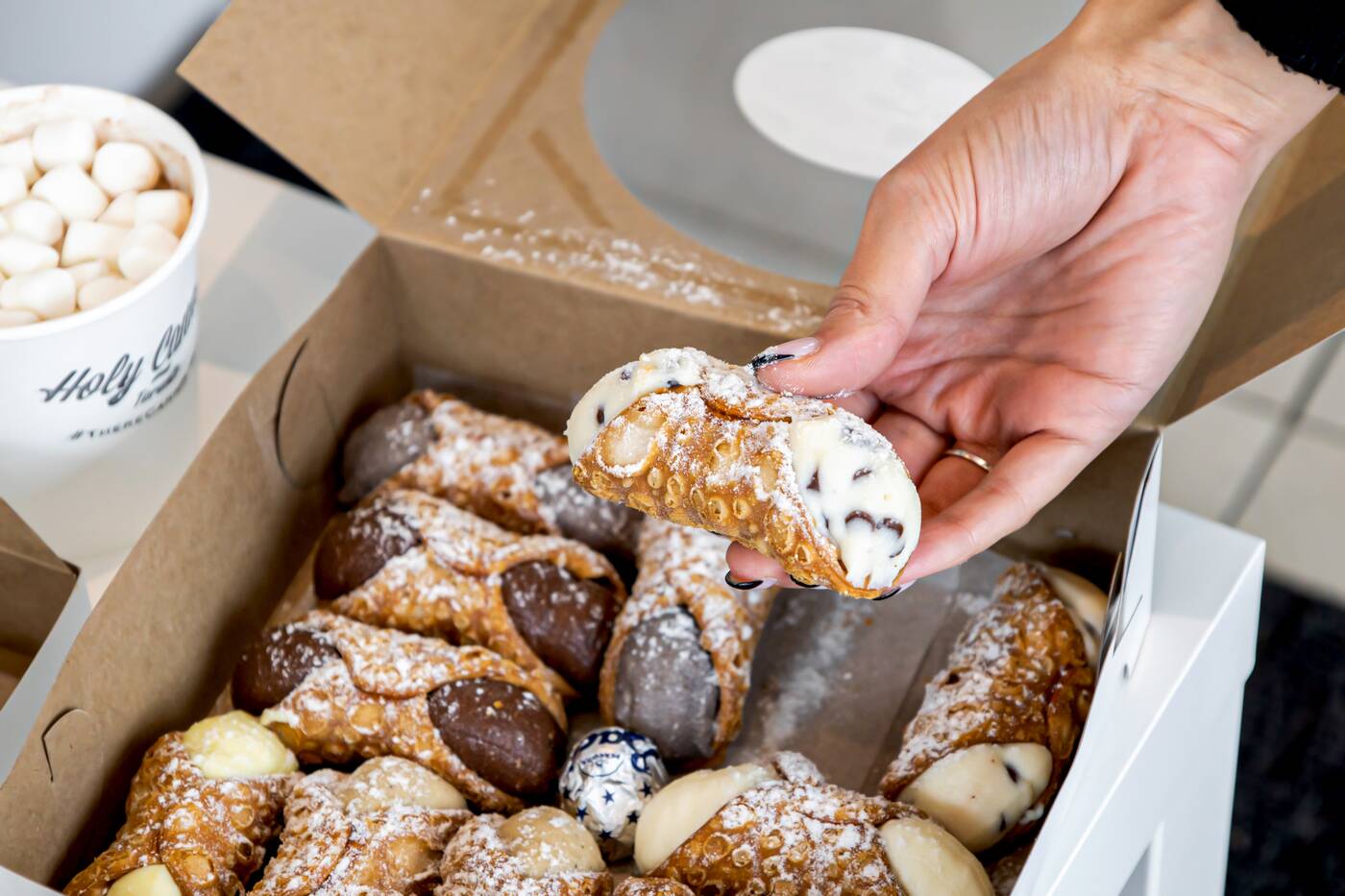 Cookies and cream cannolo ranks as a personal favourite, with the crushed-up Oreo cookies mixed in with the vanilla almost tasting closer to ice cream. 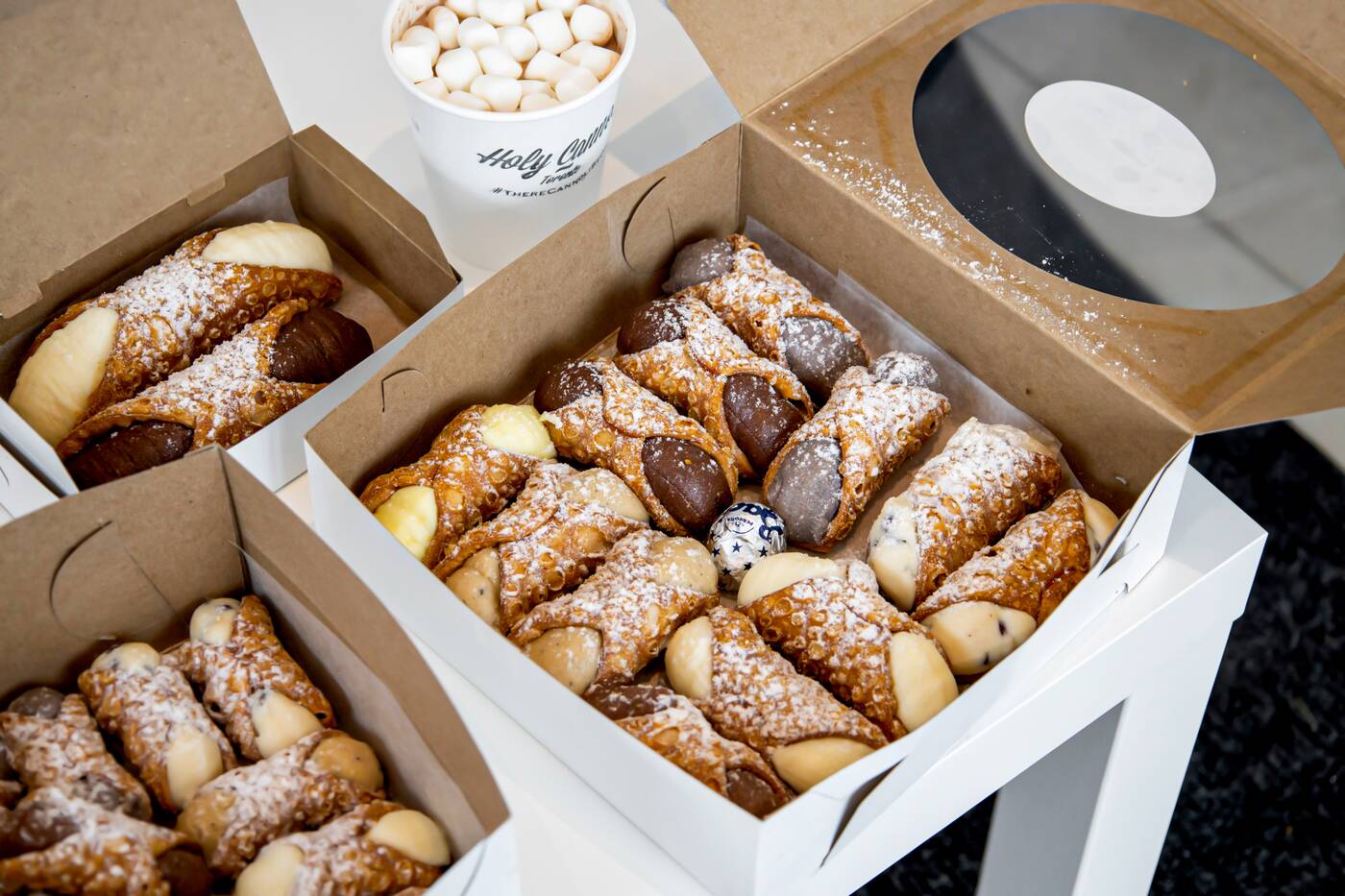 The three available sizes, mini, medium and large, each offer a unique cannoli experience. The smallest lets you try several flavours at once while the more standard, medium feels like the perfect size to gift your friend. 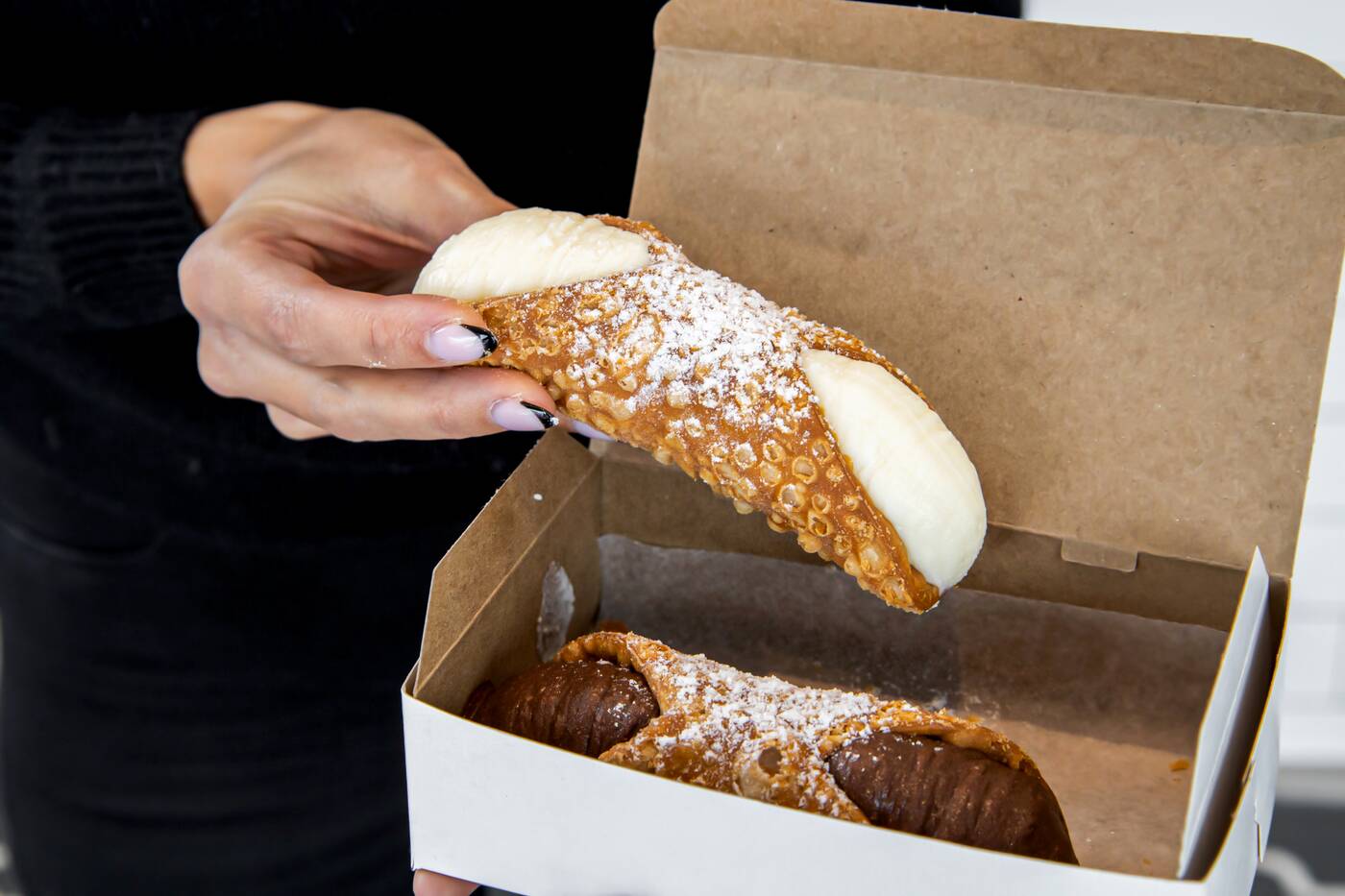 Large, which Chiara calls the Friday night cannoli for obvious reasons, is the ideal week-ender and gives you the most generous amount of cream filling. This one is great if you have a specific craving for one flavour and an insatiable sweet tooth. 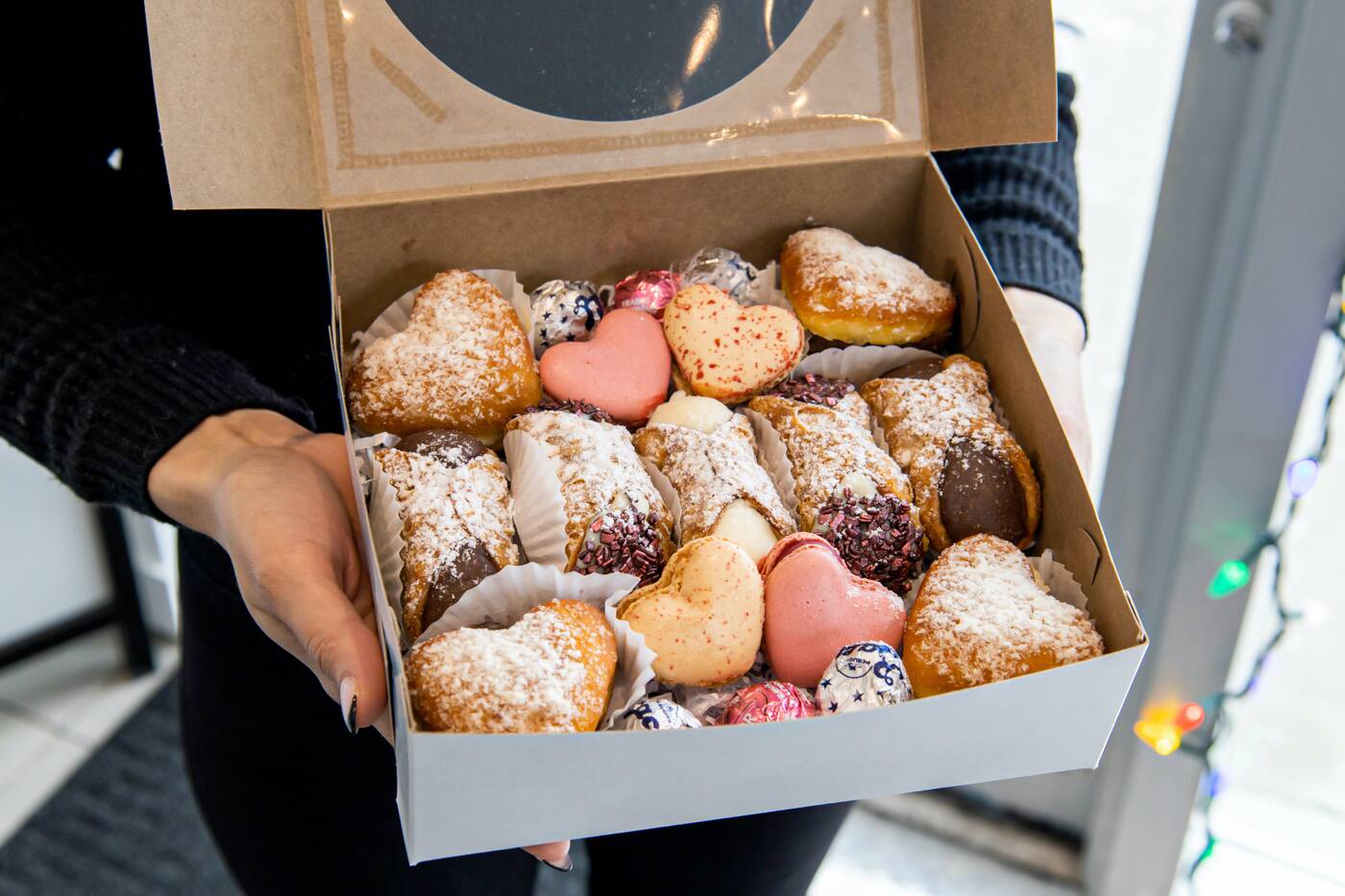 Available only for pre-order until Feb. 14 is the Valentine's Day treat box ($38), packed with an assortment of cannoli, macarons, chocolates and heart-shaped donnoli or cannoli cream filled donuts. 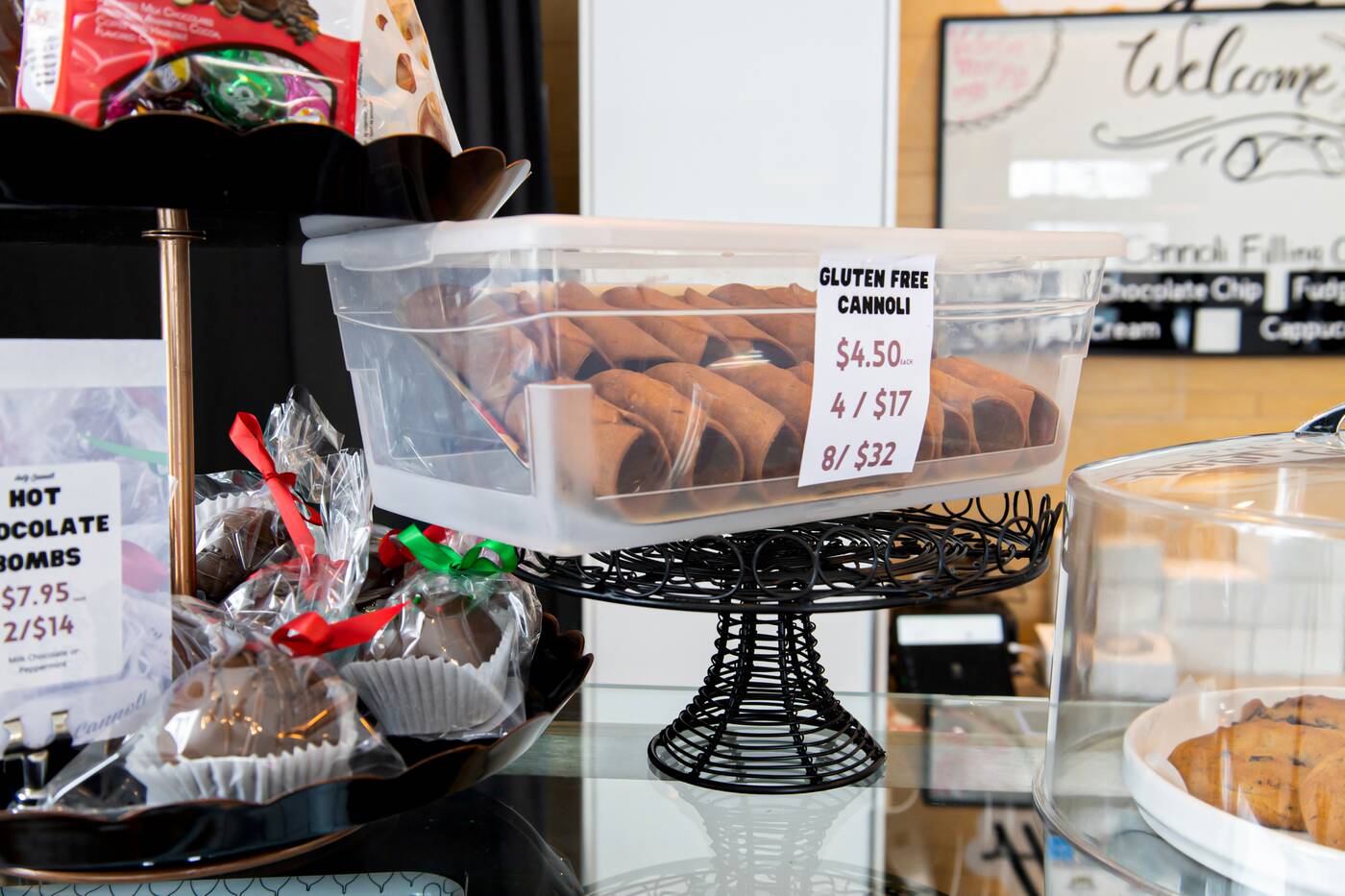 Gluten-free shells are also handmade in-store and available for a few dollars more than the regular ones that are imported from Sicily. 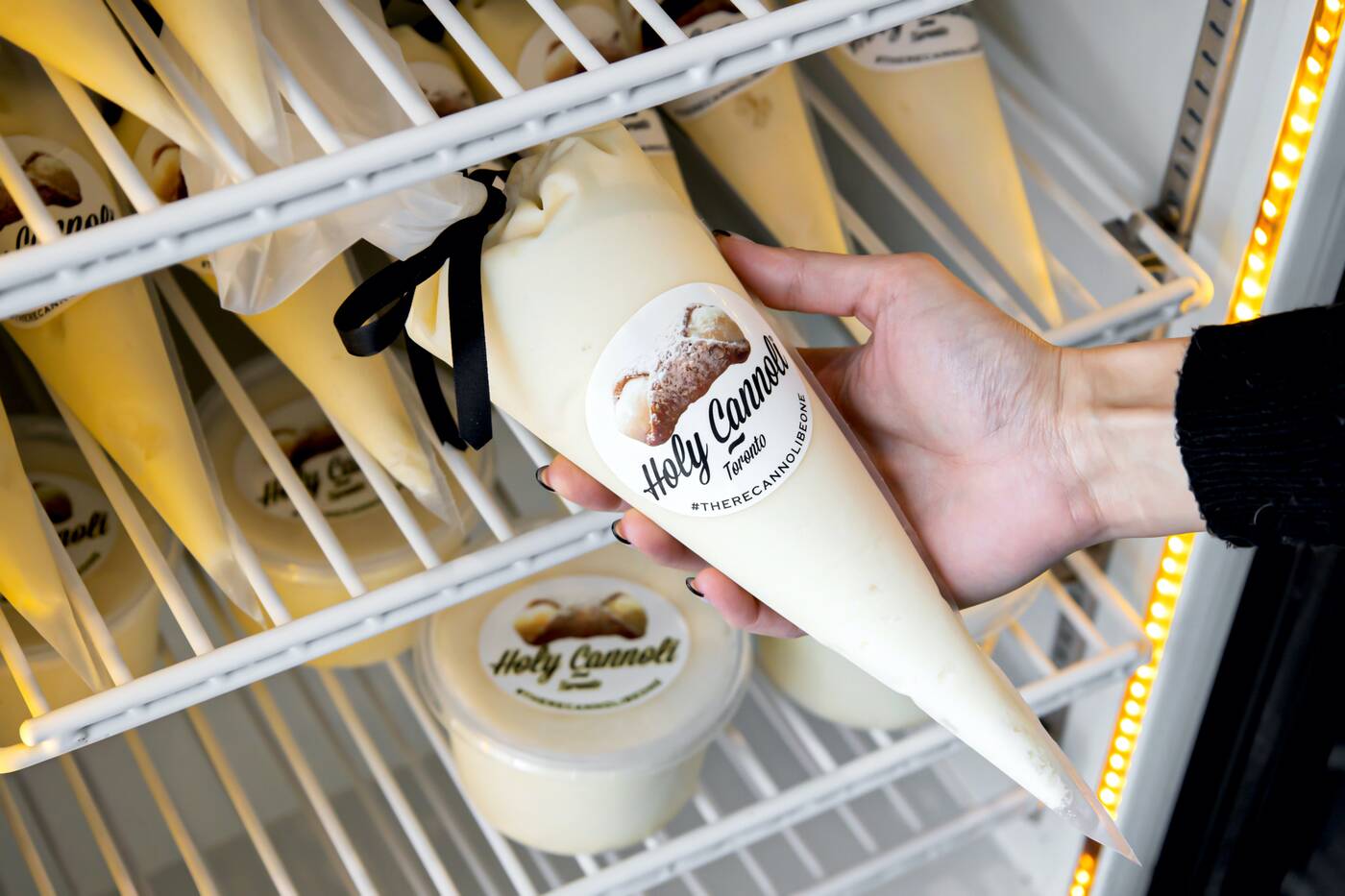 They also have kits where you can fill your own cannoli (small with 12 mini shells: $22, large with 6 large shells: $32), as well as a chip and dip platter ($30) with your choice of filling for dipping and broken shells on the side. 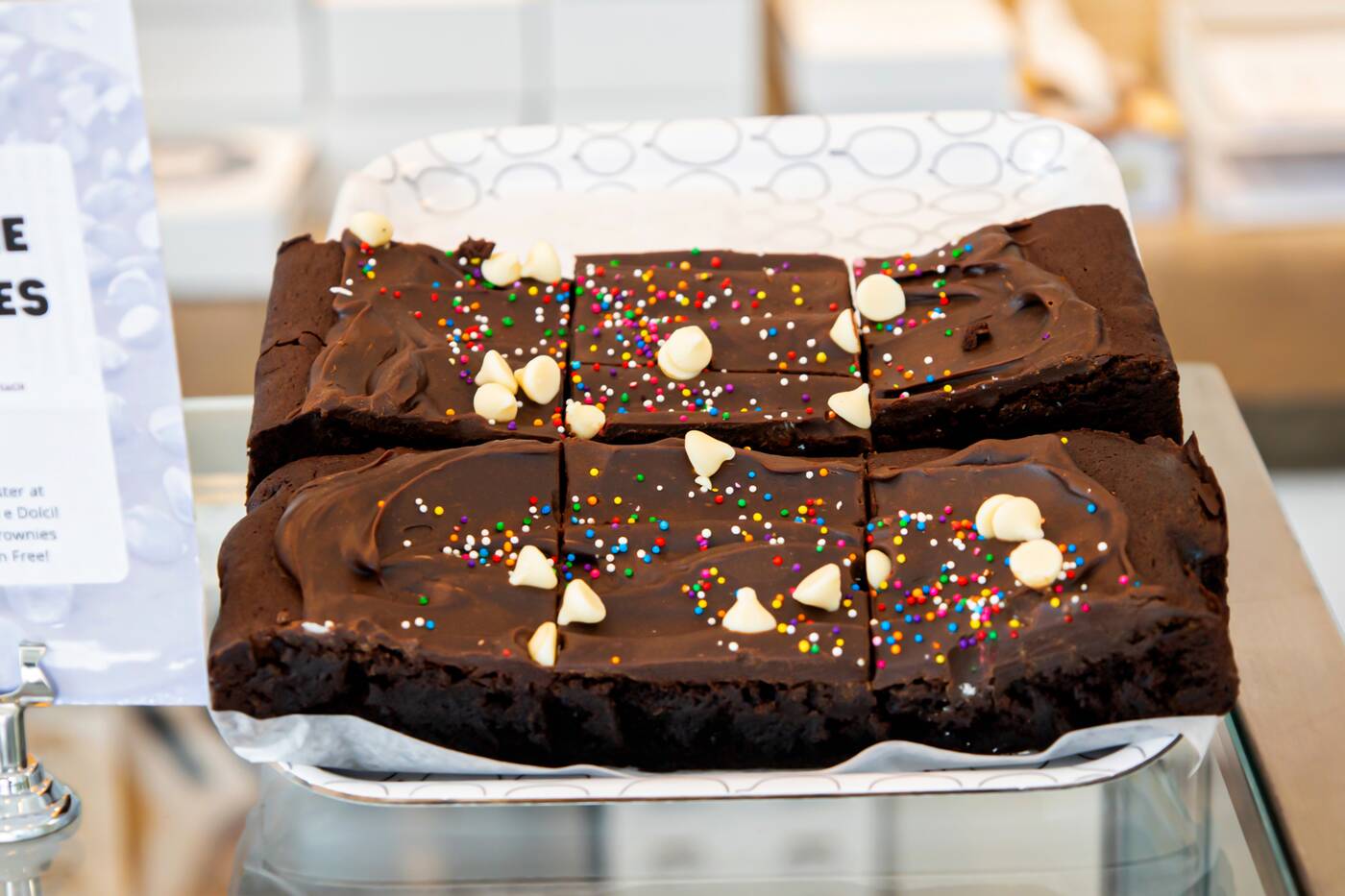 Besides cannoli, chocolate fudge brownies with ganache ($4.50 each or two for $8) are another sweet, gluten-free treat made by Chiara's sister, who owns a pizzeria and bakery over in Port Credit. 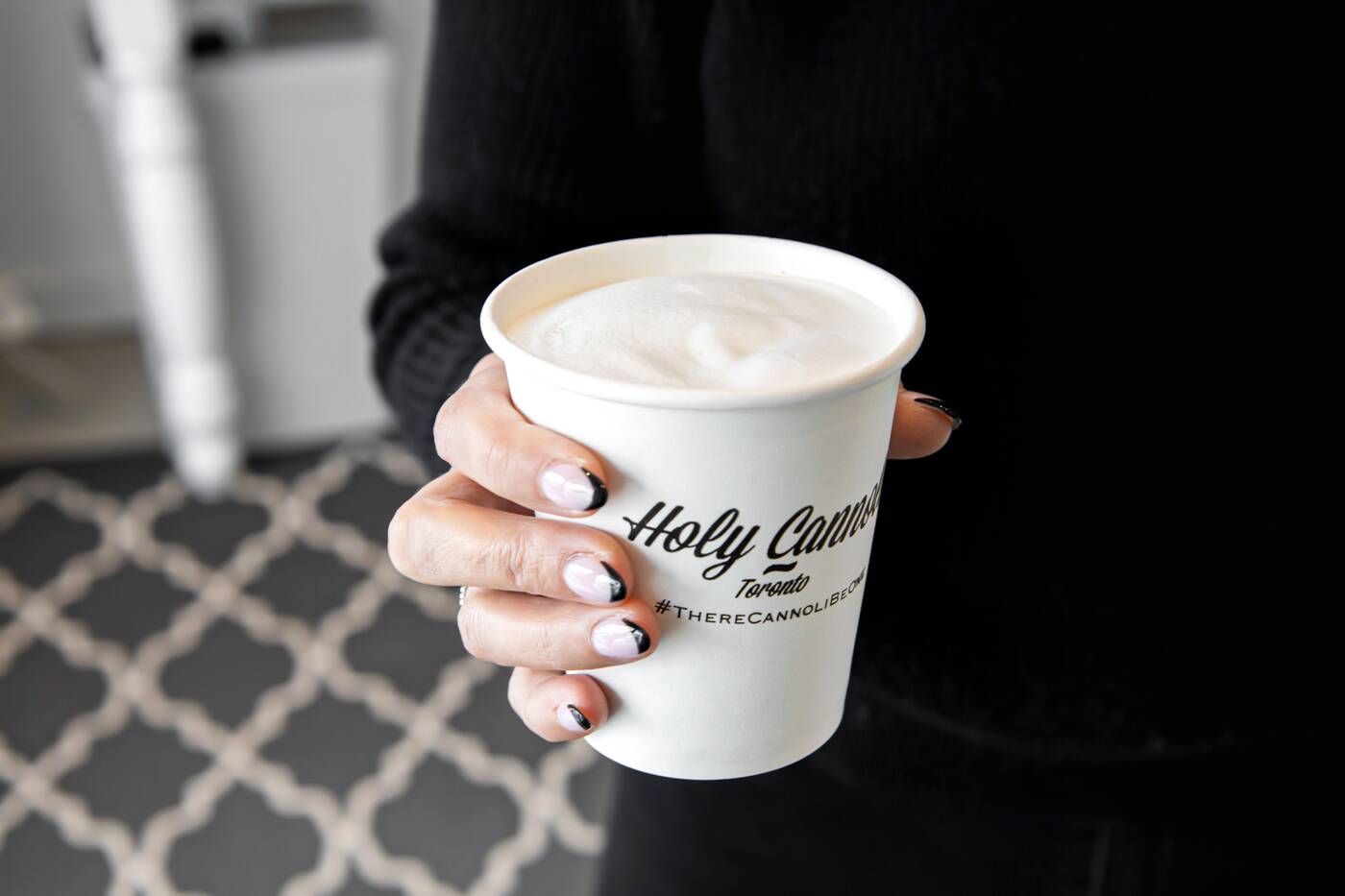 Espresso, cappuccino, coffee and hot cocoa (perfected over the last few years while taking part in the Aurora Winter Festival) can be added to any order. 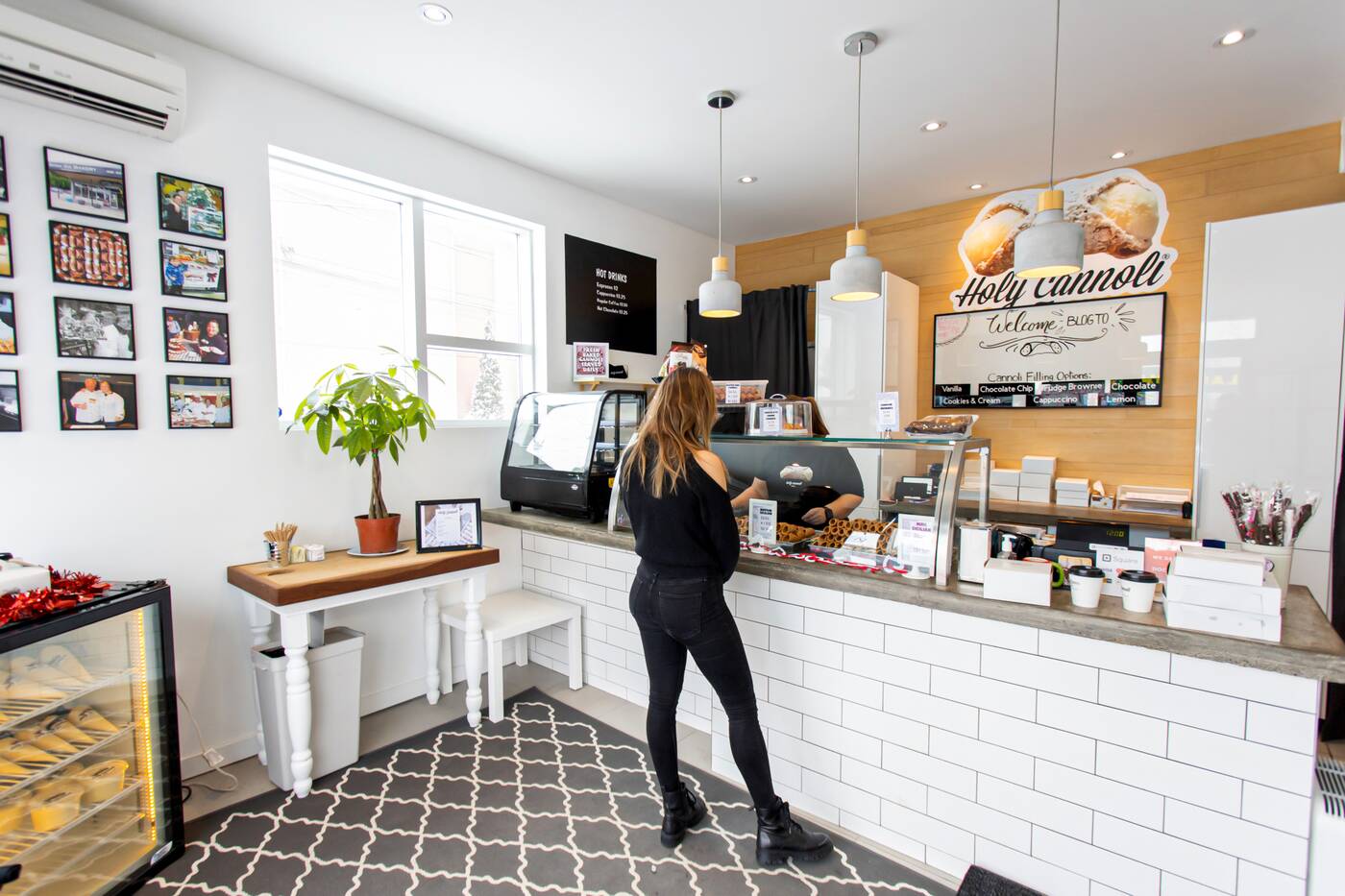 Inside the shop, family photos take up a full wall – one is of Chiara's father at 18 in his early days of baking, another shows both her parents opening a bottle of champagne on the first day at the old family bakery.

Chiara carries on the memory of her late father and his bakery that survived 25 years, winning the community over one cannolo at a time. 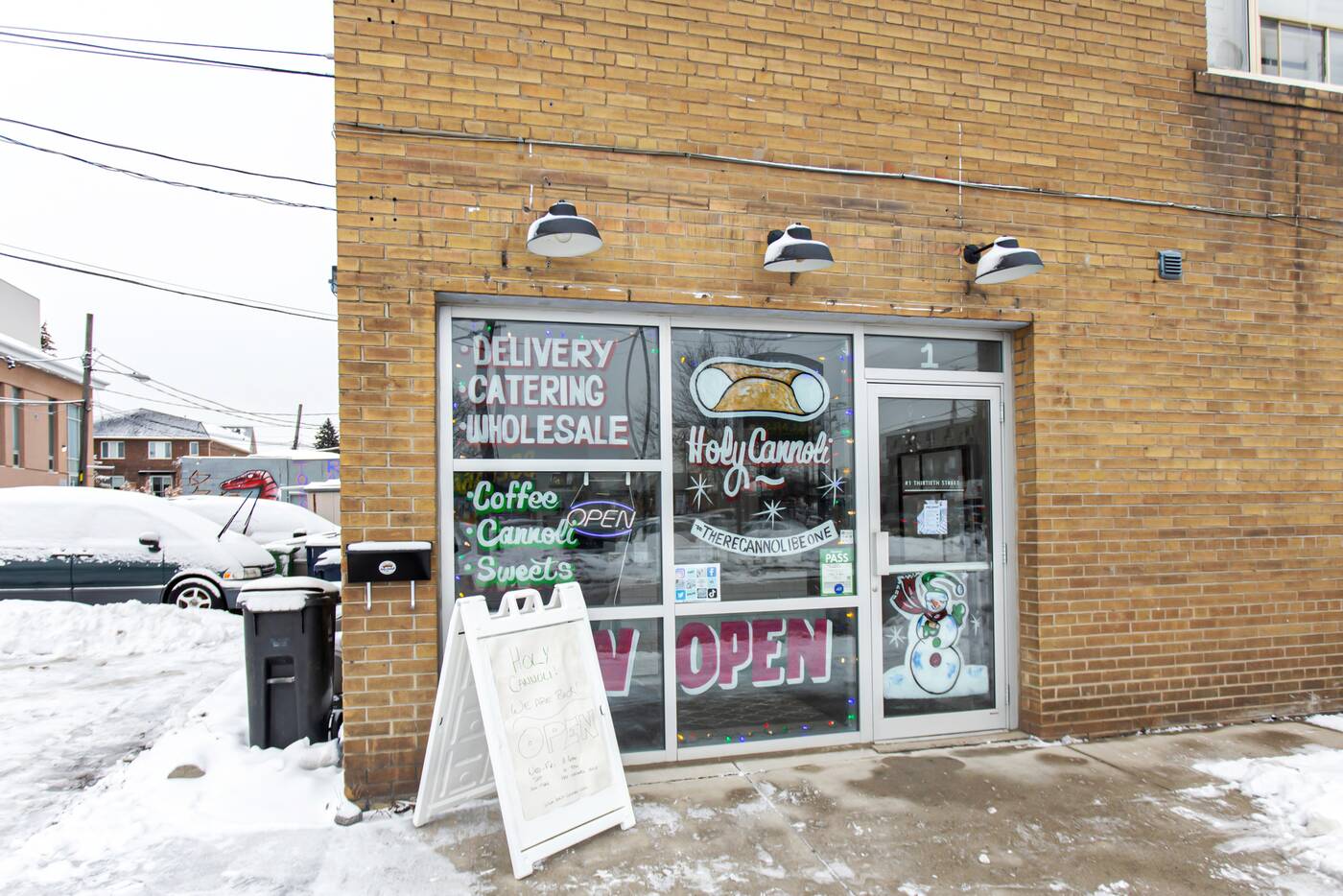