Bonne Journee is a classic French bake shop in more than just name (though interestingly, its chef is not from France, but more about that later). Brimming with fresh baguettes, plenty of pain au chocolat, and a window full of buns and loaves, chef and owner Hitchem Charfi introduces me to most items with their proper French titles, though his insistence on French nomenclature is not to make a point. "Sorry," he says. "I don't know some of the names in English." 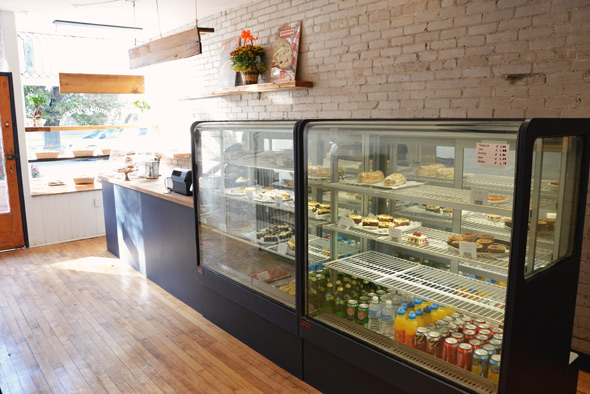 Bonne Journee just opened on Queen East right where Leslieville becomes Toronto's Beaches . A natural choice for Hitchem, who lives in the area, but the idea to open a bakery itself strayed from his initial career plans after studying business at York University. "I was working at a company after I finished school," he says. "But that sort of thing just wasn't for me." 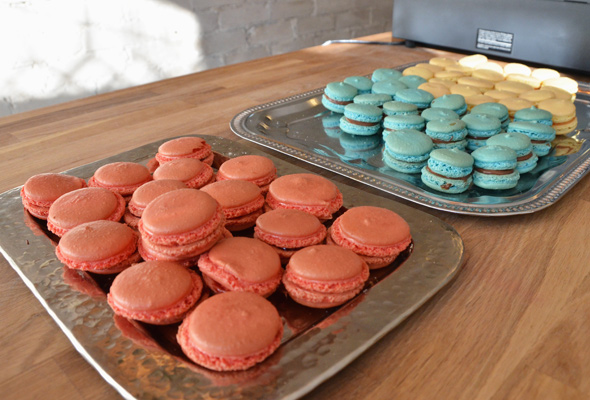 Hitchem tells me he actually came to Toronto from Tunisia, North Africa (I was expecting Paris or something, but that'll teach me to assume), to learn English (he is a francophone by tongue) and go to school. He has since gotten the English part down (save for a few pastry names), but he soon discovered that the financial sector was not where he wanted to be career-wise. 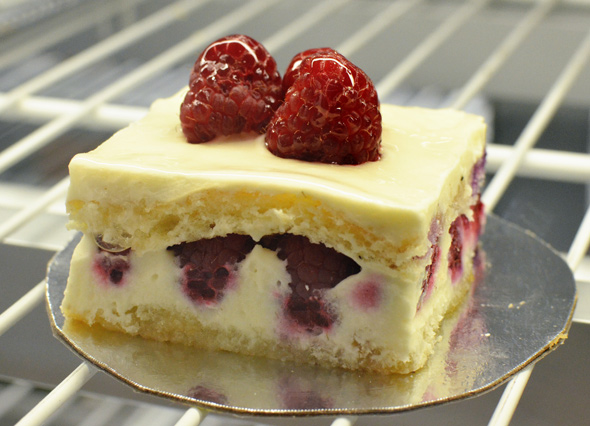 So Hitchem decided to head out to France where his relatives operated a successful bakery in order to learn the tricks of the trade. He returned to Toronto a few months later, committed to open a bakery of his own. About six months later, with the help of his girlfriend and the mentorship of a couple of bakers from France, Bonne Journee opened its doors. The shop is modest with the odd rustic wooden touch here and there, and an intimate kitchen stationed in the back, but the focus, undoubtedly, is on the baked goods. 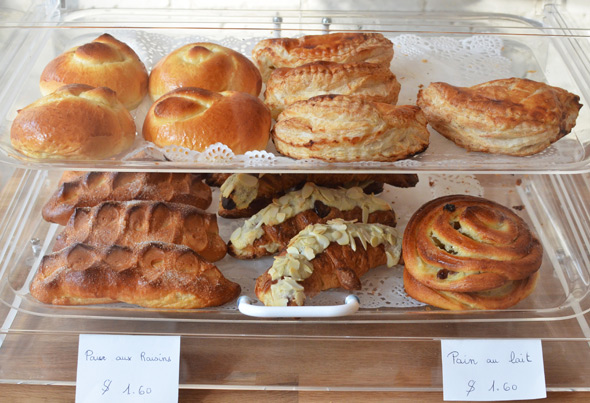 "We're more about breads and baked goods than pastry," Hitchem says, showing off his spread. Bonne Journee's window boasts an assortment of baguettes ($2.50) olive loaves, multigrain buns and more, with classic croissants on its counter accompanied by pain au chocolat ($1.60). 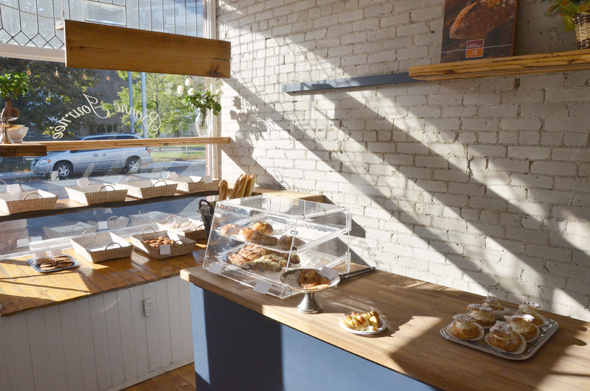 And for a little more sweetness, there are macarons ($3.25), eclairs ($3.25), and chou à la crème ($3.25) behind glass. Hitchem says that despite his country of origin, his baking all reflects the learning he did in France. 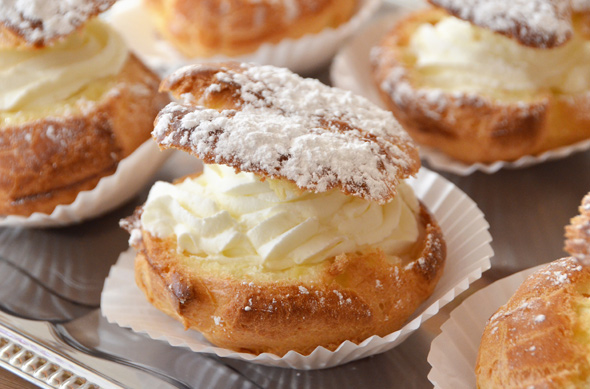 Since Bonne Journee considers pain au chocolat among its specialties, I opt to try one out and am not disappointed. It's a little denser than I expected with not too much flake, though the freshness and butteriness of the pasty is just right, and the rich chocolate in the centre is simply divine. 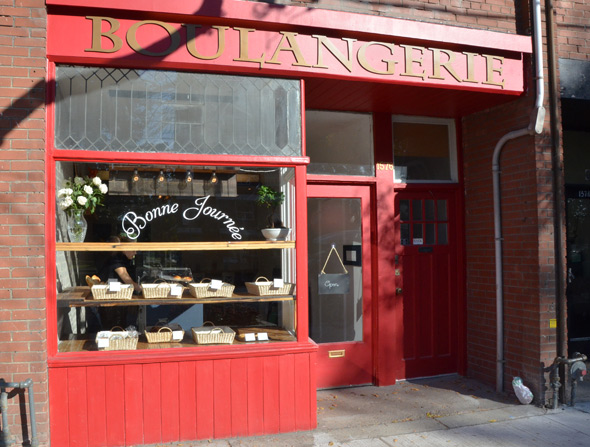 Bonne Journee plans to integrate a roster of fresh sandwiches (made with its bread, naturally) to its daily spread, and will also be expanding more into the realm of quiche. For now, the shop is open daily from 9 a.m. to 7 p.m.