Baked on Lauder is mom's kitchen meets 1950's soda shop. A vision of bubblegum pink, pretty black crown molding, and lots of ribbons and tiers, Baked on Lauder looks as sweet as its pastries on display. Owners Lilly and Tony Mancuso (brother and sister), and Mark Gibson wanted to create a space for neighbours to kick back, relax, and enjoy some homestyle treats.

"Just like mom would make," Mark tells me. "No additives, preservatives, and everything baked from scratch." 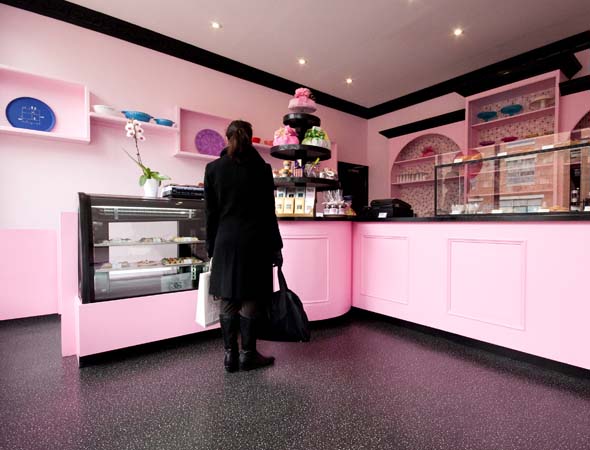 The recipes are Lilly's, borrowed from her mother and grandmother, tracing back to Sicily. Although Baked on Lauder has just been open for a couple of weeks, customer favourites have already emerged. 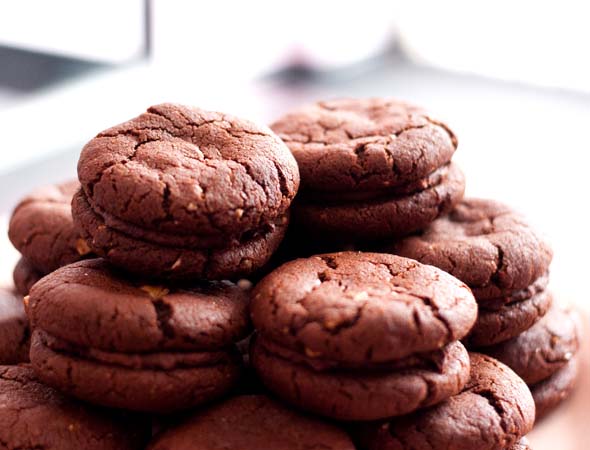 "The sandwich cookies," Tony says. "I guess they're called ' whoopie cookies ' at other places. People just love them." Baked on Lauder's big sandwich cookie ($2.95) is made with chocolate cookies and vanilla icing. It also offers mini-sandwich cookies ($1.50) in varieties including maple pecan and peanut butter chocolate chip.

"We're all about the baked goods here," Tony says, adding that they're not so much about the coffee. "We offer the basic Americano ($2.00), espresso ($1.75), but they're to compliment the pastries." 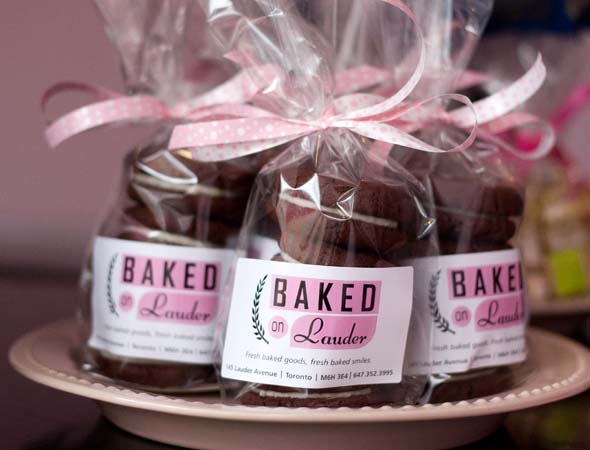 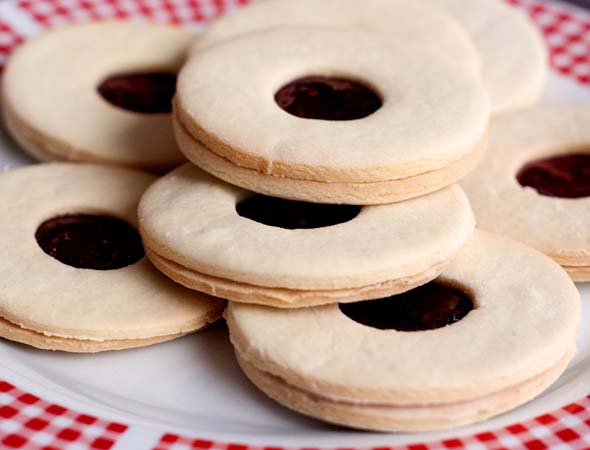 On Mark's suggestion, I opt for the Nutella pie, which was exactly what it sounds like: warm, creamy Nutella inside a flaky pie crust. Sinfully delicious, though I struggled to finish the whole thing. When you do order something to go, Baked on Lauder takes the extra effort to box the pastries and tie it with a pink ribbon.

"We went a little nuts with it," Mark says, gleefully showing me his cabinet filled with all sorts of ribbons. "Look at this one," he says, removing a spool from the pack. "I can't wait until Christmas." 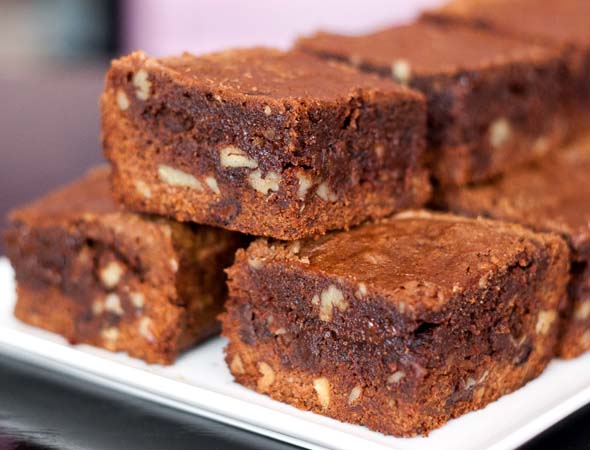 Right now, Baked on Lauder, which is off of St. Clair between Oakwood and Dufferin, is open Wednesday to Sunday, 9a.m. to 6 p.m. on weekends and 10 a.m. to 7 p.m. on weekends. "We'll probably add in Monday or Tuesday sometime soon," Mark says. "People keep asking for it."

No one seems to be asking for WiFi, though, which is just as well for the Baked team. "We want this to be a social place. This way, people end up talking to each other."

And all they seem to be saying, at least while I'm there, is how much they want that Nutella pie. 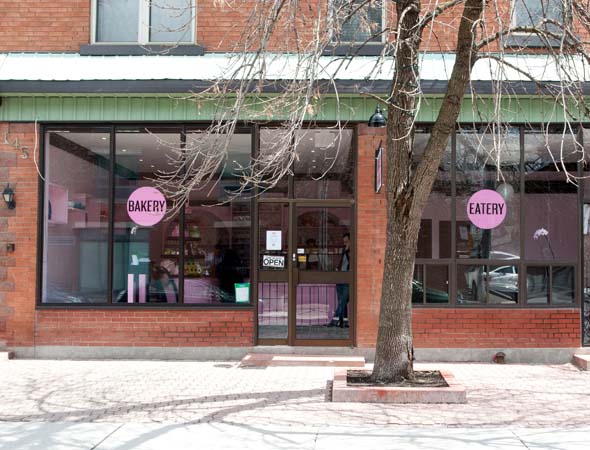