A giant etching from internationally known street artist, Vhils, puts a spotlight on a forgotten part of Toronto's history.

The mural, called Scratching the Surface, is etched on the side of 1628 Dundas St. W. and comes from Portuguese artist Vhils (AKA Alexandre Farto).

Vhils, whose work is found around the world, is known for his bas-relief carving technique — carving, cutting, drilling and at times blasting with explosives  in a "creative destruction process."

For Vhils' first Toronto piece, the mural honours the Portuguese women Cleaners' Action, an advocacy group founded in 1975 to support Portuguese cleaners. The cleaners organized to fight low wages after the Ontario government at its Queen's Park building-complex undermined an organizing drive.

"Part of my ​ongoing Scratching the Surface project, this new mural celebrates and honours the Portuguese immigrant women who toiled as janitorial workers in the high-rise office towers in downtown Toronto in the 1970s," Vhils says.

"Portuguese 'cleaning ladies' have been a constant presence in the lives of countless Portuguese-Canadians as mothers, wives, breadwinners, community members, and activists, and are an example of strength, resilience, perseverance and courage for us all." 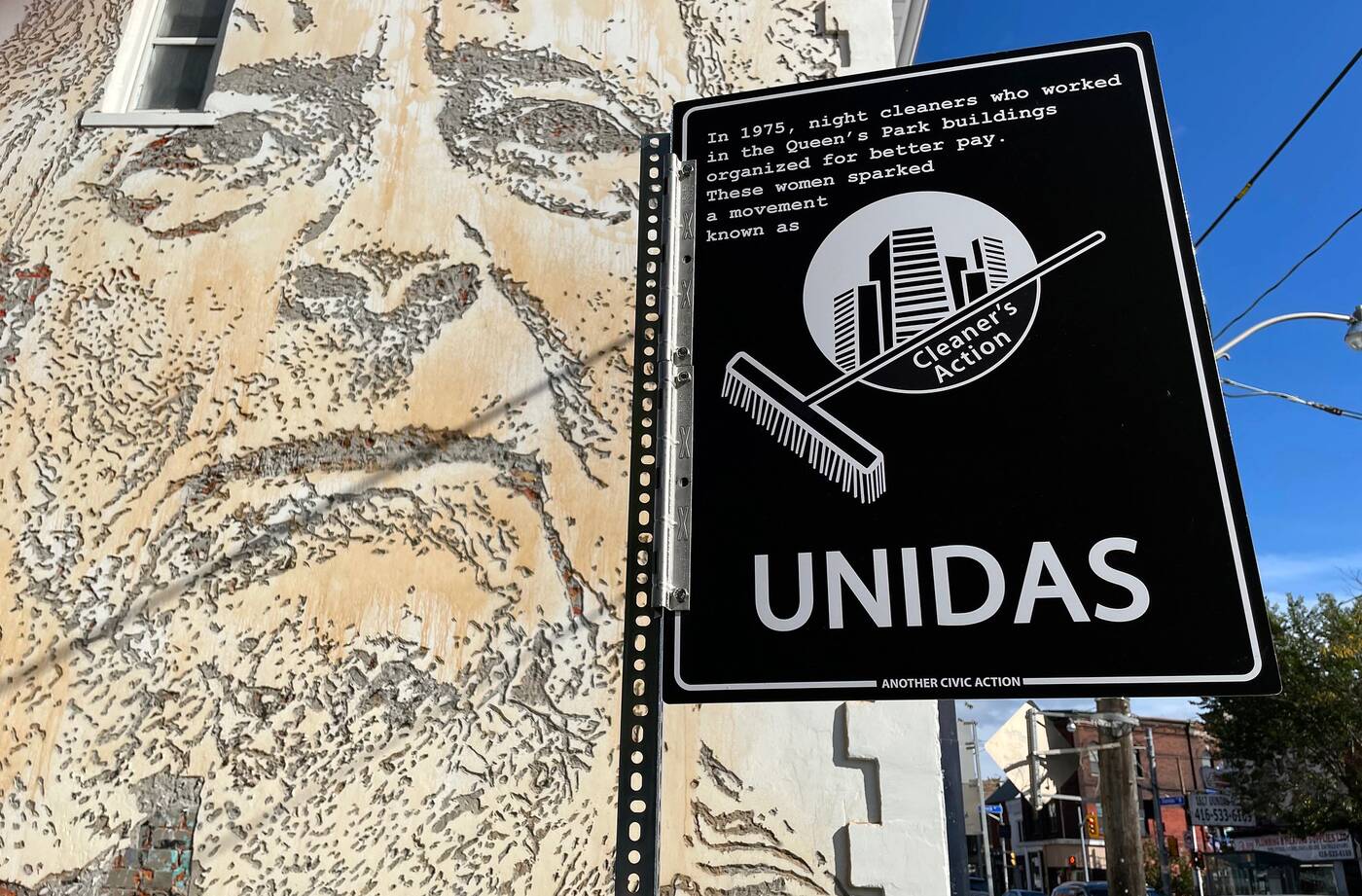 The Scratching the Surface mural celebrates the efforts of cleaner's who fought for better pay.

The women paved the way for future labour movements and equity.

"These largely Portuguese women are an inspiration, taking courageous action to stand up against anti-immigrant prejudices and fight for better working conditions in their place of employment - the downtown office towers & Ontario legislature," said Deputy Mayor Ana Bailão in a Tweet.

It was an honour to speak and play a role in the unveiling of the “Scratching the Surface” mural by the internationally recognized artist Vhils this evening. This mural honours an often-forgotten part of Toronto’s labour movement - the Cleaner’s Action movement. 1/3 pic.twitter.com/aqktdgdOK0

The Scratching the Surface mural was unveiled last month and was supported by the Little Portugal BIA, the Labour Council, LiUNA Local 183, who did the plastering, IUPAT DC 46 and the Portuguese Government, said Bailão.