Fans of public art and 90s throwbacks like Chia Heads and Blue Man Group all have something new to enjoy on Toronto's waterfront this week.

A new temporary art installation has appeared at Aitken Place Park in the East Bayfront neighbourhood, a 2019-opened public space along the harbour's edge.

Known as Olamina, the six-foot-tall sculpture takes the form of a blue head with a yellow crown adorned in boxwood hedges, its imagery and symbolism referencing African and Afro-Caribbean culture.

Olamina is a larger than life public art sculpture currently living at Aitken Place Park by the Toronto waterfront. This installation is part of the @BsamCanada Earthseeds: Space of the Living Waterfront Artist Residency supported by @WaterfrontTO and @waterfrontbia! pic.twitter.com/TzHgqNyQtm

A quote from Butler's Parable of the Talents is prominently displayed at the foot of the piece, reading "Consider — we are born not with purpose, but with potential."

"I think the way in which the pandemic made us all slow down really created an opportunity to re-evaluate what our purpose is, especially as we emerge into a world that looks quite different than the one we knew two years ago," explains BSAM Canada Co-lead, Nico Taylor.

Olamina was created by the Black Speculative Arts Movement (BSAM) Canada, the organization having been awarded the inaugural Waterfront Artists in Residence last September. 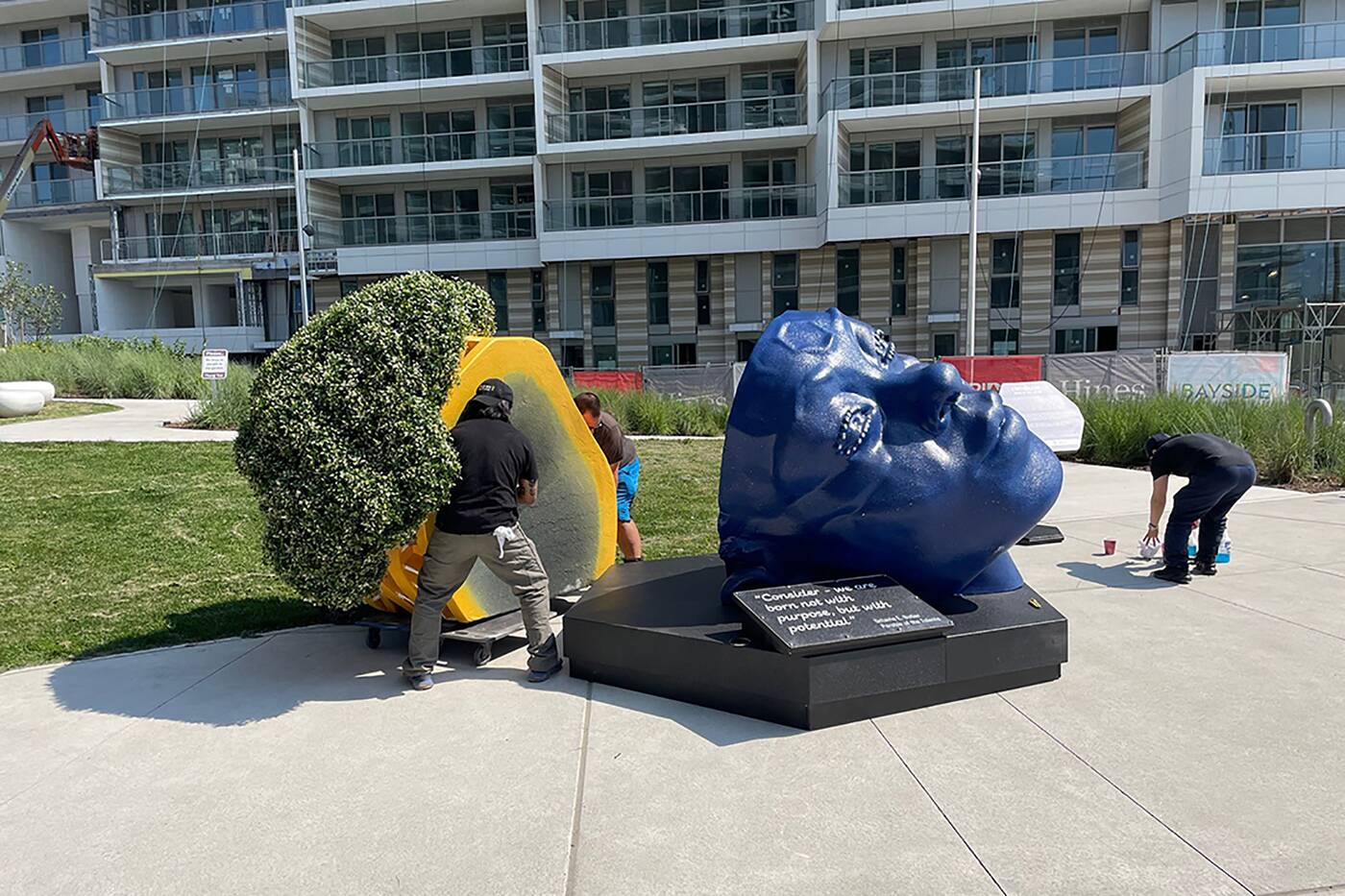 Olamina during its final assembly process in Aitken Place Park.

"BSAM Canada has created some exceptional work and this latest partnership with the City and Waterfront Toronto is one we are very proud of," stated Tim Kocur, Executive Director of the Waterfront BIA, back in September.

The installation is part of BSAM’s broader public art project known as Earthseeds: Space of the Living, supported by a partnership between Waterfront Toronto and the Waterfront BIA.

The piece was designed and planned for a full ten months before its four-week fabrication process. A video from Waterfront Toronto shows the art in mid-production, its foam base carved and coated before its distinctive epoxy paint was applied.

Olamina will be on display until late October.