Iconic Canadian author Margaret Atwood — she who wrote the book that inspired the show that sparked the global phenomenon that is The Handmaid's Tale — has blessed a local toddler with her approval of what might be the cutest costume this year.

Blessed be the fruit of 33-year-old Marissa Kassam, whose young daughter Madeleine is dressing up as a Handmaid for Halloween. 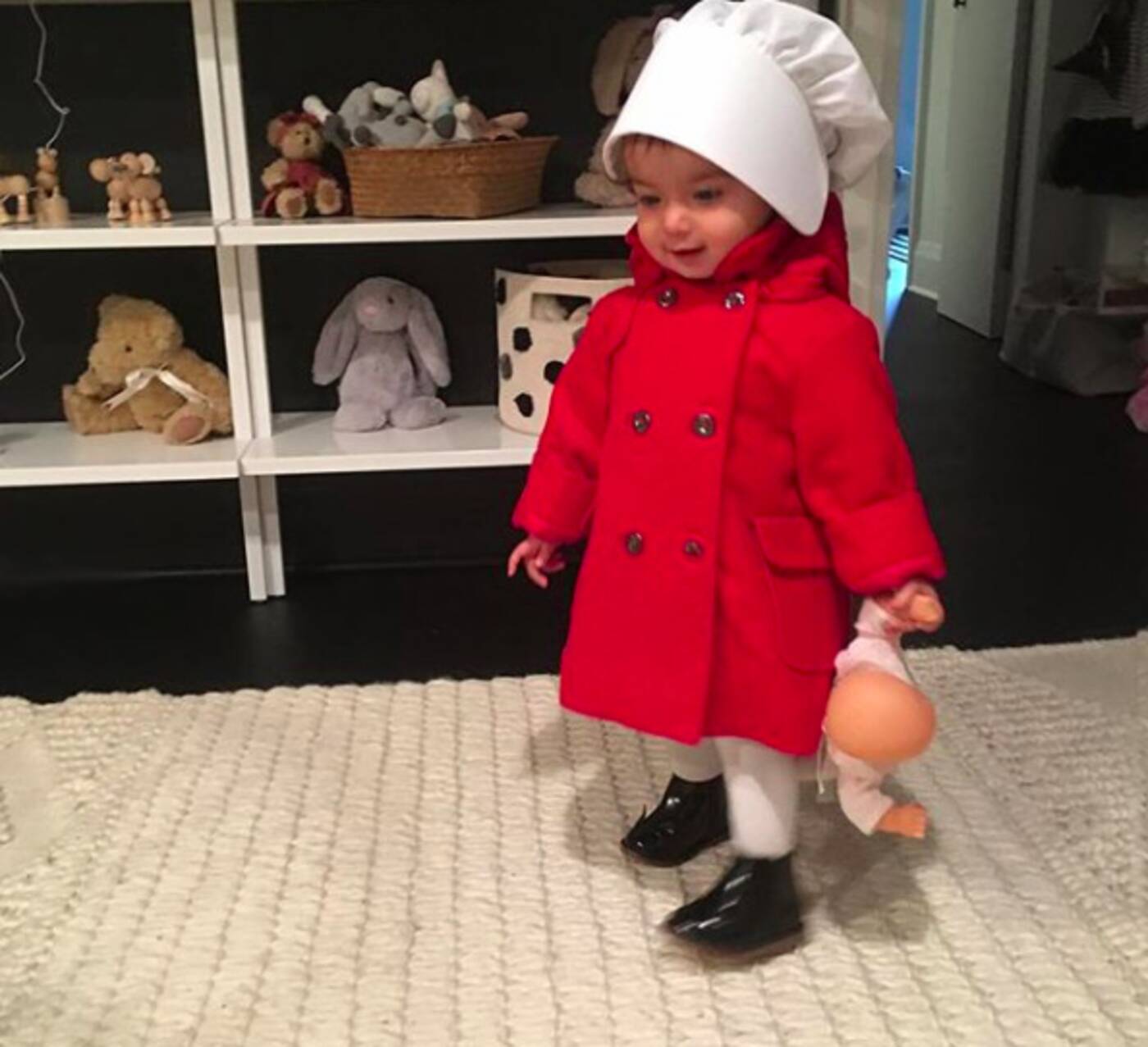 Madeleine Kassam is less than two years old but already boasts more than 600 followers on Instagram. Image via @munching_maddie.

Based in Toronto, just like Atwood, the 18-month-old-toddler can be seen on Instagram in her own, tiny version of the uniform worn by handmaids in the fictional Gilead: A bright-red coat topped with a white bonnet and "wings."

She can also be seen posing next to a smiling Atwood herself while wearing said costume.

Marissa says that the author, who lives in their neighbourhood, was delighted to see young Madeleine at her door.

"She was so nice, so welcoming," said the mom in an interview. "She was excited to see the baby, and was friendly with the baby. She didn't really comment on the costume itself."

I will now respectfully do it for her by saying "Praise be! May the Lord open! We've been sent good weather! That's adorable... but also like, all kinds of messed up when you think about what a handmaid is."