Zines persevere in Toronto as print industry continues to fade

Those who say that print is dead have never been to a zine fair.

This weekend's Zine Dream was a bustling celebration of all things self-published and self-made, from books to comics to pins and patches. And totes — lots of totes. 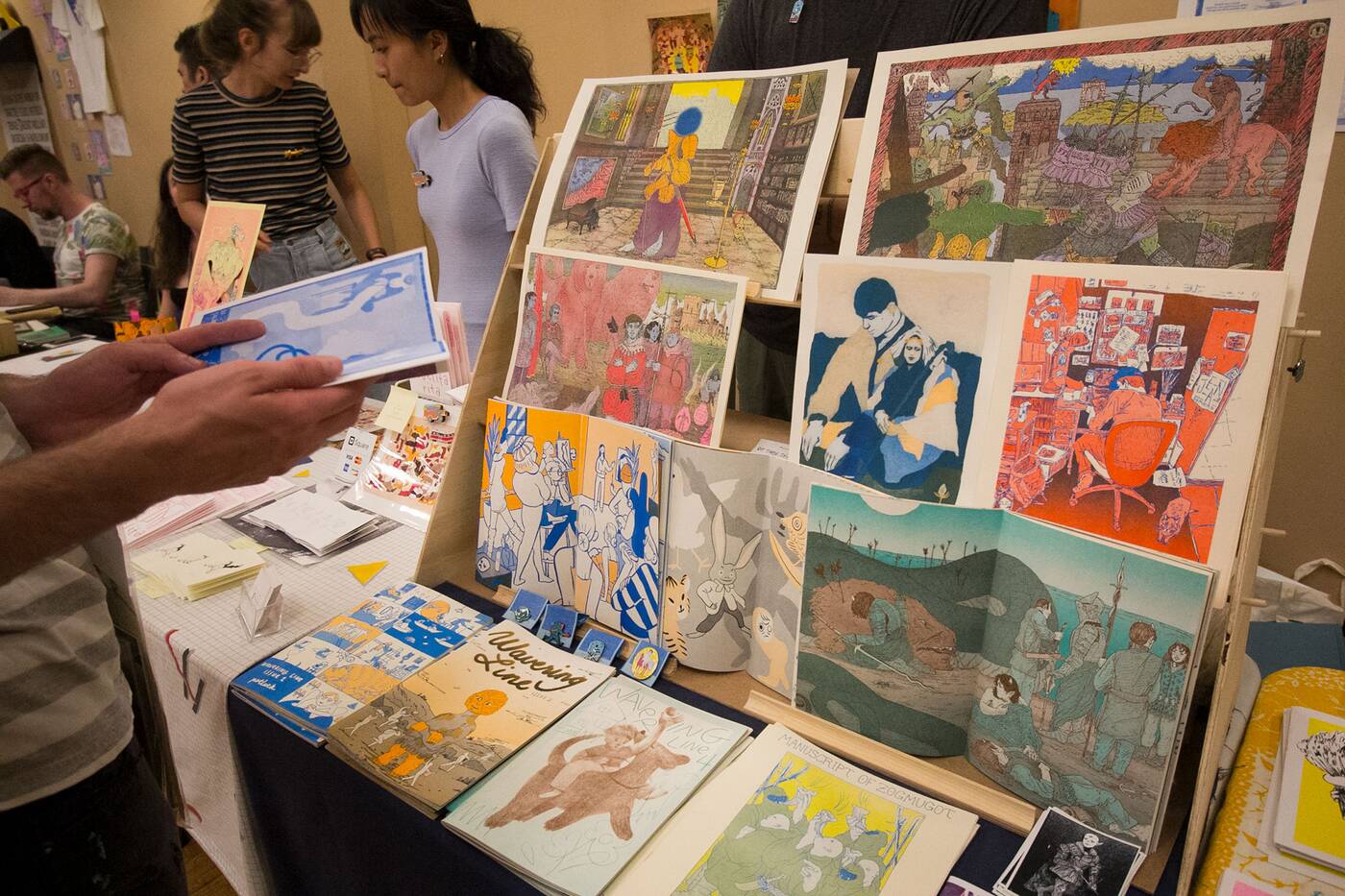 In its eleventh year, the indie exhibition filled out the Polish Combatants' Hall on Sunday with over 90 vendors like printmakers Alice Nauta and Justin LaGuff, along with an assortment of DIY reads and wares. 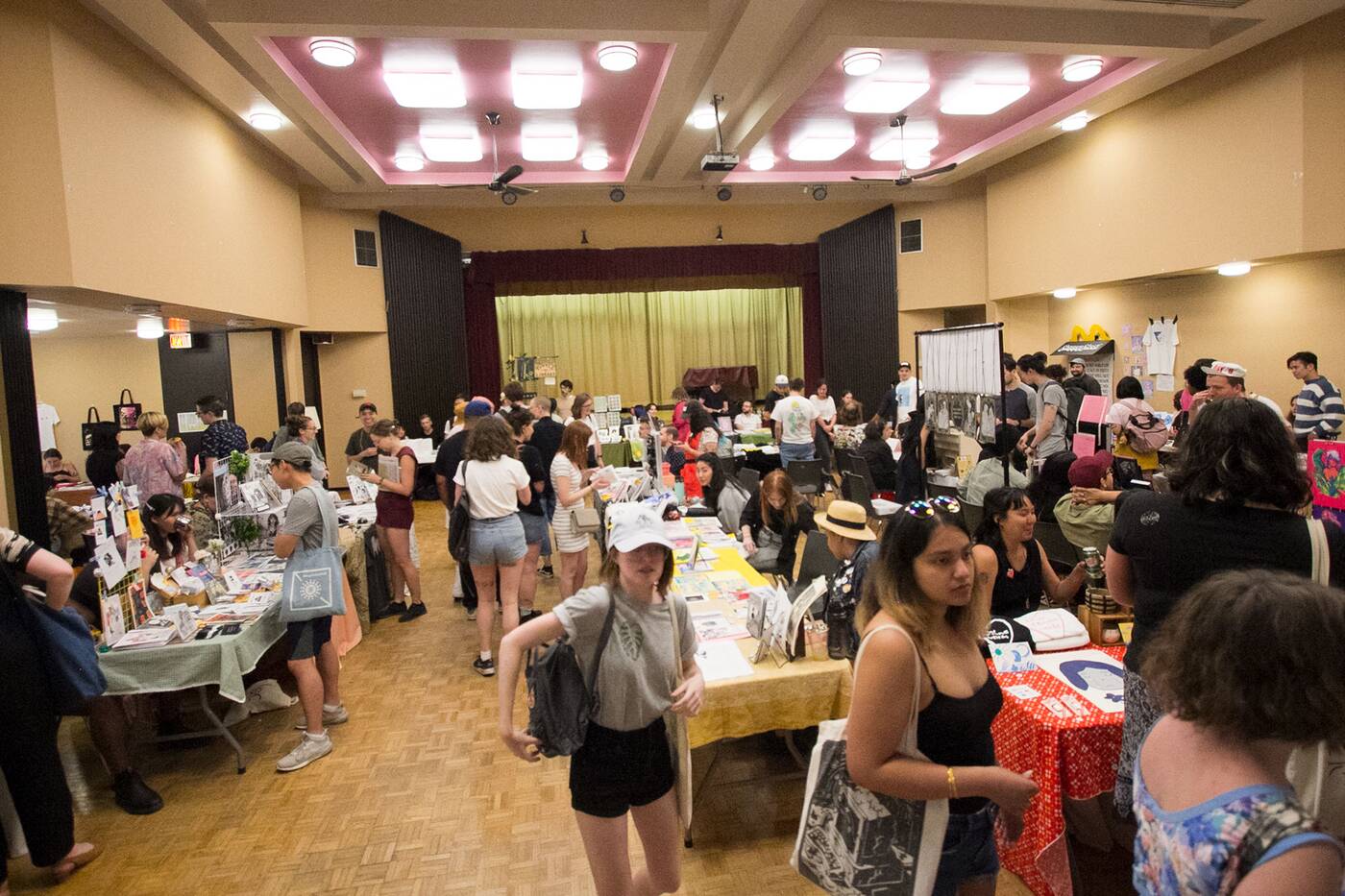 Self-proclaimed Luddites, mainly art students, mostly millennial, wandered through aisles of local and international exhibitors with the kind of enthusiasm that futurists like to omit when arguing that young people prefer LED screens to a good old-fashioned print pub. 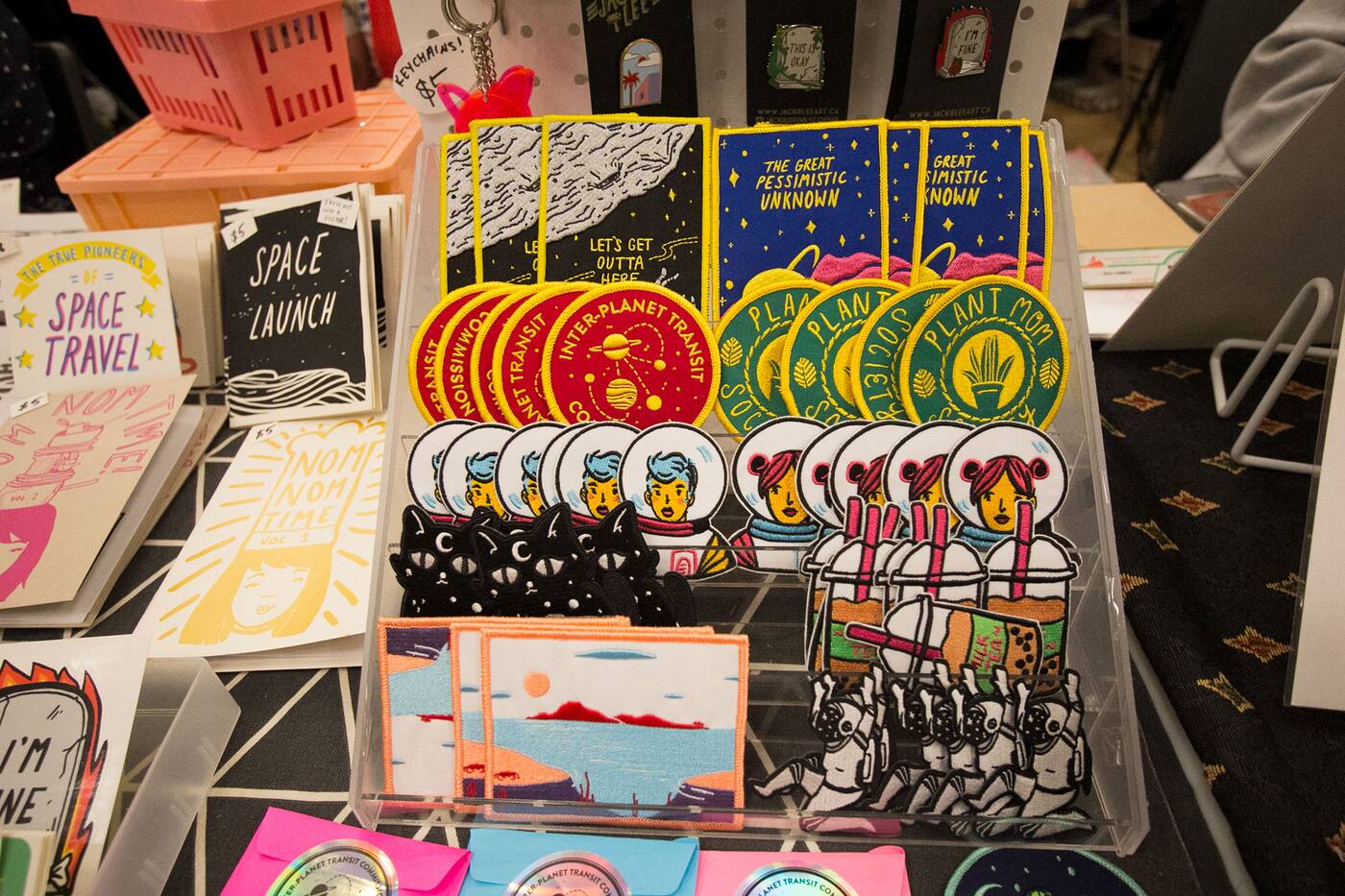 It's true that Canada's print industry may be in its twilight years, but rest assured the gap it leaves behind won't stay empty for long. 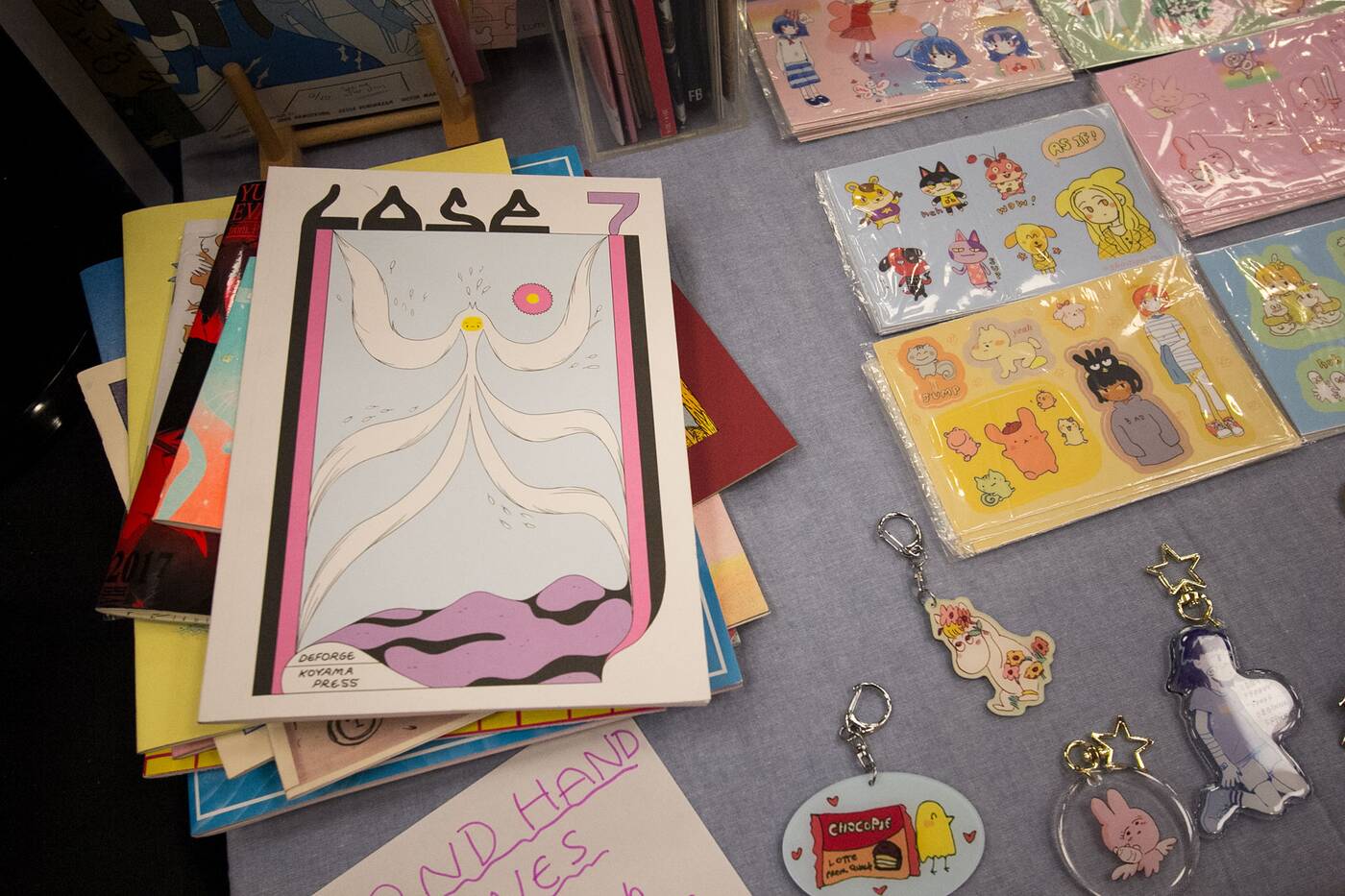 Zines — a general name for self-published works — provide art and literature that, while far less widely spread, cover topics previously considered 'too niche' to be published by big media. 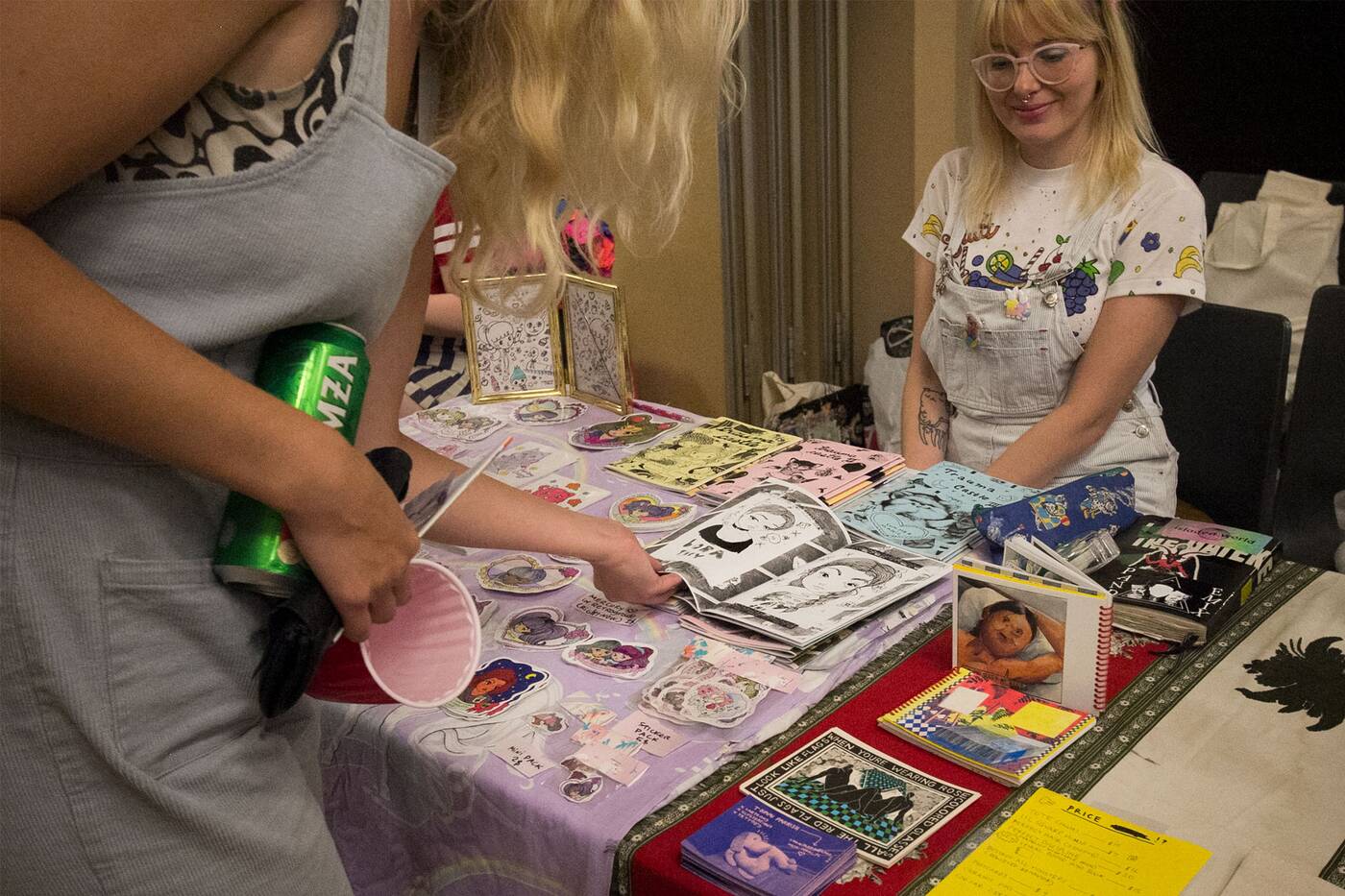 Limited-press runs, financially speaking, are a relatively low-stakes game. But from a 21st century expressionist's point of view, what's more valuable than something you can hold? 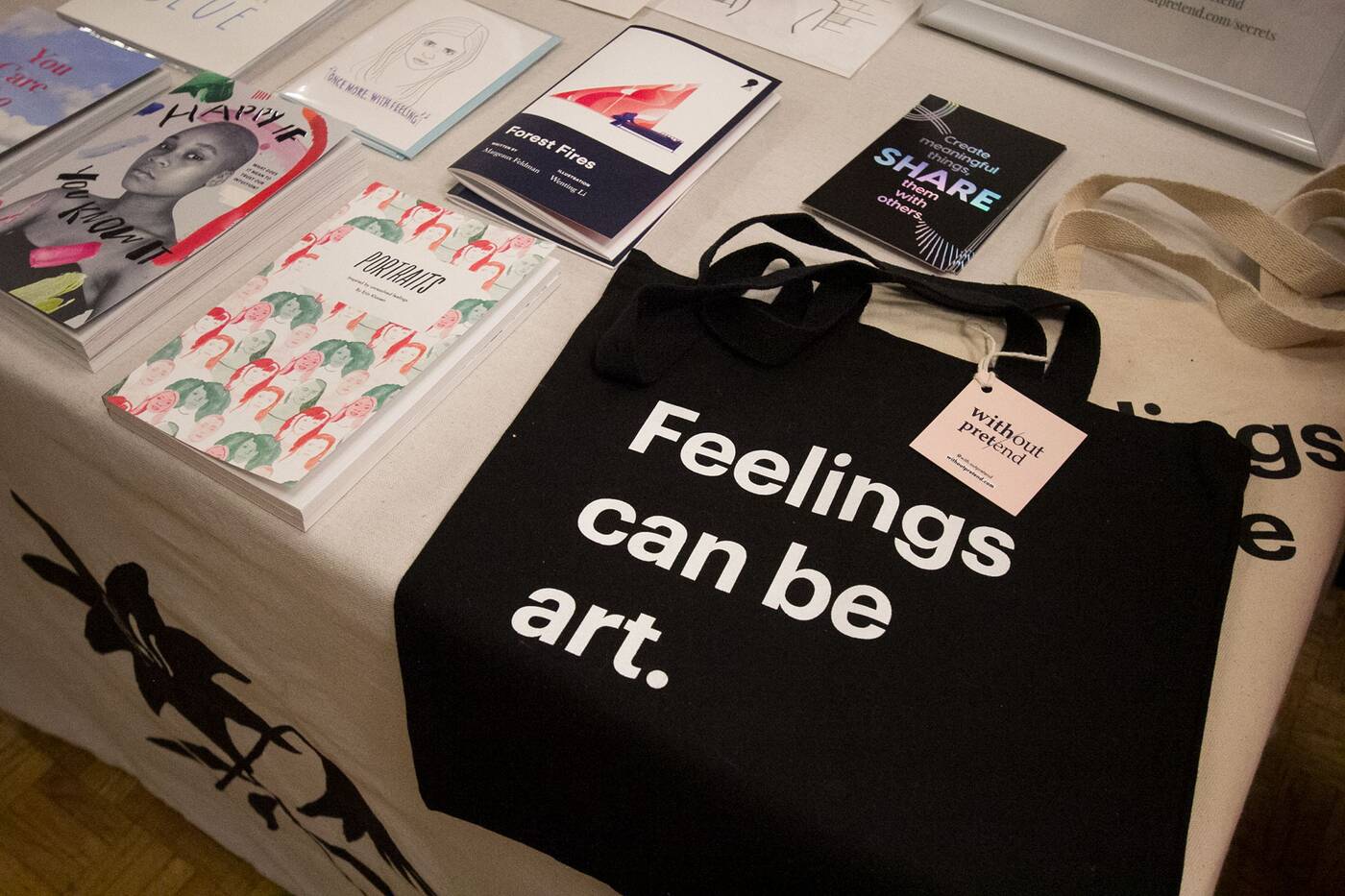 Zines have always been conduit for feelings. Flimsy and finite, there's something extra precious about printing emotions onto page: Toronto-based zine Feels, for examples, uses its print to talk exclusively about — surprise — feelings (Issue 04 was about anger). 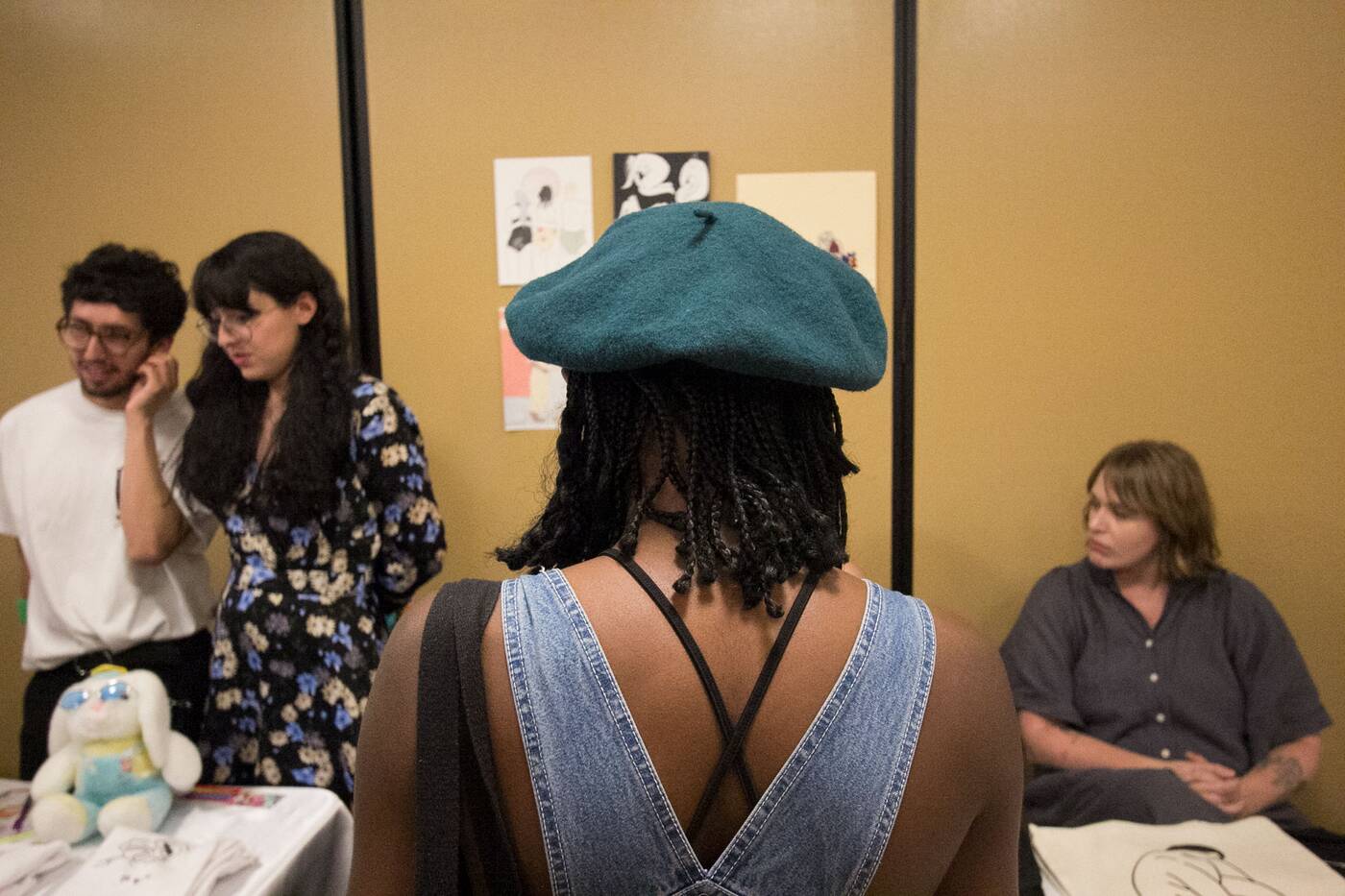 By nature less about profit and more about expression, zines are an especially invaluable vehicle for LGBTQ and POC perspectives, whose narratives rarely surface to mainstream. Take With/out Pretend, which reps works by women who identify as POC, femme, queer, or trans. 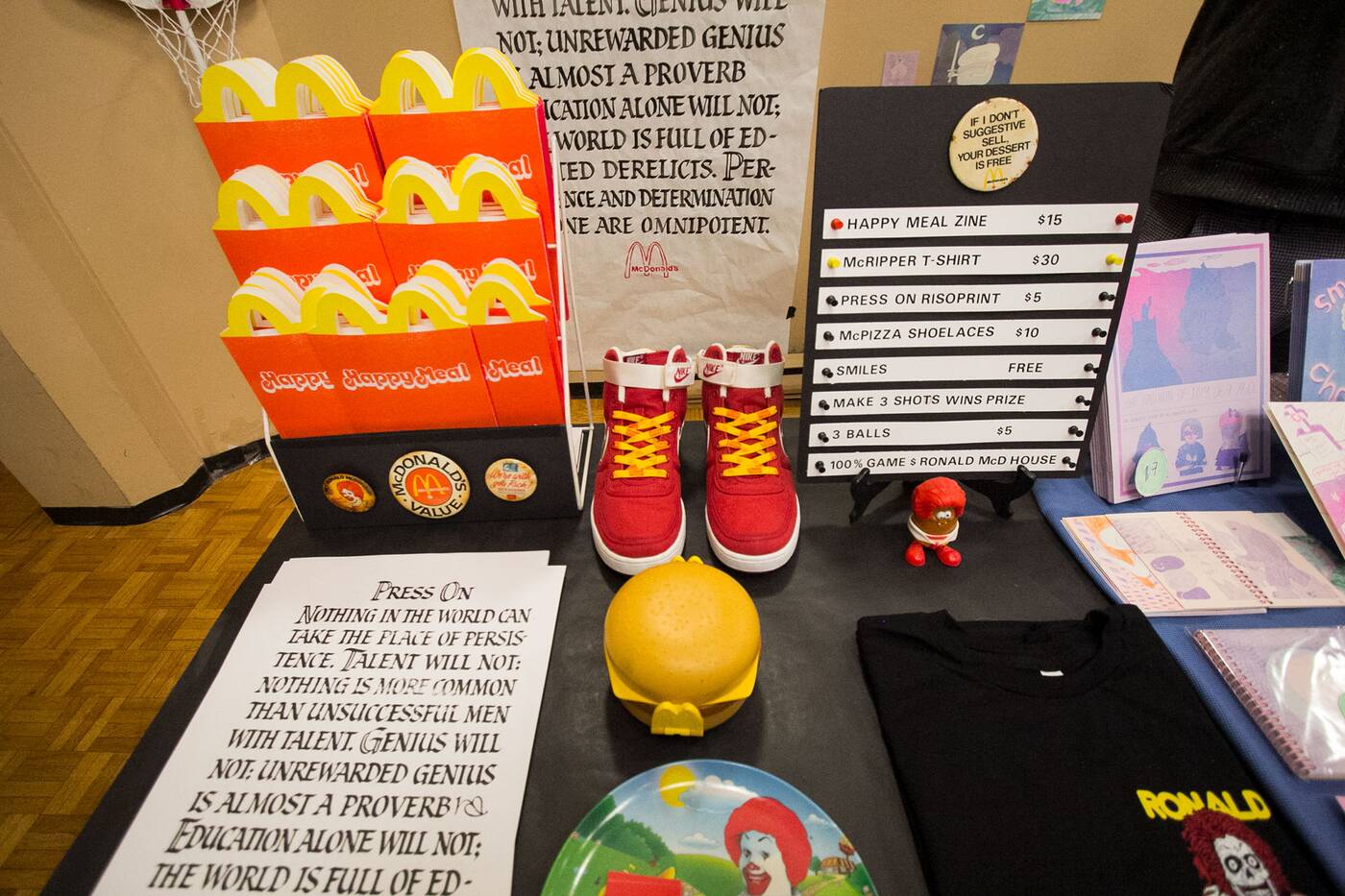 Independent risograph printers like Vide Press and Issue Press have the freedom of disseminating everything from plotless fiction to rambling prose to collages and music flyers — in other words, whatever weird shit they want. 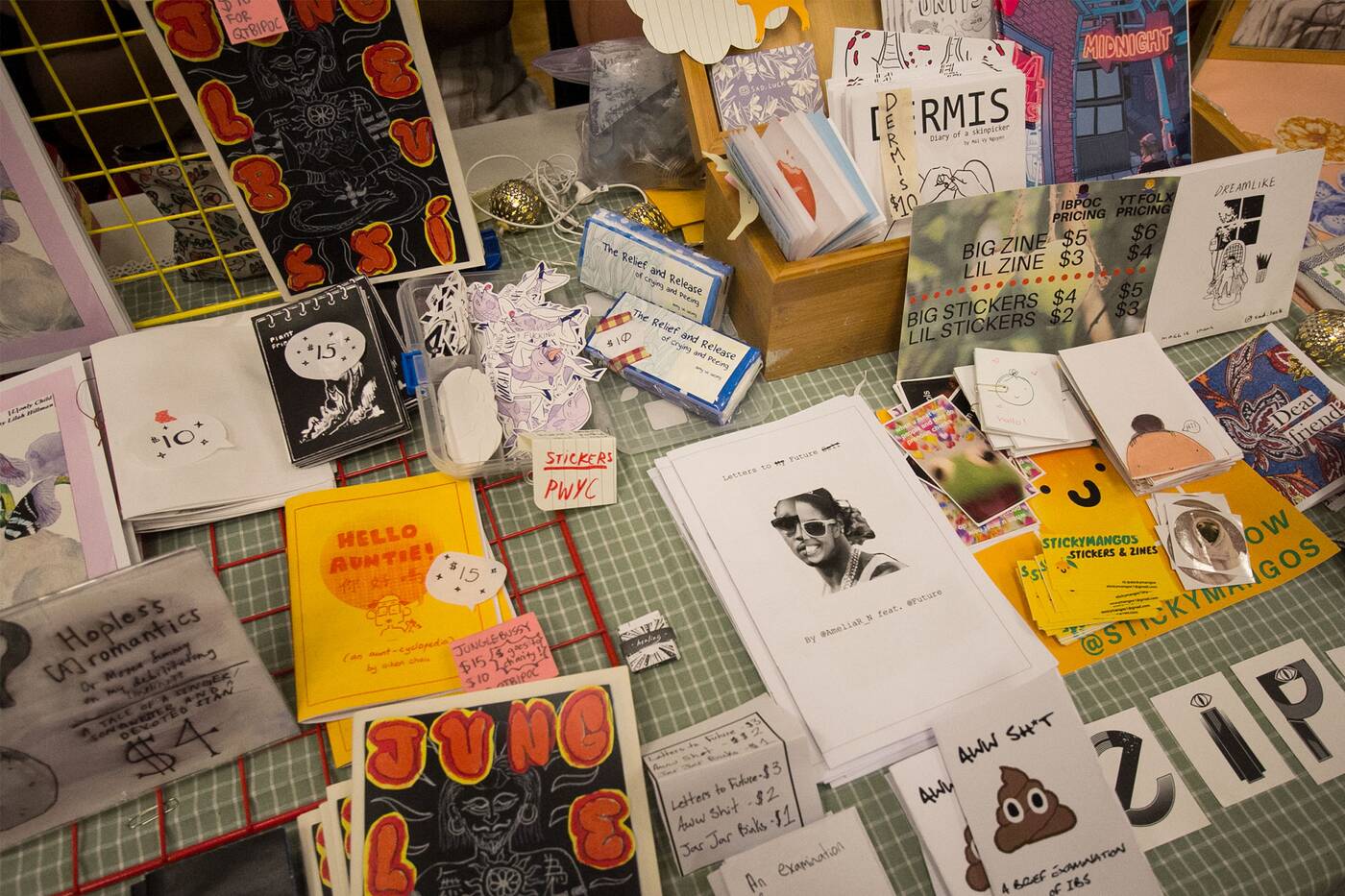 Zines also provide byline opportunities for budding writers and portfolio building for new artists, all without the hierarchy structures of traditional print media getting in the way. 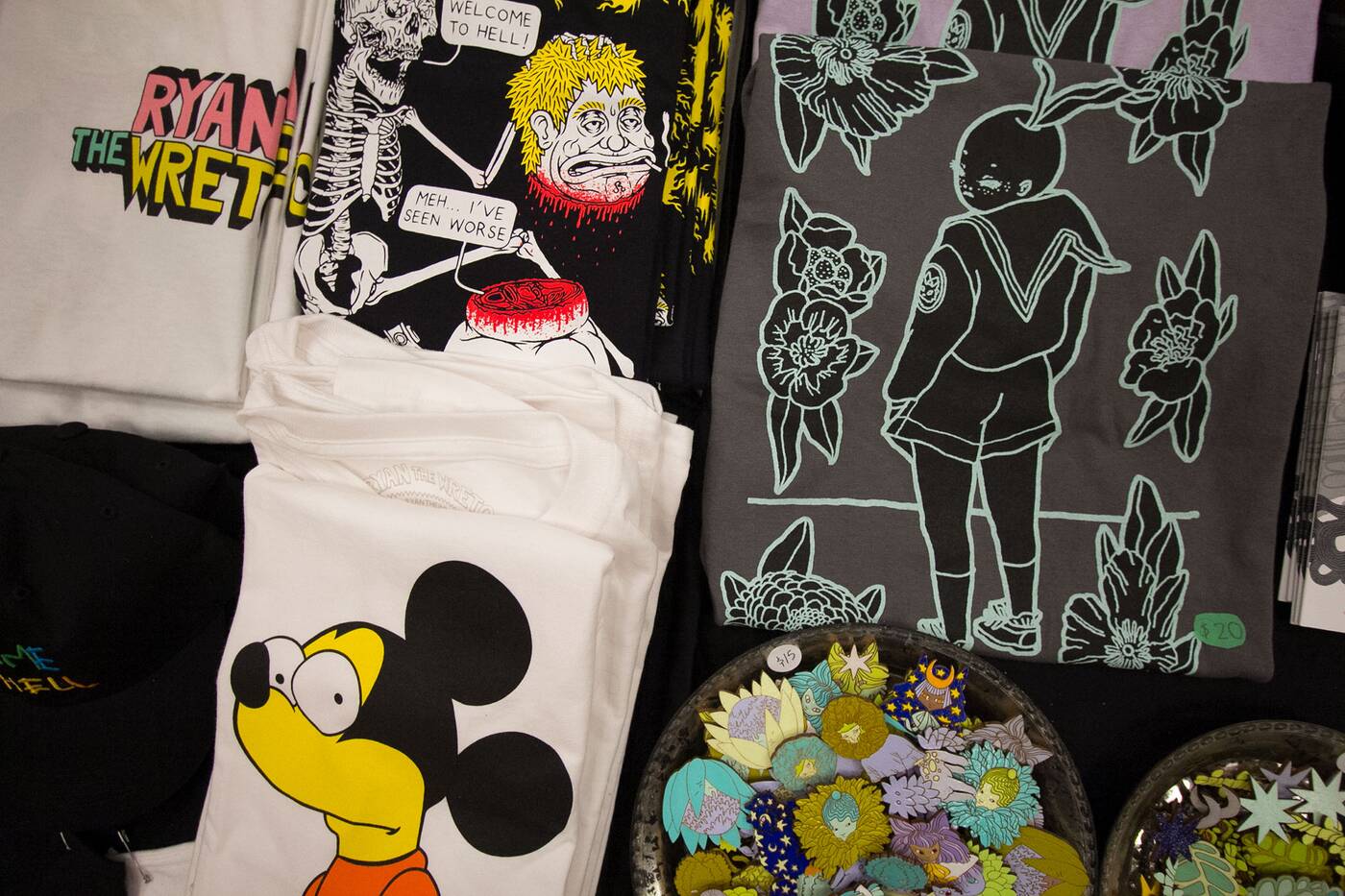 Successful Press, another Toronto-based publisher, specializes in works that "are unproven, unstable, unfinished, or otherwise experimental." In an era where the artist's analysis paralysis stumps us all, a publisher that deals exclusively in weird works is the ultimate cure. 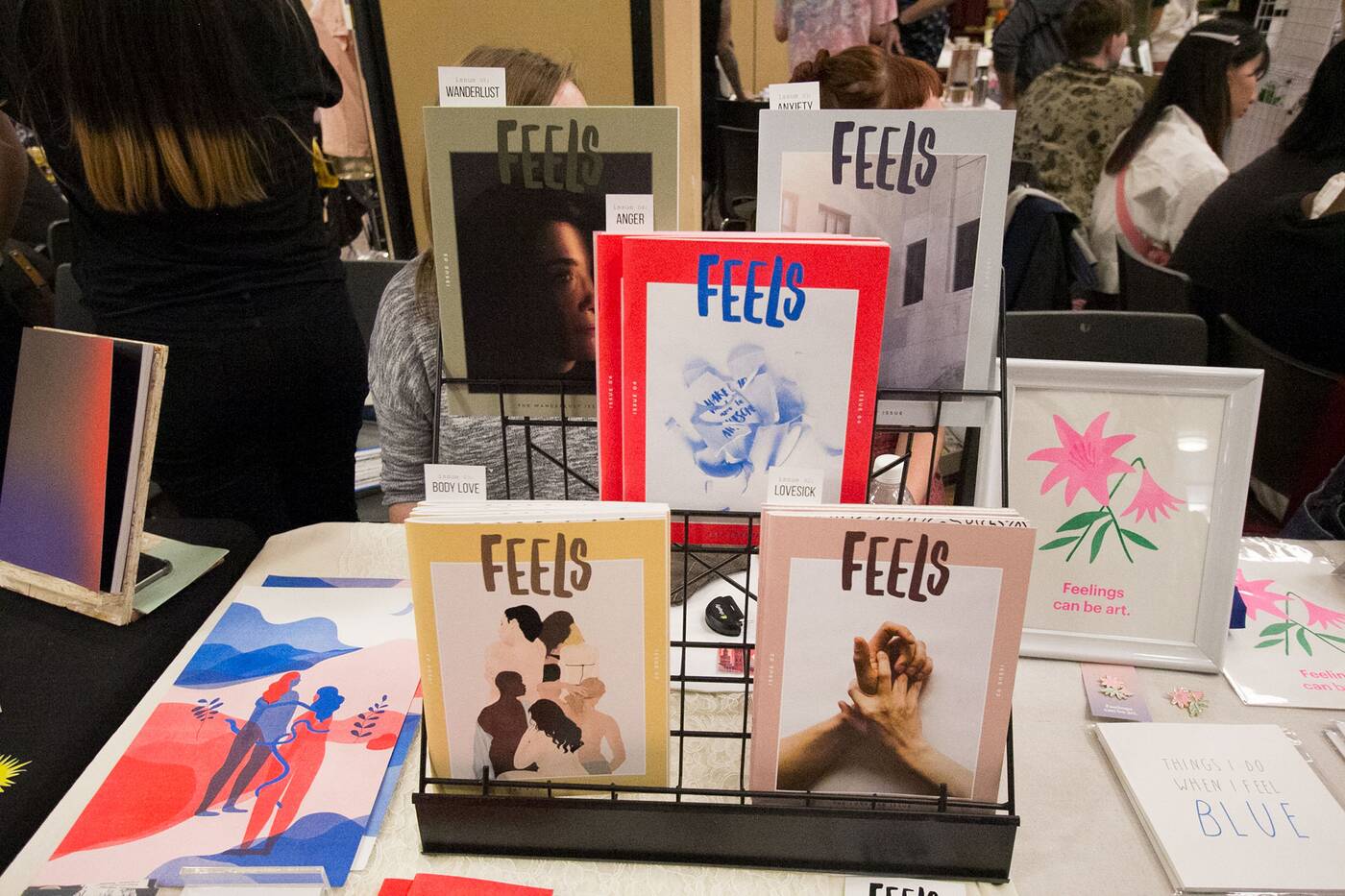 As the internet's endless archives of art become increasingly boring, zines have risen to meet the demand for tactile material without bending to the whims of larger commercial entities. It turns out people are, in fact, willing to pay for content, it just has to be worth it. 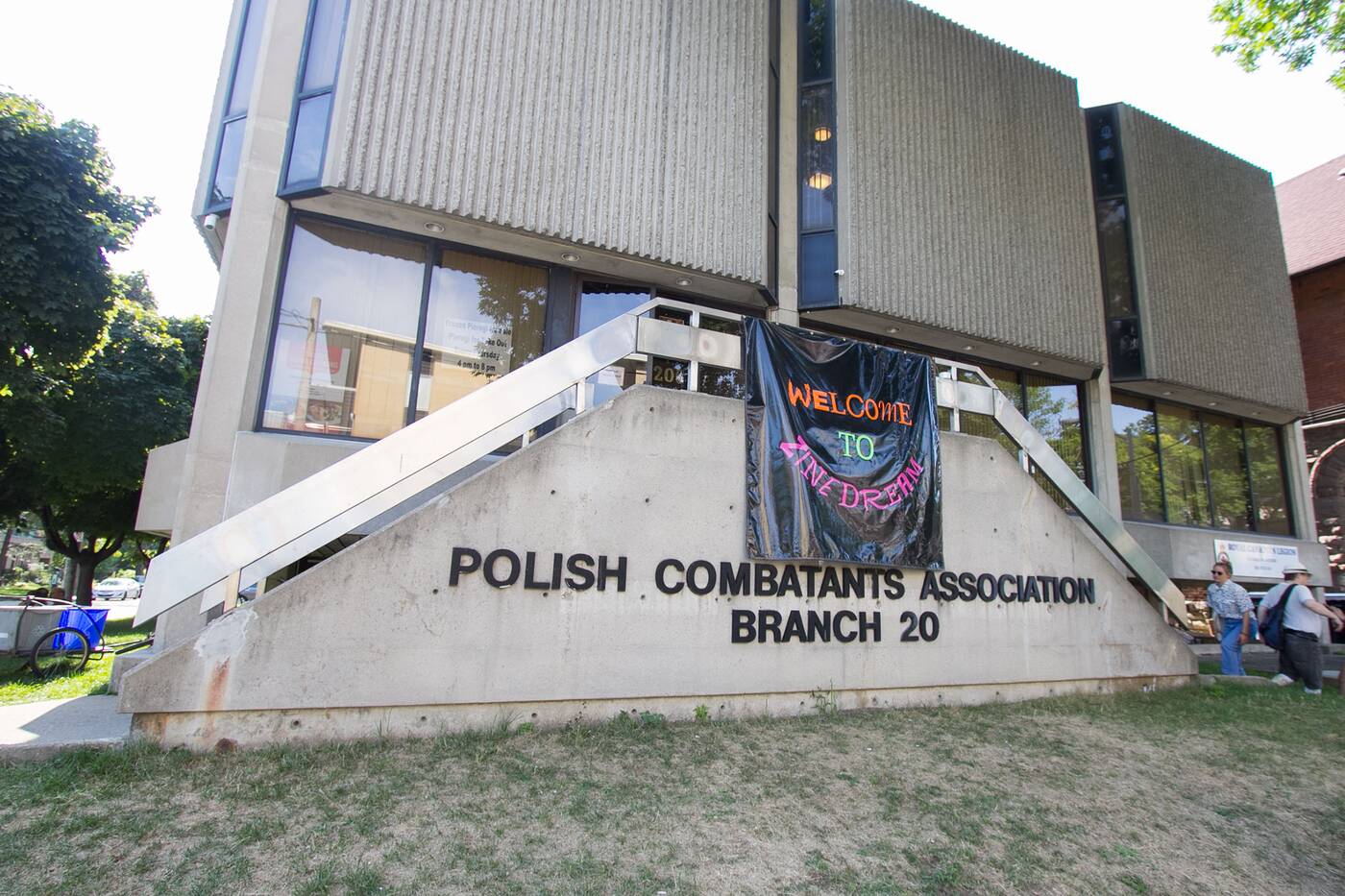