Toronto bakery captures the soul of its neighbourhood

Growing up in and around his grandparents' bakery and deli on St. Clair West, Franco Deleo was surrounded by Italian-speaking adults on both sides of the counter. Part of the great wave of immigration to Canada after the Second World War, they'd made the family bakery and the streets outside a community - a place where they felt comfortable as they shopped and socialized.

These are the same people that Deleo turned to years later, as a photographer, and who fill the walls of his studio behind the bakery for Souls of St. Clair, a show of portraits featuring the customers and employees of Tre Mari Bakery, the Deleo family business.

"My grandparents helped to build a strong community on St. Clair," Deleo tells me. "The subjects have been a part of this community for over 50 years and are a reminder of where my brothers and I have come from and what my grandparents had built. It felt natural to want to document a generation of people that are woven into my family's and the bakery's history." 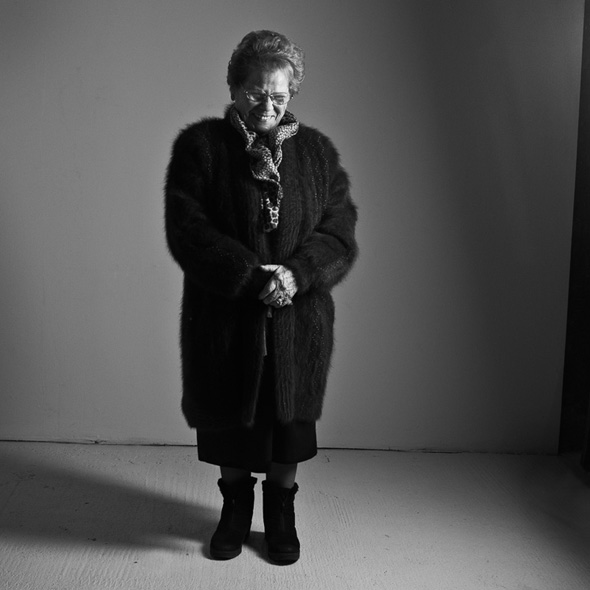 "The subjects in the exhibition simply caught my eye. I wanted to take them out from the environment that I regularly see them, and place them in a studio setting where they are the only focus - where they could share their stories without distraction."

After the death of his father eight years ago, Deleo was drawn back to the family business after studying photography at Humber, working as a commercial photographer and living in Mexico. He now runs the bakery with his brothers, and it was while working there that he discovered the older people - many regulars at Tre Mari for decades - who he would invite to his studio, just off the alley behind Tre Mari, in the back of what was once a seafood store.

"It wasn't always easy approaching the subjects. Sometimes I would be stuck at the cash register with the long lineup as I try to bag bread, give change at the same time ask and 88-year-old Italian man if he wouldn't mind having his portrait taken."

"Before photographing the subjects, we began with conversation and I would simply listen. I listened to their stories and their past experiences, coming to Toronto and shopping in Tre Mari. The bakery helped to connect us and break the barrier of shyness." 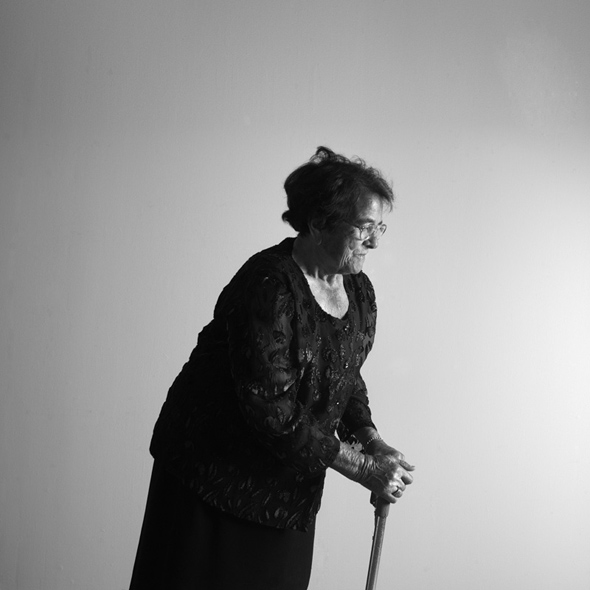 "For the first few shoots I would set up the studio beforehand in anticipation that on that day, I would bump into one of my subjects and walk with them into the studio during my work shift. Not having to setup and move around lights made the process of photographing them swift and smooth."

The public face of Souls of St. Clair - featured on posters and postcards all over the neighbourhood - is Nicola, striking an elegant pose, his hand on his cocked hip, as he stands in front of Deleo's camera.

"One day after Nicola finished shopping I asked him if I could take his photo. He followed me into the studio with his bread and cheese, and after five minutes he innocently walked off set when he had enough. Anna (wearing the long coat) said 'okay Franco that's enough!'"

"The reactions were mostly positive and I found the women were more open than the men. Sometimes they we're very confused. 'Why do you want to take MY photo?'" 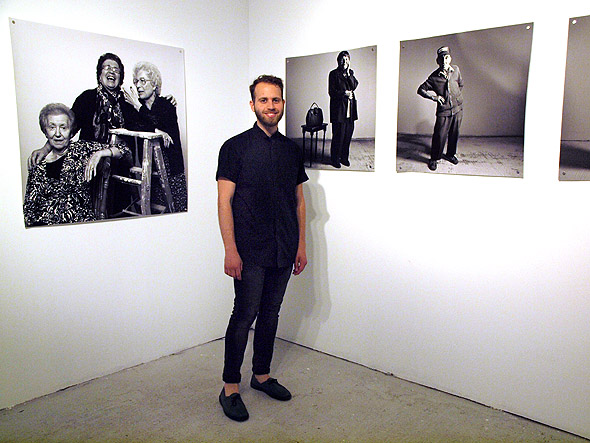 ""My success to failure ratio is about 50-50. One of the men I approach said yes, but then changed his mind because his wife said no. I found that really cute."

Unfortunately, Nicola passed away two weeks before the opening of Souls of St. Clair this weekend, and the passage of time - and the slow eroding of the once-vibrant Italian-Canadian community on St. Clair - has made continuing the series a mission for Deleo.

"Nicola Pallota's passing was a huge reminder of how important this project is to me. The fragility of age is one of the reasons why I started photographing them."

"My goals with Souls of St. Clair are to eventually produce a book of portraits. I want to continue shooting my long-time customers and I hope that this exhibition and body of work grant me more access to subjects that previously said no. I feel proud to document these incredible people that are a time capsule. They came to Toronto with traditions that continue with them."