Ai Weiwei's elaborate bicycle installation at Nathan Phillips Square for Nuit Blanche 2013 won't officially be revealed until dusk on October 5th, but those passing by city hall over the past few days have been treated to a sort of preview as city crews assemble the structure, which consists of 3,144 bicycles. It's difficult to get a sense of what the final product will look like (which is why we feel we're not giving anything away here), but the sight of thousands of unpainted bicycles being fused to form a giant installation is intriguing in its own right. 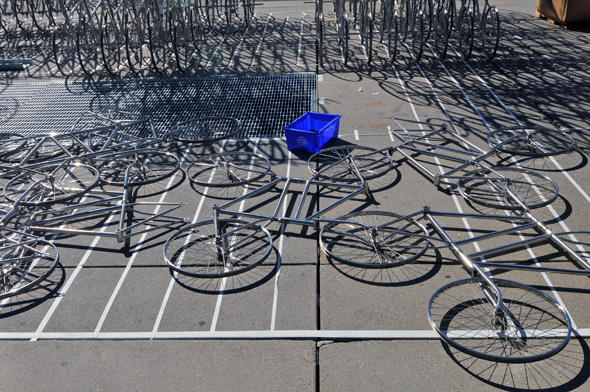 Visitors to the major Ai Weiwei exhibit at the AGO will likely recall the 42-bike version of Forever Bicycles on display right now. That installation is already rather impressive, so the addition of some 3,100 bikes promises to be nothing short of spectacular. Fortunately for those who can't make Toronto's all night art affair, the piece will remain on display until October 27th, the closing day of the AGO show. 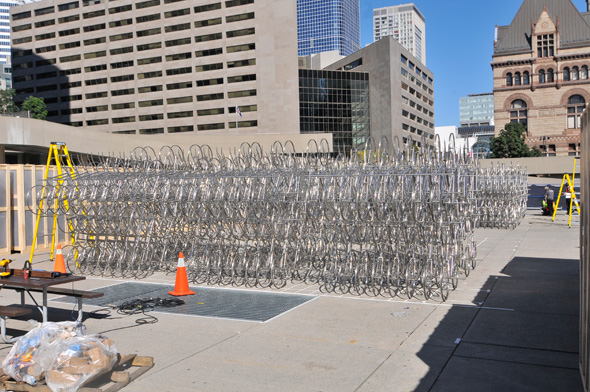