When you look at a work of art, how much does knowing the identity of the artist affect how you perceive it? With her new show at Mark Christopher Gallery, entitled WE ARE NATURE, local artist and illustrator EGR (pronounced "eager") confronts this question head-on, as she explores the frequent objectification of women in the arts by reflecting back to us those very images of idealised female beauty. 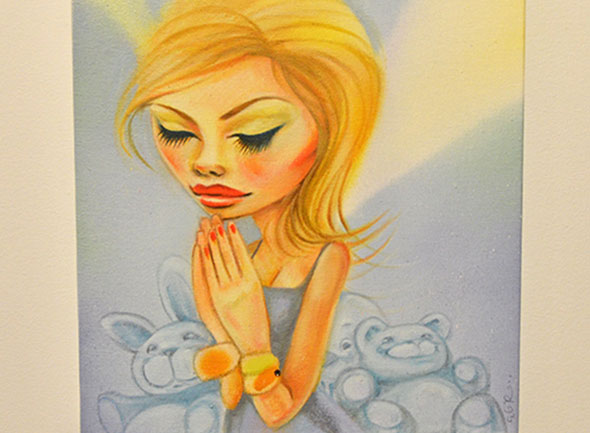 As EGR explicitly situates her work within a feminist framework, she's part of a growing global movement of female street artists who are fighting to be recognised in a very male-dominated arena. Rede Nami, for one, is a feminist network of artists in Rio de Janeiro that promotes women's rights through street art, and whose president Panmela Castro EGR cites as a particular inspiration. 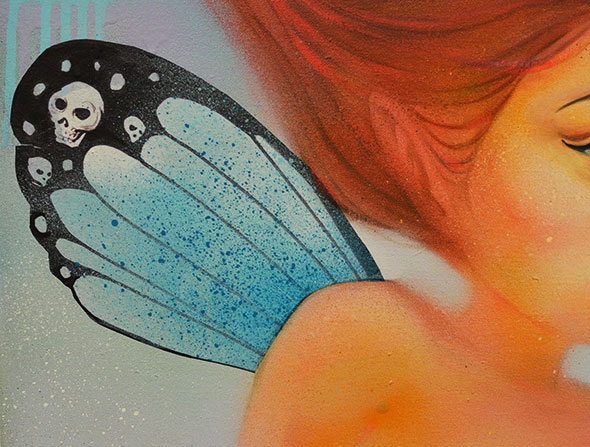 In terms of subject matter, however, EGR's work owes a lot to the French female street artist Fafi, whose overtly sexual cartoon women, called the "Fafinettes," have decorated everything from the gritty streets of Toulouse, France to Adidas and Le SportSac products. When Fafi first started spraying, feminists quickly painted over her work in black, so disturbed were they by the images presented. 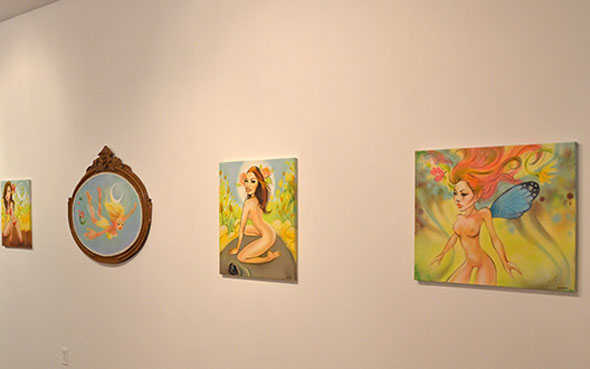 EGR (also known as Erica Gosich Rose) may be focused on female empowerment, but like Fafi's Fafinettes, these are definitely not your typical feminist pieces. As EGR explains, her work is about "crossbreeding fairy-tale like figures with male fantasies," and each painting--using a mix of oil, aerosol, and found materials--depicts a cartoonishly sexualized female character that resembles a more scantily-clad Bratz doll. The main source of inspiration cited is Mel Ramos, whose brash and kitschy 1960's nudes turned the demure pinups of the '40s and '50s on their heads. 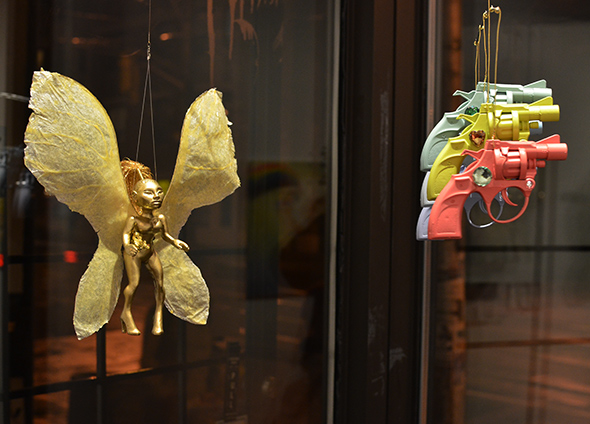 EGR's women, whom she calls "flylets," have no connection to the real world in the WE ARE NATURE exhibit, and their inflated proportions are paired with fairy wings and pointed ears. But while they may be fantastical creatures, the women also subscribe to very real-world expectations of beauty, clearly opting first for bikini waxes before they frolic in the woods. In many of her earlier pieces, EGR has placed these dream women in real-world locations: a seedy bar, a city streetscape.

This contrast naturally drew attention to the disparity between expectation and reality, a contrast that is missing from the fantasy world of WE ARE NATURE. EGR is a truly talented artist, but the line between re-appropriation and regression is a thin one, and I'm not sure on which side of it the show ends up. 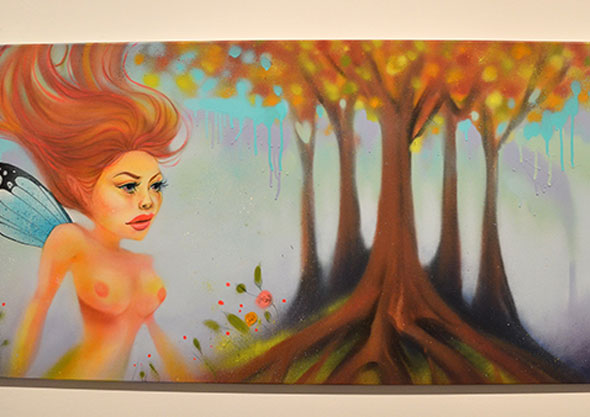 In her artist's statement for the exhibition, EGR stresses that she wants the viewer to consider how her works change depending on what one knows of the gender of the artist. And had I been unfamiliar with EGR and the history of her work, I probably would have dismissed the work as simple male wish fulfillment, and generally consistent with traditional representations of women in street art. But there are definitely clues for the perceptive viewer that the Fafinettes don't simply exist to titillate the viewer, despite the couple of male spectators at the show who gleefully pointed out which works in particular "turned [them] on."

The undoubted centrepiece of the show is a largely over-sized female face that watches over the proceedings. As one of the few "Flylets" to maintain eye contact with the viewer, her commanding look seems to crafted to draw visitors out of the fantasy, lest they become too comfortable in the role of spectator to such eroticised images. 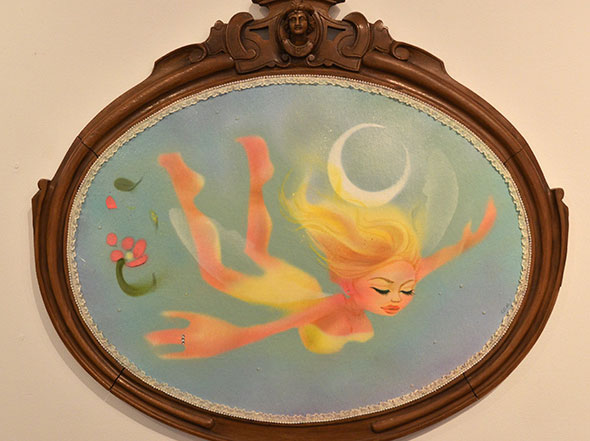 With WE ARE NATURE, EGR seeks to "challenge archaic perceptions of women, by portraying physically powerful women in nature." But is it actual power, or just irony that's being portrayed? The fact that I'm still grappling with the answer to this question proves that EGR's work is worth a look. And one thing's for sure, whether or not you approve of her subject matter, the woman's got some definite graffiti chops.