Don't call them condos. "I am building three sculptures that people can live in," David Mirvish said during his official unveiling of the Mirvish/Gehry transformation of King Street West. "We're sharing a privilege."

That privilege will climb up to 85 storeys (pending approval, of course), spread over three residential towers and sit atop two six-storey stepped podiums. David Mirvish and world-renowned architect Frank Gehry formally introduced their plans for a major overhaul of King Street West this morning at the Art Gallery of Ontario — an appropriate setting considering the 2008 AGO redesign exists as Gehry's other major Canadian project.

The project, as it currently stands, will stretch from the Royal Alex to John Street and include a 60,000-square-foot gallery, a new OCAD University facility, and three distinctly designed residential towers. The gallery will showcase the personal art collection of Audrey and David Mirvish, which will land after years of international travel (loans to museums in Europe and the U.S.) and will be free and open to the public. The one major casualty of the Mirvish and Gehry design, however, will be the Princess of Wales Theatre, which opened back in 1993. Mirvish was not shy to address this point at his press conference Monday morning.

"Having theatres that are not full all the time is not better than art galleries," he said.

Gehry echoed that idea — albeit, somewhat vaguely — when he later took the mic. "We have this image of Toronto that doesn't really exist anymore," he said, noting that his Toronto roots stem back to his grandfather's hardware store on Queen Street. "Yet we're yearning with nostalgia to connect to it." 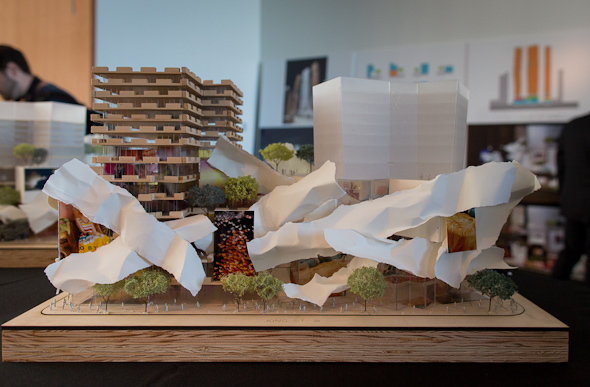 Both Mirvish and Gehry readily pointed out that the models presented this morning don't necessarily represent the final project as it will eventually be built. That is to say; the exterior sculptural "cladding" (which some commenters have helpfully noted as akin to "garbage" or "torn paper") that's intended to create vertical expression may not survive. And we'll see if Mirvish and Gehry achieve their far-reaching (excuse the expression) goal of three 80+ storey towers.

But Councillor Adam Vaughan, of course, was there to offer his unbridled optimism. "Planning is about finding the word 'yes,'" he said to reporters after the presentation. "It's very easy to say 'no, it's too big' or 'no, it's too small' [...] something's going to happen, we have to make sure it builds strength into the community not just simply builds a building."

"I believe when you build a tall building like this it must be a vertical neighbourhood if it's going to succeed."

The next step to success for Mirvish and Gehry however, depends on City approval. 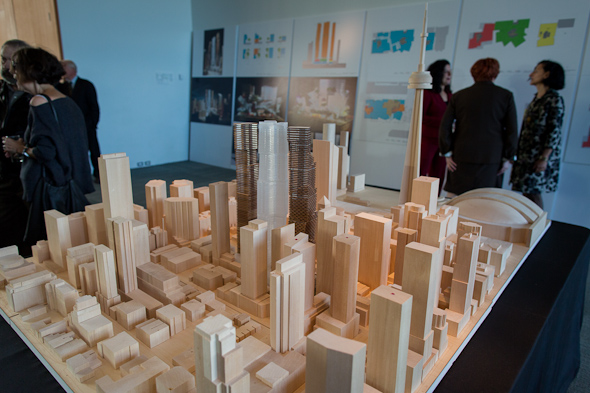 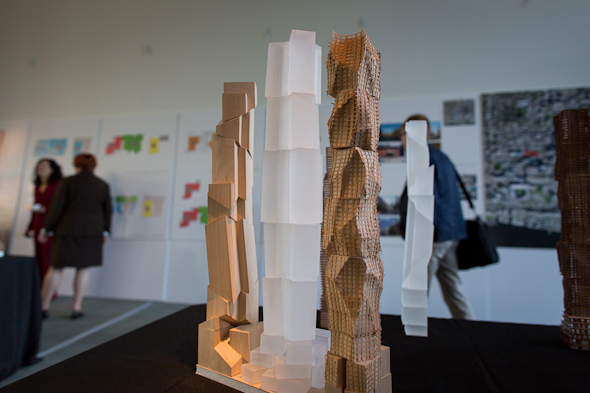 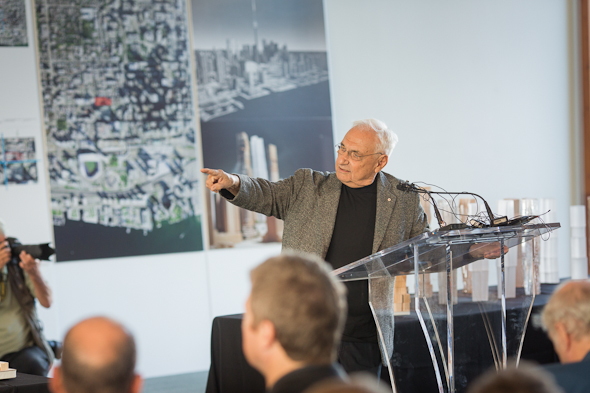 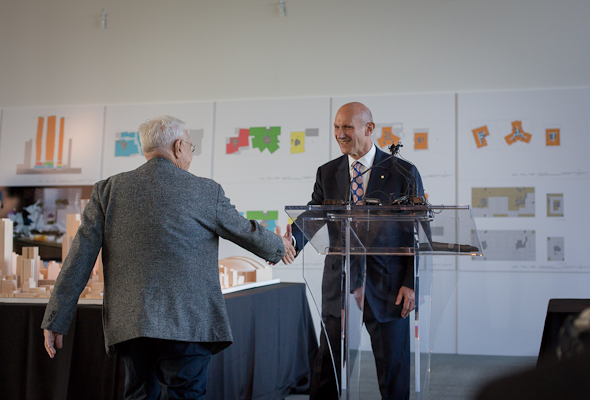 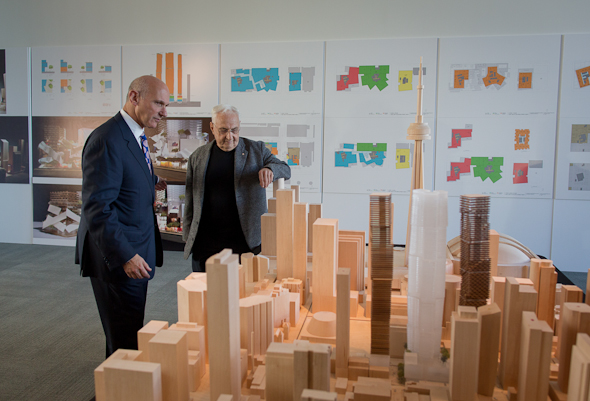 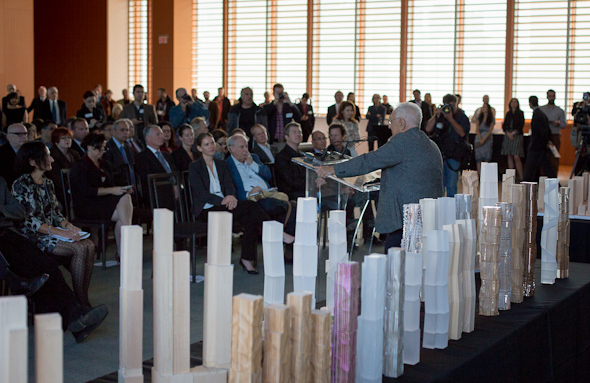 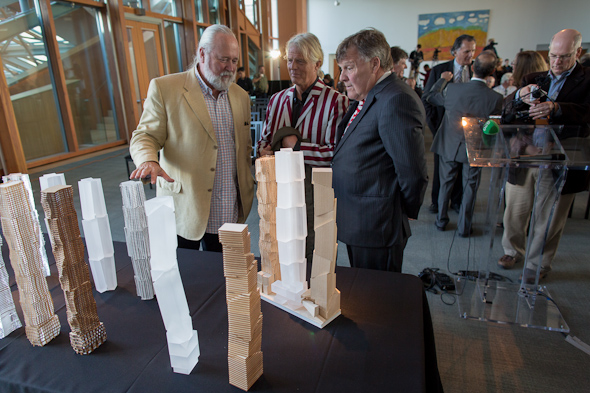 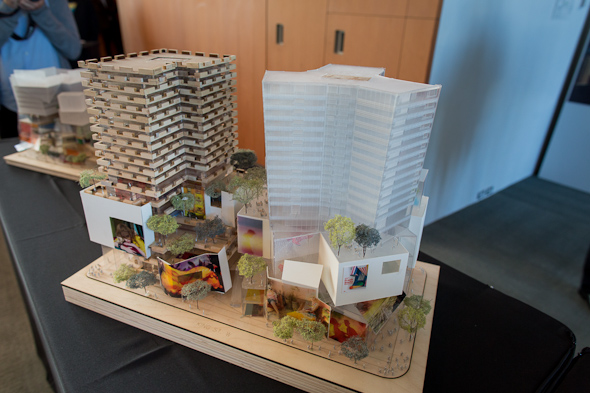 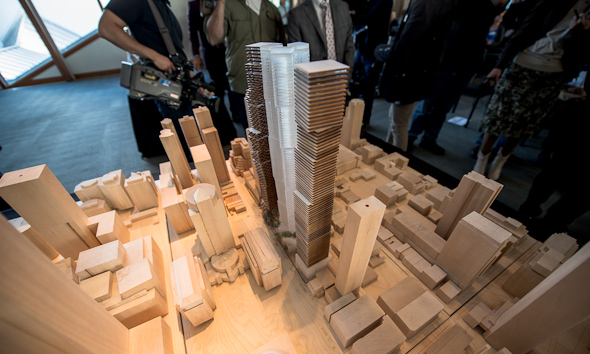 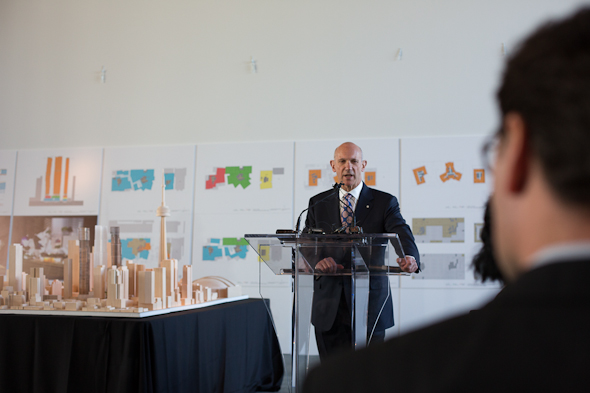 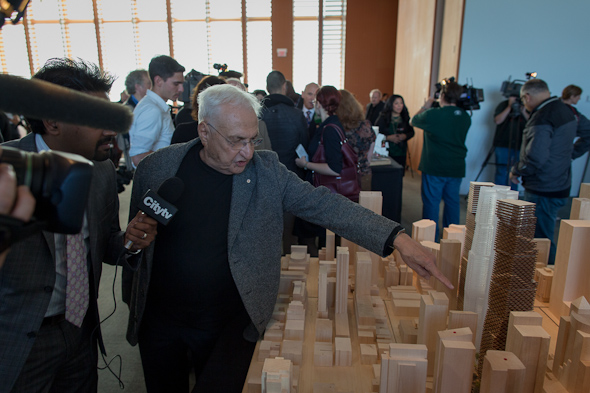 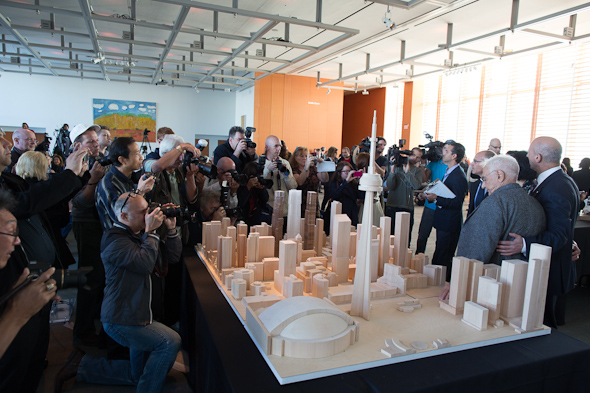 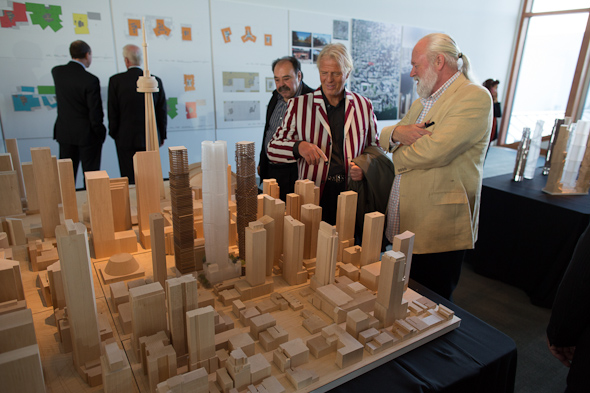 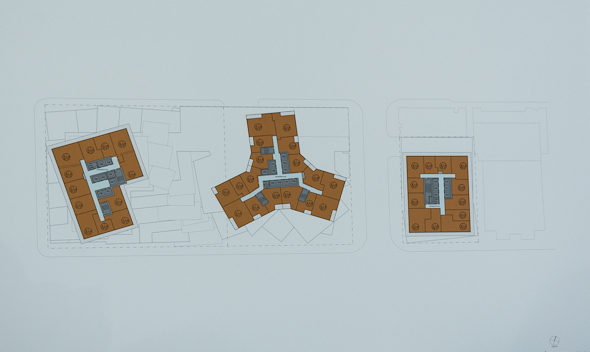 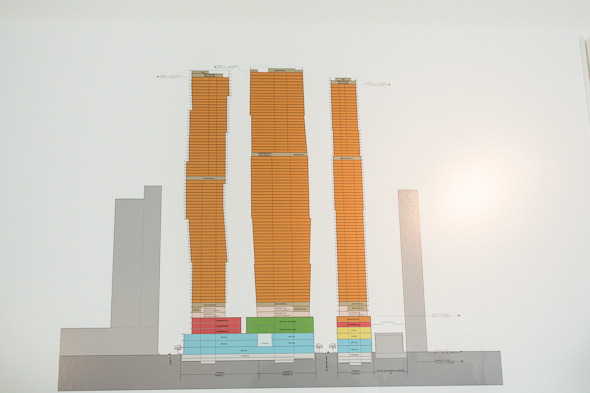 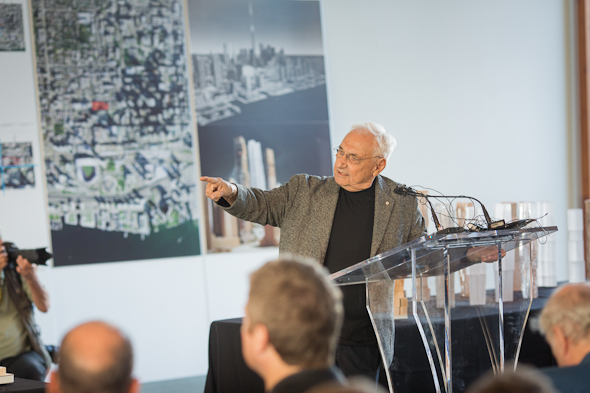