This past weekend saw the second annual iteration of Atomic Lollipop, an ambitious event somewhat loosely based on Japanese youth culture that's presented by newmindspace and a few co-conspirators.

The turnout appeared to be better and perhaps a little bit older on average than last year. There was definitely a much higher ratio of cosplayers to ravers although there are boundaries being crossed between these two groups these days with plenty of partial costumes being worn by the dance crowd--think partial furry gear like full tails and ears along with the more fashionable furry boots and lots of beads. 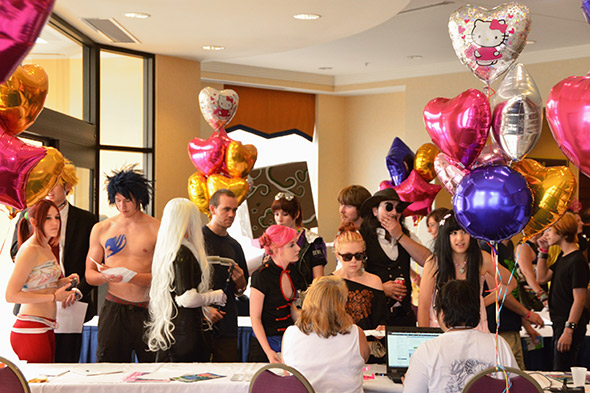 There were events for pretty much any inclination, with surprisingly large turnout for crafts workshops, which made sense once you realised just how much cosplay was going on. There were also plenty of vendors on-hand selling posters and other decor--figurines, manga and comics, makeup and accessories, candy, and caffeinated "Atomic Lollipops." There were even live snakes and other reptiles on display for people to touch and feel. 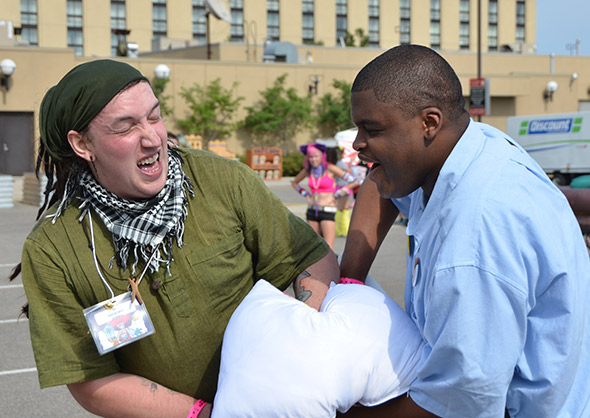 Out in the "playground"--for those willing to brave the heat and glare of the sun--there were deejays pumping out tunes from the big colourful Otakubaloo stage and some fun fair activities to take part in including a mechanical bull, bouncy castle, bouncy jousting, a big ferris wheel, and even cotton candy. For those who prefered to stay in the dark there was a games room (done up like a giant rec room) with all sorts of electronic and board games. 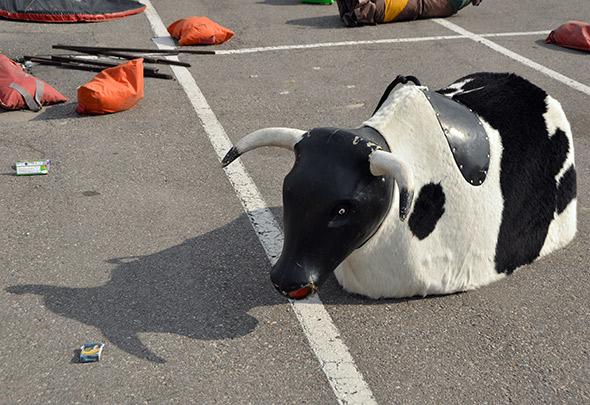 From what I could see this was a big success and will continue to grow in importance as an altternative to the more mainstream and established cons battling it out in the convention centre. 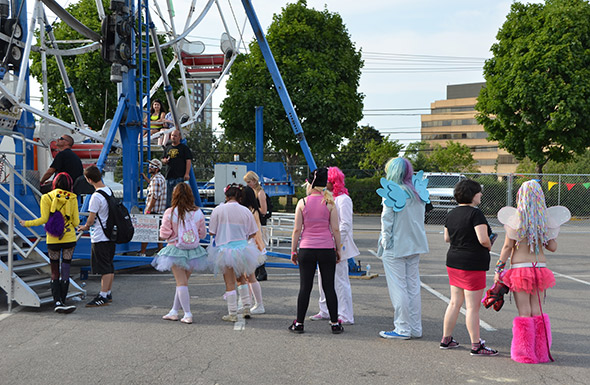 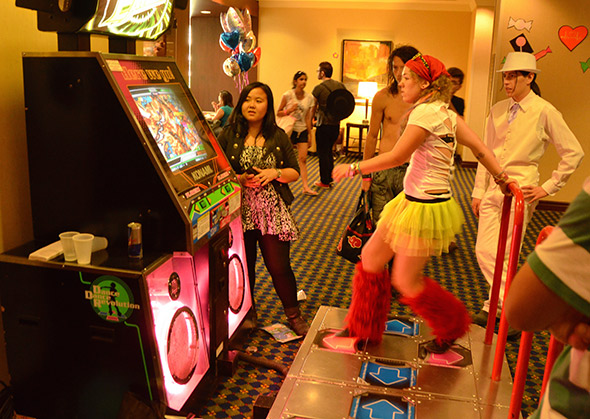 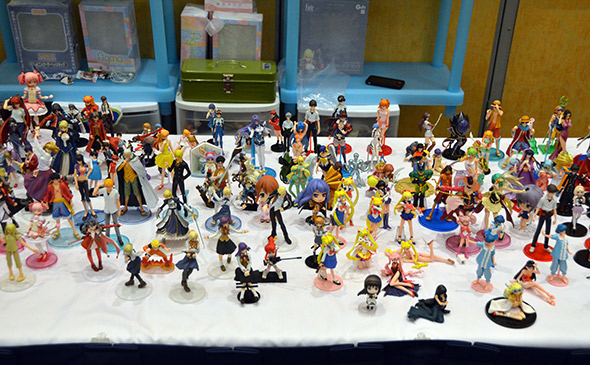 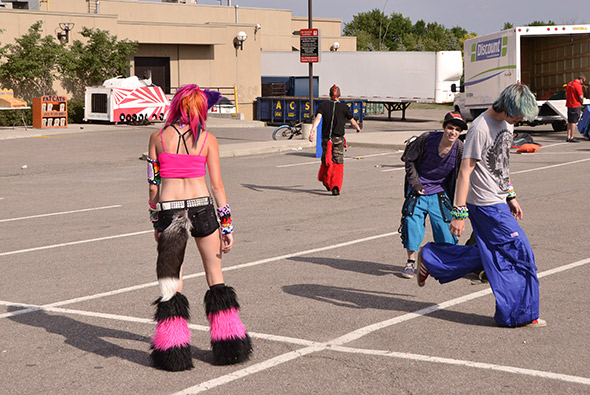 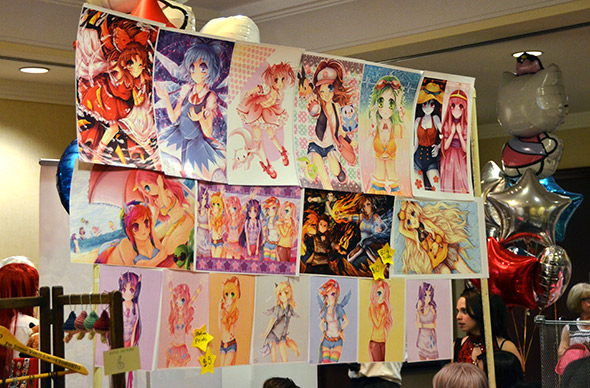