10 Toronto-themed items worth checking out on Etsy

There's a ton of Toronto-related arts, crafts and vintage items just waiting to be snapped up on popular shopping site Etsy. Everything from TTC memorabilia, neighbourhood merchandise, Maple Leafs kitsch and old maps are available to the nostalgic and proud 416-er, and often for a decent price.

Not prepared to wade through the thousands of products on offer? Here's a round-up of some of the best and most interesting items available for purchase plus a few booby prizes thrown in for good measure.

Vintage Toronto Transit Token Cufflinks by Firefly Notes (shown above)
These 1950s TTC tokens have been lovingly reworked into a pair of unique cufflinks by Sandy from Firefly Notes. Each roughly the size of a dime, the transit passes have been buffed to a rough shine that compliments a vintage or classic formal dress. No guarantees a flash of these will get you through the turnstile though. 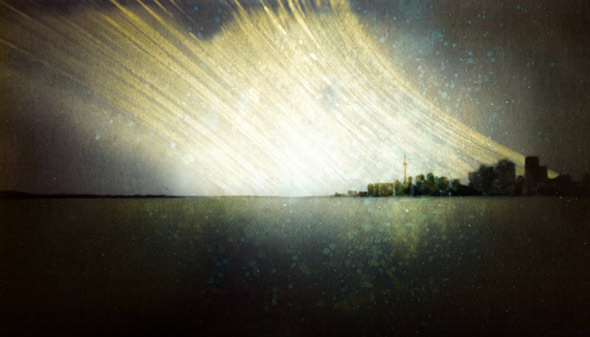 Michael Chrisman's year-long exposure of the Toronto skyline from the Port Lands is pretty much one of the coolest photos of the city we've ever seen. The best part is that there are 25 left. You can read more about the photo here. 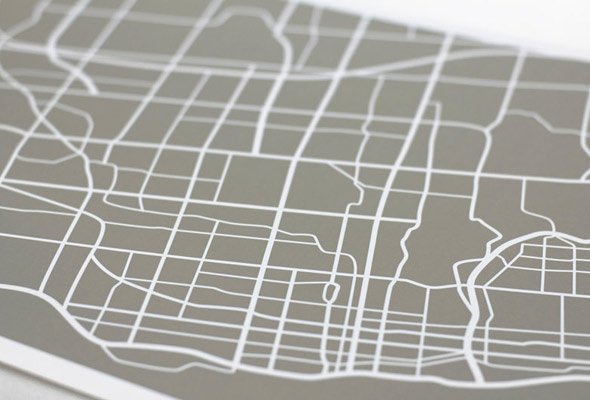 There are a lot of Toronto maps on Etsy â some of which are cool, some of which are meh (still others are downright awful). This one makes the grade on account its minimalist design and lack of labels, which beckons viewers to do a double take before they know exactly what they're looking at. 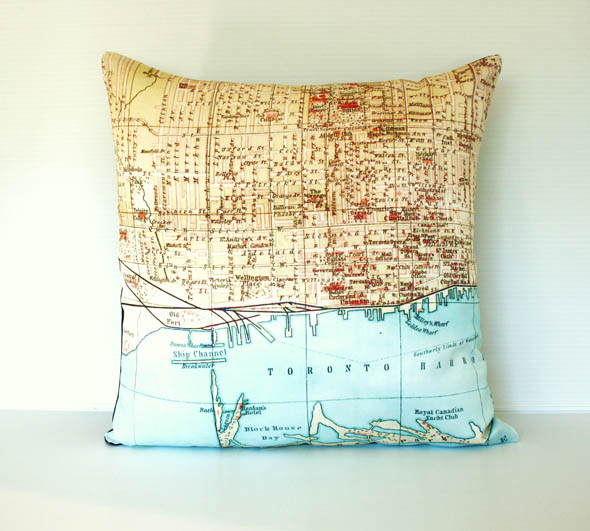 This organic cotton throw cushion features a print of a vintage Toronto map on the front. Spot the differences with a modern version while you recline or keep it close and use it to guide you home in an emergency. Buy an extra comfy insert, though. The price only includes the case. 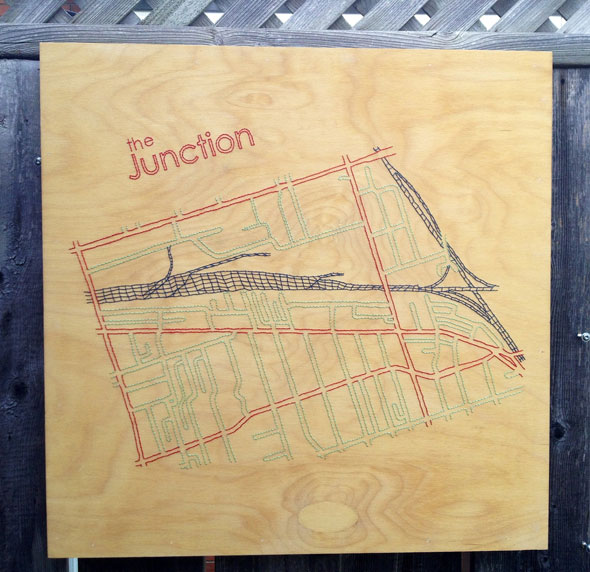 Embroidered wood - what will they think of next? Have your favorite Toronto neighbouhood mapped out on a piece of wood (different sizes, colours and stains are available) for a truly unique gift or souvenir. For something slightly less arty, treat the meanie in your life to the word "bitch" stitched across a piece of their favorite wood, a service also available from the same designer. 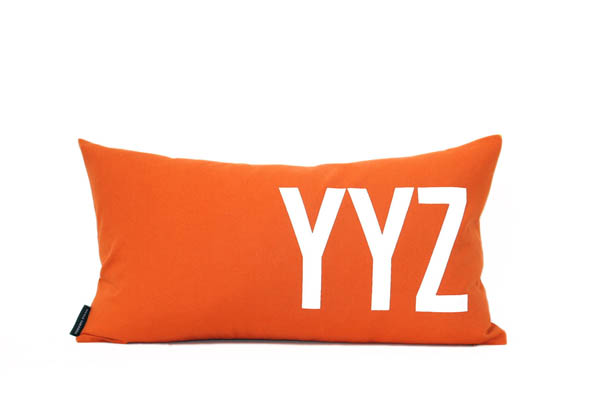 Celebrate the best airport in the golden horseshoe with this colorful Pearson coded cushion. If you're more the Billy Bishop type, YTZ is also available. The shape of this little beauty makes it perfect as a neck pillow on your next long-haul flight out of town, too. Like above, the price includes just the case. Add down filling for an extra cost. 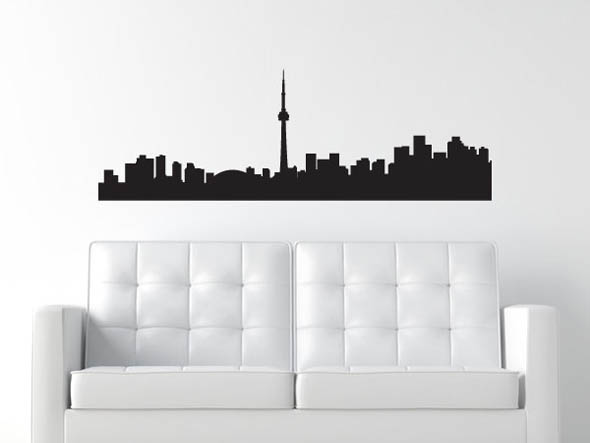 Add a touch of Hogtown to your interior decoration with this nifty skyline decal. If black isn't your thing, the maker offers a rainbow of colors to match your other home furnishings. Red and blue make sense if you want to match the TTC or city colors on a white wall. 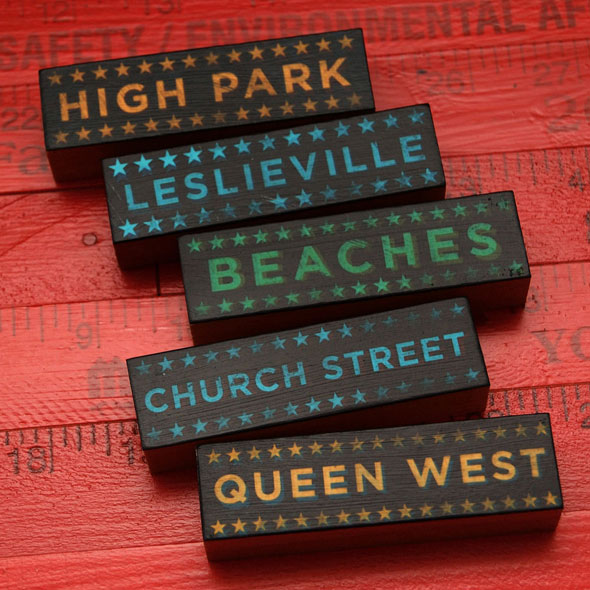 This set of five wooden Toronto neighborhood blocks works as bookends or something to catch the eye and dress up a windowsill or shelf space. Leave the different pieces around the house as a reminder of your favorite hangouts. 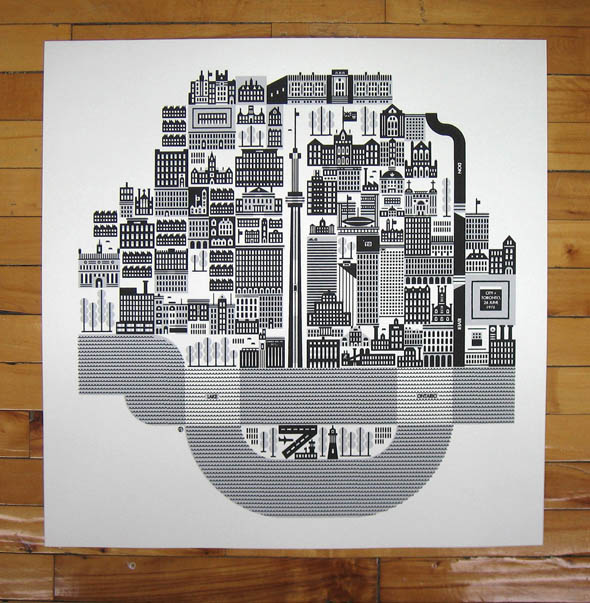 This distinctive map shows Toronto as it was on 26th June, 1976 - the day the CN Tower opened to the public. There's a few notable absences - namely the SkyDome - but I'm sure that won't put anyone off this video-game inspired creation. 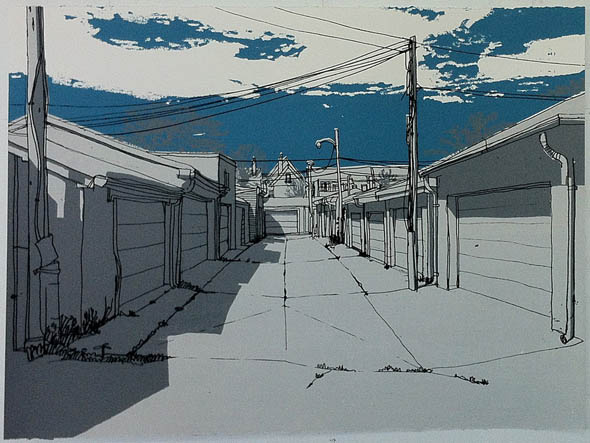 What with all the CN Tower and Queen West tributes on Etsy it's easy to forgot there are other sides to this city that are still just as distinctive. This four-color screenprint of a classic Toronto laneway would make a worthy addition to any Hogtown living space.

And then there's this... 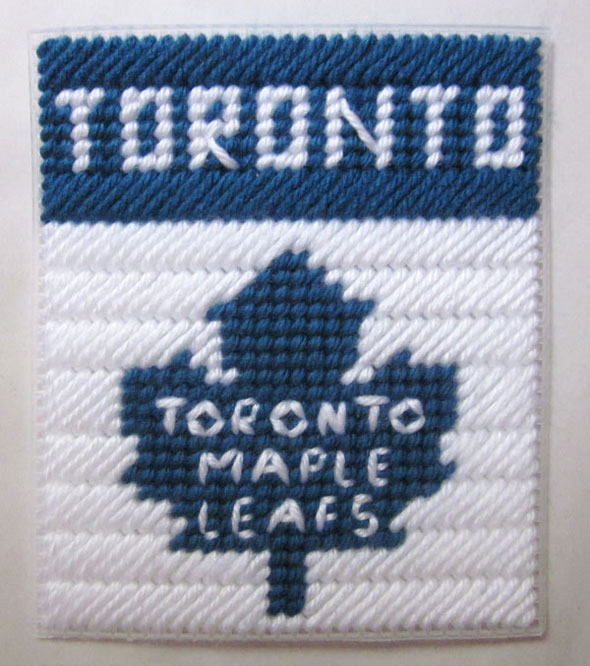 The NHL's aggressive merchandising policy means you can find just about anything with a Maple Leafs logo on it somewhere, except, perhaps, a tissue box. Because if there's one thing a true Leafs fan needs come spring its somewhere to keep the Kleenex. 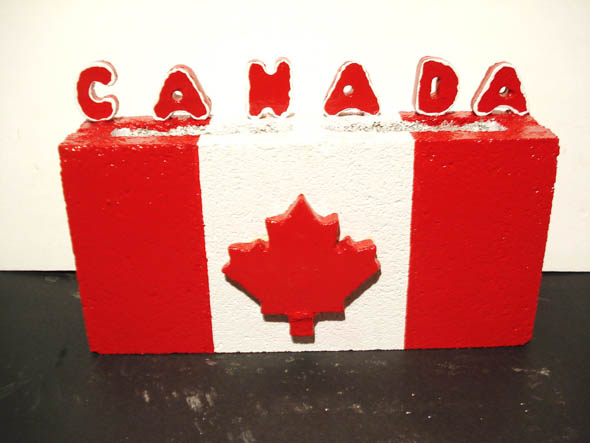 Concrete is a tough medium to make beautiful, just ask the 70s. This 15-inch, poorly-painted block is supposed to be used as a planter or as a letter holder but I suggest you destroy it with acid before anyone can see it. Just for the record, this monstrosity was made by an American.