The good, the bad and the geeky at FanExpo 2011

Those passing around downtown this weekend may have noticed a few odd sights on their travels. Perhaps a Joker at Freshly Squeezed? Or a Lolita girl on the subway? How about a Dr. Horrible walking around near the Skydome? Well these aren't isolated incidents, merely the symptom of FanExpo, the largest convention of it's kind in Canada. An amazing meld of Horror, Sci-Fi, Anime, Comic and Gaming fans converge into the Metro Toronto Convention Centre for four days of panels, sneak previews, autograph sessions, costume contests, consumerism and swag, lovely swag.

Here are some of my favourite finds at this years festival. 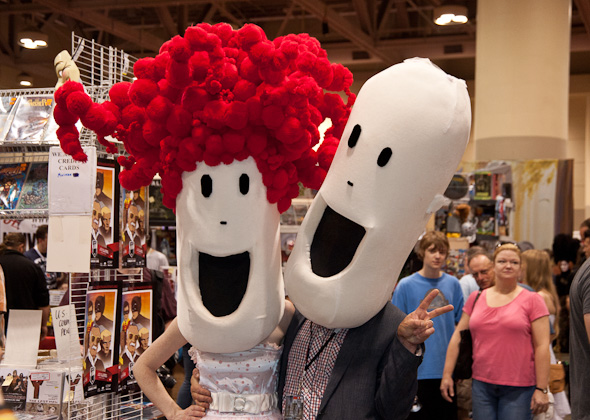 Nerd Speed Dating
Another surprise for me was the newest addition to the itinerary this year, Nerd Speed Dating! Conventions are notorious for being hook-up heavy as geeks from all types of fandoms and cities congregate in or out of costume, but the bigger the conventions get, the more anonymous they become. Enter Nerd Speed Dating! Potential date-finders signed up in advance of the convention (with some walk-ups permitted) and were able to select what type of 'genre' of partner they were looking for. Gay/lesbian/straight, gamer/horror fan/anime fan or all-around-nerd.

I had the opportunity to watch as the potential daters interacted with each other, the room was a cacophony of noise as each person quickly began asking all kinds of breathless questions, trying to nose out potential partners. I asked host Ryan Glitch about his experience with these events and he fully admitted that people have gotten along so well they've left the event, during the date together, and that at another convention a couple that had met through speed dating had recently become engaged. 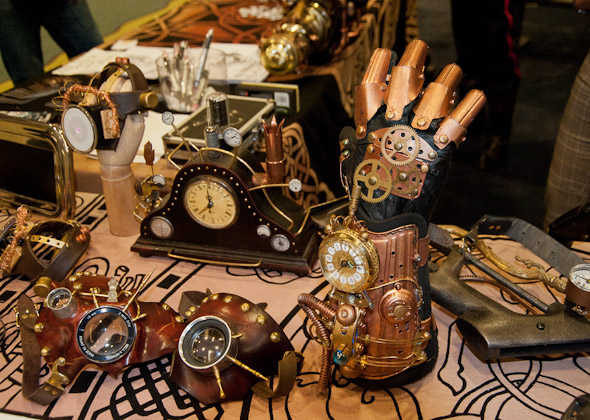 Home Video Game Retro Lounge
Tired from milling about the floor with thousands of other fans looking for a good photo to take, Pocky to buy or autographs to hound? Want to relax in a room (in a chair even) without having to listen to a panel you may be completely disinterested in? Then this is the room for you. I stumbled into the Retro Lounge completely by accident after attempting to enter the Premium Lounge (to no avail!) This lounge was full of old-school computer and gaming systems to play, from King's Quest to Super Mario, Tetris and Asteroids. 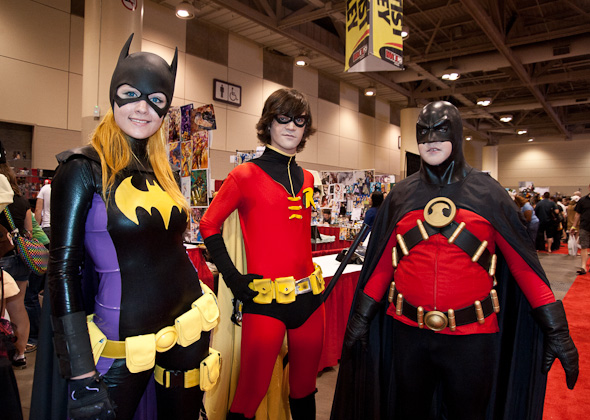 Masquerade/Costumes
The force is strong at FanExpo, you can't walk 2 feet through the convention centre without bumping into a cosplayer and inevitably a person taking a photo of them. In terms of sheer numbers, I saw approximately 5 Jokers, 4 Ramona Flowers, 3 Scott Pilgrims, 2 Stone Angels, 6 Dr. Whos, at least a half dozen Sailor Scouts, two Power Girls and the list could go on and on. 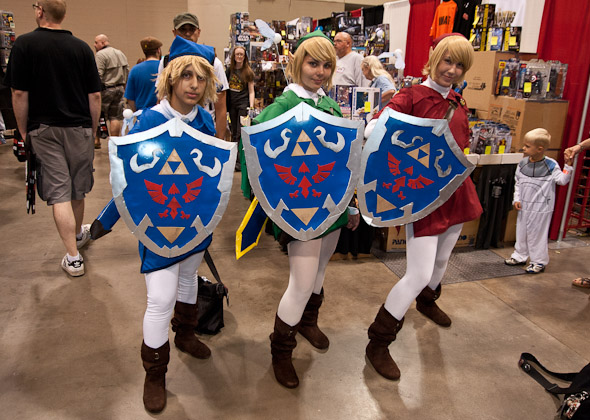 And now a few of my not-so-favourite things
Unfortunately the promotions at FanExpo were a little out of control, there was an entire block bigger than the size of my apartment dedicated to Reel Steel, the extremely cheesy flick about live action rock'em sock'em robots coming out in a few months that consisted of nothing but four inanimate robots and two extremely loud flatscreens showing the trailer on repeat. The Teletoon block was also a huge empty space with a desk for a trivia contest and some cheap looking posters. People who used their space wisely? Warner Brothers had a giant Hagrid from Harry Potter made up of Lego, as well as previews of the new Harry Potter game, combined with an assortment of other new releases and a small area for trailers and sneak peeks complete with comfy cushion stools. 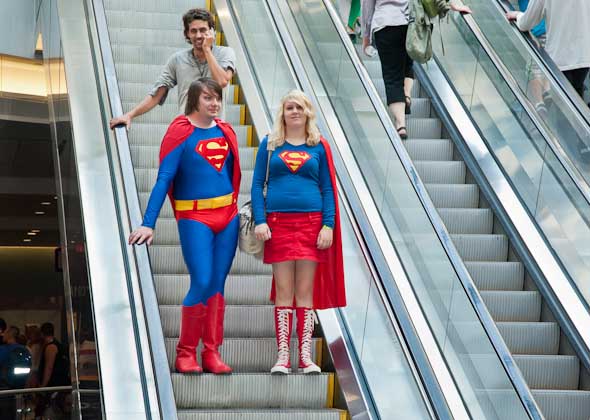 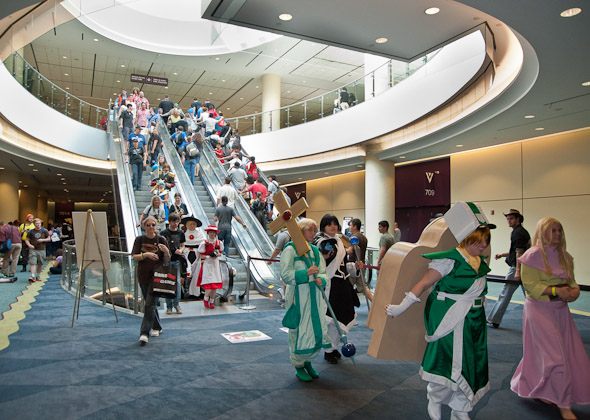 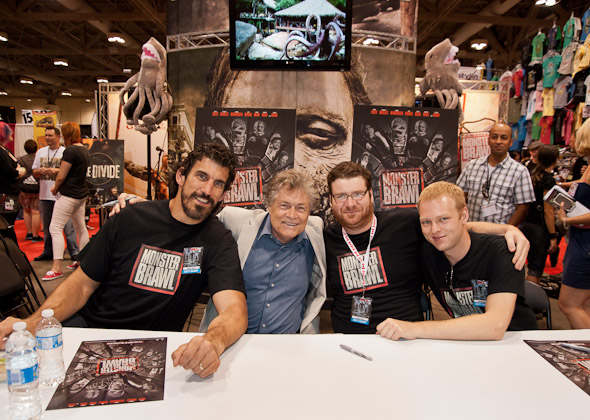 Photos by of Christian Bobak