The Sargasso Sea bubbles up at Brookfield Place

"Sargasso," the crystalline installation at Brookfield Place put together by architect Philip Beesley is a breathtaking bit of public art. Commissioned by Luminato for the 2011 Festival, I suspect it'll capture the public's imagination to the same degree that David Rokeby's installation "Long Wave" did back in 2009, when photographers flocked en masse to shoot the strange collection of red egg-like balls suspended above the atrium.

A force behind the concept of "responsive architecture," Beesley's work challenges the assumption that buildings must be static structures via the creation of spaces that are akin to primeval life forms like those that collect in the Sargasso Sea. While substantial, they remain unfixed, floating here and there among the waters of the so-called sea with shores. Like these basic creatures and the other cast-off materials that collect there, Beesley's Sargasso is difficult to pin down â both literally and figuratively. 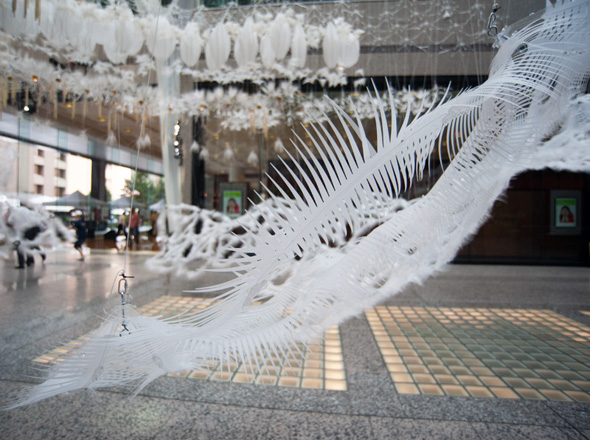 In a literal sense, the installation acts as a sort of floating canopy that bobs along the ceiling of the Galleria, which is both surprising and visually stimulating. And in so doing, it hints at what a truly alternative, living architecture might look like. "The building is no longer an entity of steel, glass, and stone but a participant in a symbiotic artistic event that shapes the nature of the environment itself," reads the Luminato description of the piece. That's go a little too far, I suspect, but for those willing to actively imagine, a glimpse of a new paradigm of building design might be out there.

Sargasso can be found at the Allen Lambert Galleria at Brookfield Place until June 18th. Lead photo of Philip Beesley alongside Sargasso by MustGoFaster. 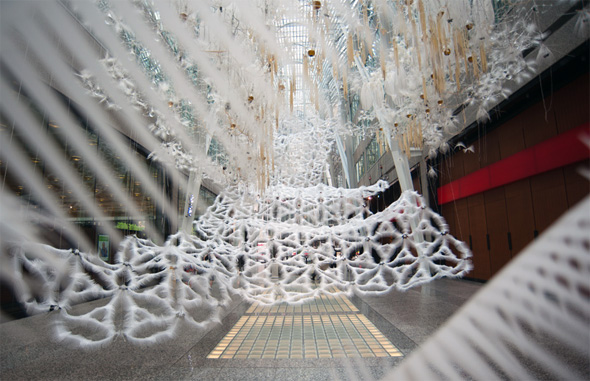 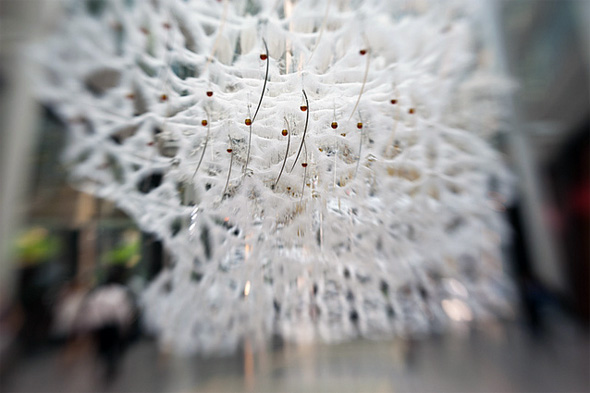 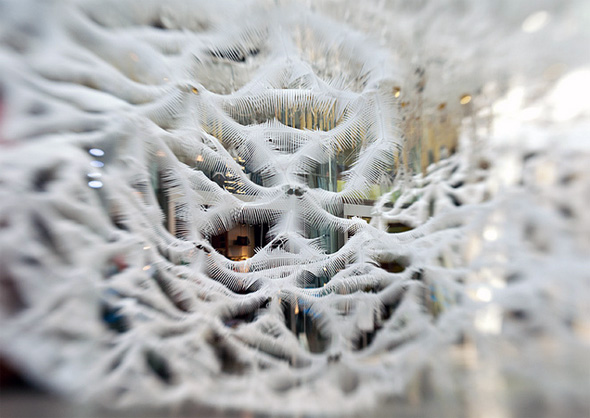 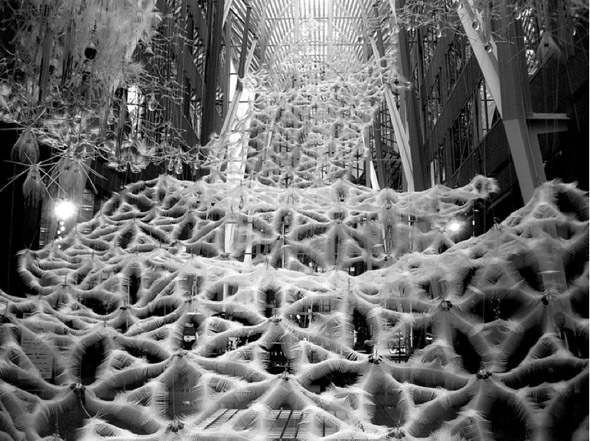 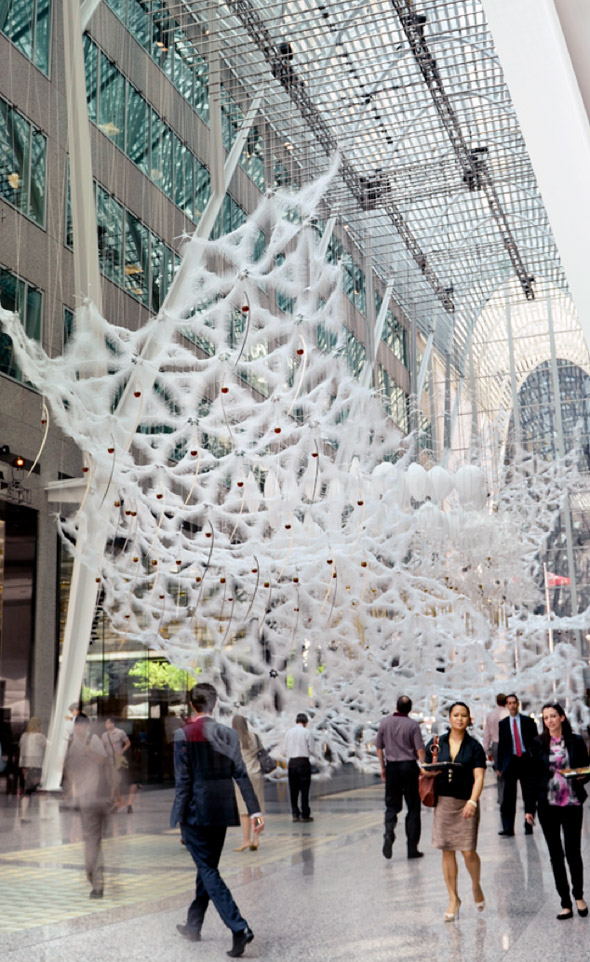