Mr. Sunset and his photo collection

For about seven months now, Jim Bowie has been uploading photos to the blogTO Flickr pool under the handle Cobby17. Not much usual about that, of course, but what's noteworthy about his submissions is that the vast majority of them are similarly framed shots of sunsets and early evenings as seen from the balcony of his condo near Eglinton and the Don Valley. There's hundreds of them, all documenting what on the surface seems to be the same thing. 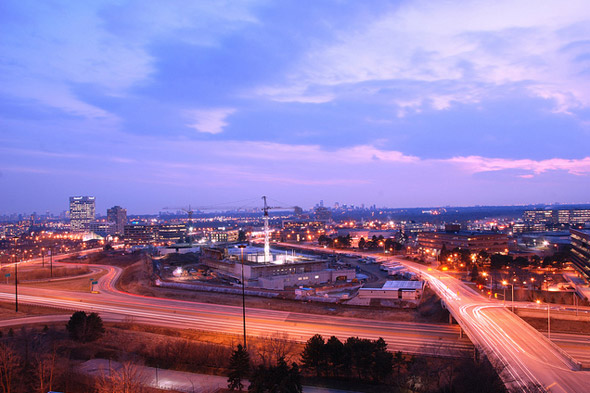 I noticed the preponderance of these photos quite some time ago, but didn't think too much of them because, truth be told, I tend not to select sunset photos for the photo of the day feature. But as they kept piling up, I started to get curious. What's the deal with all the sunset images, I wondered. And isn't this reminiscent of that Paul Auster short story I once read? 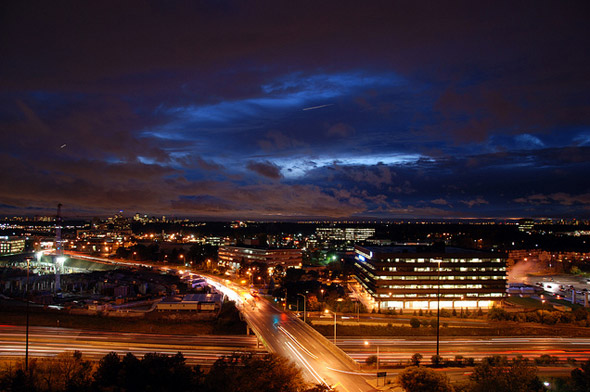 Probably more popular for its depiction in Wayne Wang's film Smoke (which was also written by Auster), the protagonist in "Auggie Wren's Christmas Story" undertakes a project that involves shooting a photo a day at the exact same time and from the exact same location outside his smoke shop. When Auggie asks a writer friend of his to have a look at the resulting collection, his reaction prefigures the experience I had when I finally took a longer look at Bowie's sunset pics. Here's how the narrator describes it:

"As I flipped through the albums and began to study Auggie's work, I didn't know what to think. My first impression was that it was the oddest, most bewildering thing I had ever seen. All the pictures were the same. The whole Project was a numbing onslaught of repetition, the same street and the same buildings over and over again, an unrelenting delirium of redundant images.... I picked up another album and forced myself to go more deliberately. I paid closer attention to details, took note of shifts in the weather, watched for the changing angles of light as the seasons advances. Eventually, I was able to detect subtle differences in the traffic flow, to anticipate the rhythm of the different days (the commotion of workday mornings, the relative stillness of weekends, the contrast between Saturdays and Sundays)." 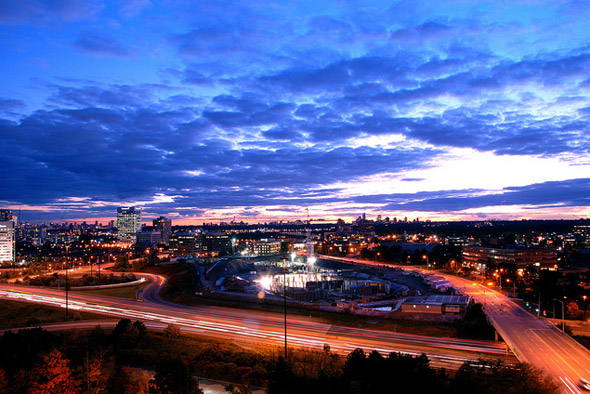 Auggie's photo project is more rigid and people-oriented that Bowie's (especially given that the latter plays with the level of zoom and doesn't trip the shutter at the exact same time), but the lesson to be gleaned from the series â if there is one â is similar. Taken as a collection, the photos reveal remarkable nuance in what is literally an everyday occurrence. Though he bumps the levels to achieve the saturated colours, the images are uncropped and otherwise unprocessed. 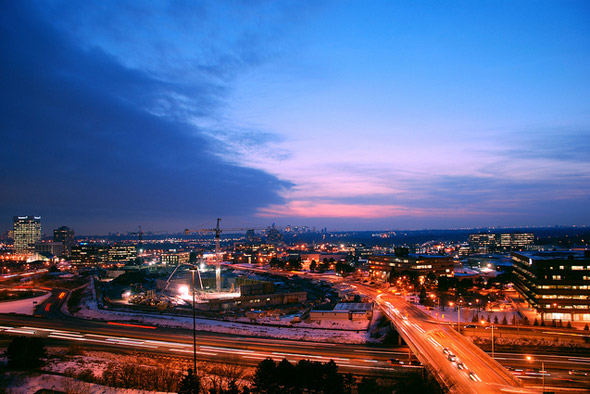 Although Bowie does miss a night here and there when he's not home, he plans on keeping up the series. In fact, the whole reason he's continued to shoot sunsets with such frequency is because he's developed a bit of a following. Originally posting his shots to Facebook under the title "Tonight's View from the Balcony," he tells me that when he took a break early on in the series, he "got emails and messages from people saying 'where are the pics?' Apparently, I had a small audience which I hadn't been aware of so I kept snapping." 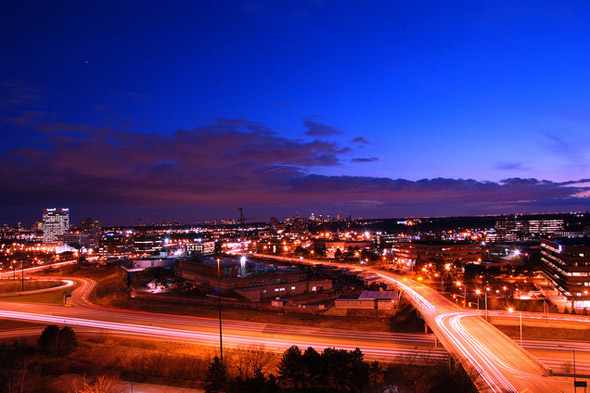 Sunset photos of the landscape around Eglinton and the DVP may not sound particularly interesting, but if you spend a few minutes browsing Bowie's photostream, you might change your mind. Who knows? Maybe this is a gallery show just waiting to happen. I, for one, would be interested to see all of the photos laid out in a gigantic grid.

To check out Bowie's series by date, go here. 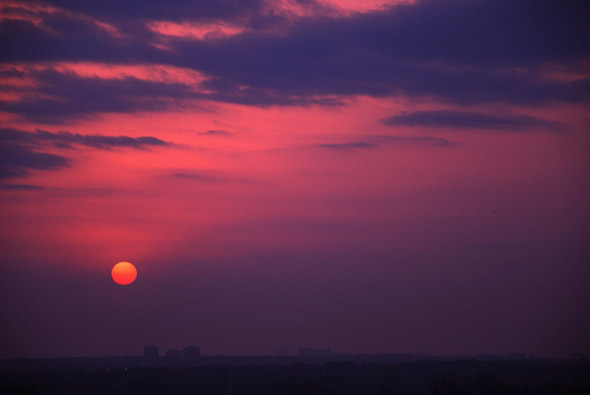