The Kodachrome Toronto archive is the type of photography project that inspires both drool and tears on my part. Both manifestations of nostalgia, the drool represents the desire to somehow transport back to 1985 and explore the Toronto of the photos and the tears acknowledge the impossibility of actually doing so. I'm overstating this a bit, of course, but liking my nostalgic exercises, I was more than a little excited to discover the project.

The work of Astrid Idlewild, the project seeks to create a comprehensive archive of Kodachrome images of Toronto, be they public or private, photos or home movies. The project has evolved out of academic work at McGill University, where its creator/curator is a Master's student in urban planning. 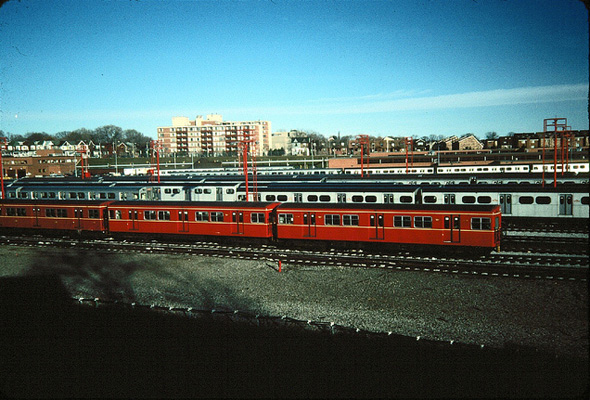 Why just Kodachrome? "Consistency," Idlewild explains. With exception to 1935 through 1938, when Kodak was still trying to stabilize its lab process, Kodachrome's colour palette is remarkably consistent. You can look at a Gloucester TTC car from 1954 and know that that is pretty much how it appeared to the human eye on that day." 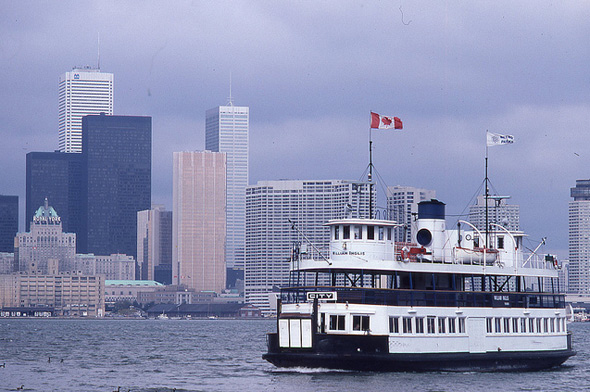 In other words, Kodachrome images might help us with comparative examinations of the city's development. How much, for instance, have things really changed? "Even if some of us might remember how the 1980s looked, we also know that buildings which were present back then don't look the same today," notes Idlewild. " We lose perspective due to our selective memory. It is seldom unbiased the way a photo made at the same time the memory was created might be. So Kodachrome can be useful to see how people used a public space in the past relative to now." 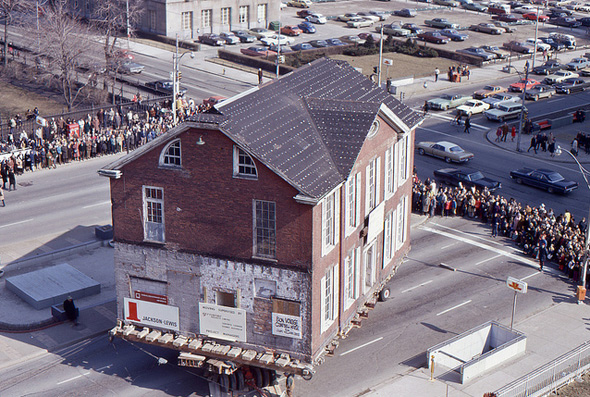 Kodachrome film stopped being made in 2009, but over the course of its 75 years of existence its popularity means that there are almost certainly scores of slides out there that could used for Idlewild's project. The challenge is locating them. The City of Toronto Archives — and the Ellis Wiley fonds in particular — is one such source, but the point of Kodachrome Toronto is to go beyond the established archive and seek out those images that have yet to be discovered.

"Finding where these collections are is requiring both old-skool sleuthing and networking. An online form was recently added to help people get in touch with the project. When I am back in Toronto starting next month (April), I will try to meet with people individually to prepare a general summary of what they have," says Idlewild of the next stages of the project. 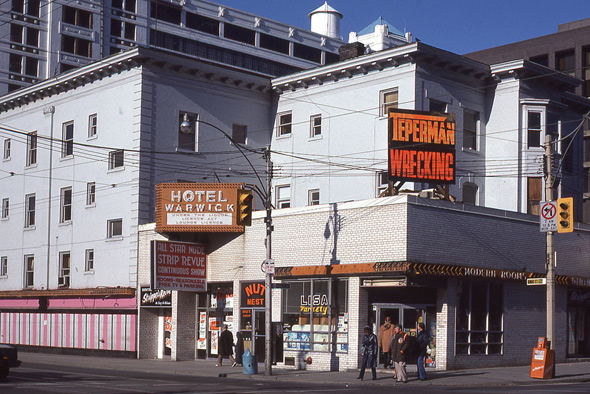 Also a big part of Kodachrome Toronto is a steadily growing Flickr group (see below). In fact, at present, this is a great way to track the private contributions to the project and to see photos of old Toronto that are generally difficult to find in one place. Although it's membership sits at 44 members, there are already over 600 photos in the pool — which is quite significant given the scarcity of colour images in the city's archives for the latter half of the 20th century (over and above the Wiley fonds).

And for Idlewild, it's fascinating to track and examine the remarkable change Toronto experienced during this period. "Toronto went from a clamped-down, Orange Order city in 1935 -- one highly segregated along class, creed, sex, and colour lines -- to an incredibly diverse place we know now. How did these incremental changes appear over time? How did, for instance, Kensington Market reflect that? With Kodachrome, the element of nostalgia, the abstraction of black-and-white, and the alienation of a faded photograph can be set aside for qualitative and solid comparative research." 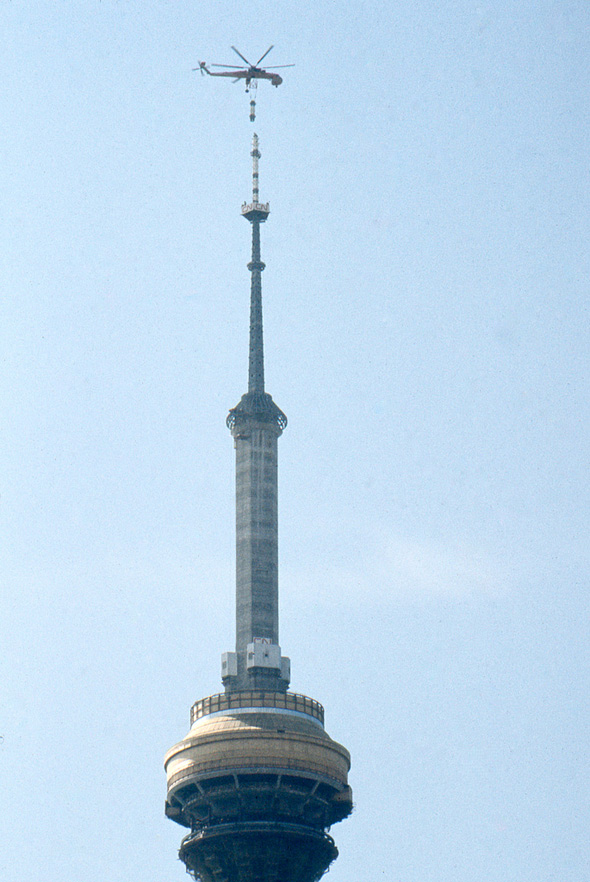 Check out the slideshow below for more images from the Kodachrome Toronto Flickr pool.