Illustration is ever-present in our fare city. From our cereal boxes to the billboards poking their heads up alongside the Gardiner to this blog. In so few words, illustration is multidimensional. And come this Thursday, Queen West's historic Burroughes Building will be plastered with the next generation of illustration.

Known as Canada's largest arts and design school in Canada, Sheridan College's illustration's graduate students have their much-acclaimed annual gallery primed and ready. Under the umbrella of Illustrators are Multidimensional, the young artists are ready to take their art to the streets of Toronto. Well, to Queen Street West to be precise. 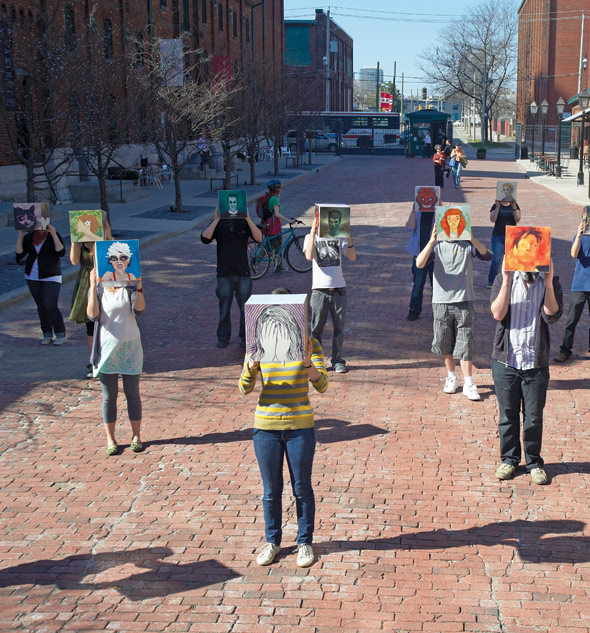 Playing on the multidimensional theme, aside from the actual exhibition, the 70-something students published a book of their work, built an interactive website, each created a one-foot cube with six different sides of illustrations, and shot a video using said art cubes. The stop motion video has the artists setting up the cubes in various patterns throughout the city.

"It's really important for our students not to see boundaries or barriers in media, but to see the walls people put up being porous to illustrators," explains Joe Morse, program co-ordinator of Sheridan's BAA Illustration program. Morse, himself an acclaimed artist, has been recognized with more than 150 international awards and has had his work featured in Rolling Stone magazine, Esquire and the New York Times.

Working in collaboration with Rethink Communications -- who just opened a Toronto office -- the Sheridan students want to show the diversity in art, namely today's illustration. They acquire the gallery space (it will be on the sixth floor and rooftop of the Burroughes), and handle the marketing, press and promotion of the show. 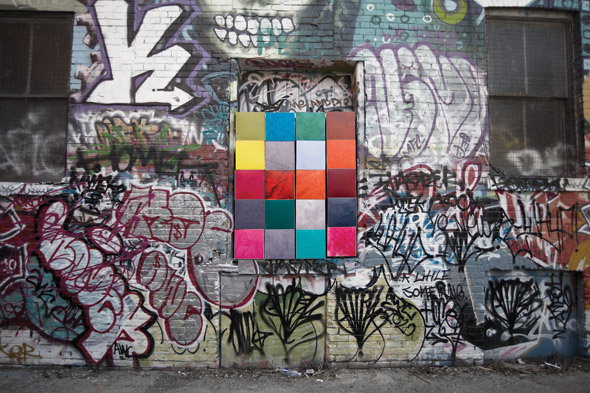 With no two pieces of the exhibit alike, the artists are widely influenced and trained in their craft. There are traditional painters and narrative-based works. From comic book artists to motion graphic illustrations. And fine arts pieces to loose, interpretative art. The multidimensional theme is simply the cohesive glue to tie the varying work together.

"One thing you are going to notice when you go to the show is that no two boards are the same," says Kate Noyes, one of the exhibiting artists and co-organizer of the show. "The concept -- Illustrators are Multidimensional -- really encapsulates that idea."

The annual Sheridan Illustration grad show, now in its 15th year, chooses Toronto -- especially the West Queen West backdrop -- because of its accessibility to the art world. The desire is to be plugged into the proverbially tight-knit network. As many of the grads are ready to pounce on the market, they want to test their mettle with Toronto's publishers, design houses and art directors -- a.k.a. the industry.

"Toronto acts as quite a hub, and you get the right kind of resources and vibe for the kind of work students are putting together," Morse further explained in his cool, collected tone. "It's important for us, as a suburban school [in Oakville], to have the students look at different marketplaces and have them move in."

"We are really building a profile for the program to be known outside of these walls," Noyes added.

To see more than just the work below, you can visit the exhibition website. 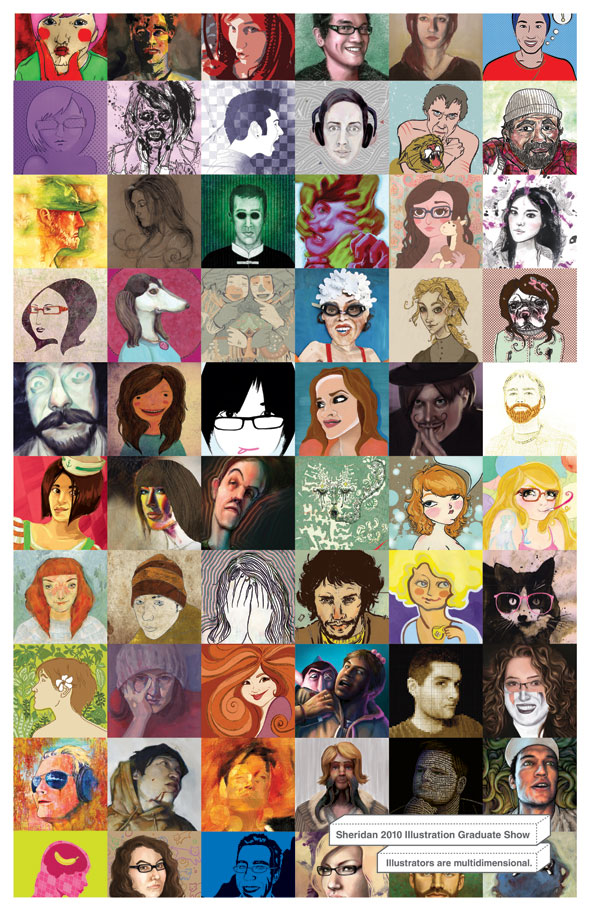 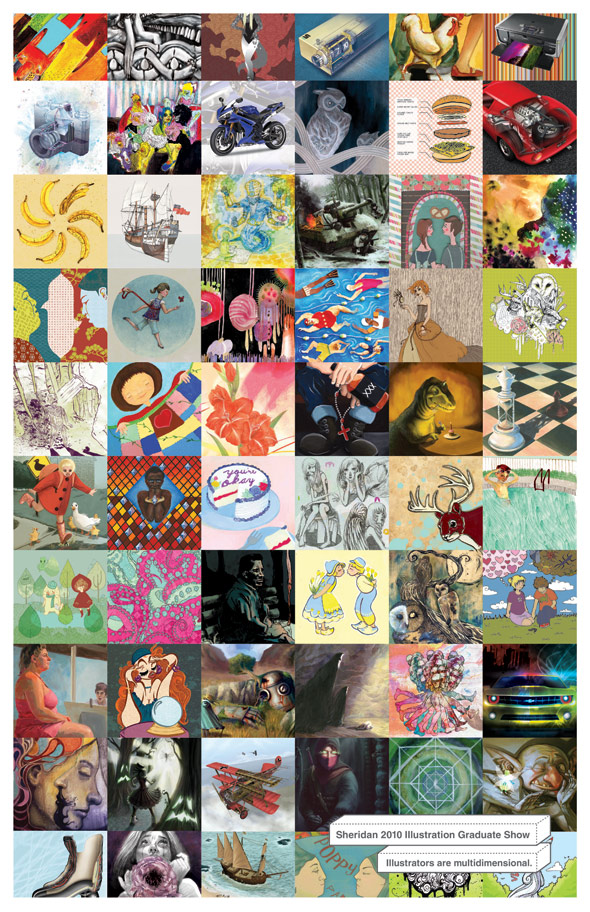